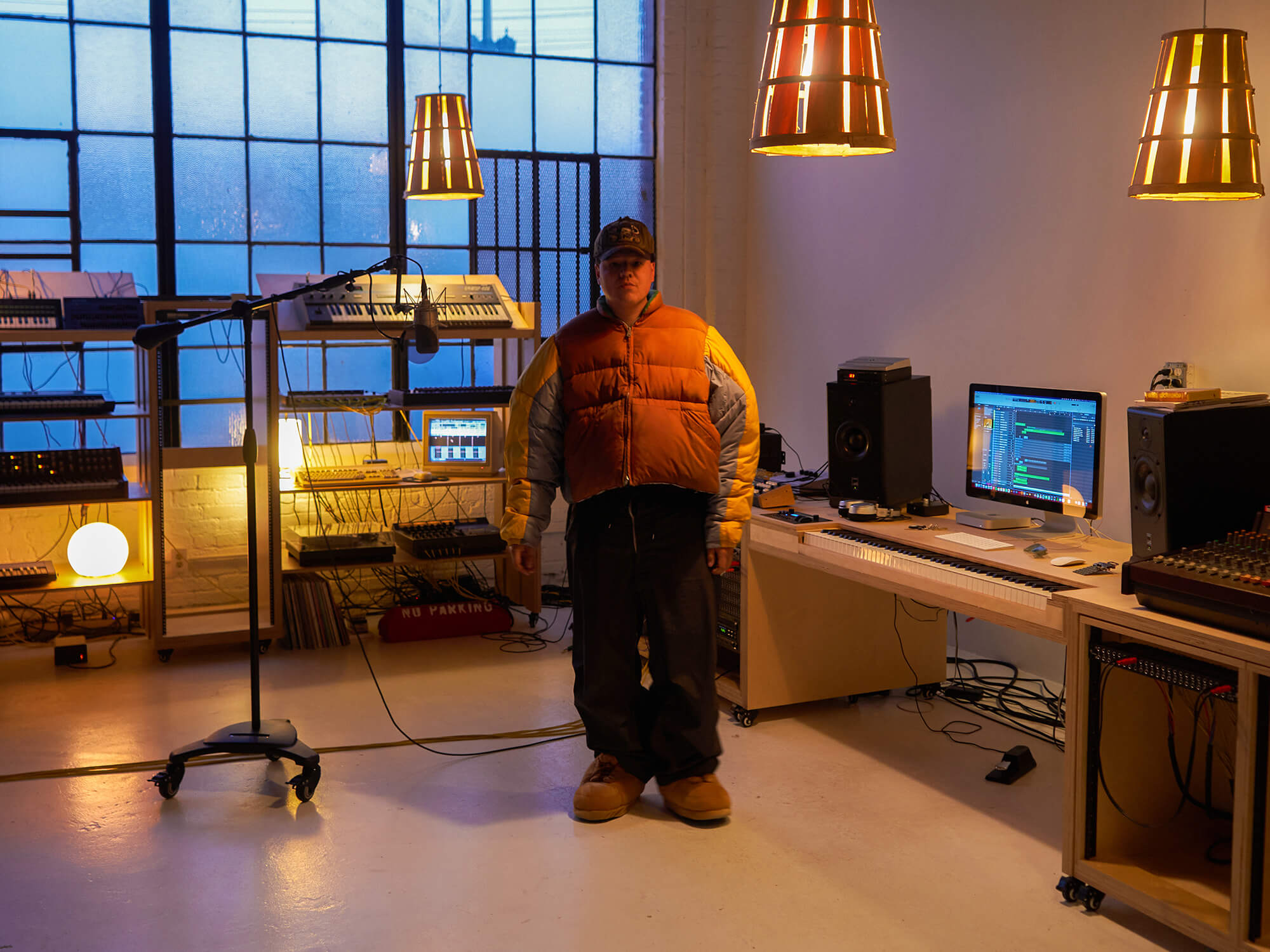 Deaton Chris Anthony shows us round his high-end-hardware-rich LA-based forever studio, in which he’ll stay for “the next 75 years”, he says.

Deaton Chris Anthony is an indefatigable producer whose original style, work ethic and personality have attracted collaborations with some of the most exciting names in the industry. His inputs on RACECAR with Clairo, Coco and Clair Clair and Charli XCX’s latest album, Crash, were, as he puts it, moments to learn about himself as a producer, while his solo projects are where he obsesses over details.

Now housed in his dream studio in LA that he’s been aspiring to and planning for 10 years, Deaton uses an array of delicious hardware to make classy, characterful and unpredictable music. On his new solo album, SID THE KID, he adds yet another side to this unique multi-faceted shape, exploring distorted punk pop flavours littered with game soundtrack-esque bleeps and songs he describes as “memes”. We step into the studio to find out how Deaton uses his space, works with others and why Baloran’s The River poly synthesizer is a dream piece of kit.

Hey Deaton, you’ve worked with some awesome artists. But how do those collaborative sessions inspire your own projects? Do you work differently on your solo projects?

Collaborating to me is just a time to learn – learn how to be a “musician” and what I want out of music. Usually, when I step outside of myself, I learn who I really am.

My solo projects are obsessive and high detail. Even if some songs don’t come across that way, I can’t seem to walk away until it’s perfect in my head. I always think about that one person who listens to one of my songs hoping they discover something new after the millionth listen.

Your last album, BOOGY WOOGY was aptly a dance-orientated album – SID THE KID is a little more alternative. What influenced this?

The only way for me to get really excited about a project is if it challenges me. I always steered clear of guitars as the centre of my music since I can’t really play one, so going into this project knowing nothing about guitars really kept me hungry.

It sounds like you have the ability to slip into pretty much any genre and put your own spin on it. How does your process change for different styles?

This is the fun part of my process – my signature really. I basically crate dig on YouTube for months and create these big playlists that score the world I see in my head. Every time I drive, do the dishes, work on clothes, etc. I shuffle the playlist and try to rewire my default habits while making music all to find my point of view in these different pairs of shoes. 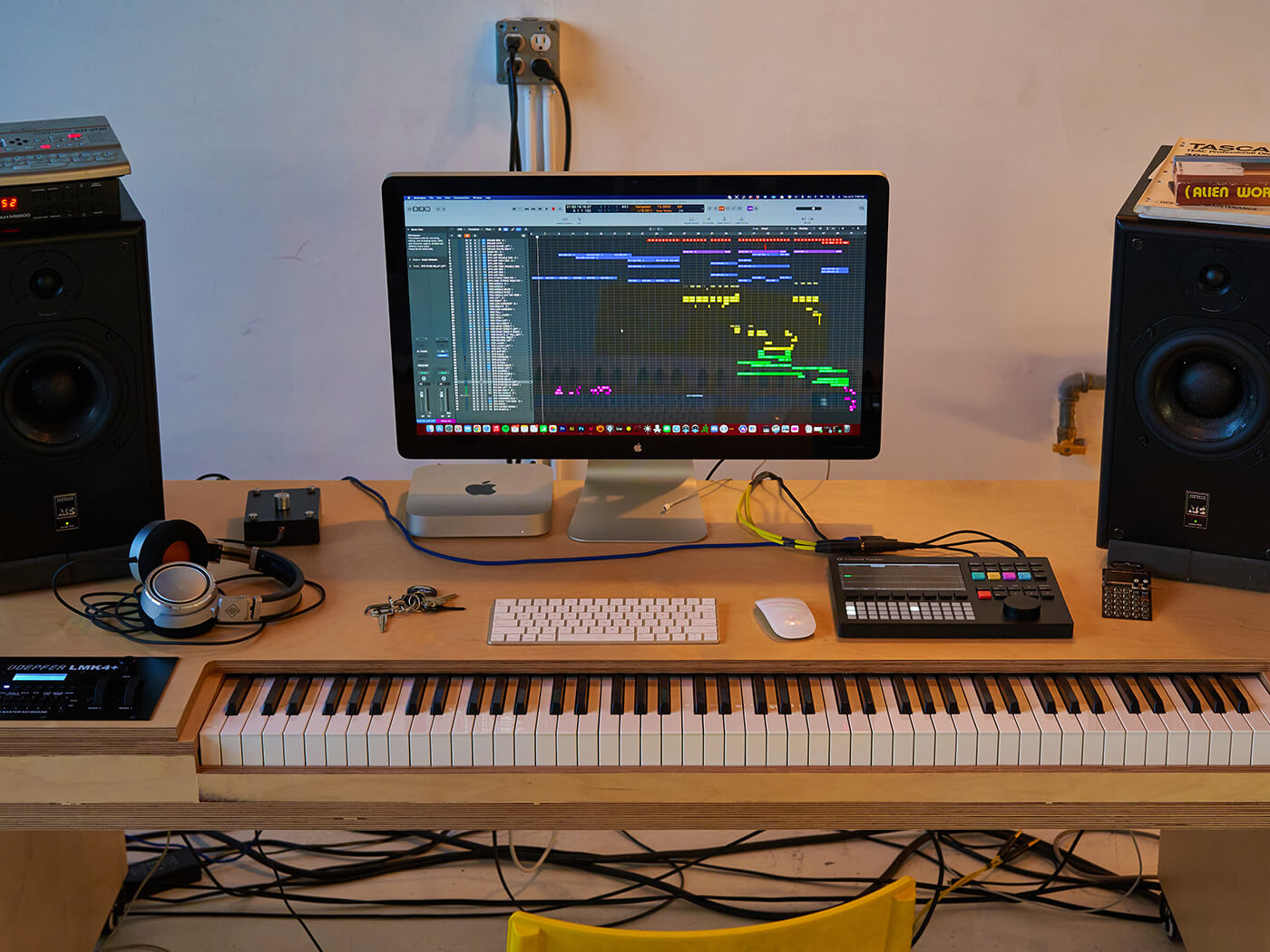 I am officially moved into Studio 7, the other half of Studio 75 near the 6th street bridge in Los Angeles. This is my dream studio and where I’ll be for the next 75 years. I spent months dreaming up what the studio will look like in 10 years so that I know where I’m going when acquiring new gear. The space is meant for collaboration. We can lock ourselves in here for a week and probably emerge with a few happy accidents.

The studio is centred around a couple of sequencers. The Sequentix Cirklon is the hub with all midi running through. It’s a club workhorse but I find I arrive at better writing when I treat it like a DAW – aux and accumulators, baby! Then I’ve got my Amiga which is my trusty inspiration creator. It just has that ‘sound’ and it’s so limited that I find it’s a hit maker every time. Four tracks – simplicity! 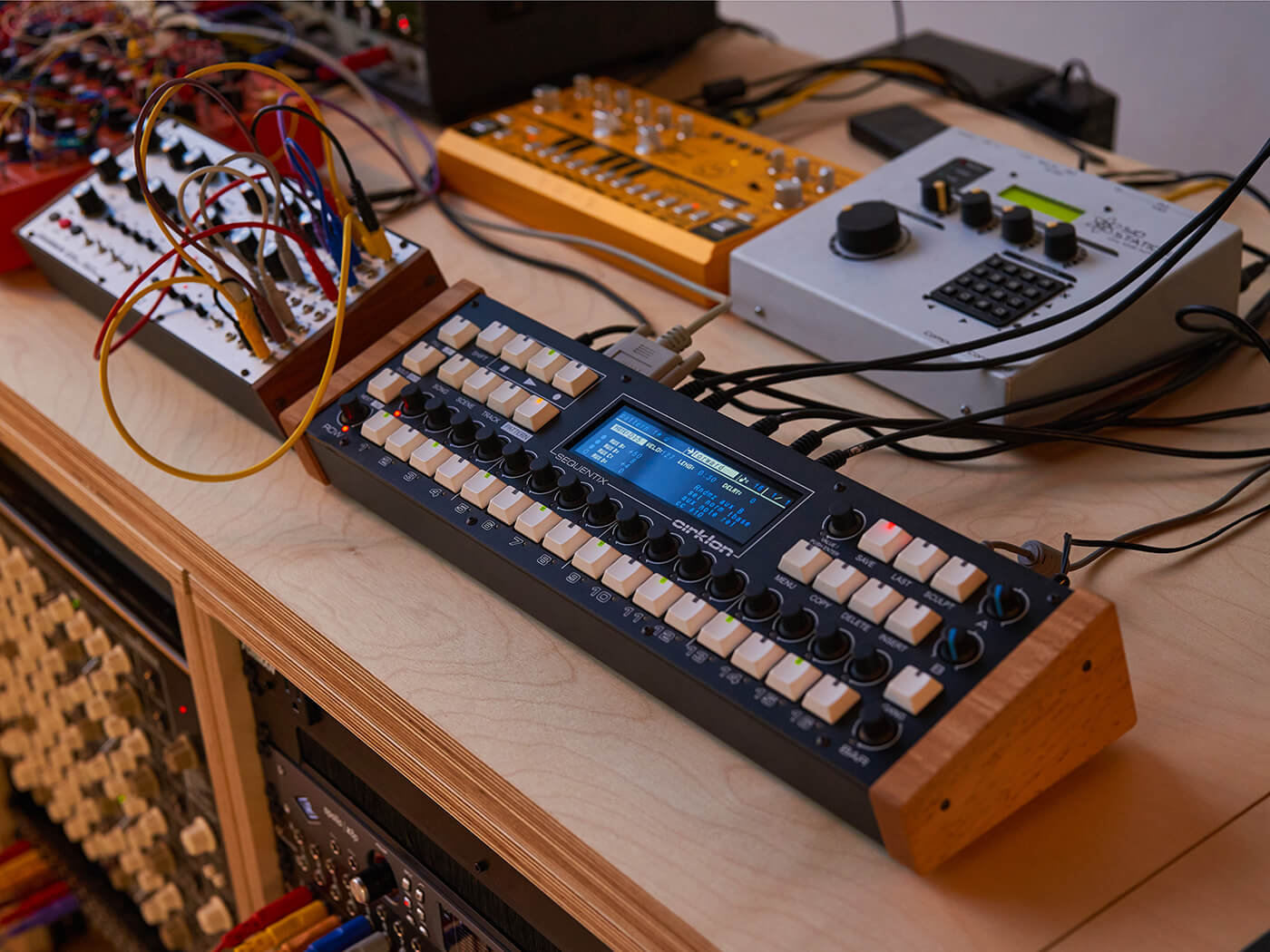 With every session I produce, it’s a must we laugh it out before. True joy is contagious and when I get all my gear talking to each other, I’m just smiling ear to ear. I see lightbulbs turn on in others and they start twisting knobs and interacting. The best ideas come in those first few minutes and it never fails.

I’m a Logic Pro dude and have been since the day I started. It sounds really transparent which I want with the nuance of my old gear. Ableton Live is so fun, though. I watch my friends peruse around Ableton Live and I just have to laugh at how easy some processes are. Warp – hello? Apple, is anyone home? 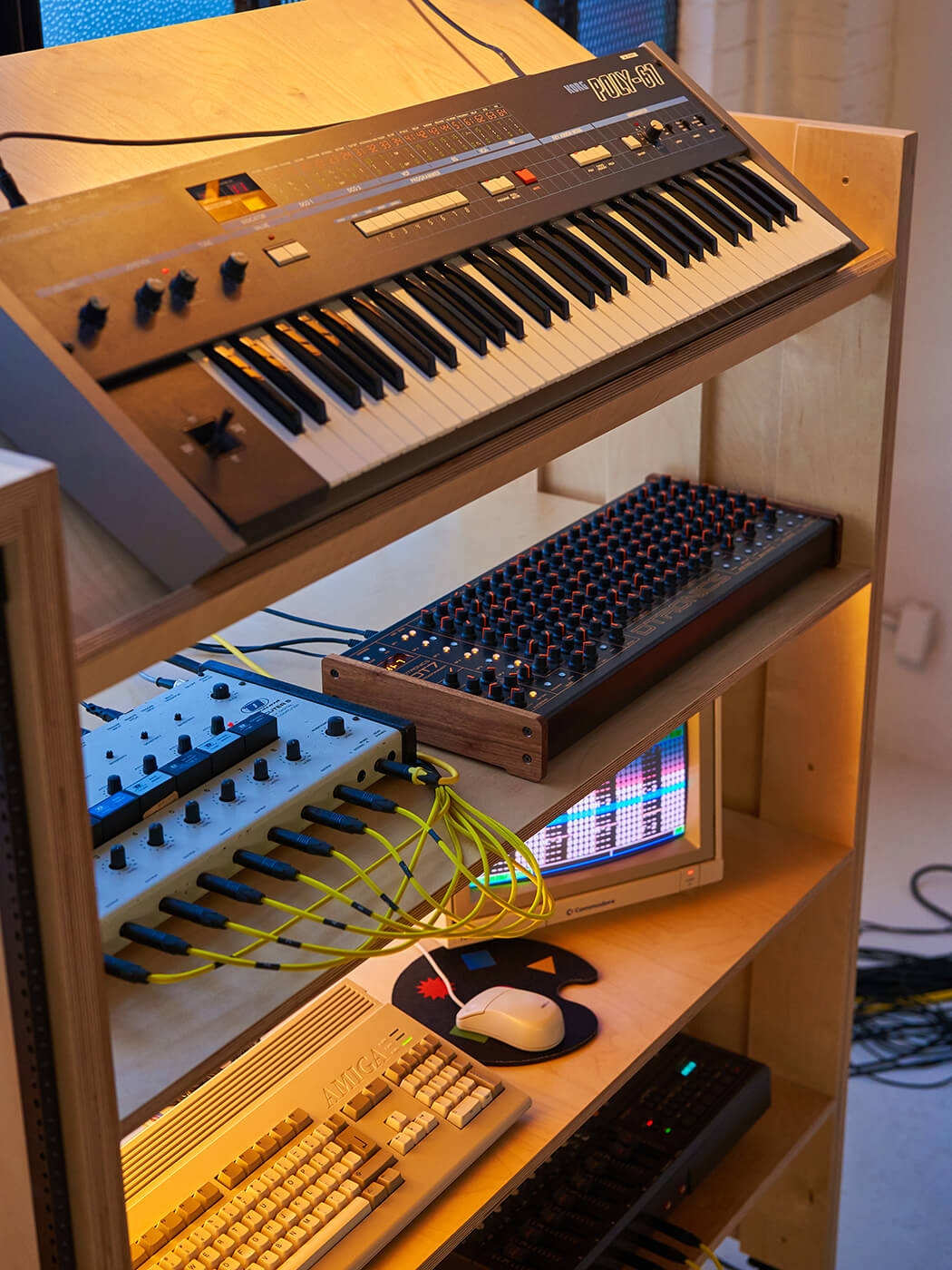 Baloran The River is magic. No other instrument makes me feel the way it does. All I can think is that Laurent [Lecatelier] put a lot of love into these machines.

What synth or effect can be heard the most on SID THE KID?

Elektron’s SidStation was the big “ah-ha” moment for me. First off, it’s a total coincidence relating to my album’s name, SID THE KID. This changed everything, though. The sound matched the story and concept which is key to my production. When sounds have meaning, you tend to get great music. 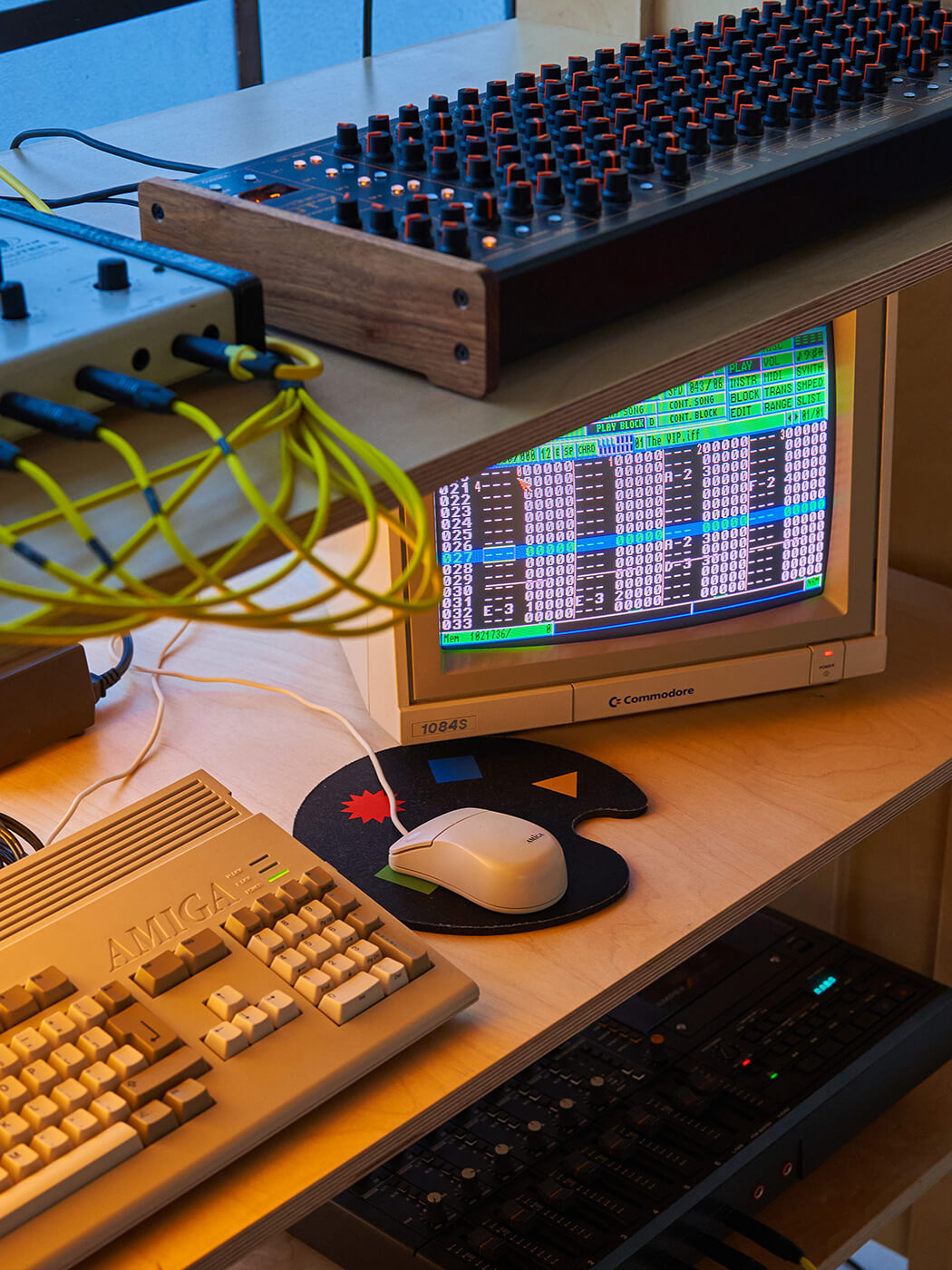 Talk us through the retro games samples in R3AL EYE$ and throughout the album.

The SID chip became such a pivotal idea for the record that it became a game in itself to try and recreate those 8-bit glitches. Actually, most were made on my Moogfest Subharmonicon. I had to include Moogfest, not to be pretentious, but it’s seriously so different compared to the official Moog Subharmonicon. This thing is noisy as can be and feels alive. It’s a shame Moog ended up fixing the problems that made it special.

The Yamaha VP1 – with the programmer too. That’s the one that got away. 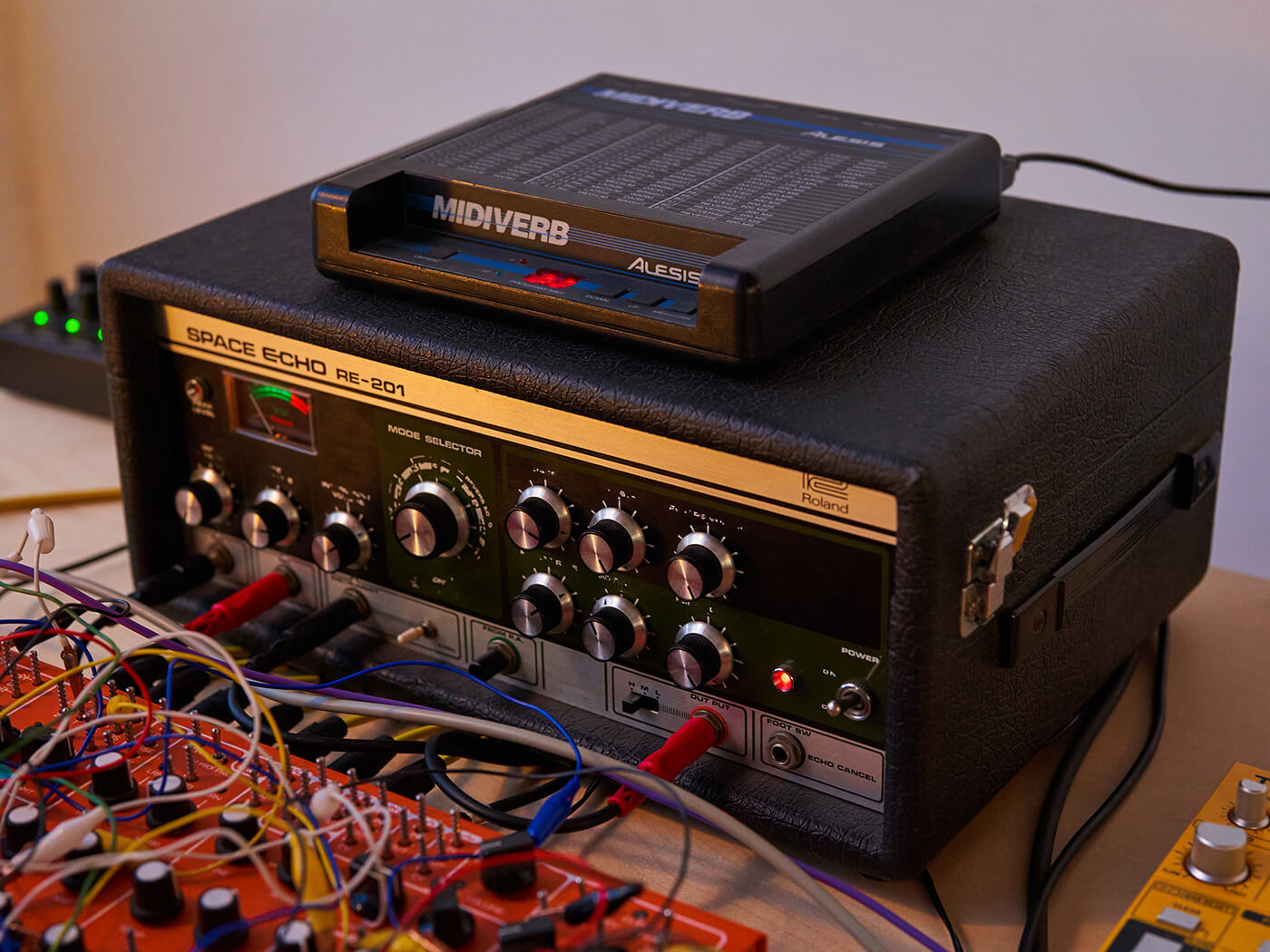 Baloran The River all day. I’m telling you, it’s it.

Sample. Just do it. Learn it. Become it. It’s the way. 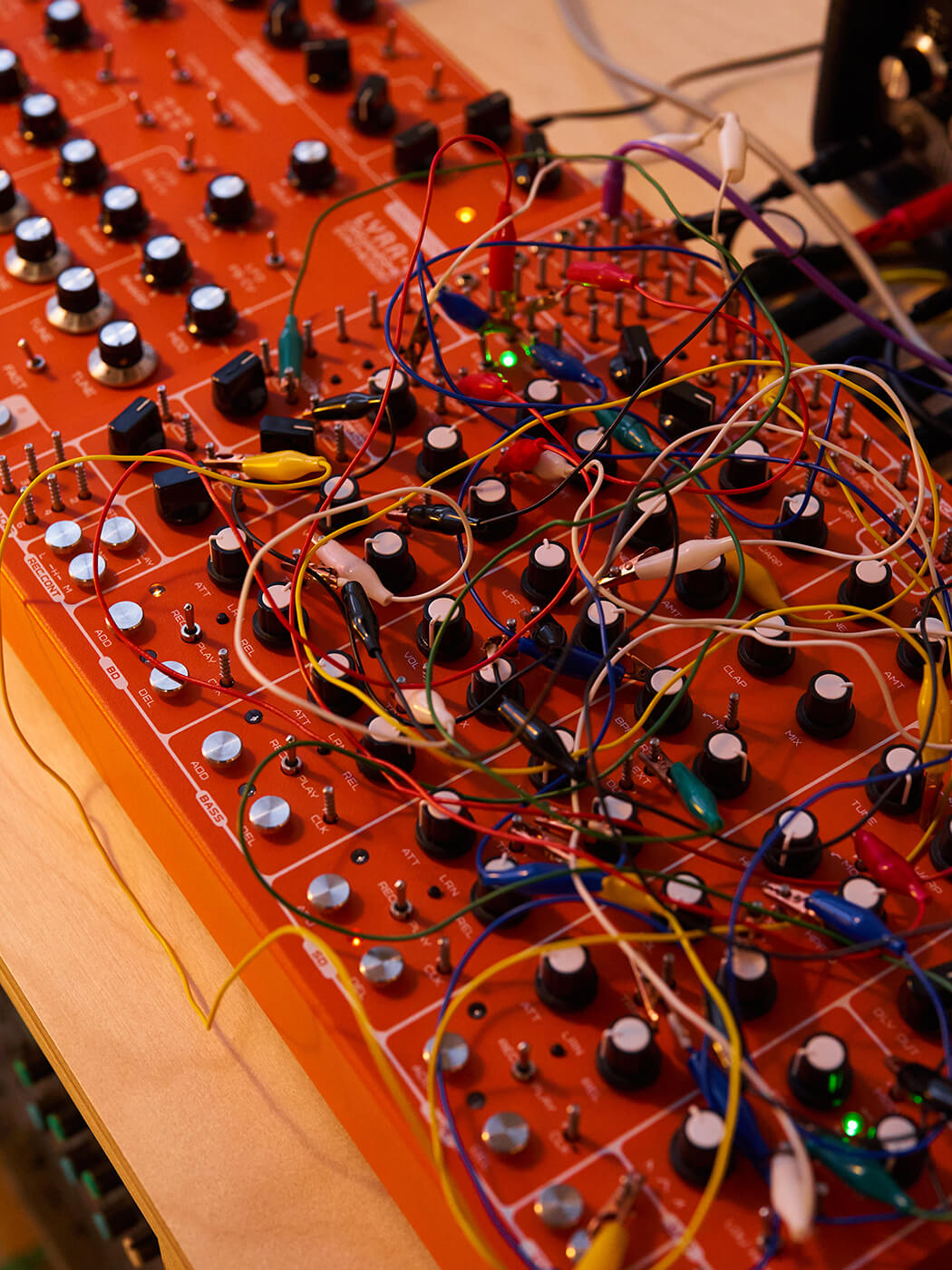 SID THE KID is out now.