In the lead-up to his next album, the Berlin-based producer and DJ invites us into his creative space and explains why less is always more. 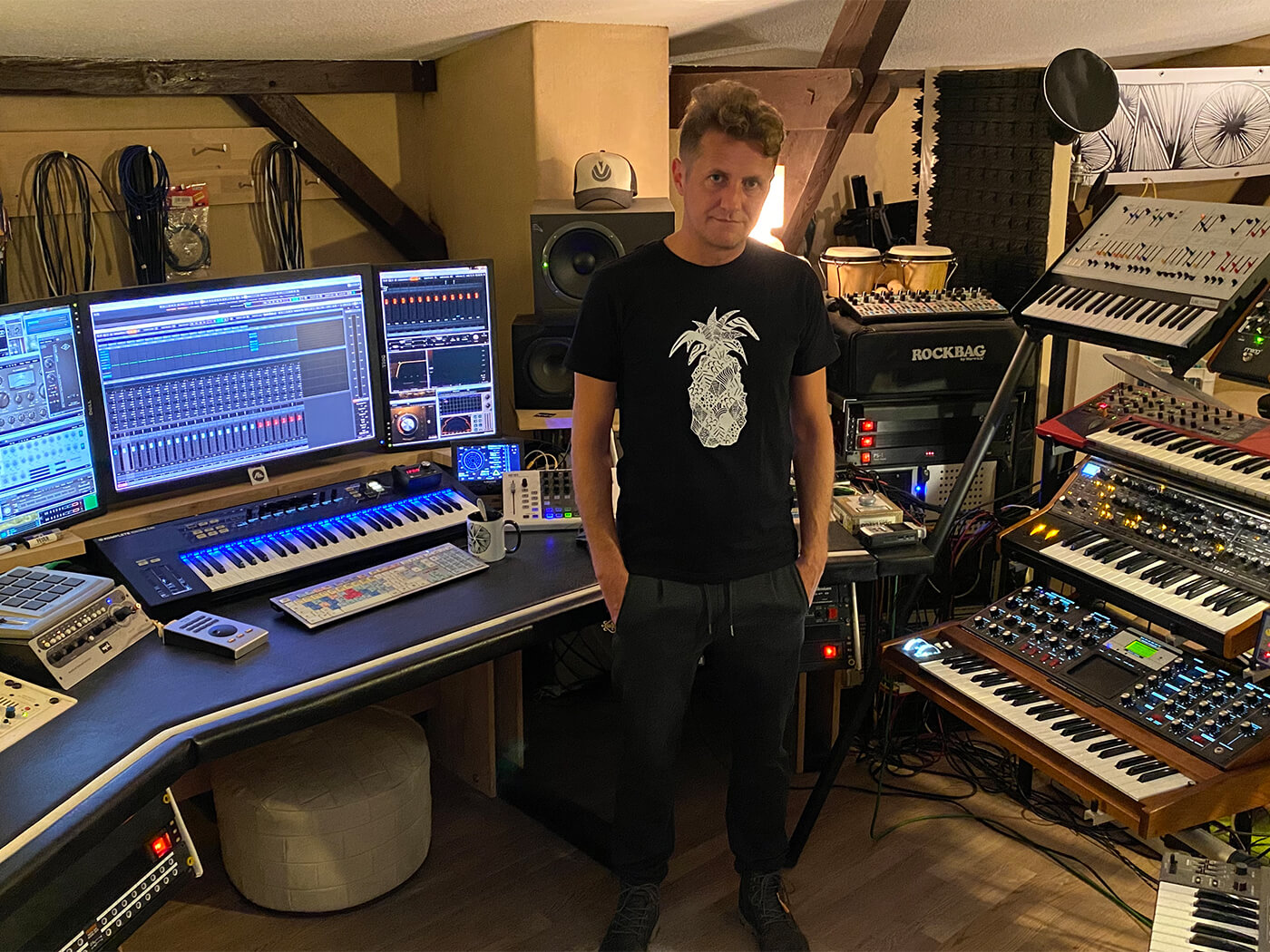 Andreas Henneberg has lived and breathed dance music for over 20 years, wearing multiple hats as a producer, DJ, label owner, and mastering engineer. He’s the founder of SNOE, Voltage Musique, Hennon and Cascandy record labels and is part of The Glitz, a production duo with Daniel Nitsch. As the house veteran gets ready to drop his next album, All Right Now, we dropped by his Berlin studio to check out his impressive collection of gear and learn why it’s not always necessary to be your own mixing and mastering engineer. 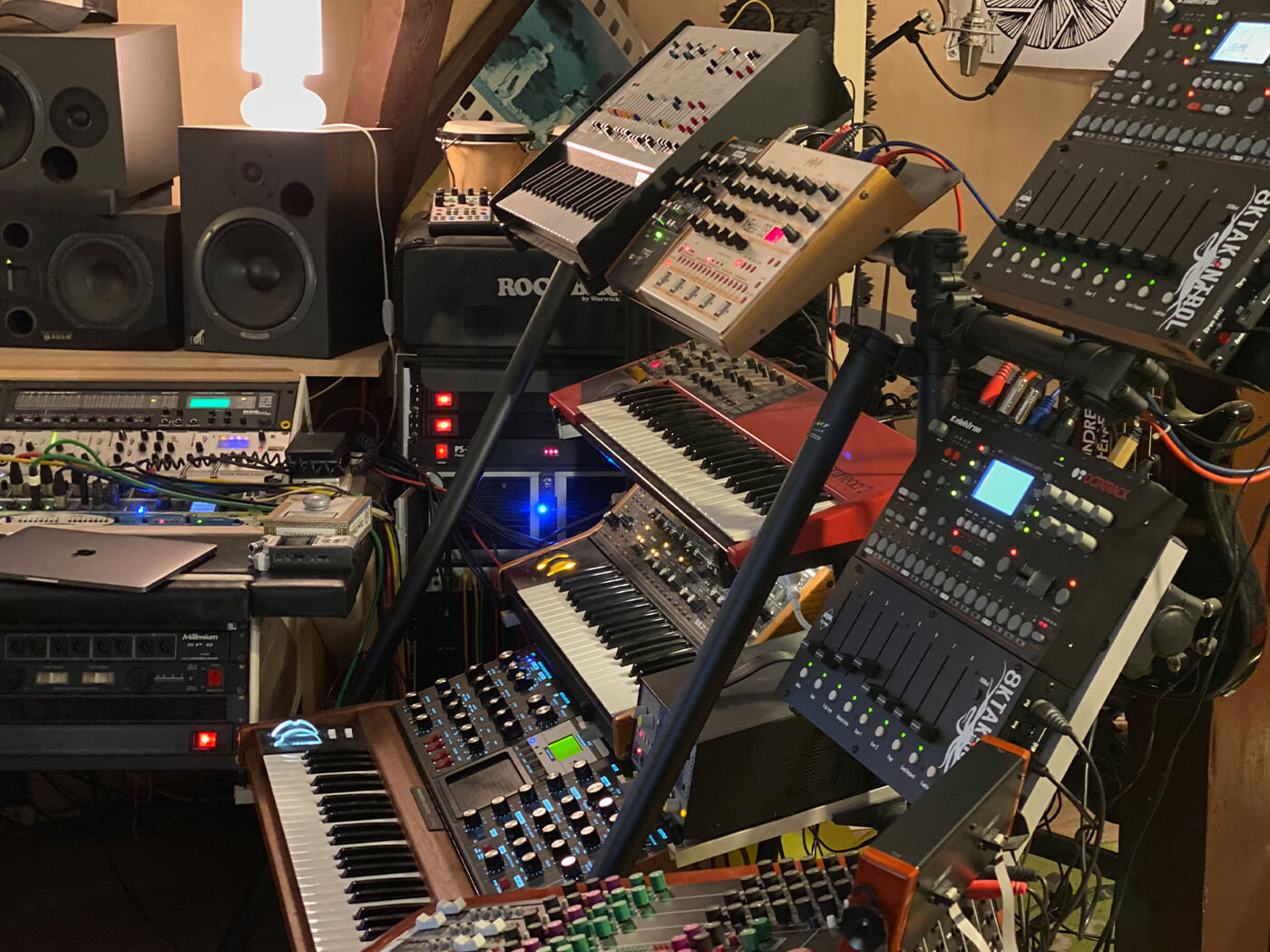 Tell us a bit about the studio, Andreas!

My studio is located in the beautiful south of Berlin on the property of my parent’s house. A huge garage used for truck repairs back in the 1960s by the previous owner is located next to the house. Above the garage is an office space which I transformed into my studio in the mid-90s. No neighbours, no rent, close to my wonderful parents and just 15 minutes away from where I live. In 2010 I quit my job and focused on touring, music production and audio mastering. Around this time, the studio got a complete renovation with professional audio measurement and new equipment. The 50 square-meter room has acoustic carpets on the walls to get a dry sound without reflections or echoes. The highness of the room opens up behind me and luckily there was no need to install any absorbers or traps to get a linear and natural sound, which is fantastic.

In the beginning, I recorded bands and vocalists but quickly realised that this place is not made for stuff like this. Since I mainly focus on electronic music, I now use the studio only for music production, mixing and mastering jobs. Sometimes I have clients coming to the studio for mixing and mastering, but I’m mostly alone in here. It’s also not suited to rent out. Nobody would understand the setup and all the routings. It’s pretty personalised. 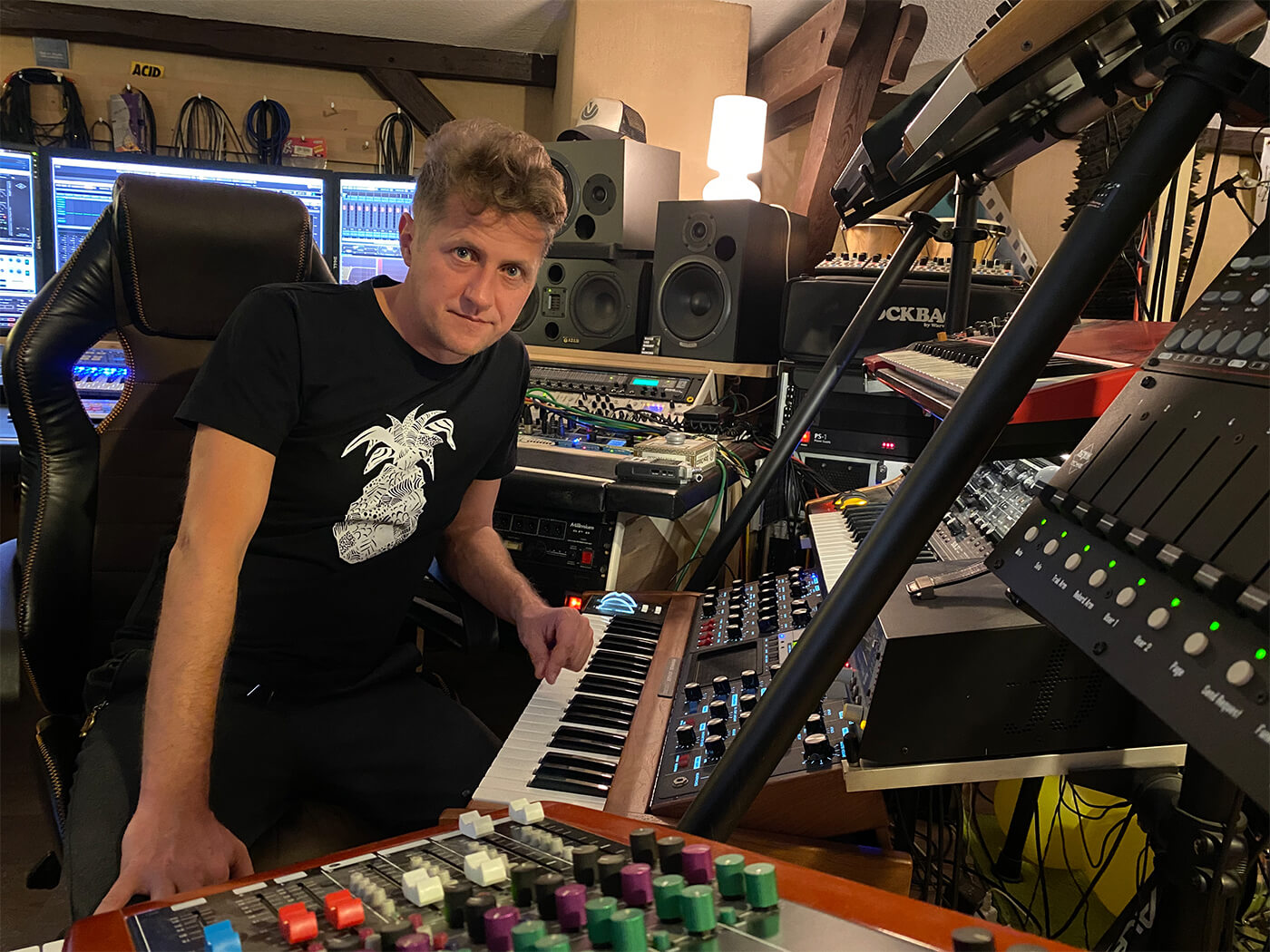 I’ve used Steinberg’s Cubase since their first version and never changed.
That’s a long term relationship and I saw the whole thing grow into what it is now. There may be better DAWs out there, but for me, it’s much more important to know how to use it. The only thing I’m still missing in Cubase is a comfortable and easy to use MIDI learn function for plug-ins and internal parameters to map external knobs or encoders.

It looks like you have most of what you need around you in the studio. How much editing, creating and arranging happens in your DAW?

Computers and DAWs were pretty poor when I started producing electronic music. Dynamics, effects, synths and mixing was only possible with hardware equipment and the computer was just used for sending MIDI files, recording audio and a bit of track arranging. For me, all of this changed around 2008, when plug-ins and DAWs became better and more flexible thanks to faster computers and DSP platforms. The big advantage of a computer-based setup was the total recall of a mix. It felt like a dream to just re-open a project after four weeks and all the mixer settings, synths and dynamics are just loaded with the same settings. At this point, I sold a lot of my outboard equipment and spent money on plug-ins and DSPs like the SSL Duende and the UAD system. 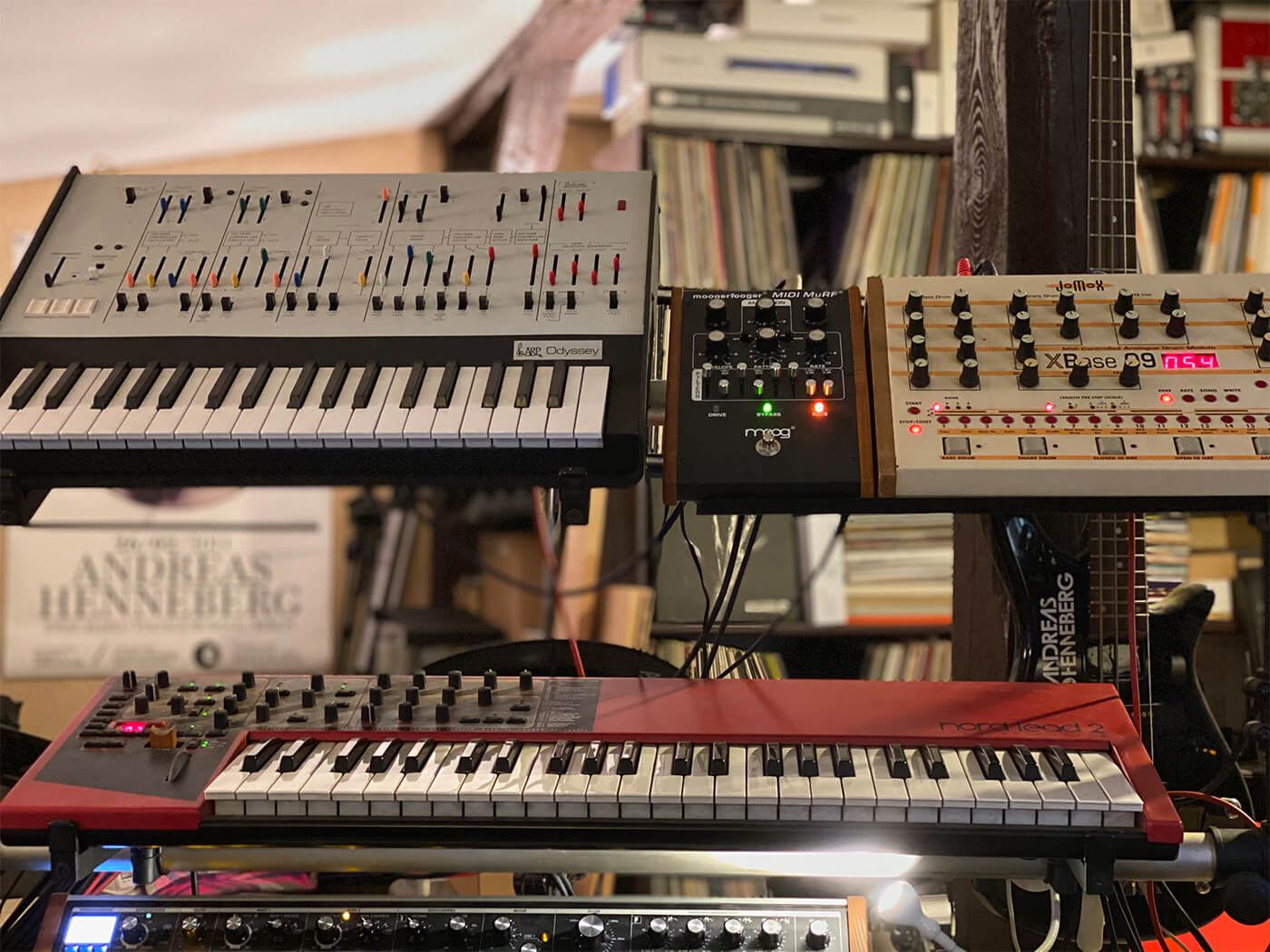 I sold my 2 big Fostex mixing desks and invested into RME converters with lots of channels to be able to mix everything in the box. I still do it like that. The only outboard I can’t live without are tone generators and synths. Those are a big part of being creative and getting into the right vibe.

I like it cosy, warm and comfortable, just like my couch at home. Everything is close by and easy to reach. The light is warm, the chair is snug and the coffee tastes good. Everything is connected, synced and ready to play. I don’t change my routings or the setup very often, which helps me drive it like a car. I also learned to keep just the things I really need nearby. All the things I don’t use frequently are not part of my studio anymore. 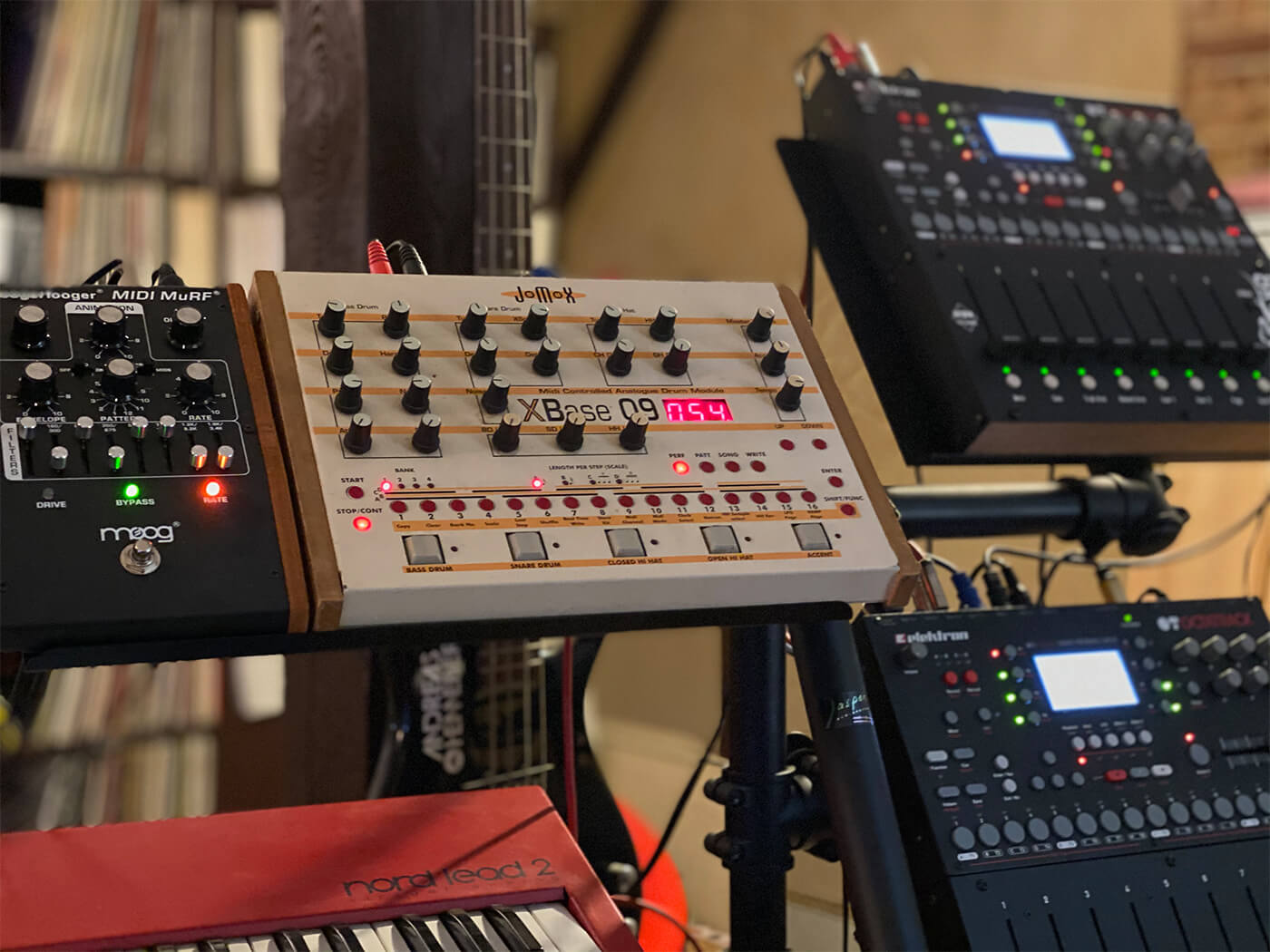 Interesting to see a Jomox XBase 09! How much use does it get on your album All Right Now?

The Jomox XBase 09 was one of my very first machines. I bought it in 1997 and it was the very first model they did. It came with lots of bugs and imperfections. The only way to fix its issues was to exchange some chips and stuff. I never fixed it and now I’m super happy about it. I use the analogue snare section a lot. Some of the snare-rolls and fills are made with the XBase. The modulation, pitch and warmth of the fully analogue sound production of the XBase 09 is pretty unique and hard to copy with any software plug-in. On the other hand, it comes with a pretty nasty DC-Offset which makes it hard to include the sounds into a mix. 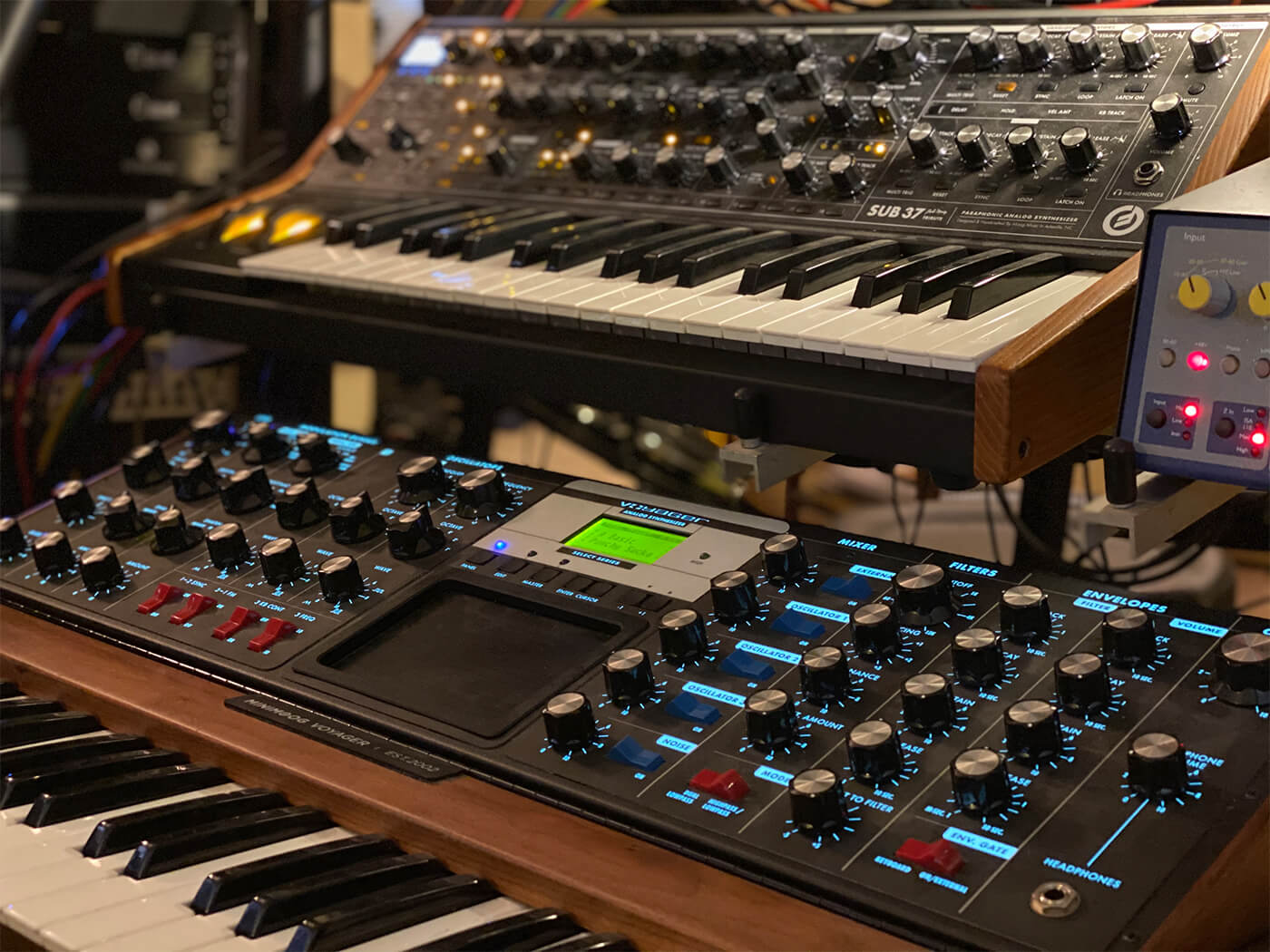 Which items were essential in creating your album?

The most essential tool is the Minimoog Voyager. Especially from a creative point of view. It’s the essence of a synth with direct access to all important parameters. Not more, not less. Nearly every creative session starts with a jam on the Voyager. The only plan I had when I started my album was to create an album made for the dance floor. To get into the vibe, you need something inspiring that leads you to other ideas. Five minutes on the Voyager can be incredibly inspiring to start something new. Often these sounds are not even a part of the final song anymore.

The ARC remote from RME. It’s nothing more than a remote control for my UFX interface at the end. I killed countless analogue monitor controllers within the last 20 years and I’m so happy to be able to adjust the volume directly inside the audio interface with a simple encoder now. Game changer! 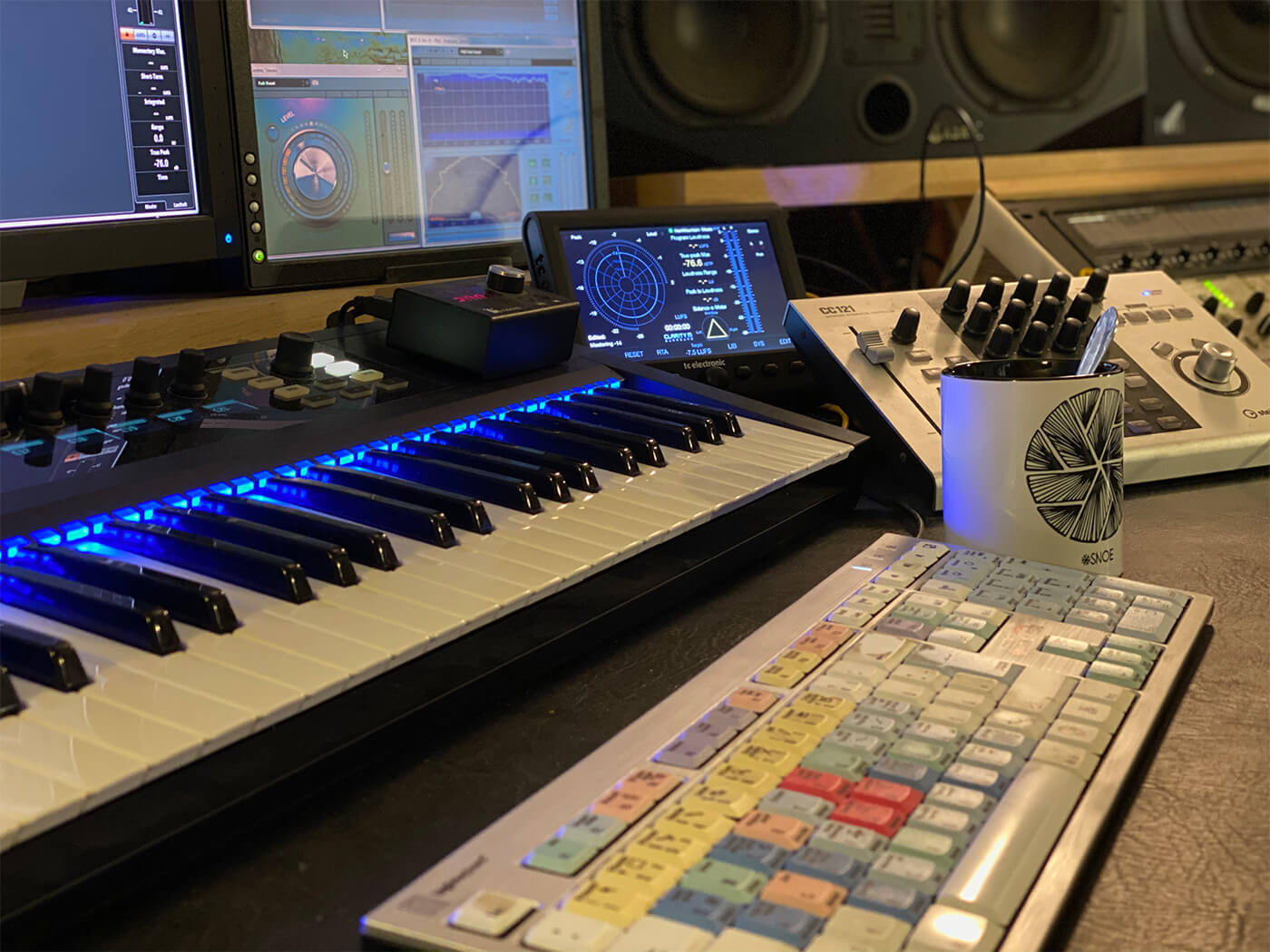 The most important things are my speakers. It’s like a long-term relationship where you learn each other. The more you know your speakers, the more you know how your music will sound. The biggest investment is my computer, the converters and the DSPs. I spent a lot of money on UAD plug-ins because I won’t buy any hardware dynamics anymore. Since I said goodbye to analogue mixing desks it was very important to invest in good AD/DA converters. I like direct routings for everything without the need for patch bays. Same for all MIDI connections where every instrument gets its own port and not just its own channel. I spend most of the money on a clean and stable infrastructure and flexible but comfortable routing. 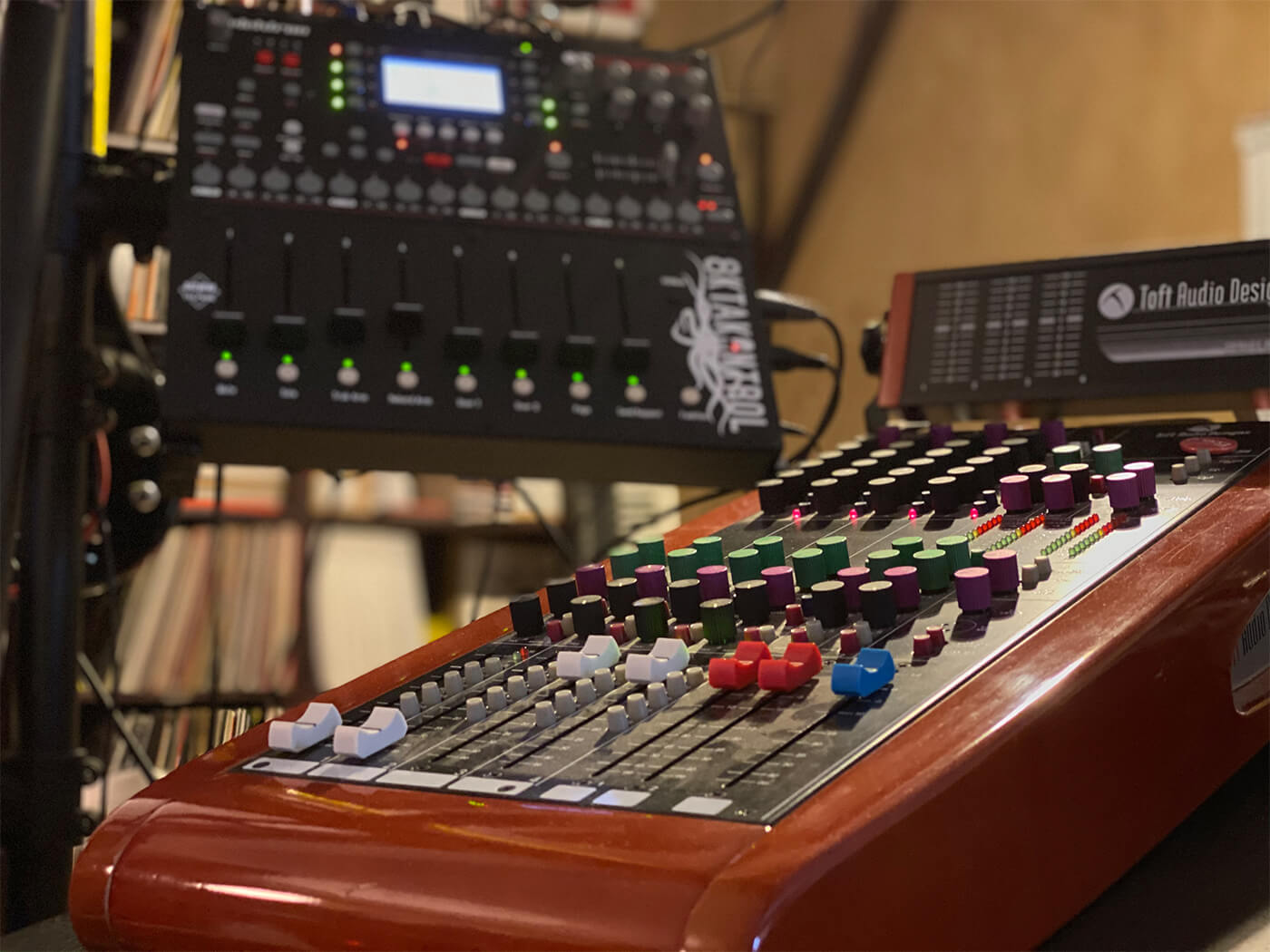 The next big investment will be a new mid-range speaker setup including a subwoofer and stands. The current setup is still fantastic and it will definitely stay where it is, but after over 10 years I feel the need of a little upgrade and refreshment. It’s a pretty big investment and due to COVID-19 and the financial issues involved it has to wait a bit, unfortunately.

I love to collaborate and make music with different creatives. It’s really frustrating not to have the possibility to work together online in a practical, fluent and cross-platform environment in 2020. My friend and colleague Daniel Nitsch and I have been running our project, The Glitz, since 2006. Daniel lives on the Baltic Sea which is around three hours away from my studio in Berlin. How wonderful it would be if we could make music together, in the same project, at the same time, at different locations. 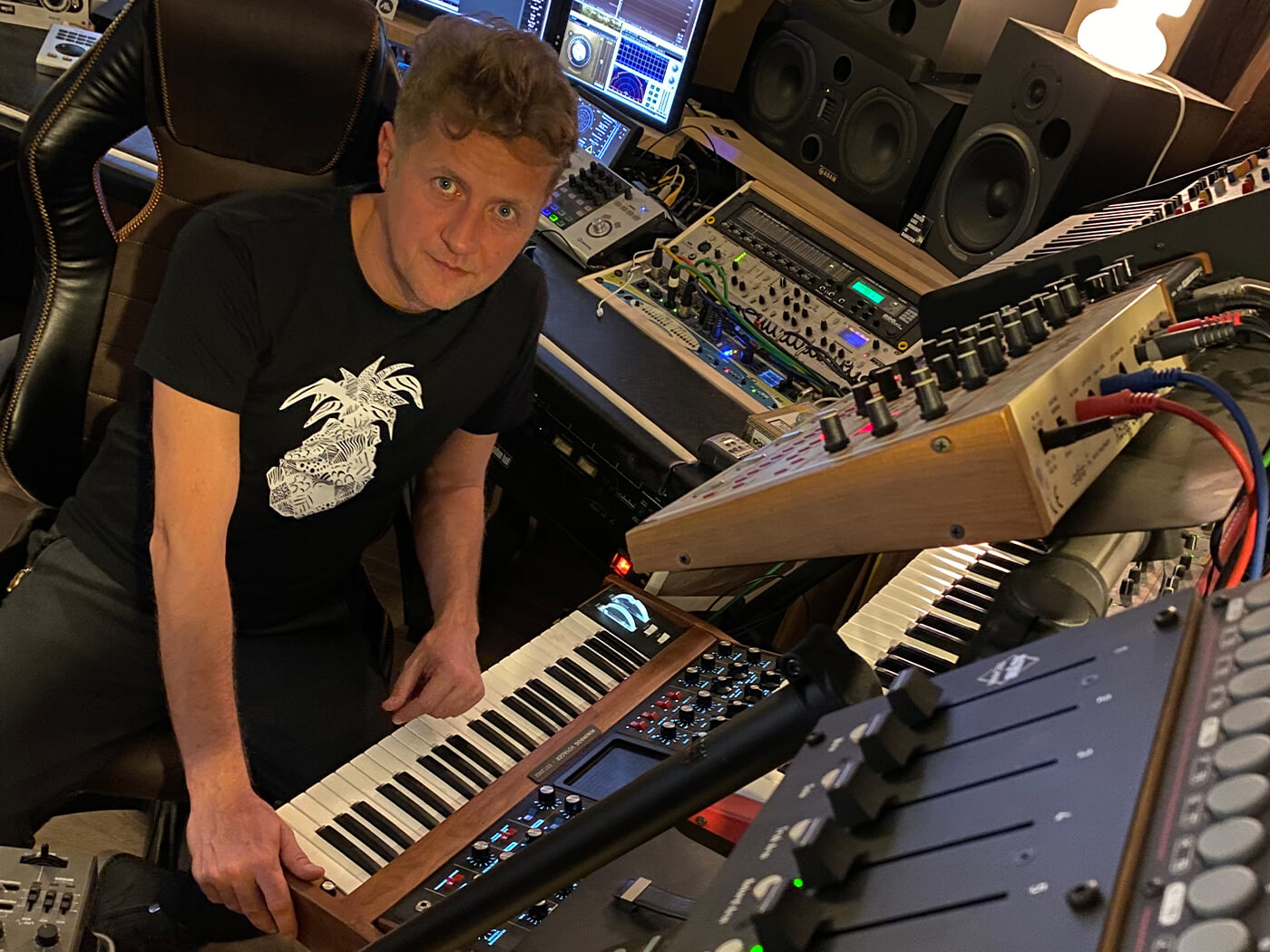 Yamaha teamed up with Steinberg a while ago the create the NUAGE.
It’s more or less a massive controller for direct access to all mixing parameters on your computer system. An oversized DAW controller for a ton of money. But hey, it would look great in my studio and I would even kick out the sofa for that beauty.

Do your own thing. The creative process is an extremely personal thing. Don’t block yourself too much by copying your idols or achieving a certain kind of sound and style. Get inspired by accidents and hazards, instead of planning everything from the beginning on. Lots of highly studied musicians have trouble just being creative. It’s so much more fun to create a mind-blowing sound on a synth which leads you into whatever is next, rather than having a great melody and clicking through presets of your favourite plug-in. Try to stay focused on your creativity instead of nerding around with EQs, mixing, or arrangement related things. Try to keep up the unique vibe of a creative session as long as possible. 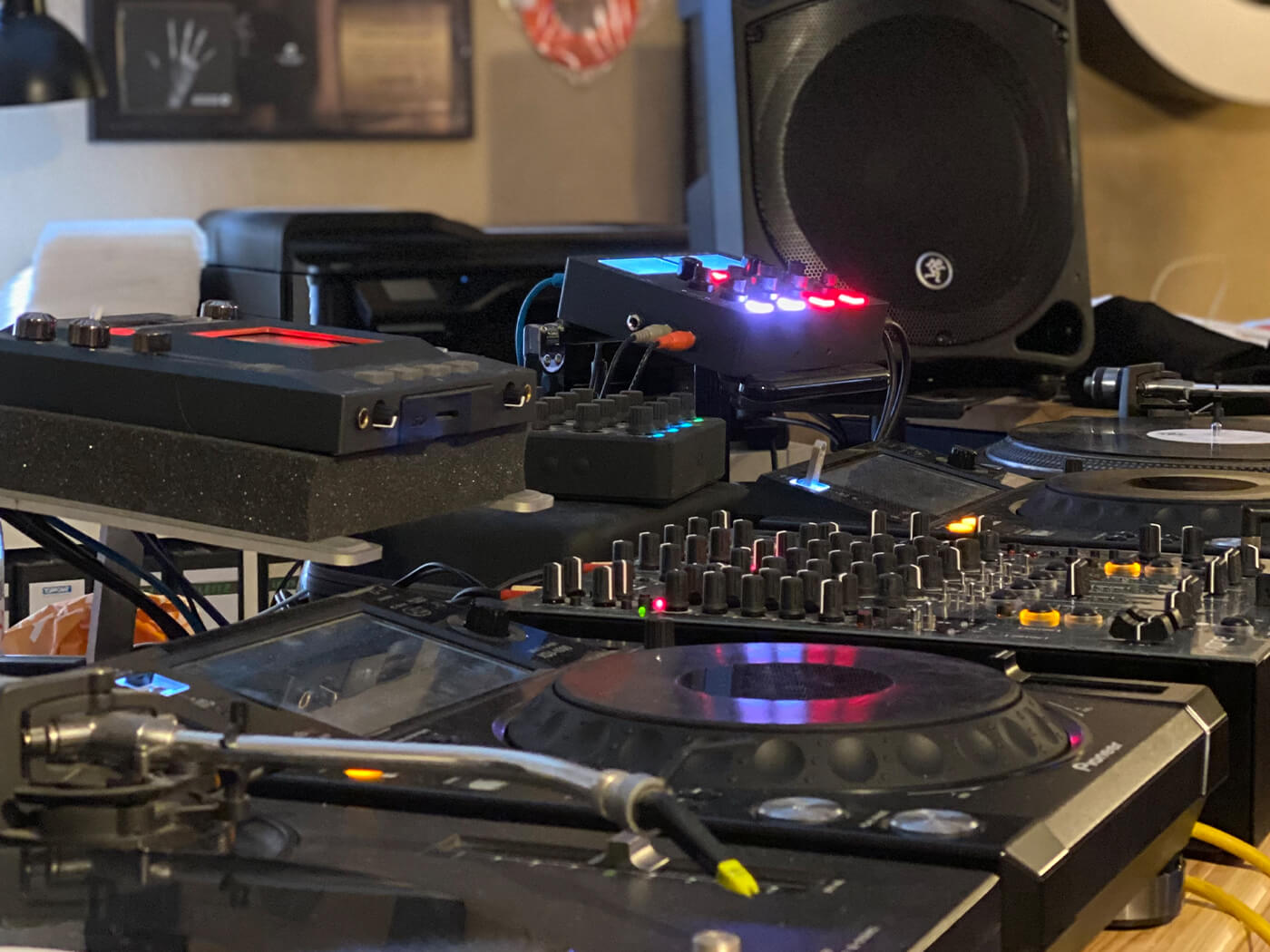 Less is more. Always. There are producers out there, creating super-hits with a laptop and headphones. That’s it. Buy new equipment only when you feel the need to. Create a comfortable surrounding and your very own creative space. You also don’t have to be a professional mixing or mastering engineer. Give it to professionals and let them mix and master your stuff. Painters are able to create amazing pictures but most of them suck at framing them. 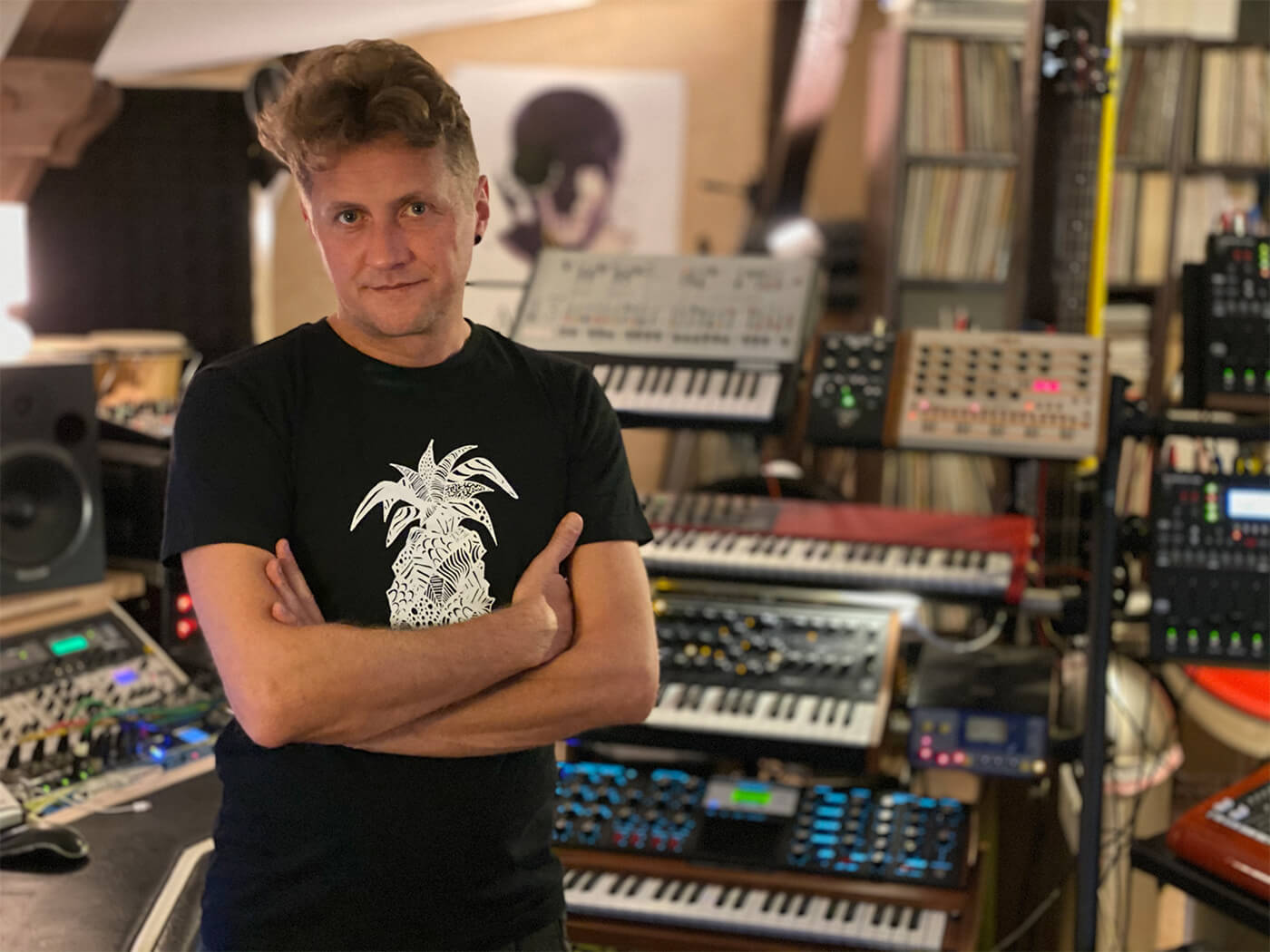