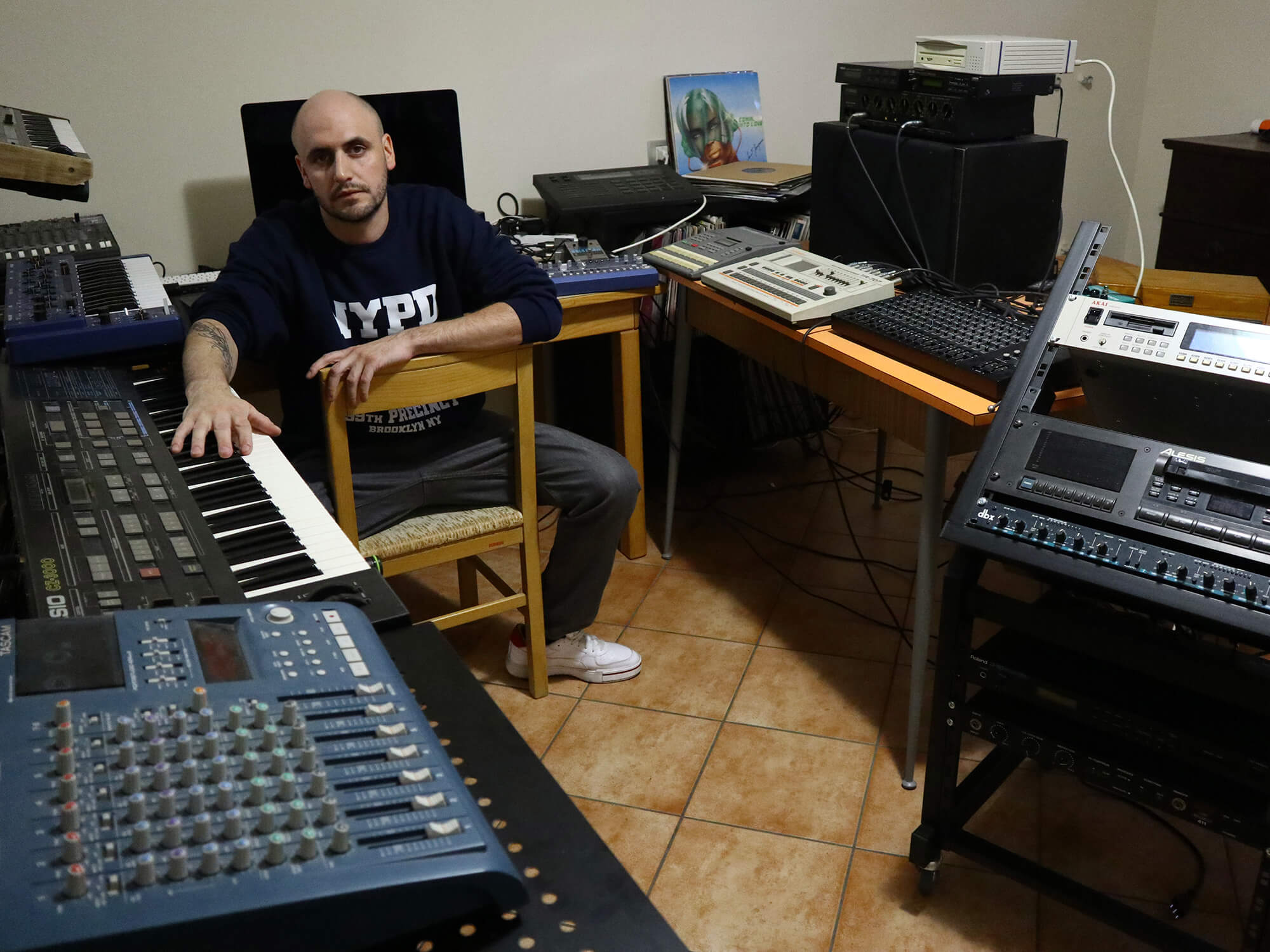 A purist, no gimmicks, nuts and bolts, machine-focused space.

In Cables Wynd House, a banana-shaped block of flats in Edinburgh, Peter Raou uses his large space to make no-nonsense house grooves using only physical drum machines, samplers and synths. Taking the focus away from his DAW and getting stuck into the physical process of hardware is a huge part of his purist ethos, he tells us.

On his latest EP, entitled Cables Wynd House – an ode to his location – he provides a delightful dive into raw, no thrills machine-led house hypnosis with smatterings of intense acid squelches and crisp four-on-the-floor drums. The EP is released on Peter Raou’s own Raw Jams With Machines label, which tells you a lot about his approach to production.

We take a look at some of the hardware he has and how he uses it.

Hey Peter! We’re loving your latest EP, Cables Wynd House. Is this where the tracks were made?

They were all produced in my home studio like those of my previous works. The title of the EP refers to the iconic Banana Row housing estate that towers up within the district of Edinburgh – a brutal and gorgeous structure which binds lateral lines with social interaction and everyday living.

You’re quite the analogue synth enthusiast. How long have you been collecting hardware?

For several years and even now I continue to buy and resell to keep the studio updated and learn about new hardware. Having interaction with the machines is essential for the success of my working method. I prefer the immediacy of the hardware over digital plugins that I find cold and boring. 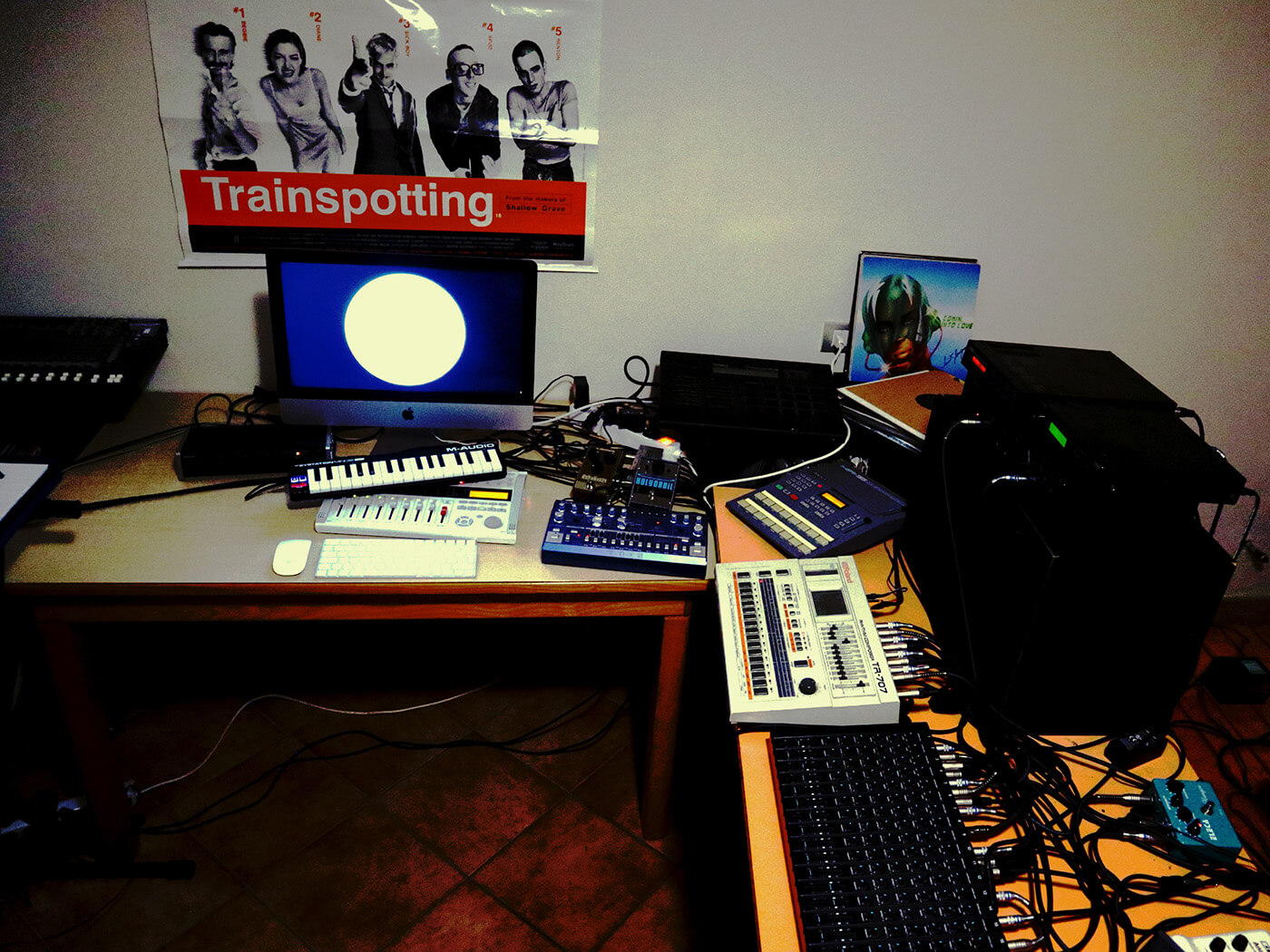 My studio is a fairly large basement but with great acoustics. The basic idea is to use hardware synths, drums or effects cheap to get the most bastard sound possible.

Both recording and mixing are done in my studio. I use different types of both analogue and digital multitrack recorders that allow me to record rough live takes. It’s from this working method that my label, Raw Jam With Machines, was born. 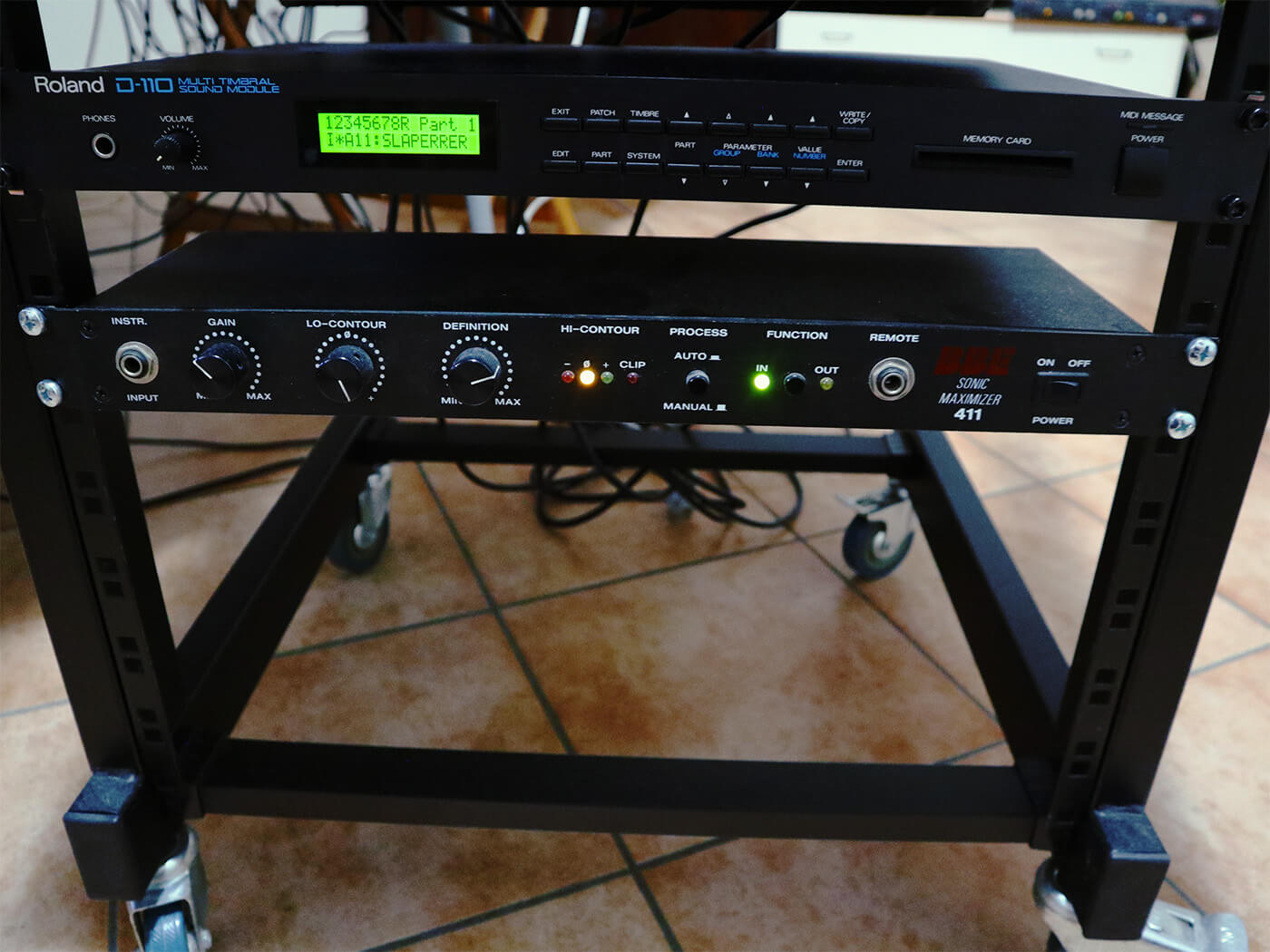 Apple Logic Pro but only as a MIDI sequencer. I have tried several DAWs but I think Logic remains the most complete. Only by deepening my knowledge of it is it possible to exploit the enormous potential available.

Alesis HR-16 – an underrated cheap drum machine that really can be used for any genre. It sounds really raw and you can add new sounds via EPROM. For example, I use several kits including the 505, 606, 808 and 909 it becomes a complete drum machine. 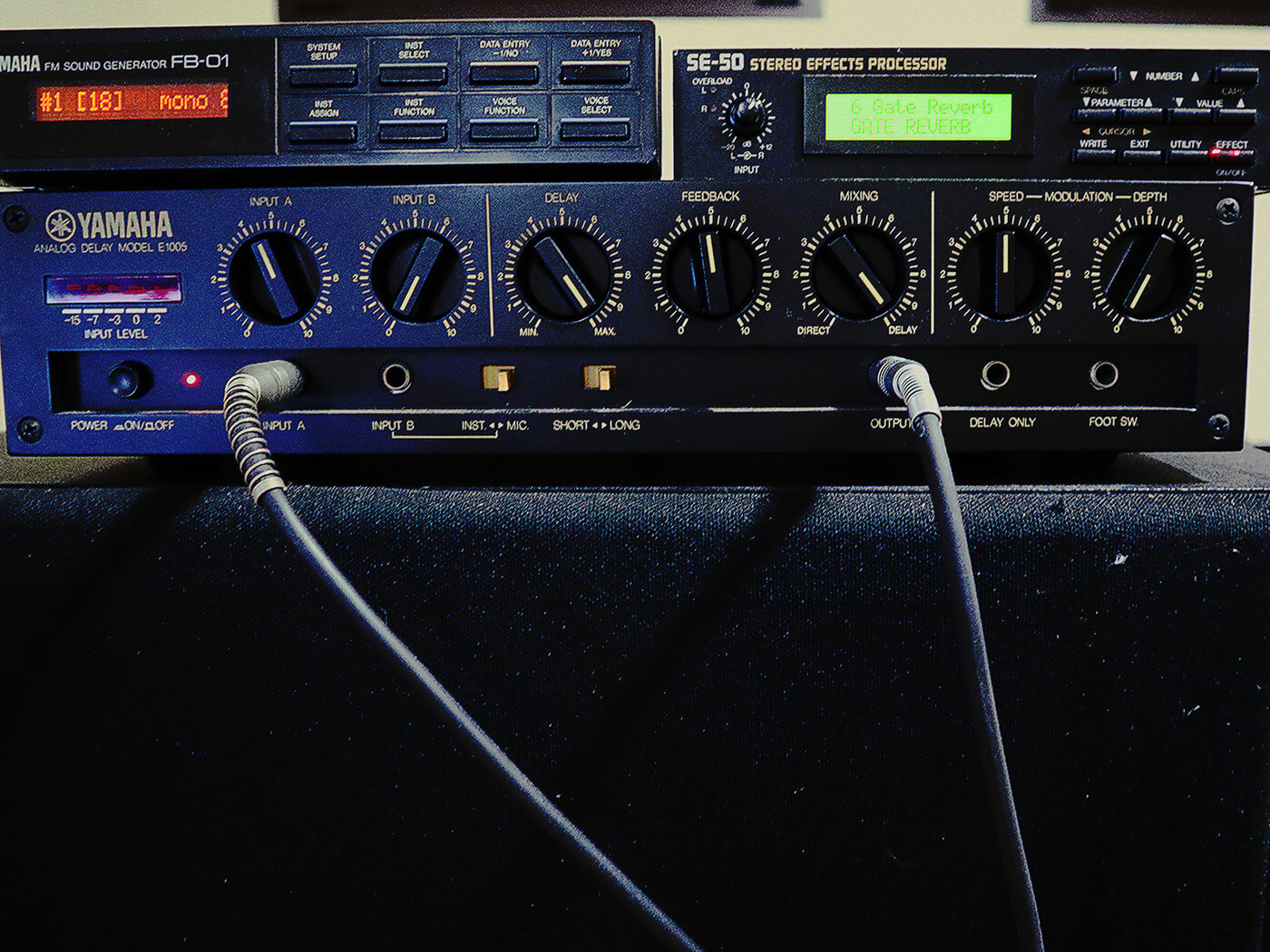 What synth or effect can be heard the most on Cables Wynd House?

Tell us about that acid bassline on Body Techno. How do you process your acid squelches?

Body Techno is a 15-minute live recorded Jam on cassette. Unfortunately, the tape has deteriorated and there are just seven usable minutes left. The acid lines of Body Techno are two with two very different levels of saturation and equalisation. The acid lines fit together thanks to the decay and cutoff variations made during recording. 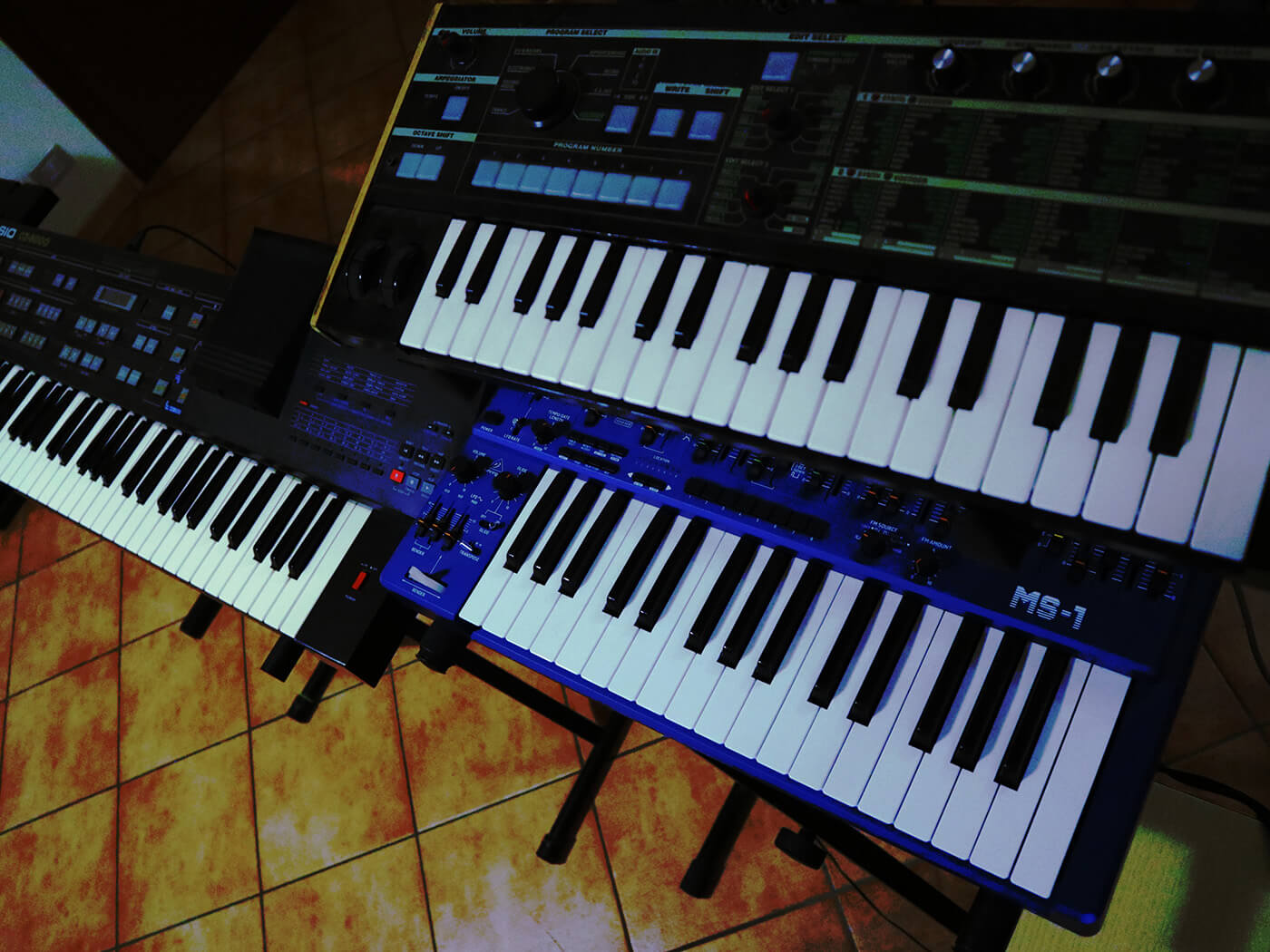 What is your go-to drum machine and why?

I have a passion for 80s drum machines above all for their dynamics. Each one sounds different, even between twin models is fantastic. I think that even by using only one drum track you can make the song harmonic and musical without adding anything else.

I use cheap hardware so I think my 2015 iMac is the most expensive investment and no, I wouldn’t buy it again after seeing the working methods that I have developed that don’t put the computer at the centre of the project. 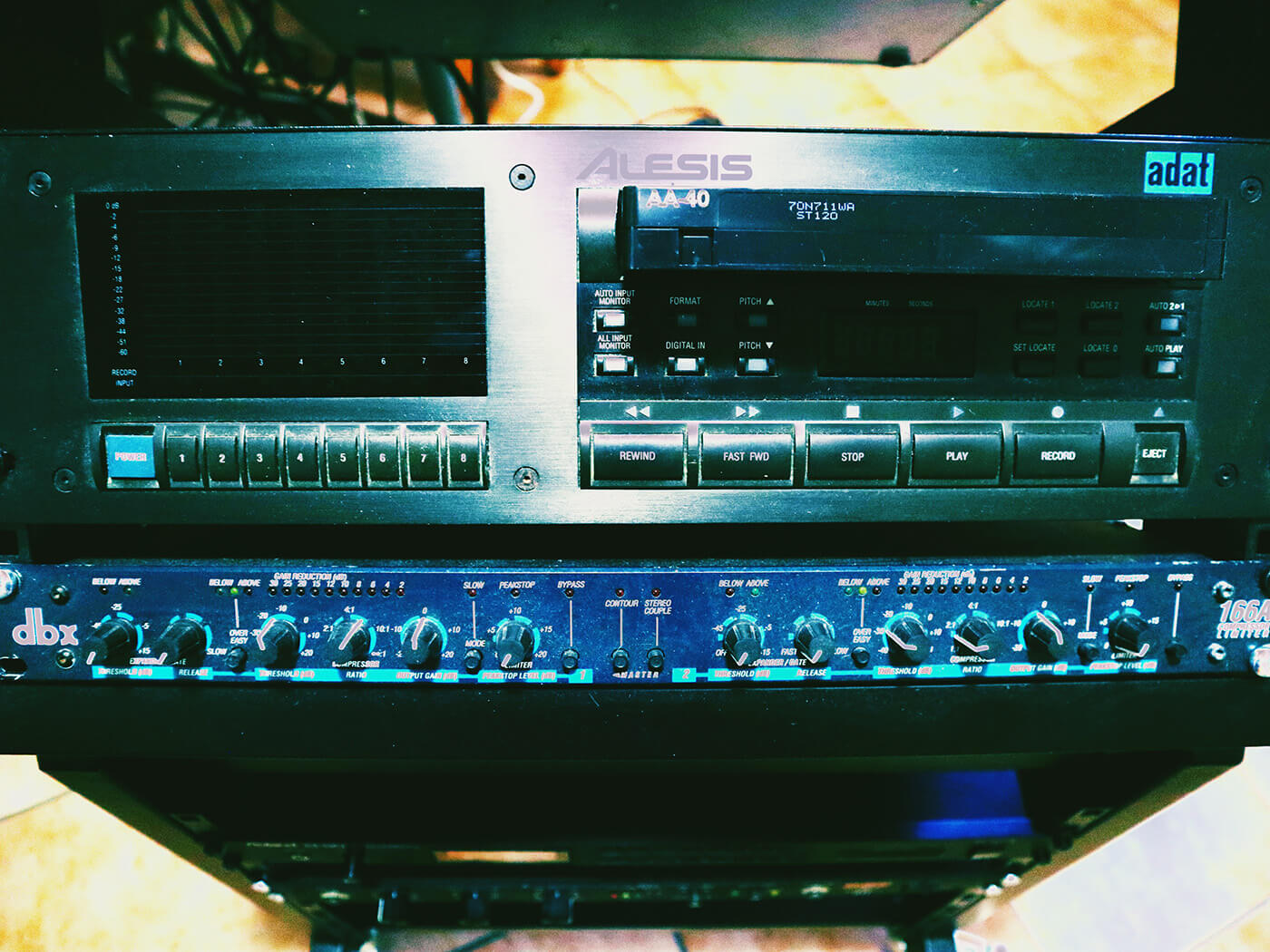 LewisMIDI’s CZ/PL 88 Mini Patch Library. It offers the possibility to load many patches for old expanders or synths where programming is difficult or to directly save the modified patches on the device. It also offers an integrated arpeggiator.

Elka Synthex – an Italian polyphonic analogue synthesizer widely used in the 80s with 8 polyphony voices. The fundamental parts are filters and the chorus as well as a crazy sequencer that, for the time, was unique with four tracks and 256 notes for each track with the possibility of loops in various lengths. 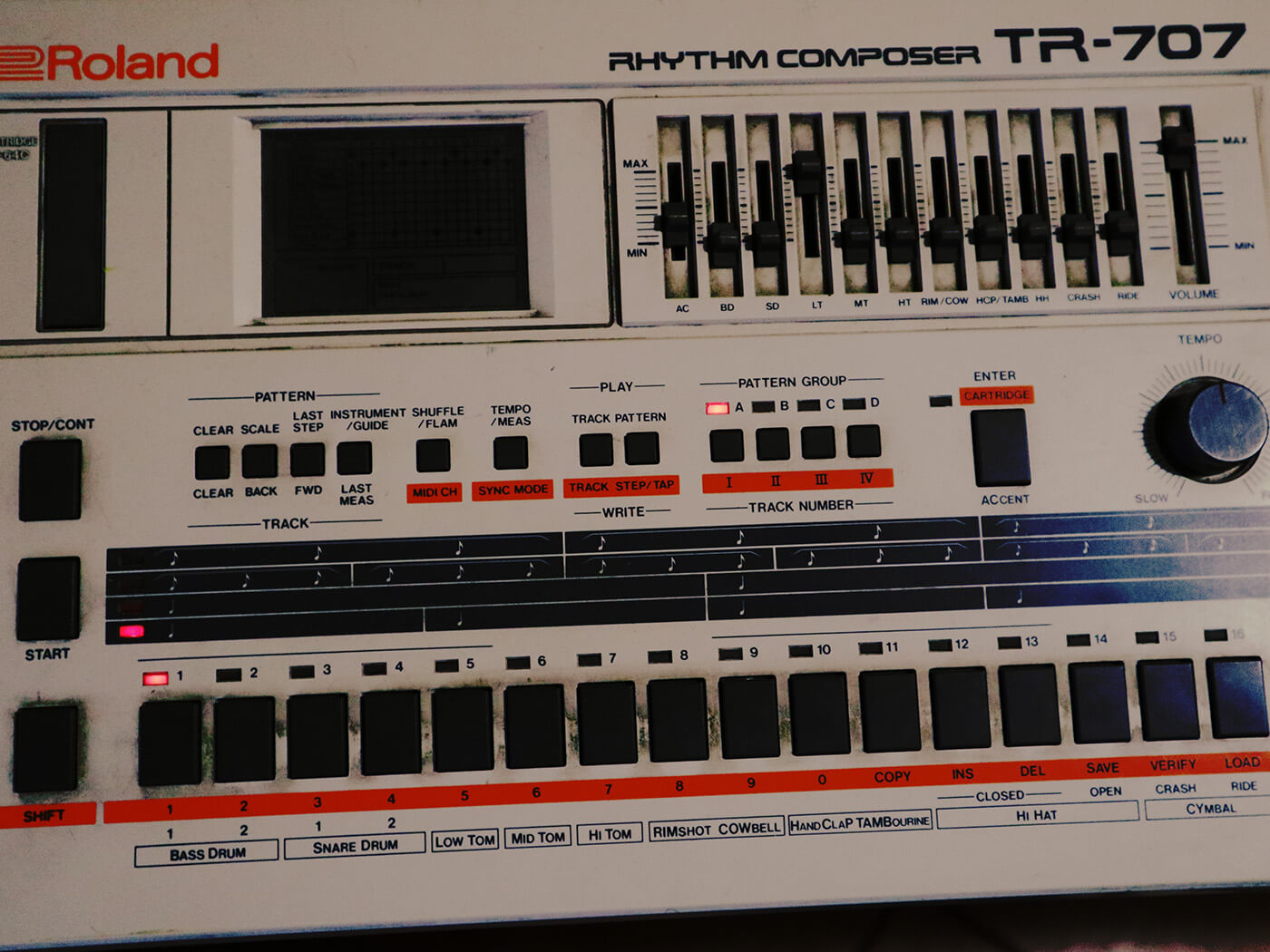 I would take my Roland D110 along with an iPad so I might finally have the time to tweak patches of this underrated synth rack.

Sure, every day in the studio is chaos with cable replacements, voltage issues, and latency. But it’s part of the game, especially when you have so many machines connected and if you change setup frequently. 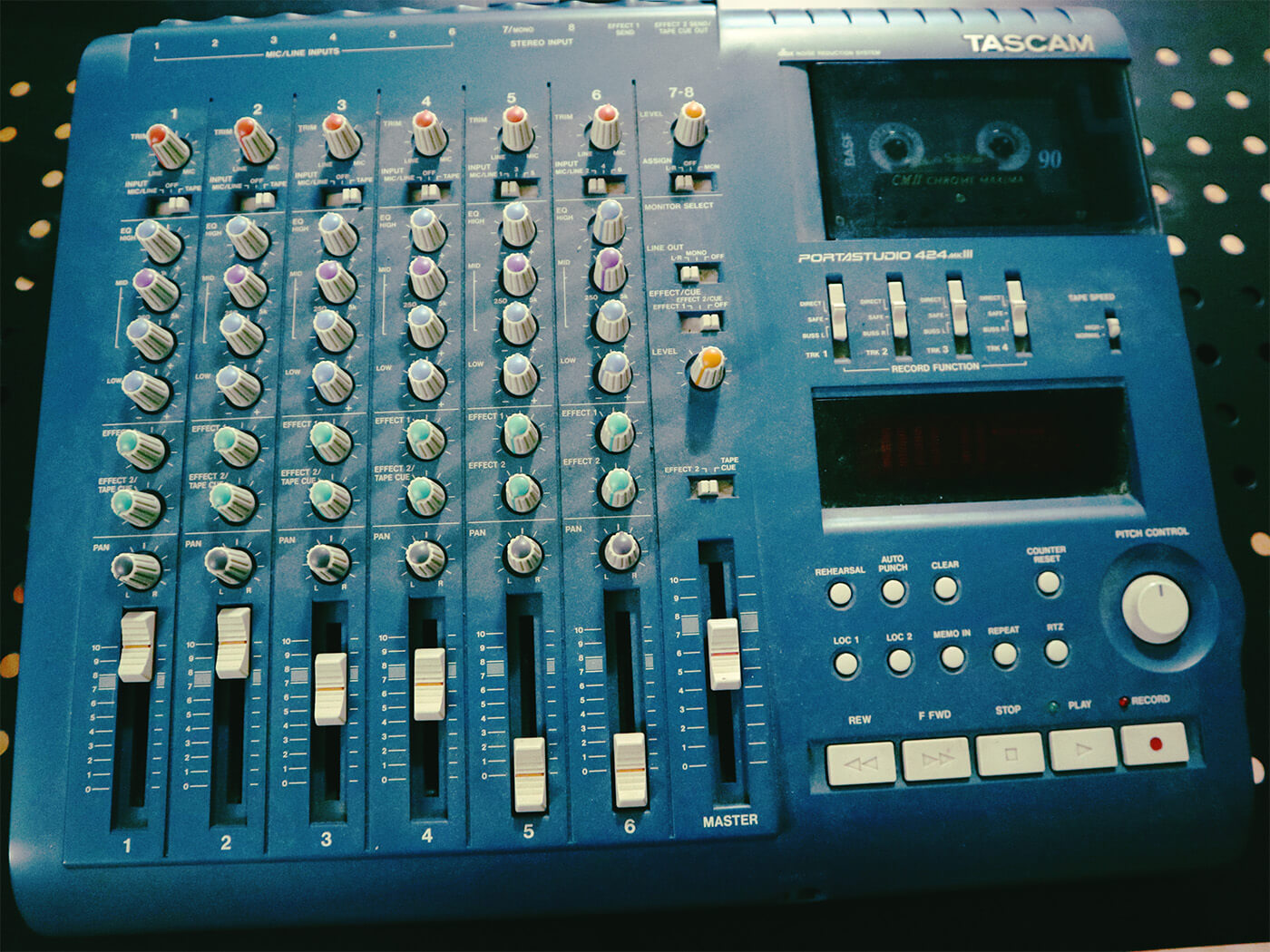 Minimise your studio and try to make music with as few machines as possible to increase your creativity.

Study and inform yourself on the internet and read the manuals without leaving anything to chance.

Listen to the Cables Wynd House EP by Peter Raou on his Bandcamp.