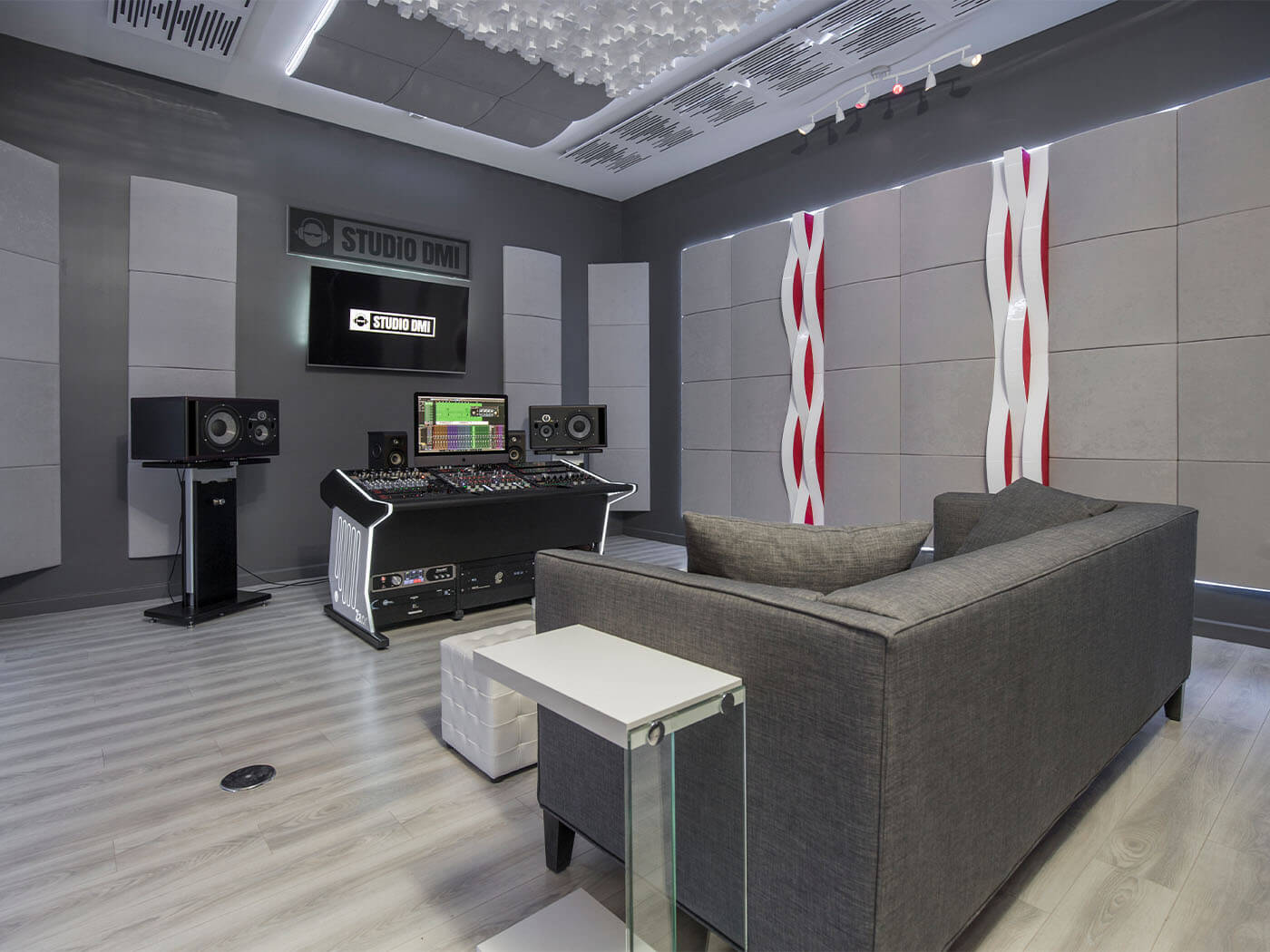 Studio DMI offers music production services, educational programs, artist development strategies and all these services now reside in a revolutionary new recording studio in Las Vegas. Using its community of music production experts and innovative digital workspace, Studio DMI uses its sonic story-telling techniques and music business insights to elevate the sound of top names in the industry, with the aim of empowering and inspiring the next generation of electronic music creators.

Tell us more about Studio DMI, Luca.
Studio DMI is a new and expansive space for mixing and mastering. It’s located just five minutes west of the Las Vegas Strip, and opened in May 2019. Previously, there was also a Studio DMI located in the basement of The Wynn Hotel and Casino.

How important has location been to your success?
It’s been great for connecting with touring artists, residencies and other relationship-building opportunities. Obviously being five minutes from the strip is incredible but also the perception of Vegas overall being a dance music mecca helps to validate us and our work even more. The city is the entertainment capital of the world, but the production side is limited and we were probably the first to really be able to lend a professional hand in that area.

What have you been able to achieve in the new space that you couldn’t before?
Well, we can take on a lot more projects, of course, but having multiple rooms and being a stand-alone building rather than a constrictive casino environment gives us more privacy, movement, and functionality. The additional production space has allowed us to expand our business model and dig deeper into projects but also make a bigger impact on the overall sound, which is most important to us.

There’s more diffusion in certain rooms than others, is that an active choice to have a range of acoustic spaces?
Studio I is my main workspace for mixing and mastering, so it has a more critical listening application and is more controlled. Studio D is a hybrid production space so we wanted to keep it a little more live. Studio M is more for production and prep so it’s kind of treated. The Lounge area is a more collaborative listening environment.

What was Focal’s involvement in setting up the studio?
We’ve been using Focal for a long time so it was a slow progression to get to where we are now. They are our most trusted technical partner and in fact our entire studio is “Powered by Focal”. We just love the consistency their products deliver to our projects so it just made technical sense to make sure their speakers were exclusively used throughout the new space.

You’ve been described as a track “finisher” for the likes of Major Lazer. What exactly does that entail for you?
My number one goal is to release the best possible version of the song. That could mean a complete mix from start to finish or just putting the final touches on something through mastering, it really depends on what the project calls for. Dance music gives engineers a little more flexibility than some other genres – it’s a much more hybrid approach in that sense. It really depends on the producer, so I have to be ready to jump in at any level to help give that specific song what it needs to be commercially competitive.

How do you make sure a track is going to translate to both the club and through a mobile phone?
We really try to determine early on what the main goal of the song is. Do they want something that is going to sound great on a playlist or does it need to hit really hard at a festival? That gives us the best possible starting point. From there I do a lot of car tests and really love my Focal headphones for critical details (clipping, distortions, reverb tail etc). The vocals needs to translate first so that’s really what I’m listening to and from there we adjust the rest of the track based on its final destination. In some cases, we will just suggest that they’ll need different mixes for each platform.

What mixing and mastering mistakes do you see most often in those learning the craft?
In mixing, it’s over-processing. Some people think they need to reinvent everything but they end up killing the soul of the song. Listen to the song as an entire piece and retouch what needs to be retouched. Don’t overmix.

In mastering, there can be a compromising of dynamic range in an effort to make a track louder. It’s important to experiment and understand with plugin presets, but what a lot of younger engineers forget is that the result of great mastering should really only be two or three percent, so if you’re slamming the final mix you are completely altering the song.

What are your favourite software tools right now?
The plug-in I developed myself called Diamond Color EQ (the updated version is out now!). It’s great for heavy lifting and re-shaping. It’s not a technical EQ – I use it for creating a vibe and shaping the mix. I don’t look at meters and numbers, it’s a great feeling/shaping tool.

Do you have a favourite piece of hardware right now?
Dangerous Convert AD+. It’s the first one I’ve used as an instrument. It has certain a tone which is different. I have a clean converter but love the output tone of this converter for heavy bass music.

Do you have anything still on your studio shopping list?
I’m actually collecting cheap 90’s compressors at the moment. I’m building a sidecar mixing rig for lo-fi sounds. It’s really fun and the sounds I’ve been getting from it are pretty exciting to me.

What is the one piece of advice you would give to someone starting out building a studio?
Focus on acoustics first, maximize what you have before investing anything on gear. Always make sure your room is first. Even on a budget, small changes like furniture placement are key. You could spend $10,000 on gear trying to fix a problem that could’ve been solved by adjusting a painting on the wall.