Inside the moodily lit space where the band’s frontman does most of his songwriting. 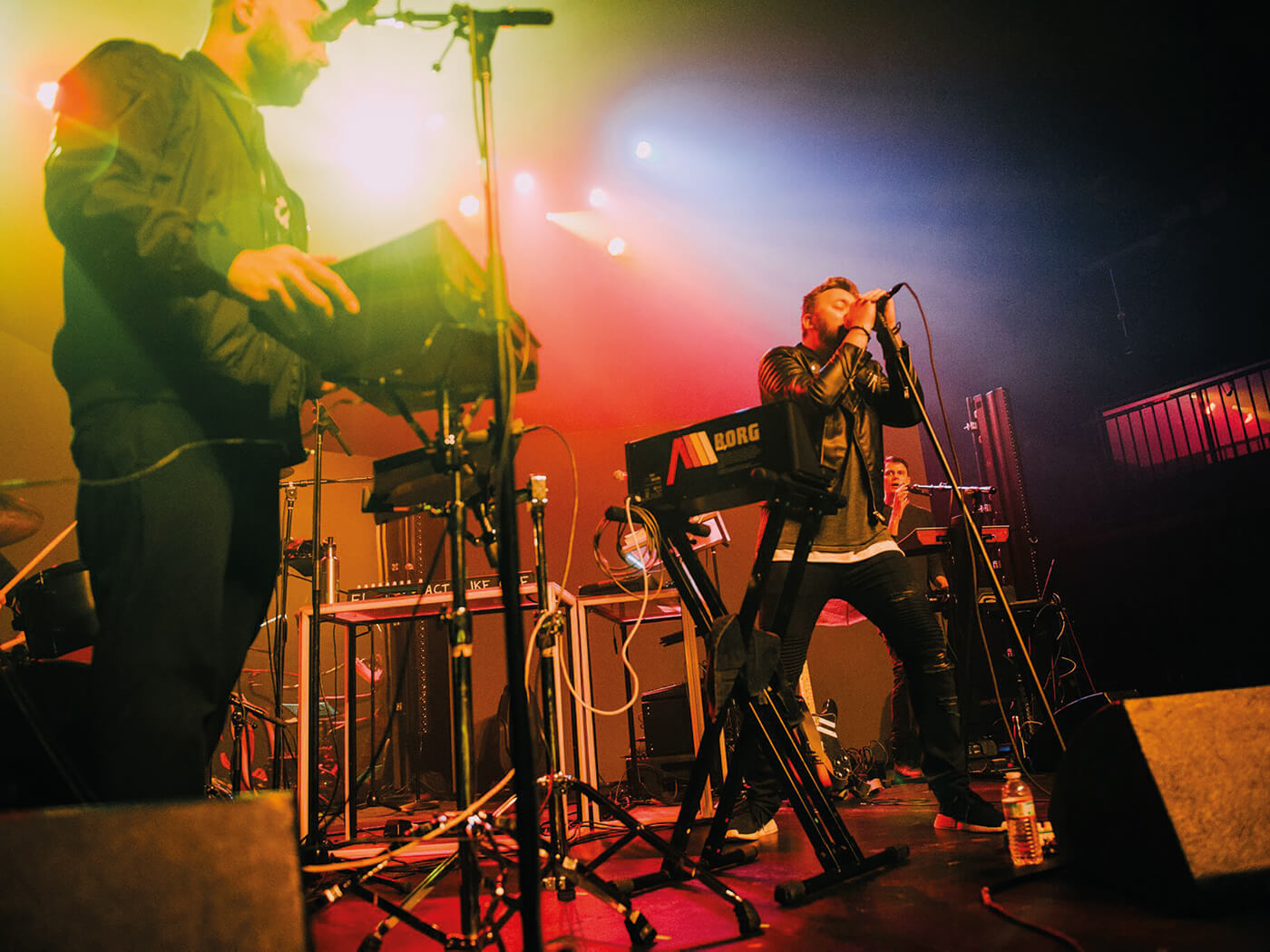 Though they often work separately, each member of Battle Tapes adds unique character to the overall sound

You’d imagine, based on the band name alone, that Battle Tapes would congregate in a cluttered warzone of a studio to write their tracks. Far from it. The group’s frontman, Josh Boardman, has built a studio in his Los Angeles home that’s cosy, comfortable and perfect for hatching new songs.

The space is Boardman’s ‘ideas room’, where he sketches out blueprints for a track before the rest of the band puts in their parts. “Sometimes, it’s just me in the studio and I’ll get an idea that just happens so fast that I need to record it and work on it before anyone else gets in,” he said “It’s kind of unorthodox songwriting, I guess. Rarely are we in the room together when it’s happening.”

MusicTech was fortunate enough to steal a peek at the studio when we interviewed Josh – here’s more of it.

Do you use a studio that we all need to see? Send a photo to editors@musictech.net or get in touch via the MusicTech Facebook page and your gear could be featured next.