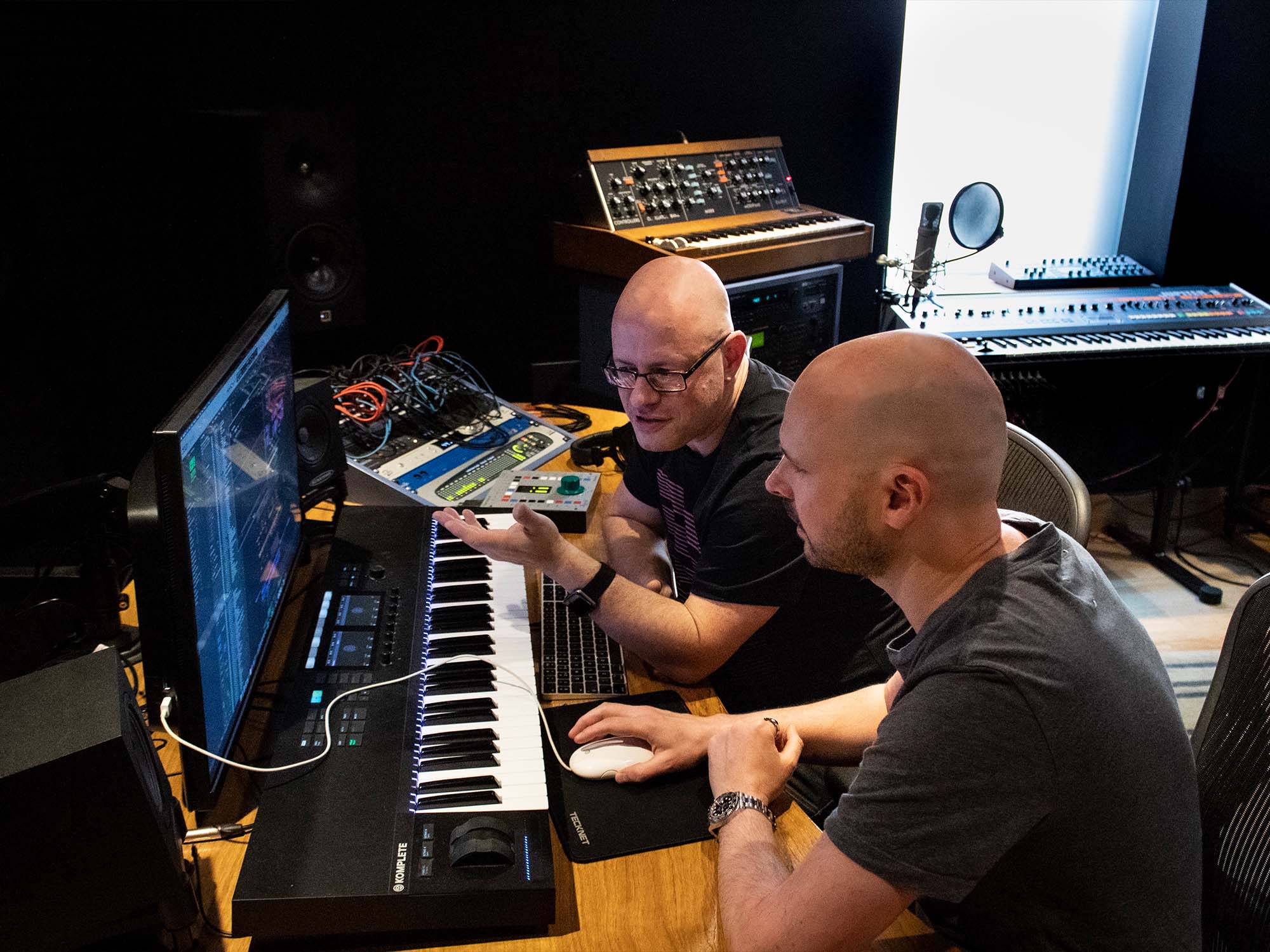 Show Off Your Studio: JODA’s fresh perspective in Above & Beyond’s Bermondsey studio

It’s all about not being afraid to revisit work, adopting a refreshed “beginner’s mindset” and not being interrupted for electronic duo JODA.

Jono Grant, one-third of electronic heavyweights Above & Beyond, has teamed up with star-studded, chart-topping producer Darren Tate to form JODA. Having released two tracks together already, the pair saw a break from touring during the COVID-19 pandemic as a rare chance to work together again in Above & Beyond’s Bermondsey-based studio.

We check in on what their label Anjunabeats calls a “fresh musical pairing with shared DNA”, to hear how they created the album, what vintage gear can be found in the impressive DIY studio and how they adopted a sacred “beginner’s mindset” in sessions to keep things fresh.

Hi Jono and Darren! How did JODA come about?

Darren: We first worked together back in 2001 having met on a bus on the way to a gig in Tokyo. We made two records (Let The Light Shine In and Nocturnal Creatures in 2014) in the same period. However, though staying friends, our careers went in different directions and we didn’t work together until Jono (as Above & Beyond) approached me to work on the score for [Craig Leeson’s feature] documentary, The Last Glaciers.

During a break in the scoring, I visited Jono’s studio in Bermondsey, which happened to be around the same time the pandemic broke out. I had just started re-exploring my passion for vintage synths and Jono just happened to have a lot of them! So, we switched on some gear and started jamming down ideas; and soon one record blossomed into the idea of doing a whole album. 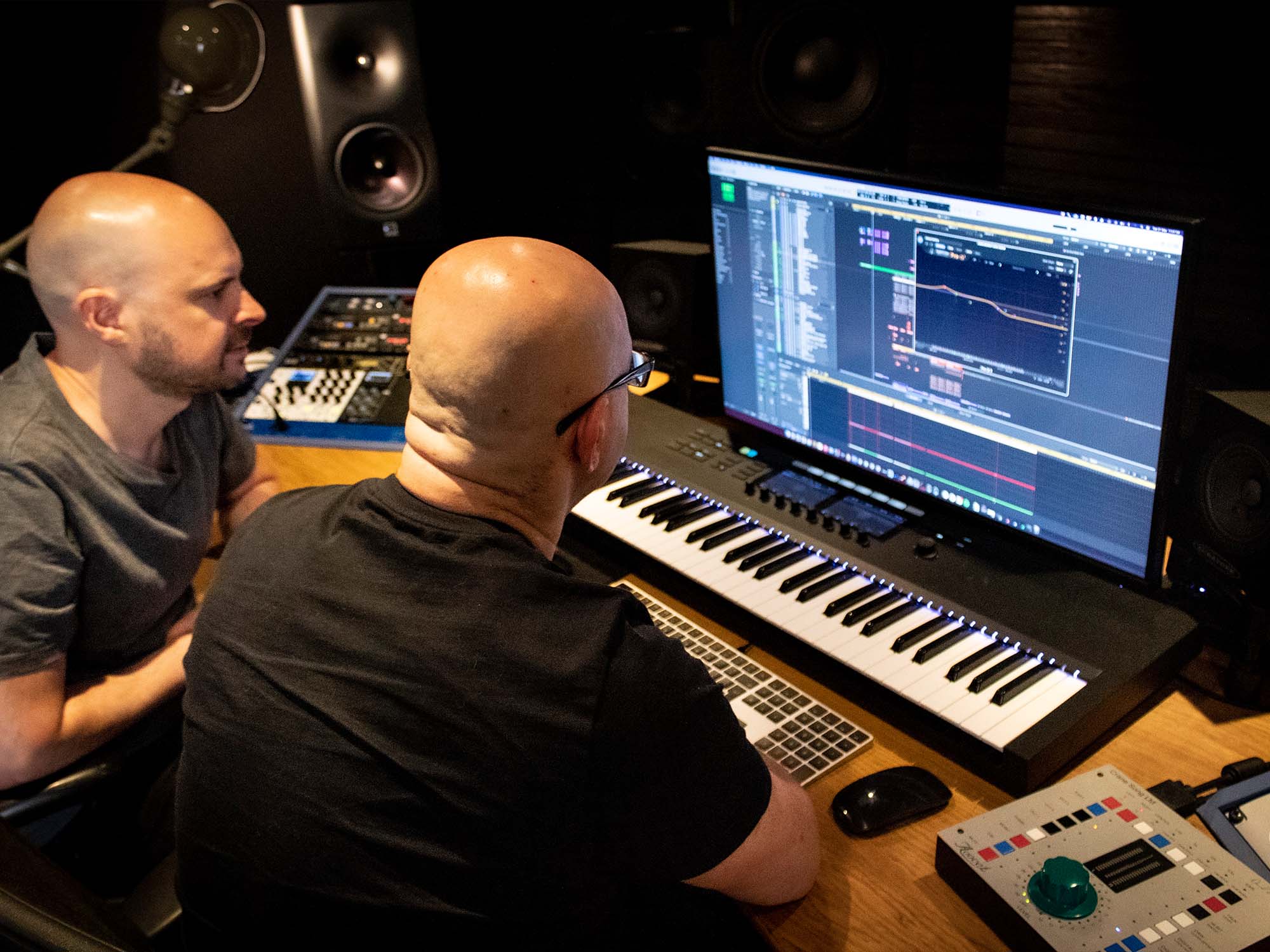 Jono, you’re used to working as one-third of Above & Beyond. Was there a big change in working with Darren?

Jono: Having a career as part of any group for many years with a keen audience brings a degree of unconscious psychological baggage in terms of the music you might compose. Working with Darren gave me a fresh opportunity to think outside of the box, as there was no expectation.

At the start of the project, we had no idea what we were making and no agenda. These can be some of the best creative moments, and working with Darren was particularly special as we bond musically in terms of what we love about a record.

Jono: We (Above & Beyond) moved into Hello Studios in Bermondsey in 2014. Previously, we’d rented studios in Shoreditch but always wanted to get our own place as the Shoreditch studio was rented and poorly built.

A rare opportunity arose to build somewhere from scratch in what was then up-and-coming Bermondsey. We were fortunate to be able to enlist the skills of Nick Whittaker to design the room, Miloco Builds to build it, and since then we’ve expanded the facility to house four studios – two large rooms, and two smaller more programming-focused rooms.

It’s better not to have to worry about noise or having bleed from a drum kit in another studio seeping through the walls! 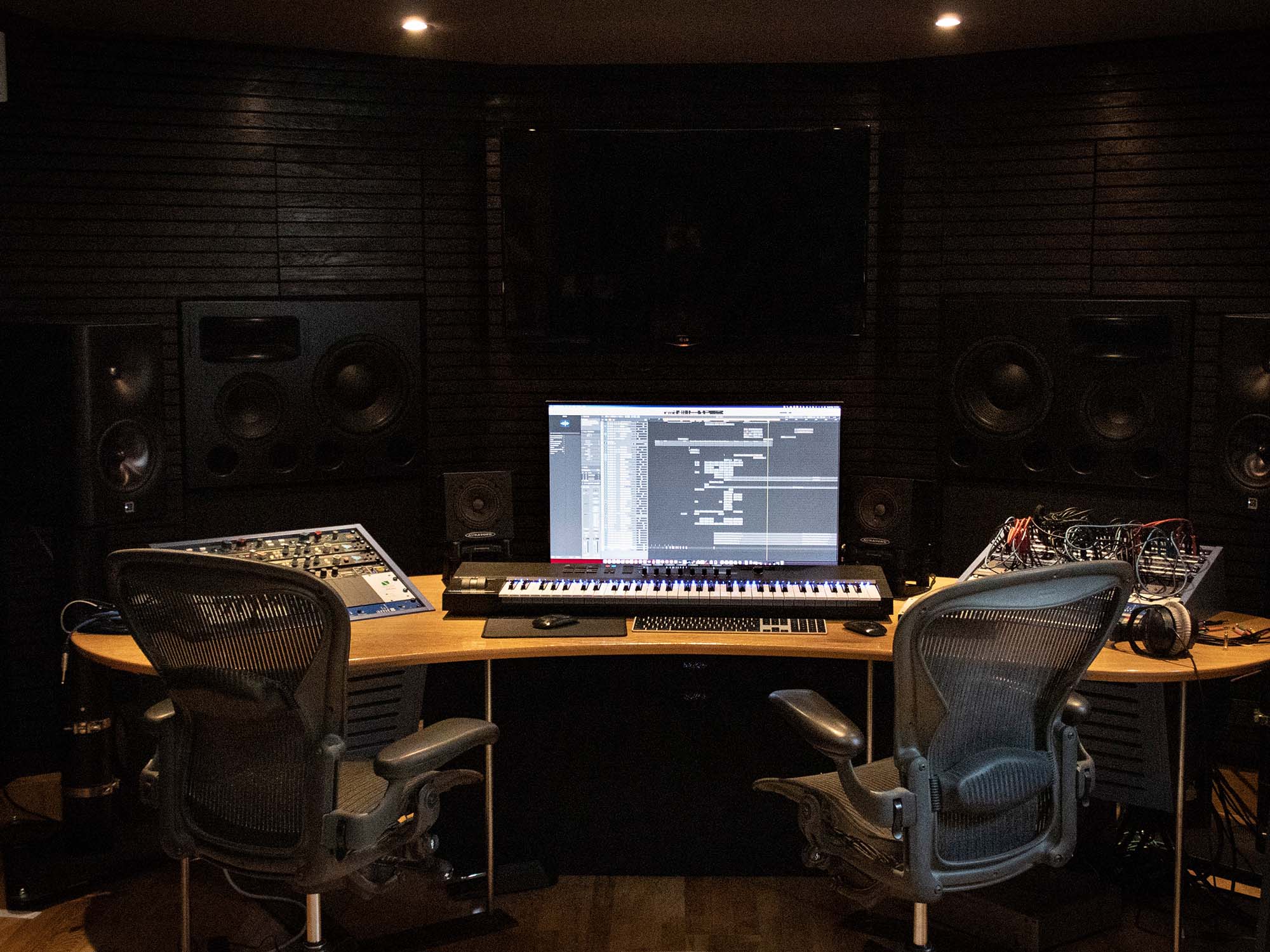 Darren: One where no idea is too stupid. Part of the fun is being able to openly explore ideas; whether it’s a synth hook or a vocal line. Also, we try to avoid being interrupted as that can stem the creative flow.

Jono: Darren’s hit the nail on the head here. I also think as you garner more experience at any craft, there’s a natural tendency perhaps to get comfortable, repeat the same things and do things automatically. It’s really important to keep alive a sort of ‘anything goes’ mindset that a beginner may have.

That ‘beginner’s mindset’ is sacred, and I think it was really important to our work together as JODA – particularly as the project embodied a lot of the musical identity and enthusiasm we had as kids getting into music.

What synth or effect can be heard the most on the JODA album?

Darren: The Roland Jupiter-8. I used to nag Jono to switch it on for each session and insisted on jamming down umpteen riff ideas creating what was in essence a unique sample library for each track (which was then later sorted and arranged). I think it’s one of those ingredients (along with that approach) that added so much intricate magic to the album.

Jono: Yes, Darren would ask me to turn it on and then we’d have to wait a while for it to warm up and stay in tune! 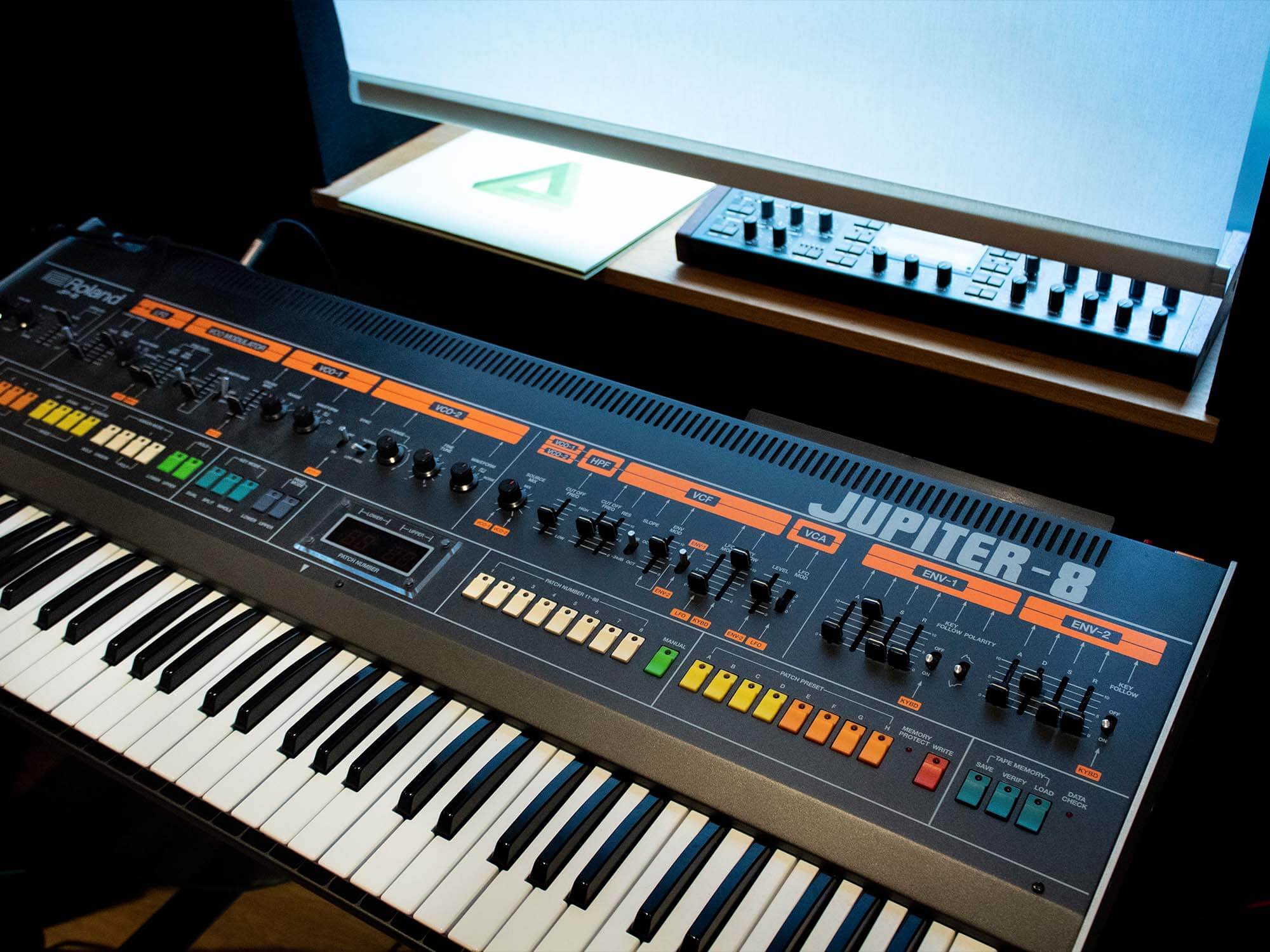 What song on the album do you remember being a memorable moment when making it in the studio?

Darren: For me, it was We Find Ourselves. We initially had this approach of throwing down almost an idea a day and then coming back to it. When we came back and re-listened to that, it was a genuine ‘wow’ moment. It just balanced the right amount of contemporary with the right amount of nostalgia.

How do you achieve a sense of light airiness in your music, in the synths and the vocals?

Darren: I would say “airiness” belongs to certain instrumentation (inclusive of vocals) and the way it’s performed. Vocals, for example, can be airy when they are sung with a light touch in a higher register. Also, playing something pianissimo is going to sound more airy than fortissimo.
We would sometimes use airy sounding pads, or higher chamber strings with long reverbs to create a sense of “air”. 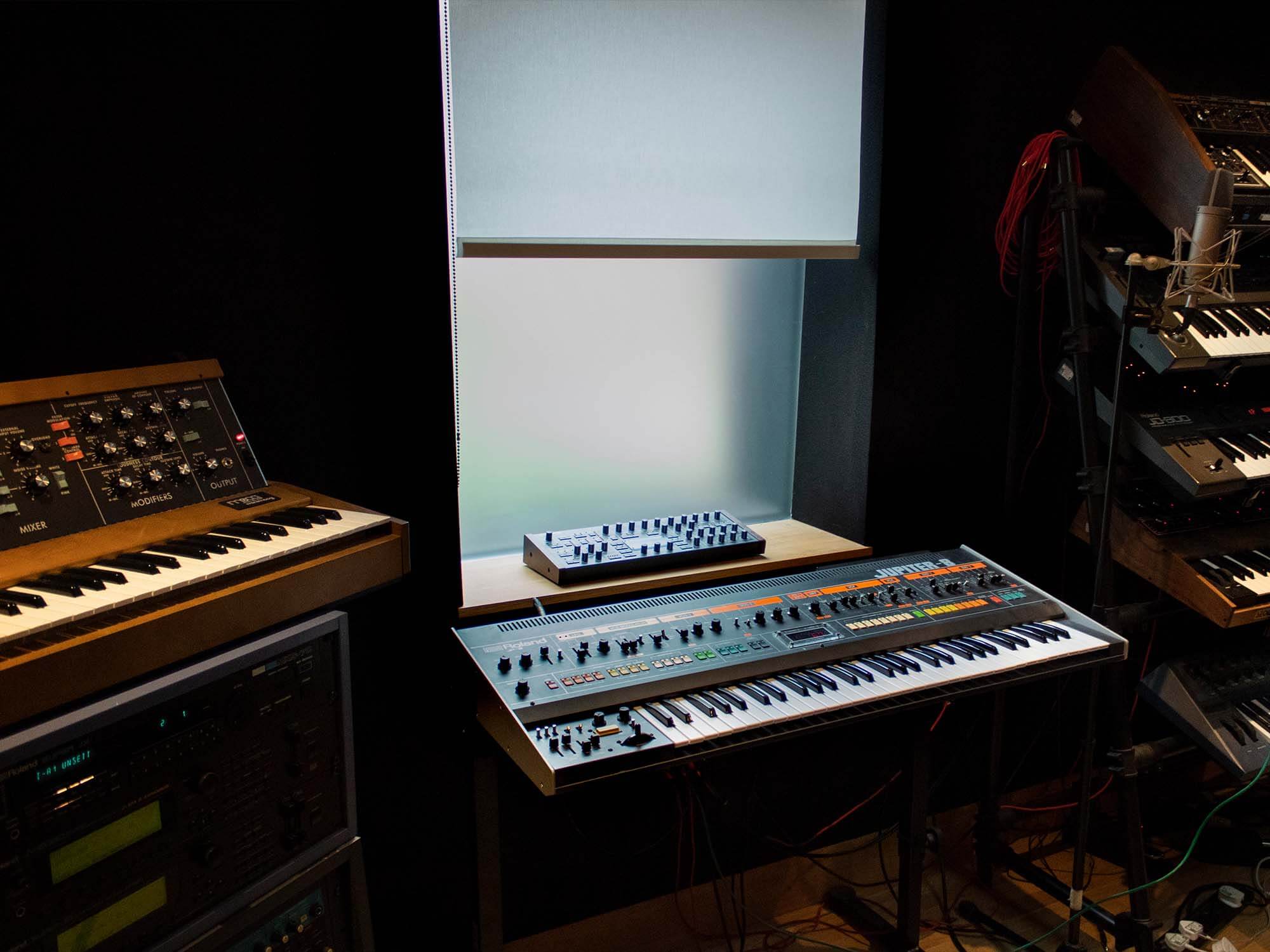 Jono: As Darren says, the airiness comes from both the performances and sound choices, but also because we used a lot of dynamic EQ to notch out any mid-honkiness that can actually mask the high frequencies – particularly in my vocals.

The Neumann U87ai mic tends to accentuate the slightly cardboardy upper mids in my voice. It perhaps isn’t the most flattering choice for me, but we were able to tame it in the mix with careful use of dynamic EQ cuts (normally somewhere in the 3kHz region). Female vocals were naturally airier, and we were able to layer these with my vocals in some of the songs such as Spark to add depth and air to take away from any boxiness. 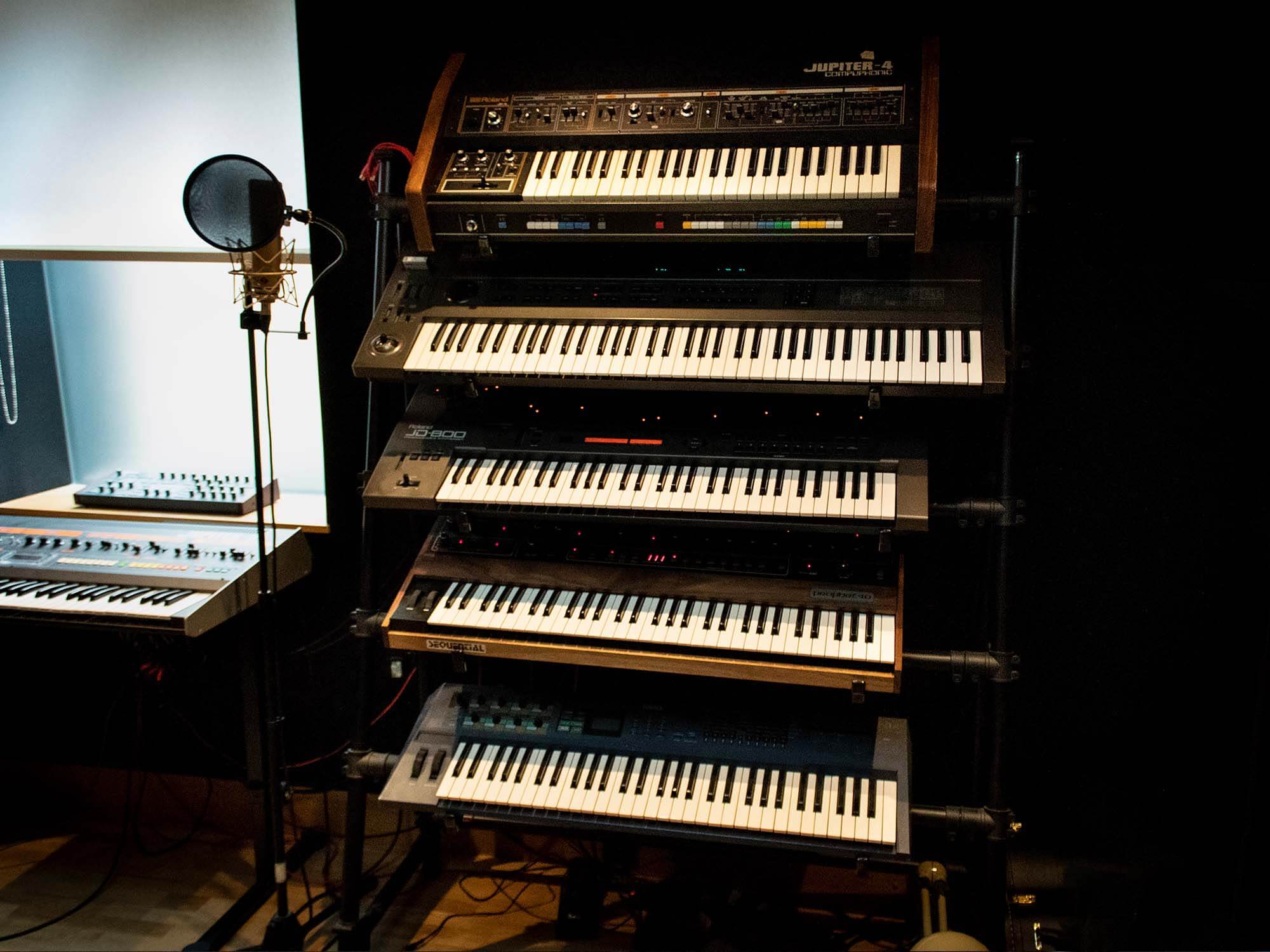 Jono: I’m intrigued by the Flock Audio Patch. It’s a digitally controlled analogue patchbay with full recall via some impressive-looking software. It could be a great way to enhance any hybrid analogue digital studio and tidy up messy patchbays. The idea of being able to route pieces of hardware as we do plugins in a DAW is very attractive.

Darren: The Moog One.

Jono: It tends to be the latest (often vintage) synth I’ve got the hots for on eBay or Reverb. It doesn’t need to be expensive either – there are some great gritty 80s and 90s digital synths that are overlooked while everyone is seeking out the Jupiters and Moogs.

I’ve always fancied an Elka Synthex because I remember one of my childhood heroes Jean Michel-Jarre raving about it when I was fortunate enough to enjoy dinner with him years ago. They say never meet your heroes, but when I’m older, if I’m only half as enthusiastic about music as he seems to be, I’d be happy! 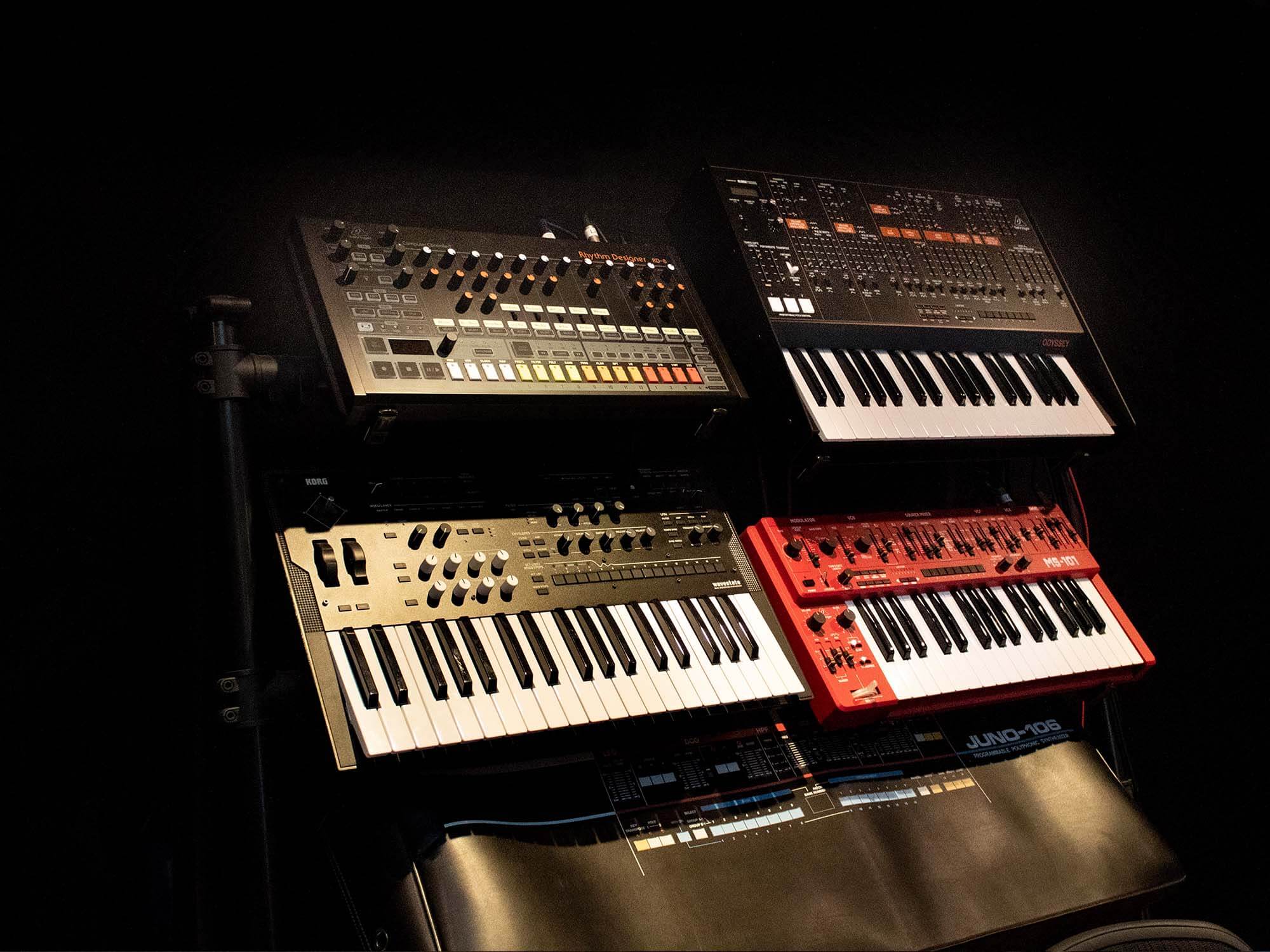 Darren: Don’t be scared to put things away and come back to them. I’ve probably wasted most time in my life trying to fix a problem by constantly coming back to it without giving my ears and my brain a rest. Freshen both of them up and you’re more than likely to be good to go again with a whole new fresh perspective.

Darren: Get the acoustics right before churning out lots of dollar on gear. If you can’t hear what you’re doing then you’re just going to be wasting time guessing how your mixes are going to translate in the real world. It can be time-consuming and expensive to get right but, in the end, it’s essential if you’re going to be mixing on monitors.

JODA’s self-titled album is available to stream or buy on JODA’s Bandcamp.