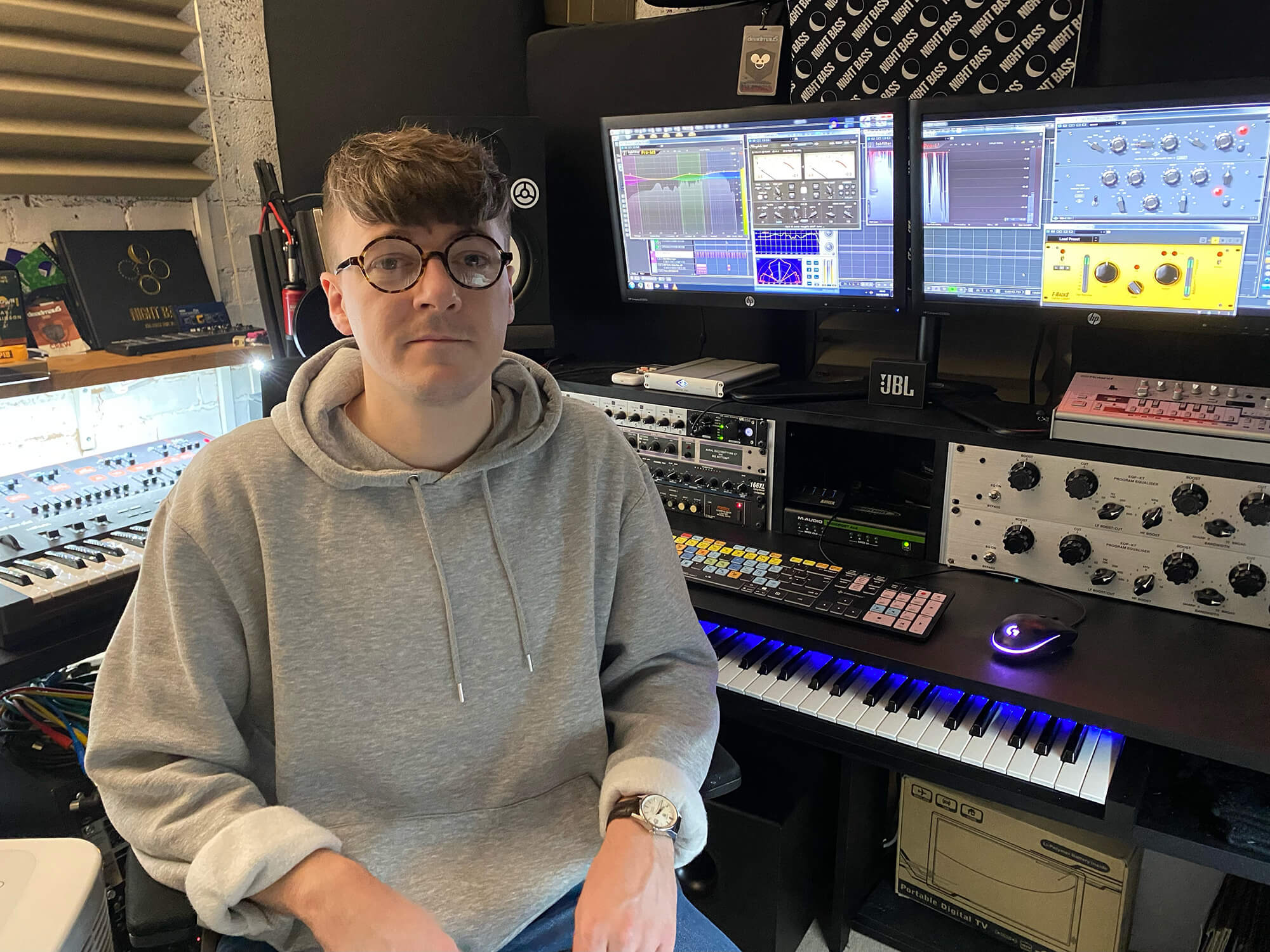 “I see pictures of producers in their studios looking like 2001: A Space Odyssey. Mine is more Trainspotting.”

Welshman Jay Robinson has been enlisted for remixes and collaborations by the likes of Deadmau5, Idris Elba, Axwell and even Jason Derulo for his lusty, indulgent electronic house sound. Now, Fatboy Slim has thrown him the stems from one of his iconic hits. What will he do with them?

In this week’s Show Off Your Studio, we speak to the 303 aficionado about working in the right head space, his favourite gear, effects and processors, and why his hand went straight to the Roland TB-03 after unzipping the stems for the award-winning 1998 classic The Rockafeller Skank.

Jay! You grew up listening to Fatboy Slim. What was it like remixing Rockafeller Skank?

I was 10 years old when You’ve Come A Long Way Baby came out – I remember the CD quite literally never left my CD walkman. The music video for Rockafeller Skank is just pure nostalgia for me.

When I first loaded up the stems for the track it was quite a weird feeling. I’ve remixed a lot of tracks in my years making music but none of them gave me such a sense of occasion. Hearing all the different elements separated for the first time left me feeling a bit daunted. Once I’d fired up the Roland TB-03, that all melted away, though. 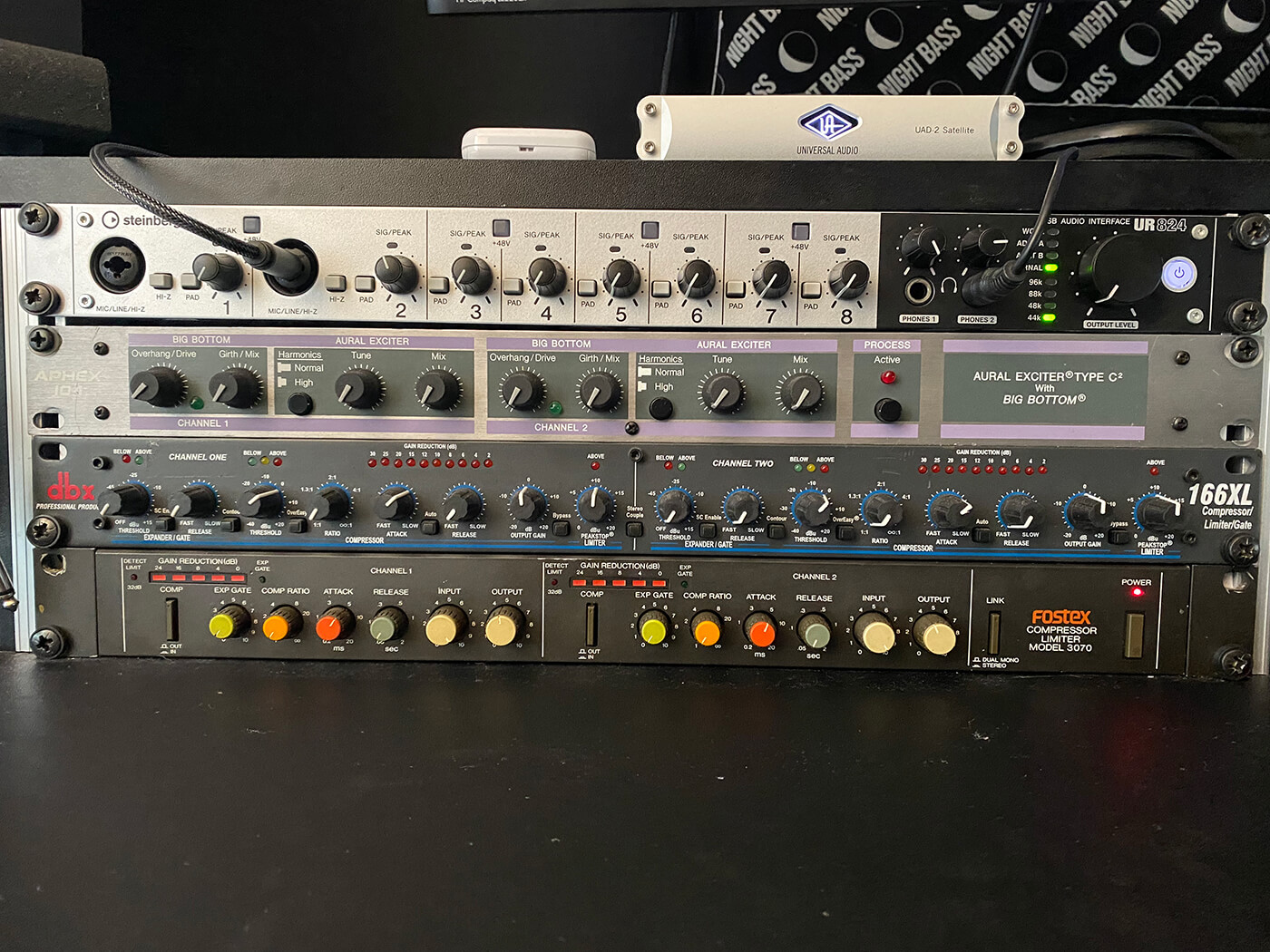 What did you aim to bring to the track?

I decided to change the way the main vocal was placed in my version – it had to fit a four-by-four rhythm rather than the more shuffly breaks rhythm from the original. I just wanted to turn it into a straight-up club record – something that I could hear Norm playing in his sets. Seeing him play it on his tour in 2021 to a sold-out arena was one of the best moments of my music career. 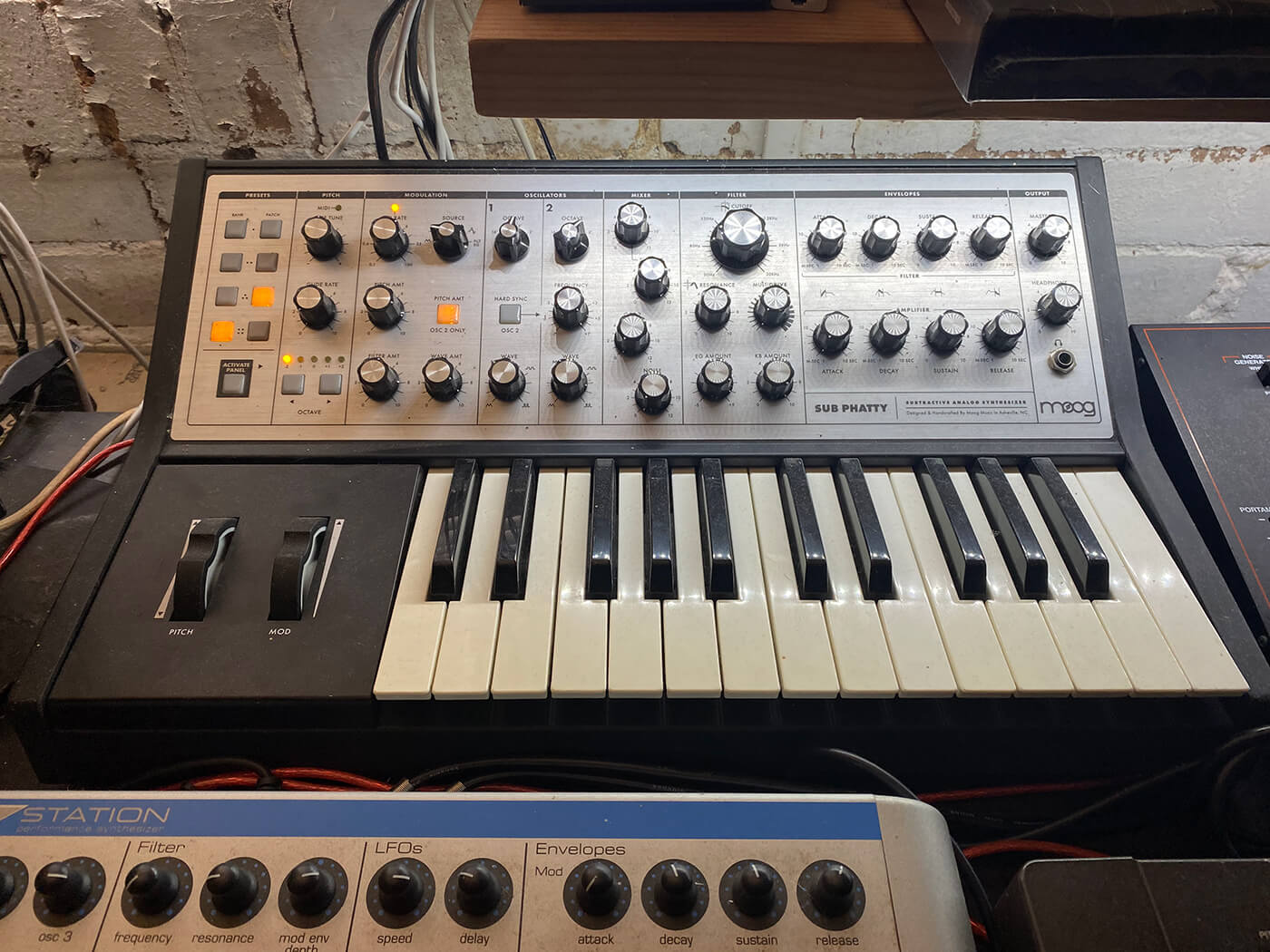 My studio is at my house in North Wales. I built it with my dad when I moved in eight years ago. The main idea behind it was just a space I could comfortably work in. It’s not the most glamorous or pristine studio but it’s home and it’s my comfort zone. When I first moved in, I didn’t really have a lot of gear but, over the years, I’ve packed as much as I could into the space. It has a solid concrete floor so the sound I get when my sub speaker is going is fantastic. 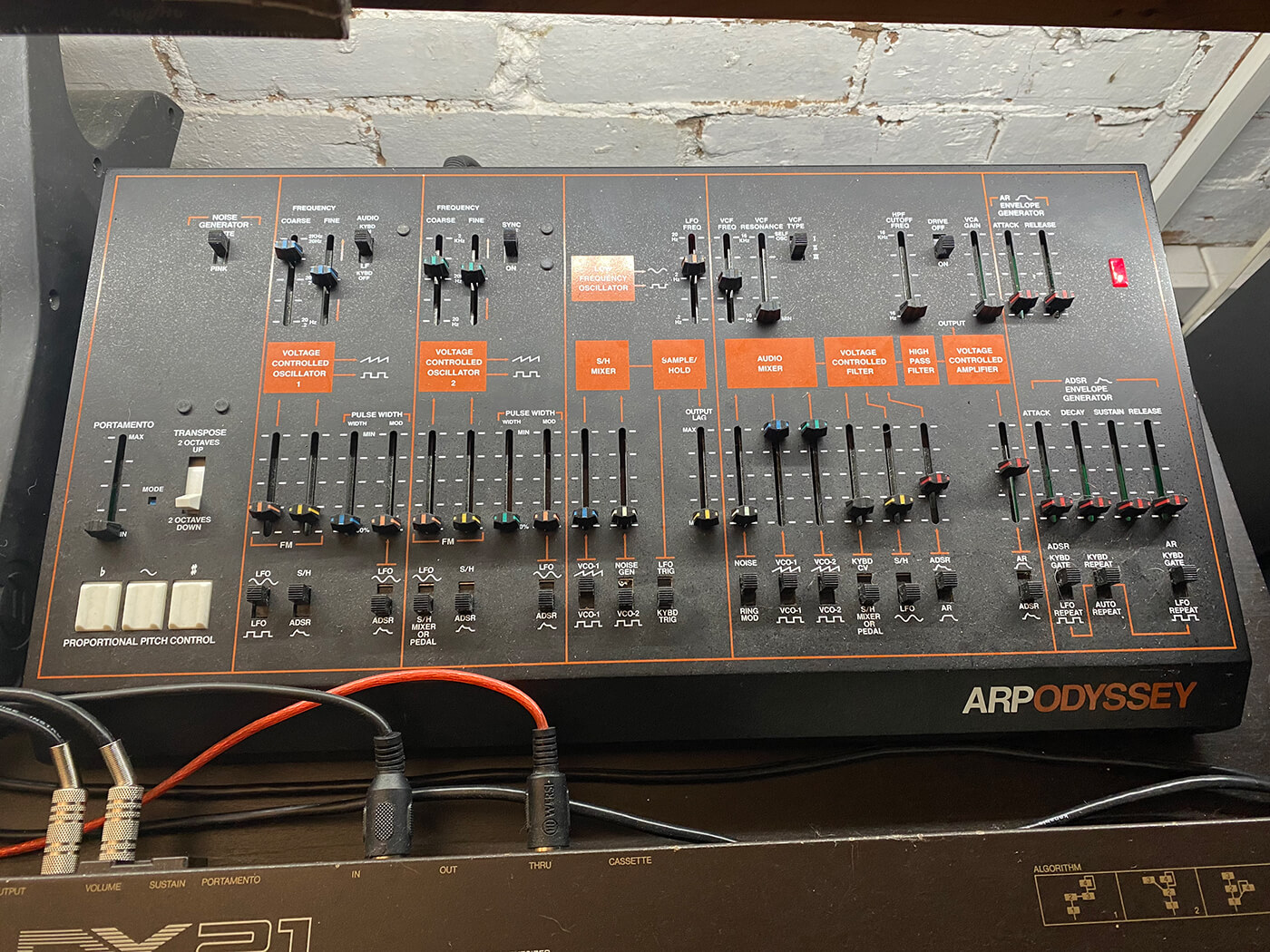 Everything I make is 100 per cent made in this studio – I really don’t like working anywhere else. For me, working on music is a personal thing. I have to be in the right headspace and also in an environment I feel completely comfortable in. I’ve never understood how people can hire a studio for a set amount of time and force themselves to be creative in that set amount of time. 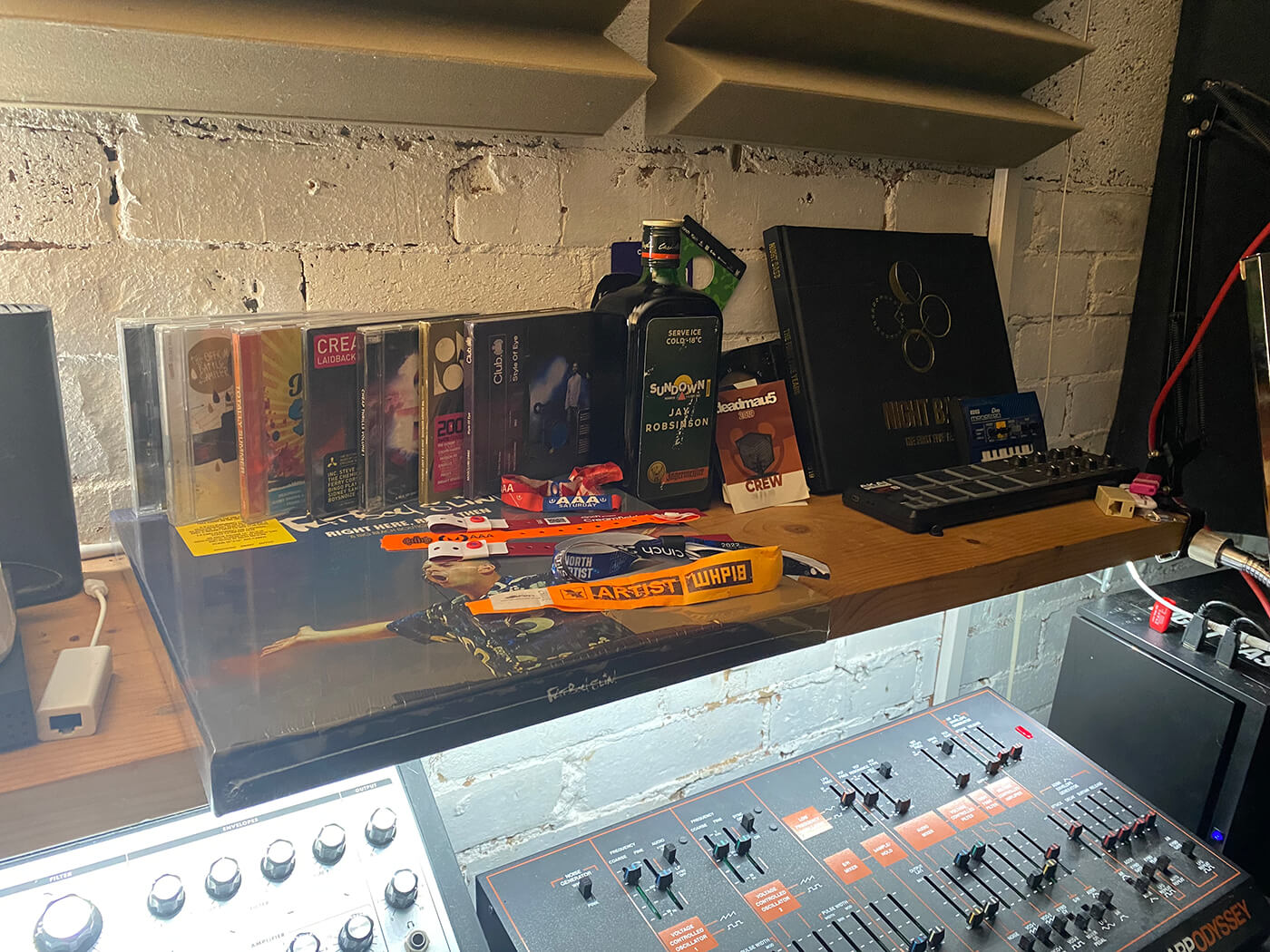 My studio is basically just all of my stuff in a room surrounding me on all sides. I don’t have to move to reach everything, which is just how I want it. For years, I’d have jack leads everywhere and plug them into my audio interface as and when needed. Now I’ve set up a patch bay, which means everything is always ready.

I have a default template in my DAW that has audio channels for every piece of hardware I own, along with a MIDI interface that routes MIDI to the correct synths. It means I can click a button in my DAW and the synth or outboard effects I want to use is ready to go and already mapped to my Native Instruments Komplete Kontrol keyboard. 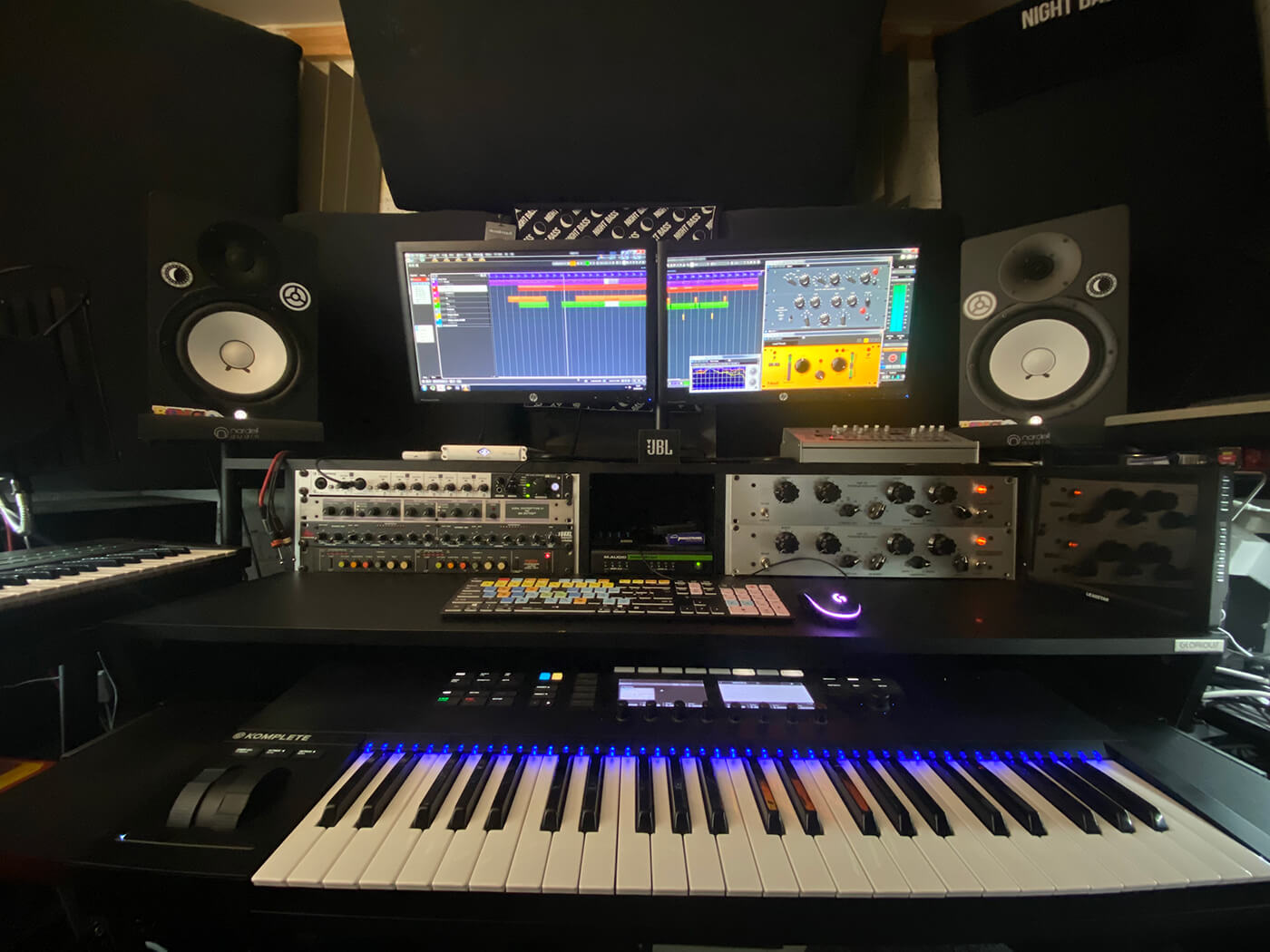 I use Steinberg Cubase with Ableton Live via Propellerhead and Steinberg’s ReWire. Cubase was where I started (on SX2) and I love its workflow and audio engine.

Cubase gets overlooked as an ‘old person’s DAW’ these days but I’ve not really seen any other DAW that’s more capable. I also love the routing possibilities it has. I always use parallel compression on my drums and the group channel routing in Cubase is brilliant for setting up multiple groups that all feed into each other.

I use Ableton Live for sample chopping and processing. I basically use it like an external instrument and record it as audio into Cubase and process it from there. 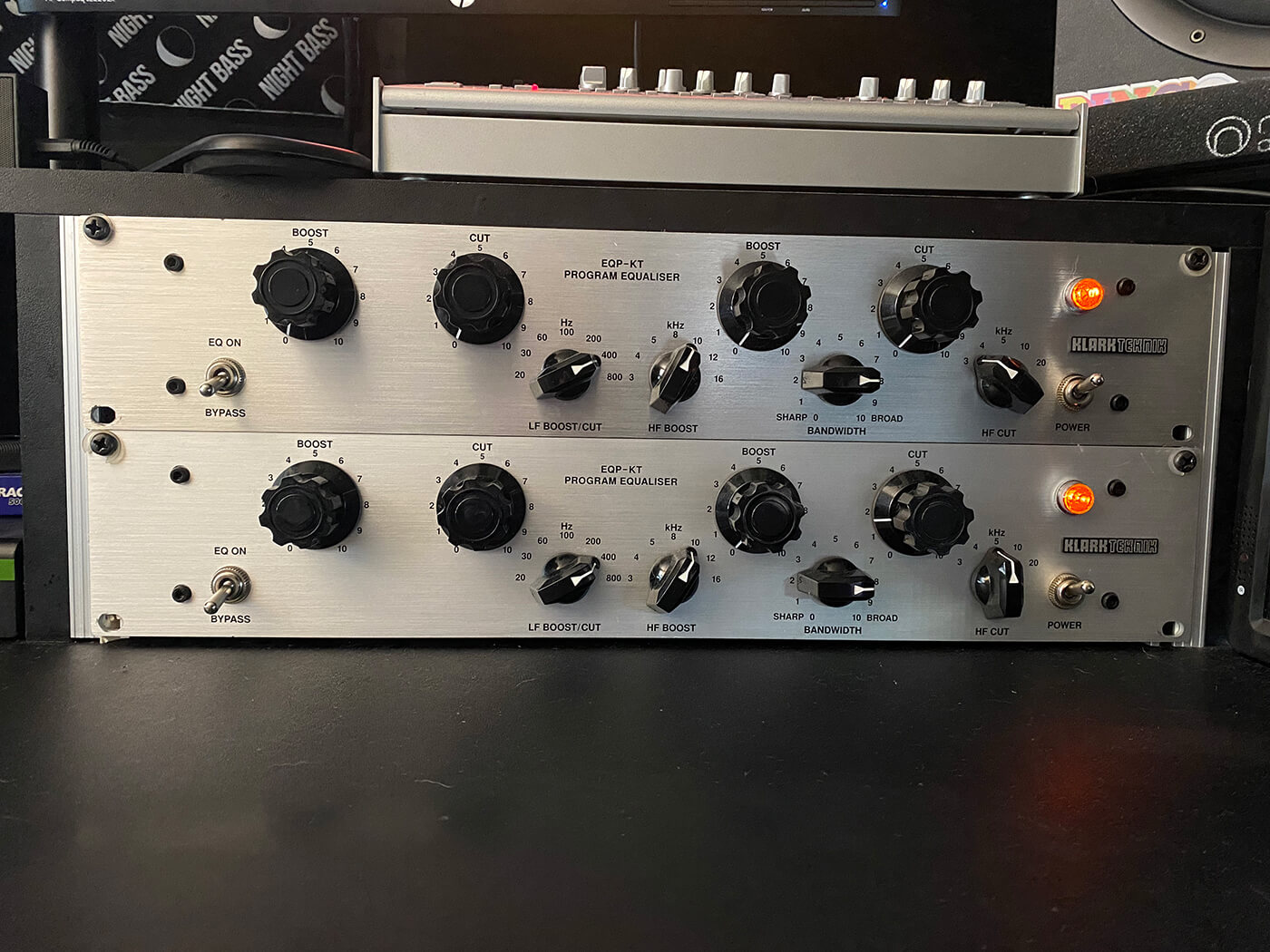 That’s a difficult question. It used to be my Roland Juno-106 but I’ve had no end of problems with it over the last few years (it’s being repaired again). At the moment, I’d have to say my Klark Teknik EQP-KT classic tube equalisers are up there. They sound absolutely brilliant on drums and my TB-03. They have a really gluey effect when I run sounds through them and my old Fostex 3070 compressor. 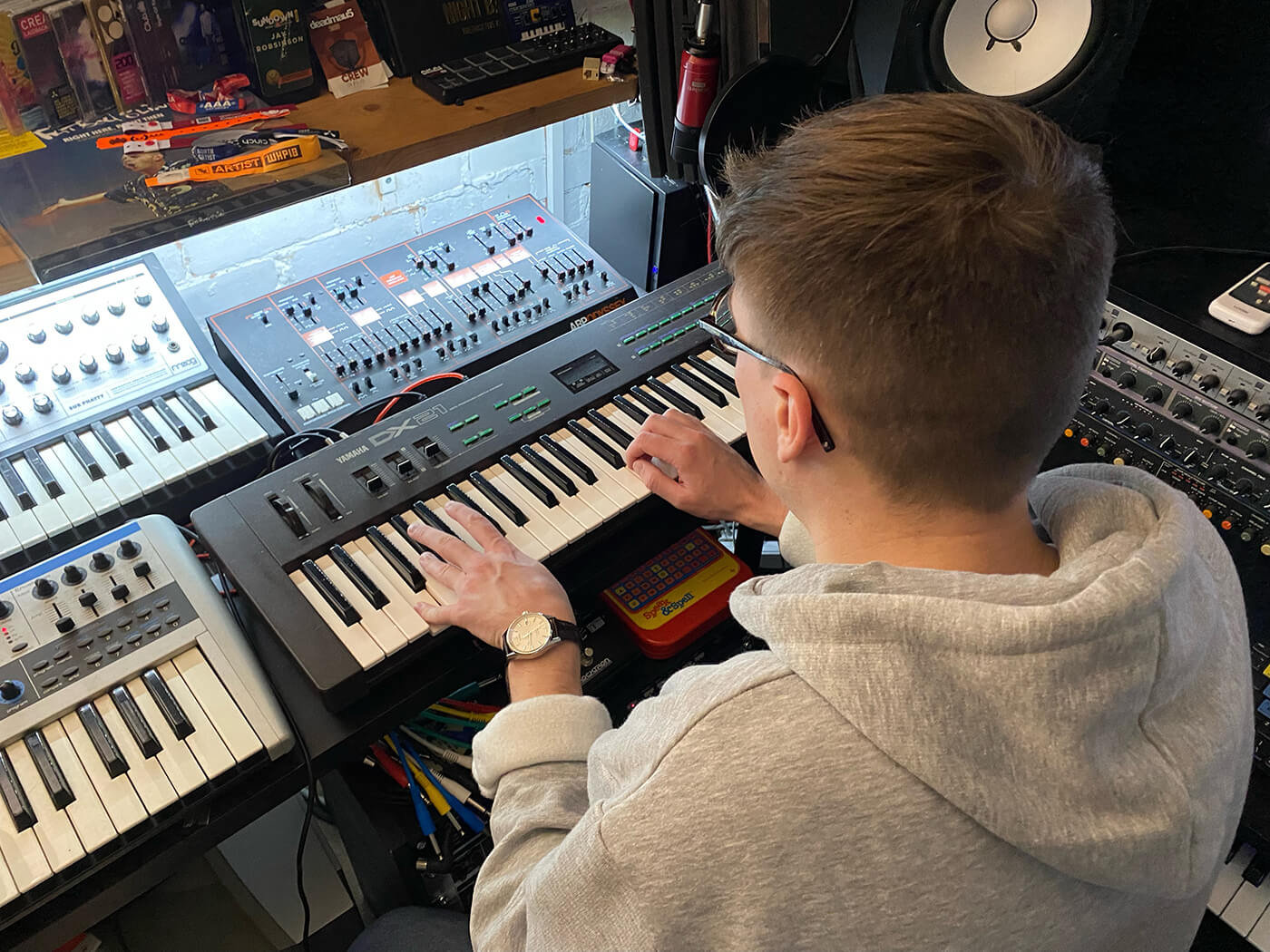 You’ve smashed a lovely acid bassline onto your Rockafeller Skank remix. How did you create this and what effects processing went into it?

I used my Roland TB-03. I usually start by getting a drum loop going then add on top of that. With this remix, the first thing I reached for was the 303 – it never fails. I think the simplicity of its oscillators is something that will never go away. The fact that it’s limited to two waveforms means the emphasis is more on the rhythm or melody you make rather than the design of the sound itself.

Once I made a pattern I liked, I started by making some simple EQ adjustments. Then, I added distortion to drive the sound a bit and routed the synth through my Fostex 3070 and EQP KT to get it nice and gluey.

The best tip for a good 303 is to add an effects channel, hi-pass filter out all the low and add a chorus to it. It adds width and character that really helps to bring out the body of the 303 in the mix. Having it on an effects send also means you can balance it better while retaining the punch of the original sound. 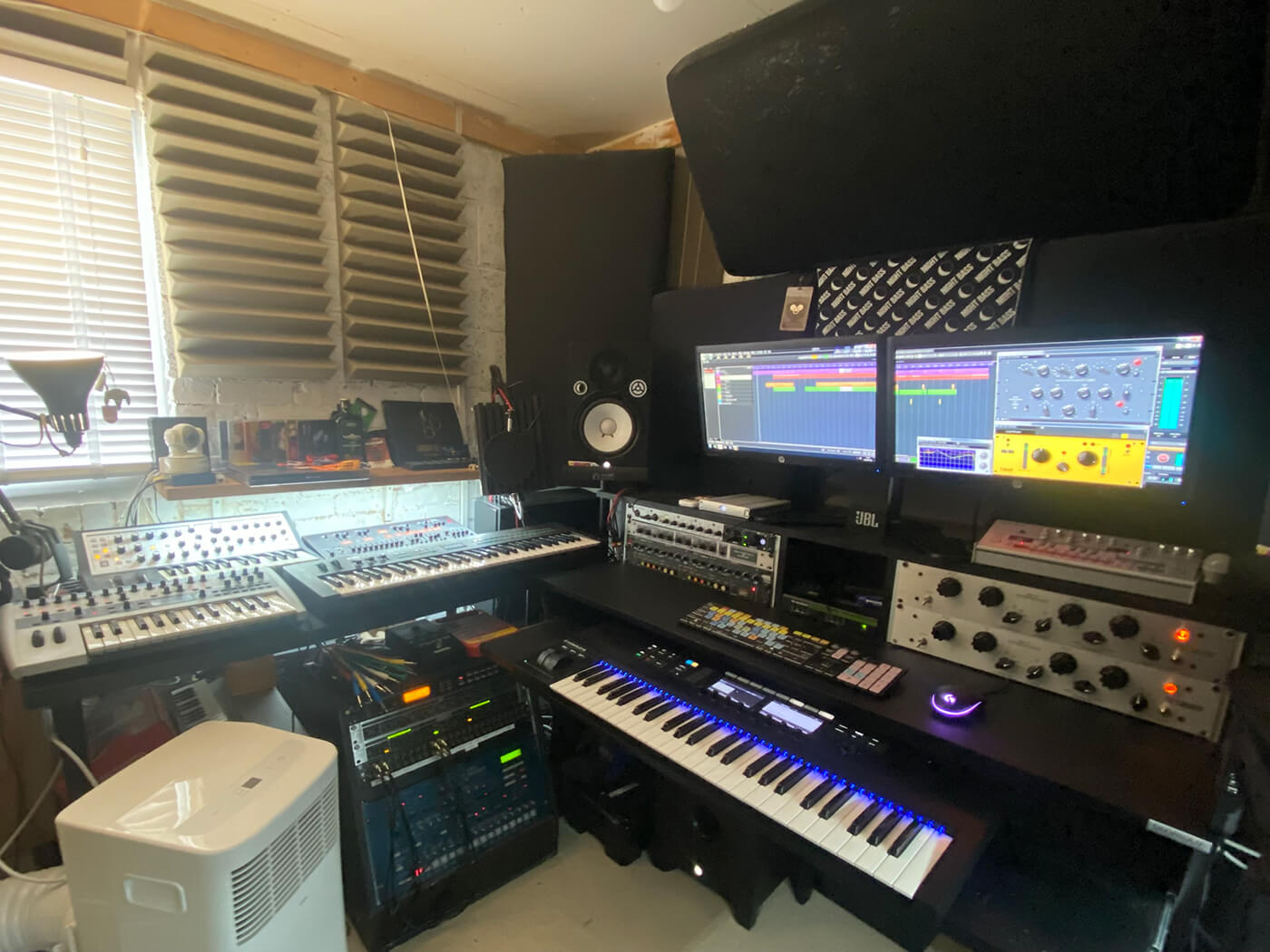 Definitely my PC. I went a bit mad and got 6TB of storage and a full water cooling system in it. It’s getting a bit old now but it’s set up just the way I like it so I’m holding off on upgrading it for as long as possible.

What will you add to the studio next?

I really want a Roland SH-101. I use the Roland Cloud plugin all the time and I remember using the real one in a studio in London with Jack Beats a few years ago and loving the warmth and roundness of it. 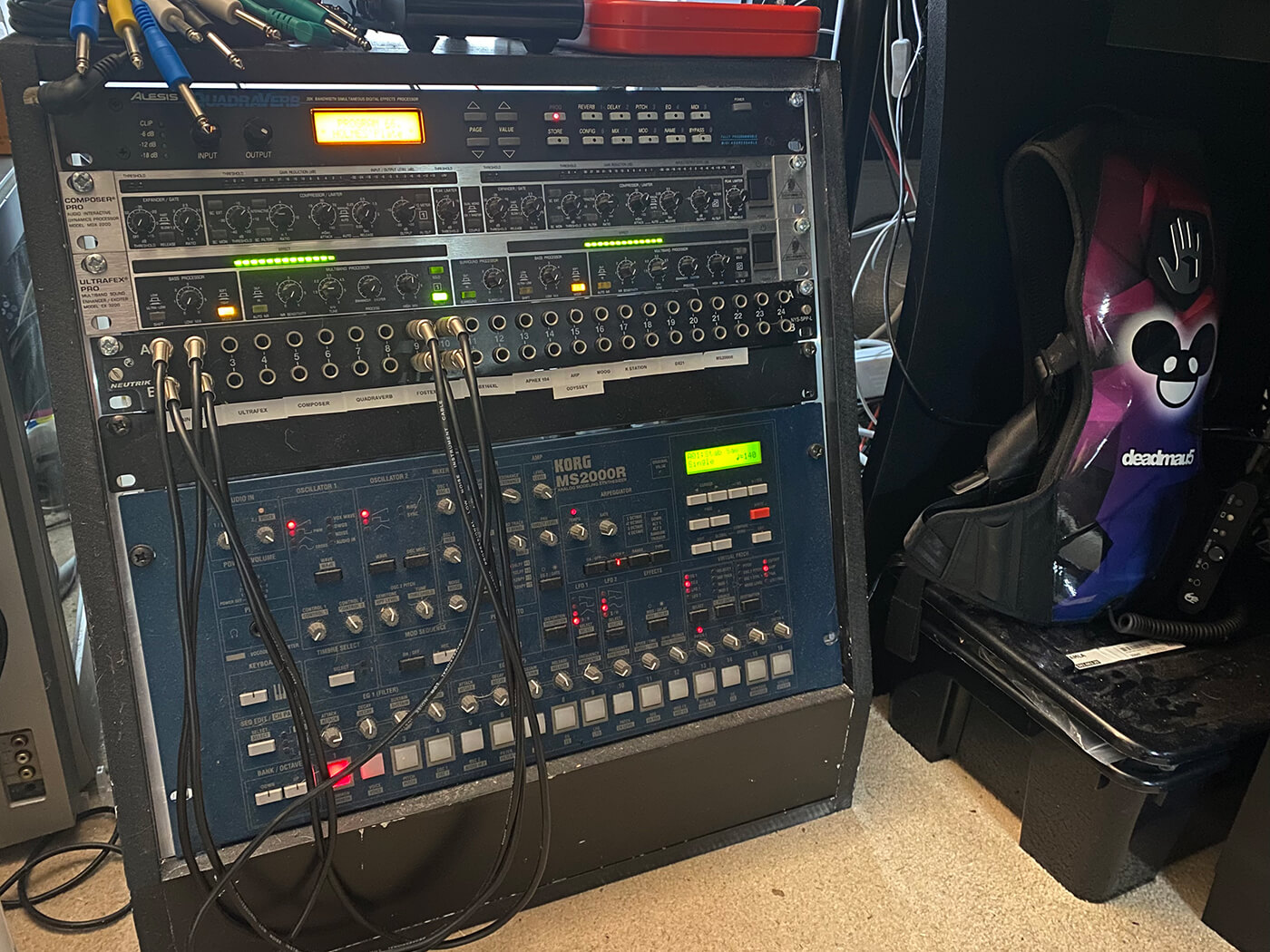 I’d absolutely love to have a proper Empirical Labs Distressor. The UAD version sounds incredible – I can only imagine a real one will have all that tonal loveliness and more. There’s something so satisfying about running digital audio through an analogue bit of kit.

Do what you feel is right – do what sounds good to you. Don’t release music too early. I did that and always regretted it. Making music is a craft that takes time to learn. Don’t rush, and enjoy the process. 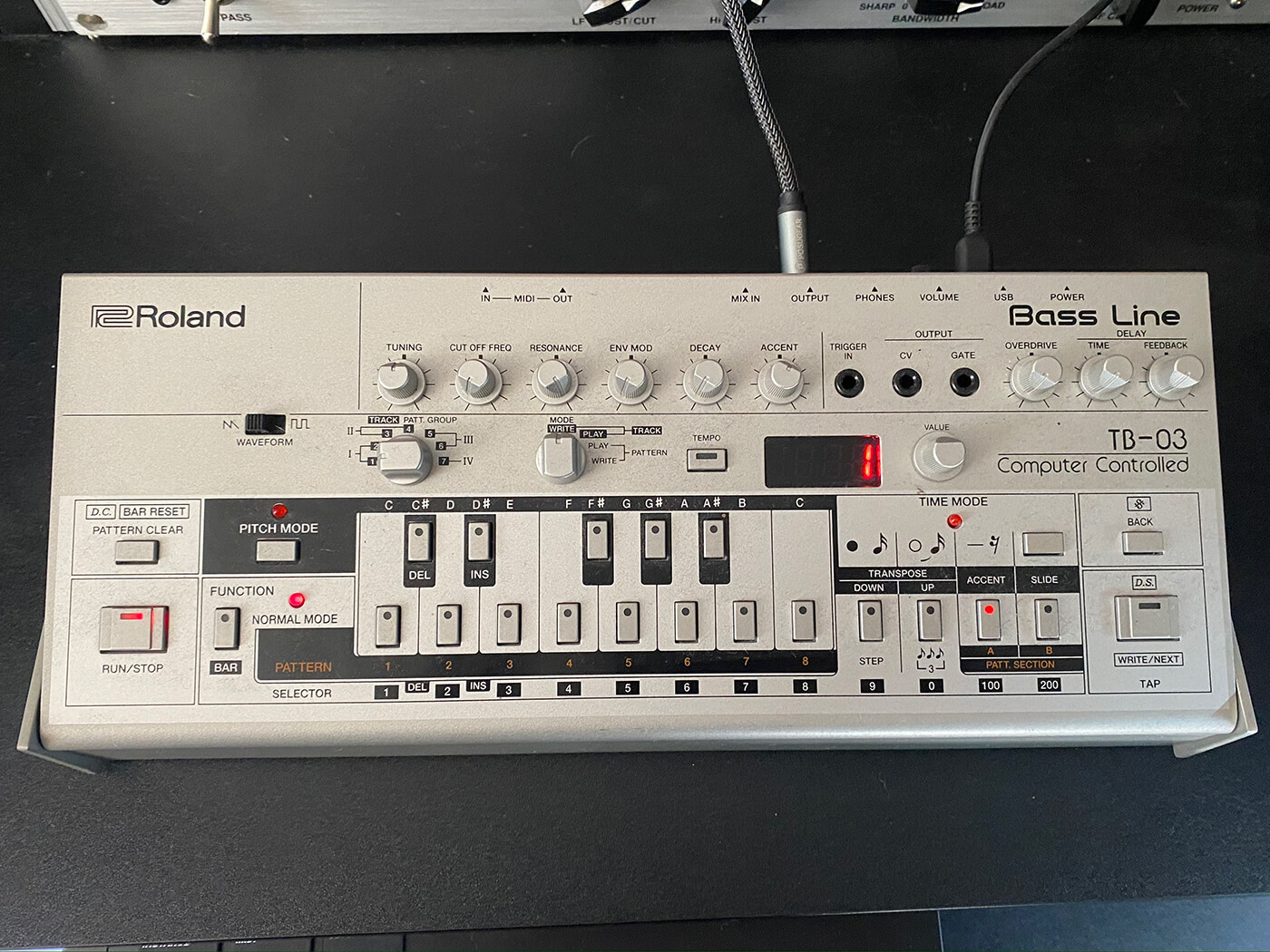 Make sure you’re comfortable where you work – if that’s on a laptop lying on the sofa then that’s how you should make music. Don’t worry about your space looking good, practicality is more important than aesthetics.

Listen to more of Jay Robinson’s work on Spotify.