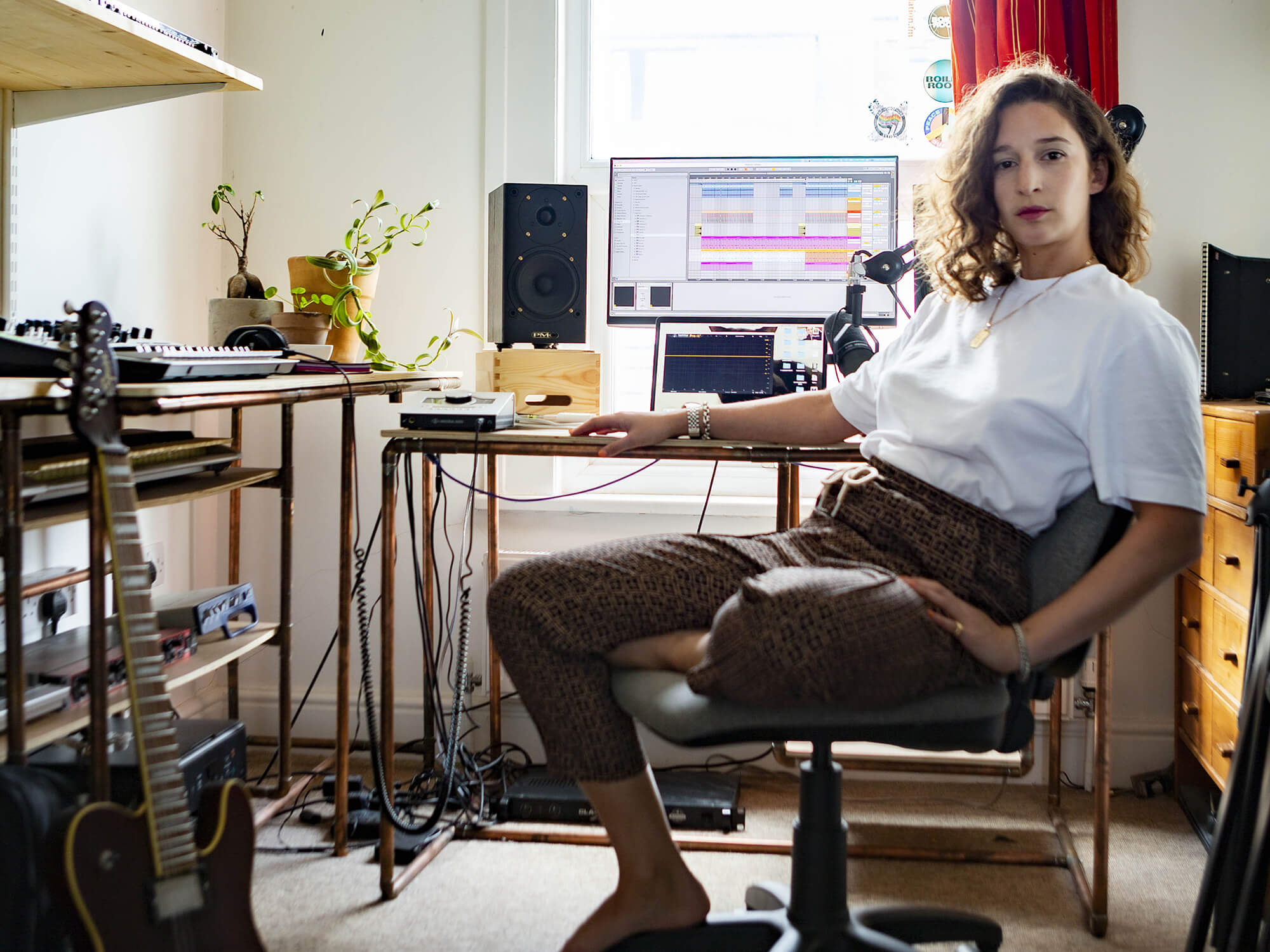 Show Off Your Studio: ELKKA’s final farewell to her cosy home space

For ELKKA, a holistic approach to music has helped her evolve from singer-songwriter to orchestrating a fully-fledged live show spanning her vocal-laden mixture of house and electronica. That’s now led to the London-based producer – real name Emma Kirby – supporting Caribou on his 2021 tour and sharing the stage with Four Tet.

In her latest foray, a single entitled I Just Want To Love You and visuals directed by her partner Alex Lambert, ELKKA taps into the concept of love. She asks: What is it? What does it look like? How has it been represented so far? Featuring a construed sample of folk singer John Martyn that means a lot to both her, Lambert and – she’s now discovered – Martyn himself, the multi-dimensional track reflects the joyous intimacy of love.

Speaking from her cosy home studio adorned with her grandma’s curtains, warming, soft wooden furnishings and her cat Gillian (named after Gillian Anderson), Elkka looks back on the humble space. She also looks ahead to the setup that will soundtrack the next chapter of her musical journey.

ELKKA – hey! Tell us about the themes and ideas of love in I Just Want To Love You and its amazing accompanying visuals.

I wrote this song when I was seeking to express my love for and appreciation for my partner and was struggling to do it through words. It samples our favourite artist, John Martyn, so it is very sentimental to me and holds a lot of emotion.

It made me reflect on traditional love songs and that actually they should be for everyone. It’s not just about romantic love; its love for our families, friends, even the animals that keep us company. All love is important and everyone deserves to feel it. In response, my partner Alex directed beautiful visuals reflecting this.

Before we get into your studio, tell us about your live sets. You’ve been touring the world supporting the likes of Four Tet – what’s that been like?

Honestly, this year has been incredible for touring and, yes, I got to play alongside some of my heroes, which was amazing and sometimes intimidating but in the best way. Live shows are a different output for me as opposed to DJing. I get to express myself and connect with the audience in a completely different way. Touring all over, and seeing my heroes perform around me has inspired me and nourished the direction in which I want to move into. This single is the beginning of that next chapter. 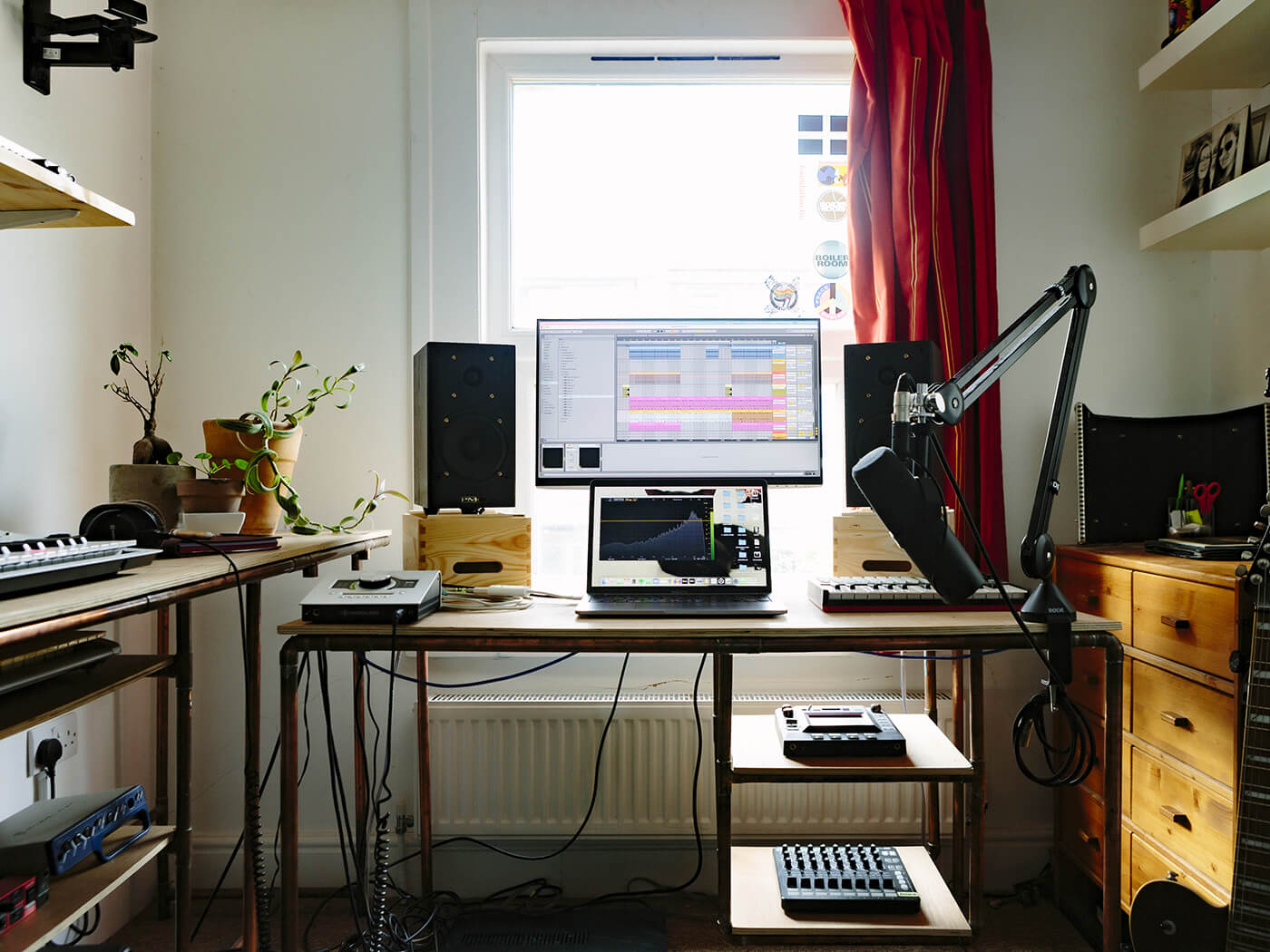 How have you refined your setup over the years?

I started out with a different setup to the one that I have now and it’s something that never stops evolving. At the beginning, I mainly used my Ableton Push 2 (which I still have) and a Roland SPD-SX sampling pad – but very quickly realised I am not a drummer! So I gave that up pretty swiftly and brought my Korg Minilogue and Volca into the fold, which was far more natural. I use the Minilogue to write on almost everything. I love how it sounds. 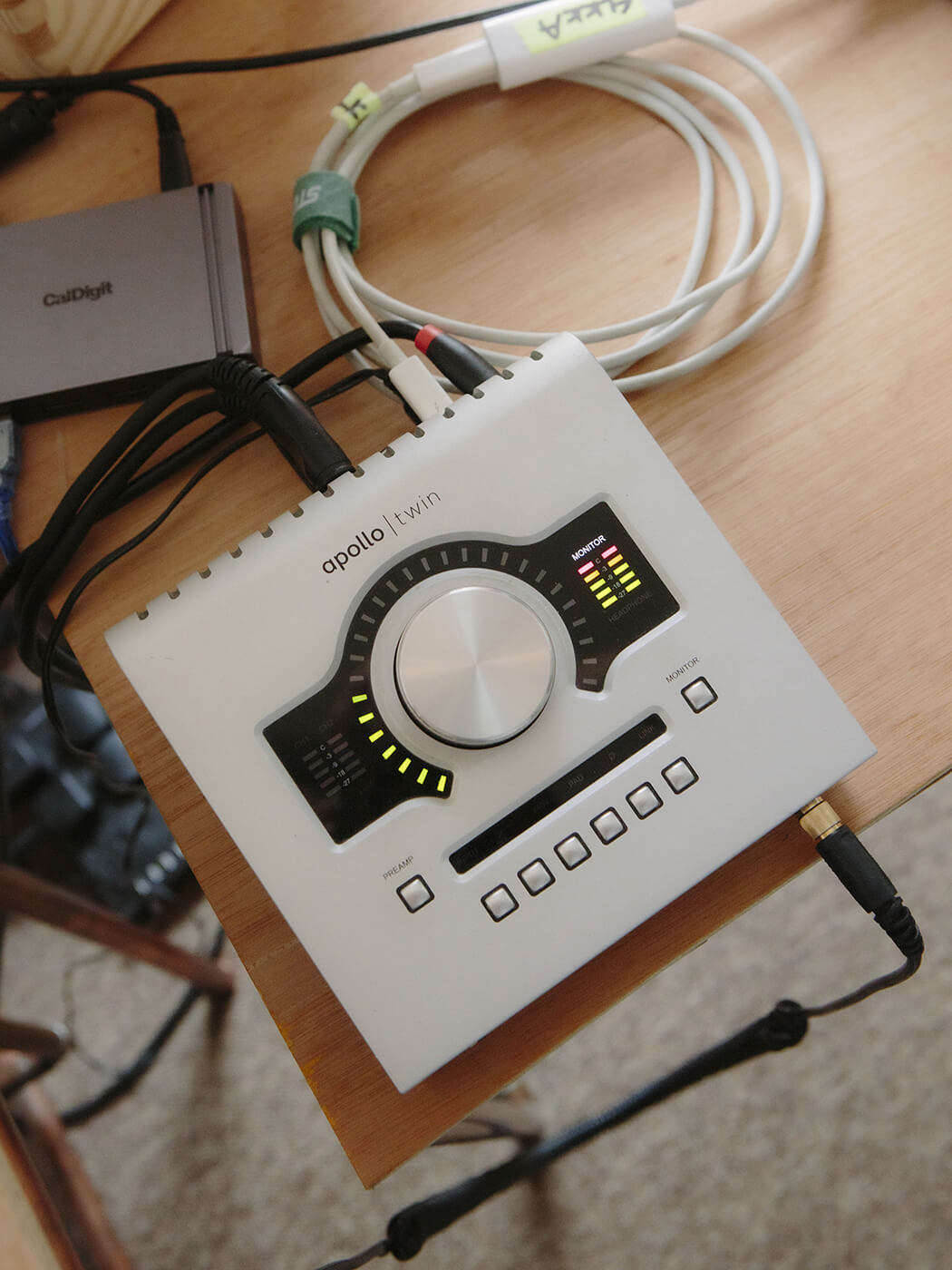 Has your live tour setup inspired your creative process in the studio?

I create different live versions for all of my songs, and often I do this by improvising with my live setup and then producing around that. It’s quite a fluid creative process at the beginning between performance and production in the studio until I am happy with how everything sounds and feels. Of course, then testing it out in real life, I will often keep fine-tuning at home until it feels just right on stage. 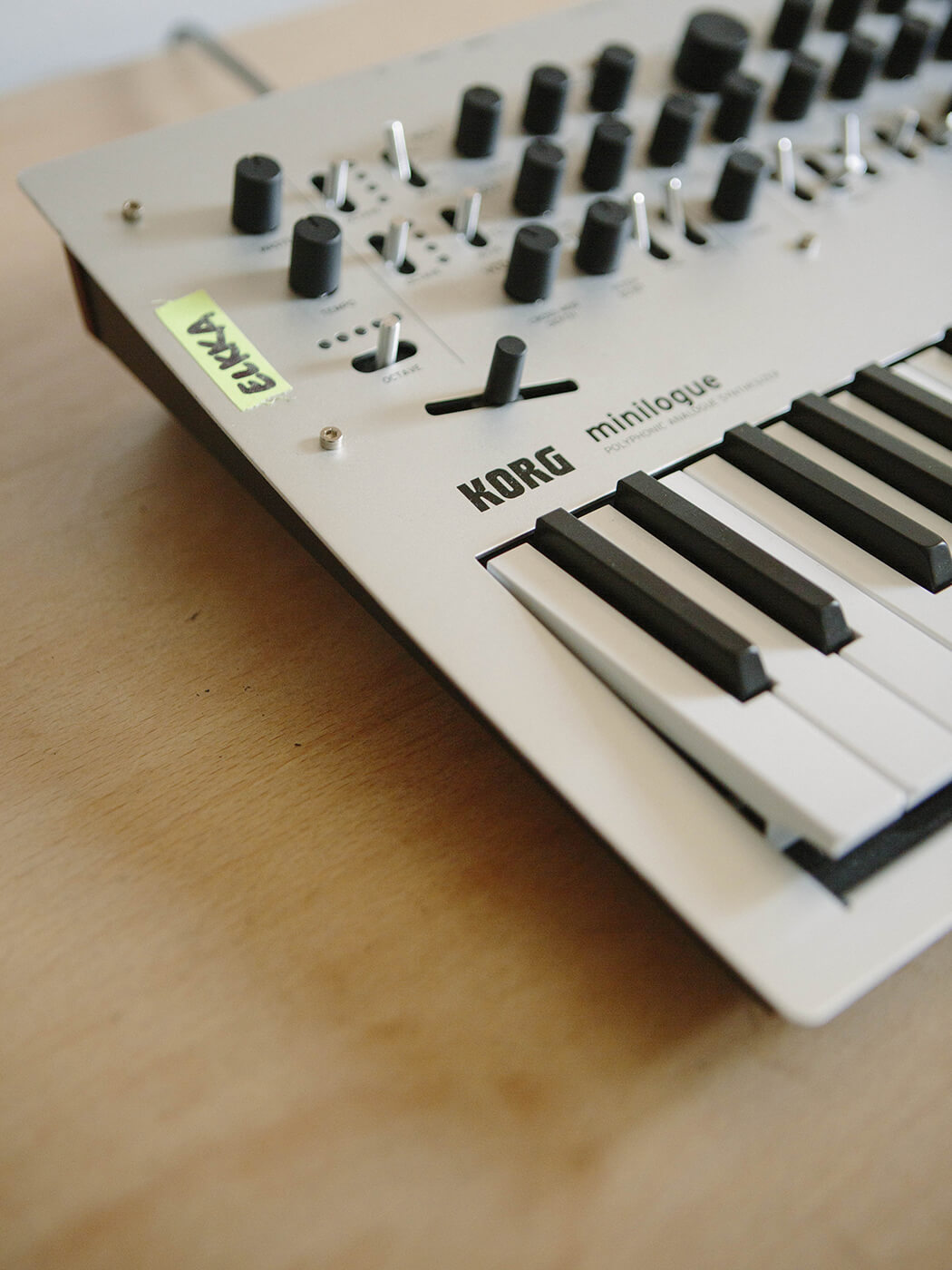 What is your process for starting a track? Do you set everything up and jam like you’re in a live setting or is it more methodical?

When I am at home writing and not touring, everything but the Minilogue pretty much stays in the Peli cases. I wouldn’t say it’s methodical, I just noodle around until I find something that sparks an idea. So, this could be from a particular sound from a VST that I click with, a record I have sampled or field recordings from my life. It’s kind of a ‘eureka!’ moment, and it will pour out of me.

In some ways, it feels almost spiritual. I commit to sitting down, looking for something to happen. And then when it does, its pure instinct and hours can fly by while this idea emerges. 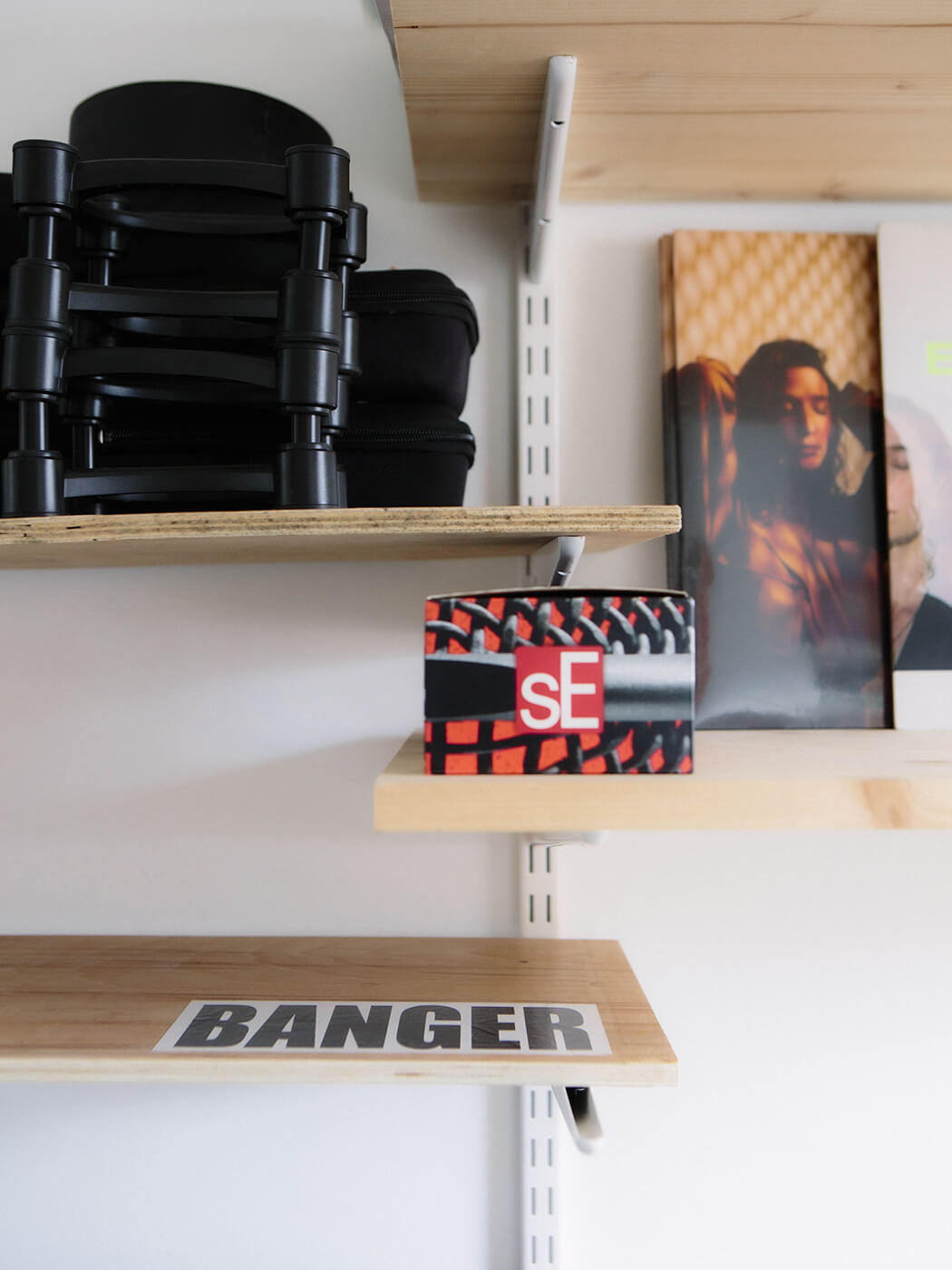 My studio is a spare bedroom in my house. I’m fortunate to sit in front of a window, which is important to me. It may not be perfect for acoustics but I appreciate the natural light. I’d struggle in a studio cave.

I’ve been writing there for about five years but am now excited to move and build something of my own – with space to have my live show gear setup, space for my CDJs and mixer, and more synths. 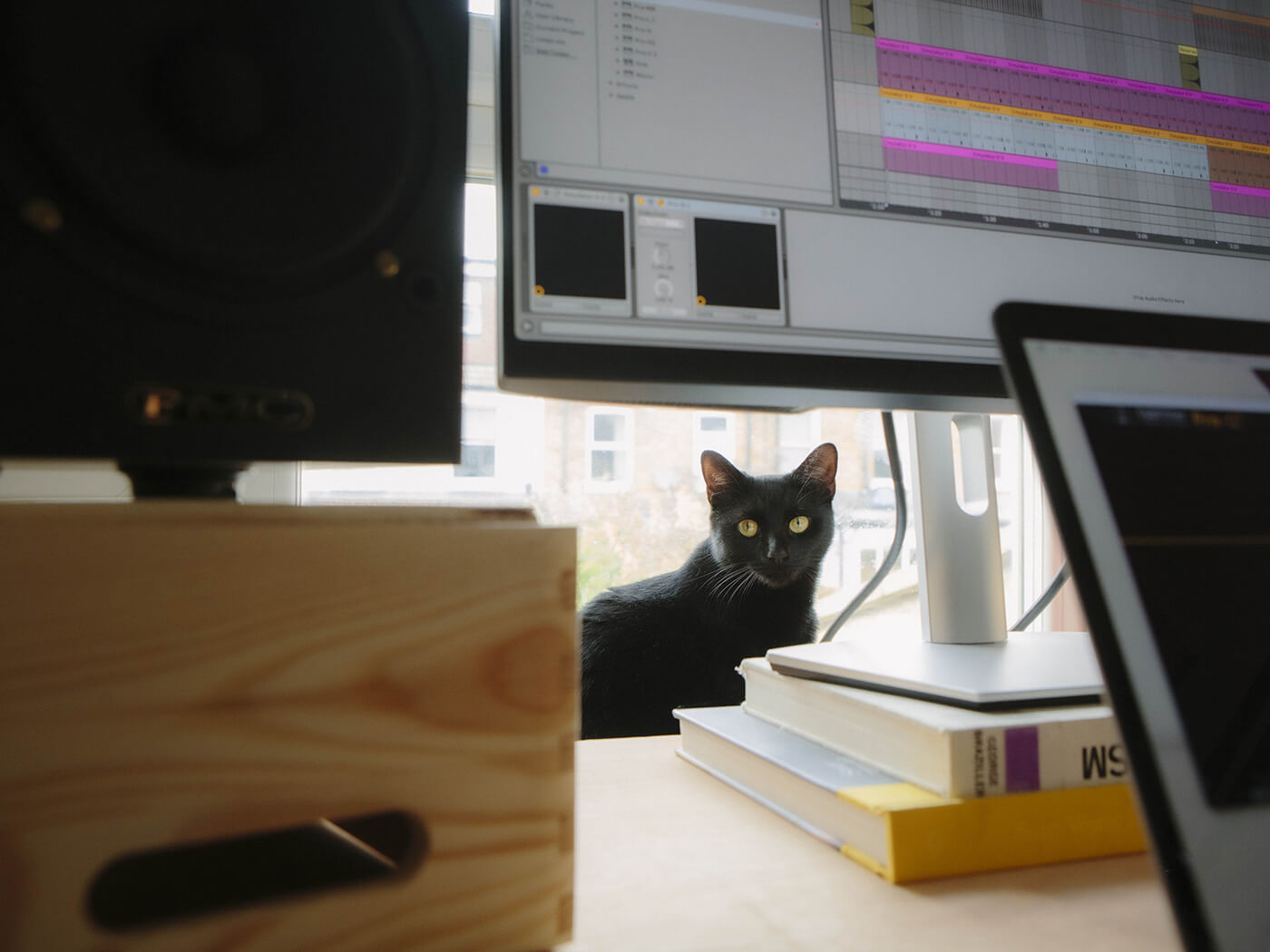 It’s a small space that my partner Alex kindly custom built a desk and shelves for. They’re modular so I can move things around easily, depending on what I am working on at that moment. I write mostly in this room but I also like the freedom to write anywhere if I want – with just my laptop and some headphones when I travel or go home to visit my parents. I’ll bring a microphone for vocals or just use my phone to record little ideas. 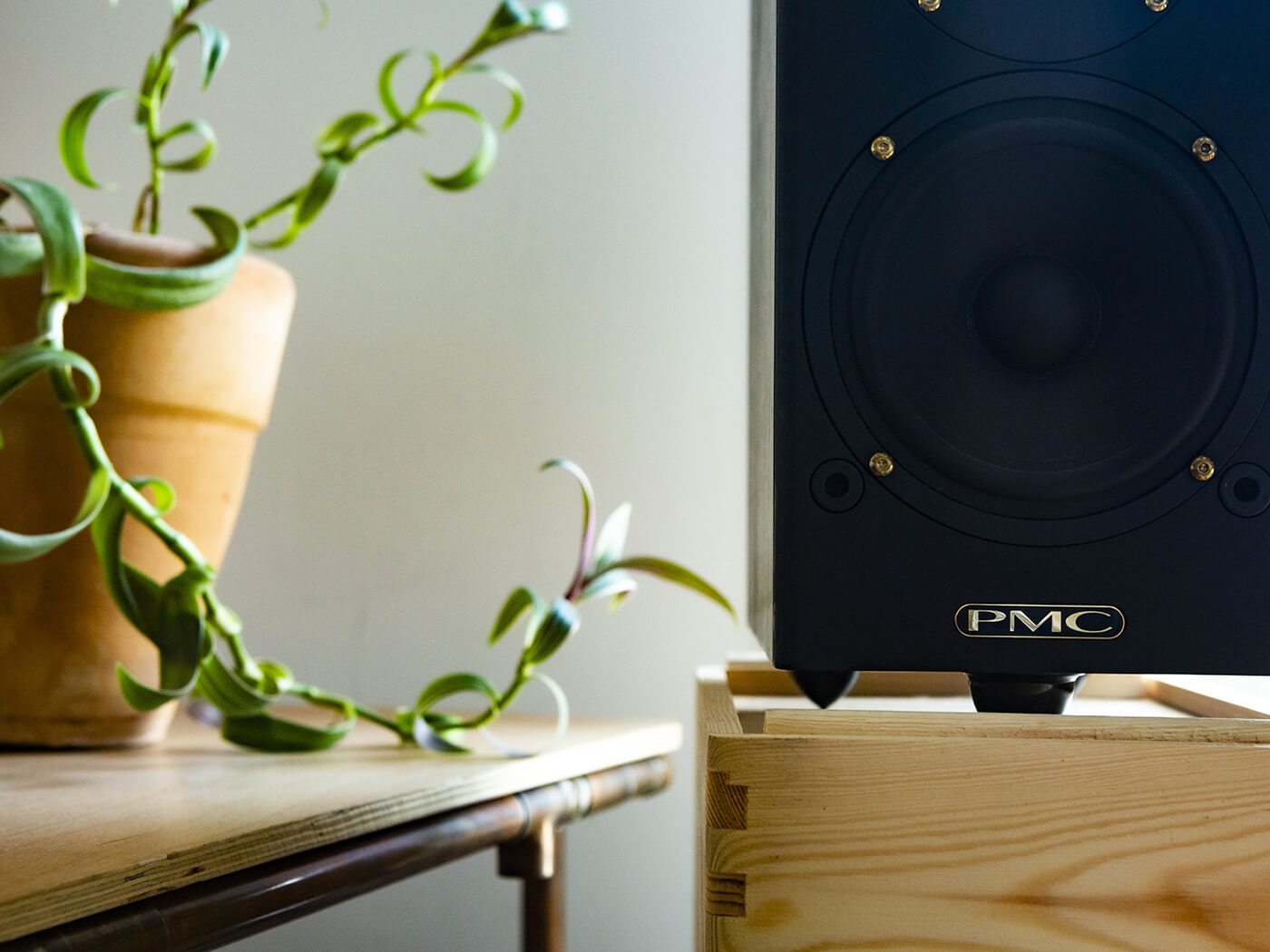 I have my grandma’s curtains in front of me. I like the soft wood as it feels warm. It’s a cosy space. 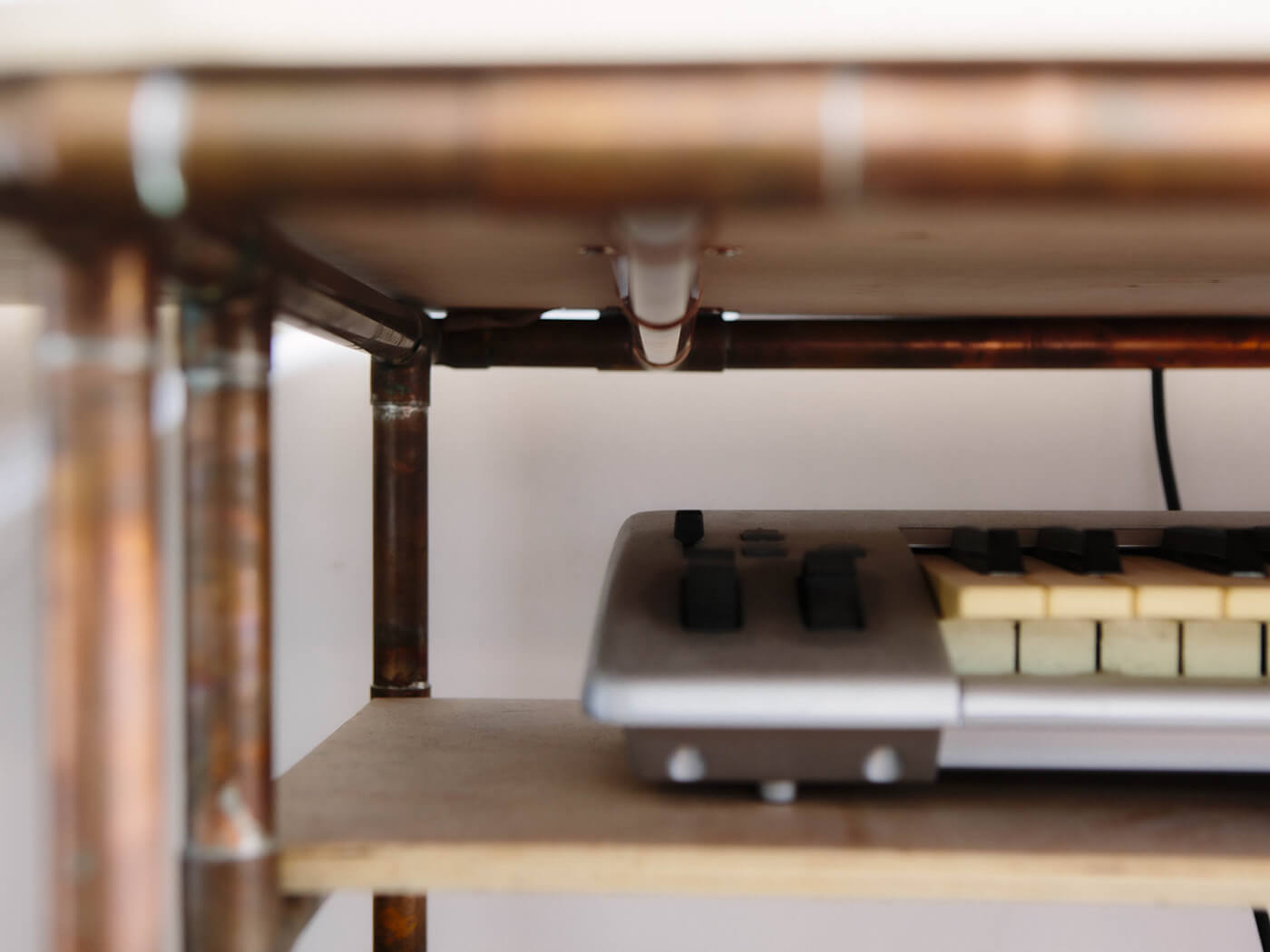 Ableton Live – I love it. It’s incredibly intuitive and pretty much all I have ever known. When I was doing the singer-songwriter thing, I used Apple Logic Pro but I feel very committed to Ableton now and it’s also brilliant for my live shows too. It just works for me. 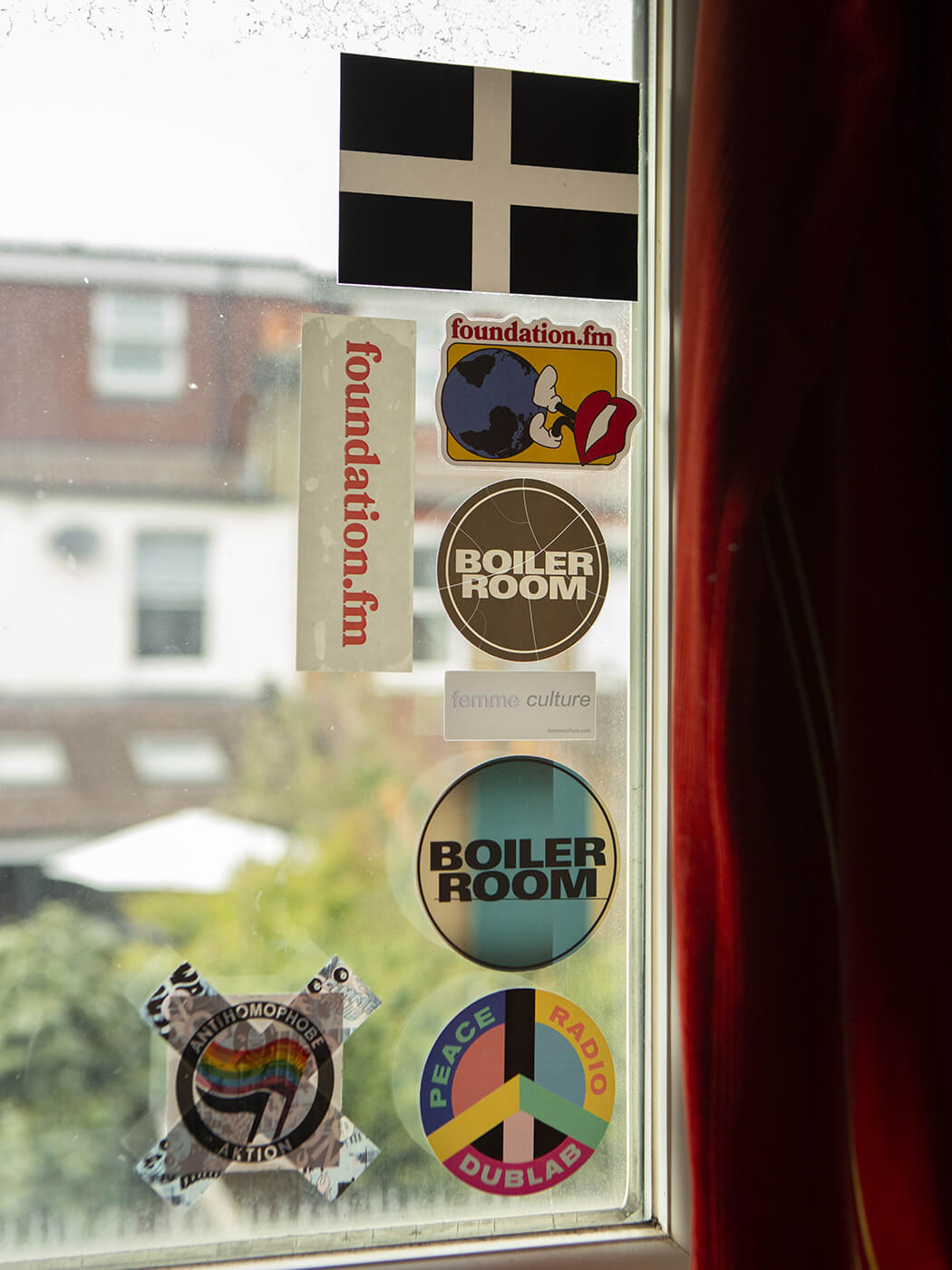 I would say Ableton Live – it really allows me to express myself in a way I’d struggle to if I didn’t have it in my life.

You create sharp percussive elements. How do you create these sounds and grooves?

I don’t really think about it too much – I’m not a drummer and I don’t often write complicated drum parts. I layer loops, chop them up, sample records, write something in if it needs it, and add textures with plugins – but fundamentally it’s what feels right to me. 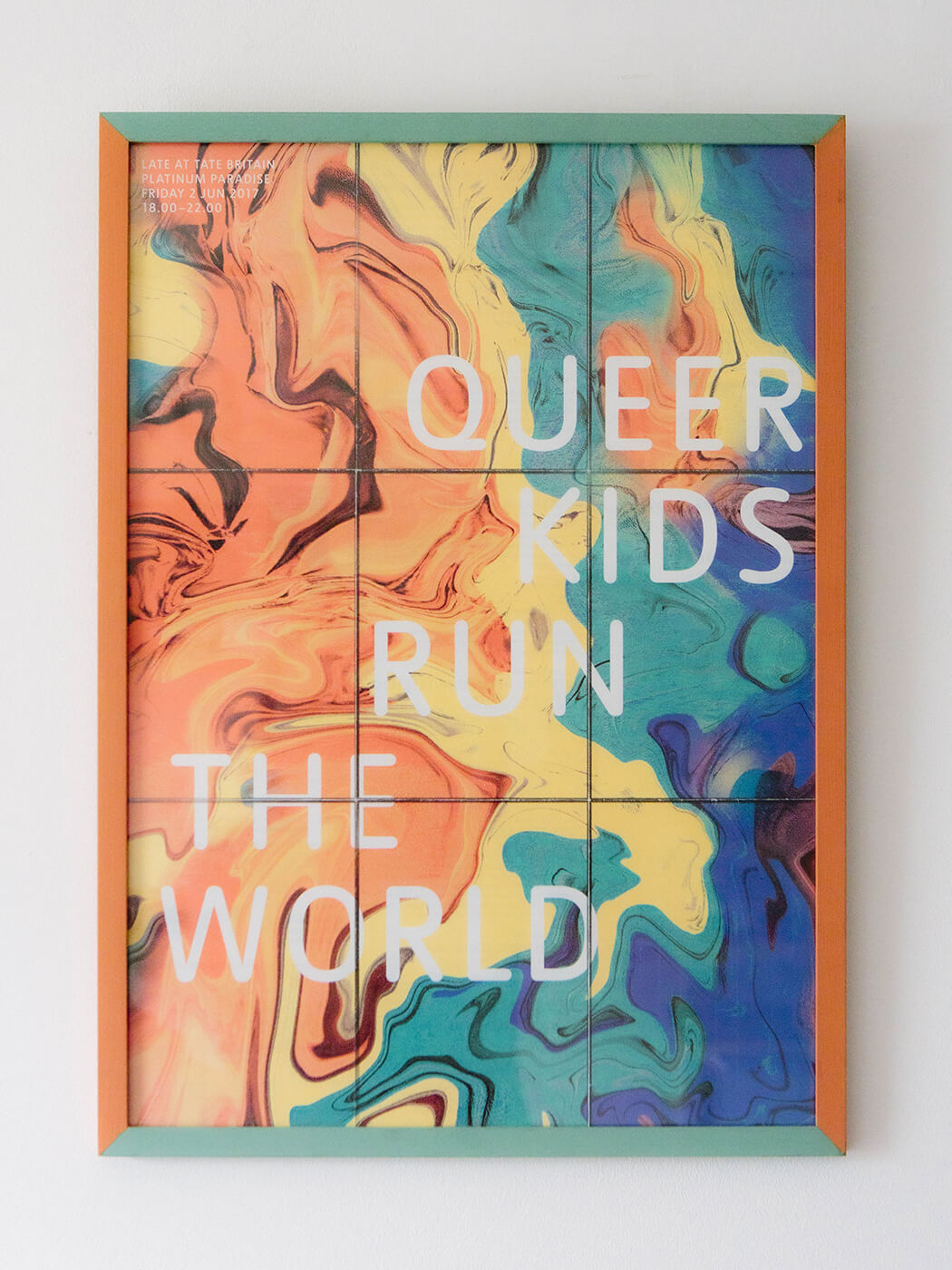 There are two synths (a jutting, stabby sound and a bleepy sound) working in tandem throughout the track. How did you achieve these sounds?

I used Arturia’s V Collection and one of them is a sound that comes with Ableton. Again, I don’t overthink it. If it needs EQing, I’ll use the Ableton EQ Eight but if I want to be refined with it, I go to FabFilter Pro Q3. It’s phenomenal.

Tell us about that John Martyn sample.

John Martyn is an artist introduced to me via my partner, Alex. She used to listen to him with her father growing up (he once went for a beer with John after one of his shows). He quickly became an artist we grew to adore together. So, sampling one of his records was automatically something of great sentimental value.

When looking for samples it often happens rather organically over time. I keep a folder on my Spotify and laptop and when things pop up that I might want to come back to later on, I put them in this folder and it becomes a treasure trove of inspiration for me.

It’s my laptop. Having something fast and reliable is hugely important. I had the opposite for quite a while and it really slowed me down and blocked my creativity at times. 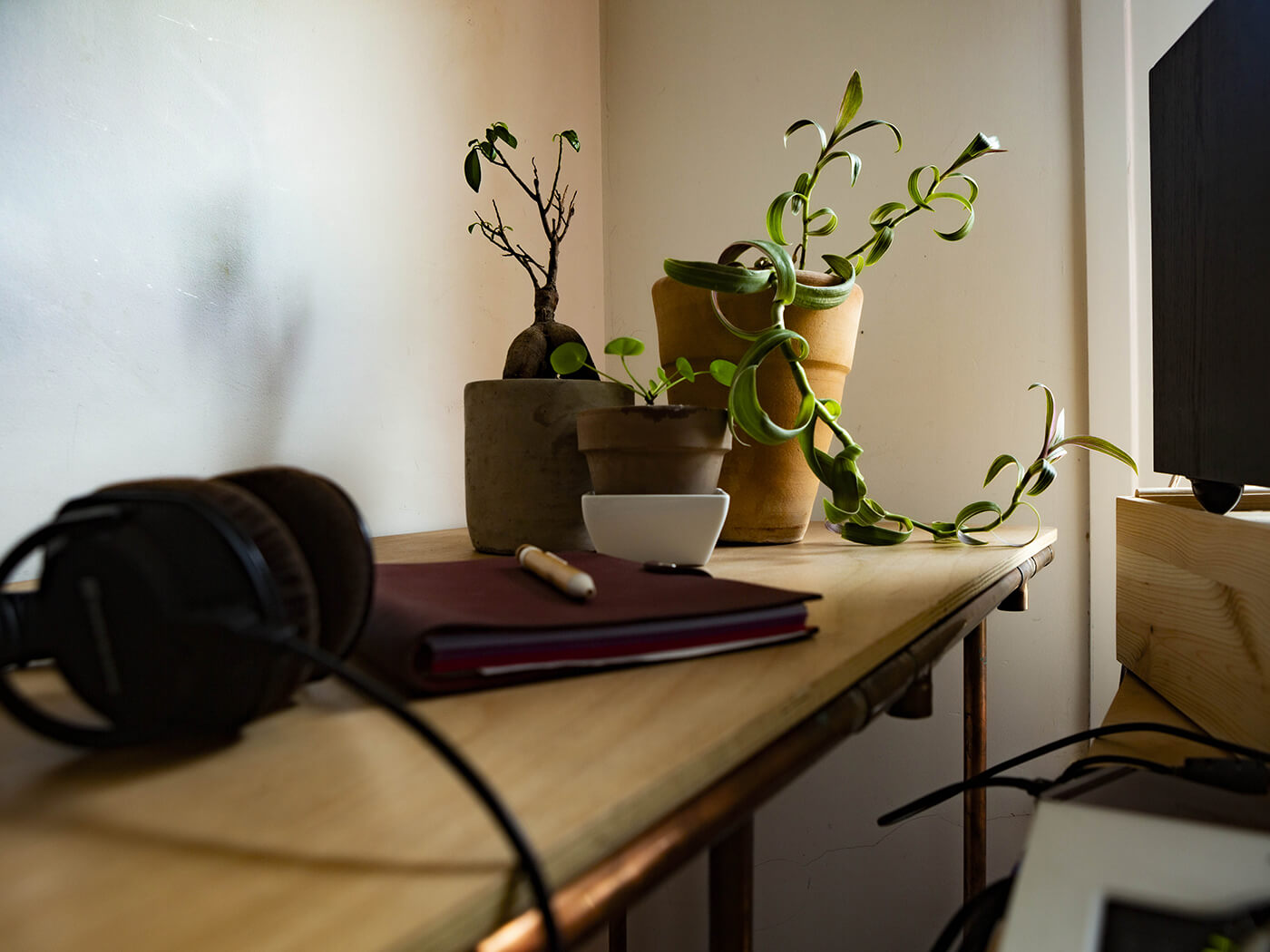 I’m deeply considering getting a Sequential Prophet but not sure which one. They’re just beautiful synths and would be perfect for where I’m headed. 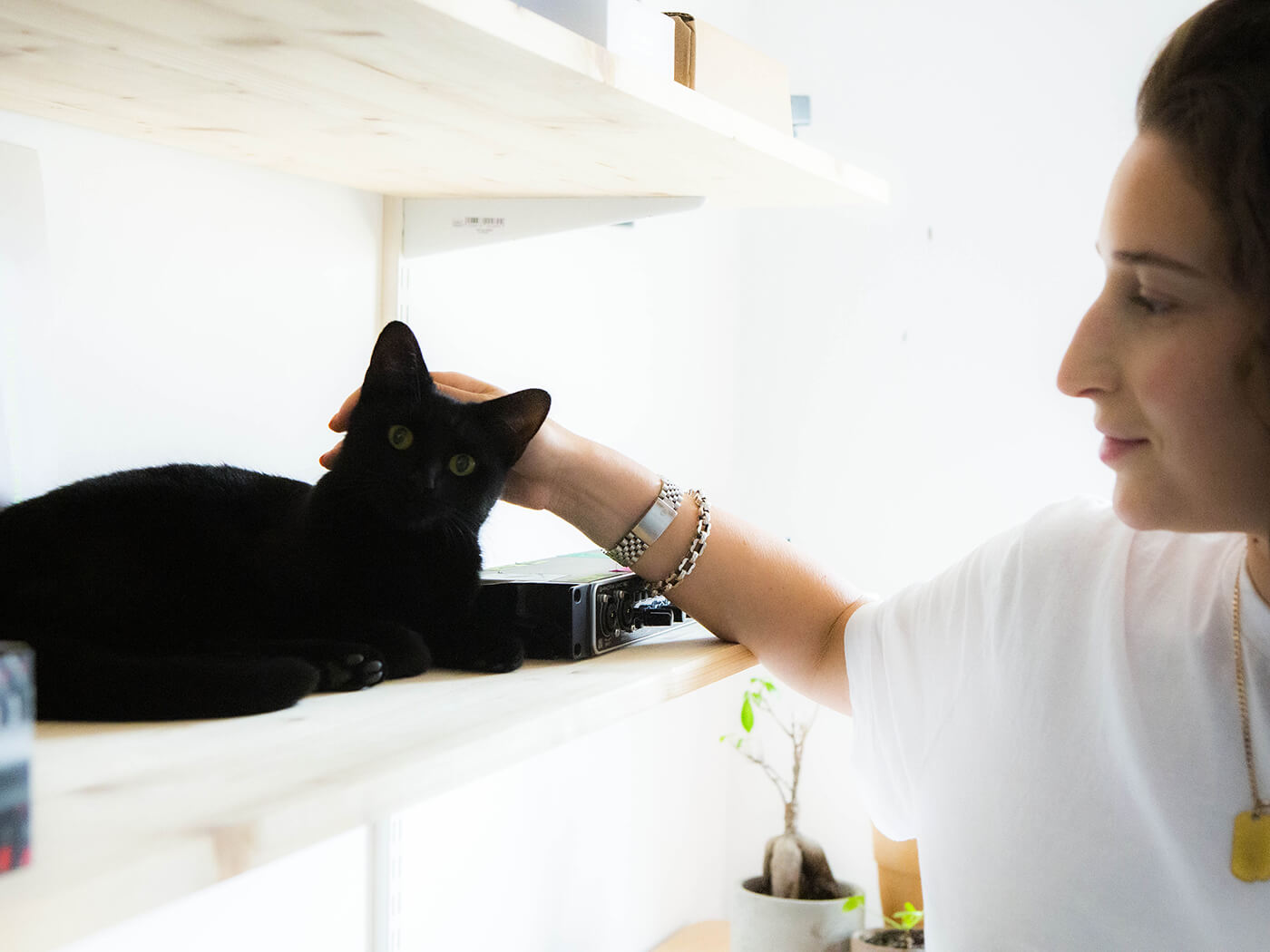 A Yamaha CS-80 would be incredible but I’m pretty sure they are impossible to come by and very expensive! I played on one in real life and it’s incredible. I use the Arturia VST all the time. Maybe one day.

My laptop – I know I could make songs and sing into it forever! 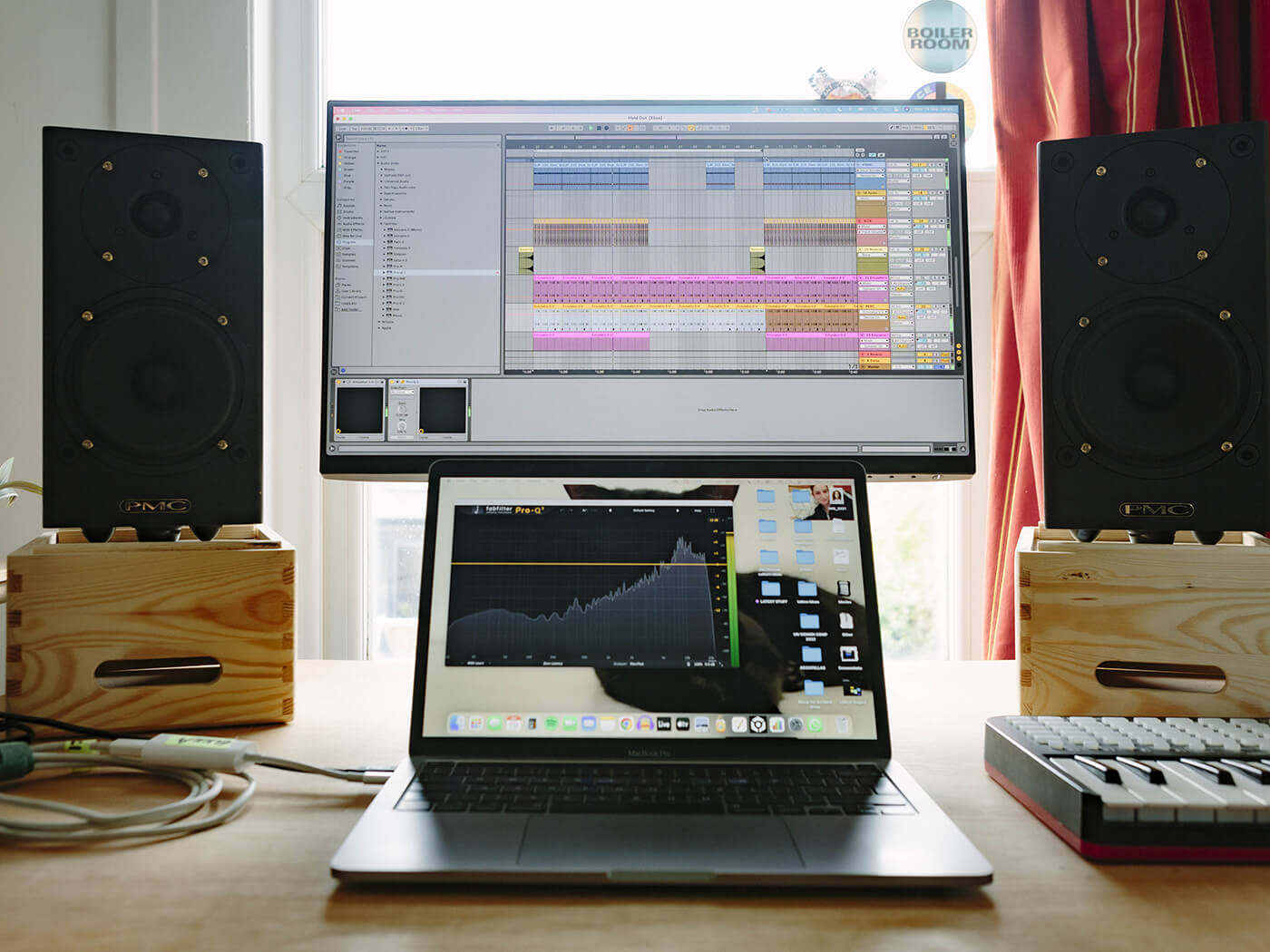 Follow your instincts. You don’t need all the kit to make good music – just good ideas.

Spend money on decent speakers before anything else and don’t overcomplicate it. Get to know what you have first and build slowly from there.

Stream and/or buy I Just Want To Love You by ELKKA on the artist’s Bandcamp.