Would you look at that! Yes, it’s time to show off your studios and this month, Luciano is doing just that. Upload a shot of yours to the MusicTech Facebook and you could be in our next issue… This incredible studio is owned by artist, producer and DJ Luciano, who also runs Cadenza Records. The facility […] 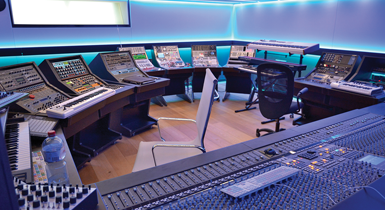 Would you look at that! Yes, it’s time to show off your studios and this month, Luciano is doing just that. Upload a shot of yours to the MusicTech Facebook and you could be in our next issue… 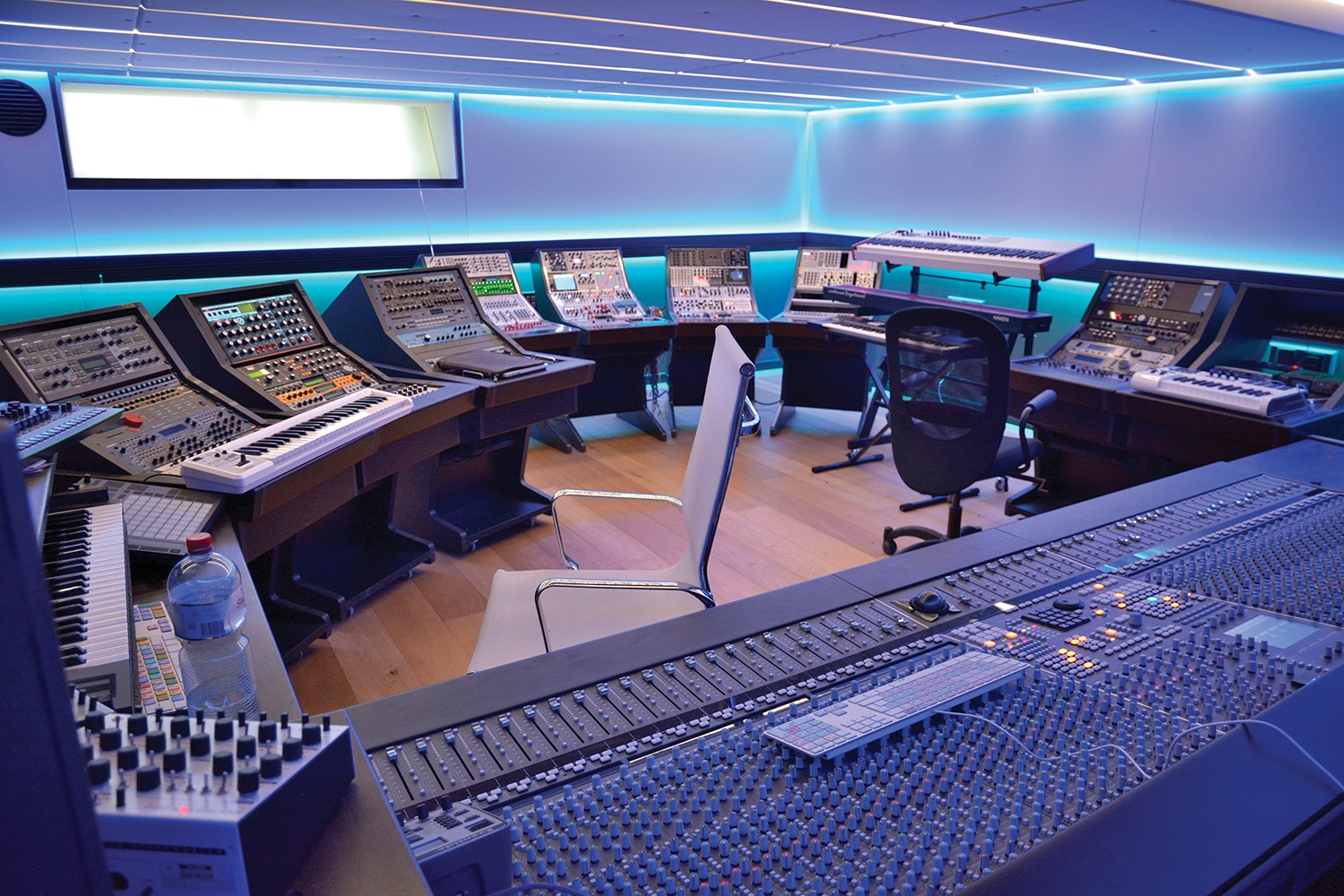 This incredible studio is owned by artist, producer and DJ Luciano, who also runs Cadenza Records. The facility is the central hub for recording and mastering all of the label artists. Luciano tells us more about the facility…

MusicTech: Tell us about your incredible studio?

Luciano: It’s based around a Stereo Reflexion Arts acoustic design with a high-resolution monitor system, consisting of two RA239 monitors and RABX1 subwoofers, driven by Reflexion Arts/Neva Audio Studio II RA MKII and Neva Audio NA3200 amplifiers. The system, processed by BSS London Series BLU-160, is capable of a frequency response from 16Hz-27kHz. All the studio racks are designed by Joules Newell and supplied by Reflexion Arts as well. 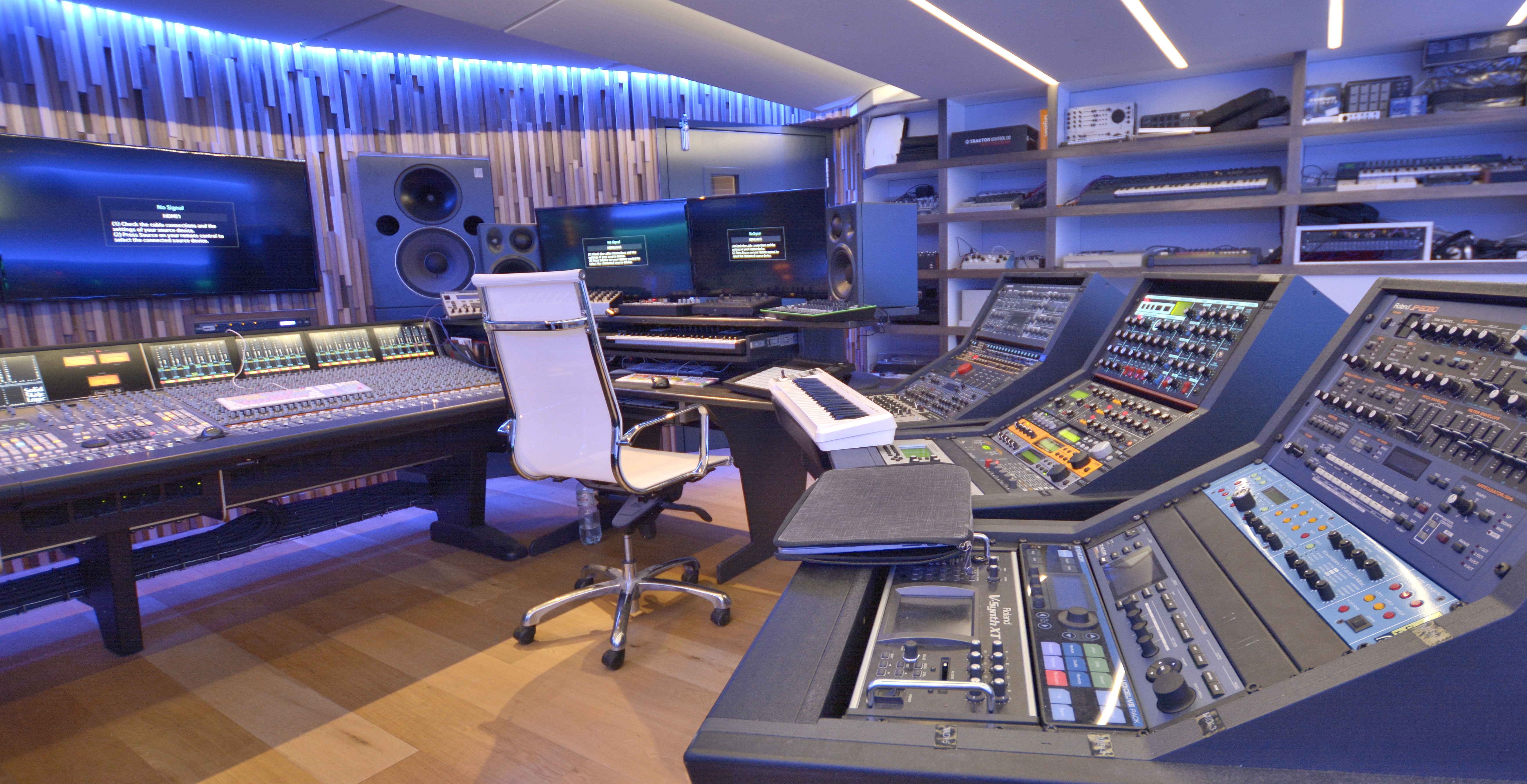 MT Tell us about the desk…

It’s an SSL Duality. We chose it because it’s an amazingly versatile mixer, with that famous SSL parametric EQ. It also offers great DAW control possibilities and is just a fantastic mixer that you will never get bored with.

It’s very hard to reduce all my studio down and choose just one piece of gear. I’ve been collecting items for it for many years and many of them have a timeless quality, or I use them all the time when I’m in the studio. 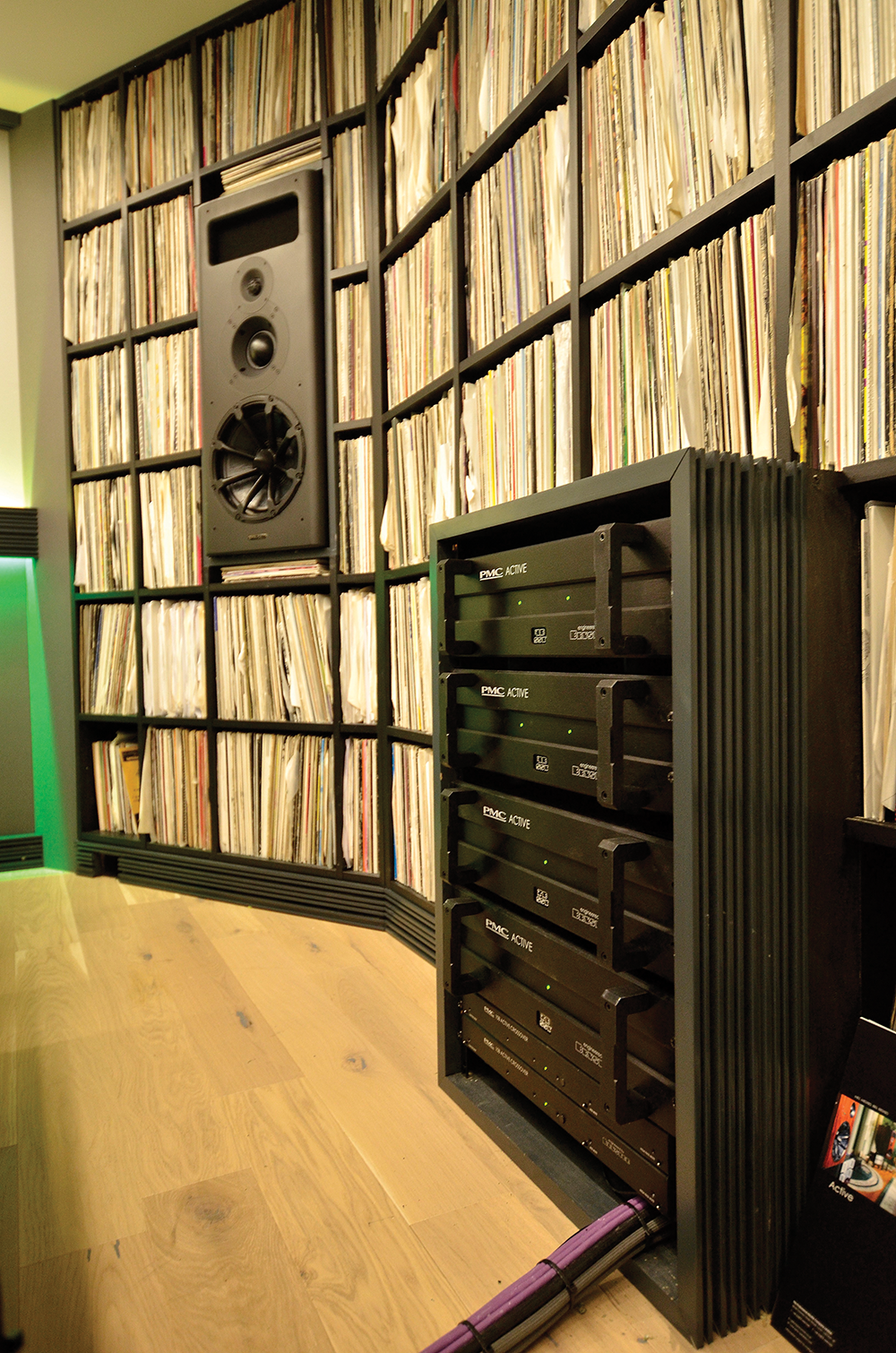 But if I had to choose one, then for composing, I love all of my Eventide effects, because they have so much depth and you can create so many effects that are in perfect sync with all of my modular racks. As for the mastering room, the Shadow Hills Mastering Compressor is my favourite. It’ll turn any piece of music that’s flat and without colour into an incredibly warm, rich and musical result.

MT: How much time do you spend in your studio?

As much as I can between my shows, sometimes every day, sometimes two times a week.

I record professionally, but I guess it is also still for fun. In the past 16 years, I’ve had the chance to move from Berlin to Switzerland, Chile and Spain and try out different studio and recording environments, but now, I’ve finally settled on this my main studio in Lausanne, Switzerland. I now also understand that I need to split the studio in two: one room for composing and the other room for mastering and correcting sound. 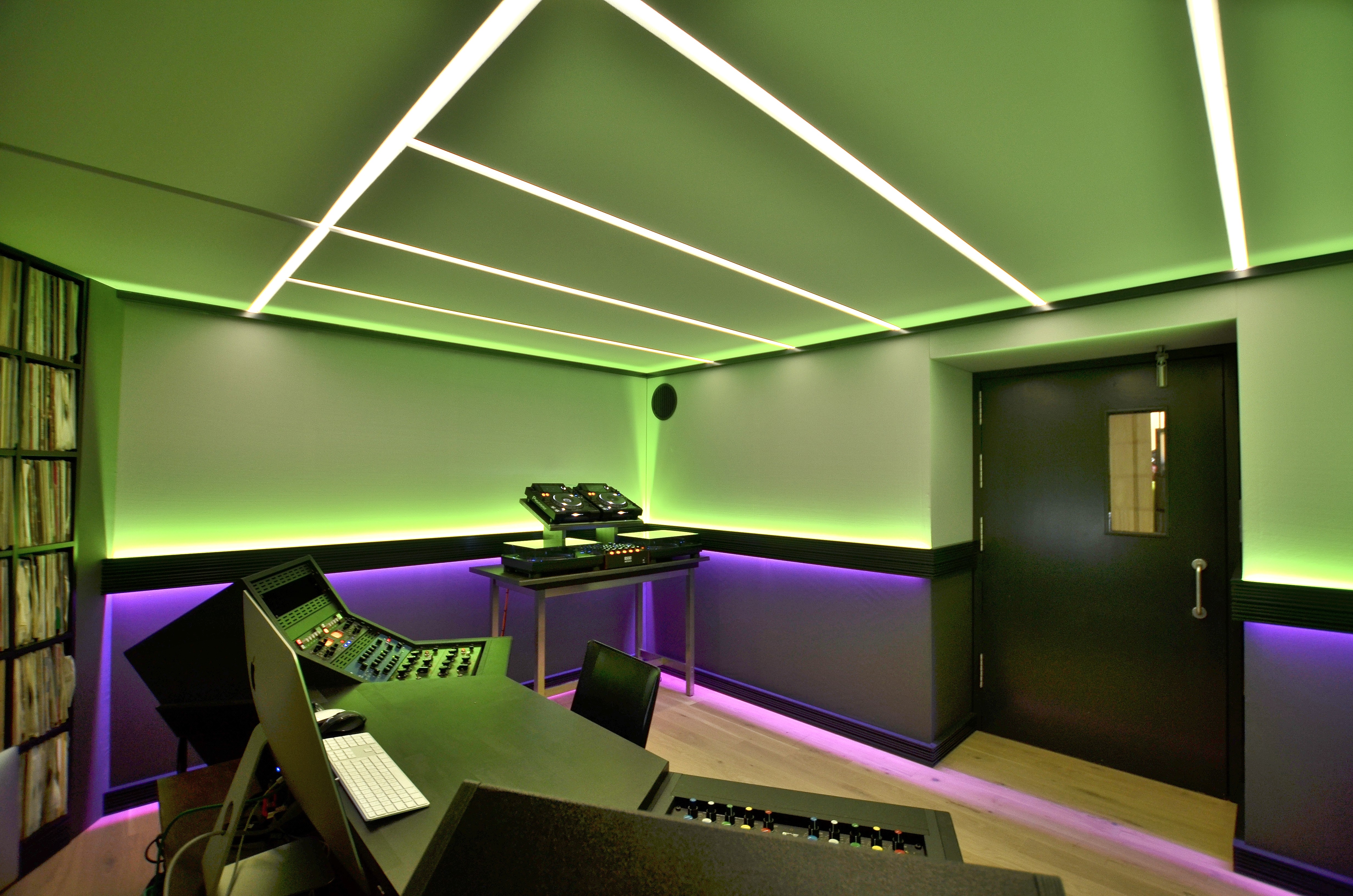 For now, I’ve spent most of the budget on the modular synths, but gear is gear and you never know.

MT: Anything annoy you about it?

It did in the past, but I have to say that I am super satisfied with the work that has been achieved in the studio thanks to Reflexion Arts and Joules Newell, who helped me out with the acoustics and the studio build itself.

MT: What is your dream gear, either real or imaginary?

A machine that can translate emotions or thoughts into notes or anything like that. We’re working on it…

MT: Do you have any advice for aspiring studio owners?

When building a studio, the very first thing to consider before dealing with instruments or gear is the acoustics. Make sure your room sounds great and then anything you add later will sound good in it. 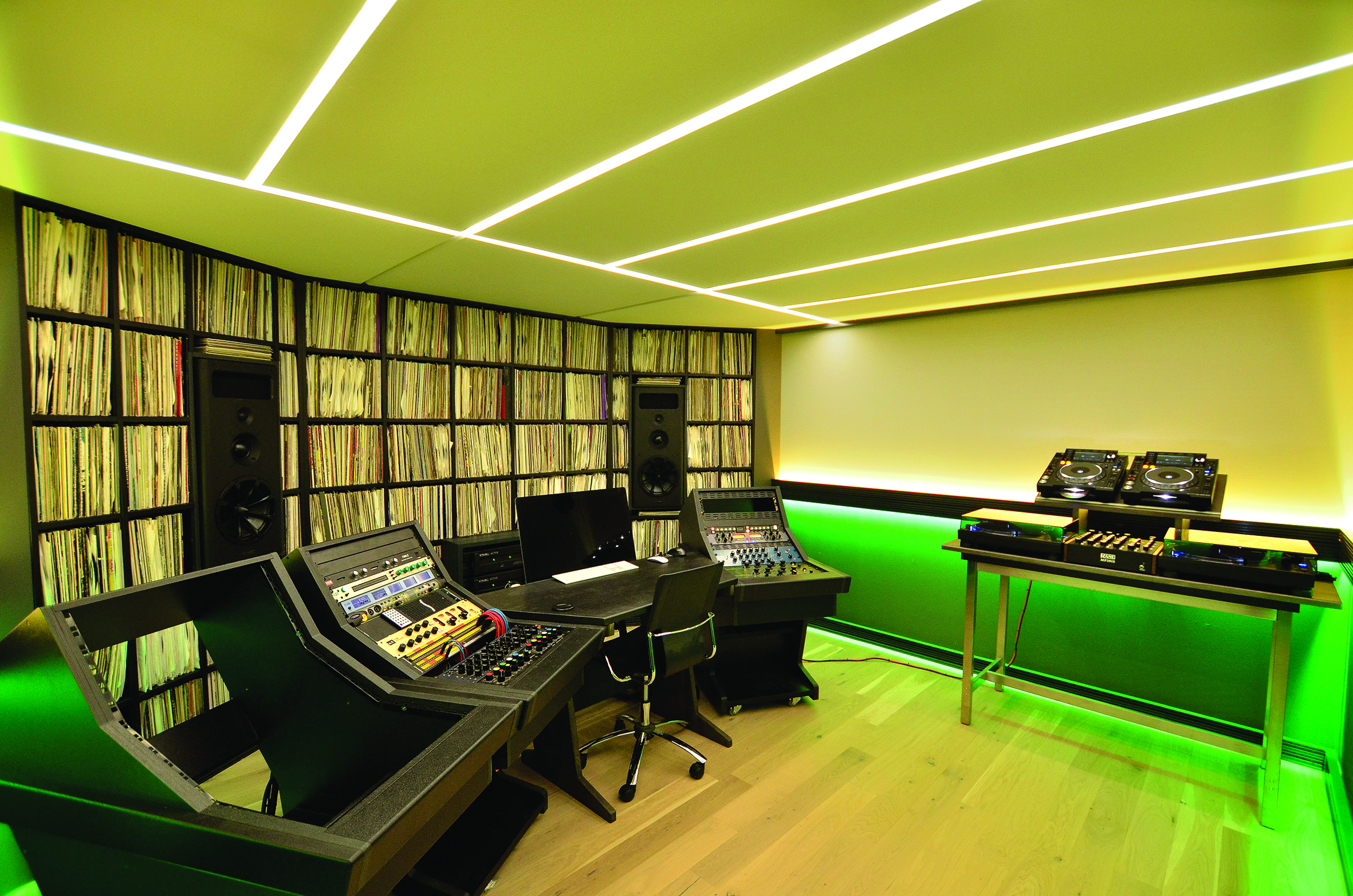 MT: Finally, do you have any crazy studio anecdotes?

A flood in Berlin, a sign from extraterrestrial encounters, love on the couch, endless after-hours activities, yoga lessons, a dog destroying keyboards and a wild pig at my door. Let me see, what else?