Grammy-nominated multi-instrumentalist Malik Venner invites us into his stripped-back studio to talk sax, jazz and collaboration in the leadup to his debut album Venology. 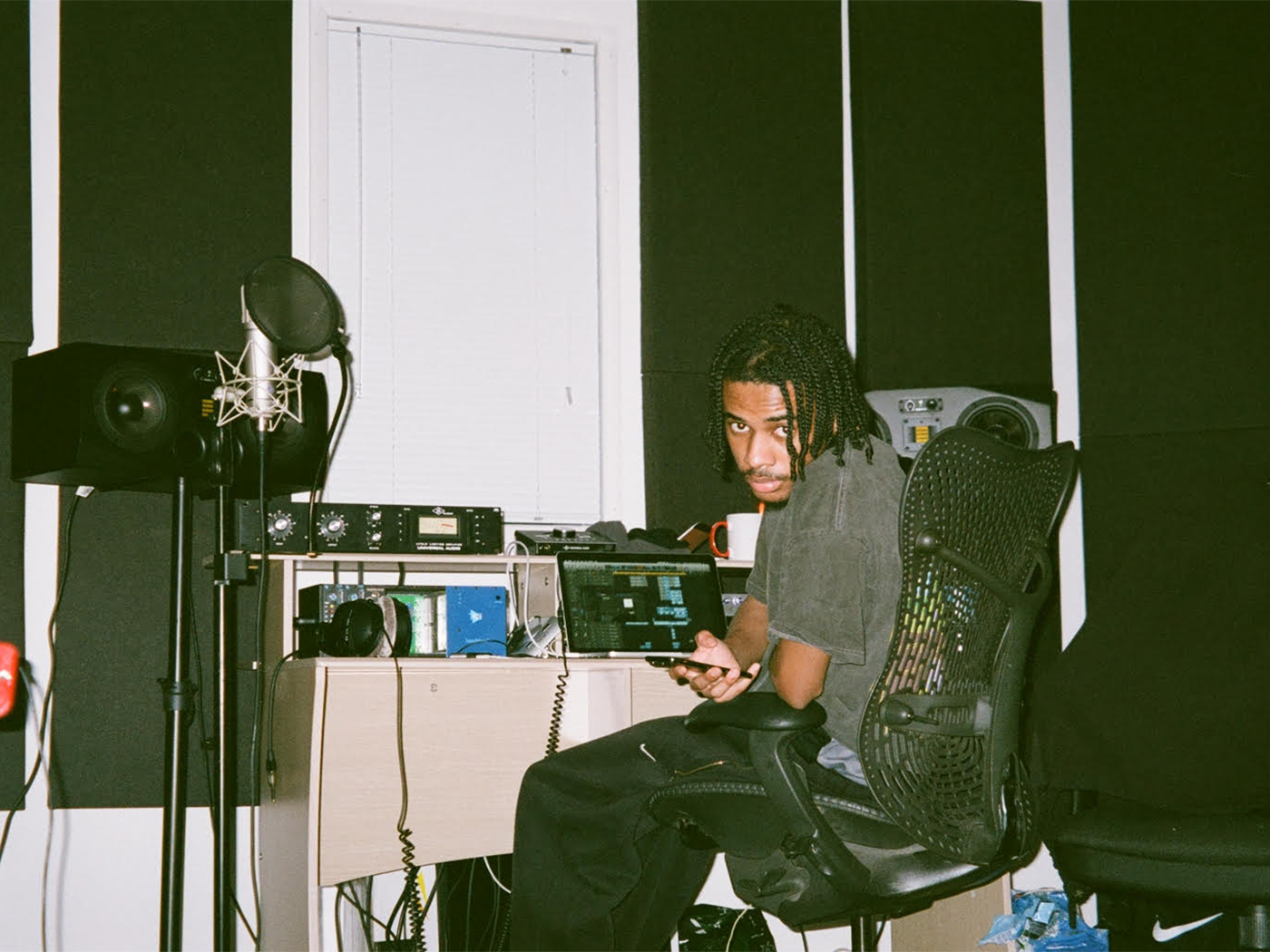 Venna is more than ready to release an album. With credits on music by Wizkid, Burna Boy, 6lack, J Hus, AJ Tracey, Greentea Peng and Snoh Aalegra, the Grammy-nominated saxophonist and producer has shifted his focus to Venology, his first solo project after several years engrossed in the Afrobeats scene. With two singles already out, Standard ft. Knucks and Avenue B, Venna manifests his skilful beat-making and flexes his sax muscles, making for some smooth, jazzy, chilled grooves.

As we get closer to the release of Venology on 3 September, Malik Venner invites us into his London studio to talk about collaboration, how his musical understanding of jazz informs his production process, and why, as a musician or producer, you should always invest in yourself.

Hey Venna. You’ve worked on some pretty big projects with some huge artists. How have you found working on your own album?

A lot more passion went into my own project, as it’s my own creation. I spent much more time on it than I would with other projects I’ve worked on. In general, I don’t ever let the pressure get the best of me, whether I’m working on my own stuff or someone else’s. I just let the music come to me in whatever form it does.

You’ve made a name for yourself as a producer embedded in the UK scene. How did you get so involved with the scene and its artists?

I’d say I predominately made my name as a saxophonist rather than a producer. Being a saxophonist has given me a niche to work with, so it’s made it easier for me to manoeuvre through the industry. I started out literally just playing for artists and adding sax to records. Eventually, the artists and records I was playing for and with got bigger, and that gave me the opportunity to build up my name and produce for artists I want to work with, along with my own music. Afrobeats changed my life, and it’s a genre that I’ll always love and appreciate. 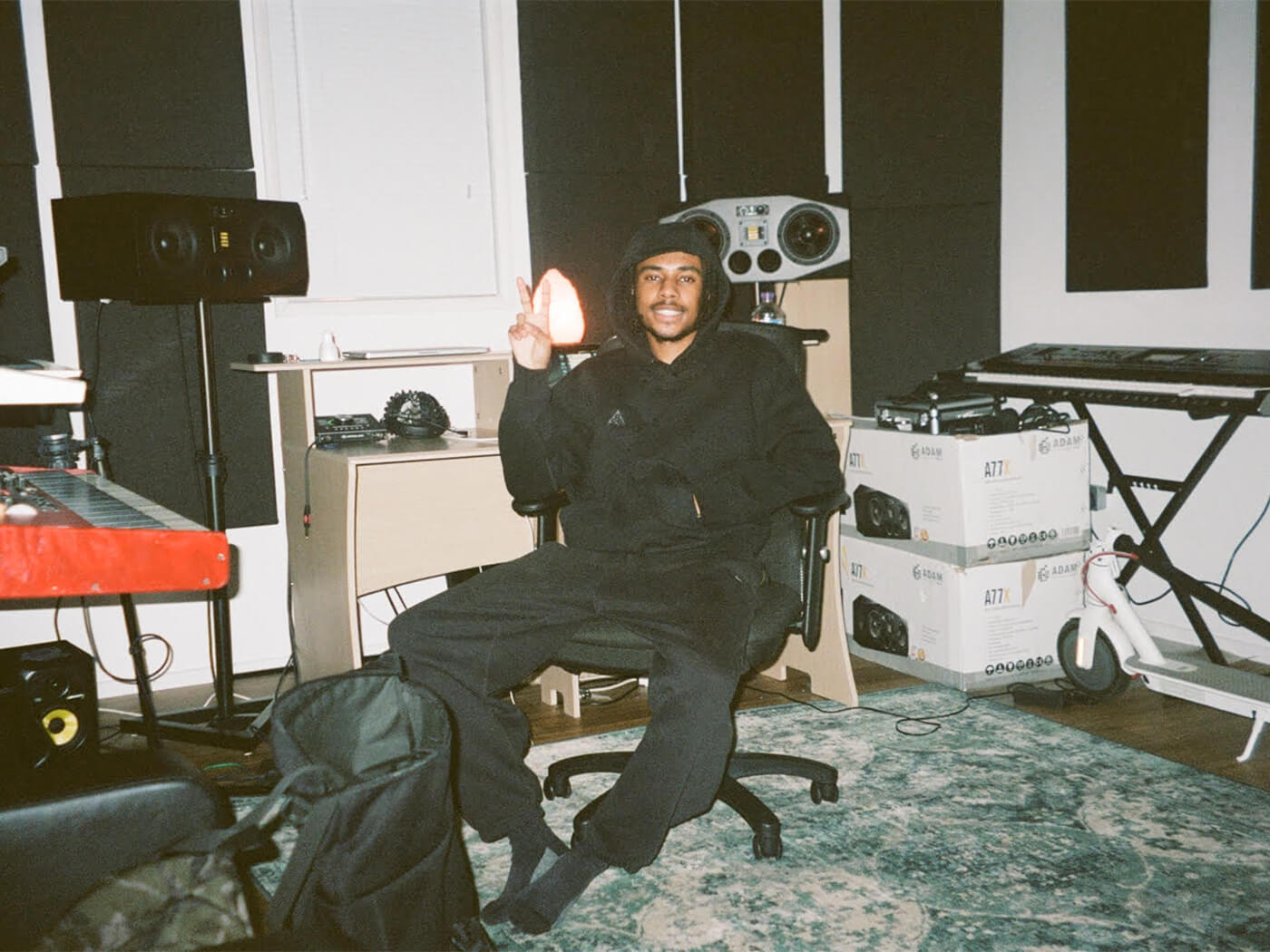 I’ve been running around different studios for a while now but recently moved into the space I’m in now about two months ago. I previously had a studio in Tottenham, but I needed something closer to home, so I moved. I’m still adjusting to the room, but this will be the spot I create the next project in.

I do everything at my studio. I create, record, arrange, finish and listen to music at whatever volume I want to. Having a studio is always great for that – you don’t have neighbours knocking on your door complaining about the noise. I rent out the studio from time to time but, usually, I’ll be there. 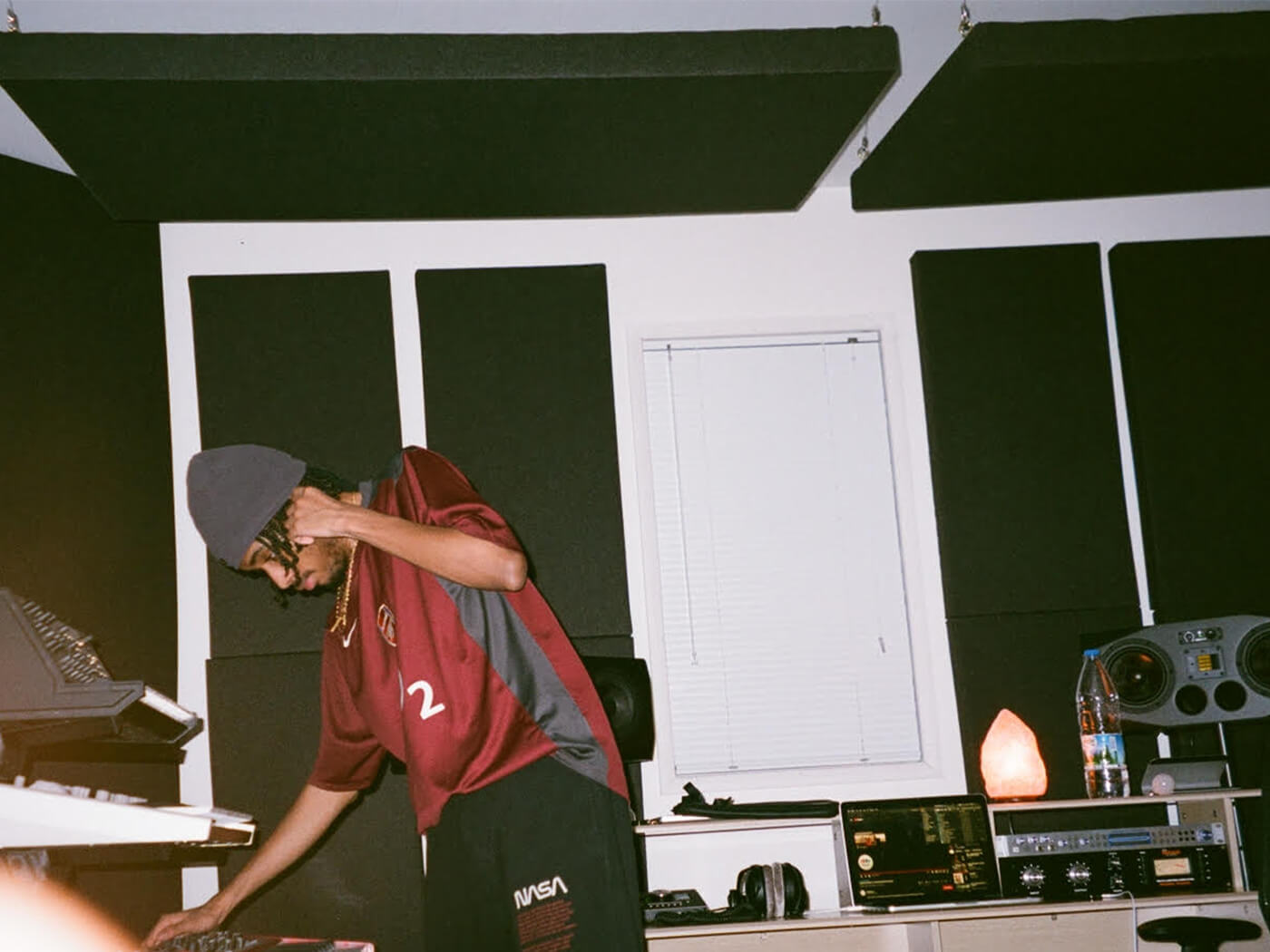 I try to have a very relaxed and comfortable environment for whatever studio I go to. That’s when the best music is created and that’s when you have the most fun. 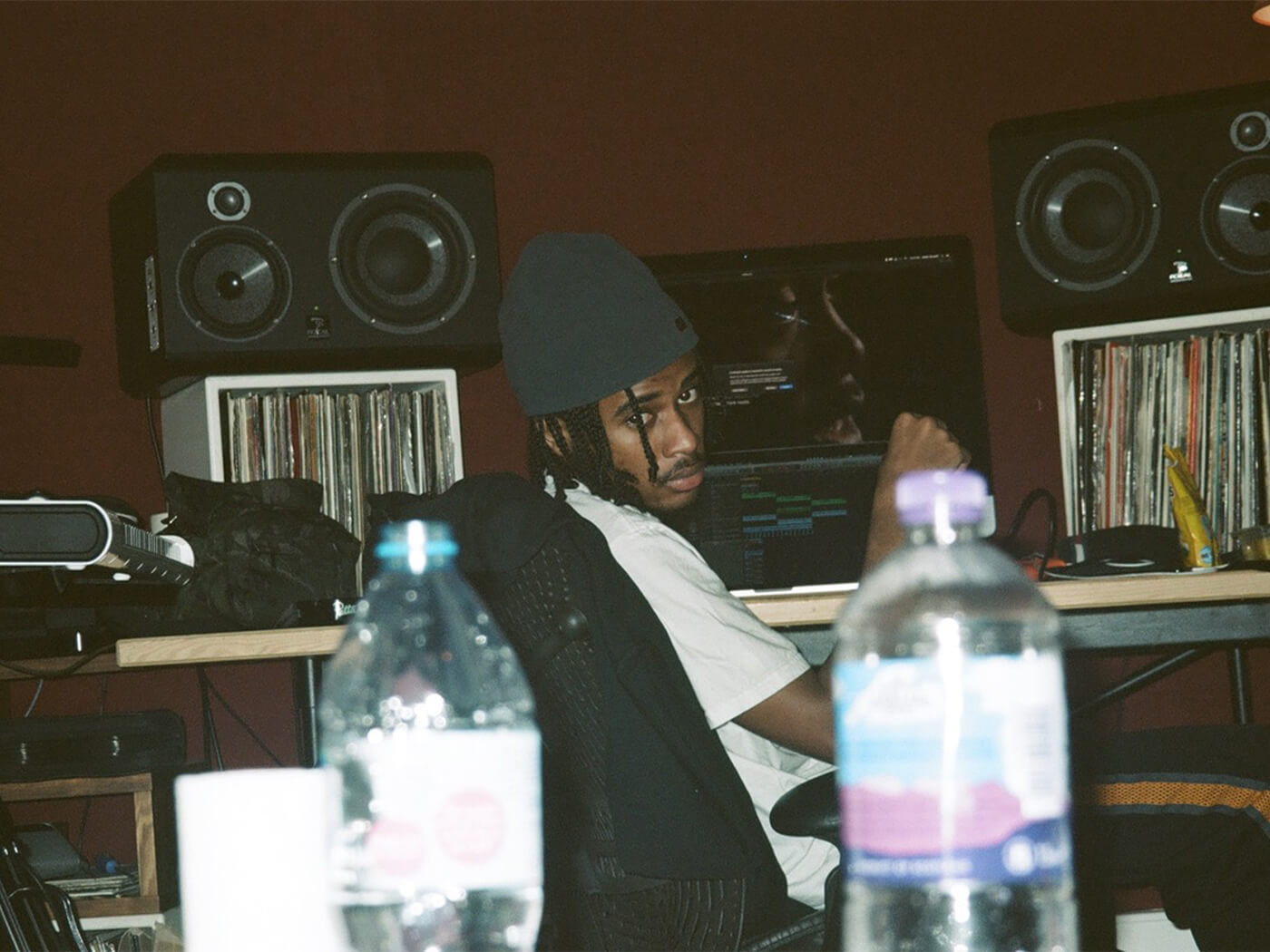 I use FL Studio to make my drums, and then I bounce out the stems and put them into Logic Pro X where I record, structure and piece the track together. I started with Logic Pro, so I’m that’s the DAW I’m strongest in.

My Yanagisawa alto saxophone is my favourite piece of gear, as it’s a piece of equipment I can freely express myself through. Sax is a spiritual instrument that lets me reach frequencies that I wouldn’t be able to tap into without it. 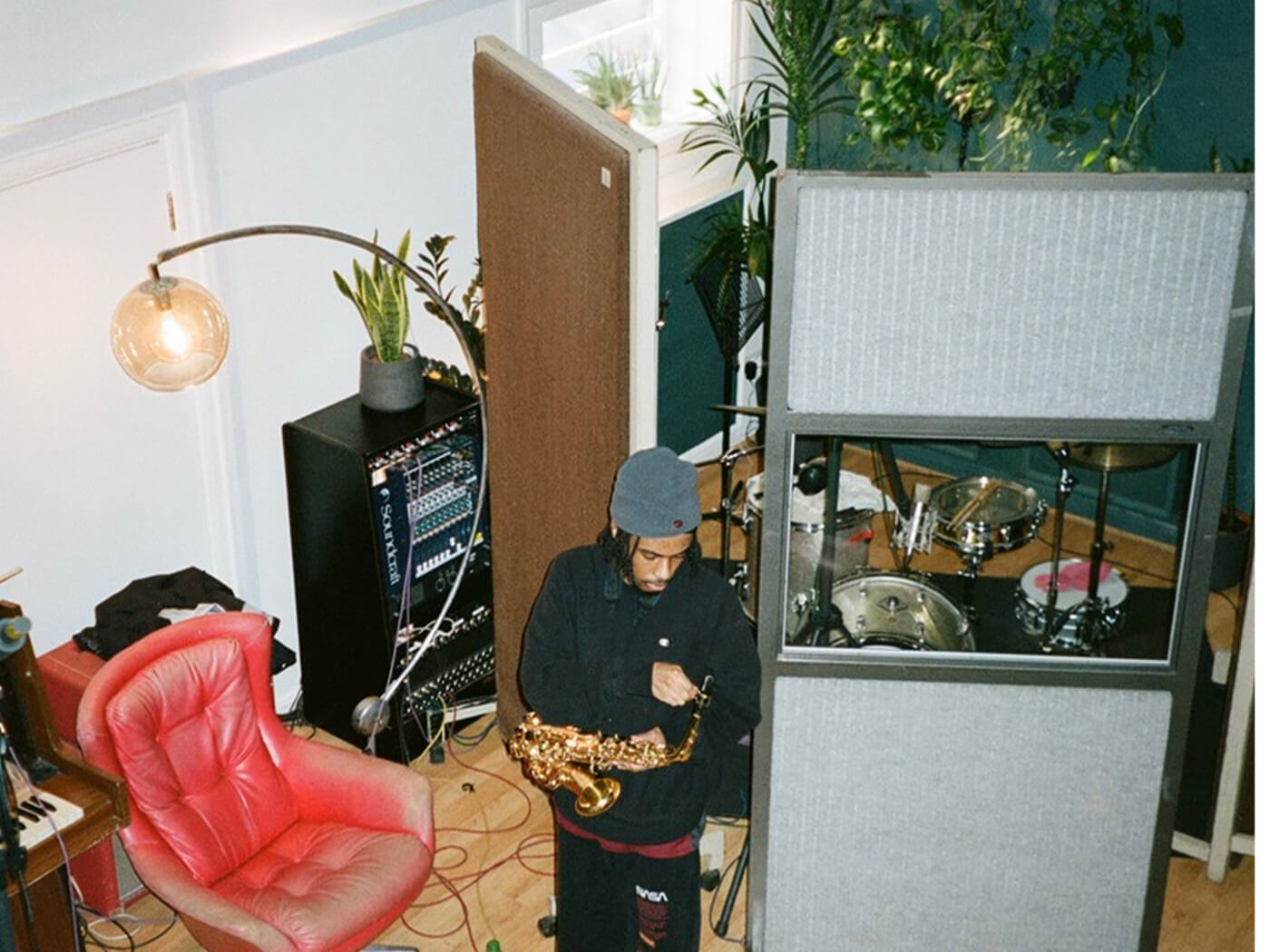 What synth, instrument or effect can be heard the most on Venology?

Nord Stage 3 is the keyboard that’s been used on every record throughout the project. I love the Stage 3; all the patches sound great, whether it’s the grand piano, Rhodes, bass or even the Mellotron flute sound. They sound professional and fit whatever music I’m trying to make.

How has your practice in piano and saxophone informed your production choices? They must bring that touch of jazz into your tracks?

My whole musical understanding is based on jazz. So when I’m creating music, there has to be a certain level of musicality that touches me. Jazz is a genre that allows you to express yourself and that’s why I love it so much. Jazz is a language that not many can speak, so when I’m creating, I’m trying to give some sort of learning material for people who are seeking to learn about the genre. 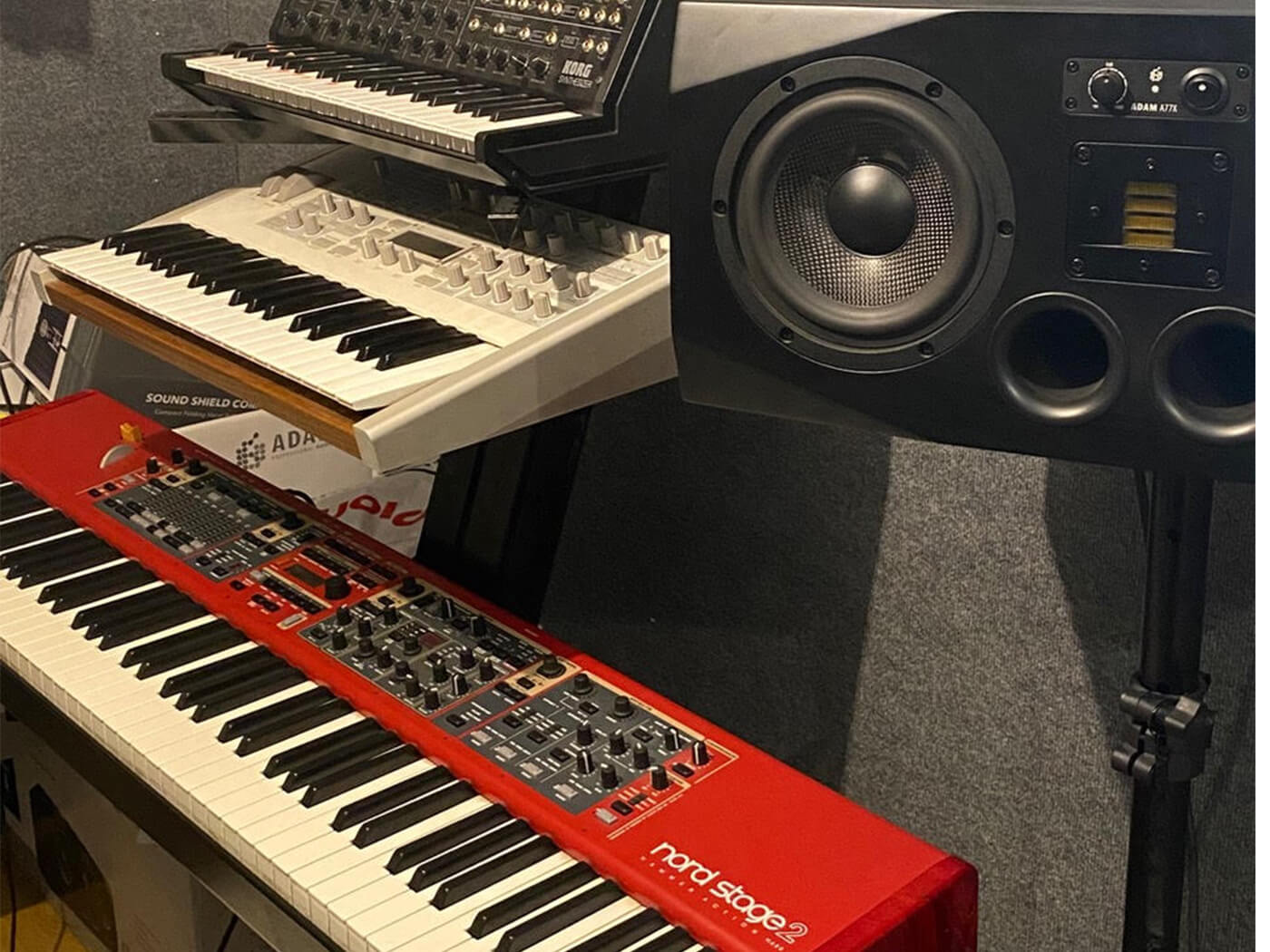 I’d say either the sax or the Nord are the biggest investments in the studio (other than the take-aways). The sax and the Nord are crucial to how I make music, so they’re definitely worth it.

I want to get some synths. A Sequential Prophet or Moog. One of those two is a must in the near future. They just have that warm analogue feel.

I haven’t got a dream piece of gear, but I want a lot of saxophones – altos, tenors, sopranos – and a lot of synths. I just want to build my way to all the stuff I’ve always wanted. 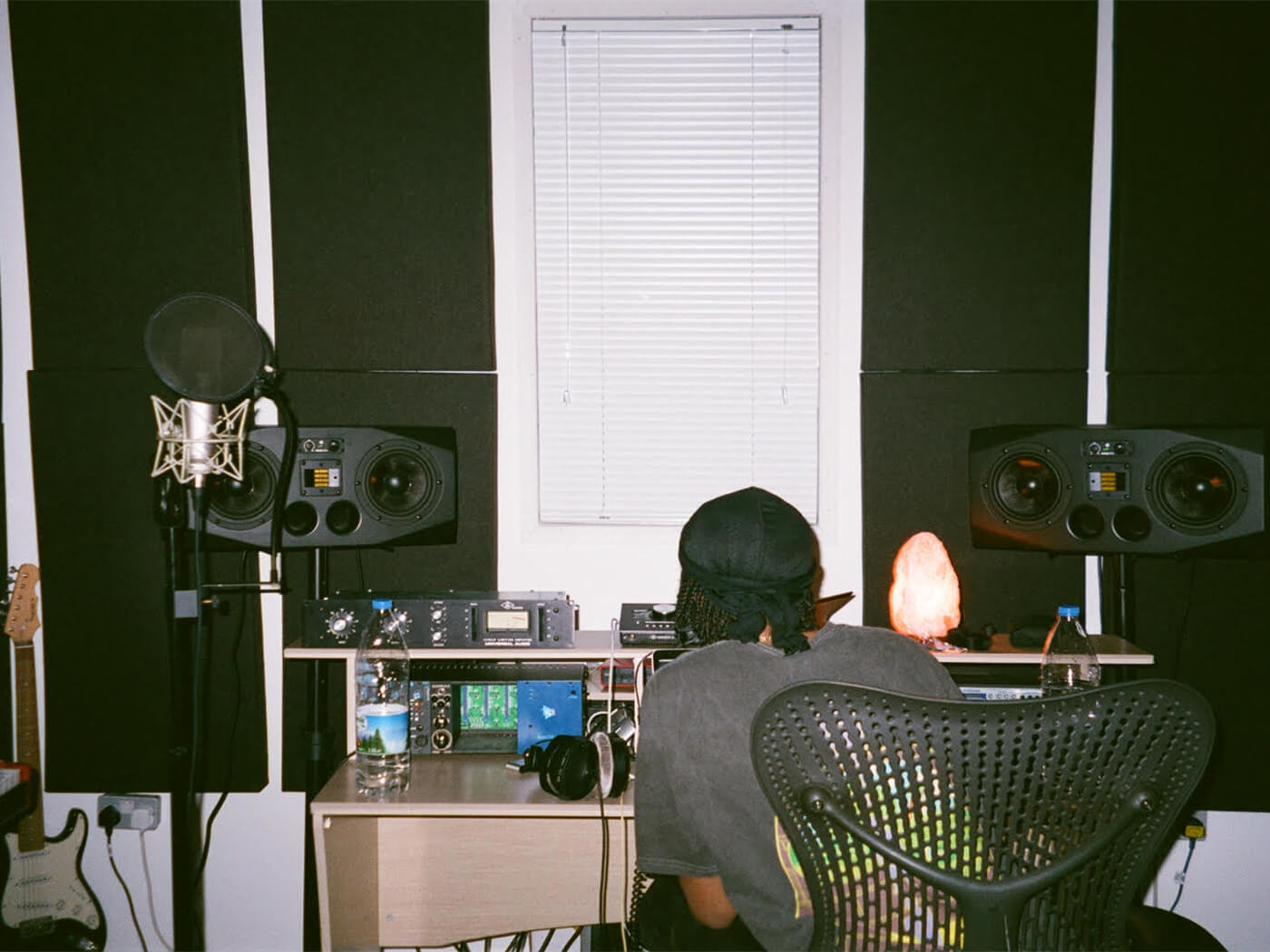 I would definitely take my Sax with me. I can get a lot of shedding and practice done out there for sure!

Make music that you enjoy and that moves you. Of course, there will be times where you might not be making music that you like, but try to find the beauty in making it.

Buy all the essentials first and build your way as time goes on. If you get paid a nice cheque, invest in yourself and the equipment because the music will carry on looking after you as long as you use what the music pays you. Invest in yourself.