Show Off Your Studio: They Hate Change’s sampler-based beat-making bedroom

The Floridian duo invite us into their space on the back of their new EP, 666 Central Ave. 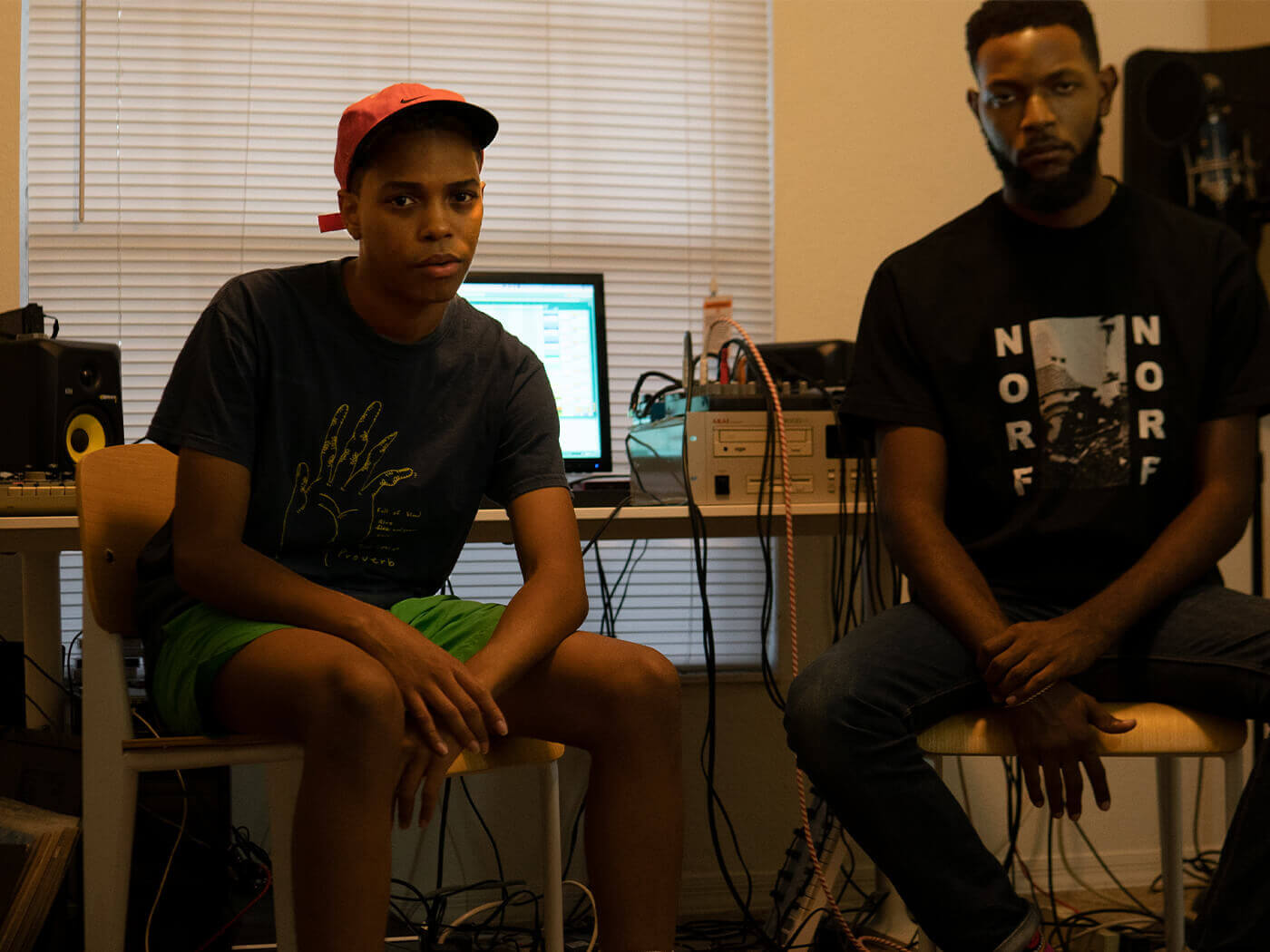 We’re located in Tampa Bay, Florida, South Pinellas County. There was no real plan behind the studio, we’ve basically just been piecemealing our entire set up little by little for like, 10 years or something. It’s a home studio, so things change pretty much every time one of us moves. We’ve been in this particular version of the studio for two years now and it’ll most likely change again soon. 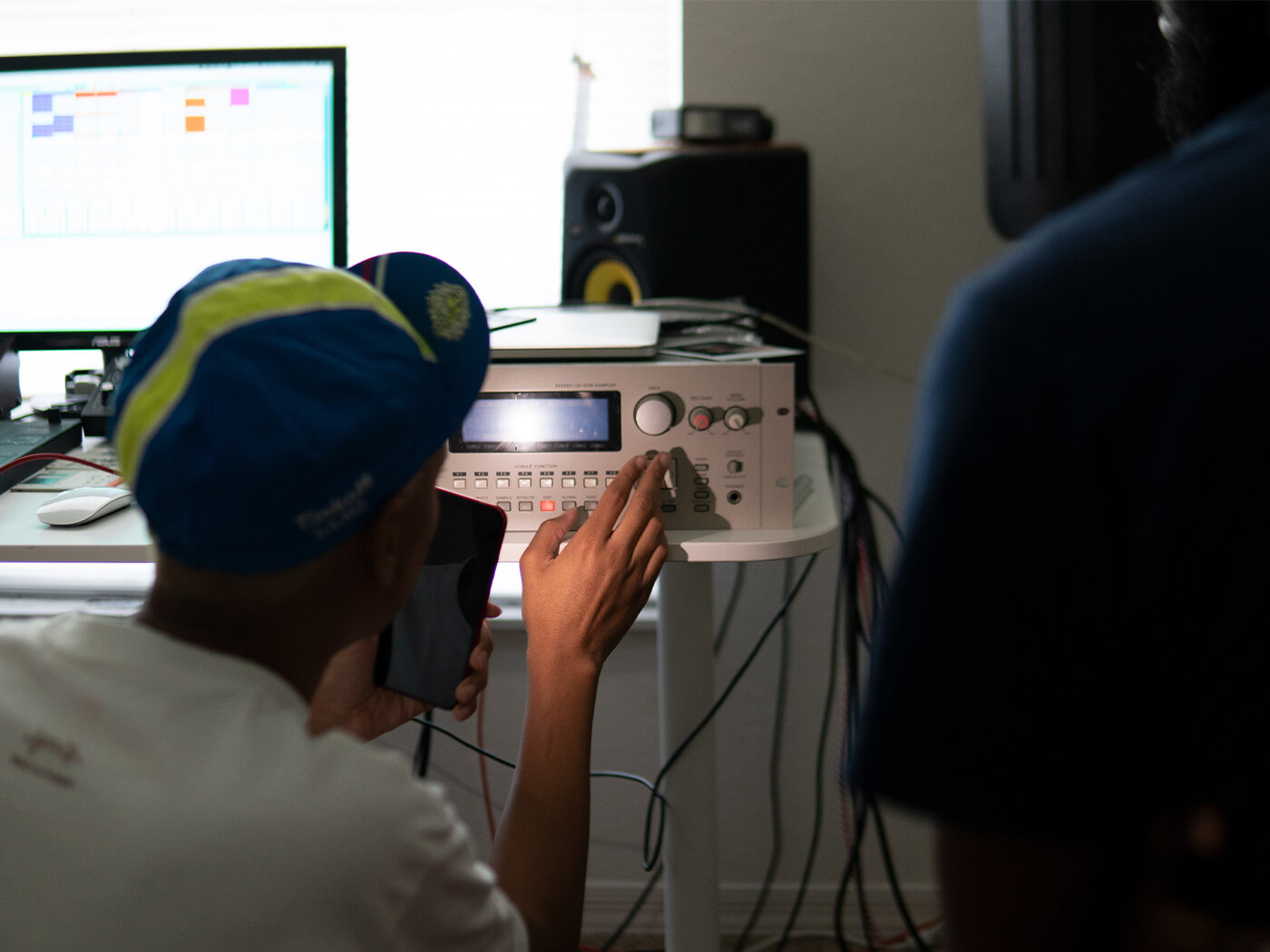 Everything we do is done in here – production, recording, everything. We jokingly call ourselves the ‘Bedroom Rap Allstars’.

We’ve been using Ableton Live for a long time, but started off in FL Studio like a lot of other people. We moved onto Reason from there, and once we figured out Ableton, we realized it combined the things we liked best about FL and Reason, plus it was perfect for our live show execution. Max For Live is also a big draw for us, making instruments and effects and stuff in there, to bring our sound to a different sort of place than we would have in other DAWS. 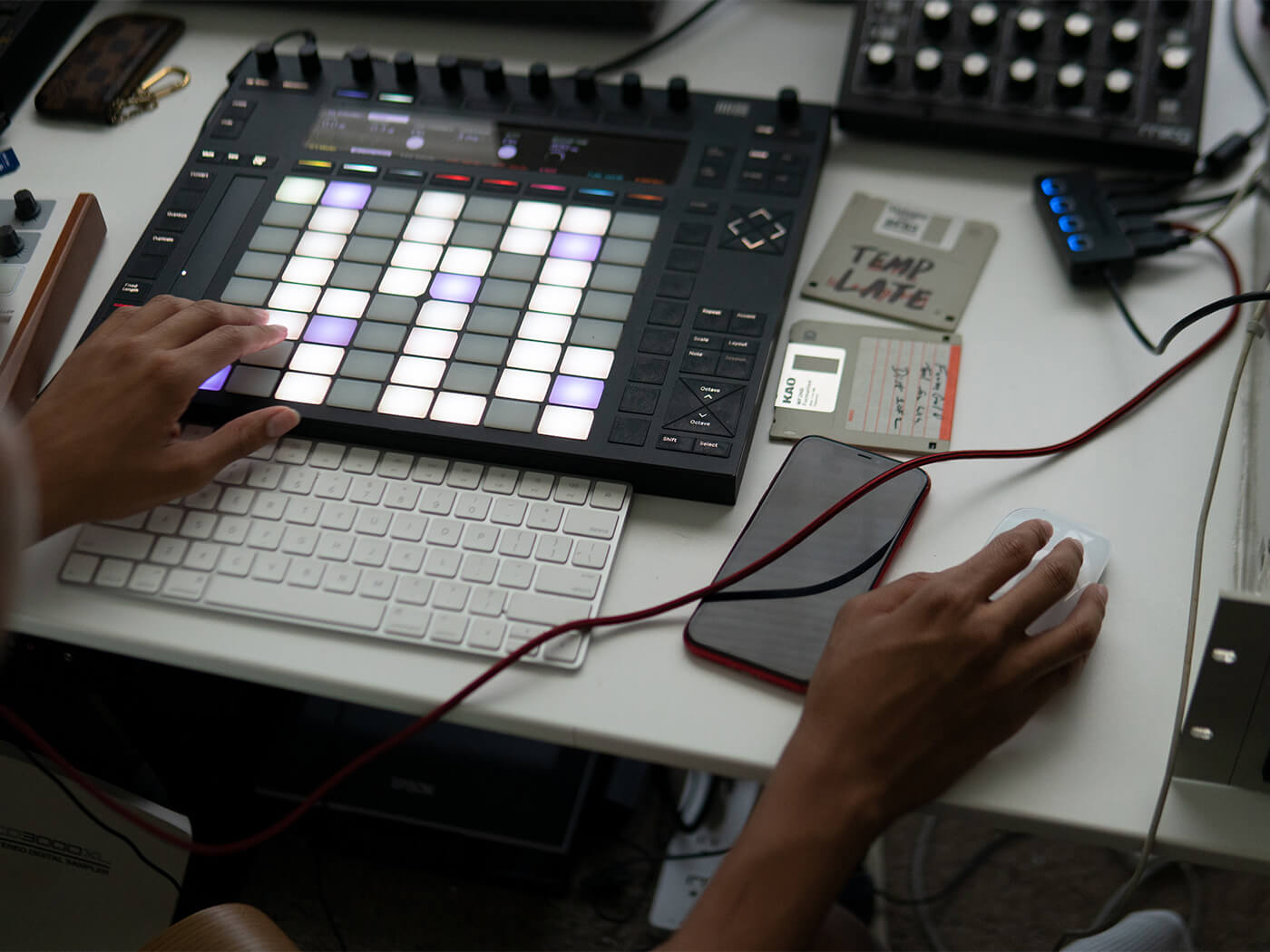 The biggest investment is probably between our Fender Rhodes and the Ableton Push, but I think the Push edges it out by like $50 or so (we got a really good deal on the Rhodes!).

Push was definitely worth it, we were probably using Live all wrong before we got it. It just put us in a completely different headspace and elevated how we operate in our live show as well. We could still operate without it if we had to, but we definitely wouldn’t want to at this point. 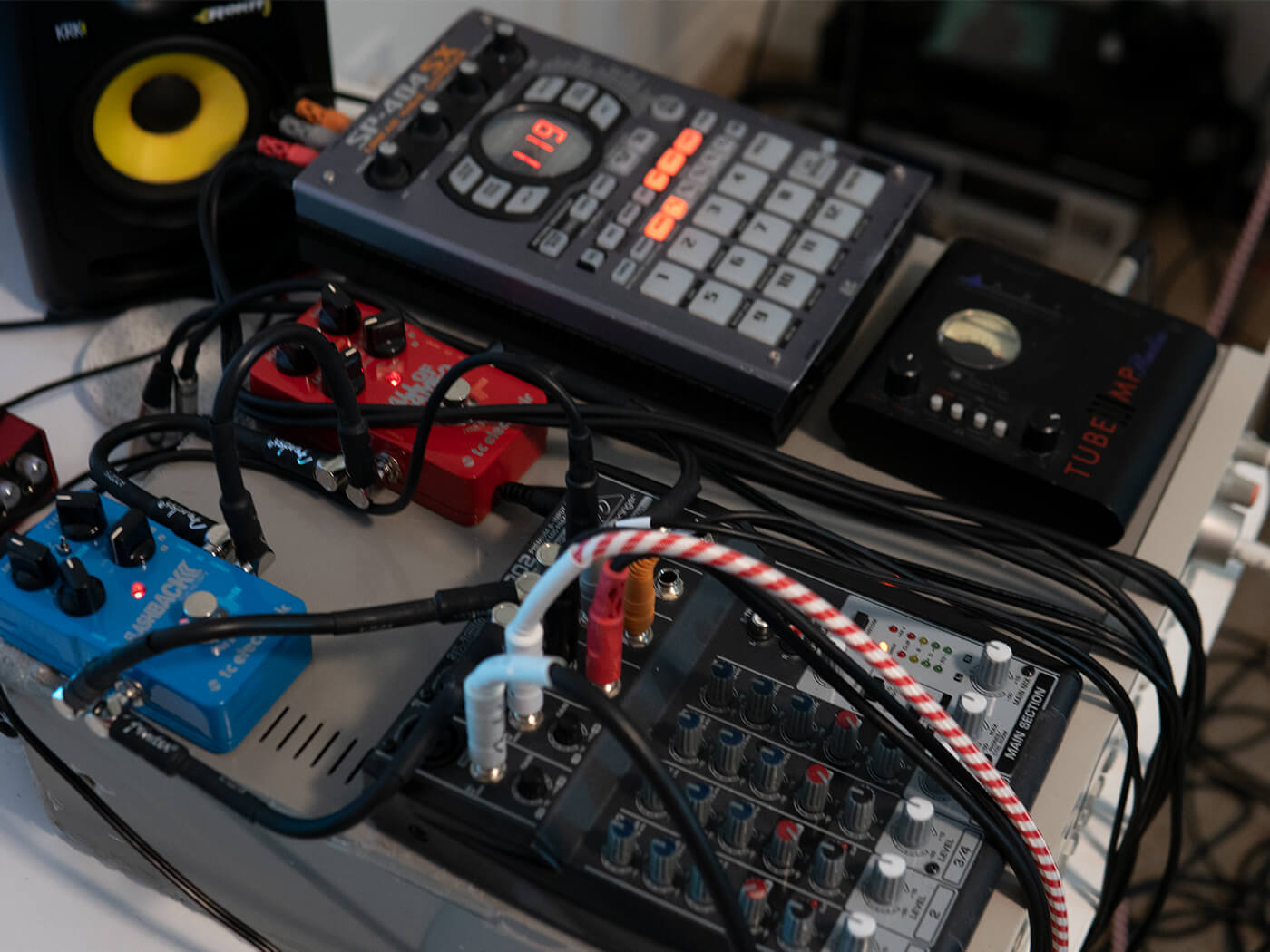 At this point, maybe our floppy disks – the samples and programs on there are super precious. Everything else can be replaced a little more easily. 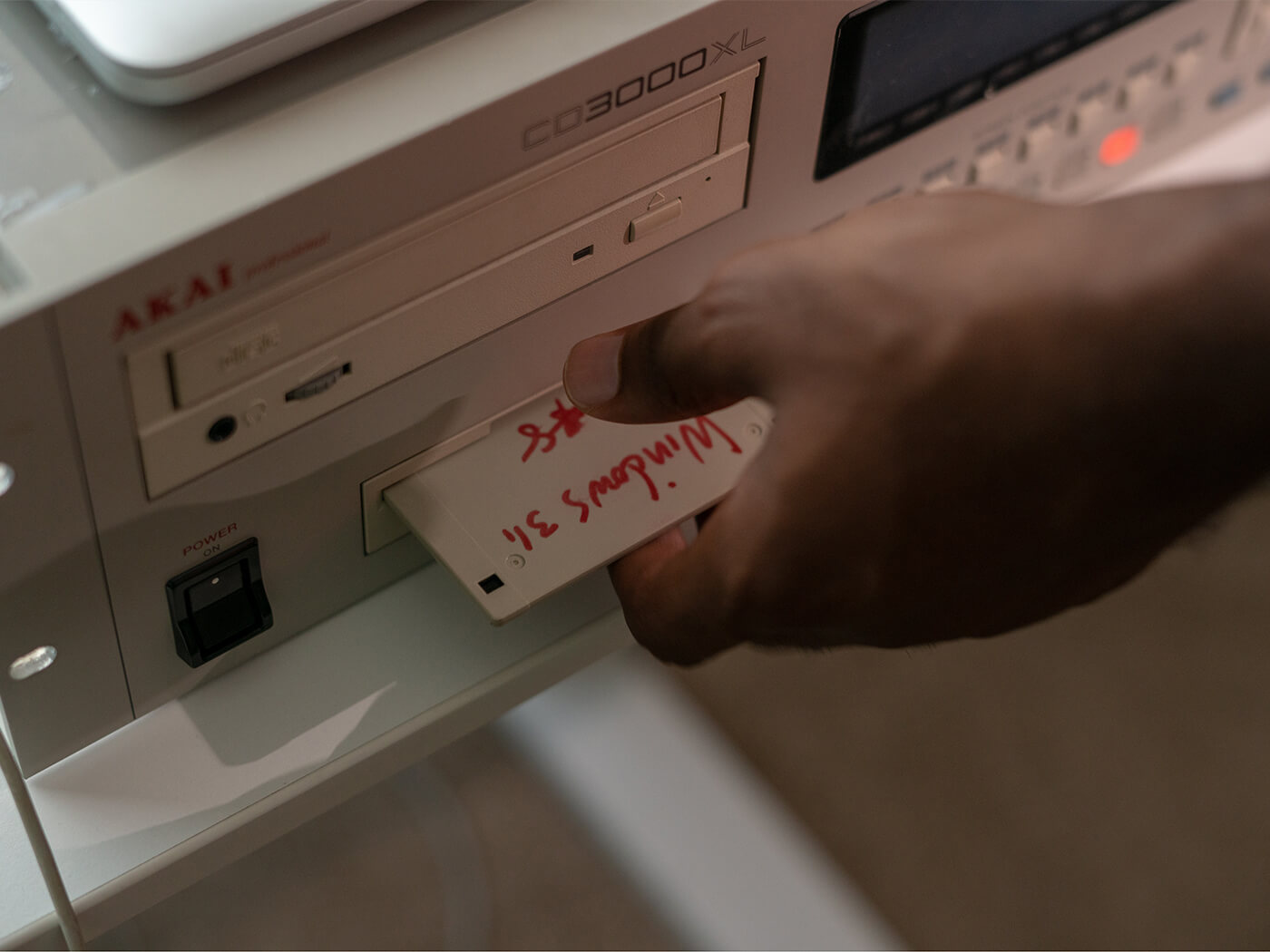 Which pieces of gear were essential on your latest release?

The Akai samplers were definitely the most essential. We would be sampling with them, catching an older vibe, more dirty, more ‘warm’, and also running some more ‘modern’ sounds through them, getting different feels out of certain drums and synths and things like that. Using the old samplers slowed down our workflow quite a bit at first, but that probably also helped us focus on a lot more than we would have otherwise. We tend to move through things really quickly normally.

Since it’s in the crib, it’s just comfortable being in there. It’s not like the big spaceship-looking studios, with 10 people around making noise and distracting you. It’s just us in here. We have all the space and time we need to learn and grow in our sound and expand our palette. 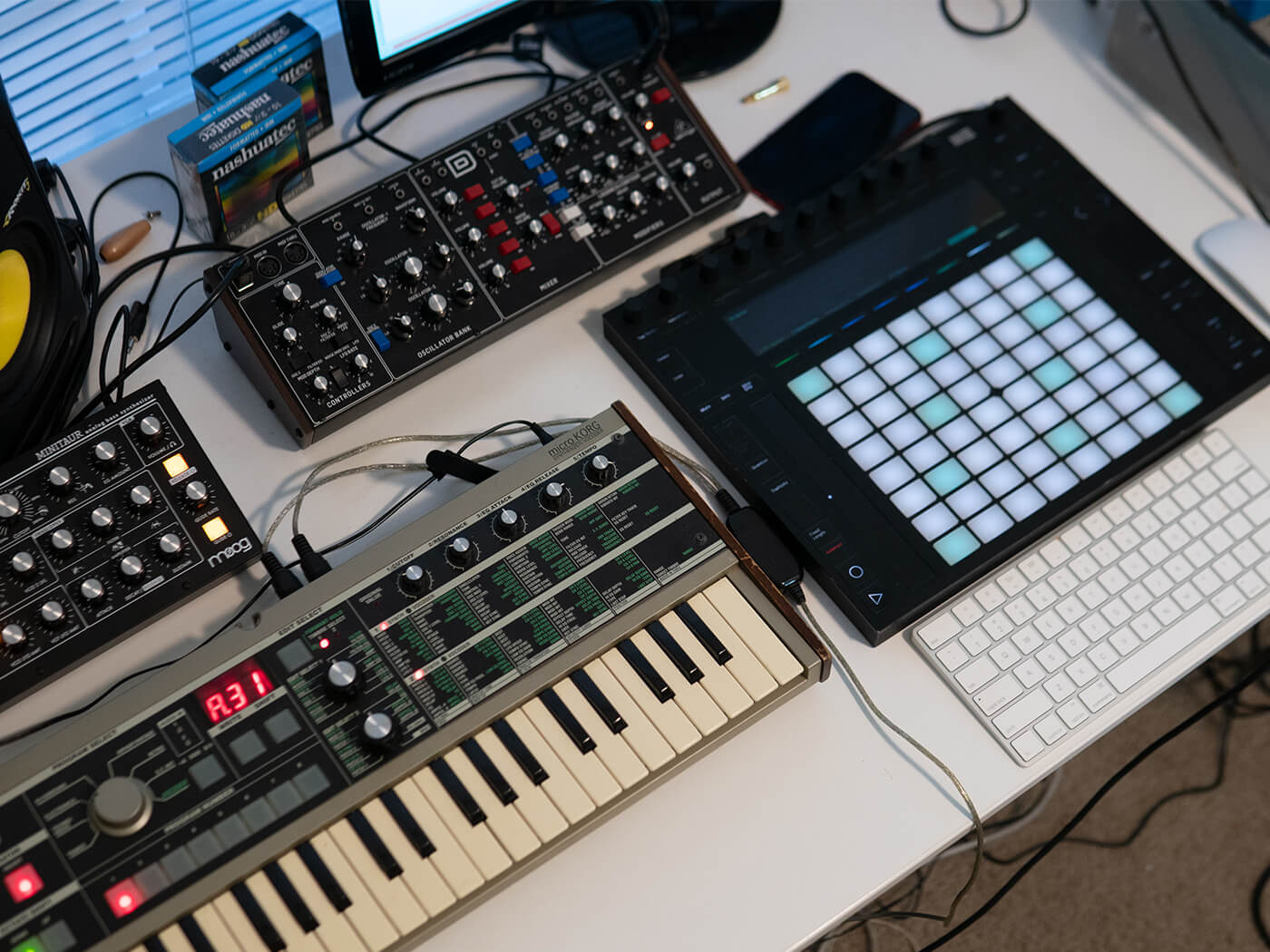 We think we’ve always set up our studio the wrong way. We’ve read that you’re supposed to set up on the long end of the room for the good acoustics but we’ve never done that, which might be bad. When we first got in here, the bass response was really bad, like, no bass at all. We were making tracks in headphones for eight months, then we got some bass traps in the corners and it made everything better. Other than that, no other treatment.

We think the room should just sound like the room, for the most part anyway. When we record there’s a cool bit of reverb that we don’t wanna kill by trying to control it and leaving things natural, that’s what gives your space character and sets it apart from everyone else’s stuff. If everyone is following the same ‘rules’ of acoustics, everyone’s music will sound exactly the same, or everyone will be trying really hard to set themselves apart in post-production. We’d rather not waste the time, and just focus on making more tracks. 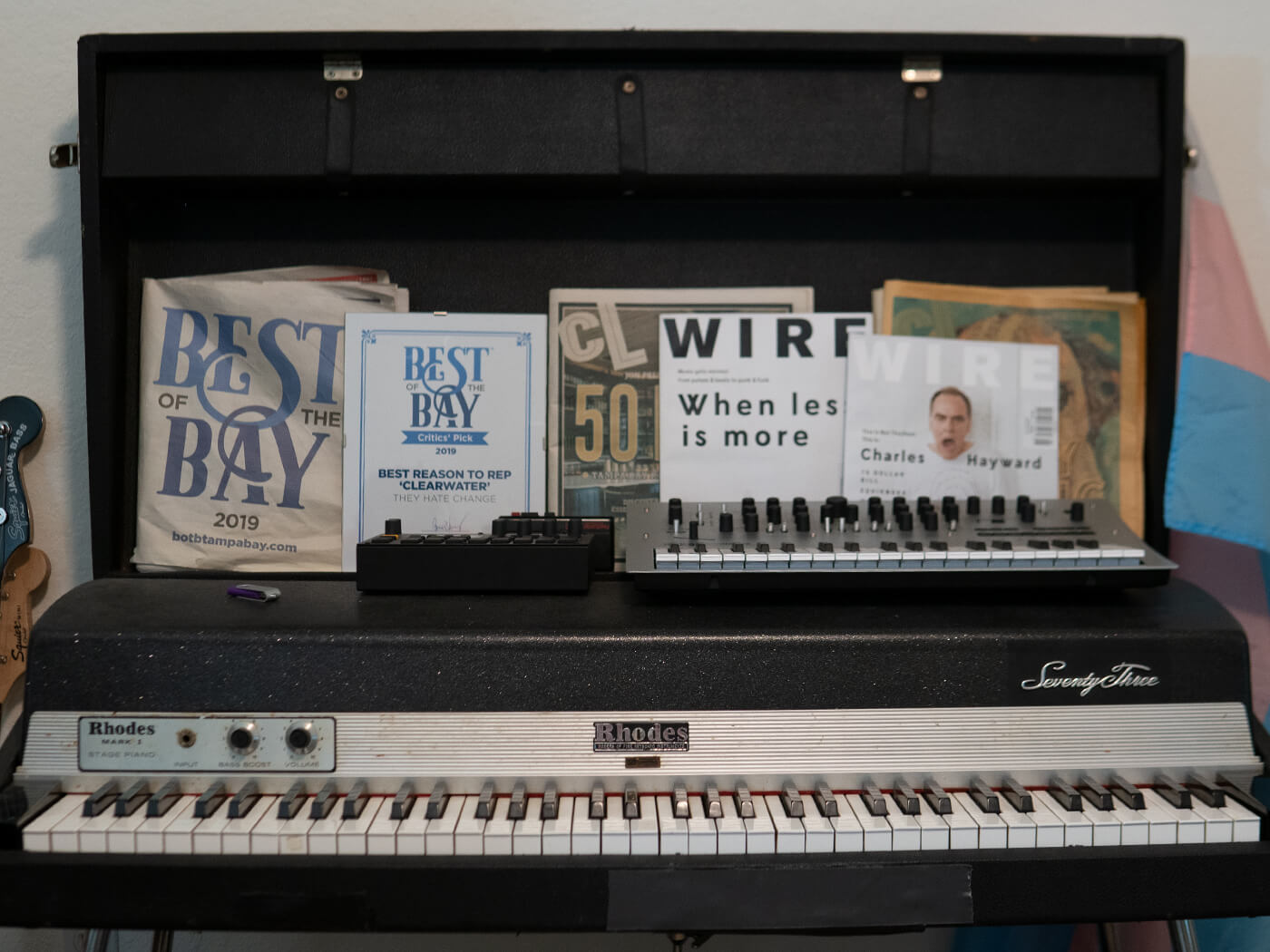 It’s all good and useful. We could probably never choose one piece since it was all hard-earned bread spent, but the Akai samplers are the newest additions, so maybe they’re the favourite right now, as we’re still trying to figure out every little thing about them. Also getting the Rhodes was definitely an accomplishment for us, that’s one of the pieces we knew we wanted before we had any gear at all.

I think we’re done buying gear for a minute, nothing in particular that we’re pining for at the moment. We can get our ideas across pretty well right now with what we have. 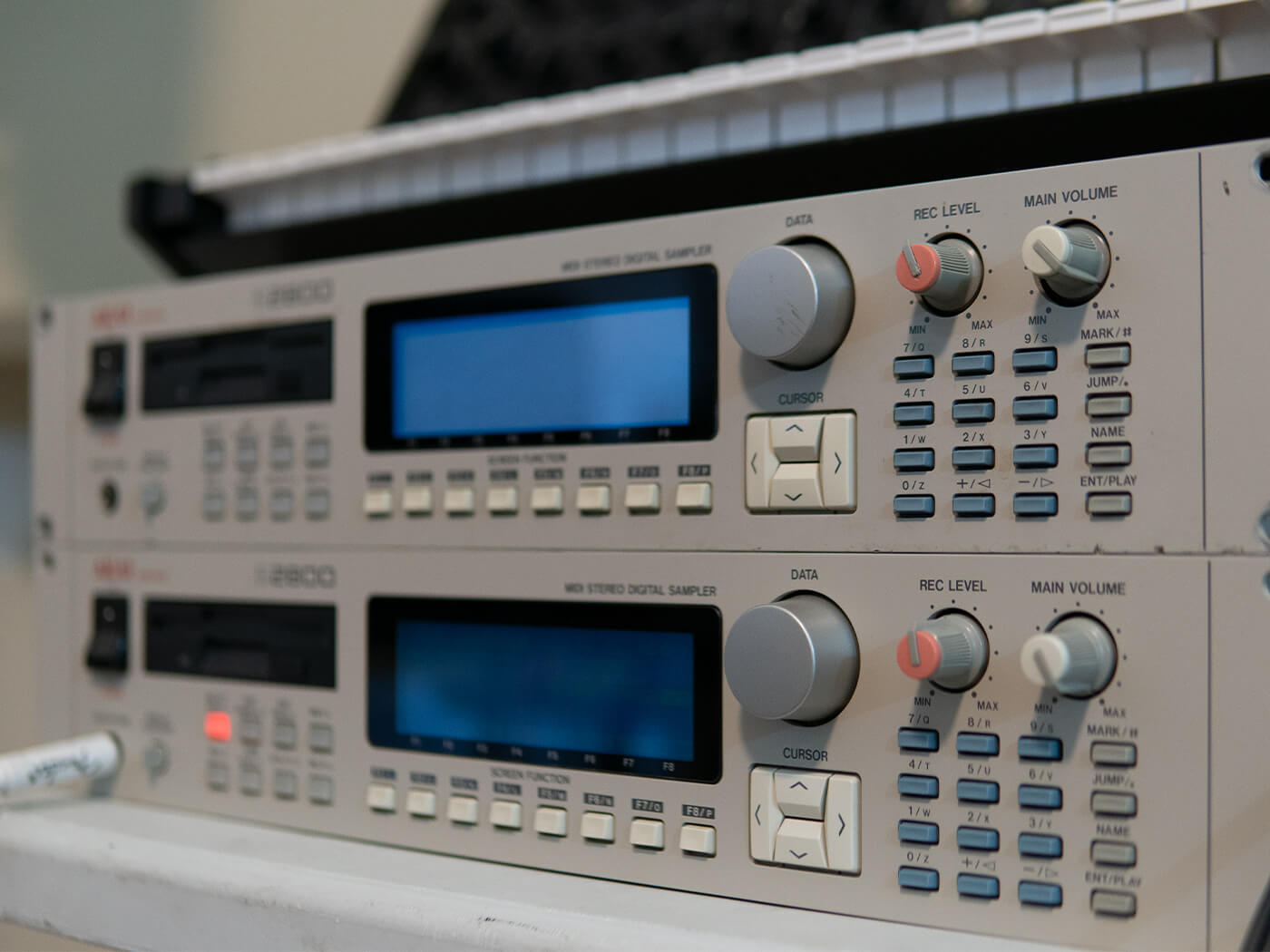 Not really, everything is great! Maybe we could have more room, but we might just fill it with some unnecessary stuff if we did have the space, like a big modular wall or something.

I think our dream gear thoughts happen in small moments, rather than a long aspirational thing. We’ll learn about a piece, and dream about having it for a while, then just get it when we can afford it, or it’ll just fade away when we realise it won’t give us superpowers. We’re not really thinking about any particular piece of gear right now. It could be cool to have an MPC though. 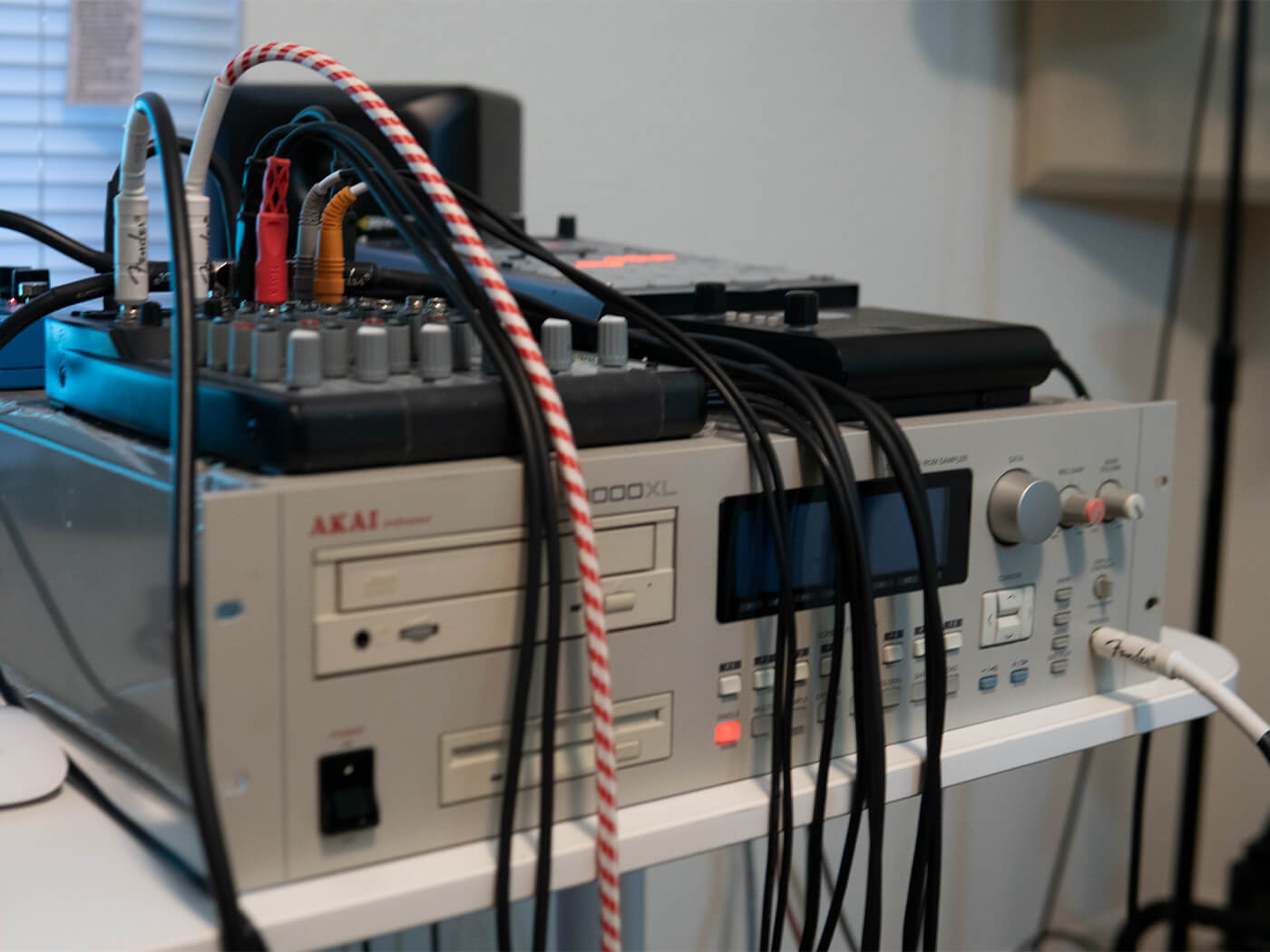 Move slowly. Just take your time and learn what you have, your creative space doesn’t have to be decked out and shiny, just make sure it works for you.