Show Off Your Studio: Moon Boots on creativity and production instincts in his Brooklyn workspace

Following the release of his track Come To Me, Peter Dougherty explains how he starts and finishes ideas, his remixing process and the gear he loves. 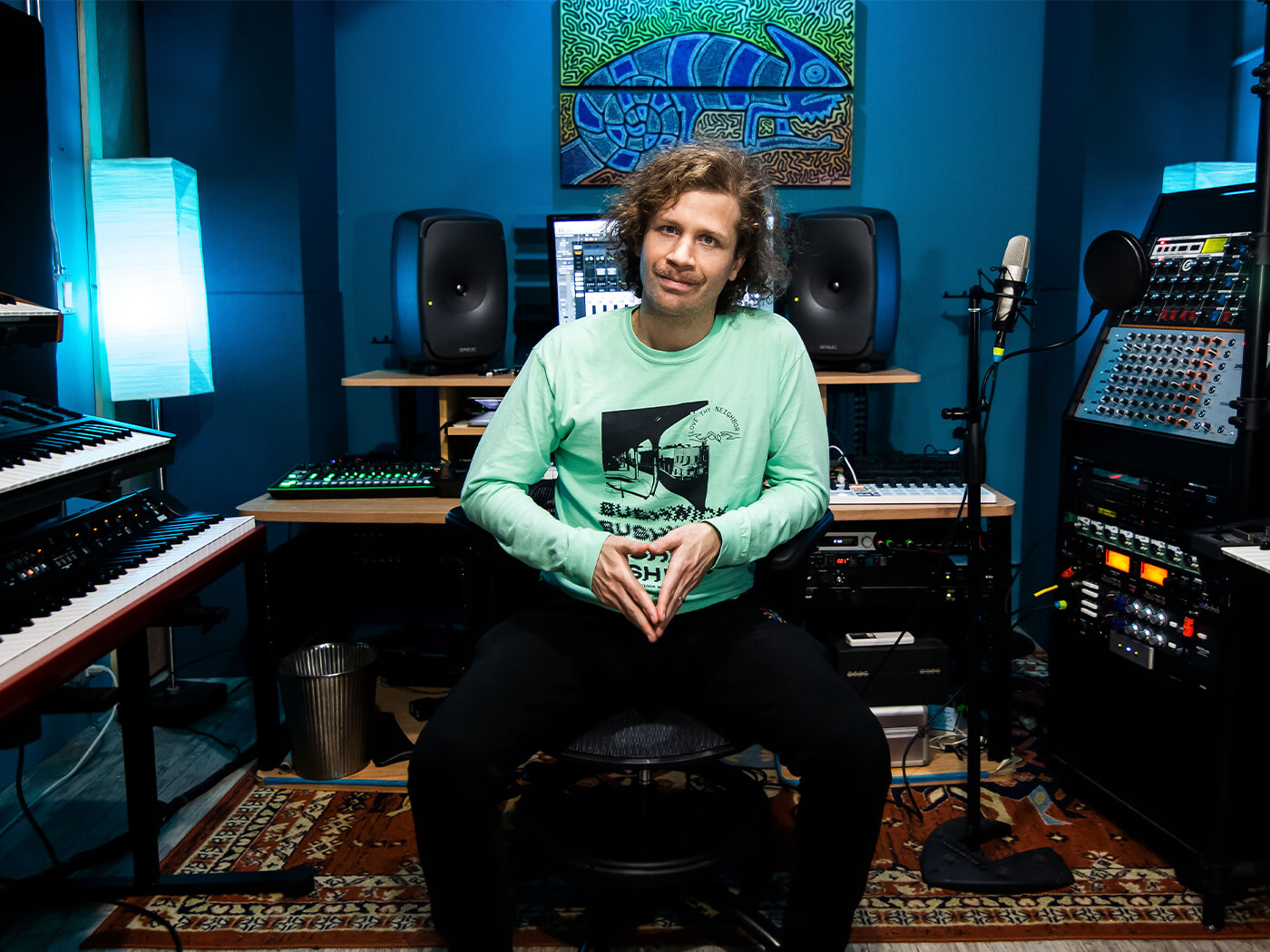 One of Moon Boots’ early experiences with electronic music was when he had his mind blown by a Yamaha DX-7 in high school. Since then, he’s released two albums on the renowned Anjunadeep label, remixed the likes of Dua Lipa, CHVRCHES, Elohim, Robin, Rhye and Local Natives, and has racked up tens of millions of streams.

The New York-based producer recently dropped his single Come To Me and invited us into his studio to tell us about his creative process. We learn why his Roland Juno 106 was a no-brainer purchase, how he starts and finishes ideas, and which synth ABBA has got him dreaming of. 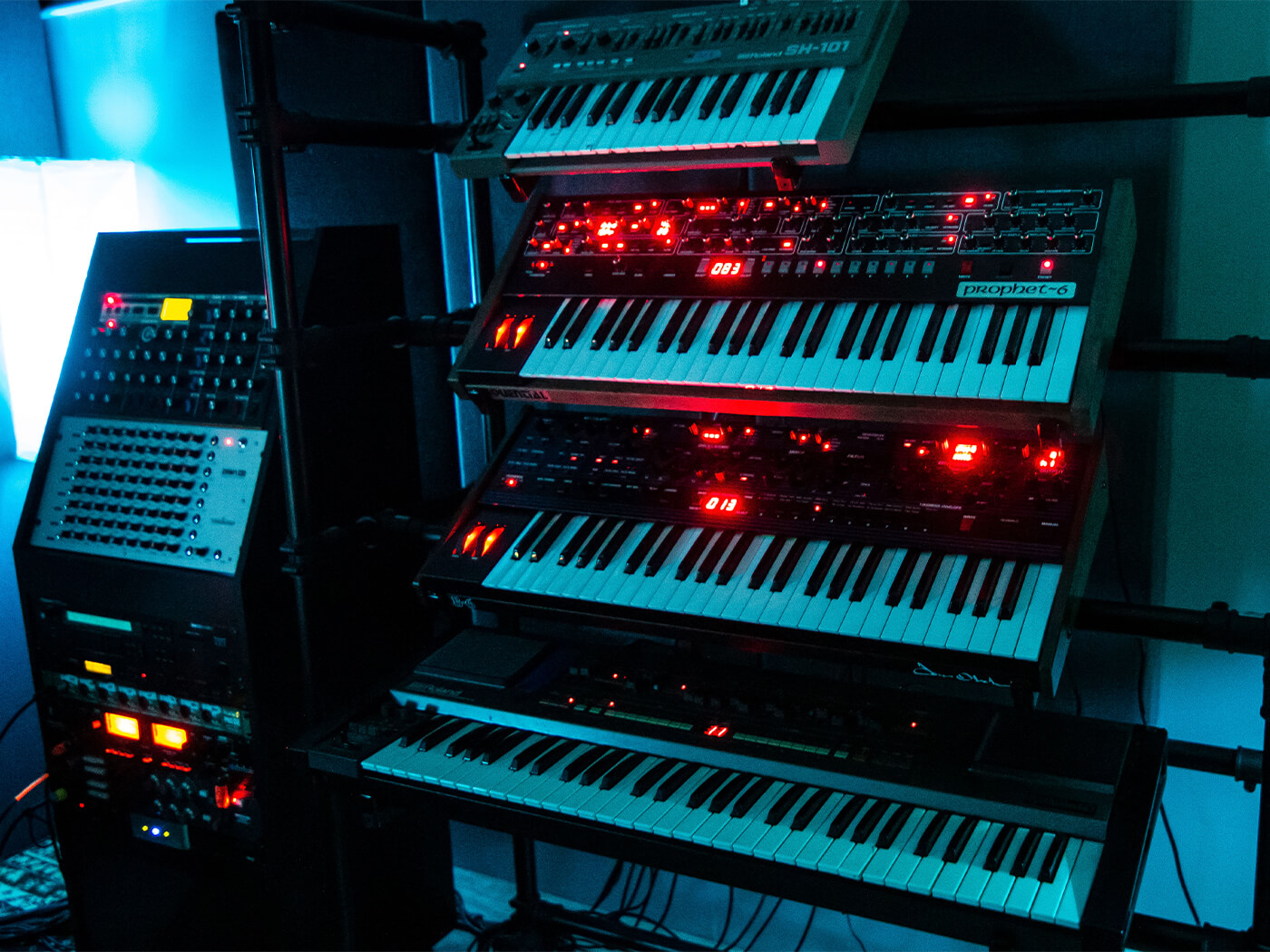 Hey Moon Boots! We’re digging Come To Me. This is your first single of 2021, but your output over the years has been prolific. How do you create so many ideas?

Thank you! I try to focus on one thing at a time, but sometimes you start demos, and it takes a while to finish them. I go through periods where I write dozens of sketches, at least one a day, sometimes several, and I often won’t develop those ideas into tracks or songs until months later.

Generally, it’s pretty easy to know which ideas to progress. If I’m thinking about a demo when I’m not in the studio – if I want to listen to it on repeat and play it for my wife and friends – then I know it’s worth spending the extra time to turn it into something special. I spend a lot of time tinkering on tracks once I know I want to finish them, so it’s important for me to develop that radar. Otherwise, I’d be wasting time and energy on demos that don’t deserve it.

You’ve remixed for some big names and seen success with both of your albums. What important lessons in production have you learned since these releases?

I was new to vocal production when I started on my debut album First Landing. A lot of my work up to that point had been with acapella samples. I learned to trust my instincts working with singers, both in the writing process and in the production work that came later. 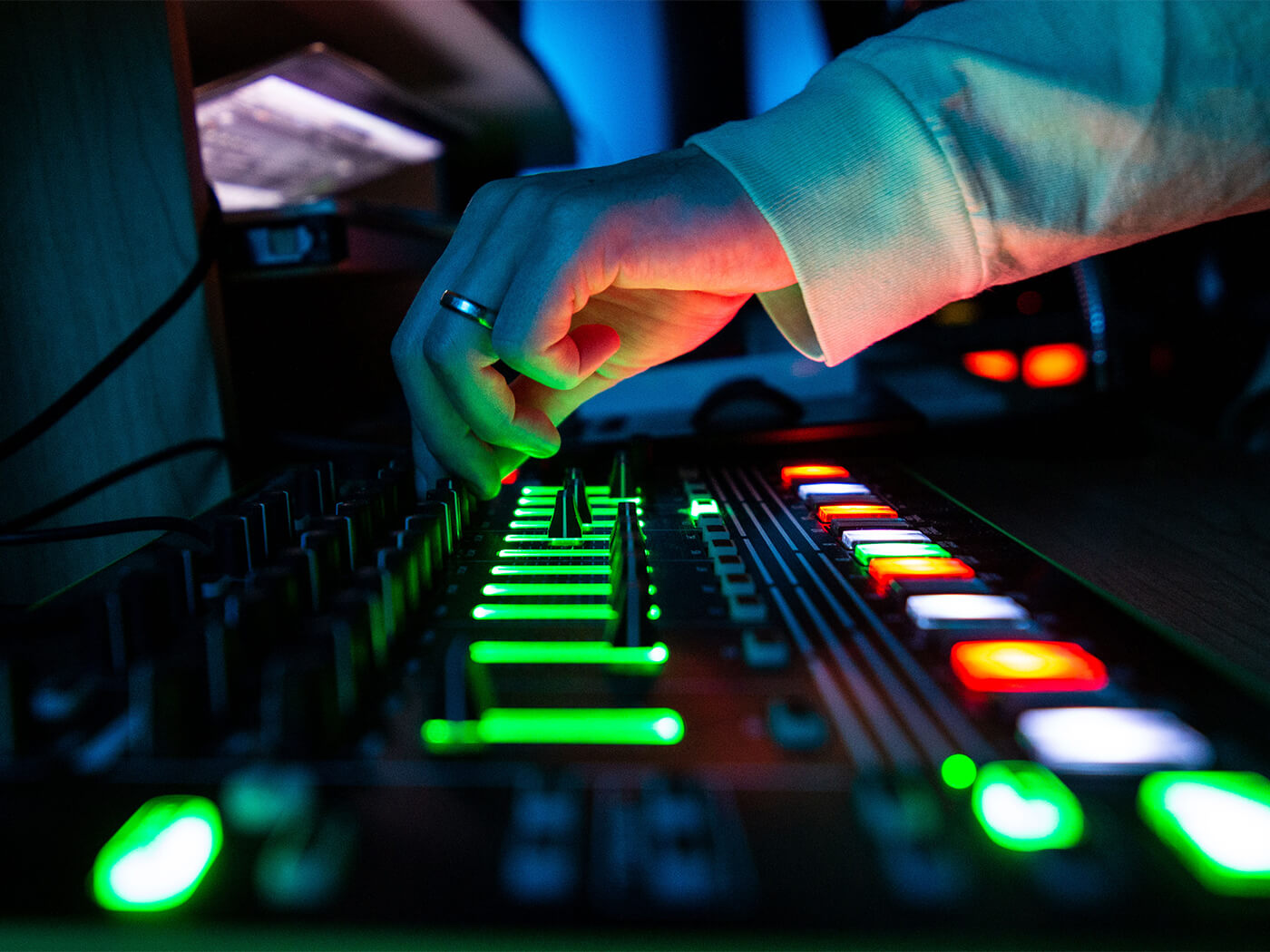 When it comes to original songs, I try to have a rough demo before recording vocals. That way, I can change the key if I need to, and I’m not attached to specific sounds. I sometimes make radical changes to the instrumentation, sounds and arrangement several times on a song before I’m happy with it.

It’s easy to lose perspective and get caught in wormholes. When you’ve heard a track hundreds of times, your ears will play tricks on you, and you’ll hear strange variations in timing, volume and texture that the most obsessive regular listener would never detect. Spending more time on something can actively make it worse. With this in mind, you need to have self-imposed deadlines and know when you’ve got the song to the best of your abilities. 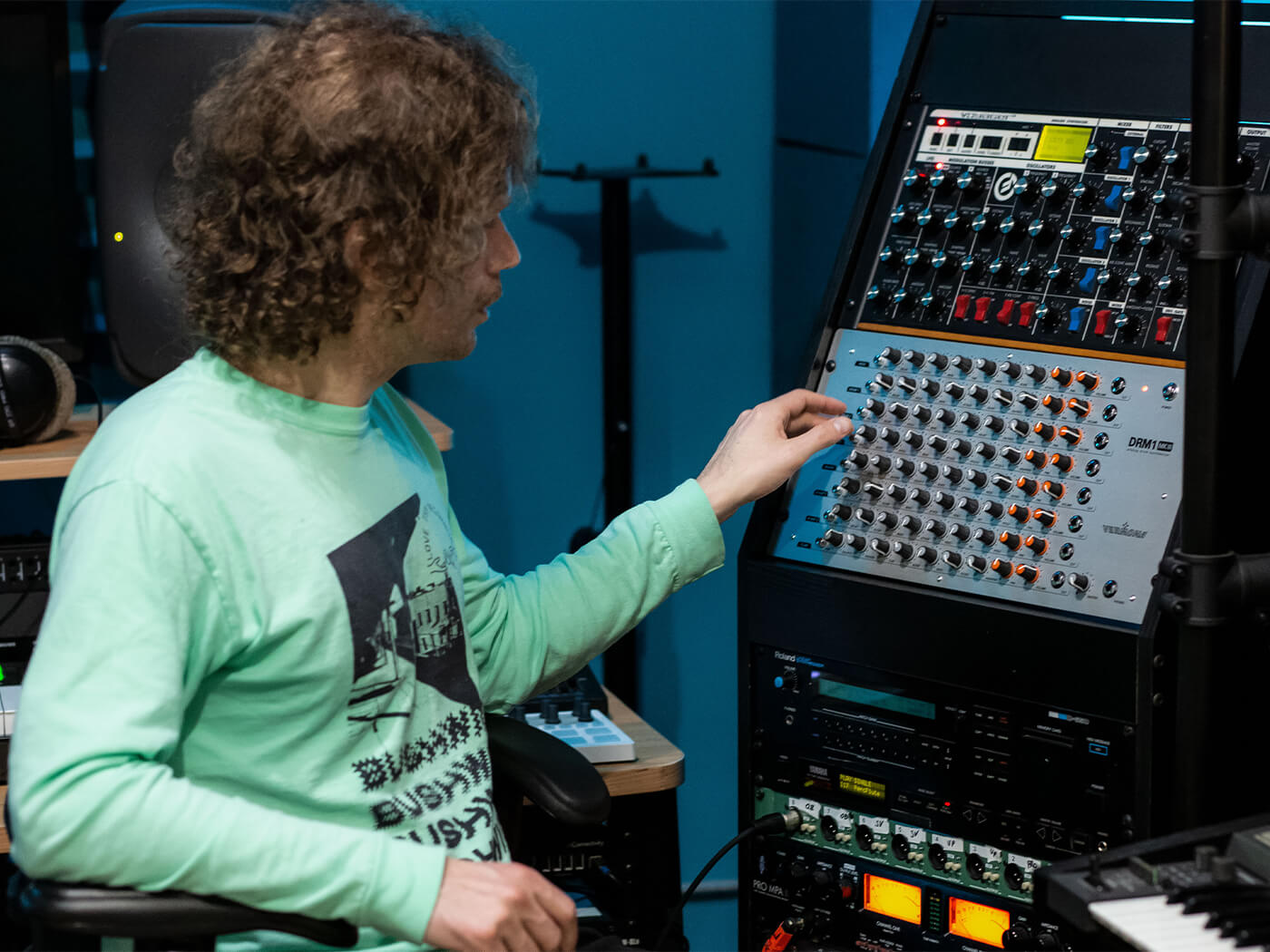 I’ve been renting a room in Clinton Hill for the past year and a half. My last two studios were in Williamsburg, and before that, I lived in Chicago and had a home studio – it helped that I generally had more space and much less gear then.

There have been many shenanigans, but I’ve tried to get the best room I can at my budget where I don’t have to share it. There are some sacrifices I’ve had to make for that, such as working in cramped spaces, but it’s worth it when I need to work long hours.

I use my studio as a workspace for producing music. I occasionally record vocals in other studios if I’m visiting LA, for example, but I like to record the bulk of vocals in my room. The layout is pretty straightforward. I have two stands of synthesizers on either side of me. I also have a rack unit with a Roland D-550, Moog Voyager, Yamaha TX81Z, and the Vermona DRM1, and some preamps, including the ART Pro, Warm Audio WA273, and a new UA LA-610. Last year I installed a patchbay which is helping me make the most of the preamps. 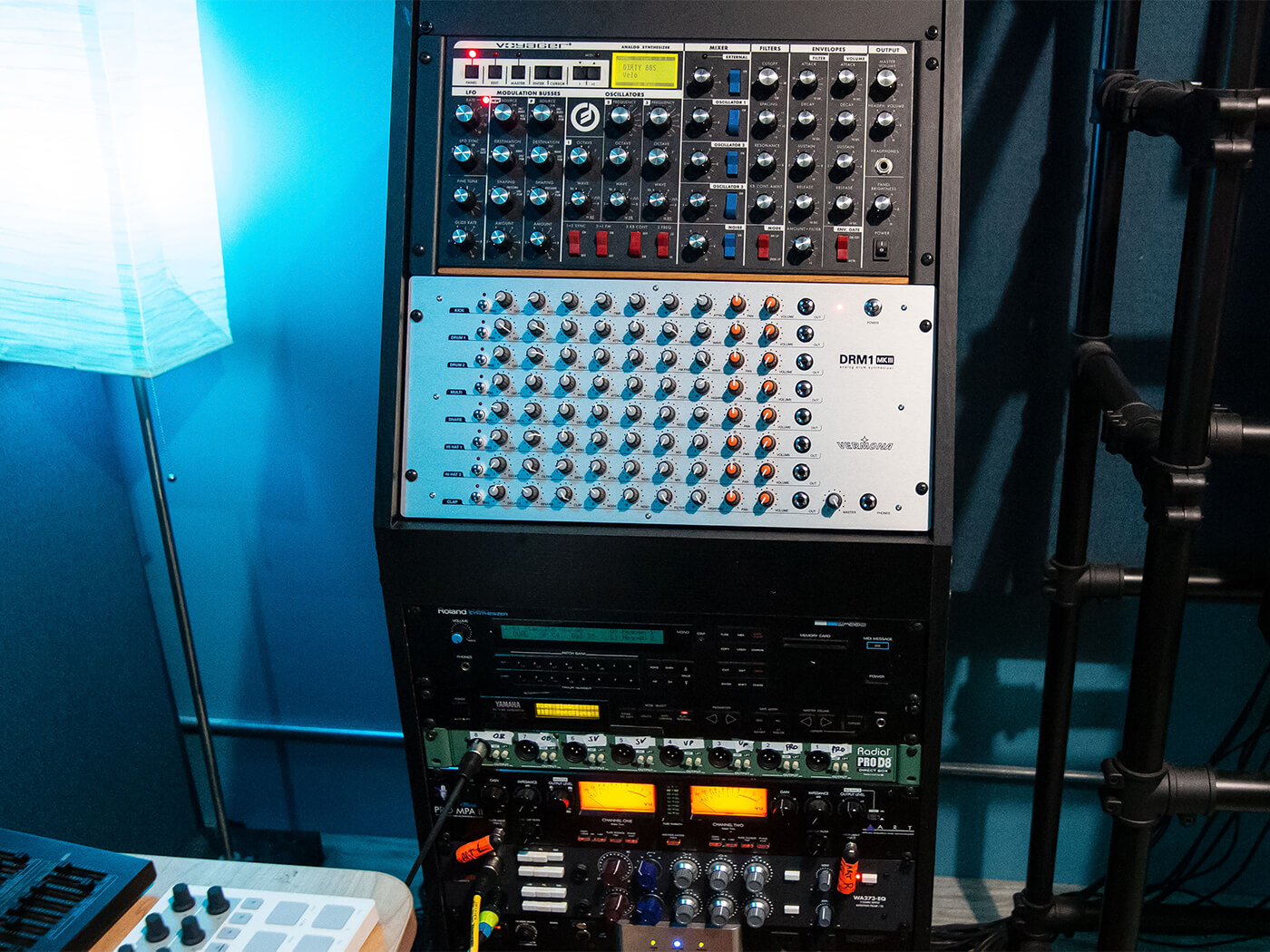 Most of the time, it’s just me in there, and I’ve soundproofed the room so it can be quite peaceful. I’ll generally have my computer in Do Not Disturb mode and keep my phone on vibrate and out of sight when I feel creative. It’s important to make the most of those moments when you’re in the zone because they don’t last for long.

Logic Pro. I love its flexibility, its customizability, the sound and the look of it. I’ve been flirting with the idea of going back to Ableton Live, which I used to use a while back, but when Apple introduced Quick Sampler and Sampler into Logic, I was all-in again. 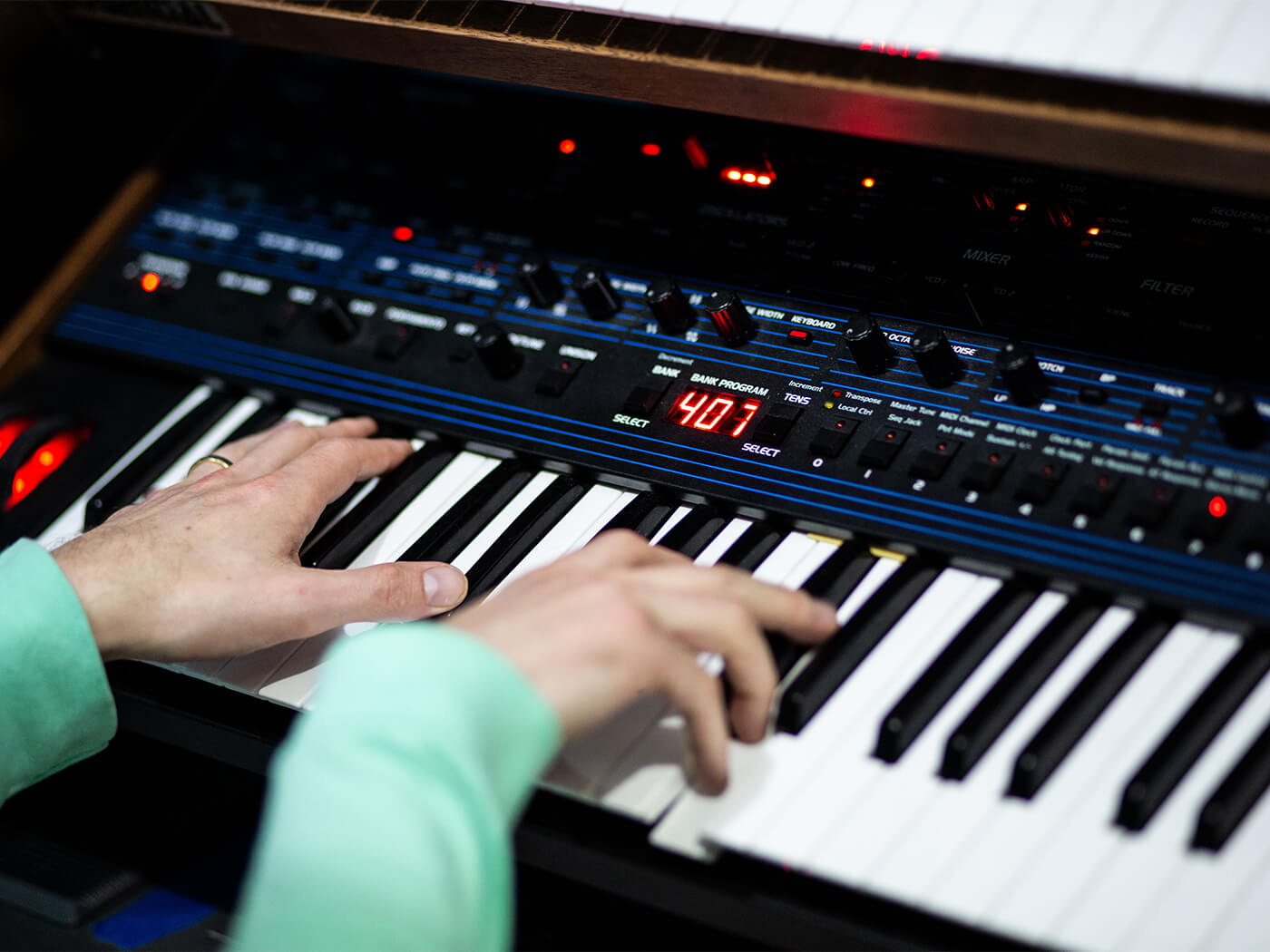 My Roland HS-60. It’s the same sound and controls as a Juno 106, but with internal speakers. It’s also uglier, but I’m ok with that. Of all my gear, I’ve had it for the longest. I learned a lot about synthesis on it, and I’d never sell it. I regret selling my Moog Prodigy, which was also one of my first synths.

I’m giving sentimental reasons, but I use it a lot. Rekon makes very useful VSTs that allow you to use a Juno or Alpha Juno like a plug-in. I wish they made something like this for Dave Smith Instruments.

You’ve got some pretty impressive synths in your collection – how did you decide which ones you wanted?

For my polysynths, I got the DSI OB-6 and Prophet-6 for my live show, and they quickly became indispensable. The Juno was a no-brainer when I got it at a very nice price. I also have an Alpha Juno, which is also affordable and has its charms. And I have a Roland D-550, but it’s a pain to program, and I haven’t been using it as much lately. I should give it some more love.

For my monosynths, I’ve had the Moog Voyager Rackmount for the longest – it’s a fantastic bass synthesizer. I got my Roland SH-101 as an impulse buy after going to a funeral – life is short; buy the gear you want! I’m glad I did that, and I use it constantly. Then I have the Moog Sub 37, which I primarily got for the live show, but it’s been very useful in the studio too. 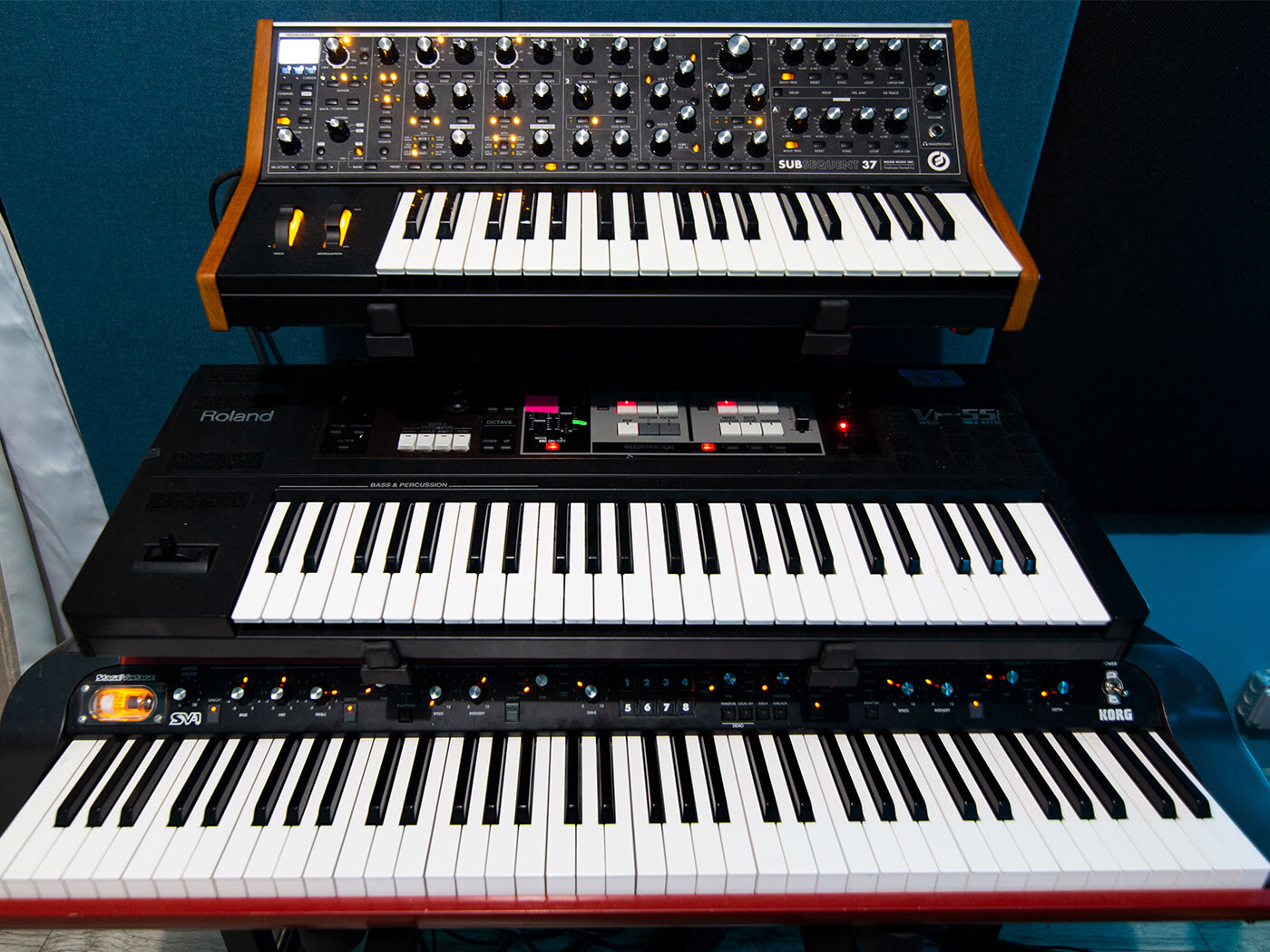 What synth or effect can be heard the most on Come To Me?

On Come To Me I used the Prophet-6 the most, from the choppy synths to the arpeggiator in the breakdown and the noisy lead at the end.

I listened to ABBA the other night, and their song Lay All Your Love On Me had me dreaming of owning a Yamaha GX-1. But I can’t say that’s very realistic. Right now, the two things I wish I had are a Roland TR-909 and a Clavinet. And for my dream home in the future, I will have a CP-80.

Try to make whatever you’re working on fun to listen to. If not fun, then engaging on an emotional level. Don’t just focus on the technical details. 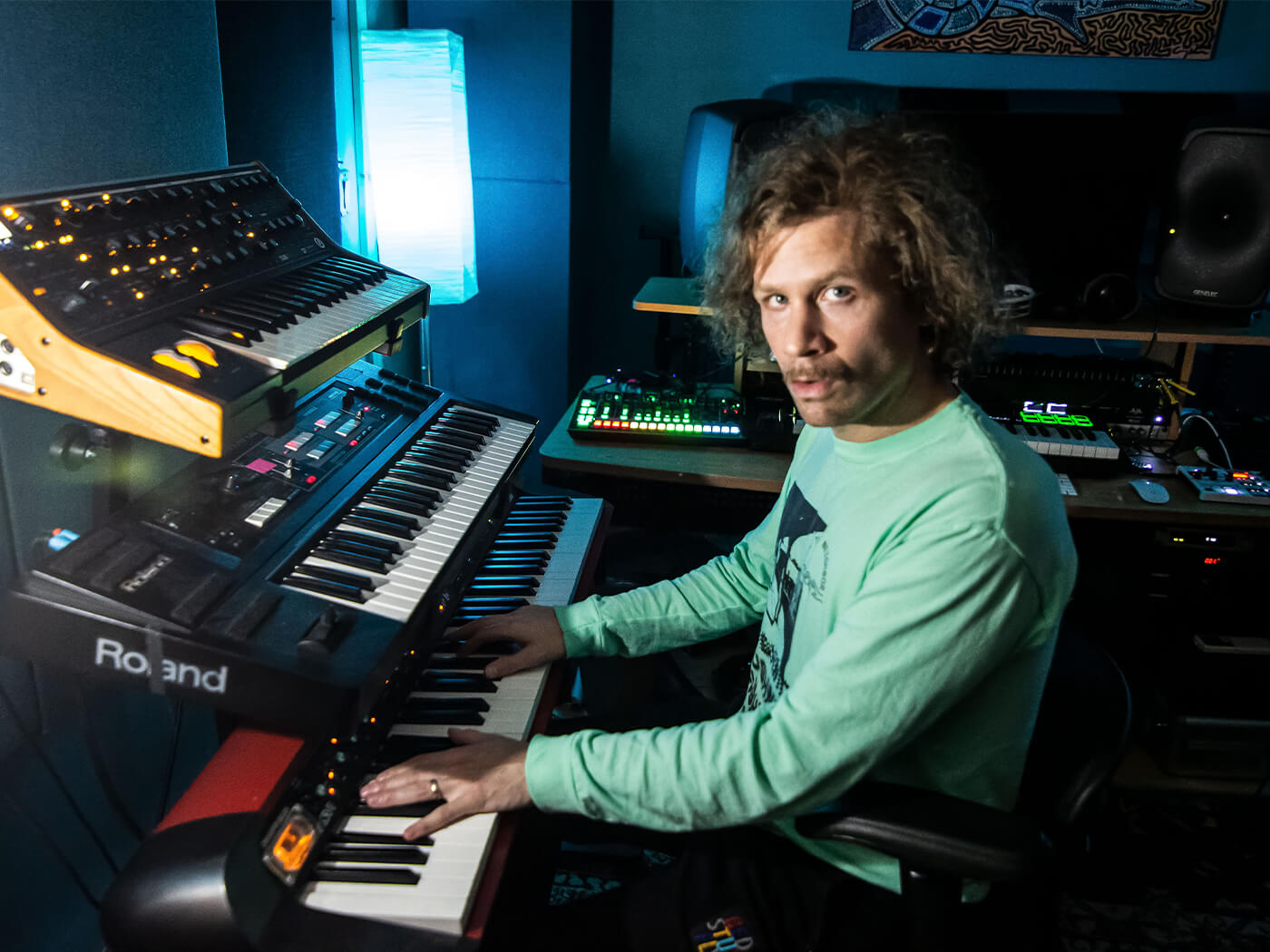 Don’t spend too much time thinking about the gear you want and enjoy the gear you have. It’s much better to have a few pieces that you know inside out than a bunch you barely recognise. 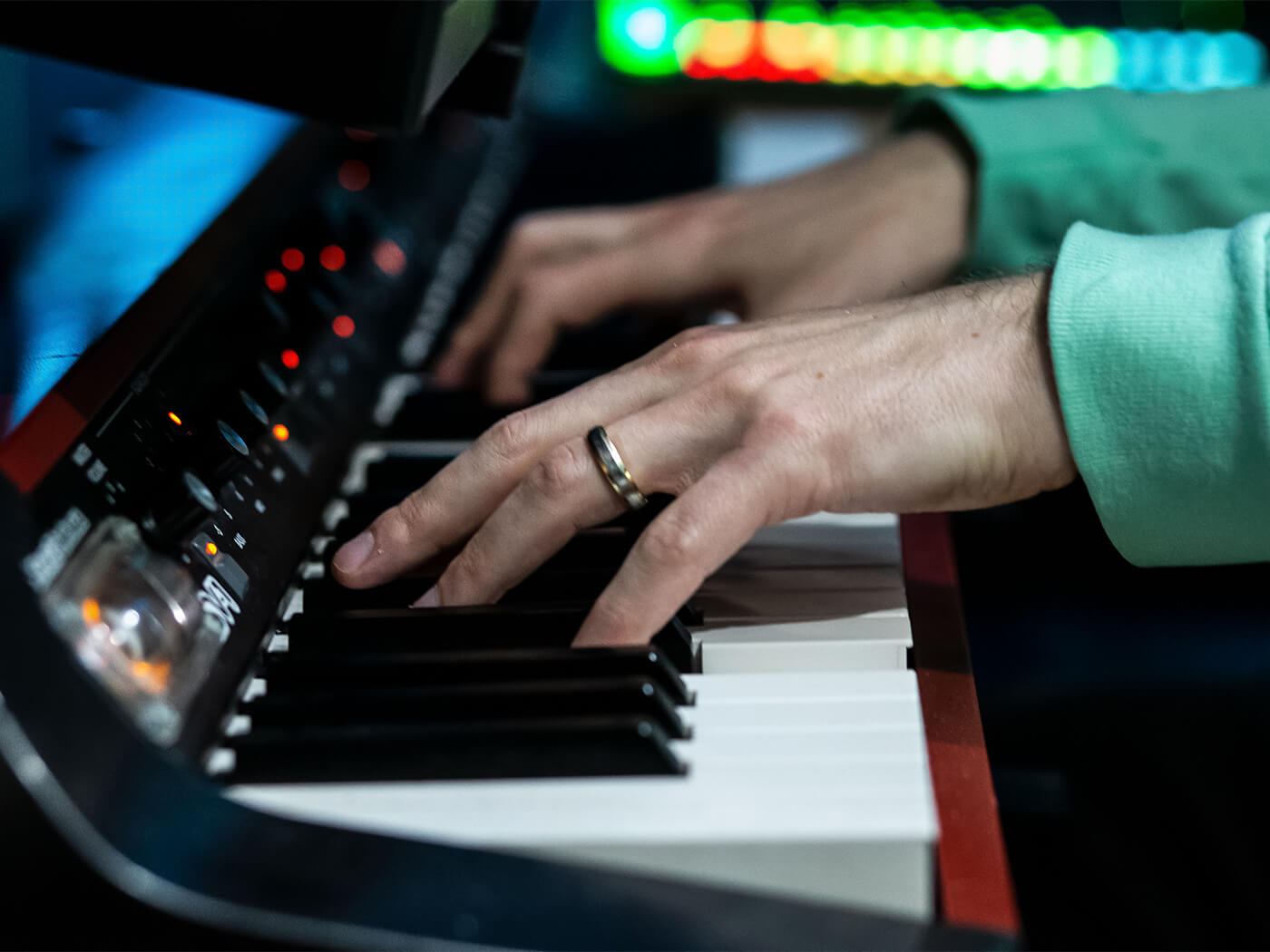