Midnight music-maker Mark Brandon explains how he manipulates samples and vocals and how he keeps inspired in different workspaces. 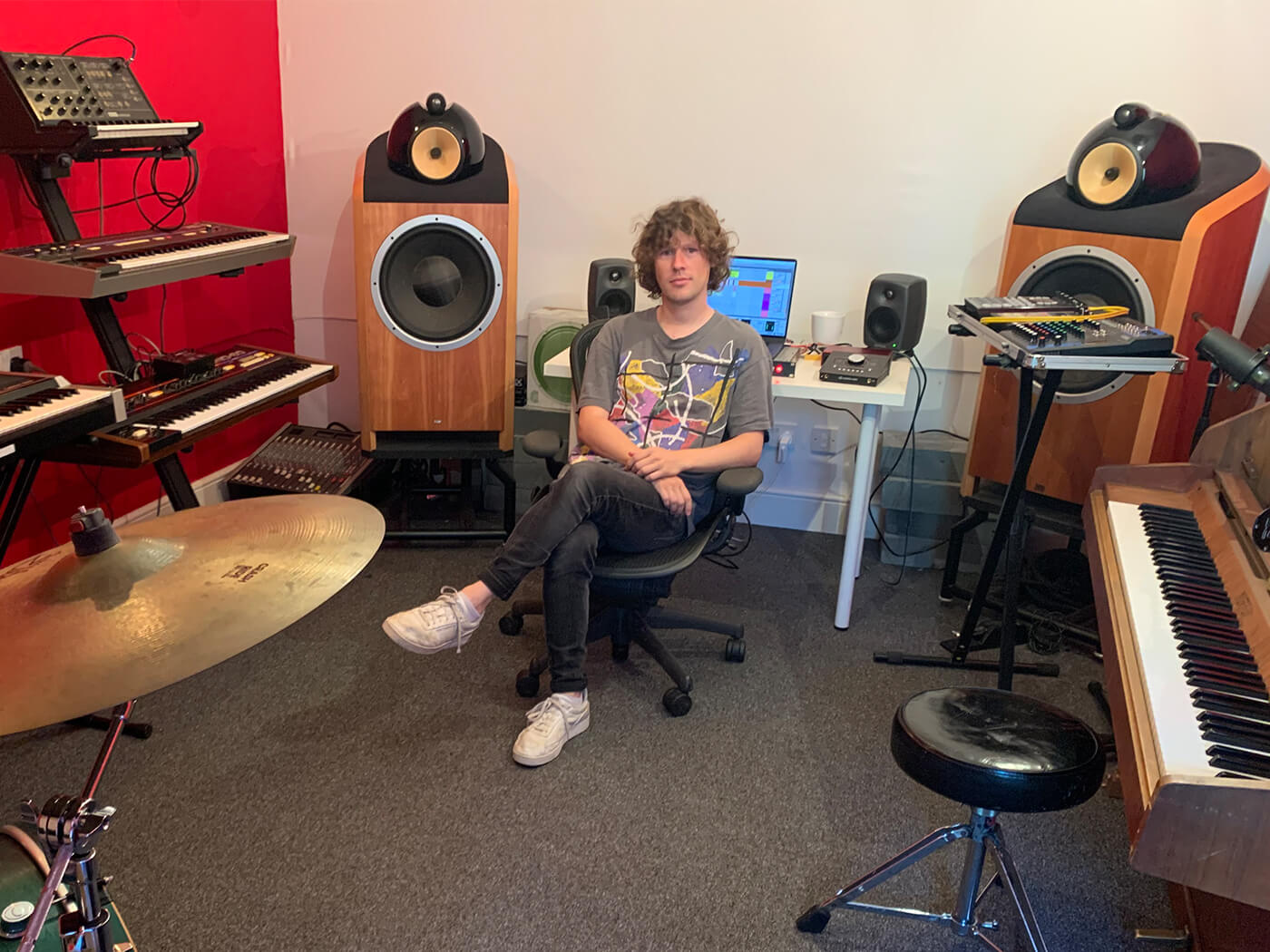 Mark Brandon, the Model Man himself, is colliding two vastly different worlds: the classical undertones of his Mormon upbringing and his passion for rave culture and electronic music. The result? Moving, piano-driven dance tracks that have garnered him support from Apple Music, Amazon Music, Annie Mac, Pete Tong, Joe Hertz, Cinthie, Jaguar and plenty more. Although he takes to the stage with a live band, much of his music is based around resampling and manipulating vocals from his featured artists, along with some clever synth sound design for good measure.

Following the recent release of his singles, Sweet Surrender and Dust, Mark has some exciting things up his sleeve for the rest of the year. We wanted to learn more about how he chops up vocal lines, how he conceptualises his complex ideas and how he finds his creative flow in the early hours of the morning. 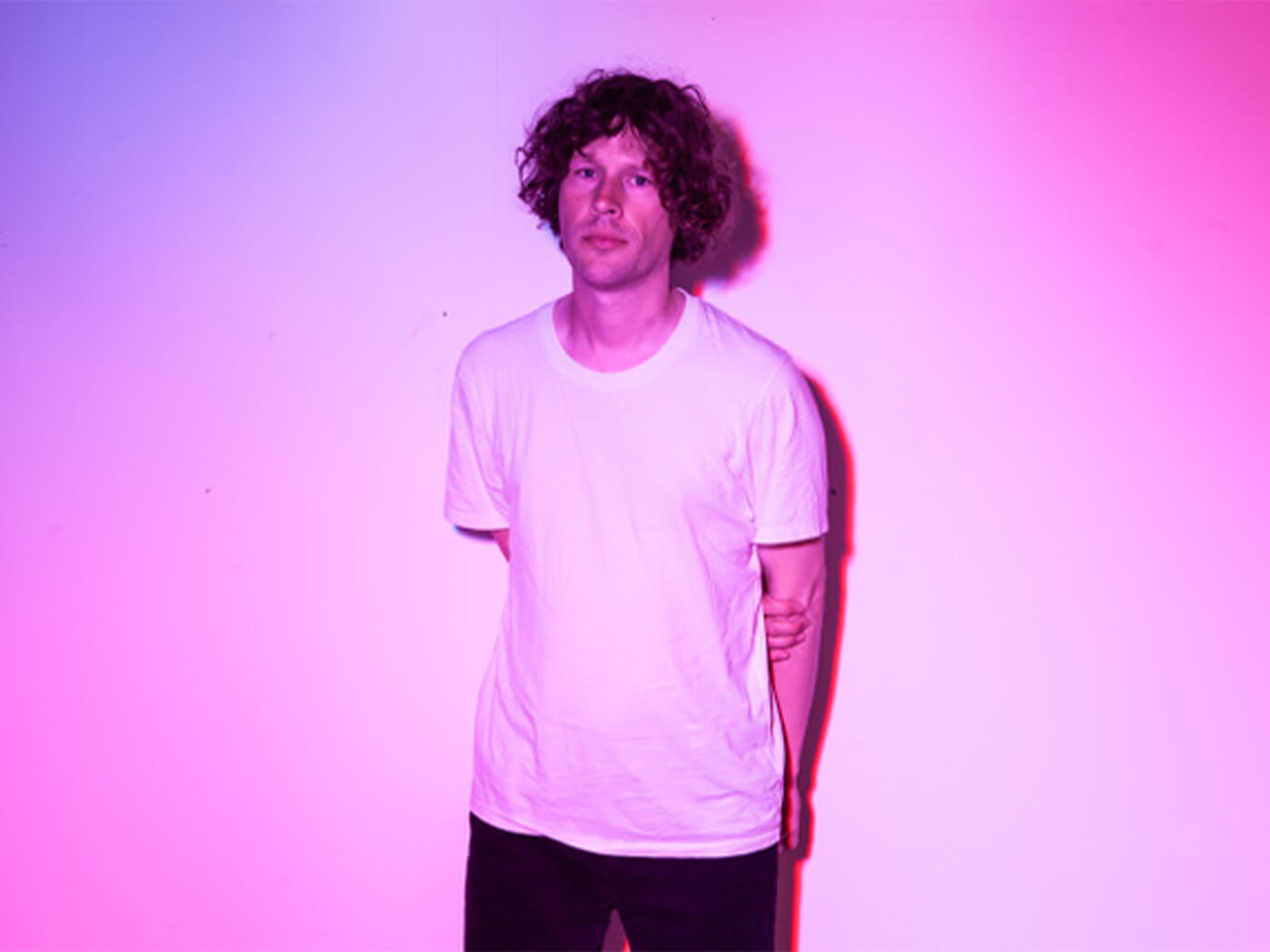 Hey Model Man! We hear your recent single, Sweet Surrender, was created from 3 am to 7 am. Do you usually find that to be a creative time for you?

Yeah, I guess I’m a bit of a night owl. It just feels slightly more ethereal at 3 am. Like you’re doing something a little secretive. Plus, there are no distractions.

We love the use of chopped vocals throughout your discography. What draws you to these acapellas?

Thanks. It’s a mixture. A lot of it’s just me, but I treat the recording as a sample, cut it up and process it quite heavily. I also have a few people close to me that sing, and I get them to do some stuff over the top. The next single that’s coming out this month actually has a feature from an artist called Hamzaa. She recorded some nice vocals over the top of the track and then I messed with it. Luckily, she wasn’t offended!

What synth or effect can be heard the most on your recent track Sweet Surrender?

There’s some gnarly bass design in the middle that I made on a Korg MS-10 with the attack quite high and the filters opening up. I’ve trashed it a bit, and now I think it has a mind of its own. It isn’t actually mine, it’s my manager’s, with whom I share the studio. If he reads this then I might be in trouble!

I have two main spaces that I work in at the moment. One at home, which is basically just my Baldwin upright piano, plus some speakers – a lot of ideas start at home. The other is this space which is a bit more legit, and I share it with a few different people.
I rehearse here with a couple of other guys (Tommy and Andy) in the live band with me. I’ve been here for a couple of years. It’s still a work-in-progress, but it’s a fun space to be in. 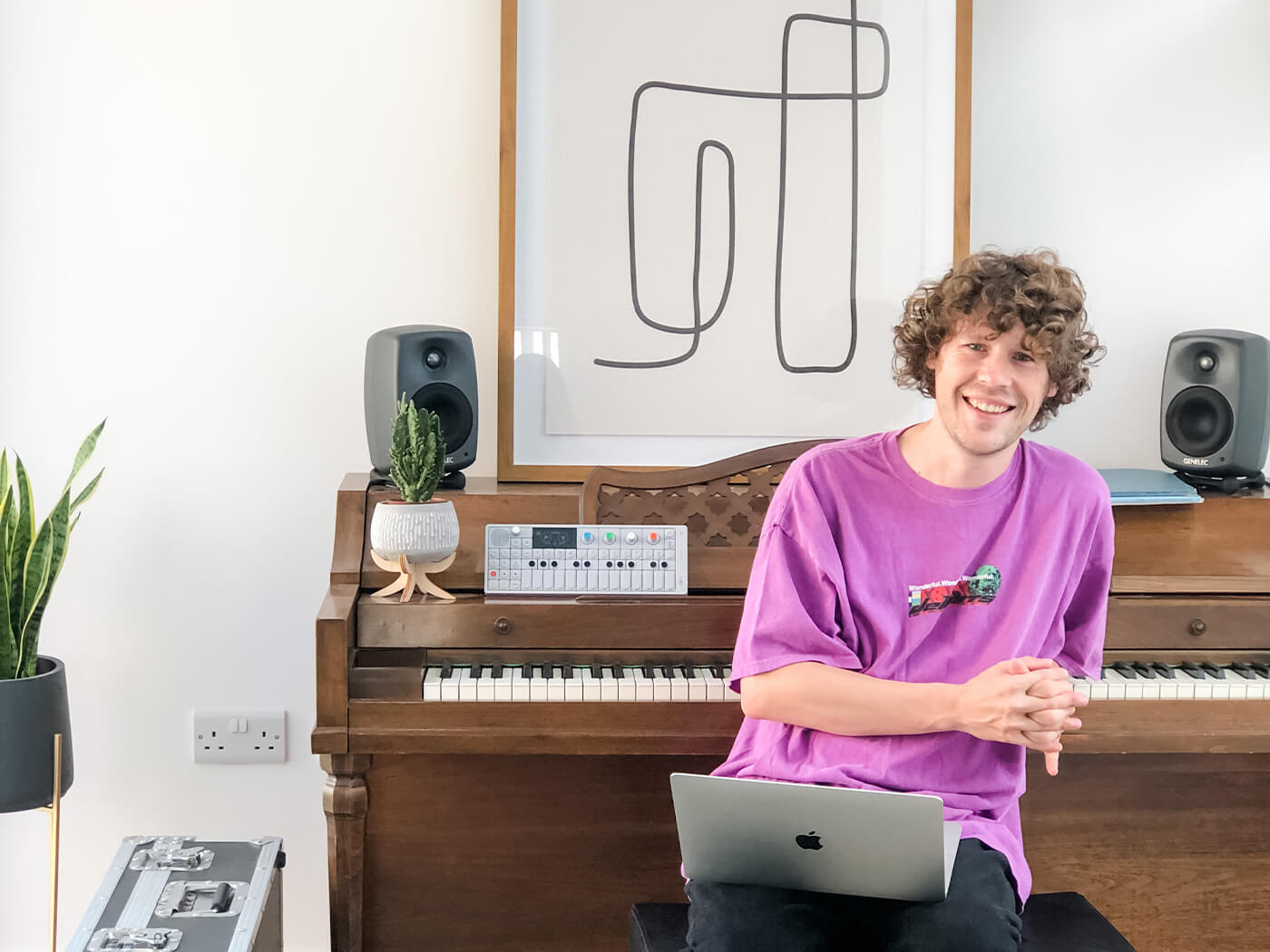 My manager (Christian Wright) owns it. He is the most generous guy on the planet. He uses the studio as a bit of a hub. There’s a bunch of different musicians that come and use the space, and he never really charges anyone, including me. I’ve blown up his speakers a couple of times, given myself electric shocks, and kept loads of random gear here, and he still hasn’t kicked me out. He just loves music and is incredibly supportive. There’s a decent scene in Chelmsford, Essex, and loads of talented people pop in and out.

How do you use the main studio?

I use the space to track live piano and drums quite a bit. Sometimes I go there to mess around. I don’t always go in there with an expectation to make a track; it’s more like a playroom. I can practice the piano or hang out with mates, listen to tunes or whatever. 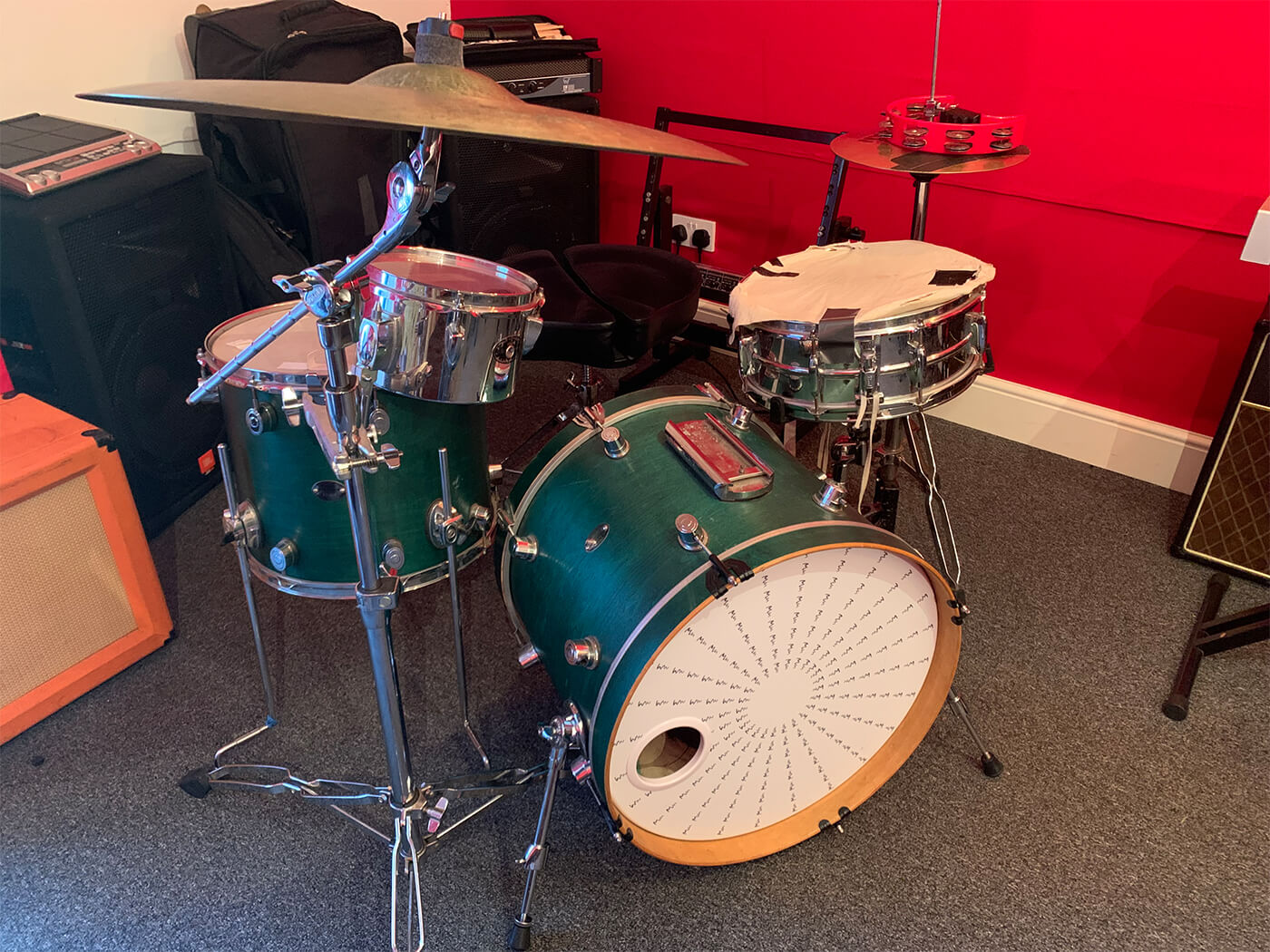 The guys in the band like mood lighting, but those things don’t really matter to me. I find that I’m much more in my own head than in the studio, weirdly. It’s more important to have good functionality – basic stuff like having enough power outlets and microphone cables. 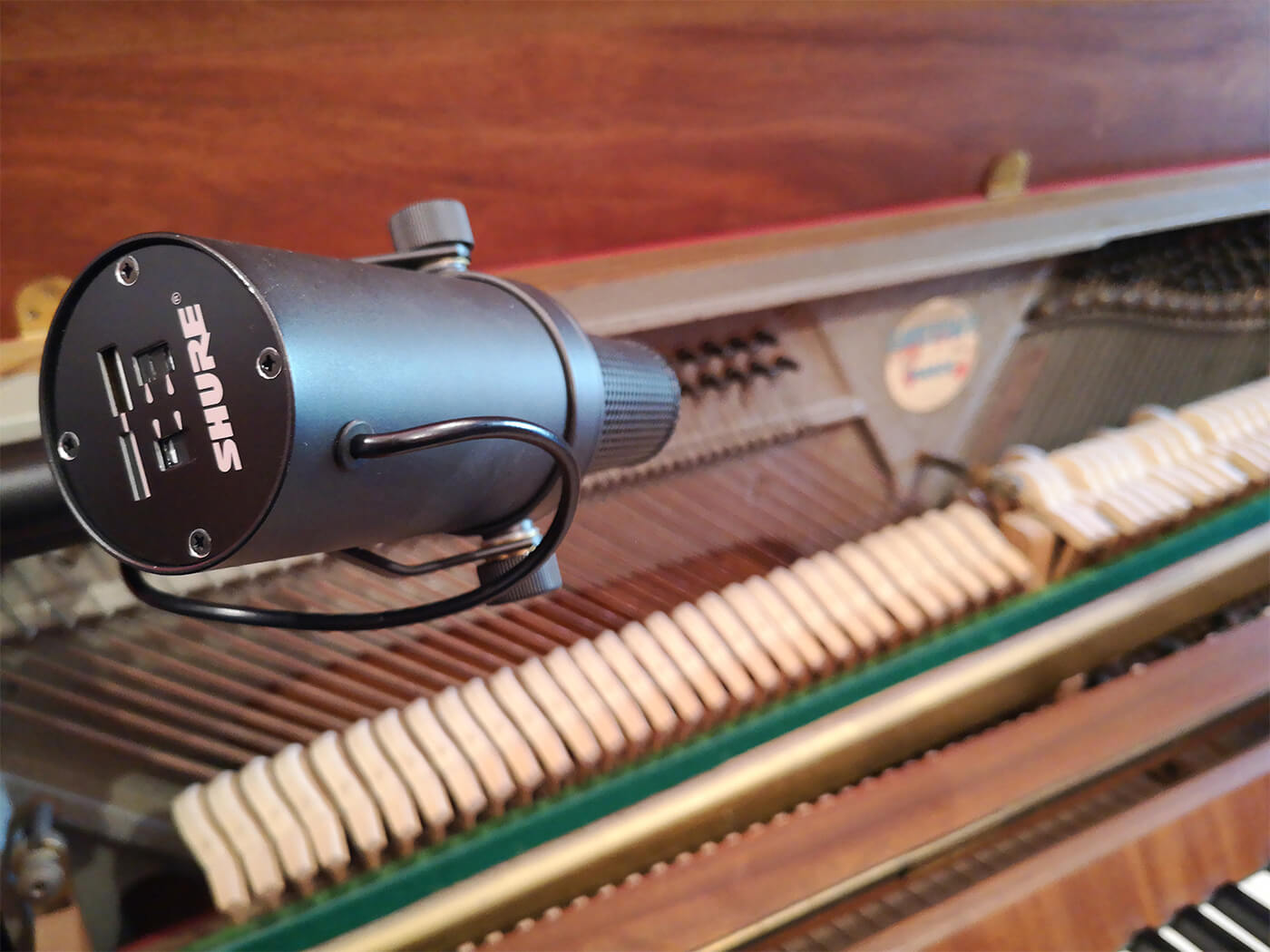 Ableton Live. Mainly because it’s just really fun to use. But also because it feels like an open-source program by its very nature. It’s like a blank canvas that allows you to do whatever is in your imagination. Max For Live is great, too. You can design your own effects and patches from scratch, build your own sounds or whatever. It’s a powerful piece of software.

I’m quite minimal with most of my gear. A lot of the gear in the studio isn’t mine. I do have a little sampler that I’m fond of: the Boss SP303. It’s got some mad effects and is limited for space, but sometimes it throws stuff out at you that is seriously inspiring. The compressor is so aggressive, and it has such a unique character. 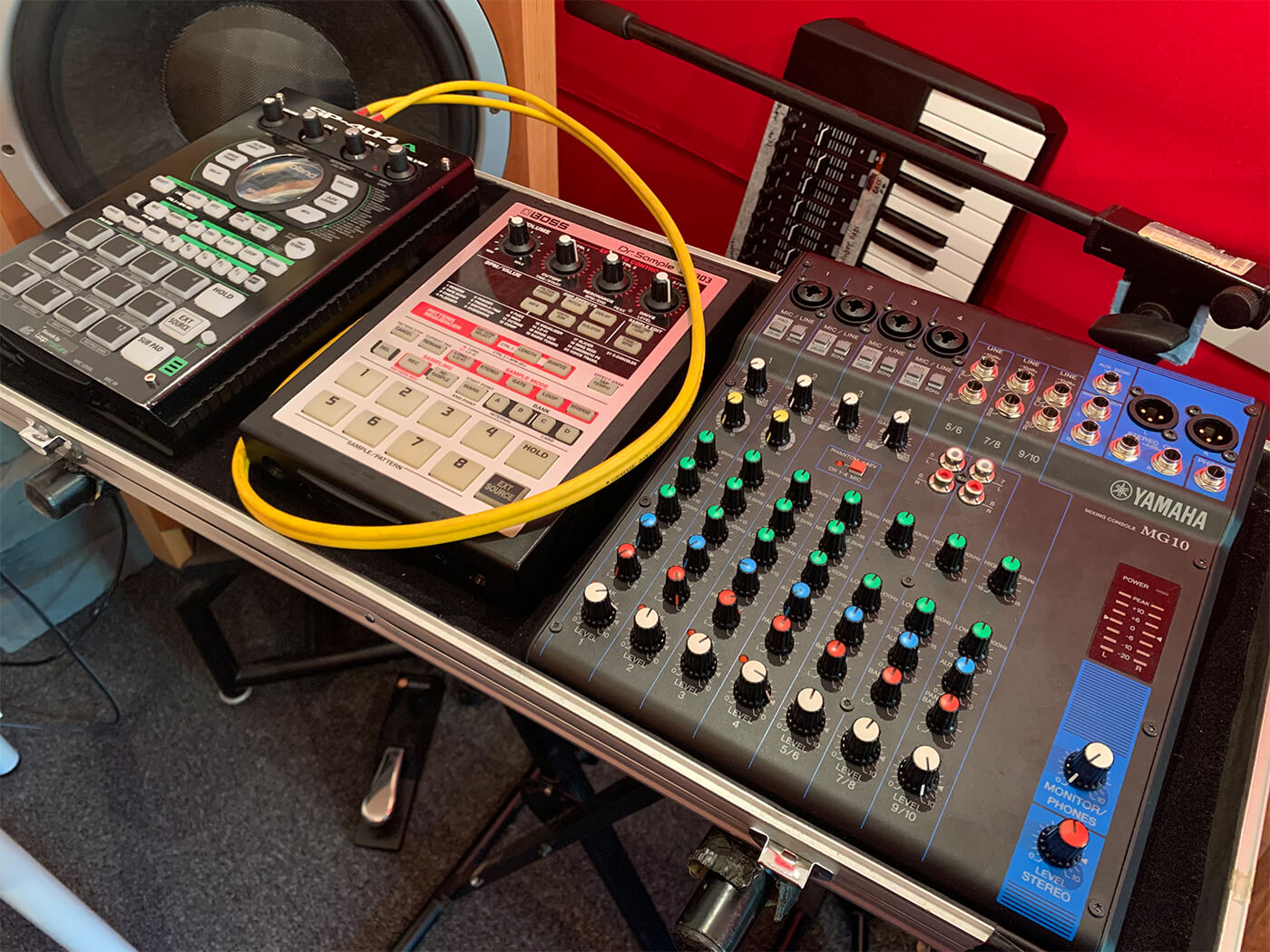 There’s definitely elements of classic 90s house and rave in your music. Is there any specific gear or technique you use to achieve that?

I still feel like I’m learning those techniques as I go. I try not to overthink it too much. I spend a lot of time messing around on the piano – harmony is the musical element that comes the most naturally to me. I like to find chords that hit the spot, then build around that. I like to make drum breaks, and loops then feed them back into samplers until I can’t recognise them anymore.

The Neve 1073 was the most recent. I used it for some drum overheads the other day, and it sounded really cool. Time will tell if it was worth it. 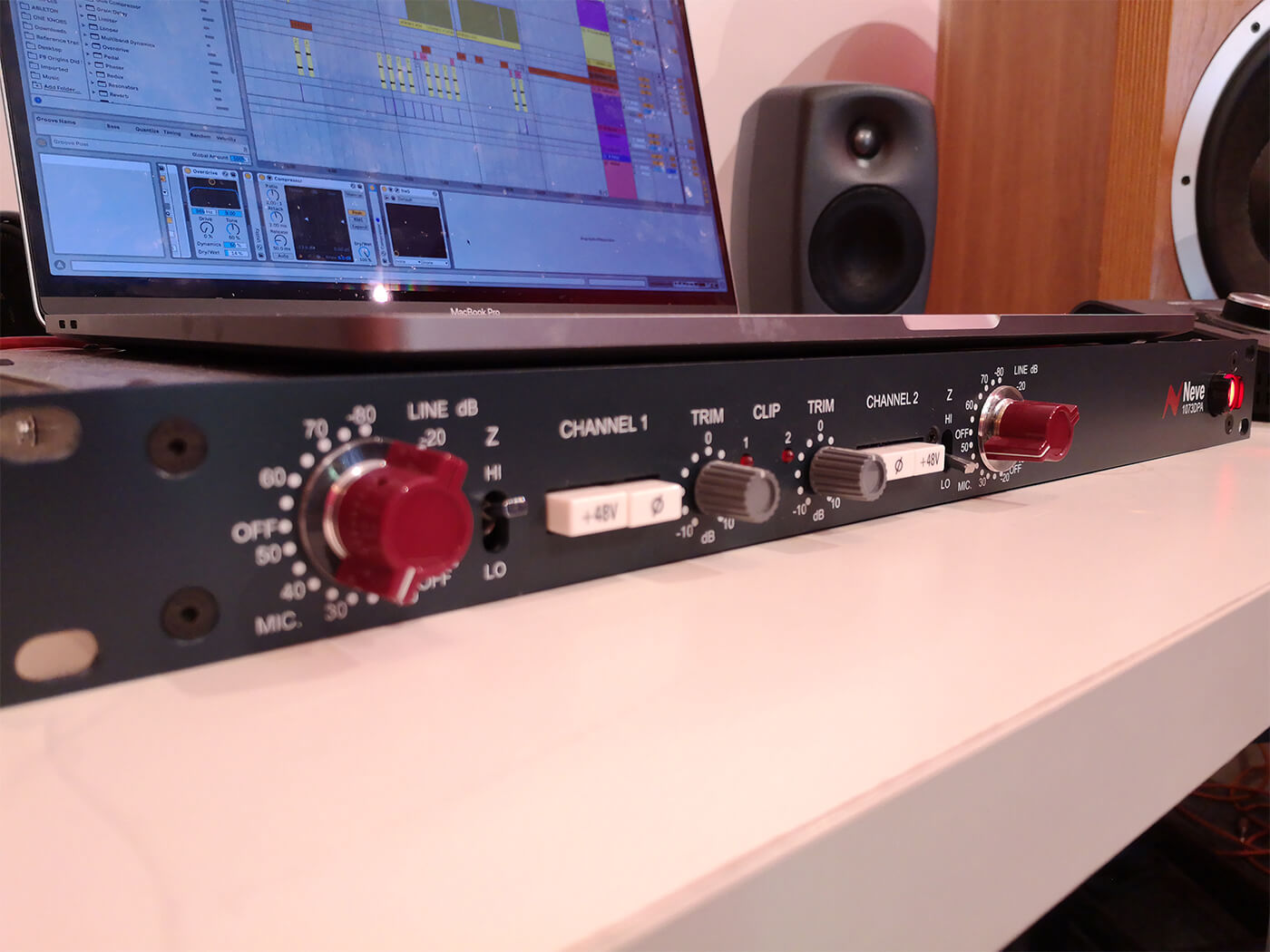 I mixed on some Focal SM9s at Abbey Road Studios recently. They were awe-inspiring. The low-mids were so clear and detailed. I’d love a pair of those, but they’re expensive. Maybe I’ll get the more affordable model.

I’d be happy enough banging on the coconuts, I reckon. Although, I’d always fancied playing a bit of flute. Maybe that would be a good time to learn.

Work fast when an idea strikes.

Don’t rush it. Get as much advice as you can and figure out what you want it to be. A mixing and post-production room is gonna be very different to a live room type set-up.