Plug-ins I Actually Use: Quivver

“If something sounds decent, I’ll use it. I’m not gonna sit and A/B hardware and software gear to see which one is ‘warmer’ more ‘natural sounding’, whatever that means” 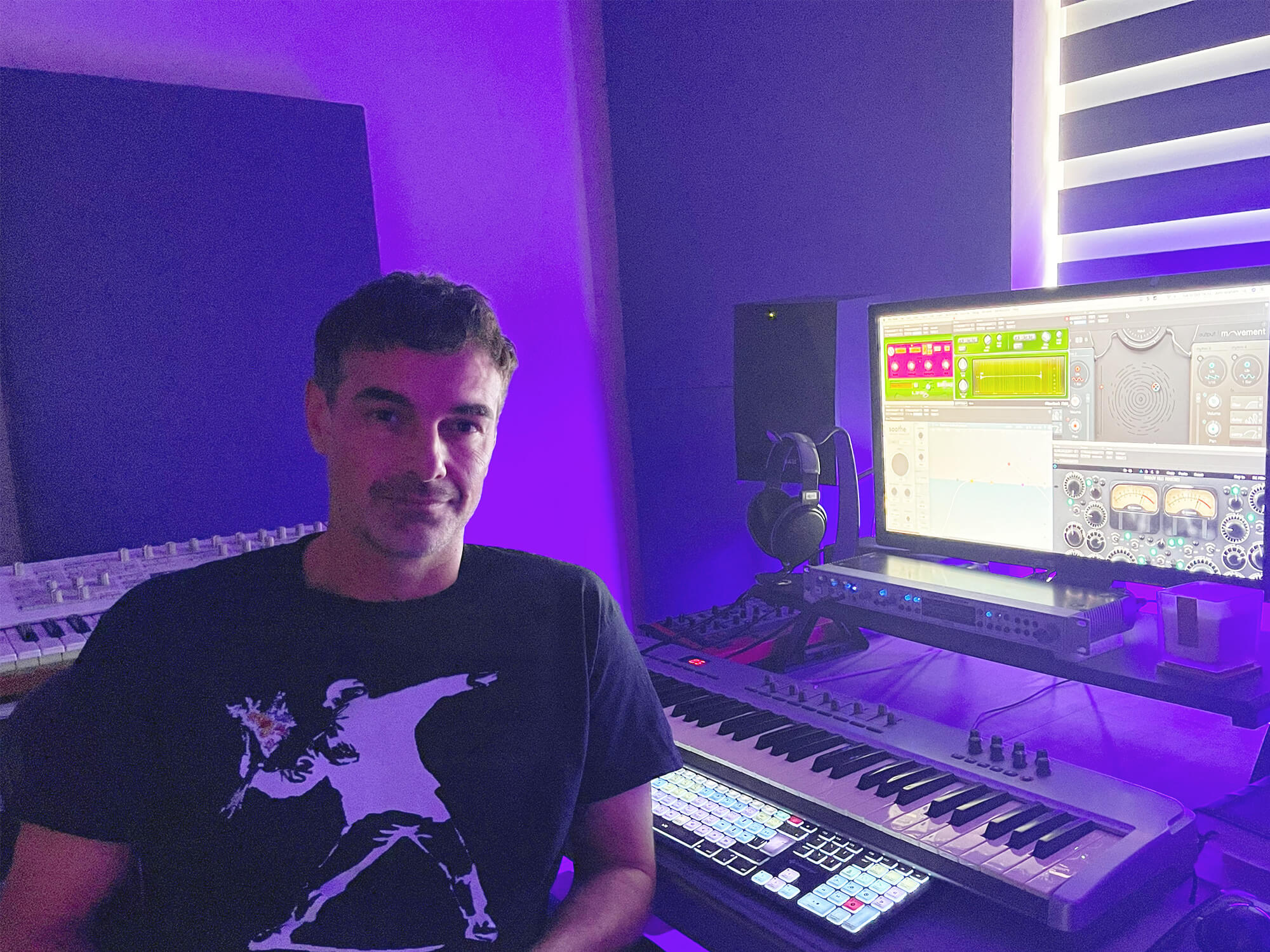 Dance music veteran Quivver has been releasing music since the mid-90s, with a series of EPs on Bedrock Records – headed up by esteemed DJ and producer John Digweed. Now, the British producer, real name John Graham, returns to Bedrock to drop his debut album, Revelate, a genre-bending project that nods to his eclectic sound palette. Quivver takes the listener through textural ambient bliss, high-impact breakbeat, thunderous techno and luscious deep melodic house.

We caught up with the seasoned producer to learn how he meanders through various genres, why he has a love/hate relationship with Arturia’s Buchla Easel V, and why he unplugged most of his hardware synths for an in-the-box workflow.

Hey Quivver. You’ve created a journey through various styles on Revelate. Was this always the idea? What kind of challenges did that bring about?

Yes, I intended the album to move through different styles for a few reasons. I’d get bored, and I imagine the listeners would, too, if all the tracks were of a similar style and tempo. Plus, I made it during the pandemic, so all the clubs were shut, and there wasn’t much point in making an album of 10 club tracks that I couldn’t play in clubs.

It was much more enjoyable having the freedom to explore different directions; stuff I wouldn’t usually be able to release on EP’s because they weren’t the right tempo for dance floors or whatever.

My first ever releases were in drum & bass under the name Skanna in the 90s, so breakbeats and dark, atmospheric vibes have always been a part of my sound. It was great to be able to incorporate some of that into the album this time.

This is your first album on John Digweed’s Bedrock label; what’s kept you at the label for the last 10 or so years?

John has been a big supporter of my music, and my EPs have always done well on Bedrock. I guess there’s a big overlap of people who follow John Digweed and Bedrock and also follow my Quivver stuff, so it’s a good fit.

There’s a ton of lush sound design on the LP. What are some of your favourite moments?

I was thrilled with the main chord sounds on Crystals. There are three layers of the same chords that drop in and out throughout the track. They were from Dune 2 and Omnisphere. I messed around a lot with each one, removing the bass and adding distortion to the top end of one layer, keeping the second layer smoother with all the bottom end, and the third layer with output movement and tons of chorus. I then EQ’d and filtered them until they glued together and each added something new to the sound.

How do you start a track?

Usually, I start with drums and bass lines. But sometimes, I’ll come across an interesting sound or sample that instantly dictates the rest of the track. I also record ideas into my voice phone’s voice recorder a lot – bassline or groove ideas that sound good in my head. Although, it usually sounds like utter nonsense to anyone else.

Oeksound Soothe 2, which is a brilliant tool for reducing annoying resonances. It follows the track and ducks the frequencies only when necessary, kind of like a dynamic multiband limiter, constantly adjusting on the fly. I used it on some of the pads on the album where there were chord changes, and some had problematic frequencies, but others didn’t. It’s perfect for stuff like that and for vocals. It was £180 and was worth every penny. 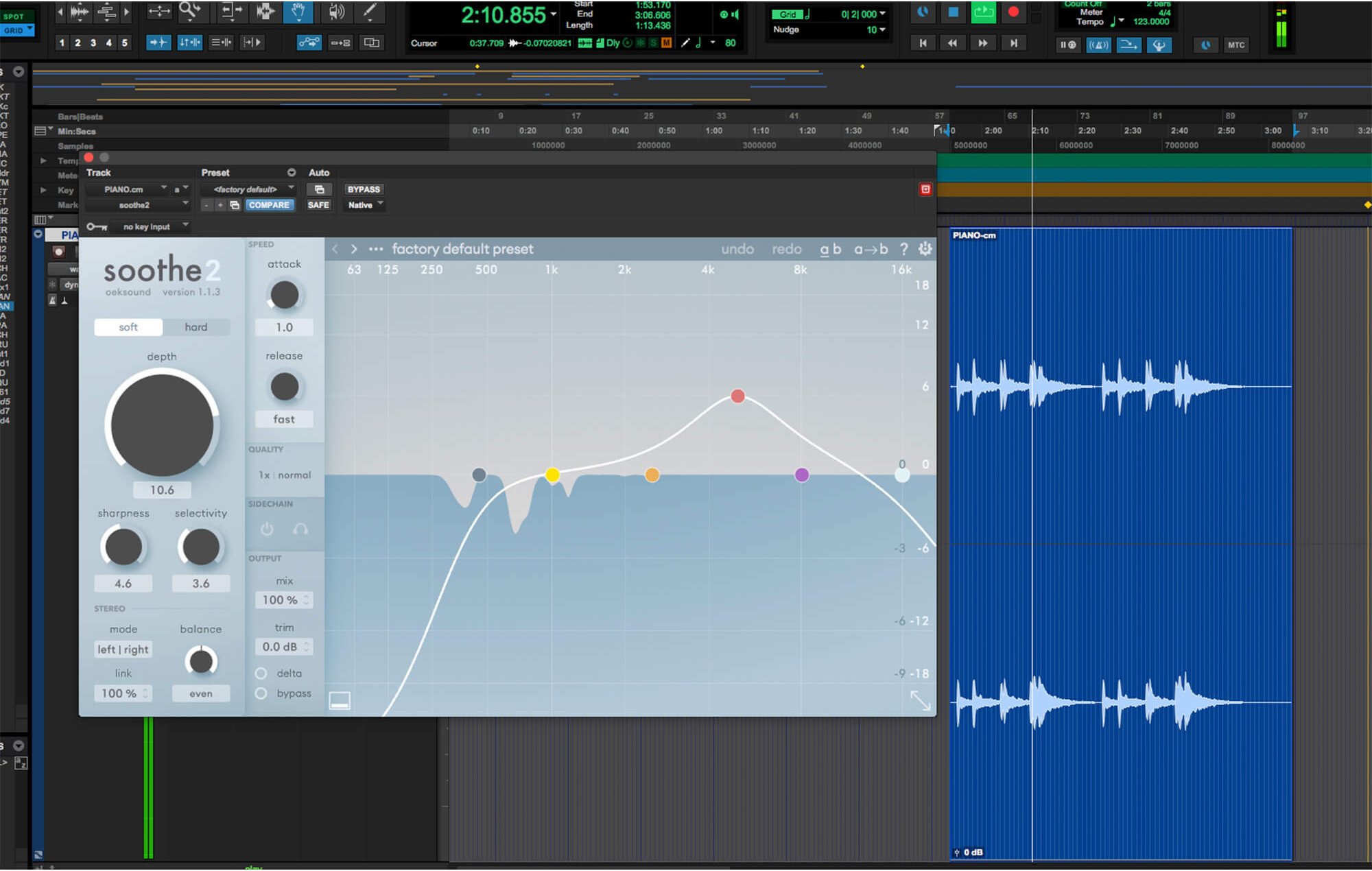 I use Sonic Academy Kick 2 on almost every track I make now, so that’s well worth the £50 I paid for it a couple of years ago.

I’ll usually have the Shadow Hills mastering compressor or API 2500 compressor, the Waves PAZ Analyzer and the WLM Loudness Meter at the end. I’ve also started to use Newfangled Elevate a lot lately, even if it’s not doing much – I love that thing! 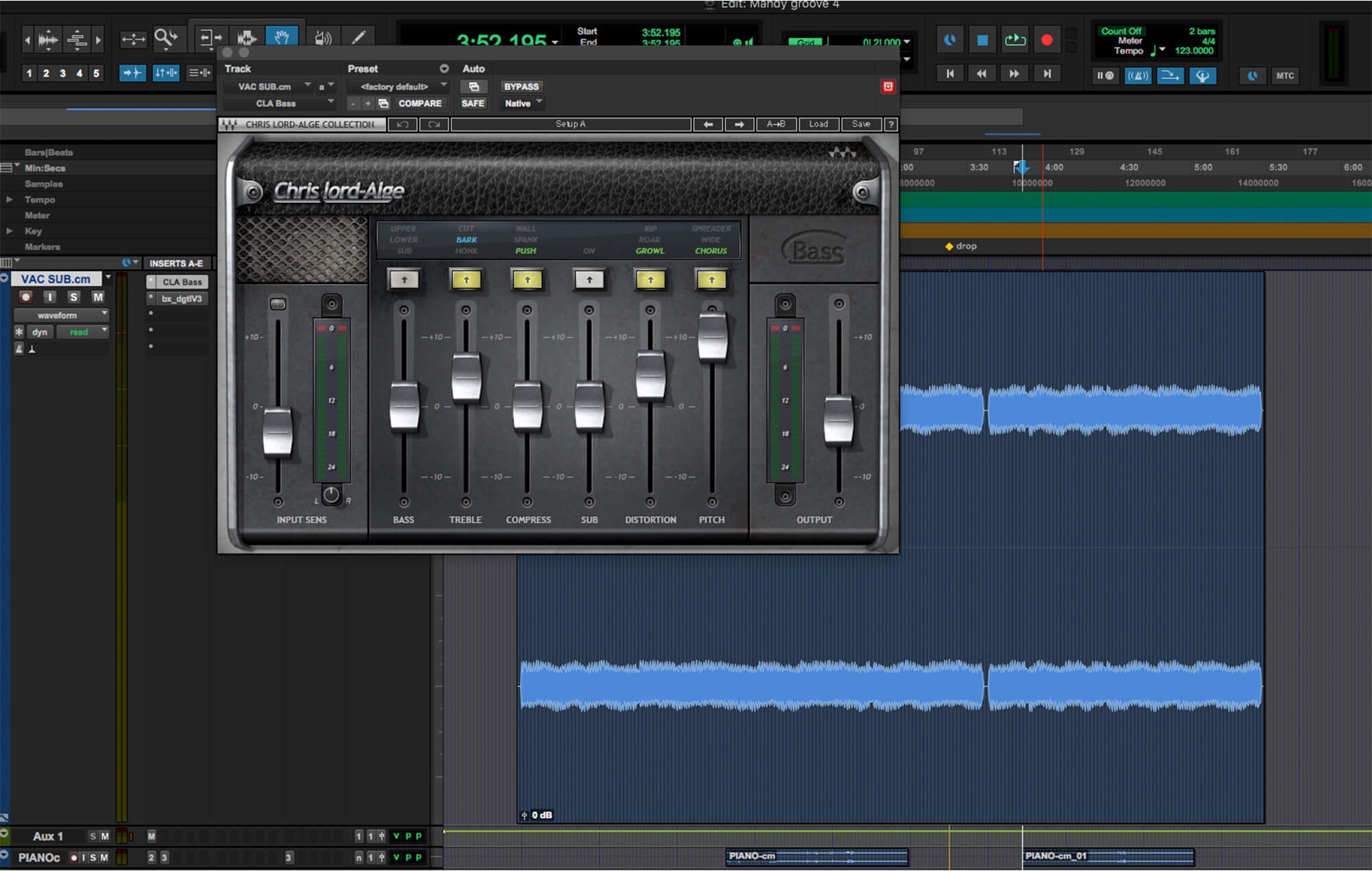 Which plug-ins would your new album Revelate not be complete without?

I used Output’s Movement a lot on Revelate. It’s one of those plug-ins where I can scroll through presets until I find one that’s close to what I want and then tweak it. It’s great on pads; it makes sounds much more interesting.

I also used the CLA bass plug-in a lot. I’ve had that for ages but hardly used it until recently. 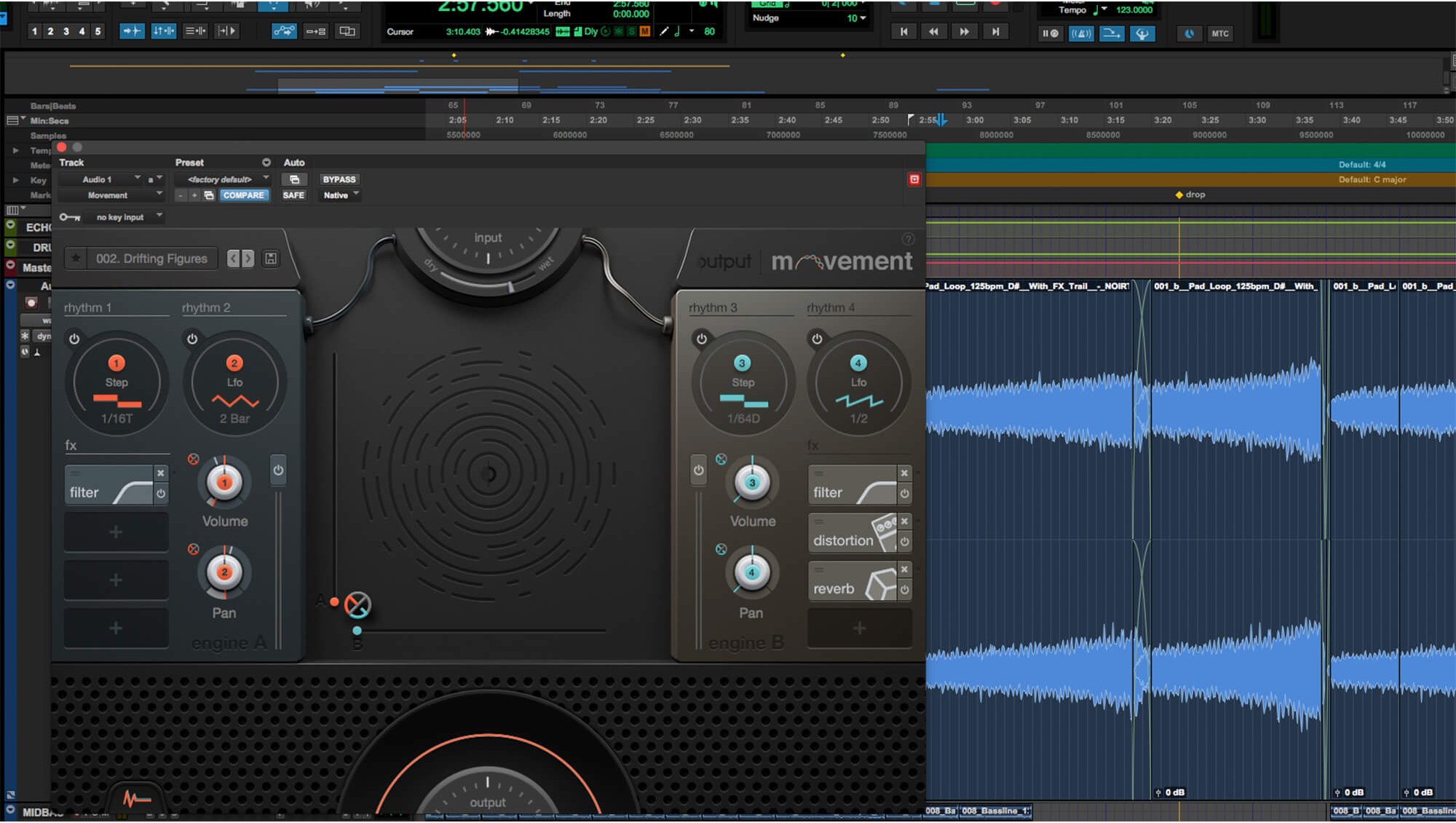 Are there any plug-in emulations you’ve used on the album that you actually prefer to the real deal?

I’m not a purist with that kind of thing. If something sounds decent, I’ll use it. I’m not gonna sit and A/B hardware and software gear to see which one is ‘warmer’ more ‘natural sounding’, whatever that means. And I’m usually gonna process the shit out of it anyway.

I unplugged most of my hardware synths when I moved from the UK to LA 15 years ago because there was too much stuff to ship, and I soon got used to working mainly in the box. I’m back in the UK now but never bothered plugging the old gear back in. 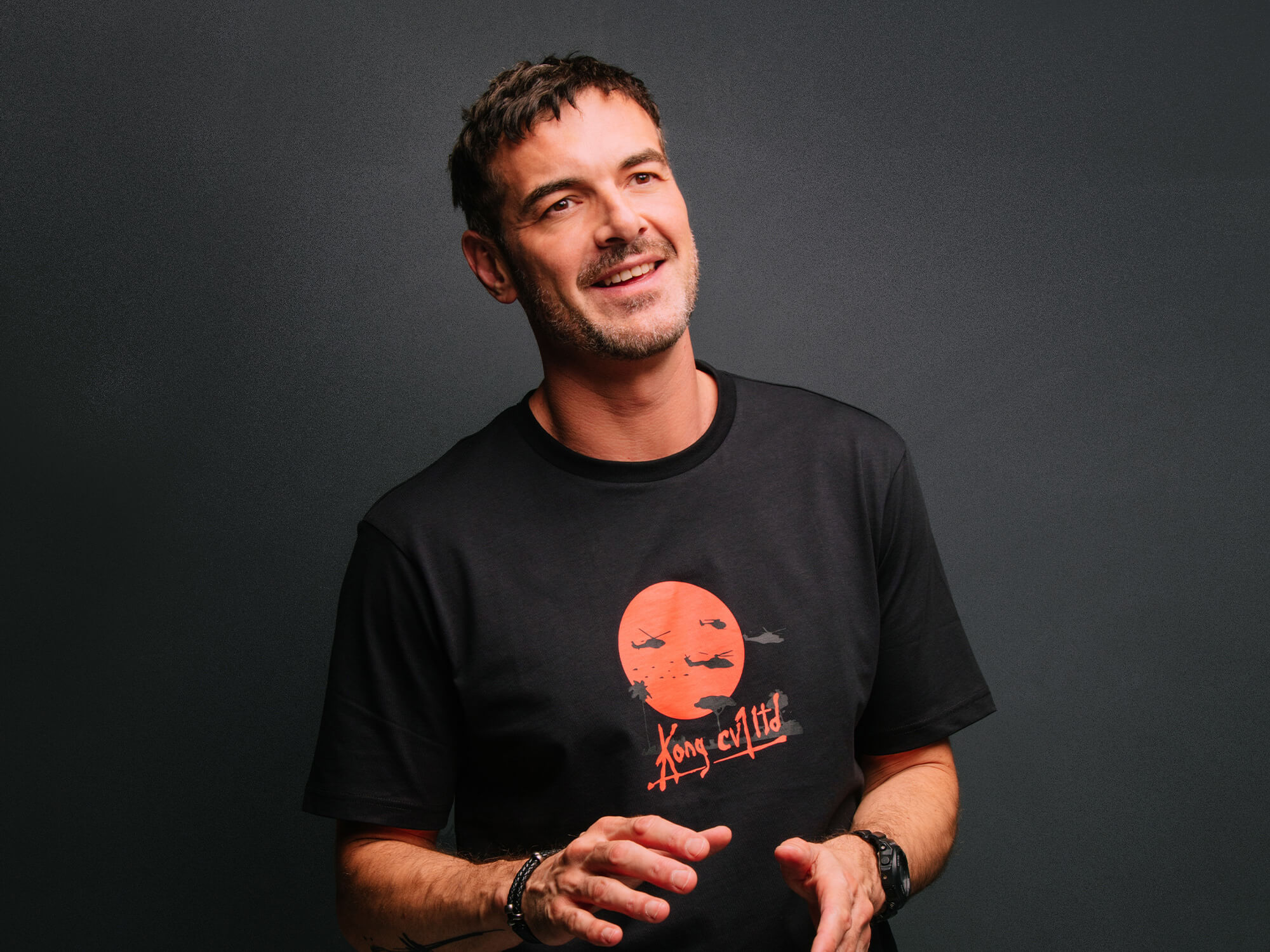 The only hardware I used on Revelate was the Virus TI and my SSL pre-amp.

One would be Line 6’s Echo Farm. I’ve used that plug-in on pretty much every track I’ve made since I switched from Cubase to Pro Tools, which was around 2001/2002. I also use the McDSP filterbanks on everything. 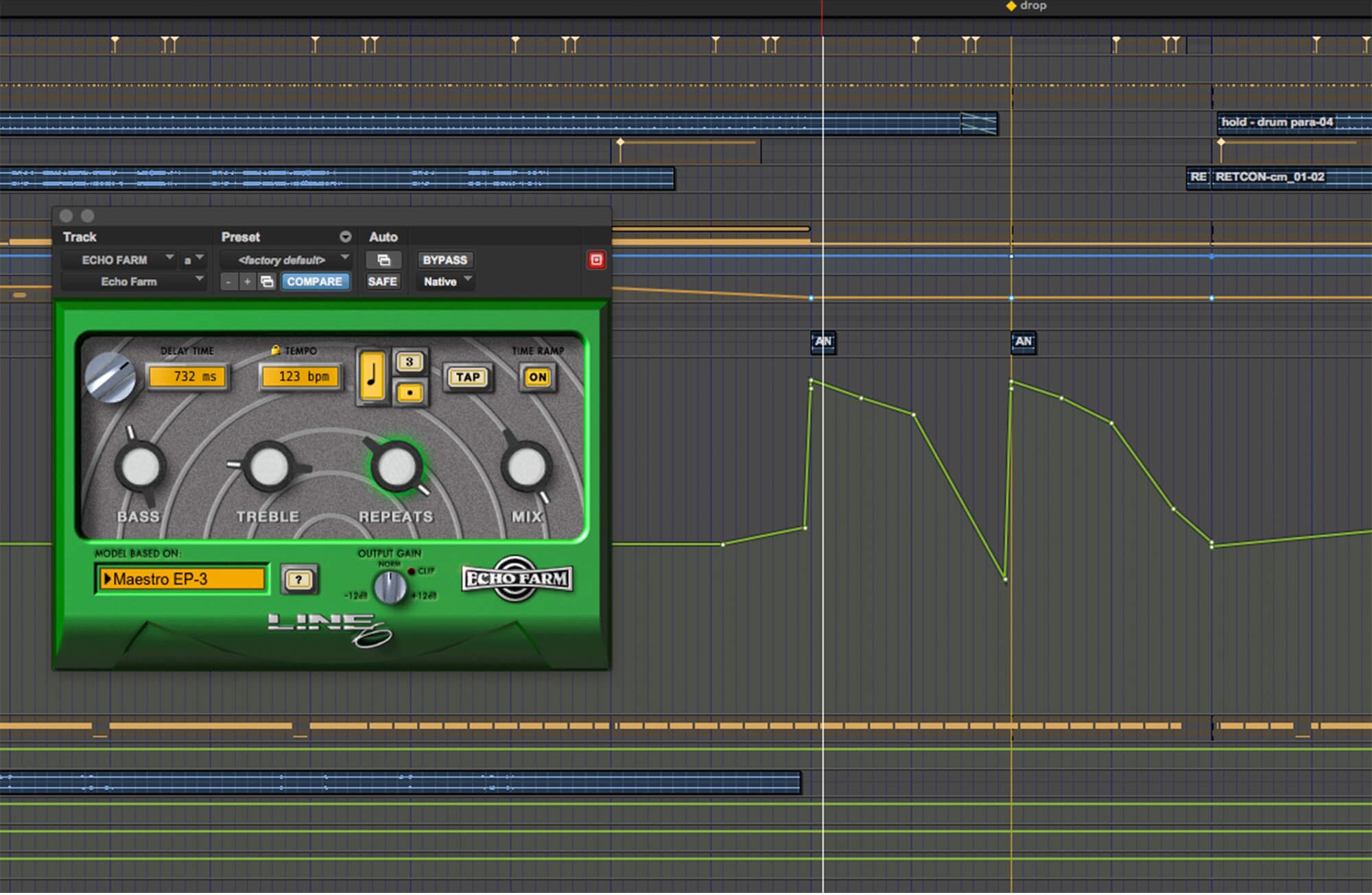 The Arturia Buchla Easel V. It drives me fucking nuts trying to program that thing, but it makes some unique sounds, so I have a love/hate relationship with it. I’m always waiting for the happy accident! 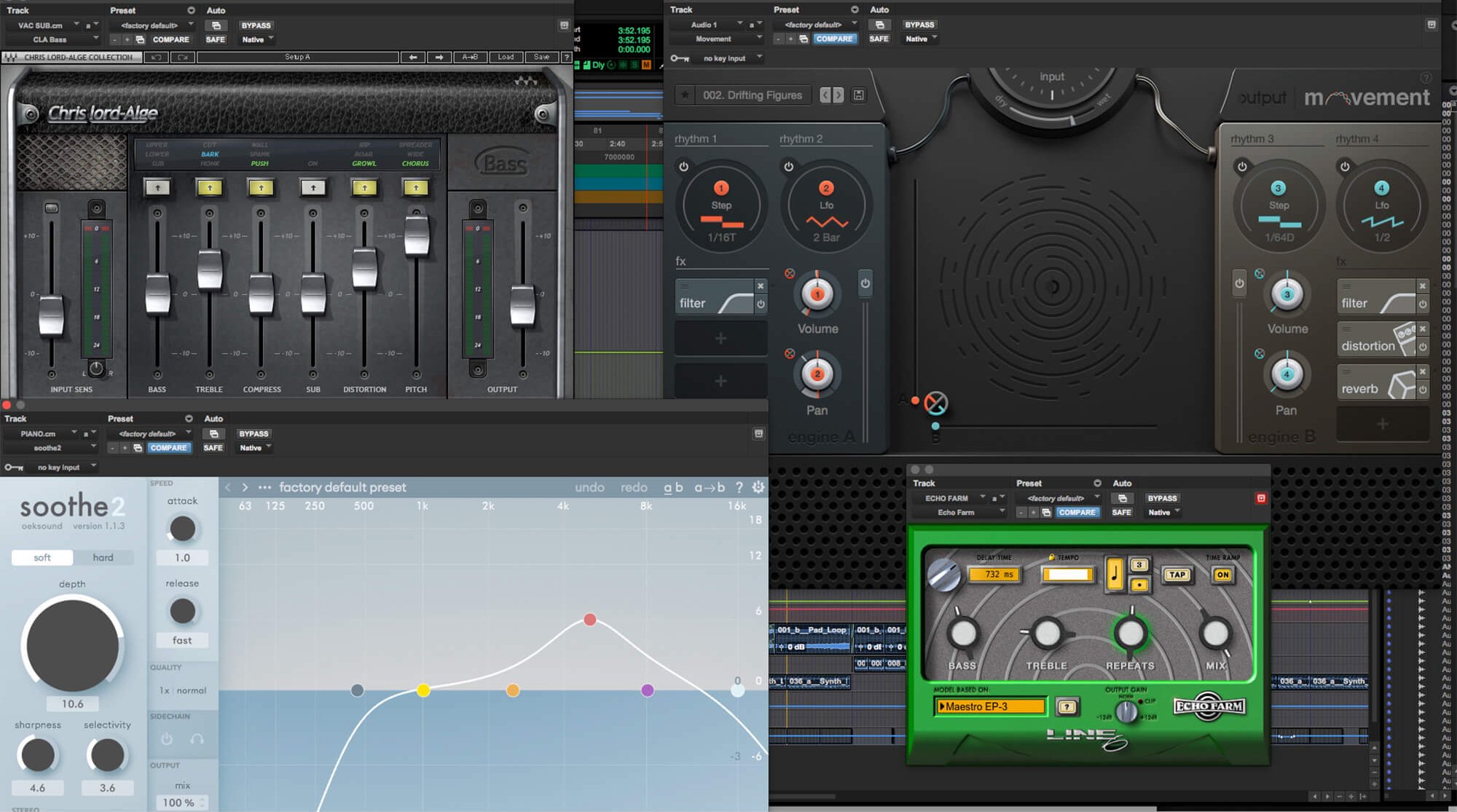 What advice would you give to producers embarking on the creation of an LP, now you have three under your belt?

Have an idea about how you want your album to sound and where you want to go with it before you start.

I had about 17 tracks that I thought were all contenders for Revelate and, although I loved some of the older ones, they just didn’t sit right with the rest of the album. Even if you’re making tracks in different genres and tempos, it’s important there’s an overall vibe to the thing.

Quivver’s album Revelate is available now. Listen to it on your preferred streaming service and purchase here.