Plug-ins I Actually Use: Kudu Blue

The Brighton-based band explain why they love iZotope’s plug-in suite and why Ableton Live’s compressor is their go-to. 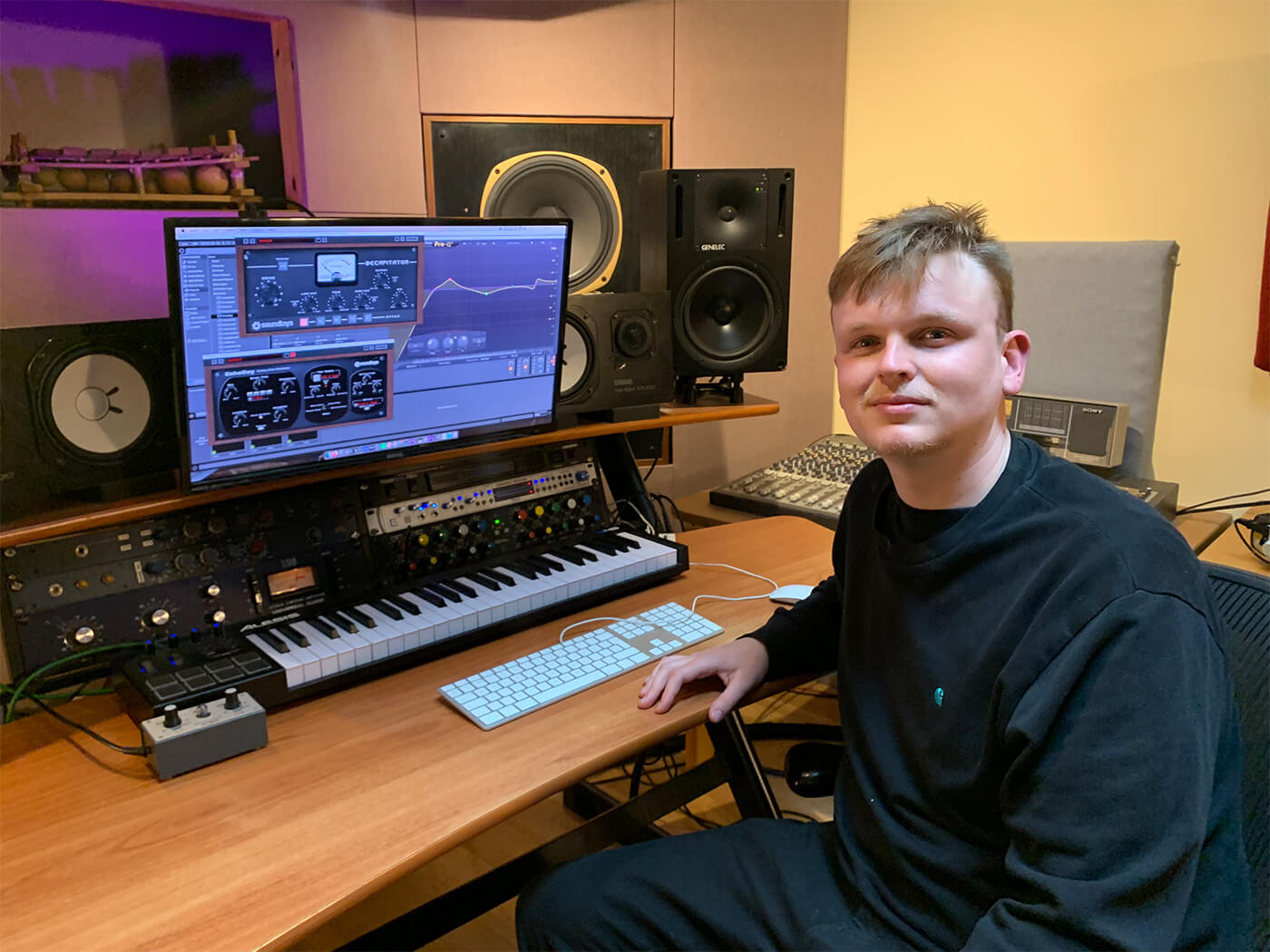 Kudu Blue’s melody-driven dance-pop has garnered support from Huw Stephens on Radio 1, Jamz Supernova on Radio 1 Xtra, and Lauren Laverne on 6 Music, as well as securing a BBC Introducing Track of the Week. Encompassing influences from trip-hop, reggae, garage and artists such as Bonobo, Four Tet and bicep, the Brighton-based group is gearing up for their fourth EP, KBVOL.4, this time honing in on euphoric club sounds.

We sit down with Owen, one of the producers in Kudu Blue, to learn why Super VHS’ Magic button is all you need, why Soothe 2 ends up on their master bus every time, without fail.

What’s your latest plug-in purchase? Was it worth it?

I recently bought iZotope Creative Suite, which was quite a big purchase. It contains quite a few plug-ins, including Neutron, Vocalsynth, Nectar, Ozone and some others. These are all great plug-ins, but I particularly like Neutron – it’s intuitive and takes a lot of hard work out of the mixing process. I love the mix assistant feature to get me started, and then I tweak away. I’ve used Nectar on quite a few vocal chains and have recently mastered a non-Kudu Blue track using Ozone, which got some good radio play. I feel it stands up well against traditional mastering methods. It’s definitely, worth it, I’d say iZotope makes my favourite plug-ins.

Robert Henke’s Granulator 2, which works inside Ableton’s Max for Live feature. This is a great granular synthesiser that lets me pull apart pieces of audio, stretch them, loop them, and really mess with them. I like loading previous acapellas from tracks I’ve worked on, and turning those vocal parts into glitchy pads and tuned notes. I also enjoy loading field recordings into it for some unpredictable textures. I used it to achieve some of the pitched vocal samples in our track Fire. 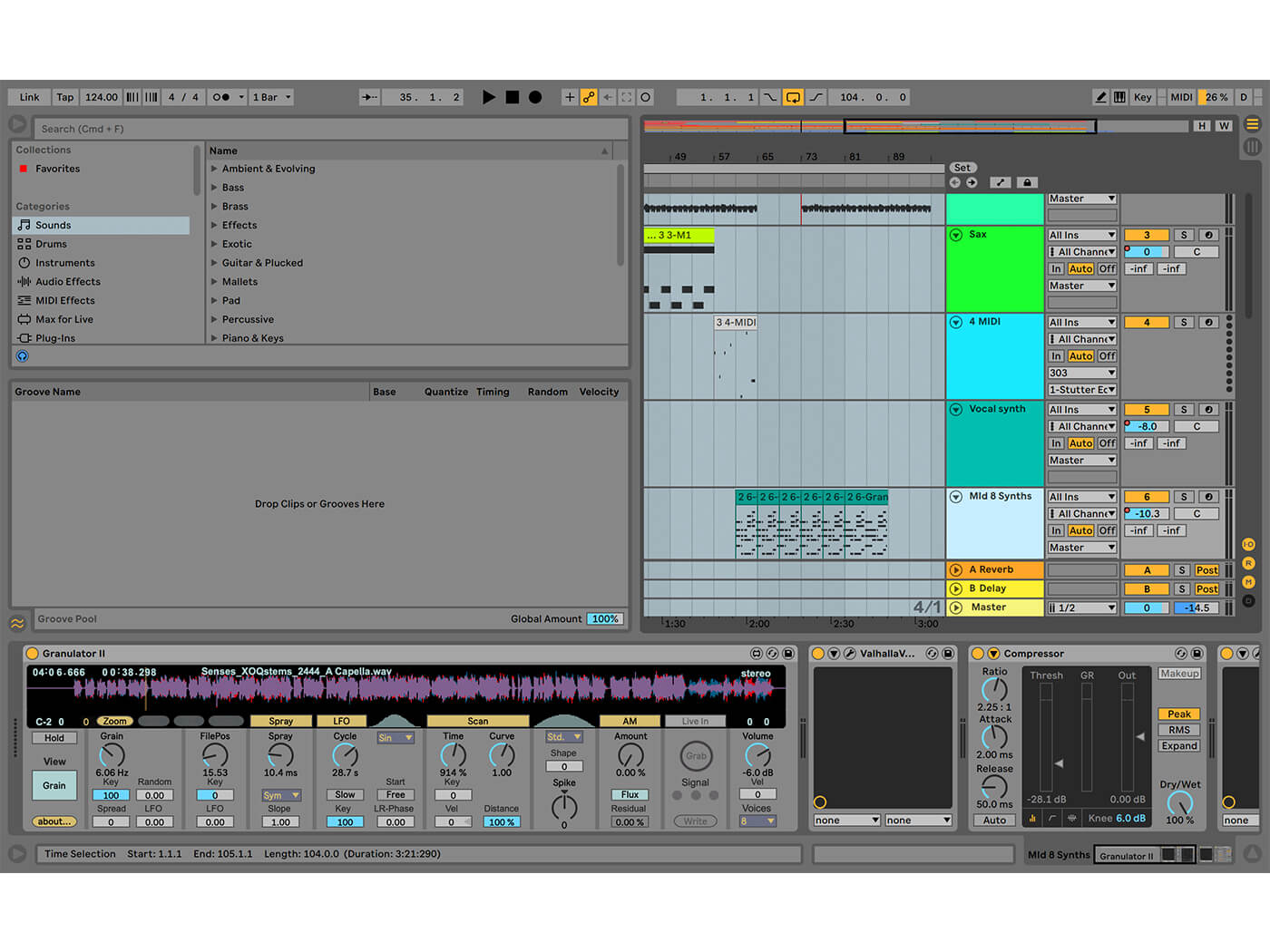 I’m really into 112db Mikron Cascade, which comes in at about £30. The premise of this plug-in is to turn anything into a drone or soundscape. It’s a massive, clean reverb that drenches everything, but without the harshness I’ve found on other long decay reverbs. There’s a nice modulation knob that just wonks it out a bit. I’m a sound designer for theatre outside of Kudu Blue and have found this plug-in incredibly useful for creating quick atmospherics. 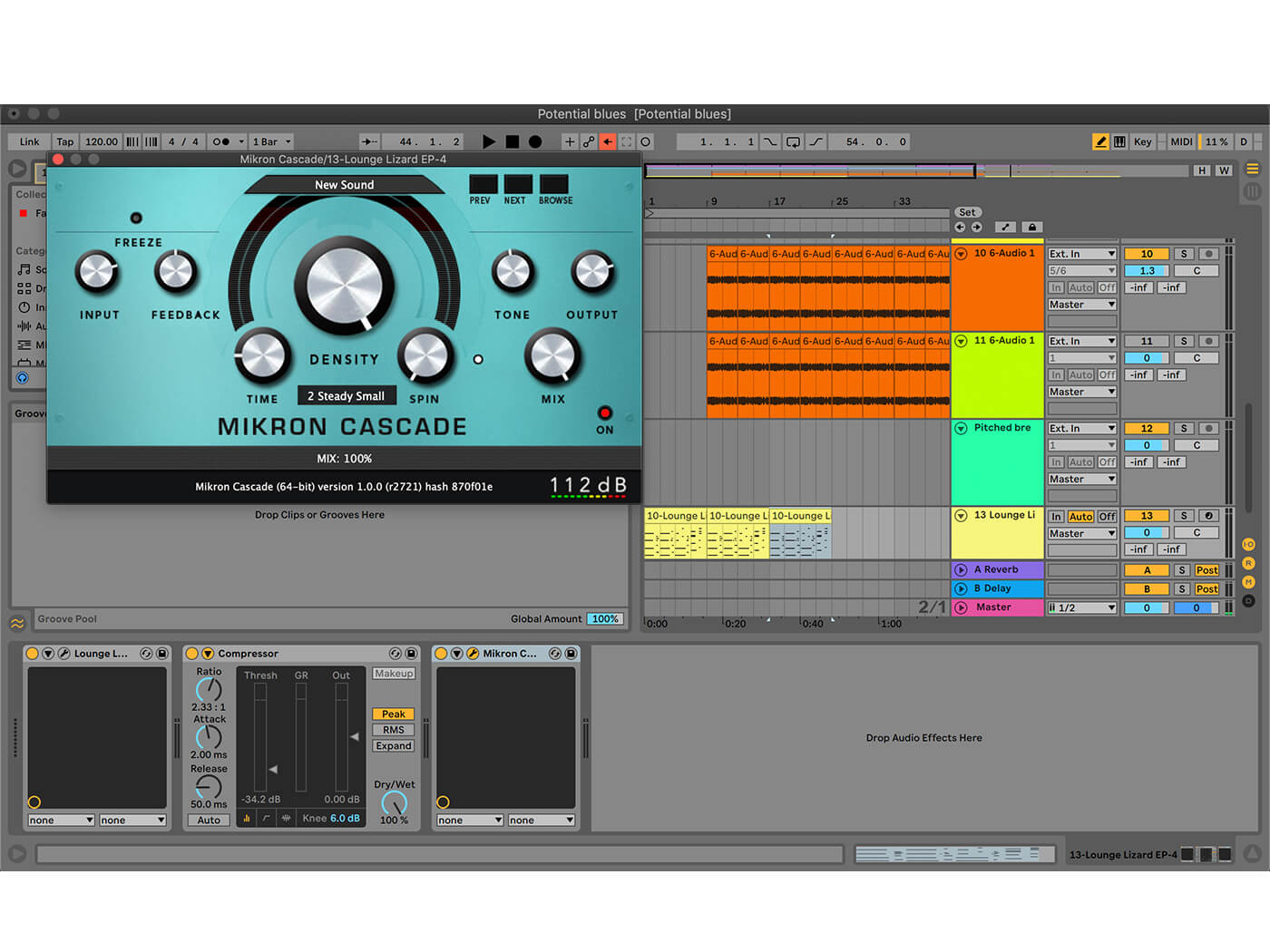 I recently forked out for the Soundtoys 5 bundle. I love them, and I think it was worth the 300 or so quid I spent on them. They just sound classy and have taken over from my previous go-to plug-ins. I only ever use the Echoboy and Primal Tap plug-ins for delays these days.

I often use Ableton Live’s Compressor for great and easy sidechaining. It’s what I use for all sidechain compression in our tracks. I think the ease of this feature is why I prefer it to other sidechain compressors. You can’t go wrong with a bit of sidechain! I also love the punch that the Glue compressor packs.

Whilst working on the track, I always have a Waves L2 on there and an Oeksound Soothe 2. The L2 makes everything sound fatter, while Soothe 2 removes harsh frequencies and generally makes for an enjoyable listen. I work a lot on my Shure SRH1440 headphones as I live in a flat, so that smoothness is really helpful. When mastering, I used to use a chain of Waves plug-ins, including SLL channel, CLA 2A, L3 Ultramaxamiser, plus a few others, but these days I mainly use Ozone and Soothe 2. 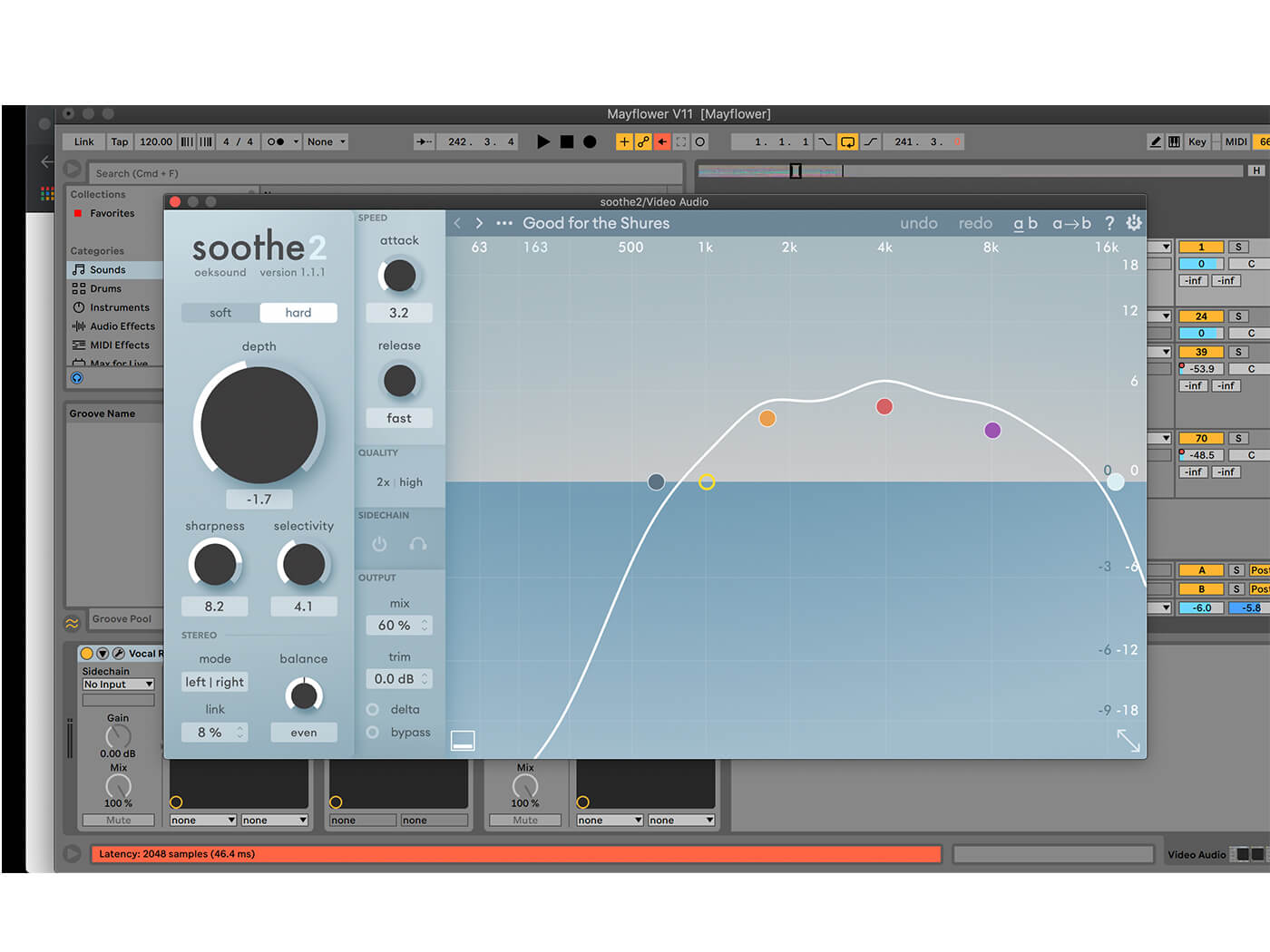 In your new track, Light On Me, which plug-in would it not be complete without?

I used Eastwest Play on Light On Me to create some convincing harp sounds. I subscribe to Eastwest Composer Cloud, giving me access to a vast range of its playable sample libraries for a small monthly cost. There are excellent strings and horns, and I love the world music instruments in EW RA; it’s essential for thickening out tracks and adding some strange and otherworldly textures. It definitely pays for itself with the projects I can work on, now I have access to a full ‘orchestra’!

Which plug-in is your secret sauce?

This has to be Soundtoys Decapitator. It’s a great distortion plug-in that sounds good on most effects chains. I mix it slightly into vocal tracks for a bit of crunch and thickness, and it also sounds fantastic on a drum bus. The punish button is incredible for complete destruction. I love it. 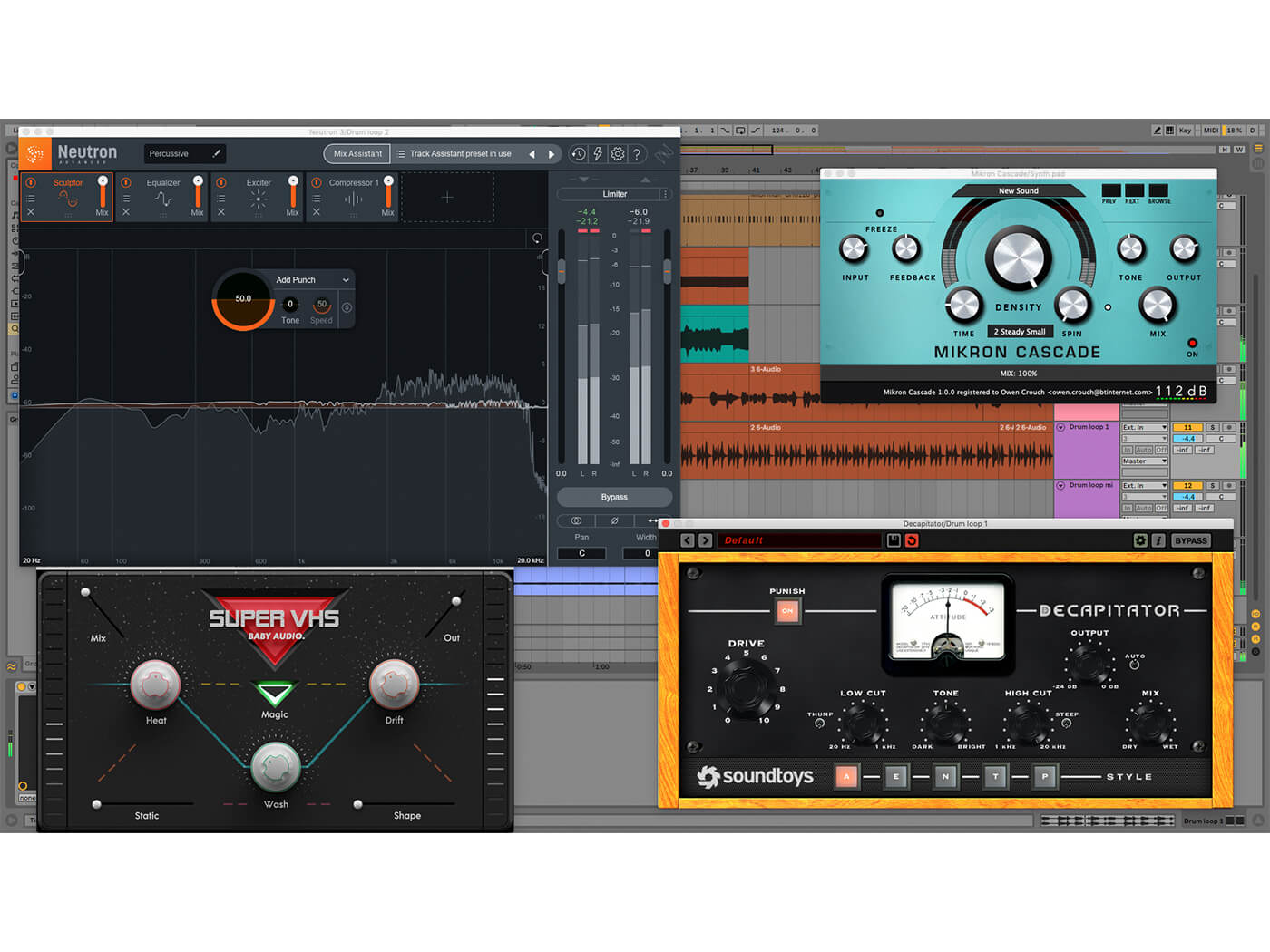 Baby Audio’s Super VHS plug-in. Yes, I am jumping on the nostalgia train a bit here, but I love this wonky modulating plug-in. It’s awesome for adding a bit of weirdness to a chain. I actually ran this on the master channel of one of our upcoming tracks and just subtly upped and downed the mix blend throughout. It makes everything sound like it’s underwater or a bit blurred. I love the layout of it too. I mean, it has a button that’s just labelled ‘Magic’. What more do you need?

iZotope Stutter Edit 2. I mean, it’s incredible. I’ve sat down and read the manual, watched videos, and I still find myself just jumping on the presets for quick inspiration. I promise one day I’ll get the knack of it. Not today. 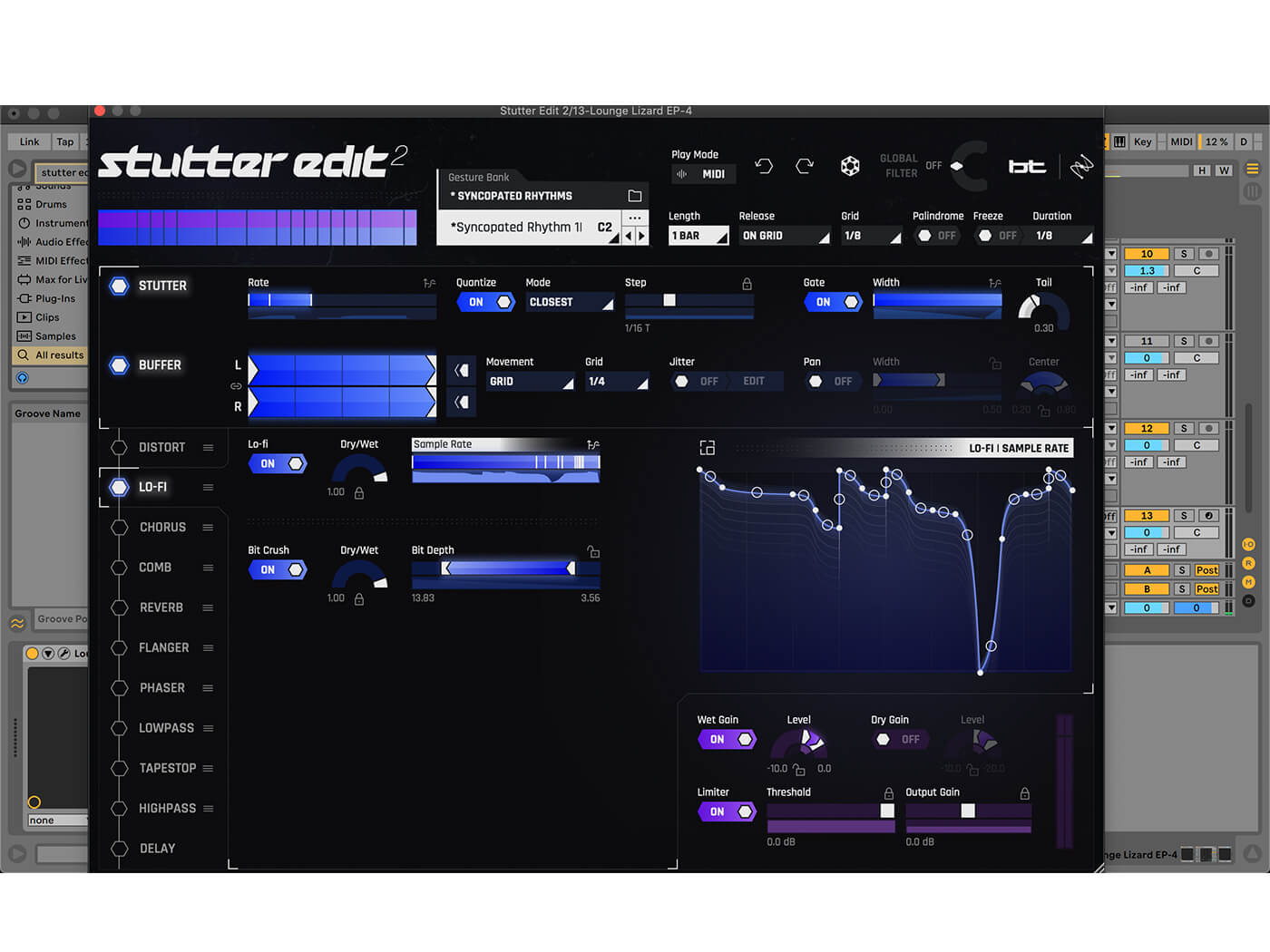