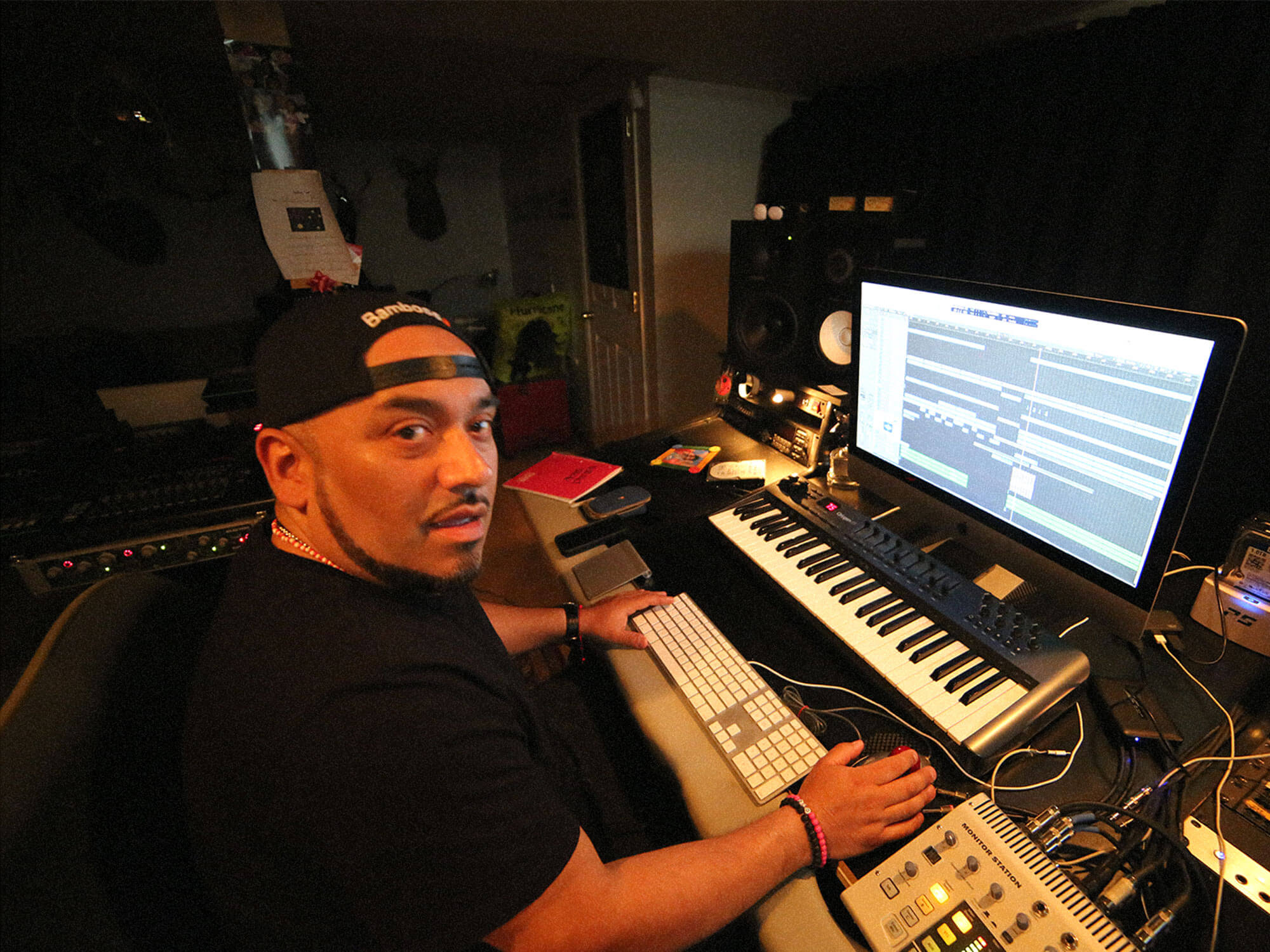 Plug-ins I Actually Use: Harry Romero

Harry Romero’s been in the game for over 20 years, but he’s certainly not slowing down. In the 90s, the house legend was sampling and remixing tracks from the 70s. Now, in 2021, he’s repeating the cycle, offering his own take on Fatboy Slim’s iconic 90s dance track, Everybody Needs a 303. With such a prestigious oeuvre – including releases on Hot Creations, Crosstown Rebels and Cecille – it’s no wonder Fatboy Slim enlisted the US-born producer to flip his classic acid house. Following the lead of Todd Edward’s remix of Rockafella Skank, Romero hasn’t shied away from audaciously pushing the track into new terrain.

He’s let us peek inside the project file to learn which plug-ins were vital in creating the remix. It might come as no surprise that the remix needed a Roland TB-303, but were you expecting it to be a plug-in? He tells us more, explains how he approaches remixing and why some hardware can’t be replaced and shares his top piece of advice for laptop producers.

Hey Harry! How did you approach remixing Fatboy Slim’s classic track, Everybody Needs A 303?

I wanted to stick to Fatboy Slim’s original idea and update Everybody Needs a 303 for today’s dancefloors. I originally had a different acid line but, after discussing with Norman, we thought it might be a good idea to use the original acid line. So he sent me the audio stem of his original. I re-created it with my 303 plug-in, and that’s what you can hear. If I’m dancing in the studio then I know it’s ready to go. I wanted to make sure my remix had moments that engaged the audience and brought the energy level up. 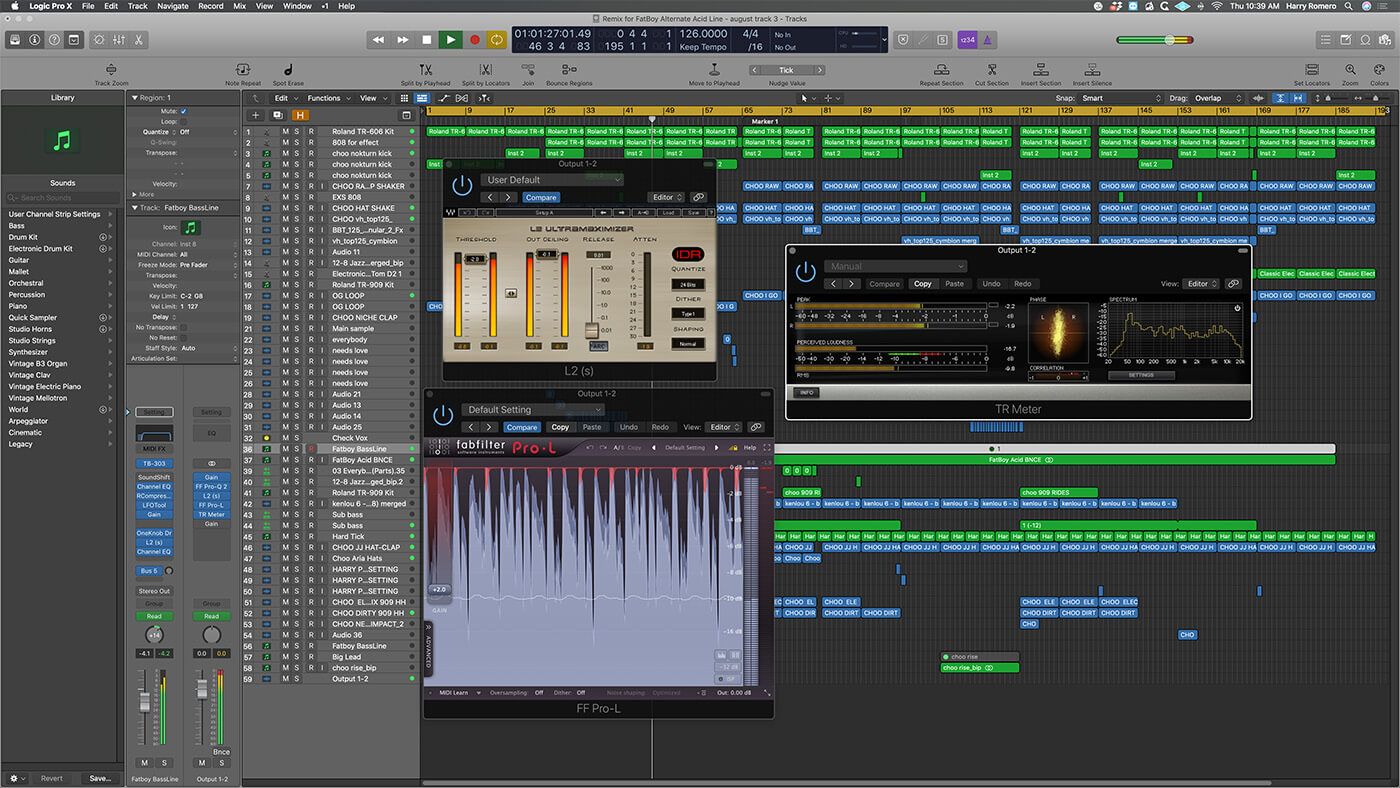 Why do you think Fatboy Slim’s song has stood the test of time in the house scene?

It’s stood the test of time because he made an acid line that wasn’t too far out or subdued. It sits perfectly in the middle, and it’s funny because you can pick the wrong line and it will sound totally cheesy. I just think that the original line was perfect.

Which plug-in would your Everybody Needs a 303 remix not be complete without?

I wouldn’t have been able to do the remix without the Roland Cloud TB-303. It’s the backbone of the whole track. 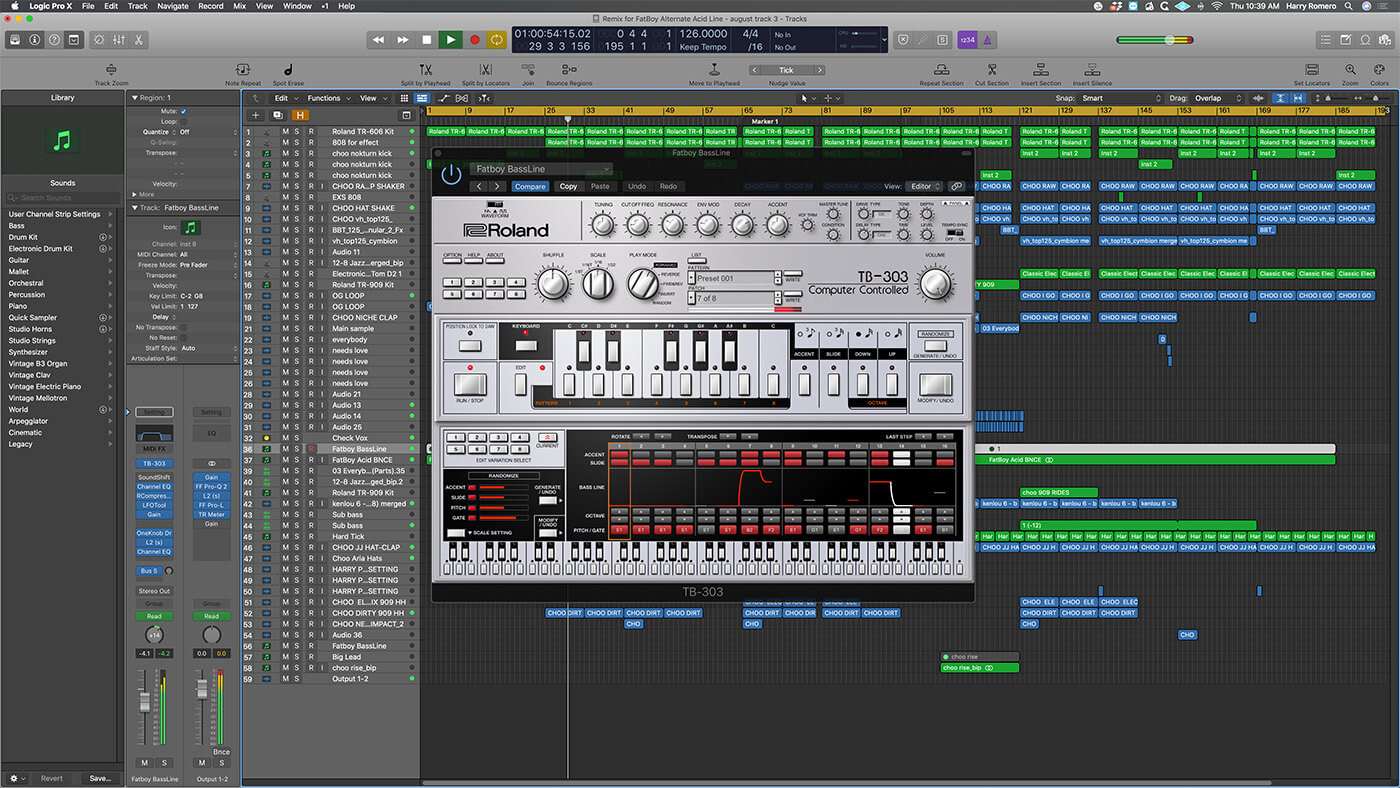 Your filtered sounds always sound so smooth in your tracks. Are you using any specific plug-ins, filters and techniques to achieve this?

Most of the time, when I use filters, I just use a basic Logic Pro EQ with a low-pass filter. I write the automation with a mouse, and if there are any parts that are a bit wonky, I’ll go in and fix them with the pencil tool.

Ozone 9 by iZotope. It makes everything sound better. The best place to start is with the presets and then tweak from there to fit the sonics of a track. It’s one of those plug-ins you put on and always manages to find something that enhances your music. 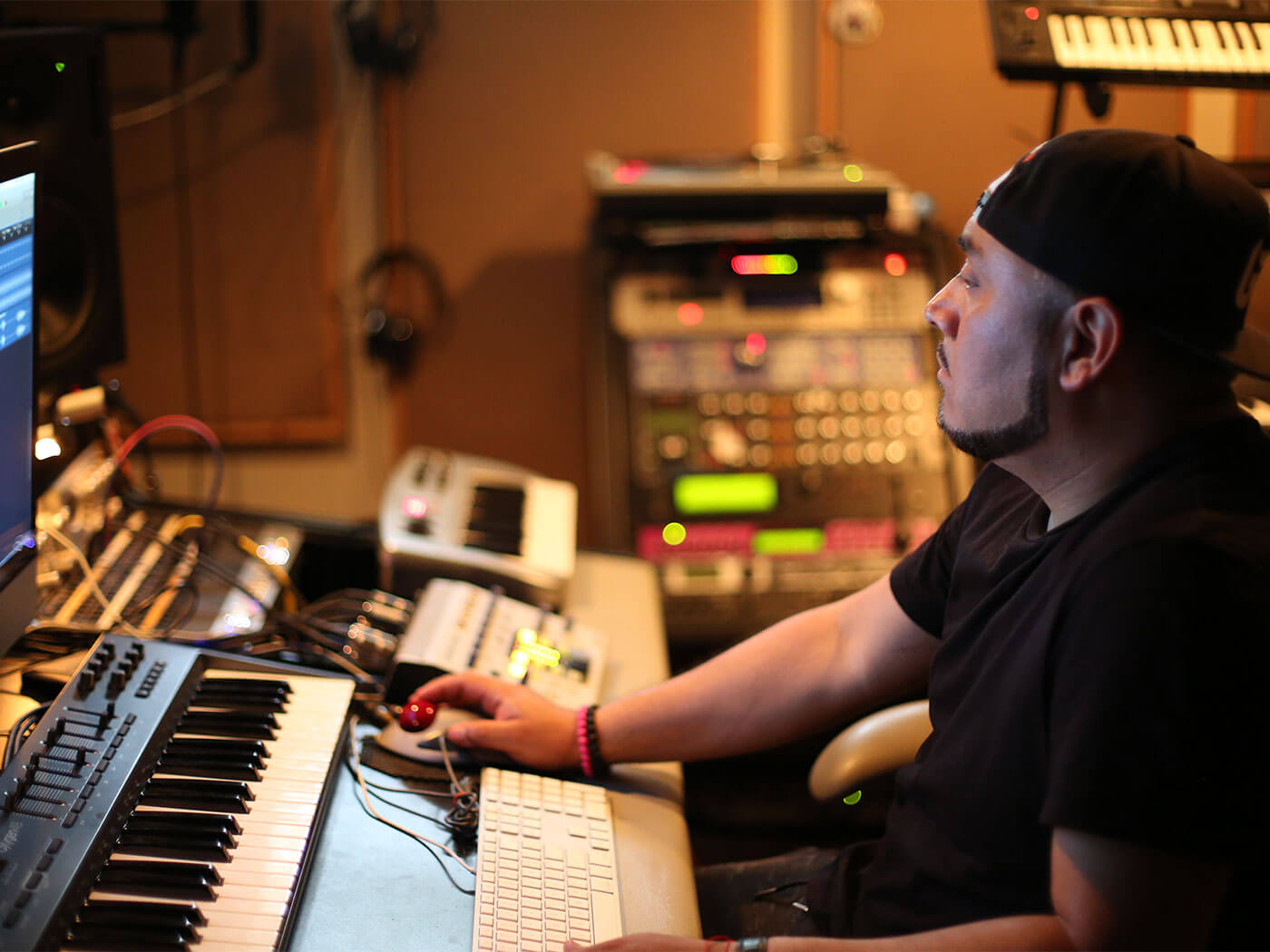 That’s a toss-up between Roland cloud and the Arturia V Collection bundle. Sonically, I can create pretty much any synth, bass or pad sound with these two bundles.

Some of the more expensive plug-ins I’ve purchased are by Universal Audio. I love its Distressers and its Neve emulations, and I use them in almost all of my tracks. They’re definitely money well spent.

Logic Pro’s Tape Delay. I create some cool stuff using that by automating its feedback. If you listen closely, you’ll hear it on 90 per cent of my tracks. 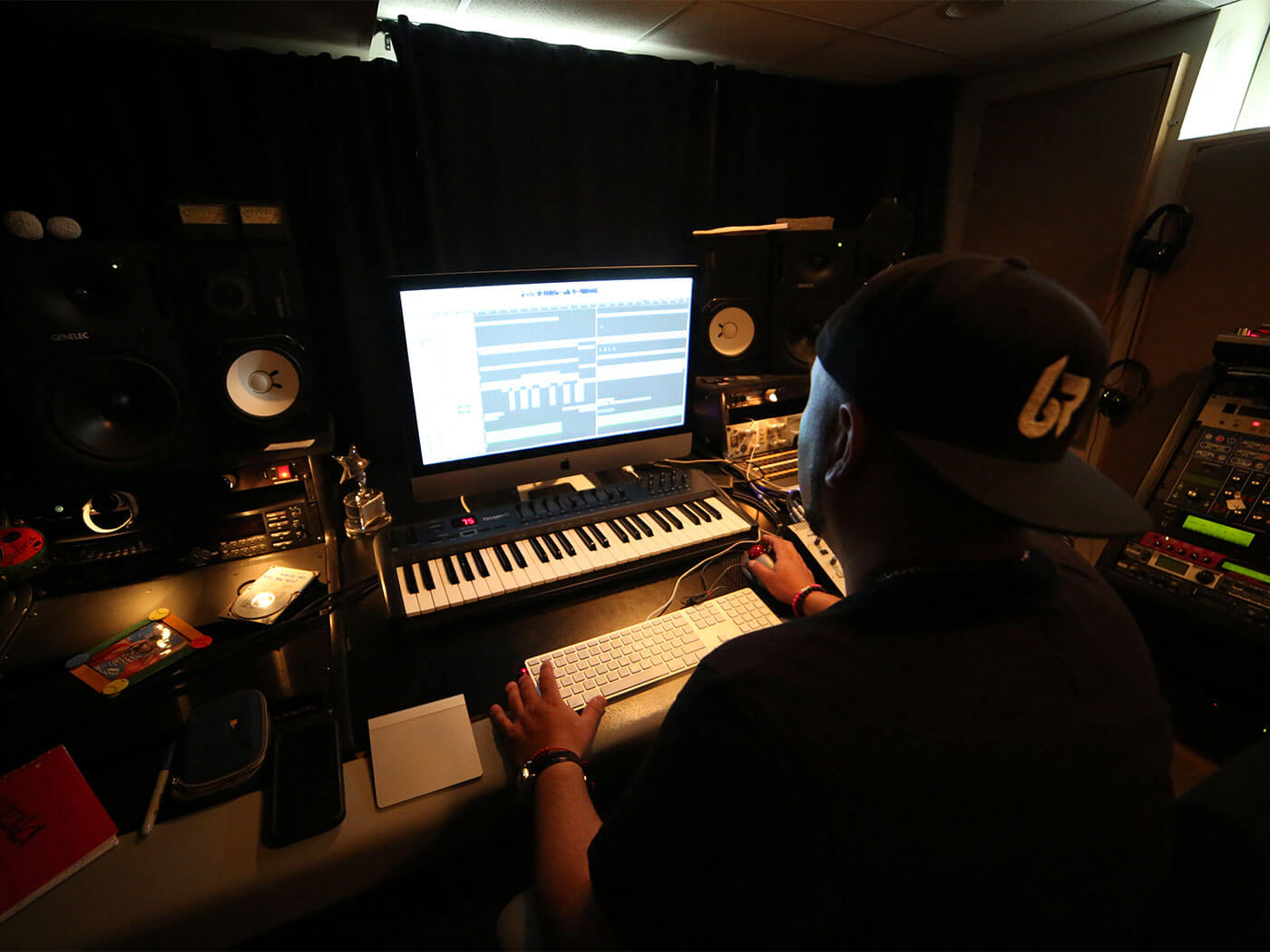 If I had to pick one, it would be Logic’s stock Sample Delay. I use it to widen sounds to give the track a wider, dynamic sound. I guess it’s not a secret anymore, so let’s keep that just between us.

The OneKnob plug-ins from waves are amazing in their simplicity. I highly recommend using them for those moments where, for example, a clap needs a little push in the mix. You put OneKnob Pressure on it. I just crank it and listen to the clap just sit on the track. That’s just one example of the many things you could do with the OneKnob plug-ins. 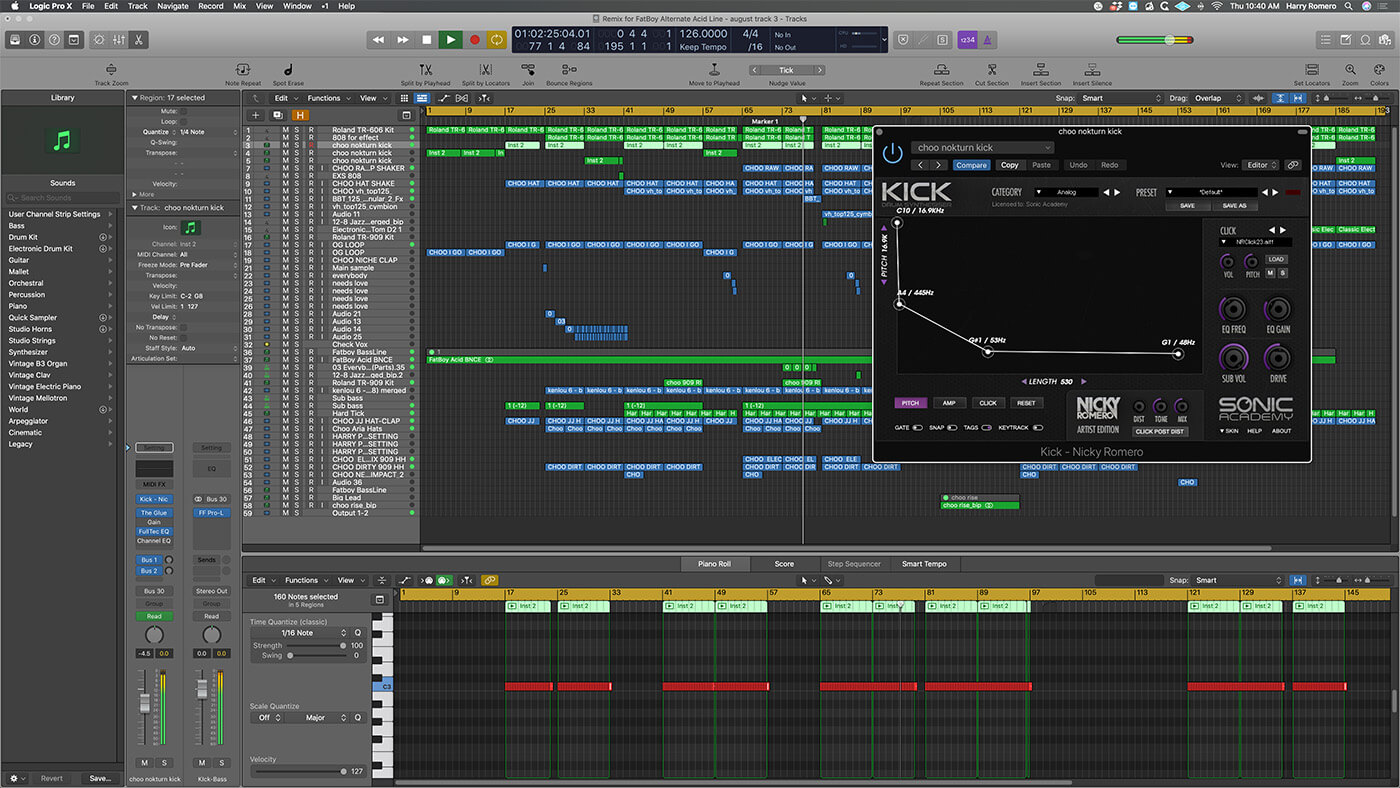 Are there any pieces of hardware that you think could never be replicated in a plug-in?

There is no way you can replicate a set of Neve 1073’s or 1084s. Some plug-ins come close, but to hear a great vocalist with the proper mic running through that piece of gear is like butter.

Although I have a general knowledge of compression and have been using it for my whole career, I don’t approach it in a mathematical way. I’m just using my ears. Maybe if I learned some of its math I’d be able to work faster than I do now.

What artists in the house scene are exciting you right now? 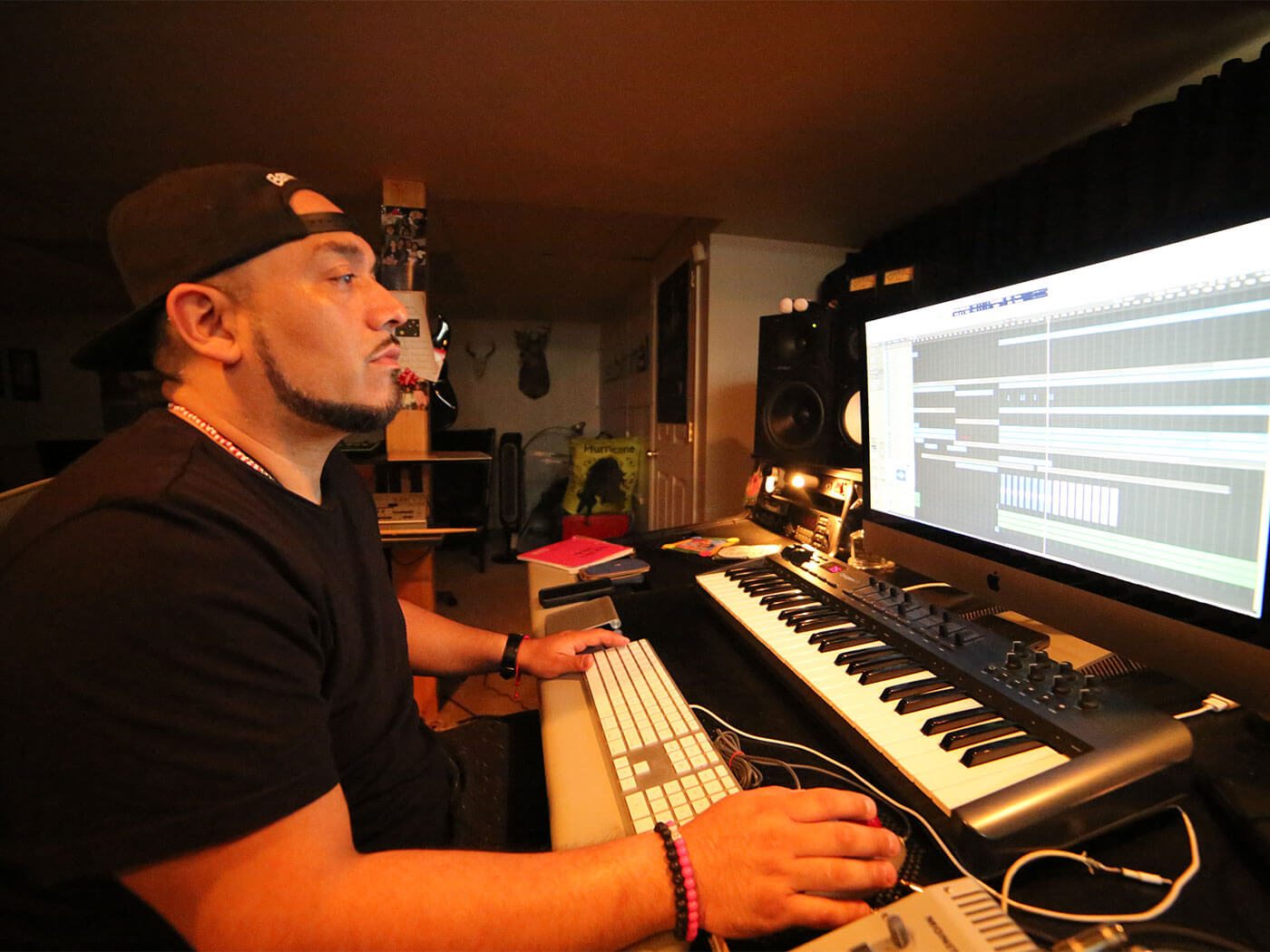 Do you have any advice for producers who are making music on nothing more than a laptop?

My advice has been the same for a long time. It really comes down to creativity. There is such a plethora of plug-ins and inspiring sound banks that there’s no limit to what you can do. My advice is to start with small ideas and work on them – we have so many options nowadays that making a whole track can be daunting. Make it about those baby steps and those small goals. Good luck!