Plug-ins I Actually Use: Felix Cartal

Following the drop of his fourth album, the Canadian producer explains why it wouldn’t be complete without iZotope Ozone and why Ableton Live’s stock plug-ins are on every instrument. 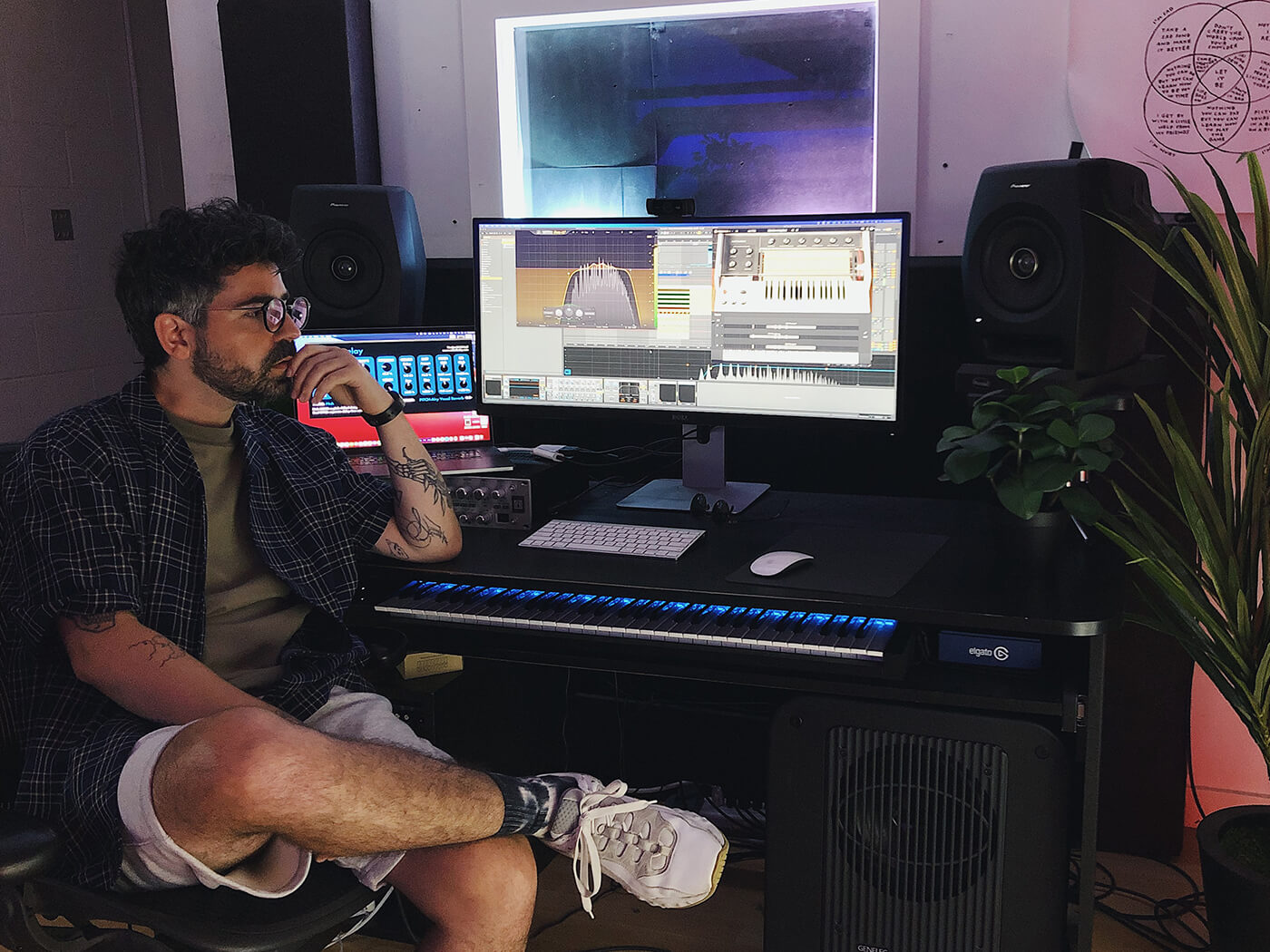 Considering Felix Cartal’s fourth album, Expensive Sounds For Nice People, has only been available for less than 50 days, it’s doing extremely well. Released on 25 June 2021, it has already amassed more than 60 million streams on Spotify alone, indicating that the Canadian producer’s work is clearly in demand. He’s been working tirelessly to make it so, though; he’s officially remixed tracks by Rihanna, Selena Gomez, Dillon Francis, Doja Cat, ZEDD and plenty more, and was included in Billboard’s list of 13 Dance Artists Who Dominated 2017.

So how does Felix Cartal create his pristine, dance-pop vocal chops and euphonious synth leads? Such high production value is often attributed to high-end hardware and extravagant recording spaces. However, Expensive Sounds For Nice People mostly relies on readily available software, including Ableton Live’s stock plug-ins and the ever-affordable effects from Valhalla DSP. Cartal elaborates on his favourite software in this edition of Plug-ins I Actually Use.

You’ve said Expensive Sounds For Nice People is part of the second chapter of your career. How has your creative process changed since the first chapter?

The name of the album refers to the amount of time and effort you put into the various sounds. How do you know when you’ve achieved the sound?

Saving multiple versions of a project is helpful – then listening to the versions as a playlist when I’m doing something mundane like cooking. If I don’t notice the difference between versions while cooking, I know I’m pretty close to just tweaking things that aren’t serving the actual direction of the song anymore.

Which plug-ins would the album not be complete without?

The biggest one was iZotope Vocalsynth because there’s a bit of vocoder scattered throughout the record. I also love the Arturia V collection, with special attention dedicated to the Mellotron. Arturia nailed the replica. 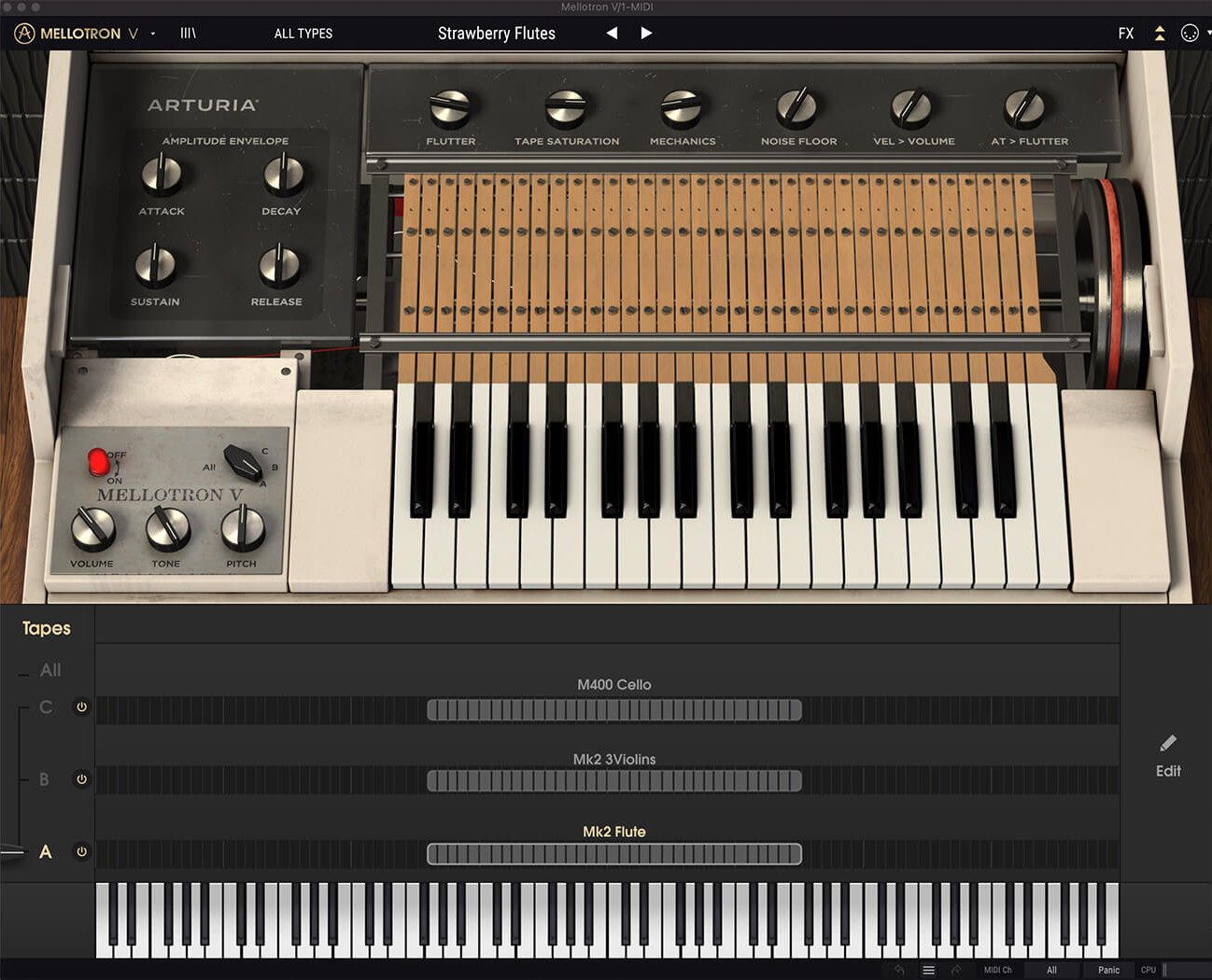 What does your plug-in chain look like for vocals, lead and backing?

It’s really simple: the less, the better. I’ll use Waves CLA Vocal for demo vocals and then I occasionally use it as a compressor if the needs a boost. But I’ll deactivate all the reverb, delay and EQ and do that within my own chain. Mostly VallhallaDelay and a bit of Ableton Live reverb (which I love). and some FabFilter Pro-Q 3 to boost specific frequencies if necessary. Nothing crazy.

My latest has been XLN Audio’s RC-20 Retro Color. I like using the wobble effect to make things feel older, and I’ve been experimenting with it on clean string sounds to make them sound more like samples.

What about the best free plug-in you own?

Honestly, I use the Ableton Live delay and compressor on almost every channel. So, if that counts, then definitely those two! 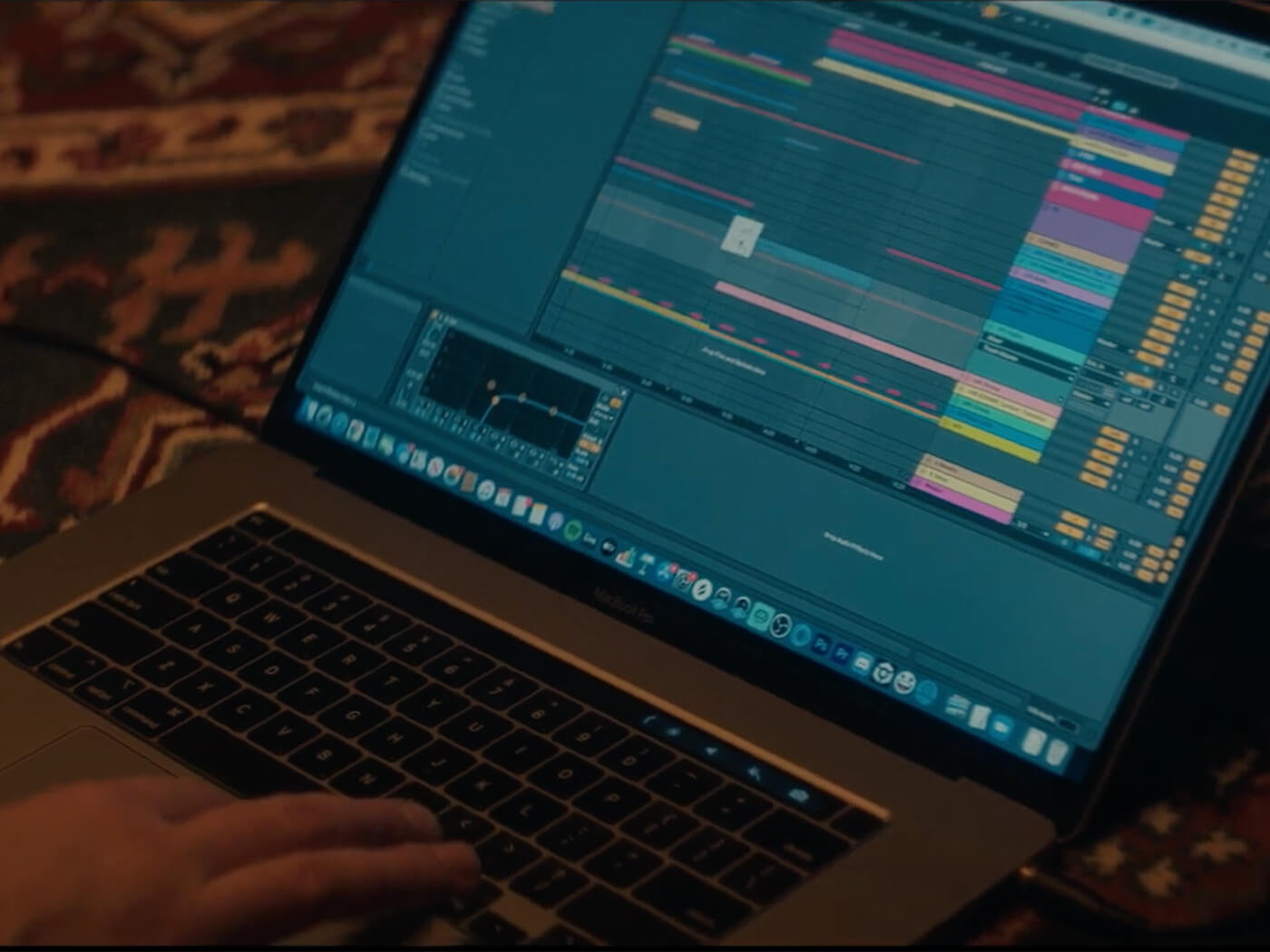 Valhalla Delay, hands down. I slept on this for a bit, like a damn fool. 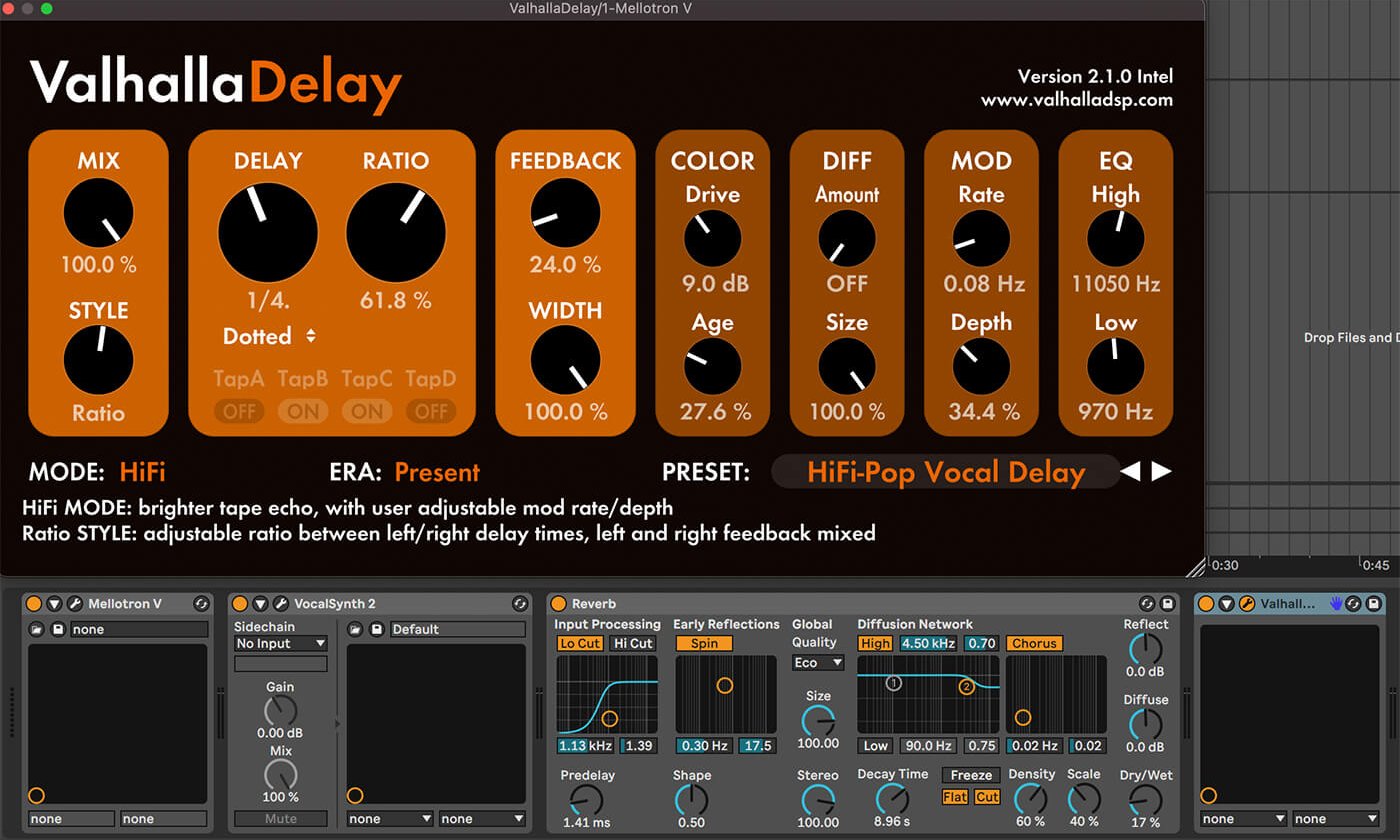 The Arturia V Collection. I love it. A lot of the stuff out there felt overly digital, so this was a nice contrast to making things feel a bit more analogue and organic, while still having the accessibility of a VST.

Ableton Reverb. I have a few custom presets that I’ve saved which I slap on things to help get a quick result. It’s not clunky at all, which is why I love it, and I can get results super quick.

Ozone 9. I try to keep it off for as long as possible while mixing, but at the end, I’ll always use it to glue the mix together. I actually mastered my entire album using basically just this plug-in. 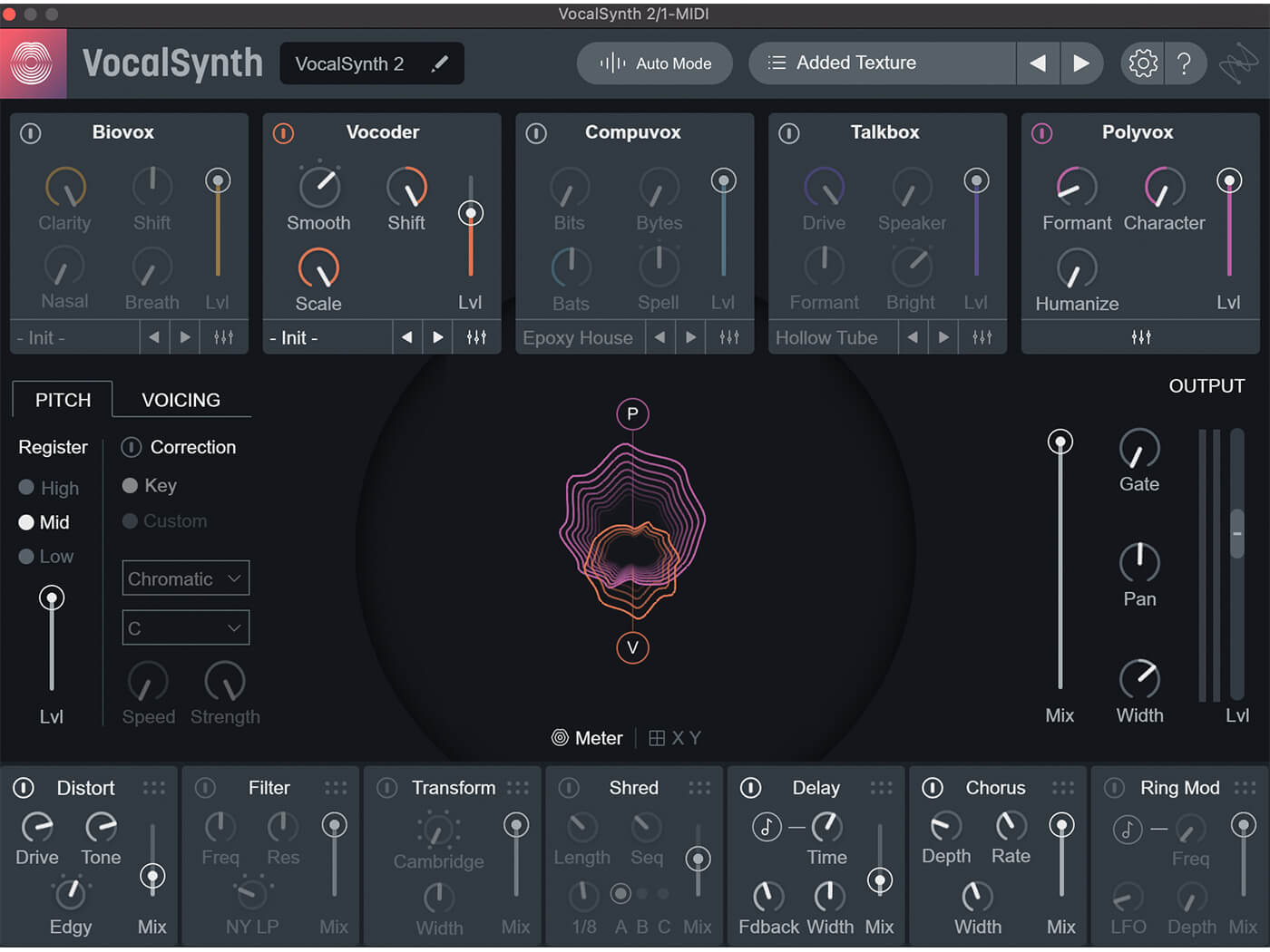 Sausage Fattener and CLA on every channel.

Endless Smile is so fun, especially if I’m trying to make stuff specifically for the club. 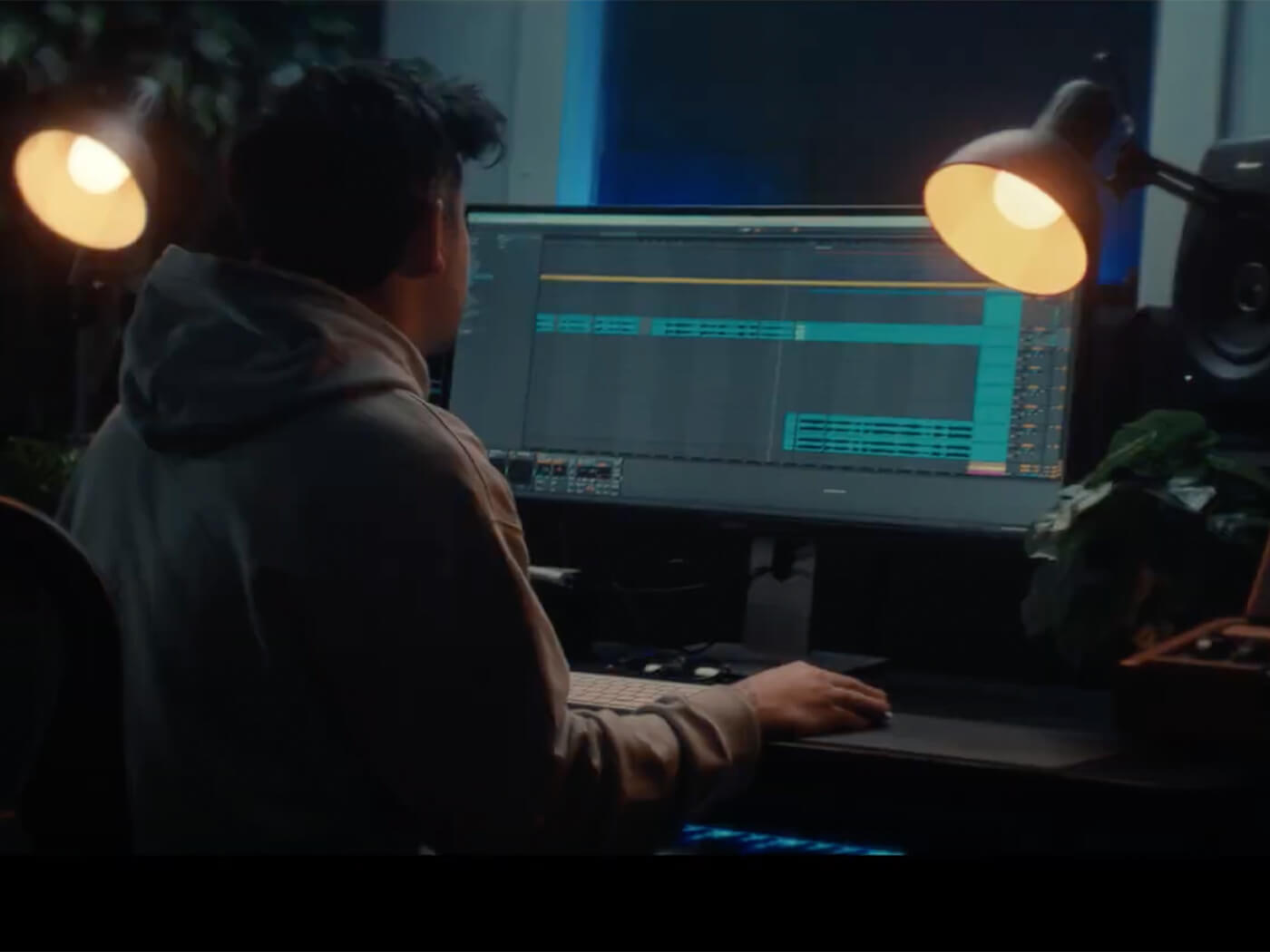 Probably Ozone 9 to a good degree. There are elements to it that I love and understand, but it also always adds some sauce that always makes me question reality and my ability.

Finally, for the producer’s looking to create their own albums, do you have any advice on when to know when an album is ‘finished’? How do you decide when it’s ready?

Consistency is basically all I preach now. If you don’t feel like you can listen to the song over and over again, cut it, and work on the next one. All the best albums are listenable from front to back without skipping, so shoot for that if you’re making one.