In our final Rewind celebrating 45 years of Yamaha synths, we look at a digital synth that featured one very analogue control… 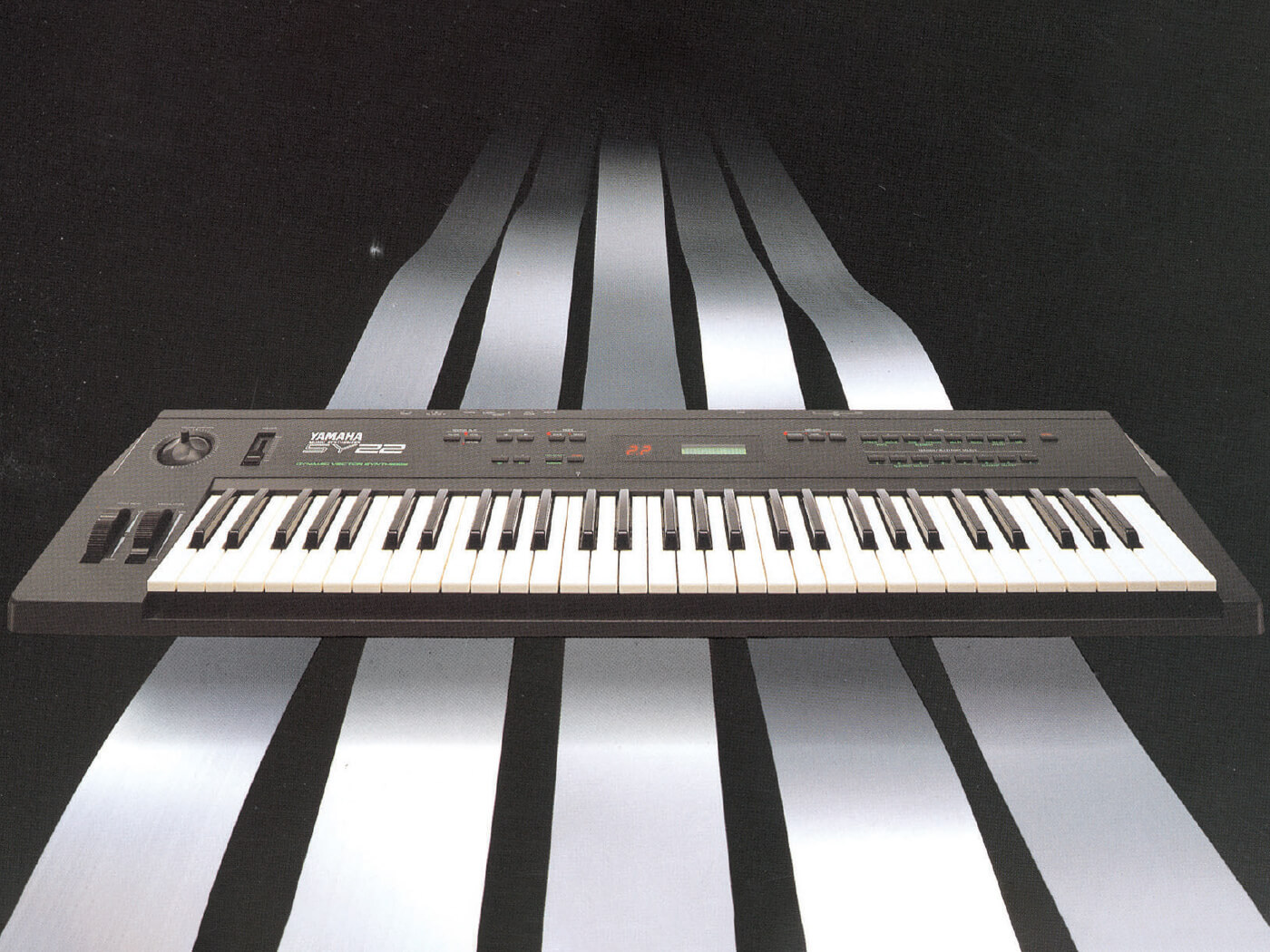 If you were born in the late 60s or early 70s – aka the wrong time – you’ll have been too young to properly enjoy analogue synths the first time around. And now that we all have access to cheap and powerful analogue machines, perhaps, like me, you are too old for those pop-star ambitions (just!). Yes, I was born either too early or too late to enjoy analogue to the full – and when I was old enough to actually afford a synth, it was a fallow and digital time in the history of the instrument.

In the late 80s, there was the Holy Trinity of the Roland D-50, the Korg M1 and the Yamaha DX7 to choose from, but the reality was that all the newer digital synths of this time were starting to look – and sound – the same. Yes, they did everything – sequencing, real sounds by the bucket-load, effects and more – but all they were really doing was recreating instrument sounds and putting the actual synthesis part into second place. (There would be menus aplenty to synthesize sounds, yes, but these would involve cursoring around – and cursing – via a tiny LCD screen to find the parameter you wanted.)

By 1990, I’d already experienced the joys of these digital synths and the full workstation appeal that they could offer, so I wanted something with a little more hands-on control and a little less slogging through pages of digital menus. Like I say, though, this was years before the (then virtual) analogue revival and the only thing I could find was a synth with its very own joystick: the Yamaha SY22.

The SY22 featured Vector Synthesis – first developed by Sequential before Yamaha bought the company – and this joystick was in control of it, very much used to morph between the levels, tuning and other parameters of four sounds on an X/Y pad. The keyboard itself was the much (much) smaller sibling of the now very fondly remembered SY77, a synth packed with features that took the workstation concept on a few levels. The SY22 featured much less, including zero filtering, but the same sample meets FM synthesis, although it ‘hid’ much of the FM synthesis action from you. I didn’t mind that.

The SY22 very much took you to the heart of synthesis – changing sounds with hands-on control – in a way that only a synth from the early 90s could. And without bluffing you with endless pages of information, sub-menus and options, you could pretty much get away with producing these incredible morphing sounds, without knowing – very much in my case – what you were actually doing. At the time, I thought I was the king of performance synthesis, but my fading memory tells me that I was probably just a second-rate court jester.

Not only did it have this joystick as its not-so-secret weapon, the SY22 boasted eight-part multi-timbrality, digital effects and 256 presets, so you could pretty much wrestle complete tunes from it, although its 16 notes of polyphony did rather limit you – they’d pretty much run out after maybe just four simple parts had been sequenced via MIDI. However, that didn’t really matter as, in my mind anyway, I could record that simple sequence and, using the joystick could simply morph and Vector away all day. The crowds – the then ravers and Acid kids – would surely lap it up in an analogue kind of way. And I am not the only person who has made this ‘analogue’ link…

The synth expert and writer Simon Trask, who I would go on to work with a couple of years later, reviewed the SY22 for Music Technology magazine in 1990 and said: “The SY22 can produce all manner of wonderful effects and synthesized sounds, which are variously full-sounding and tight and punchy, even with a powerful analogue-ish quality which we’re not used to hearing from Yamaha synths.” So as well as the SY range being the forerunner to the huge Yamaha workstations we now use, you could also argue that this little, largely forgotten synth was actually a digital side-note in the analogue revival we are enjoying today.