What do Robert Moog, Bernard Herrmann, The Beach Boys and a Russian physicist called Leon have in common? The answer is blowing in the ether. 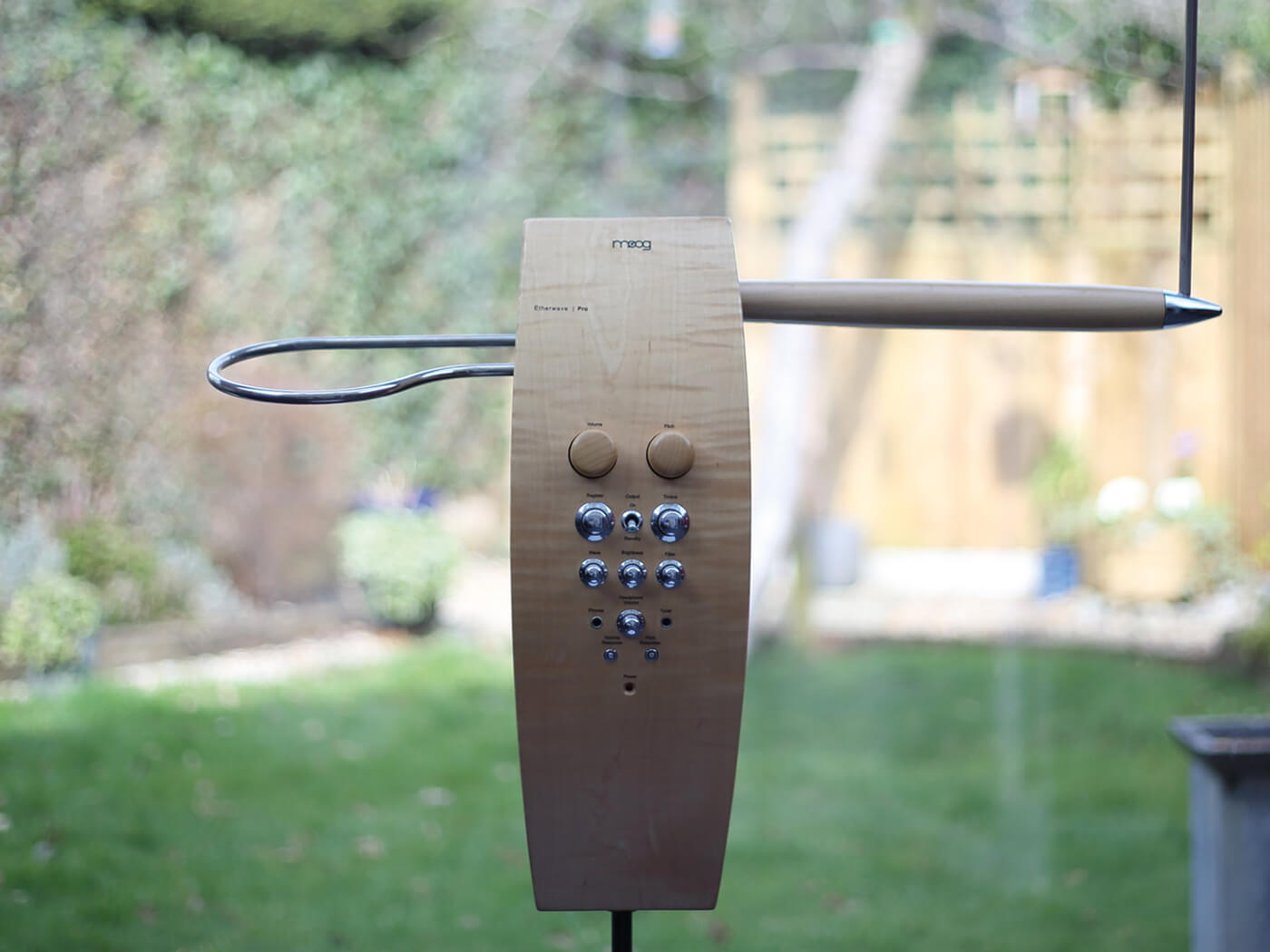 The Minimoog. The TR-808. The Wavestation. The history of electronic music is littered with legendary instruments. Some, however, have disappeared without trace, drifting into the abyss of unsuccessful commercialism after promising starts. Others still have become cult classics, still championed by a faithful following determined to keep the dream alive.

About 100 years ago, Russian physicist Leon Theremin was working on a device made to measure the dielectric constant of gases. He connected a basic oscillator to the device as a way to measure its findings via audio feedback, and found that, as he moved his hands closer to the device, it altered the pitch of the connected oscillator. This accidental discovery inspired Leon to try and recreate recognisable melodies via the warbling oscillator, all while his lab colleagues looked on in wonder. This was the first incarnation of an instrument first known as the Etherphone. The technology was also exploited by Leon for use as a security motion detector, known as the Radio Watchman.

Upon realising that the device had real musical potential, Leon refined the design. More interest and demonstrations followed. In 1922, he was invited to the Kremlin to demonstrate the instrument for Lenin. Five years later, he showed it off to Albert Einstein in Berlin. 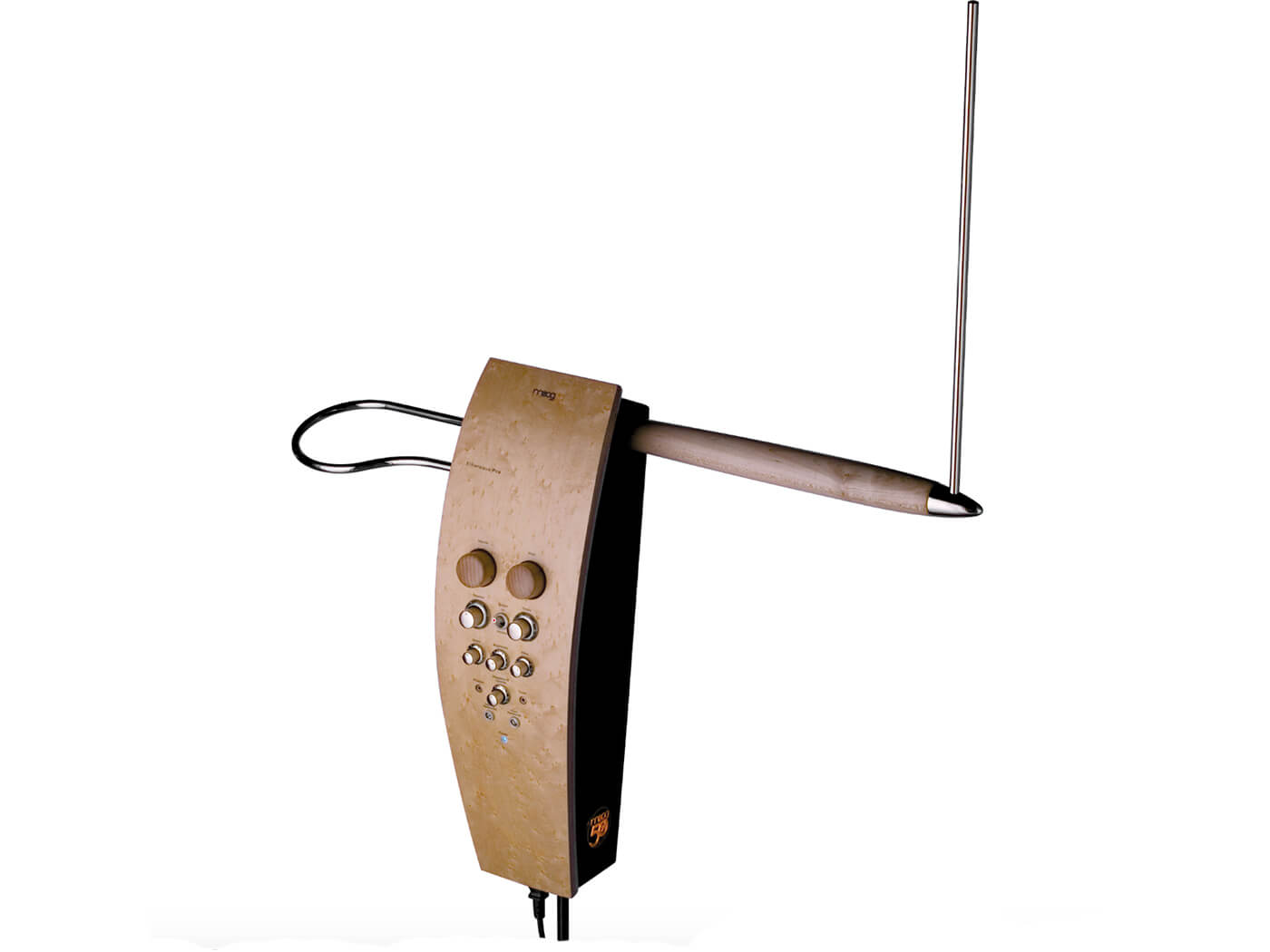 The instrument was renamed several times over, and was known in Germany as the Thereminvox. But it was the US branding that stuck – and so the invention took on the name of its creator, Leon Theremin.

The Theremin is a monophonic instrument that involves the use of two antennas, one used to control the pitch, the other the volume. It holds a unique distinction in the world of music in that it’s the only instrument that you play without actually touching it. As such, it was initially marketed as a universal instrument for all, from which melodies would flow via a simple wave of the hand.  But it quickly became apparent that the Theremin is extremely difficult to play, not least due to its lack of reference point for pitch. Leon Theremin was a cellist, which might explain why he was so able to grasp the technique required to perform with his instrument.

In 1930, a landmark performance of 10 Theremins took place at New York’s Carnegie Hall. Placing so many of these instruments in close quarters presented a problem for left-handers. Given the arrangement of the instrument’s antennas – with the pitch typically controlled by the right hand and the volume by the left – it meant that lefties’ gestures might interfere with their adjacent right-handed counterparts. The solution was to swap their Theremins around so that the antennas were reversed, and situate them at the end of the row of players, so that their hand gestures would not impede others. 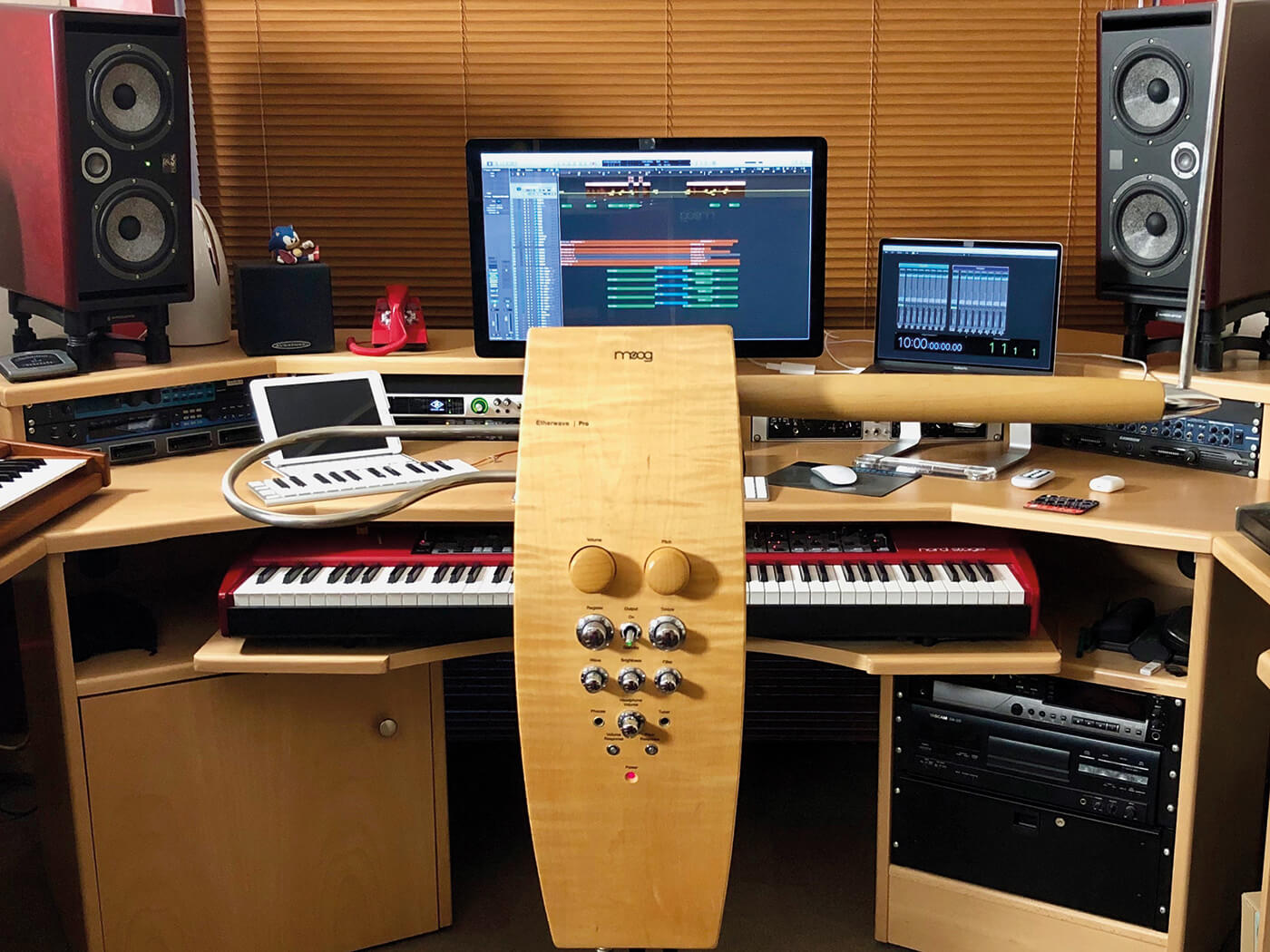 Iconic composer Bernard Herrmann used two Theremins as part of his score for 1951 sci-fi feature The Day the Earth Stood Still, perhaps sealing the fate of the instrument as a staple of the horror and science-fiction genres. The most notable use of the Theremin is perhaps on The Beach Boys’ Good Vibrations – though this isn’t quite as it seems. The track doesn’t actually feature a Theremin but an Electro-Theremin, a Theremin derivative that packs a ribbon controller that makes pitch manipulation much easier.

Other electronic pioneers developed extraordinary fascinations with the Theremin too. In 1949, a 15-year-old Robert Moog built his first hobby Theremin while attending the Bronx High School of Science. His love affair with the instrument would see his company produce numerous commercial models of the Theremin from the 1950s onward. It was the slim Moog Etherwave Theremin, released by Moog’s Big Briar company in 1996, that seemed to truly capture the imagination of a new generation, while the larger and more elaborate Etherwave Pro introduced a zen-like design to the rebranded Moog line-up.

I became seduced by the Theremin many years ago when I saw several being used at a Thomas Dolby concert. I thought, ‘How hard can it be?’ and not long later found myself the owner of a standard-edition Moog Etherwave, and later a pro model. I can confirm that the Theremin is tough to play but, assisted by my own association with the trombone, another instrument that requires right-handed pitch adjustments, I gradually became adept at Theremin performance. With practice, it can be useful on many levels, from sweeping glissandi to legato melodies. Hence, my Theremin and I can be heard on many soundtracks, from TV shows to videogames. Not bad for something accidentally discovered in a Russian lab, eh?