Even after decades in the studio, this rack-mounted beauty still boasts all manner of sound-sculpting potential. 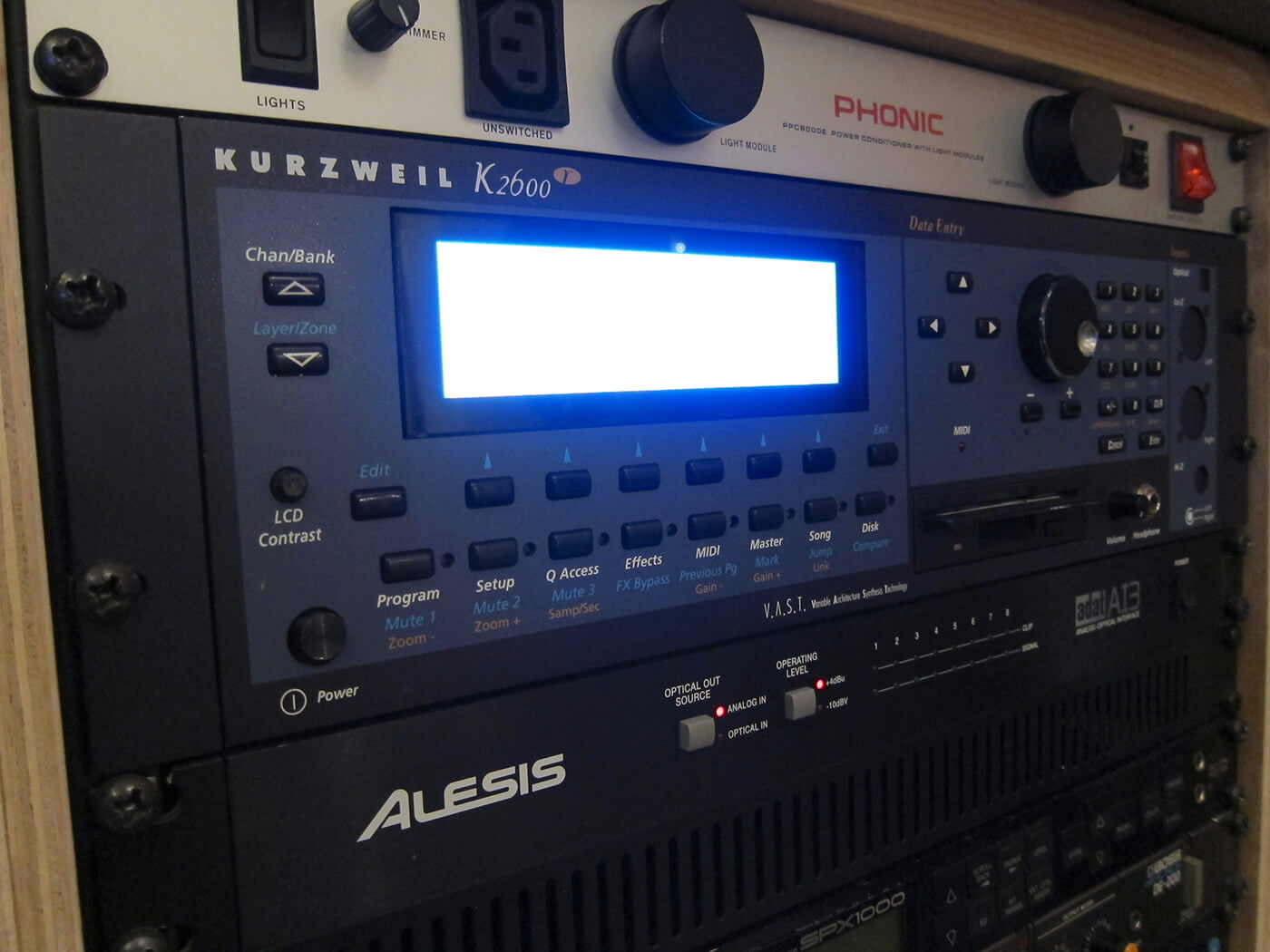 As a synth, a sampler and a multi-channel effects processor, the Kurzweil K2600R has been a regular feature of my working life for almost 20 years – but it’s all an accident. In the early 2000s, I shared a studio and by chance ended up with a K2600R orphaned there. No-one else took much interest in it but, after pressing some buttons, poking at presets and getting thoroughly confused by its endless LCD menu pages, I decided to take the near 2.5kg of manuals home to find out what this 3U beast was all about.

So began a journey that opened up the core of the VAST (Variable Architecture Synthesis Technology) system and opened my mind to the tools and possibilities of sound design. Digging into the K2600R (the R signifying its rackmount nature) was educational, helping me understand the arrangement and building blocks of synthesis. Though this is a DSP-powered synth, what I’ve learnt through using it has proved invaluable in helping me get to grips with its analogue brethren too.

The K2600R and its keyboard compatriots were Kurzweil’s flagship products. They were endorsed by musicians that would’ve kept Colonel Kurz, as it became known at the studio, off my radar on account of their many-notes-per-second, reverb-on-everything, modal-cheese noodlings. I was on a strict diet of P-Funk, hip-hop, Tom Waits and anything on Warp Records at the time. Luckily the Colonel barged into my life anyway, and the topic of prog-metal never had to be raised.

Of course, what had me hooked on the K2600R was exactly what attracted the muso-dudes to it: the legion of LFOs, envelopes, function generators, routing options and effects, as well as the expansive flexibility, compatibility and, above all, its incredible sound quality. This was my go-to for pianos, electric pianos, organs, fat synth bass and massive pads for years. More often than not, I only had to tweak a preset to achieve what I sought – which was usually a more beaten-up version of what the factory keyboard whizz came up with. Colonel Kurz always delivered.

Beneath the K2600R’s professional sheen sits an arsenal of sound-mangling functions capable of truly filthy sounds and much of this is thanks to KDFX. This effects section is the reason the K2600R has found a place in every studio set-up I’ve worked in. It features a host of algorithms that range from stunning reverbs such as the super-deep OmniVerb/OmniPlace to every kind of modulation and delay, plus distortions, amp simulations and the truly unique Laserverb, a lovely cascading delay/reverb oddity. The excellent rotary-speaker effects that accompany the KB3 tonewheel organ modelling, a popular feature across the Kurzweil range, is worthy of praise too. KDFX predated this model and spawned a few effects processors, the most prized of which is the KSP8. If you can find (and afford) one, you won’t be disappointed. There’s also the cheaper but equally evasive Mangler and Rumour.

The rise of quality software synths and keyboard emulations always threatened to mothball my K2600R, but over the years I occasionally go back to it for familiar tones, especially those presets. To earn a place or three in my current studio racks, I tracked down the ADAT I/O option card to create the necessary input channels to turn Colonel Kurz into an outboard multi-effects unit. Though this allows four stereo I/O channels, I’ve ended up only using three, as KDFX doesn’t possess enough DSP blocks to make use of all four (each algorithm uses between one and three of the seven available), and I have only occasionally used three stereo pairs in a mix anyway.

These days, most of the time, my K2600R is treated as a reverb engine, with the odd foray into the more outré effects that can be set alight with MIDI control of any parameter. In writing this, I have scrolled through regions of the K2600R less familiar to me and had my interest in this unit, as both a synth and a sound-design tool, utterly rekindled. It is no mean feat for a 20-year-old piece of digital audio gear to survive this long, let alone hold its own against the industry’s myriad in-the-box offerings. I relish switching it on and rummaging around in KDFX, especially as I rarely come away empty-handed. Maybe Kurzweil will follow Eventide’s lead and recreate the DSP magic as a plug-in series? We can only hope.