Korg’s enviable legacy has yielded some of music technology’s most important synths but for, one writer, 1997’s Z1 was its peak. 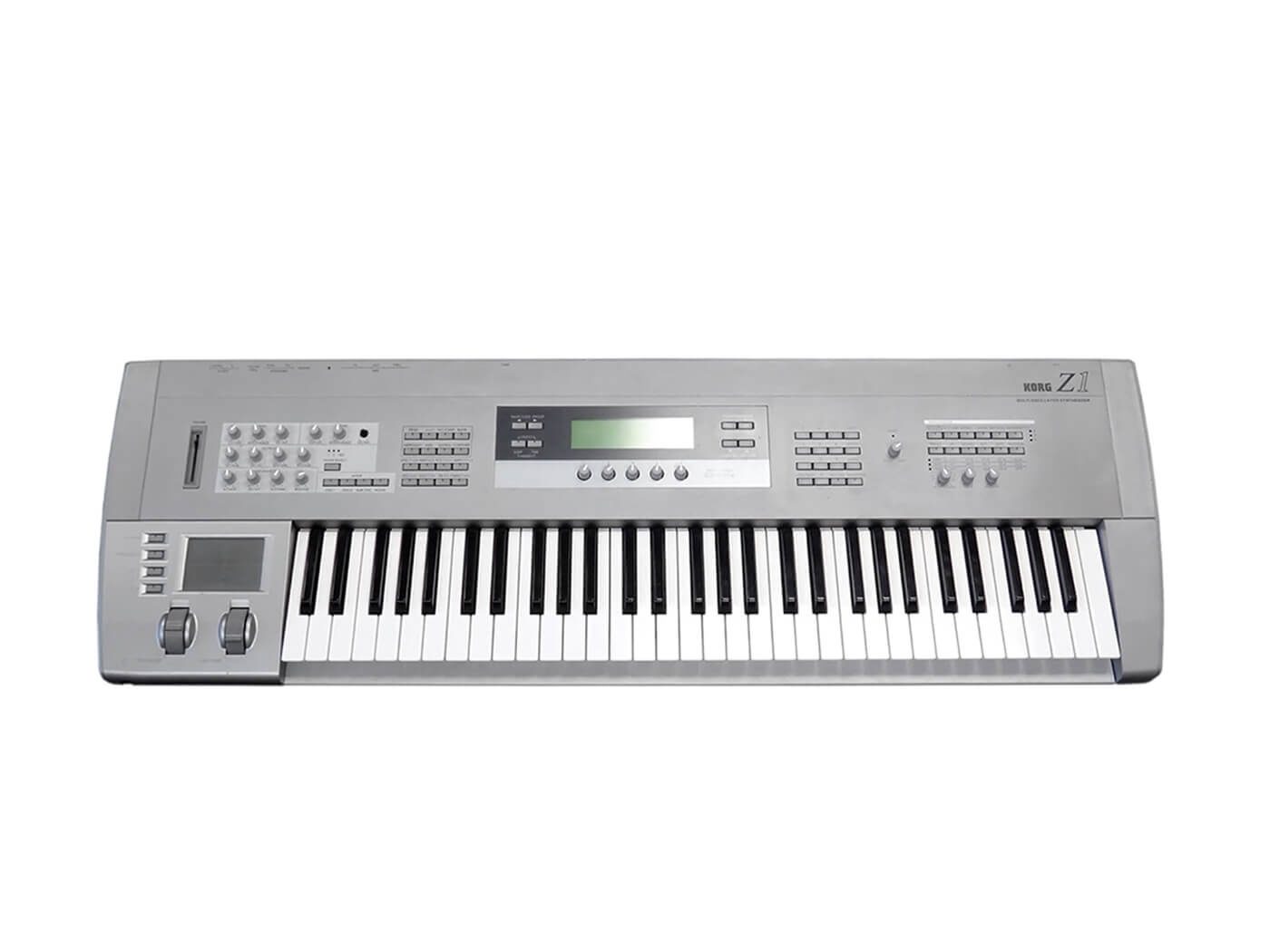 If there’s one synth in my collection that I could never part with, it’s my Korg Z1. In my opinion, this is the most impressive and most versatile hardware digital synth ever created. That may seem like a grand claim about an instrument built on 25-year-old technology but hear me out.

Back in the mid-1990s, when hair was floppy, T-shirts were long, and the only Corona we’d heard of was nice refreshing lager, there was something of a revolution going on in the world of synthesizers. At the time, the market was dominated by instruments that used sample-based synthesis engines, and some of these were extremely good or, at least, very popular. But the identikit nature of the sounds created by these instruments became an annoyance for many musicians, and so it was that two entirely new synthesis methods were developed: physical modelling and analogue modelling.

These new techniques generated sound via software simulation. Physical modelling simulated the physics involved in how an acoustic instrument creates a sound, and was showcased in 1994’s Yamaha VL-1; analogue modelling, on the other hand, simulated the behaviour of analogue-circuit components, and was first seen in the Clavia Nord Lead, released the same year. Not wishing to miss out on all of the modelling action, Korg developed MOSS, its multi-oscillator synthesis system first seen in 1995’s Prophecy monosynth. A few years later, Korg released a polyphonic version, the Z1.

Unlike its predecessor, the Z1 was a full-sized instrument with a five-octave keyboard. Its 12-voice polyphony was relatively low compared to the sample-based synths of the time, but the tone engine behind those 12 voices more than made up for this shortcoming by being spectacularly versatile.

When I first encountered the Z1, it was the acoustic emulations that blew my mind the most, being so much more expressive – and therefore convincing – than those produced by any sample-based synth. The physical-modelling engine responsible for this sports six models – organ, electric piano, brass, reed, plucked string, and bowed string – and, in all of these areas, the instrument is a supreme performer.

For example, its Rhodes and Wurlitzer electric pianos are utterly convincing, even down to the honky overdrive you get from a Wurly when playing it hard. The Z1’s trumpet model has no problem recreating the wide range of tone and brightness produced by real trumpets too, while muted trumpets, saxes and the like are so good that you can almost see a thick fog of jazz-club smoke swirling around as you play with them.

The analogue-modelling engine is equally impressive, providing six sub-models: standard, comb filter, resonance, ring mod, cross mod, and sync. These configure the analogue model in different ways, similar to configuring an analogue modular synth differently by swapping around its patch cables. The resulting sounds faithfully recreate the richness and character of genuine analogue sub-synths – it’s really difficult to believe you’re listening to a digital synth. Where the digital sound stands out, though, is with the variable phase modulation, or VPM, model. This is similar to FM synthesis, and has the same tonal characteristics and strengths as FM, making it ideally suited to basses, electric pianos, bells and such.

Complementing the Z1’s impressive tone-generation capabilities is the equally impressive control interface built into the instrument. There’s a set of knobs and switches dedicated to modifying the synth’s filters, envelopes and oscillators, as well as a set of five quick-control knobs to which you can assign parameters. Best of all, though, is the large X/Y touchpad that sits alongside the pitch bend and modulation wheels. This can be mapped to control any pair of parameters within the loaded patch.

This is sensationally cool when using an analogue model and, with the physical models, the results can be extraordinary, allowing you to apply nuance to performances in the same way a musician might with an acoustic instrument – or not. As you’re able to modulate the physical characteristics of the emulated instrument, you can coax some truly astonishing sounds. Think trumpets that morph into bellowing elephants and low-end hums that can roar into life like V8 engines.

All of this is topped off with a programmable arpeggiator that also has a selection of buttons and knobs so you can morph and modify an arpeggio in real time.

With prices ranging from about £500 to £750, pre-owned Z1s aren’t exactly impulse buys. But if you’re getting into synthesis, it is a purchase that you’re unlikely to regret. Just don’t look at me, you’re not having mine.