Having introduced wave sequencing to a mass audience in 1990, Korg’s Wavestation caused a splash in the music technology industry that’s still rippling today. 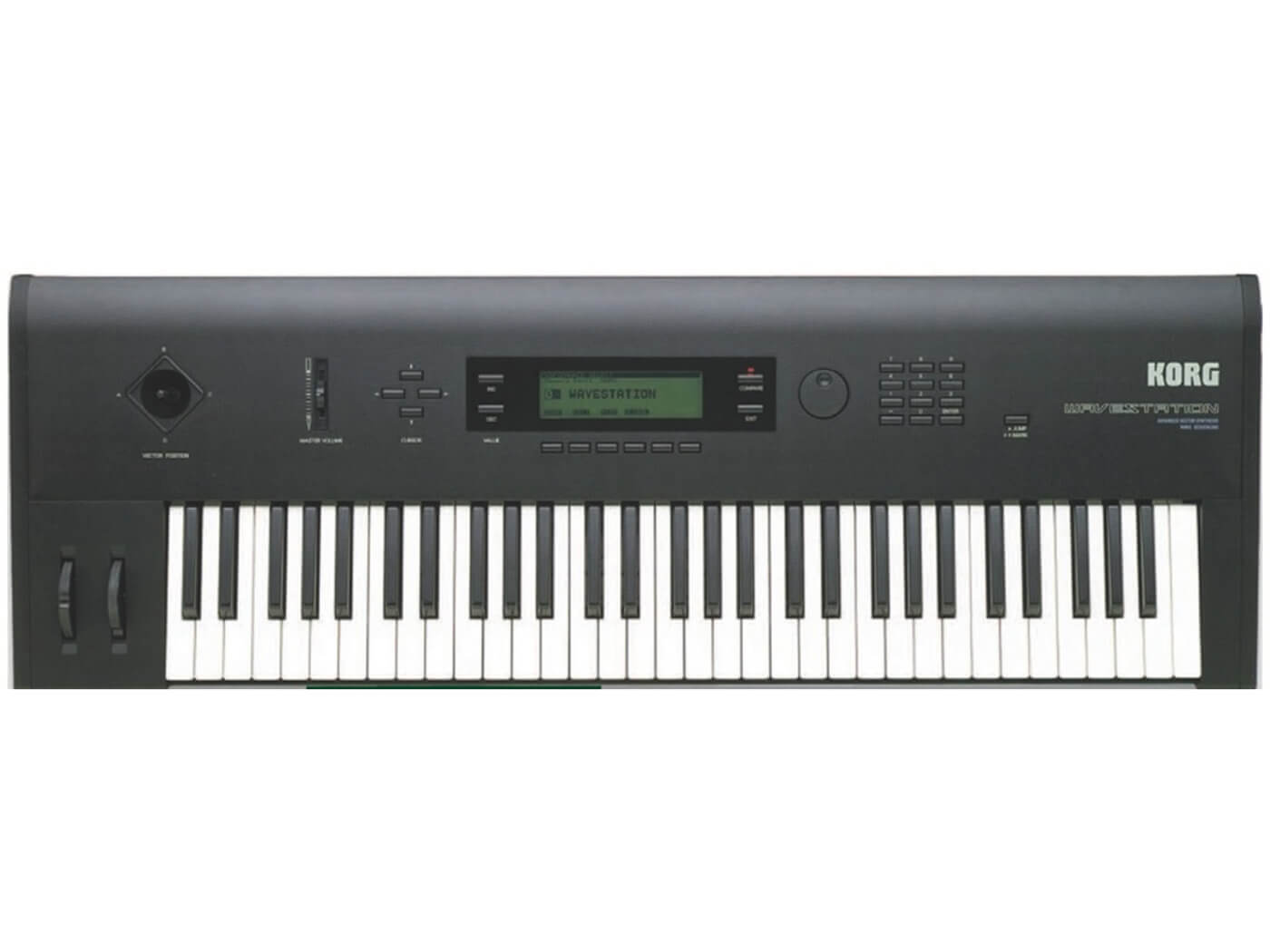 I have an incredibly clear memory of the first time I encountered the Korg Wavestation. I walked into my local hi-tech music emporium in Southampton, aged 16, and there it was. But this wasn’t quite the start you might expect. Someone had returned this instrument, baffled by its capabilities after just two unsuccessful weeks of trying to form a meaningful musical relationship with it. So suddenly here was a nearly new synthesizer whose full retail price was beyond my reach but whose secondhand value might – just might – be attainable. If I spent every last penny of the money I’d saved, and mortgaged my next few birthdays and Christmases, that is.

All I know about the original owner of the Korg Wavestation is that he’d clearly spent his time getting to know this sleek minimal early 1990s behemoth by chain-smoking his way through the manual. The synth reeked of cigarettes for the first few months of my ownership. But waking up to the smell of an ashtray every day was worth it; the Korg Wavestation was the first synth to which I became addicted.

This I can remember clearly too: putting on a pair of headphones and pressing play on the Wavestation’s first preset, Ski Jam, and being unable to believe that the synth didn’t have an internal sequencer. Purchase a secondhand original and you’ll find that the two most significant technologies at the heart of the Wavestation are wave sequencing and vector synthesis. Wave sequencing allowed the user to organise PCM samples into a list and to set duration, pitch and volume for each. Duration can either be set manually or, thrillingly, clocked to incoming MIDI sync so that each slice of a wave sequence is quantized to a desired external tempo.

To program a pulsing sequence that burbles and blips from one note to the next, you needed to program the sequence one step at a time. Better still, you could also assign a crossfade amount from one step to the next, so smooth notes, whose evolutions you’d assume were controlled by envelopes were, in fact, also wave sequences. Sequences can be played forwards and backwards to add variety and, crucially, a wave sequence isn’t the preset level of a sound within the Wavestation.

Instead, four of these combine to create a patch, helping to explain why so many who heard the Wavestation at the time of its release assumed it featured a sequencer. Layer a percussive loop as sequence one, an evolving pad as sequence two, a bassline as sequence three and something soft and melodic as sequence four, then hold down one note and the result is an all-singing, all-dancing musical extravaganza.

This isn’t even the sum total of the instrument’s capabilities either. Patches could be layered into Performances, where several can be triggered at once (until you exceeded the polyphony count of 32 voices).

Vector synthesis is a concept lifted directly from the Sequential Circuits Prophet VS, whose influence can be found throughout the Wavestation’s architecture. It allows you to control the volume balance between separate layers of a patch using the front-panel joystick. At the simplest level, you can perform a patch by crossfading between its elements in real time. But Vector synthesis movements can also be recorded to follow a specific path, making them an advanced modulation source in their own right.

The Wavestation’s filter is a non-resonant 32dB/octave low-pass design. The limitations of this are offset by the sample waveforms, which contain resonant options, allowing you to create wave sequences that grow in resonant intensity without actually employing the filter for this purpose.

With all of these capabilities, then, why would anyone cash in on this beast after just two weeks? Part of that might have been the fact that the Wavestation is programmed via a set of five soft keys beneath its display, an alphanumeric set of buttons, and a rotary dial. That’s pretty much it. Want to scroll through the 255 waveforms? Use the rotary. Want to select duration, level or crossfade amount? Arrow right or left and spin that rotary again. And again. And again. It’s been said that programming the sleek 1990s synths of the Wavestation’s generation is like trying to wallpaper the hallway through the letterbox. It’s an apt metaphor.

Equally, this rejection might have been because of the Wavestation’s lack of ‘organic’ instrument waveforms. Whereas the trend in the workstation synths of the day was to provide ‘realistic’ piano, string and brass sounds, these were all conspicuously absent from the Wavestation’s original PCM wave banks. This was addressed in subsequent iterations of the instrument (the keyboard Wavestation EX, as well as the A/D and SR rack units).

By 1994, Korg had ceased production of hardware Wavestations. But the technology returned in 2004 as Korg released the Wavestation as a VST/AU software plug-in, with every card-based expansion pack’s sounds included from the original hardware. Crucially, a resonant filter was added to the soft-synth’s architecture too. Things came full circle in January of this year, when Korg announced the Wavestate synth, introducing fresh features and a new generation of users to wave sequencing. The Wavestation’s influence endures elsewhere too, perhaps most notably in ASM’s excellent Hydrasynth.

I suppose there’s a one in a million chance the original owner of my Wavestation will be reading this. I should take the opportunity to say thank you.