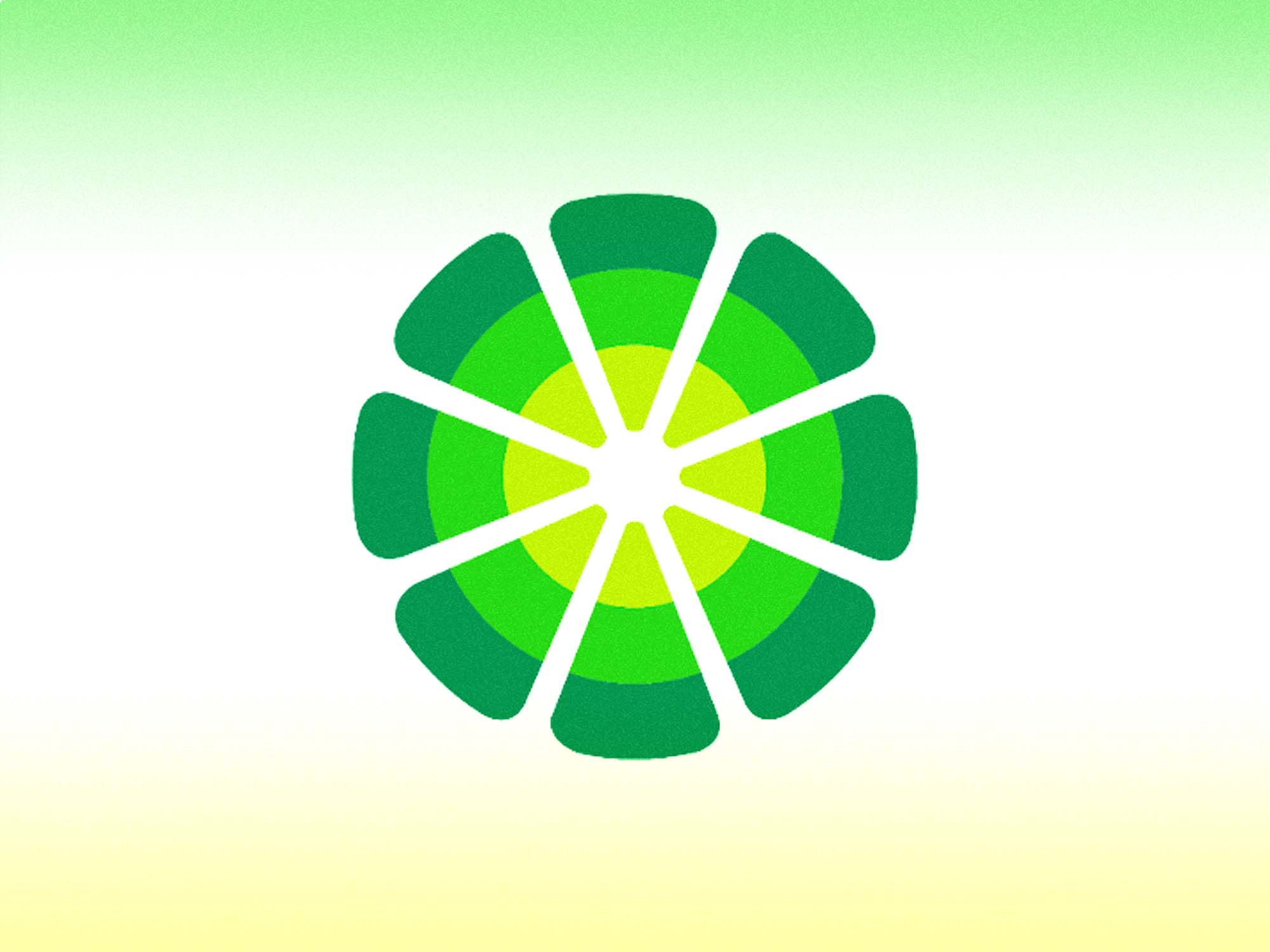 P2P and piracy-fuelled software are sailing the unexplored seas of Web3 – but will they bring about genuine change this time around?

At the turn of the millennium, peer-to-peer file sharing was a transformative innovation. Decentralised computer networks were poised to upend industries, reshape how we consumed media, cut out middlemen and empower individuals. Sound familiar?

Parallels with the new Web3 gold rush are difficult to miss. The key difference is that, back then, such disruption was widely viewed in apocalyptic terms. Sharing audio files was the equivalent of digital purse-snatching and, if it wasn’t stopped, would bring the entire music industry to its knees. Companies such as Napster, LimeWire, and Kazaa made a big impact but were ultimately squashed by an onslaught of legal action.

It came as some surprise, then, when some of the biggest names in digital piracy began their online comeback recently, attempting to establish themselves as major players in the new music ecosystem of Web3. Napster, BitTorrent, and LimeWire have all been purchased by members of the crypto crowd, with accompanying promises to revolutionise music just like they did in the good ol’ days.

What can these legacy brands bring to the Web3 music community? Is this just a nostalgia cash-grab? Or can these reborn platforms couple name-recognition with some actual innovation?

LimeWire, the iconic purveyor of illicit ear-candy was purchased in 2021 by Austrian brothers Julian and Paul Zehetmayr, with a plan to relaunch the platform as an NFT marketplace sometime in 2022. Oh, and this time LimeWire is going legit and working with some of the same industry players that tried to sue them into an early grave.

In a move that would have once been unthinkable, LimeWire has struck a licensing deal with their one-time adversary, Universal Music Group. The world’s largest major label had previously dipped their toes in non-fungible waters when they signed a collection of Bored Ape NFTs as a musical group – but this deal is a different order of magnitude, signalling that UMG is diving in headfirst and potentially bringing content from outfits like Def Jam Recordings, Interscope Records, and Virgin Music to LimeWire’s NFT marketplace.

While the old LimeWire granted access to all manner of music, movies and computer viruses, the relaunched platform will initially focus on music NFTs. It’s not hard to see why, considering that many music fandoms centre around collecting memorabilia, merchandise and backstage experiences. Bridging this aspect of music culture into Web3 could have significant impacts across the industry.

For the most part, many music collectors don’t view their purchases primarily as speculative financial assets to be resold at profit, but as a way to feel more connected to the artist and the music. This mindset may lead to starkly different buying patterns than those seen in the investor communities that have dominated much of Web3’s initial development.

In tandem with this lucrative licensing deal, LimeWire is focused on tackling one of the thorniest problems facing music in Web3: getting average fans to overcome NFT-phobia and make their initial purchase, a process known as ‘onboarding’.

Ivis Buric, LimeWire’s chief communications officer, tells us that the platform’s NFT marketplace will cater both to mainstream audiences and to crypto natives who are already deeply involved in the space. Part of the company’s strategy rests on allowing users to buy NFTs with regular dollars and cents. “With LimeWire,” says Buric, “you can use any type of currency, such as crypto or fiat to buy and sell NFTs. We’re removing the barriers to entry and bringing NFTs to the mainstream.”

A pathway that allows older or less tech-savvy fans to easily access the NFT marketplace would be another notable development for LimeWire. The kind of fans who might be enticed to buy, say, an NFT from The Eagles are also likely to baulk at the need to first acquire a crypto wallet and purchase strange-sounding currency. If LimeWire’s approach is successful, it’s possible we’ll see a fragmentation of Web3 technologies, with NFTs decoupled from the crypto markets that aided their ascension.

While LimeWire may be planning a full-steam-ahead push into the musical mainstream, it is also treading carefully to avoid the kind of copyright headaches that brought down its original incarnation. Rather than an open platform like Audius or Soundcloud, LimeWire will instead operate as a ‘curated’ platform.

“To ensure our marketplace holds up the highest standard in authenticity we have a large team curating and moderating content,” says Buric. “Which means there are no copyright issues behind any of the assets being sold.”

This curated approach, combined with the use of fiat payments, means LimeWire will exist in something of a grey area – not a Web3 platform in the strictest sense. However, Buric doesn’t see this as a problem. “We believe the market isn’t ready for fully decentralised platforms that are appealing and usable for the majority,” she says. “Hence we here at LimeWire are actually combining the best of both worlds.”

It’s not just P2P platforms that are eyeing up Web3’s potential. Beloved Llama-whippin’ music player Winamp recently dropped an NFT of its classic skin, along with 20 derivative artworks. The collection was auctioned to raise funds for the company’s philanthropic arm, the Winamp Foundation, which in turn supports some worthwhile charities.

That NFT drop wasn’t just a one-off experiment. As Winamp’s head of business development, Thierry Ascarez, confirms to MusicTech, it’s all part of a larger redesign that will bring Web3 capabilities to the player.

However, Winamp appears to be taking a different route to the problem of onboarding than LimeWire. The desktop player still sports an active user base of more than 80 million, and Ascarez makes clear that a complete reinvention is not on the cards.

“The goal is not to become a dedicated Web3 platform,” says Ascarez. “We’ll use and integrate this wonderful technology – but we don’t see Web3 as our identity.”

Instead, that identity, as articulated by Ascarez, emphasises continuity for the existing community and user choice regarding their exposure to Web3. Rather than disrupting the community with an all-or-nothing approach, the idea is to let users come to Web3 on their own by augmenting the Winamp listening experience with new possibilities.

“For Winamp, it’s about integrating Web3 capabilities into their existing player,” Ascarez says. “Letting users combine their existing listening habits with NFT collectibles should they wish.”

Just because the company is taking a softer approach doesn’t mean it doesn’t see the potential offered by this technology. While it’s not sharing any concrete details regarding what new features Winamp will gain, it’s clear that the company’s leadership sees a need to reset the relationship between musicians and fans, and that Web3 is a part of that process.

“We’re building on our existing Winamp community,” says CEO Alexandre Saboudjian. “And kickstarting a new conversation about how music can become more empowering, sustainable, and community focused.” Ascarez adds: “It’s very difficult today for independent creators to monetise their content with digital service providers. So, the project is to create a platform that helps creators and fans to connect directly, with more transparency and more control.”

For many early internet users, file sharing revealed the tangible power of the digital world as nothing ever had. Regardless of the much-debated morality issues, the fact is that P2P file sharing made teenagers feel like millionaires, suddenly able to access things they could never afford – let alone find – in the physical world.

The promise of Web3 is of a very different variety than the promises of 2000s-era P2P networks. And it’s doubtful that the same pirates who risked computer-transmitted diseases to download a low-quality rip of Metallica’s Enter Sandman – only for it to end up being Soulja Boy’s Crank That – will be enticed by old brand names alone. However, a combination of cross-generational music catalogues, easier onboarding, high-quality exclusives and, yes, a hint of nostalgia, might tip the balance.

There may be some who dismiss LimeWire’s hybrid approach as subverting the true, decentralised potential of Web3, but if it results in an influx of new users, then a case can be made that it’s a worthwhile trade-off.

If the Web3 music community is to survive and flourish, it needs to transition from a financial space into a cultural space; a space that attracts users whose primary interest is the music itself, instead of those seeking a return on investment. Expanding and diversifying the community is the best way to achieve this.