iPhone 13: What can its upgraded hardware do for musicians and content creators?

A more powerful A15 Bionic chip and enhanced AI-powered camera tech could elevate your videos. 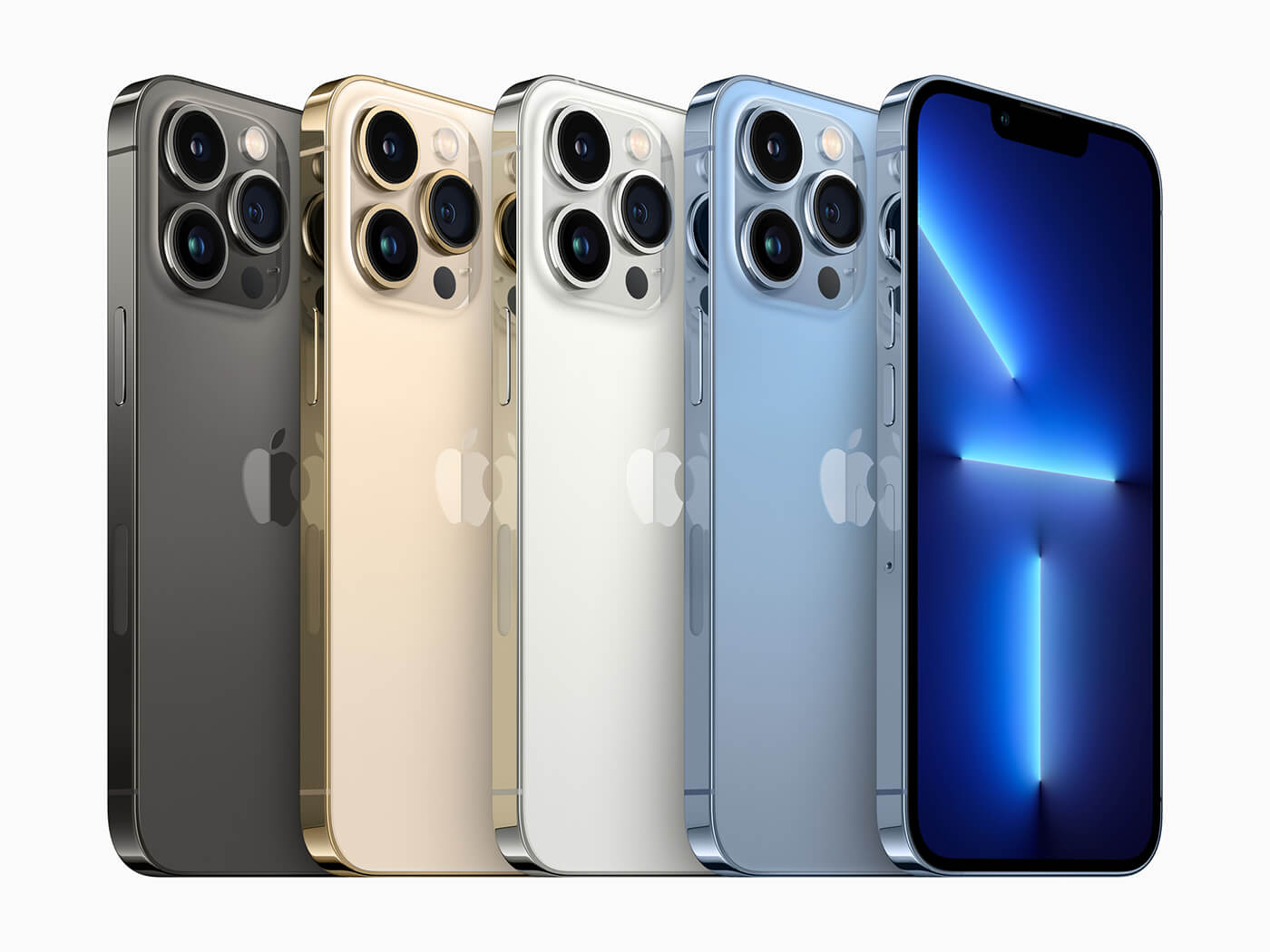 Apple’s new iPhone 13 models have arrived with a raft of hardware upgrades that will be of interest to musicians and content creators.

First off, the new iPhones keep the Lightning connector. That’s good news if you’ve invested in Lightning accessories but not so much if you want to take advantage of the increasing number of audio accessories that use USB-C – particularly audio interfaces.

The newly announced iPad Mini, however, has adopted USB-C, making it a low-cost option for professional mobile music production. The iPhone 13 line-up is focused on video upgrades anyway.

For the regular iPhone 13 and Mini, changes are minimal; a brighter Super Retina OLED display and a front-facing camera notch that’s 20 per cent smaller, so you reclaim some screen real estate.

Much more exciting developments are in the Pro models. These have a Super Retina XDR display with ProMotion – a system that dynamically alters the screen’s refresh rate from 10Hz to 120Hz to seamlessly provide smooth motion when required, and save power when the screen is static. The new display even responds to the speed of your fingers on the display. This is bound to make the user experience seem even more luxurious in day-to-day use, let alone when navigating a synth app filled with parameters. It should also extend battery life, which is always welcome.

The whole range is powered by Apple’s new A15 Bionic processor, using a 5nm fabrication technology enabling Apple to squeeze in a staggering 15 billion transistors. The A15 boasts a six-core CPU with two high-performance cores and four high-efficiency cores, with a five-core GPU in smaller models and a six-core GPU in Pro models. Consequently, Apple claims the new phones are the fastest it’s ever made, and up to 50 per cent faster than its leading competitors.

All of this should, in theory, mean even more juice for music-making apps and mobile DAWs like GarageBand, Cubasis, BandLab and the like. Not that the iPhone 12 was a slouch in this department. But when developers have a chance to update their apps for that extra CPU power – and possibly more RAM – it’s good news for making music on the move. And, while the new iPad Mini gains upgraded stereo speakers, there’s no apparent change to the new iPhones’ audio recording or playback hardware.

The best iPhone camera ever – again

The iPhone 13’s cameras get a massive upgrade, which is great news for musicians wanting to shoot professional-looking streams, music videos, gig footage or documentaries. The 13 and Mini have two new rear cameras, and the wide 12MP sensor allows in 47 per cent more light with a 26mm focal length lens and a new Ultra Wide lens. These two iPhones also include sensor-shift image stabilisation technology from the Pro models for smoother footage when shooting handheld.

The Pro and Pro Max models have a new 12MP system with three new cameras – telephoto at f2.8, wide at f1.5 and ultrawide at f1.8 with a 120 degree field of view. Notably, Night Mode is now supported across all rear cameras on all models during video shooting. This should make a marked difference to video capture quality in low-light locations such as gig venues and studios.

For those wanting the highest possible video quality, the Pro phones can shoot using the professional ProRes video codec at up to 30fps in 4K resolution, as opposed to heavily compressed MP4. The result should mean more flexibility to apply heavy colour grading in post without as much image degradation. All models support the high dynamic range Dolby Vision recording format, too.

Meanwhile, for stills, the new Photographic Styles feature creates consistency for your brand as an artist. It lets you create a specific look, with your choice of visual effects, then save it for use on future photos.

However, the most impressive new video feature coming to all iPhone 13 models is Cinematic Mode. Using the powerful neural engine, the phone is able to rack (shift) focus just like in movies, where focus transitions from one face or object near the camera to another further away, or vice versa, within the same shot. iPhone 13 does this automatically when it detects, for example, a person in the foreground turning to look at someone behind them. You can also control it manually by tapping the screen, of course.

The new iPhones record a depth map as part of the video file, meaning that focus shifting can be manually changed even after recording in future versions of iMovie and Final Cut Pro. This is not even available in most high-end consumer mirrorless cameras, and is a great example of something Apple has achieved by tightly controlling how its software and hardware work together.

So you have more power for your mobile DAWs and synths, and a better camera system for shooting great-looking vlogs, behind-the-scenes videos and even cinematic-looking music videos. There’s up to 2.5 hours longer battery life in the largest models and 1.5 in the smaller models, thanks to larger batteries and better efficiency, so you can record and play for longer, too.

Smaller models now start at 128GB of storage with 256GB and 512GB options, with the Pro and Pro Max including a whopping 1TB option, allowing you to record a lot of audio and video before you start to run out of space. If you’ve been hanging onto an older smartphone and are serious about improving your photography and video capabilities, the iPhone 13 Pro looks like an attractive upgrade.