Could VirtualDJ’s stem separation change the field of DJ’ing forever?

Among everyone from beginners to top-tier DJs and producers, there’s a heightening buzz around VirtualDJ. Can one of the most frequently downloaded platforms for audio and video mixing truly change the game with its intelligent stem separation? 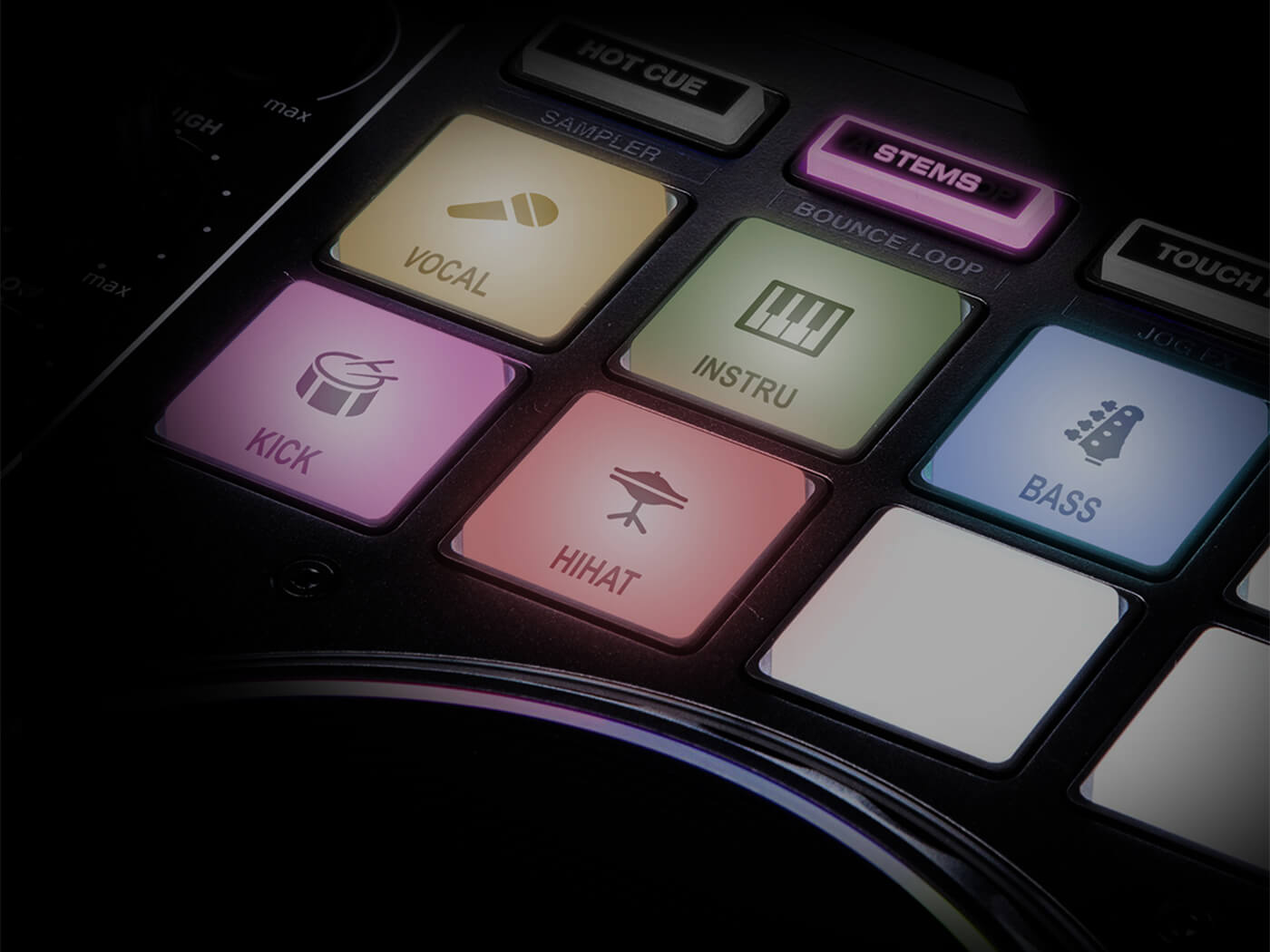 Atomix’s VirtualDJ isn’t often included in the roster of industry-standard DJ’ing software, with Traktor, Serato and Rekordbox usually hogging the decks. The reality, though, is that VirtualDJ is the most popular audio and video mixing app in the world. It has been downloaded more than 100,000,000 times and has been endorsed by heavyweight DJs such as Carl Cox, Qbert and David Guetta. The software has helped millions of newcomers get their first taste of DJ’ing and VJ’ing without having to spend a penny, and boasts an approachable interface along with all the advanced features you’d get from competing software. It was even the program that sparked this writer’s desire to start mixing and scratching back in 2010.

Atomix got pulses racing in June when it released its new VirtualDJ 2021 and announced that the software features real-time stem separation, opening up a new frontier for DJs. Stem separation allows users to isolate and remove elements of any audio track loaded onto the decks. The concept isn’t entirely new. Native Instruments tried to get something similar off the ground with its STEMS format in Traktor but the tedious process of exporting finished songs into individual multitrack MP4 format stems meant that it never made a major impact. VirtualDJ, on the other hand, automatically analyses regular stereo files before clever code separates the tracks into groups that can be manipulated almost instantly.

VirtualDJ transforms the 3-band EQ into either EZRemix or ModernEQ. The former gives you control over the beat, instrumentation and vocal, while the latter lets you gradually isolate or remove the kick, melody and vocals, and hi-hats. ModernEQ is described as a “drop-in EQ replacement for experienced DJs”. Be mindful which mode to use here for your mixing – EZRemix won’t lend itself to dance music as well as ModernEQ. There’s also a bank of performance pads that you can hit to immediately solo or mute different elements of the track.

As brands such as Denon DJ and Pioneer introduce streaming to their DJ software, VirtualDJ has refused to fall behind. Not only can users log into their SoundCloud Go+, Deezer, Beatport and Beatsource Link accounts and stream music directly from these sources, they can also deploy stem separation to these vast oceans of online music – no downloading, purchasing or prior analysis required.

Atomix and its CEO Stephane Clavel are relatively covert about how their stem-separation technology works. That’s understandable, given that this is such a unique feature. The only other stem-separating DJ software is Algoriddim’s Djay Pro but that’s only available on iOS devices equipped with an A7 chip. Whatever the technology is, the implications are truly impressive, allowing anybody an unprecedented amount of control over the tracks in their DJ sets.

Before we get too far ahead of ourselves here, we have to acknowledge that the app’s stem separation isn’t perfect. There’s a bit of bleed across the stems. Isolating vocals, for example, might leave you with other content from around the same frequency range. After mixing the vocals into another track, though, the bleed is seldom audible. You may also run into latency issues depending on the power of your computer; as track analysis and stem separation is performed in real time, some devices might struggle to keep up. Still, it’s certainly the best approach to stem separation we’ve seen and, with some clever workarounds, you should achieve stellar results.

Being able to alter music in this way has benefits across myriad genres. The ability to extract guitar licks from soul tracks and blend them with drum breaks for on-the-fly hip-hop production will be liberating for many DJs. For electronic musician and producer Kelly Lee Owens the chance to swiftly snip vocals from tracks is particularly appealing. “There are so many tracks that I wish I could isolate the vocals from,” she says, “but without having the actual stems, it’s almost impossible. With this feature, I think I’d mostly use it to layer vocals over new tracks. The opposite is also true. At times, I’ve loved the instrumental but the vocals just didn’t do it for me.”

Kelly also rightly points out that stem separation is “a great feature as far as creative mixing goes, which is ultimately what most DJs are focusing on these days”. As DJs begin to incorporate more live gear such as drum machines, guitar pedals and even saxophones into their sets, being able to pick out and combine elements from multiple tracks could make their performances even more original and surprising. 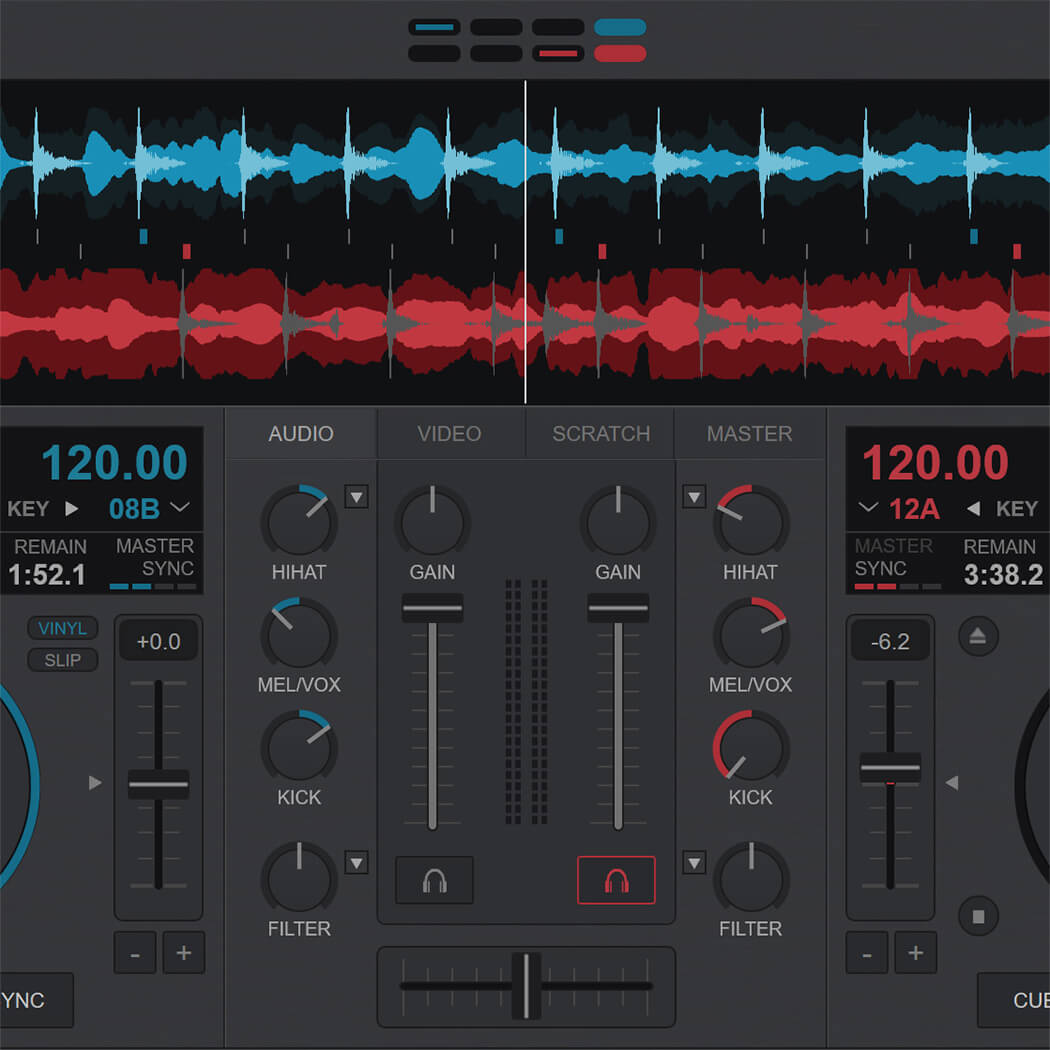 These boots are made for ‘legging

There’s no avoiding the topic of bootlegging here. For decades, DJs and producers have created mashups and remixes of popular tracks and played them live, often even releasing them as their own material. VirtualDJ’s new feature will make this style of music-making far easier than ever before, which could spawn some fantastic pieces of art. Particularly in the realm of production – there has always been many ways to record audio from other bits of software directly into a DAW – it could take the concept of sampling to an entirely new level. That said, it could equally give rise to a slew of unwelcome bootlegs and copyright infringements. We’re obliged to remind you that, if you intend on using another musician’s material, you should follow the legal processes and ensure you have the rights to repurpose it as your own before releasing it or performing it publicly.

Still, being able to create a convincing bootleg or mashup on the fly is bound to be a real crowd-pleaser and would certainly add flair to any DJ’s set. It could even become a skill we take for granted in producers, particularly if stem separation tech finds its way into hardware mixers and other major DJ software. Open-format DJ’ing could become significantly more thrilling, while the practice of blending one house or techno track into another may become a bore now that we know how easily the creative goalposts can be moved. That’s before we’ve even talked about turntablism, which is impressive enough as it is without the ability to instantly solo or mute specific parts of the instrumentation.

Whether you’re thinking of getting into DJ mixing or you’re already experienced, by this point you’re probably wondering whether VirtualDJ is the way to go. For that, we have to point out the technological leap that VirtualDJ has made over competing desktop DJ software.

The full version of Native Instruments’ Traktor costs £90 but the software has been almost abandoned by NI over the past few years, with precious few updates. There’s speculation that it is being sold to Allen & Heath in the hope that the renowned brand can breathe new life into the once-loved platform. Meanwhile, Serato still dominates the US market and is the go-to for digital scratch DJs. But, as with Traktor, this will cost you about £100. Serato DJ, however, receives frequent updates and is always expanding.

Pioneer DJ’s Rekordbox is another piece of software that boasts free entry and features streaming capabilities. There are some fantastic cloud-based features available with subscription too. Kelly Lee Owens, though, is considering a switch. “I use Rekordbox”, she says, “but I’m super-intrigued as to what I can create with VirtualDJ.” She recognises, however, the bleed issue that could occur between stems, saying that some tracks might be more difficult than others to split than others.

Dutch electronic musician Mason has been DJ’ing since 1995 and expressed huge enthusiasm for the new VirtualDJ tech. “I’m pretty blown away by this”, he says. “It was never possible to do this in real time and it works really well. It opens a Pandora’s Box of possibilities. It’s a lot of fun to play around with, remixing and mashing up on the fly. The quality is good but you do hear some unwanted artefacts. But that’s how all new algorithms begin – they usually improve over time. In the club, this would be fine because, let’s be honest, you don’t hear stuff too well at 110dB and after a few beers. At the end of the day, it’s about what you do as a DJ musically, and this feature gives you a lot of new ways to be creative.”

Given that it’s available to trial for free, downloading VirtualDJ and separating some stems seems like a no-brainer. You’ll have to pay for a licence should you want to get hands-on and hook up DJ and MIDI controllers but the free version isn’t limited as to what you can achieve with a computer mouse. Ultimately, though, you should choose the DJ software that most effectively fulfils your needs and is primed with features relevant to your style of play and performance. Download trials and audition all the relevant software to find out which one is right for you.

What does VirtualDJ’s smart stem-separation technology mean for the future? That lies in your hands. At the very least, this should encourage DJs to get more adventurous with their mixing. We believe it may even give performers a taste of how nuanced sets can truly be and encourage them to experiment with more moving parts. This might mean more controllers, more drum machines, more synths and more live instruments, making gigs – when they eventually return – more memorable, authentic and original as a result.

The technology isn’t yet perfect but it can only get better as Atomix refines its algorithms. It may be best to get stuck in now and hone your skills alongside its continual evolution.

Download VirtualDJ and try its stem separation for yourself at virtualdj.com.