Twilight of the Gods: Does the death of Al Schmitt mark the end of an era?

As the music production world reels from the loss of the legendary Al Schmitt, we can’t help but wonder if his passing closes the chapter on an era of classic studio craft. 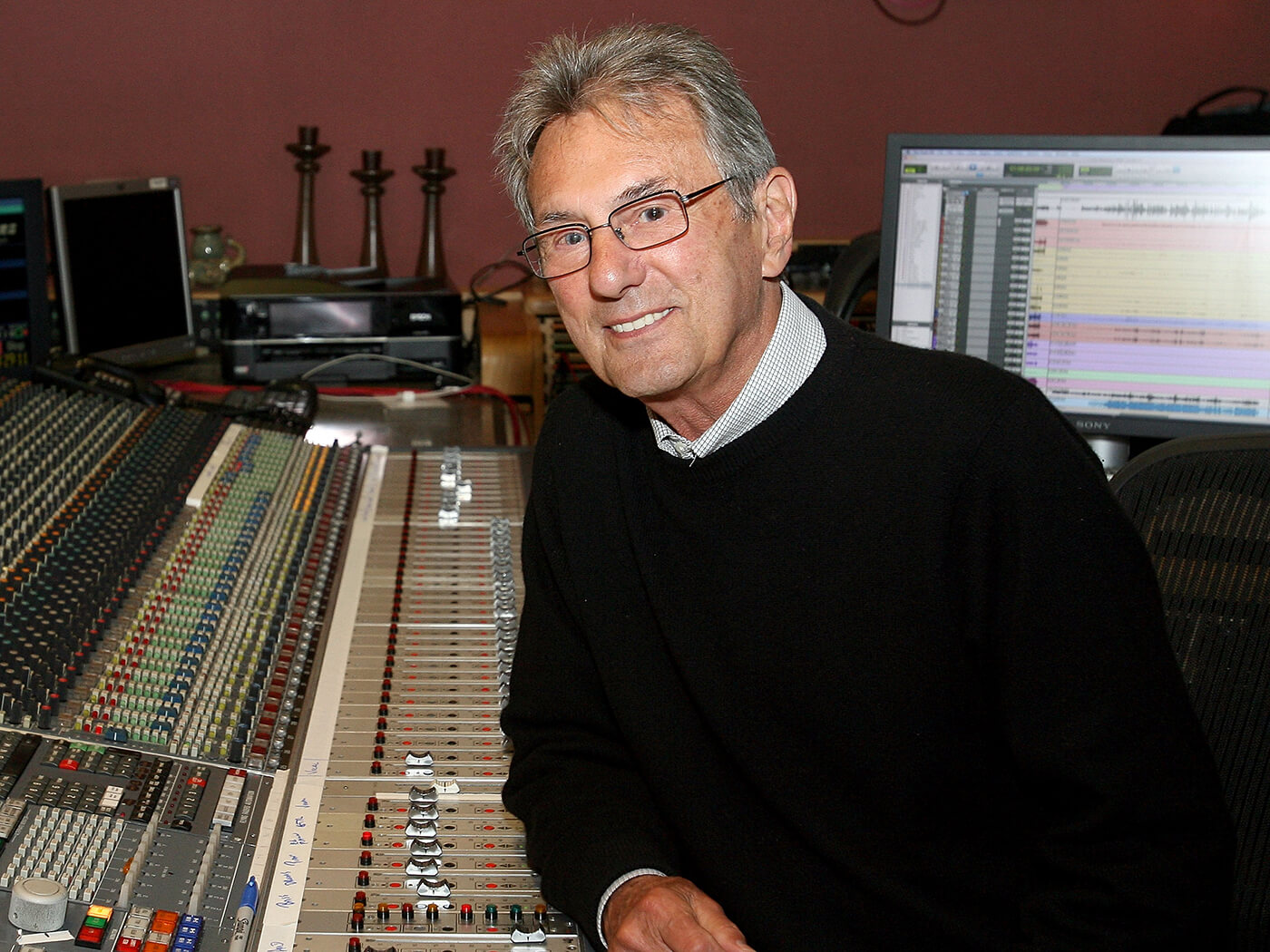 This week, we bid a fond farewell to the most decorated engineer in the history of recording. The venerated Al Schmitt – responsible for capturing a genre-spanning surfeit of music over the last six decades – died, at the age of 91.

When sharing the sad news, Al’s wife Lisa pointed out that one of his favoured sign-offs at speaking engagements was always “Please be kind to all living things.” Schmitt demonstrated this empathetic philosophy with an artist-first approach to engineering and production. From his initial (and a ccidental) session with the Duke Ellington Orchestra to his recent sculpting of Willie Nelson’s That’s Life, Schmitt always placed the musician front and centre in the studio.

“I want to make certain the musicians are as comfortable as they can be with their setup,” Schmitt told Pro Sound Web. “That means that they have clear sight-lines to each other and are able to see, hear and talk to one another.”

Schmitt was a studio man through-and-through, with a modus operandi that served an industry that, in 2021, would have been entirely unrecognisable to his younger self. With the dominance of desktop and mobile production, the home is now the primary location for music production. Plug-ins and sample libraries have largely negated the demand for session players, and musicians of all stripes can vault the barrier to the big league by investing in their own technology.

So, are we gradually seeing the curtain being drawn on the very notion of the exalted studio guru?

It’s all relative, of course. At the start of Al’s career, capturing musicians in pro studios was the only way they could get access to the state-of-the-art t!echnology that could produce release-quality sound.

Al, like many of his contemporaries, cut his teeth with tape-based technology, working as a budding engineer at Apex Recording Studios before moving on to Nola Studios, Radio Recorders and RCA, before ultimately settling at Capitol Studios. Over the ensuing decades, Schmitt’s characterful and vibrant sounding recordings elevated his stature within the industry, applying his know-how to records for Frank Sinatra, Elvis Presley, Paul McCartney, Bob Dylan and Ray Charles.

Schmitt was keen to expand his skillset as the decades passed, augmenting, rather than diluting, his signature recording techniques. In his book, Al Schmitt: On The Record, he explained how he ventured into the new world of digital: “We spent several years mixing to both analogue and digital and comparing them. Digital kept getting better and better, and finally we just decided we liked the [digital] mixes the best. Now, that’s all we use.”

Engineers and producers of Al’s generation were meticulous, treating the recording space as an instrument in its own right. The polished result catered to the expectations of mainstream listeners. Following the explosion of home production in the 1990s and the diversification of what counts as pop music, the necessity to work with a top-flight producer or engineer diminished. Meanwhile, certain contemporary genres have flat-out rejected pristine recordings; the DIY ethos that sprung from punk has become as mainstream as Billie Eilish.

These factors have had an irrevocable impact on the struggles faced by commercial studios. So it’s understandable that many professionals are fearful of what the future looks like for traditional studio roles. MPG Award-winning mastering engineer Mandy Parnell told us in 2018 that she foresaw the studio world becoming a “hobbyist” industry if the next generation of studio professionals do not effectively monetise their expertise. And IDLES’ seasoned producer Nick Launay explained to us that the drop in budgets from clients negatively affected his process over the last few decades.

Being wholly supportive of the studio industry while celebrating the access young musicians now have via home audio needn’t be a dichotomy. And all too often in these types of conversations, passionate advocates for either side can become deaf to the ultimate goal: finding the best way to record and produce music. Al never forgot that.

Schmitt may have exhibited a traditionalist sensibility for certain studio tasks, swearing by a tried-and-tested Neumann U 67 and typically EQing live and in the room. But over the decades he worked, he was able to navigate the shifting sands of studio craft; he never feared technological change.

It’s fitting, then, that one of Al’s final projects captured this adaptable attitude, pushing Leapwing Audio to develop a plug-in that allows anyone to recreate his sonic signature. As Robin Reumers, CEO of Leapwing Audio tells us, “It was actually Al who first dropped the idea. We had always thought about doing a signature range and, Al being Al, we couldn’t have dreamt of a better person to do this with.

“It was a huge privilege that he wanted to work with us in capturing what made him unique. What I love most about Al is the way he made you feel when you were in the same room. It didn’t matter who you were, he would always be interested and make time for you.”

Al’s legacy isn’t one of stale studio conservatism, hall-of-famer technical know-how or even the 23 Grammys on his mantle. It’s how he leveraged his immense knowledge and his personal credo of empathy to enhance the musicians and the music he’s worked with.