He’s a producer who outsold everyone on the tech-house charts on Beatport, but is now branching out into the world of film composition and video-game soundtracks. He also proves, as you can see, that you don’t need all the gear in the world to succeed. MusicTech welcomes Olivier Giacomotto… Olivier Giacomotto is a French producer, […] 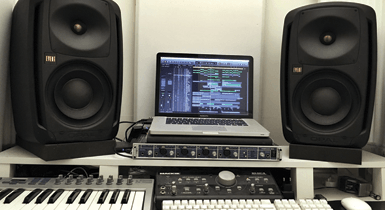 He’s a producer who outsold everyone on the tech-house charts on Beatport, but is now branching out into the world of film composition and video-game soundtracks. He also proves, as you can see, that you don’t need all the gear in the world to succeed. MusicTech welcomes Olivier Giacomotto…

Olivier Giacomotto is a French producer, born and raised in the South West of the country, and now living in Paris. He bought his first studio kit at 18 years of age and has since branched out into several areas of music production. He has become something of an online techno star and in the last decade, has constantly been at the top of the Beatport charts with his own brands of techno, house, electro and tech-house. He has worked with artists like John Acquaviva, Umek, and Popof, and had releases on loads of labels including Suara, Get Physical, Noir Music, Definitive Recordings, Toolroom Records, and Trapez. More recently, he has moved from his own releases to producing music for video games and film soundtracks. Here, he reveals how this broad range of outlets can give you a conceptual approach to music making that becomes a key advantage in today’s music production climate (and also how a big studio is not always better)…

MusicTech: Hi Olivier, so tell us how you got into making music…

Olivier Giacomotto: I started when I was eight years old with piano courses and then taught myself how to play guitar when I was 14. I played in a few local bands, and finally bought my first synthesiser – a Roland JV-1080 [and a great choice – Ed] – when I was 18 years old. I had a computer and a pair of cheap monitors and started to record my own songs. It took me four years to get ‘a sound’ and my first record deal, but I guess hard work always pays. My passion for music became my full-time job with all kinds of projects, from vinyl releases to digital underground releases, pop and reggae productions, music for video games, movie soundtracks…

MT: Tell us how you first ‘made it’ professionally with music production?

OG: I had my first professional music experience at Townhouse Studios in London. I was the assistant to a producer named Magnus Fiennes (All Saints, Spice Girls, Tom Jones, Morcheeba, Neneh Cherry and more). So I’ve been trained to deal and produce all kinds of music, from the most underground to the most mainstream genres, but also advertising, cartoons, and movie soundtracks. That experience gave me a lot of flexibility and a kind of conceptual approach for every music project. I’m always aware of who is going to listen to the music I’m currently working on and try to target those listeners as much as I can, always keeping in mind my musical roots (all kinds of rock, pop, reggae, dub, metal, funk, electronic bands and artists from the 70s, 80s, 90s) and my own actual style of electronic music.

MT: Talking of which, you were Beatport’s best-selling tech-house artist in 2015 – tell us about your dance music production methods?

OG: I’m internationally known as an electronic-music producer who makes people dance, so for me, every ‘dance’ track has to be led by rhythm and sub frequencies. It’s the kick drum and bass mostly, because they always have a bigger impact on the body than any other instruments and/or frequencies: you feel them more than you hear them, it’s like being touched by the invisible. So I always make sure that kick and bass are louder than all other instruments, which means that the VU meter of my output compressor is always moving and pumping from left to right with the beat.

MT: More recently, you’ve branched out of dance-music production, though…

OG: Most of the time, I work on my own on the tech-house sound I described above, but I also produced music like reggae and pop for other artists which means I also collaborate a lot with other artists and instrumentalists. I’ve also had a few tracks featured on video games and lately, I’ve even produced an entire movie soundtrack for a film called The Red Man.So being involved on all those kinds of projects means providing lots of ideas; selecting sounds and genres; helping authors with lyrics; making changes and arrangements during the production process and working and considering time and deadlines. I also supervise every audio recording, use all kinds of sound engineering and mastering techniques, and make sure that the quality is the highest possible from the beginning to the end of the project.

MT: That’s a lot of input, then. What is the most important part of your role?

OG: Creativity first, because your brain is your main instrument – ideas and concepts have more power than anything else. Then sound engineering, because those techniques make you sound better than other producers. 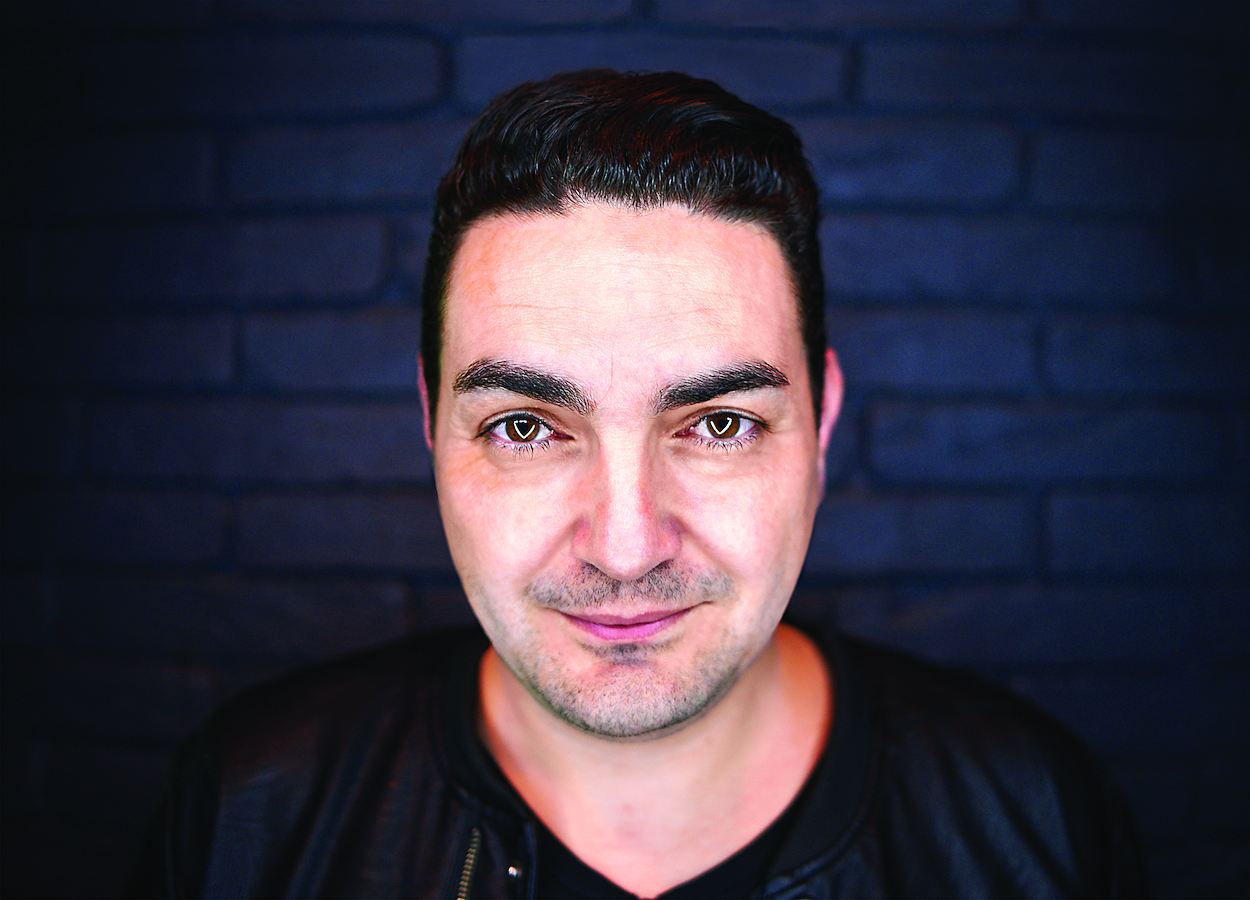 “I worked three days on one scene and I was totally exhausted. I even ended up in hospital – I guess that soundtrack took it out of me”

MT: Tell us about how you applied that philosophy to The Red Man film project?

OG: I work with John Acquaviva – we are long-time friends and we’ve worked a lot together on many different projects. Our good friend Dan Diamond – who had already worked with us on a few songs providing great vocals and lyrics – told us about a movie project he had with another of his friend, [director] Jimmie Gonzales. Back then, it was just a trailer made to raise funds for the production of the movie, but John had been seduced by the project and decided to become executive producer.

They also needed music, so obviously, I was there at the right place at the right time. Jimmie Gonzales asked me to make music for the trailer and loved what he heard, then I was onboard for the whole soundtrack. That was my first movie. I’ve never produced for image before, so it took a few months to really get into that kind of production process. I made a lot of scene tests and did a lot of research on the impact of frequencies on the brain in order to provide the right sound for that project (which is a psychological-thriller movie with lots of tension, fear, and dizziness), where the main character totally loses his mind during the movie, so every sound had to be chosen wisely in order to emphasise the feelings of each scene.

Jimmie wanted something dark, druggy, and electronic, so I chose to use the ARP2600 and Minimoog, but with frequencies, pitch modulations, and filter LFOs in order to get lost in sound. I generated lots of them going up and down, sometimes randomly, lots of effects, lots of automated reverbs… The goal was to create tension, fear, dizziness, and even panic. I remembered I worked three days on one particular scene and was then completely exhausted, but had to work consecutive days and nights to meet deadlines. I actually ended up in hospital with arrhythmia and extreme tachycardia – I guess that soundtrack took it out of me!

MT: Over the years, what advice have you picked up from working in the music industry that you can pass on?

OG: Hard work is essential and working harder than all the others is the key to success. So no PlayStation, no sofa, only studio and creativity!

MT: And from working in the studio?

OG: KISS (Keep It Simple Stupid). Less is more, so when using a synth, I make the best out of it, I make it unique. A good song is most of the time three or four ideas, instruments or elements.

MT: You compose across a lot of genres – what inspires each?

OG: Inspiration depends on my mood. I can have a concept idea in the bath, driving my car or after a gig. It can be a lead synth first, or just a beat arrangement, a vocal, there is no rule. Then a song can be made in a day or in a month, or in three months – it’s a matter of satisfaction. Sometimes, ideas come in two hours – sometimes, it’s like a childbirth, it can be painful and long!

MT: So tell us a little about your studio – it seems small but perfectly formed…

OG: I’ve been trained on all kinds of high-end gear, but my studio is just a MacBook Pro with Logic Pro installed, an RME Fireface 800 soundcard, a pair of Event Opals, a small MIDI keyboard, and a SubPac. I only use plug-ins, like Native Instruments, Waves, Sonnox, Arturia, Soundtoys, and so on. As I said, I keep things simple. I travel a lot, so when ideas come, I need to have at least my laptop and my plug-ins to write them, then I make them perfect in the studio. Acoustic treatment of the room is also as important as the monitors.

MT: So what are your favourite sound-generating studio tools?

OG: I’m in love with Native Instruments Monark. For me, it’s the best emulation of the Minimoog ever created – such a versatile instrument with powerful sound, it’s unbelievable, I use it in every project.

OG: Definitely the whole Soundtoys collection, because they turn a simple sound into something unique.

MT: There’s obviously a huge interest in modular synths at the moment – you haven’t been tempted?

OG: Native Instruments‘ Reaktor has these things called Blocks, which include oscillators, effects, filters, modulators and sequencers that you patch together to make a modular ensemble. I’m not a modular geek, nor a sound extremist, but I’ve used this a couple times already, and I loved it.

MT: What is on your wishlist, gear-wise?

OG: I worked for over 10 years with my Mackie HR824 monitors, and I just bought a pair of Event Opal last year. They sound amazing – clear and full. My next toy? Probably a new soundcard, I’m not sure which one yet, I’m quite happy so far but is there something better than the RME Fireface 800? I’m opened to advice here!

OG: It’s already happened, and it’s called SubPac. It is the sonic revolution of the decade. It’s like having a subwoofer plugged into your body. You don’t hear the sub, you feel the sub, like vibrations on your chest in a concert hall. Thanks to that device, I rediscovered music – it’s like having a brand-new pair of glasses after years of visual frustration. Tuning kick and bass is not a blurred exercise anymore, I finally know how my low end will sound on a club soundsystem in two seconds.

MT: What have you got coming up?

OG: The future is looking good. My four-track Postgalactic II EP is out on Noir Music. I have a couple of collaboration projects: one with Noir, another one with Kiko called Cold Miles, so lots of remixes and productions will come out soon. I also tour a lot, probably 80 gigs a year. I finally love what I produce and what I play because everything makes sense as a whole synergy – the crowd loves it, promoters want me back, so it’s all good. But, I’d love to make another soundtrack. It’s such a unique experience…