In the first of a new series of interviews with people enjoying a successful career in the audio industry, producer and film scorer Neil Davidge reveals how listening can help in any studio situation, and that gear isn’t everything… Neil Davidge teamed up with Massive Attack’s 3D for the best part of two decades, working […]

In the first of a new series of interviews with people enjoying a successful career in the audio industry, producer and film scorer Neil Davidge reveals how listening can help in any studio situation, and that gear isn’t everything…

Neil Davidge teamed up with Massive Attack’s 3D for the best part of two decades, working on much of the band’s output in the roles of writer, arranger and producer. He has also worked as a remixer, composer and producer on tracks by Snoop Dog, Primal Scream, Elizabeth Frazer, David Bowie, Craig Armstrong and many other high profile artists. His music has backed ad campaigns by everyone from Jaguar to Adidas and his move into movie and game soundtracks has seen him score some big screen action including Miami Vice and Halo 4.
Davidge’s debut solo album, Slo Light, featuring Sandie Shaw, Cate Le Bon, Karima Francis and more, is out now. 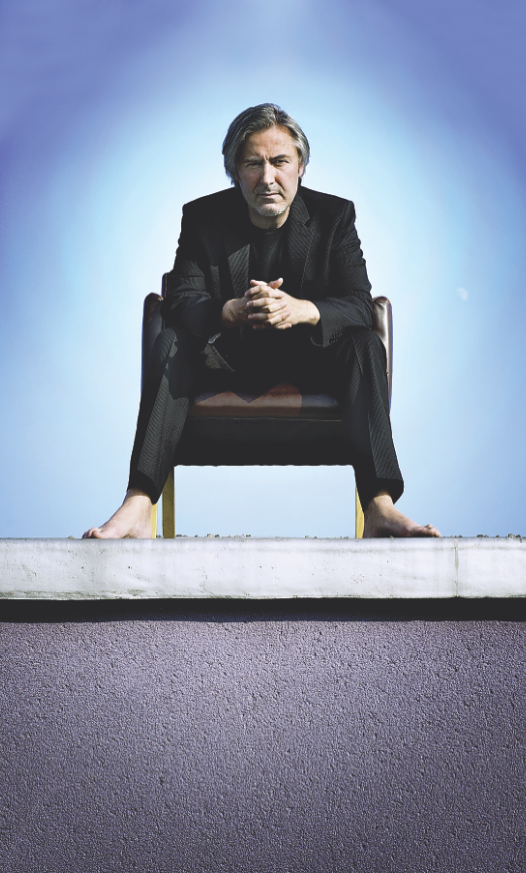 MusicTech: How did you get into music making and production?
Neil Davidge: I’m Bristolian and proud. I started messing with tape recorders and home-made instruments at school with friends until we eventually decided on a name for a band and figured we should really buy some ‘proper’ instruments. I took to the bass at first but, after a while, shifted to the guitar and eventually singing as well as writing and arranging most of the material.
After signing a record deal I bought a 16-track recorder, a mixing desk, an Atari ST and a rather large hard drive (300MB cost me £3k back then!). Then I began to record, produce and write with and for various artists, but principally the band DNA who had a hit with the Suzanne Vega song Tom’s Diner. So began my ‘pop’ period.

I then worked with a bunch of mainstream artists including the Minogue sisters and although, for the first time in my life, I was earning money from my passion I found myself disillusioned and losing that passion with each painful vocal take. I made the break eventually and then produced a stoner rock band from Bristol who I’d helped get signed to RCA.

It was on these sessions that I met 3D (Robert Del Naja) from Massive Attack and got talking about gigs and favourite albums and found we had much in common. Soon after I joined them on a session for a track for the Batman Forever soundtrack and from there began working with the band full time on what was to become their third album, Mezzanine. I co-wrote and co-produced three studio albums and a number of side projects and film scores over the next 18 years with the band, working most closely with 3D.

I was keen not to let things get stale and towards the end of the album Heliogoland I told Robert that I wanted to do my own thing and we amicably split our business interests and I set up a studio on the other side of town. My intention was to focus on scoring movies. I’d already scored the movie Push as well as co-scoring Clash Of The Titans, but my first project in the new studio was for the game Halo 4. Just prior to securing the game I’d begun working on a solo album and after the two years it took to complete the score, I then set about finishing my first solo album, Slo Light. Since then I’ve scored the movie Good People and I’m currently scoring Monsters: Dark Continent [sequel to the film Monsters].

MT: What is your overall philosophy or trademark when it comes to music production and composition?
ND: Music communicates emotion more directly than any other artistic medium. Music is not just melody and rhythm, it’s also sounds and textures, associations, and experiences. I combine electronics, sound design and real instruments in order to create a unique and deep emotional connection with the listener. I’m also a nice guy and work really hard.

MT: Talk us through one of your production processes that you tend to use most often and that perhaps defines your sound over others…
ND: I have no tricks and no secret processes and instead take each project on its own unique merits. I trust in my gut instincts and those I work with and
my wealth of life experiences and studio
experiences to nudge me in the right direction. In turn, these help me to nudge the people I work with or for in the right direction.

MT: Describe your ‘sound’?
ND: I really don’t think I can or want to.

MT: The role of producer seems to be a many and varied one. How do you define it?
ND: The underlining role of the producer is to assess what the project needs and make sure those needs are met, if not by himself then by others. This includes battling record companies to make sure the artist makes the record they want to make while at the same time making sure the artist themselves don’t sabotage their own career. 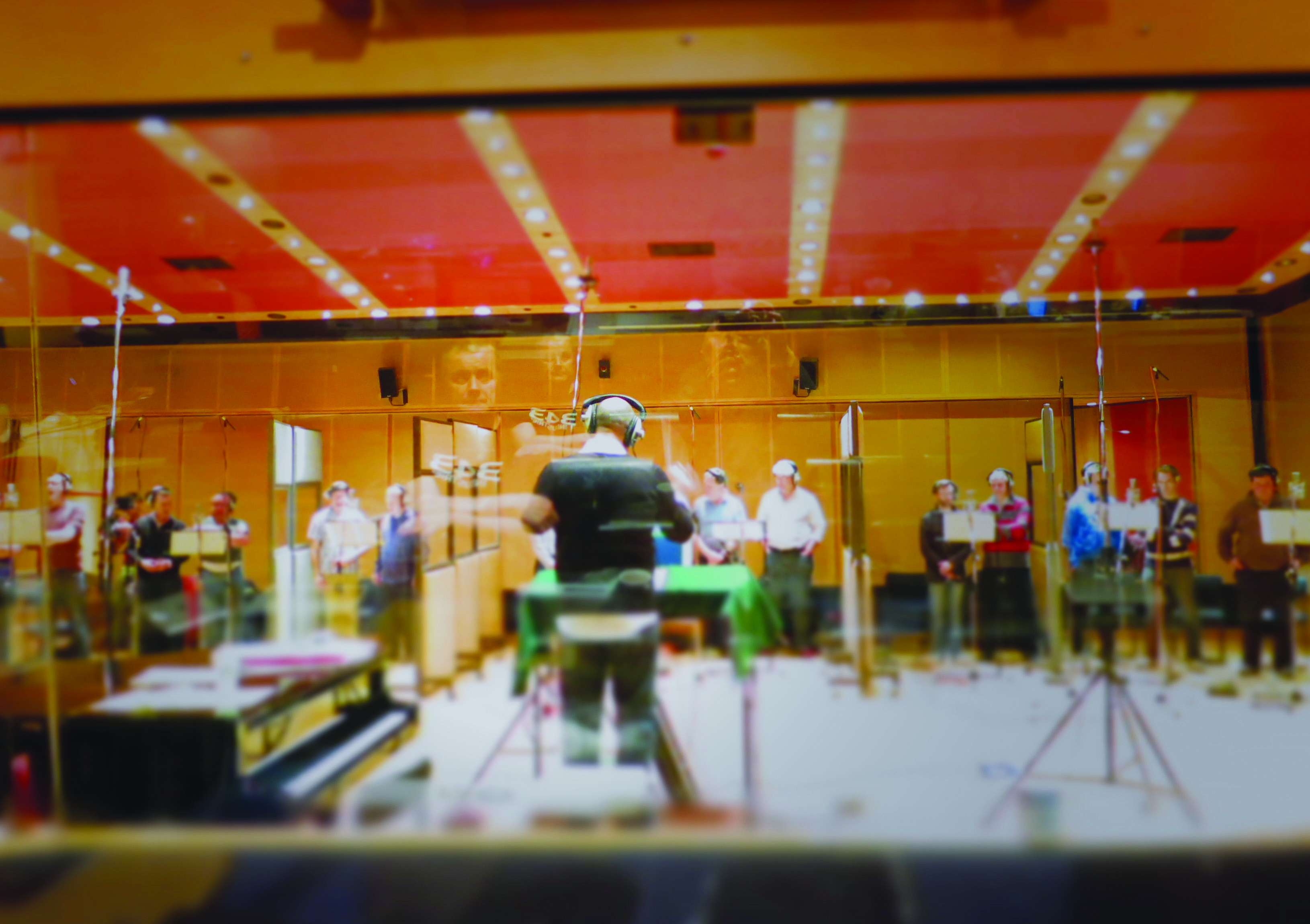 MT: What would you say your input is in a typical project?
ND: Writing, producing, arranging, inspiring and directing musicians; overseeing programmers; getting into the head of the artist or main creatives; organising sessions; and dealing with the money men.

MT: Over the years what advice have you picked up from working in the music industry that you can pass on?
ND: It’s important to listen to the ‘advice’ of others, hear what’s useful to you and at the same time to be confident in your own instincts enough to politely disregard it without having a crisis. No artist, producer, composer or engineer with any kind of sustained career has gotten there alone, each has had to work closely with others. I listen to everyone, from the musicians to the cleaner.

MT: And from working in the studio?
ND: That what you know comes second to what you feel. If you stop listening with your intellect and instead listen with your gut then magic happens and ideas flow. The other thing is, it’s not about the gear, it’s about ideas. I can do pretty much anything in my studio but some days I’ve got no ideas and no amount of gear is gonna save me. 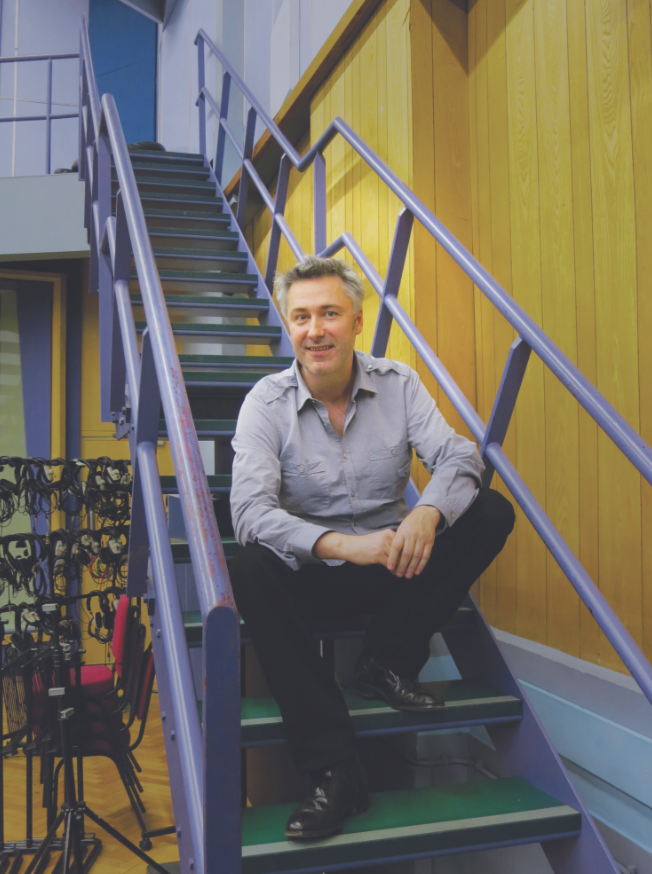 MT: So, talking of the gear, tell us a little about your studio: the main components, how it came together and so on…
ND: I have a 5th floor converted apartment studio with three writing rooms in the heart of Bristol. I have a co-arranger (Drew) and programmer (Tom). We each run Pro Tools on Mac Pros with a wide selection of plug-ins including UAD, Waves, GRM, Ohm Force, Sonnox and SoundToys. Drew and I both run VSL Ensemble Pro on satellite Mac Pros for our Kontakt sample libraries (Spitfire Audio, Soniccouture, Heavyocity, Project Sam and many others). We have a selection of instruments, guitars, basses, drums and percussion, a cello, a kantele, an ARP 2600, Moog Prodigy, Arturia MiniBrute as well as various soft synths including the complete Arturia set and various from Native Instruments. Outboard these days is mainly mic pres from Focusrite and Calrec – all other processing is done in the box. I’ve had many set-ups over the years, starting with a 4-track cassette tape recorder to a full SSL G series studio with a load of outboard, but these days I prefer the flexibility of working in the box.

MT: What are your favourite sound generating studio tools – synths, guitars and so on – and why?
ND: That changes from day to day and project to project but I always have fun with the ARP and the kantele played with four e-bows always seems to end up with me having a few hours worth of audio to trawl through. I like surprises and I like unpredictable stuff – it feeds my creativity.

MT: And outboard – what plug-ins or outboard do you find most creative and most useful in the studio on a day to day basis?
ND: The UAD stuff is generally great-sounding – their emulations of classic studio gear stacks up really well against the real thing with the added bonus of instant recall. I use the Sonnox EQ as an everyday EQ. More creative plugs are the GRM collection and I love the Waves stomp box plugs too. All of the above give me limitless power to mash up and sculpt but if you give me one EQ, a tone generator and [Pro Tools] D-Verb, then I’ll give you an orchestra.

MT: What would you like to see developed in terms of studio technology and why?
ND: The one downside of using computers and software is latency, especially when playing over an already stacked-out session. There’s nothing that kills the vibe more than when you wanna play something new in and then your whole session spazzes out. I’d like to see software developers pay more attention to latency when you’re creating music rather than when you’re simply mixing it. Also, it does annoy me a bit that the knobs on gear emulations aren’t optimised more for using a mouse, it can really put me off using an otherwise great sounding plug-in.

MT: When working on your own music, how does a track come together? What inspires and what comes first in the song?
ND: I usually try to find a sound that inspires me first – it can be anything: melodic instrument, drum sound, sonic or voice. I start there, then improvise, find a core idea and build on it without passing judgement too much and allow the process of creativity to find space and its feet.

MT: Tell us about your latest release, the thinking behind it and why people should get it. Plug away!
ND: The album is called Slo Light. I wanted to make the most honest and authentic record I could. I’ve been making music for other people for a long time and I wanted to see what would happen if I was the sole decision maker and free myself from having to run things past someone else. You should get it because it’s very good.

MT: What have you got planned for the near future?
ND: Finishing this score and then taking a break. I’ve barely had a day off in the last year, even worked over new year this year so a holiday of some sort would be most welcome! After that I need to start planning how to present the album live.