Midnight Juggernauts are a three piece band formed in Melbourne, Australia – the three members, Andrew Szekeres, Vincent Vendetta, and Daniel Stricker have a genre-defying electronic/rock/dance hybrid sound that has won acclaim worldwide. Their new album ‘Uncanny Valley’ was released on June 14th this year and has been well-recieved by critics, as were their previous two […]

Midnight Juggernauts are a three piece band formed in Melbourne, Australia – the three members, Andrew Szekeres, Vincent Vendetta, and Daniel Stricker have a genre-defying electronic/rock/dance hybrid sound that has won acclaim worldwide. Their new album ‘Uncanny Valley’ was released on June 14th this year and has been well-recieved by critics, as were their previous two records ‘The Crystal Axis’ and ‘Dystopia’ They are currently about to embark on a tour that is beginning in their native Australia and will go on cover more countries around the world. The band have also previously toured with the mighty Tamala Impala

We caught up with the band to chat about their new record, production techniques and career to date 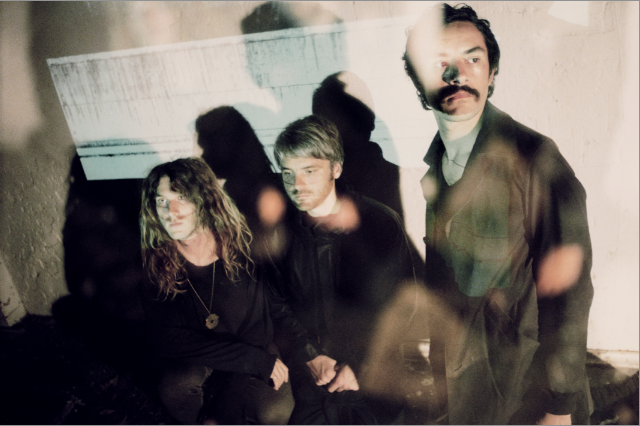 How did Midnight Juggernauts first form?
Vincent: We formed in 2004. In the early days it was first Andy and I in Melbourne and we’d just play friends house parties and other strange events in warehouses. We’d jam with synths and drum machines and make a racket. We started to get a bit of a following and released some Vinyl and then ran into Dan up in Sydney who joined the band. Eventually we put out our first album in 2007 and this is our third. There’s been a lot of travelling and surreal music activities during that time.

How do you normally approach new material, do you write together or individually?
All our songs have a different approach. Sometimes one of us will have a sketch of a tune which will be created separately, and then that will be brought to the band and finished off. Or sometimes we’ll all jam on a riff and turn it into a track. Often we’ll jam on a progression and eventually do some slight altering where it’s structured more like a song. We like playing with different approaches which can be quite varied when you’re playing with both electronics and real instruments.

‘Memorium’ is the band’s latest single, taken from Uncanny Valley

When did work begin on Uncanny Valley, and how would you describe the sound of the record?
After 2010 we’d spent most of our time touring and travelling through europe and the states, and I’d earlier moved out of my house so was living more in airports and hotel rooms. After that point we went back to Australia to have some time out, just to have some fun away from schedules and wake up calls. We dived into a bunch of side projects and travel and other experiences, though we still found ourselves writing music. We eventually went to this French country village in the Loire Valley and wrote and recorded there in an old church. That formed the basis of the album and we finished it off when we were back in Australia. It was an interesting way to work with no time constraints and probably made the whole process quite relaxed. When I hear the album I still feel that relaxed vibe, even though the record has more dance and upbeat moments. We’ve had friends describe it as Fantasy Journey Pop and someone else called it Art-rock electronica. I’m fine with these descriptions.

Which of your releases are you most satisfied with creatively?
We like all of our albums to have quite different moods and personalities. Each new release is like a different chapter or a different era. All our releases will have a cohesive thread which gives them our sound but we like them to have their own tangents. I guess I like different creative moods of our albums depending on what mood I’m in when listening. 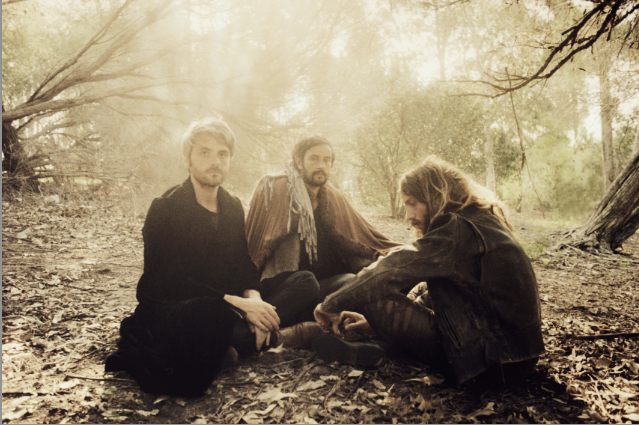 What software/hardware do you use in studio?
We normally write early sketches of songs, or at least archive initial ideas using Ableton. It’s just an easy tool to use while travelling. Then we’ll take things back to the studio and construct pieces using Pro Tools. There’s lots of other toys we like to use like space echos, prophets, moogs and whatever else fits in the room at the time. 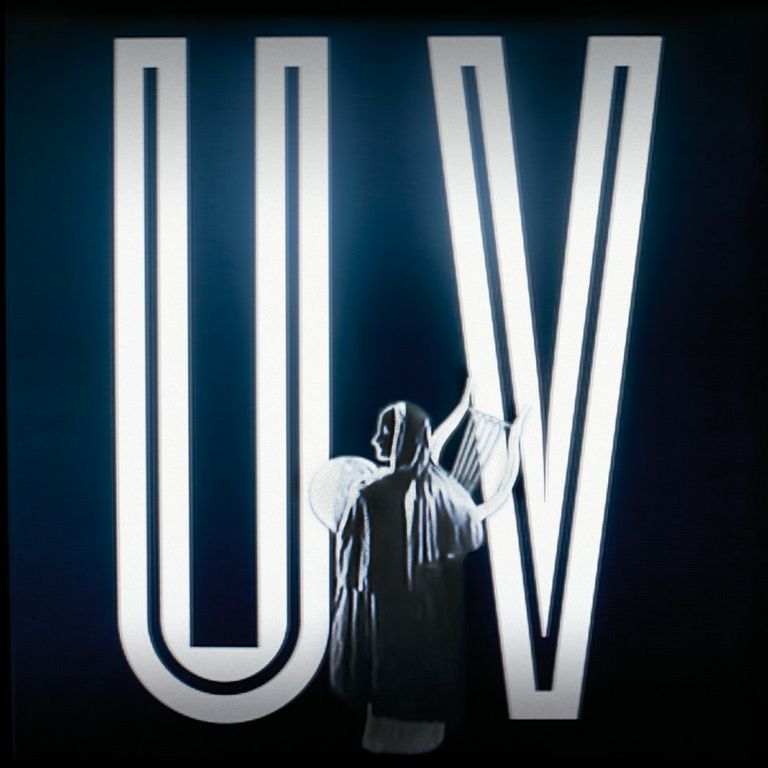 What gear and instruments do you use for live performance?
Our live set up is often changing. We’ll usually have a bunch of synths like the Moog Voyager and RS202. We’re trying to limit it to instruments which don’t fall out of tune. Plus a Nord Stage and some others for organ and other sounds. Dan also has some drum machines plus SPDS sample pads so he can trigger more sounds while playing. There’s also a lot of pedals and other toys. We have a pretty big set up with electronics and guitars and bass and drums, which often means excess baggage fees at airports. We try to be polite to airline staff when checking in. 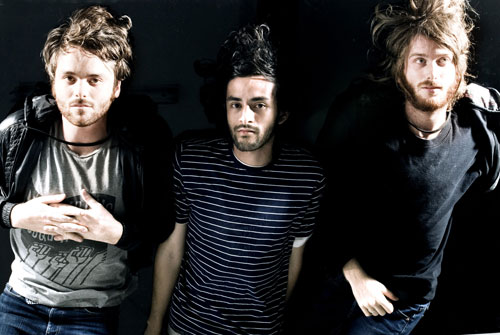 What’s next on the agenda?
We’re going to do a tour in Australia with Kirin J Callinan. And more touring overseas through the rest of the year. Plus we’re still juggling various audio visual side projects which should keep us busy.

Thanks for talking to us guys! Be sure to check out Midnight Juggernauts’ official website for more info on the band’s new album and tour.