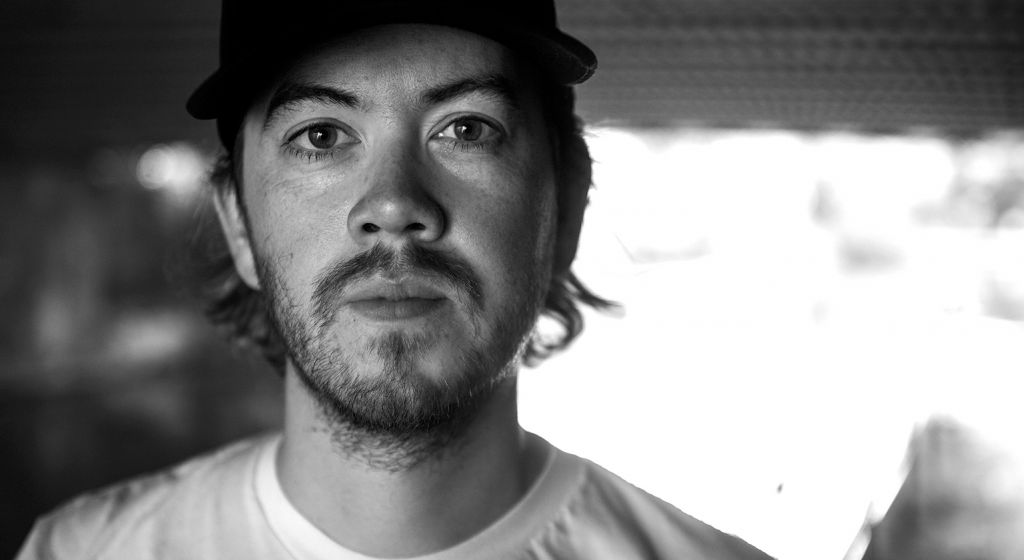 Nominated for Breakthrough Producer Of The Year at the MPG awards for working on Royal Blood’s How Did We Get So Dark (also up for an MPG Award for Album Of The Year), Jolyon Thomas talks exclusively to MusicTech about his favourite gear and getting both Royal Blood and Lara Croft into the studio. He also has the best studio advice ever – “listen more than you talk”…

MusicTech: Tell us a little about your background and how you got into production

Jolyon Thomas: “I started out as a drummer and was in bands growing up. In my early teens I managed to get hold of a little sampler so used to carry that about and make my own beats and loops on it. I also had a Tascam 4-track that I used to make demos on as well as a distortion pedal. So, before I knew it, I was recording a lot of demos and it just grew from there really. Naturally all my friends were artists and musicians so I ended up making records with them.

MT: How did the Royal Blood project come about?

“They were really looking to make quite a ‘produced’ record but still keep the raw energy of the bass and drums. They were also very open to having someone involved with song arrangements and take everything to the next level sonically and otherwise. We met up a few times and it was great. I think that because of my background as a drummer and indeed a guitar player I was able to really help them harness the sound on this record without polishing it too much. It’s pop songs in rock clothes.”

MT: How was it working on the album How Did We Get So Dark?

“It was brilliant, yeah. The guys are very funny; it was such a good laugh. We all appreciated the position we were in so we just went for it. As anyone who has been to [Brussels based] ICP Studios will tell you, they have quite a collection of statues. One night the guys had a few too many and systematically dragged each and every prop into the control room. This included, but was not limited to, life size figures of Lara Croft and James Brown plus a giant Coke cup and a Christmas tree! I won’t tell you what happened afterwards…”

MT: Tell us about getting the MPG nomination…

“I can’t remember how and when I heard but needless to say I was really happy! Us producers don’t often mix with each other – it’s somewhat a loner’s job. The great thing about the MPG for me is to meet like-minded people. I am honoured to be respected by other producers and engineers.”

MT: Tell us about your own studio set-up – what’s at the core?

“I have two studios at the moment. One based around an Avid HD system and the other has a UAD Apollo. I also have two extra UAD satellites. One to carry with me and one for one of the studios. Monitoring is with Unity Audio Rocks and a Shadow Hills Equinox. The 6176 is my favourite channel strip so that gets a lot of use. I tend to gravitate towards valves and that sort of thing. That’s the heart of it really. Of course the the instruments/artists are the source.”

MT: And what about plug-ins?

“Wow, where do I start?! UAD API is killer – I couldn’t live without that now, especially the EQ. Of course the UAD LA2A and 1176… just because! I can’t wait to try their Distressor (I have them in real life also) so this is really gonna be a game changer for me. The UA Helios is also a ‘go to’ on bass. On the flip side I also really lean upon the most basic plugins: the simple Waves RVox, RBass, and Q3 and all of the out of the box Avid stuff that you get free with Pro Tools. And everything Soundtoys!

MT: Which do you use the most and why?

“I use the UAD 1176 and Soundtoys Decapitator on vocals. To me the vocal sound is very important. I also use parallel processing a fair amount so will go through different compressors to see which has the best atmosphere for that voice. I also often tend to bus things together, so on drums, for example, I might have a UAD Pultec and an LA3A on the stereo mix of the kit. Sometime it’s very dramatic, sometimes not. No rules.”

“I’ve probably got too much stuff to be honest! I actually like limitation, but having said that I have a list of 100 things I want, ha ha! But a pair of Neumann U67s would keep me happy. That’s my favourite mic.”

MT: What is your number one piece of advice for working with artists in the studio?

“Don’t think you know what to expect from them. Create some space in the studio for ideas to breathe and they might surprise you and themselves. Recording to me is a compromise; you are there for that moment in time so you just have to make the most of it and be bold. If you go looking for perfection you will never find it.”

MT: And your top recording/mixing/production advice?

“Often the best productions aren’t what you think they are. For example with Royal Blood most people probably imagine Mike [Kerr, vocalist and bass player] is playing a guitar and they are a ‘standard’ band. The point being is that I think you can experiment with the sound a hell of a lot to discover your own sound. Production for me really comes down to finding the most emotion out of that song and artist and I find that with experimentation.”

“Regarding engineering/mixing I think incremental differences can add up to quite a lot of the sonics. So this can work for or against you. For example if you keep EQing a guitar at 3kHz and you track it up 10 times then your gonna have a lot of 3k! This might seem really obvious but it’s important. I tend to commit to sounds pretty much immediately. People often ask things like ‘how did you make that vocal sound like it’s coming out of an amp?’ The answer is the singer is singing through an amp! Be bold and commit.”

MT: And finally your advice for anyone wanting to do what you do!

“I never wanted to be a producer, or rather I never really had a specific goal of this being my job. I would encourage anyone to go and create and work with like-minded people and support artists in any form. It might be that you are a fantastic engineer, it might be that you are an amazing programmer, or you may keep finding great new artists so would suit A&R. You’ll find most of the people in these jobs have done many different things to get where they are. However if you really still want to be a producer after all, then my advice would be: listen more than you talk.”