So You Want To Work At Abbey Road? – John Barrett Interview

Meet John Barrett, a senior recordist at Abbey Road. John has been at the studio since 2005 and is part of a team of in-house engineers at the facility. He has an enormous range of experience working on albums, film, TV and video-game scores, and working with live recordings at the studio. MusicTech sits down […]

Meet John Barrett, a senior recordist at Abbey Road. John has been at the studio since 2005 and is part of a team of in-house engineers at the facility. He has an enormous range of experience working on albums, film, TV and video-game scores, and working with live recordings at the studio. MusicTech sits down for insight into his wide-ranging and fascinating job… 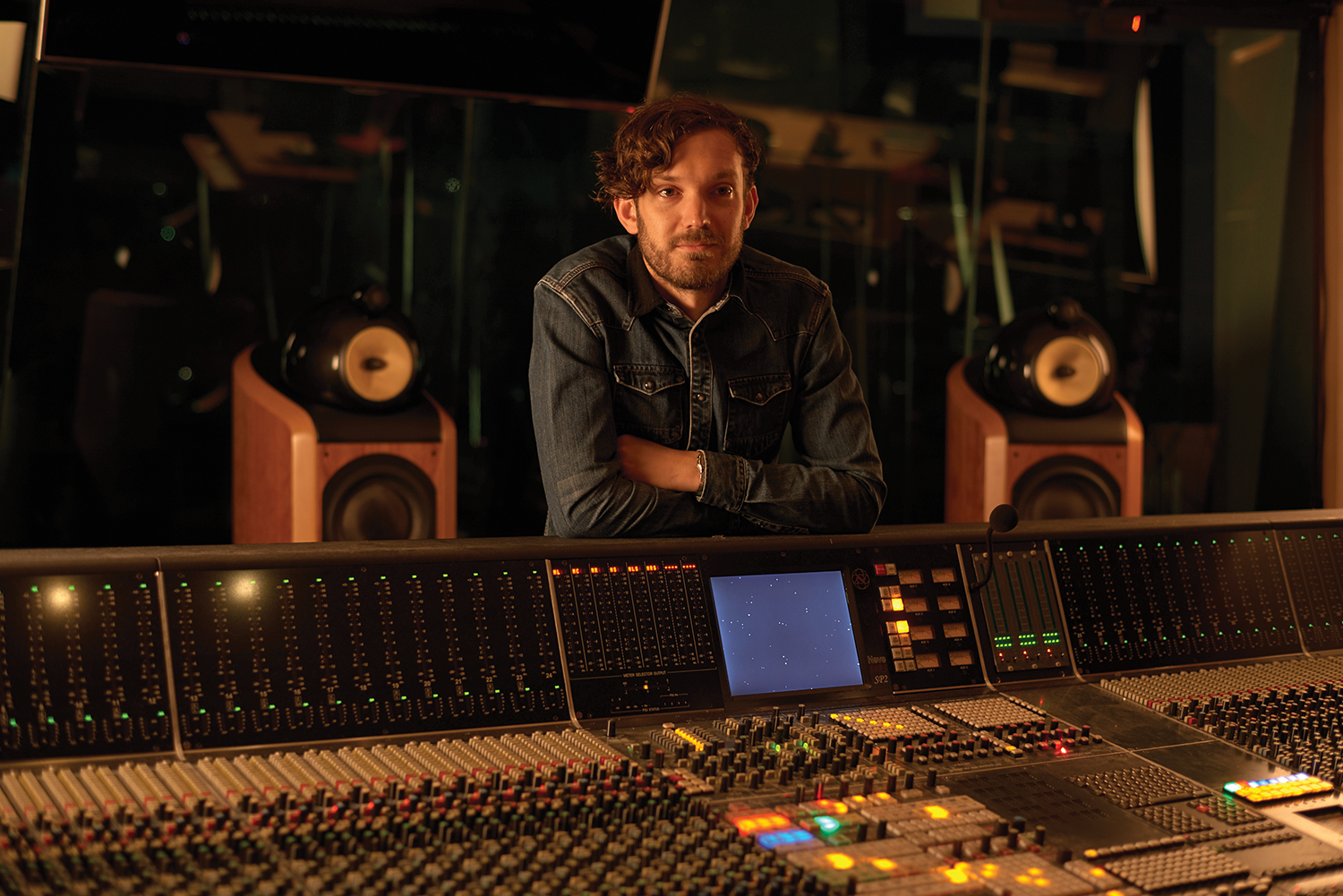 MusicTech: How did you first get into recording?

John Barrett: As a kid, I’d played in bands and had access through the school to a dodgy old four-track and a couple of dynamic mics. You’d bounce it down to one track and think it’s amazing, because you could then record another track. I was doing things like distorting the mic pres to sound like Joe Meek and from there, I decided I liked the recording side of things, rather than playing. I was lucky to be part of the first generation that had access to computers for music making and my dad was into it, too. He had a Korg synth and Cubase, so he got me a sound card, then I got a Mackie desk, the usual sort of thing.

MT: So you decided to turn that interest into a career?

JB: Yes, there was something more appealing about crafting a sound. So I decided the path I wanted to take: a degree course, Music And Sound Recording (Tonmeister) BMus at the University Of Surrey, and back then, there were only 24 places a year.

MT: That course is very highly regarded, isn’t it…

JB: Yes, there’s now almost a network of people composing or recording who did the course. There are lots of us in the industry now. It’s a very academic course, lots of maths, physics, electronics and acoustic theory. In your first week, you could assist the final-year students who’d had placements at Abbey Road or AIR, or wherever, in the three studios at the Uni. We’d do all sorts of different things, recording chamber concert or bands, using a 24-track Neve VR mixer, a two-inch tape recorder – all of a sudden, we had access to a professional, high-end studio.

MT: Tell us about how you got the job here at Abbey Road?

JB: The other reason the course is so successful is the placement year. So, if a studio wanted a runner, for example, they’d look at the CVs from the Tonmeister course, because in the past, it worked out really well… I thought my interview went well until I said: “I want to be a mix engineer, but I’m also interested in mastering” and as soon as I mentioned mastering, they thought: “Well, we’ll have the other guy,” as it wasn’t what they were after. I was absolutely gutted, but it just so happened that they did like me and I got a phone call six weeks later saying there was another job, another runner placement. So I did my placement year, making tea and plugging headphones in. It’s a really great grounding. You know that you can set microphones up and get a sound together, but unless you can deal with people, you’re never going to be successful.

MT: How do you progress at a place like Abbey Road?

JB: Well, it can be pretty slow – which is both a blessing and a curse, because when you do get presented with opportunities to progress, you’re more than capable of dealing with them and I think everyone here is capable of being one level up from where they are. I now probably spend about 40% of my time engineering, 50% of my time as a recordist running Pro Tools and 10% of my time drinking coffee! I’m in the fortunate position to be doing a lot of engineering now.

MT: What are your highlights of working here?

JB: Being on the session recording Sigur Rós in Studio 1 was amazing, as I was a massive fan. So even though I was just the guy plugging in the mics, I didn’t care. It was like: Sigur Rós in Studio 1, with an orchestra and a choir, recording it live to tape and Pro Tools, with Flood sat there. They were like: “We’ve got a three-hour session and we’ve got to record one track,” so they rehearsed it for two hours. And because you’re staff at Abbey Road, the band want to talk to you about stuff like: “What’s your favourite bit of gear?”. So these are some of the people I’d idolised as a kid and they were asking me about what mic choice I’d use! And being part of Elbow’s Seldom Seen Kid…, being a part of recording the whole album live was special, too. If you watch very carefully during the first track, there’s a little silhouette of me crawling down the side, because we’d started recording and I’d got a message in my ear saying: “We’ve lost all the bass mics, John!” So that’s me crawling along the floor with the biggest four-way you’ve ever seen and fortunately, the basses didn’t play in the first track!

JB: Well, it varies day to day. We’re so lucky that we have so much quality vintage gear in such good shape we get blasé about it. The mic cupboard is ridiculous, but you can’t really beat a Neumann M 50.

MT: And compression and EQ?

JB: Obviously, you’re spoilt again. I never understood the Fairchild 660 but now, having worked with some of the older guys, once you’ve figured it out and what it does, it’s absoutely amazing. I was too cautious with it at first, but you slam it. And the 1176 is everyone’s favourite, right? You can’t get a simpler set of controls and it’s perfect to get a sound straight away, but once you’ve had the opportunity to see a couple of other people use it in a different way, play around with the Attack and Release time, you can really get to know it.

MT: Have you put the Waves Abbey Road plug-ins side-by-side with the real thing?

JB: The process they go through to get them to sound the way they are is so intensive that when you put them side-by-side, it’s so, so close. Even the weird quirks of the original, like the plate reverb, have been emulated, too.

MT: Are there typical setups for recording orchestras and bands?

JB: From a workflow point of view, I’ll use the analogue stuff on the way in and the plug-ins when it comes to the mix side of the post-production. You’ve got to use them as you might not be in the same room the next day, or have time to reconfigure it. But I try and commit as much as I can on the way in as analogue. When you’re doing orchestral recording, you want to keep it as clean as possible generally. The cleaner the signal path, the less likely it is that something goes wrong, so you don’t use much in the way of outboard. But with rock ’n’ roll or bands, you want to compress it on the way in because people respond better, they play into the compression.

In terms of setup, with an orchestra, you’ll go in the night before and it’s all about preparation – making sure everything is set up, checked and tested. You don’t want 100 musicians sat there doing nothing – it’s probably £150 a minute! We’ll have planned the setup previously, so we’ll know where everyone is and what mics are going into which channels. Everyone mucks in and there’s a really good community spirit. You check the mics are working, so you play music out through the room first and just listen to the mics and set levels… It’s all about checking and double-checking. If there’s a slight crackle on anything, change it. On the day, I’ll check all the mics again, then you start balancing when the orchestra starts warming up.

With a band, it’s at your discretion. We always try and get a level of preparation setup, but because the setup is much less in a smaller room, you can mic up a drum kit relatively quickly… The pace of work is much quicker than it was, which is good, because I don’t think I could be that guy who spends
four days getting a drum sound.

MT: What’s the biggest challenge when recording an orchestra?

JB: You want to keep things moving. You don’t want to be bogged down in one particular thing. There’s always one cue in a film that’s a nightmare, that’s difficult for the musicians to play, so you lead them through it or say you’ll do it as a separate overdub. The majority of the time, they get to see the film, as the music has been written to the picture before it comes here. Although just recently, the film was so violent and graphic that they requested that we turn it off, as they were getting distracted!

MT: What advice would you give our readers if they want to follow a similar path?

JB: You just have to keep doing it all of the time. A piece of advice I got from a top producer once was: “Every single gig you do, try and do it better than the last. And it doesn’t matter what that gig is, find a way of doing it better.” Even if you don’t like the music or the situation, it’s about finding something within it to make it better, something you didn’t achieve last time. Approach it with that attitude: there is never a dull day.