The captivating and elusive electronic songwriter Jane Weaver has had a lengthy career that has already spanned 24 years. Ahead of the release of her latest record, Modern Kosmology, Andy Price chats to Jane about her compositional approach and some of the amazing tech at her disposal… From her initial forays into music making via […] 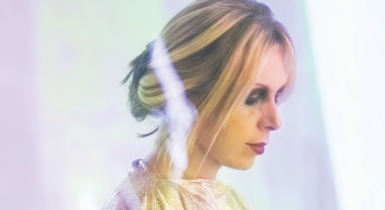 The captivating and elusive electronic songwriter Jane Weaver has had a lengthy career that has already spanned 24 years. Ahead of the release of her latest record, Modern Kosmology, Andy Price chats to Jane about her compositional approach and some of the amazing tech at her disposal… 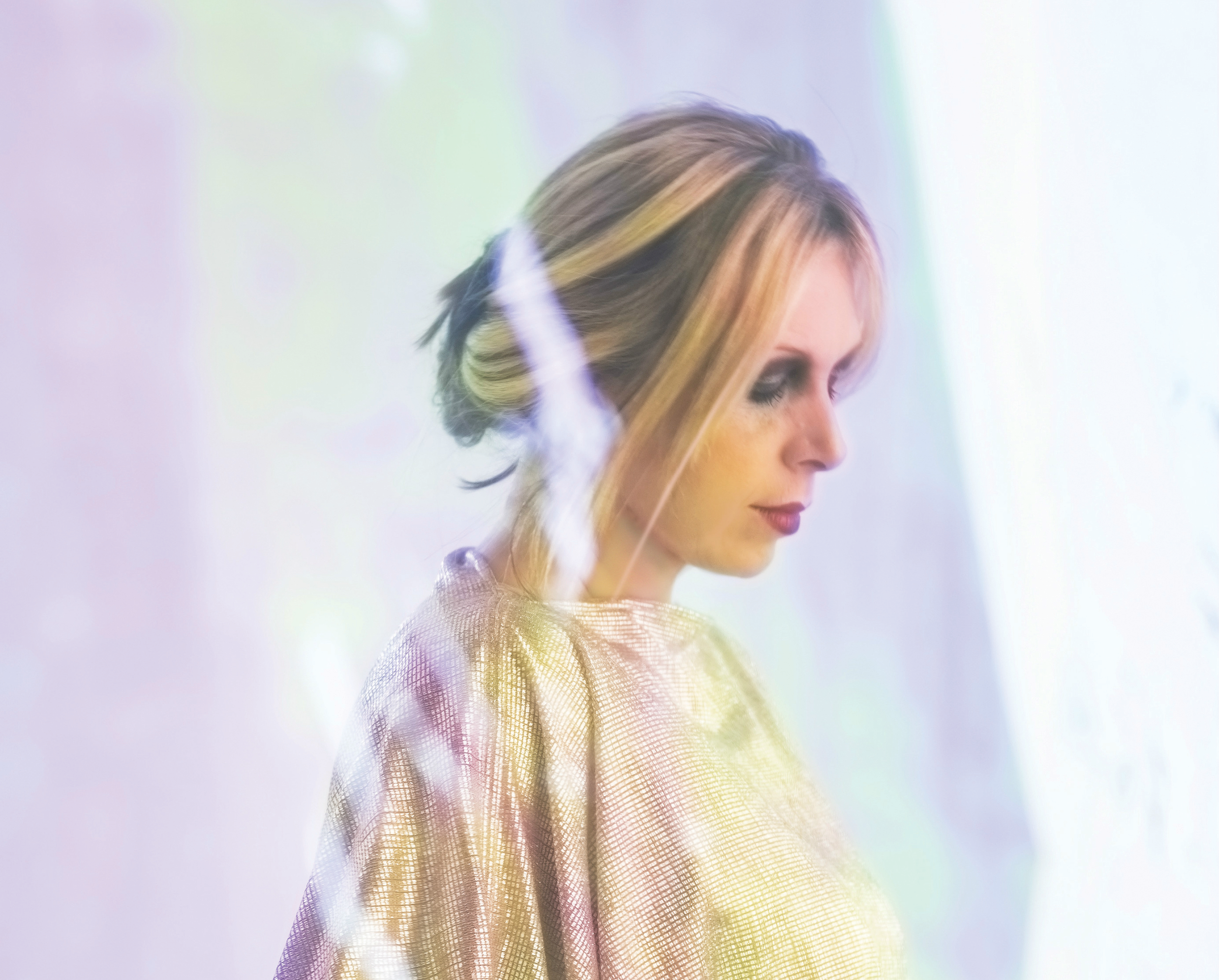 From her initial forays into music making via early teenage bands, her post-apocalyptic opus The Silver Globe to her new, philosophical psych-pop masterwork Modern Kosmology, Jane Weaver has had an enviable career. Using a variety of electronic and live instrumentation, she crafts textured compositions generally featuring Kraftwerkian beats, washes of guitar, ethereal vocals and pulsing injections of a wide variety of classic analogue synths.

Widely appreciated by the music industry, Jane even received a call from one admirer by the name of Chris Martin (yes, that one) who asked for permission to use one of Jane’s samples on Coldplay’s 2014 album, Ghost Stories. We caught up with her to find out how she’s maintained such a vibrant and forward-looking career…

MT: When did you first start writing music?

JW: “Well, I was obsessed with Kate Bush when I was six, and decided I basically wanted to do what she did – I loved all that music at the time. It was the 70s, so an eclectic mix of everything from ELO to disco was in the charts. I started writing silly pop songs but eventually, I wrote some more ‘serious’ stuff with a friend at high school. Her parents owned a pub and a karaoke tape machine with two microphones, you could make a live vocal recording on top of your own home-made backing track… This was amazing to me at the time – one of my first ‘hacks’.”

MT: So how did you develop from your early beginnings into a bona-fide artist?

JW: “I started recording in a band when I was 16 or 17 and eventually got a record and publishing deal aged 19. We were called Kill Laura and had a few records out, we recorded an album through Polydor. But unfortunately, our A+R man got sacked, so we got shelved! We eventually got rescued by New Order’s manager (the legendary Rob Gretton) who was starting a new label in Manchester, but after a while the band split up so I became solo. Sadly, just before the release of my solo album, Rob passed away in 1999, so that album didn’t come out either.

“I then went on to work with labels such as Andy Votel’s and Badly Drawn Boy’s label Twisted Nerve, and formed a new group, Misty Dixon. Eventually, I started releasing solo records under my Bird imprint – first with Pias, then Finders Keepers Records. I’ve just moved to a new label, Fire, and this is my sixth solo album.”

MT: How does a typical song start for you? With music or lyrical ideas?

JW: “I generally start with an idea in my head for most songs, it’s either a full thing with visuals and clear parts, or a loop of something. I’ll occasionally write with a guitar or synth – I make skeleton tracks on GarageBand, or just use voice memo, or sometimes I’ll video synth parts, then I take them into the studio. Some songs have the band playing on them, but I quite often change or dissect stuff to try and make it more interesting, so for example, I’ll combine samples of real drums with a drum machine.

“The studio where I work, Eve Studios, has lots of interesting equipment, so sometimes I’ll hit on a rad sound and that will inspire other things. I’ll take stuff back home and the listening-back process and time allows you to make things better (I think!). Then I’ll go back to stuff, or start something new if I’m bored. To me, making an album is like a treasure-hunt map, it doesn’t make sense until you solve the clues along the way… you have snake pits and whirlpools and beautiful landscapes to deal with. 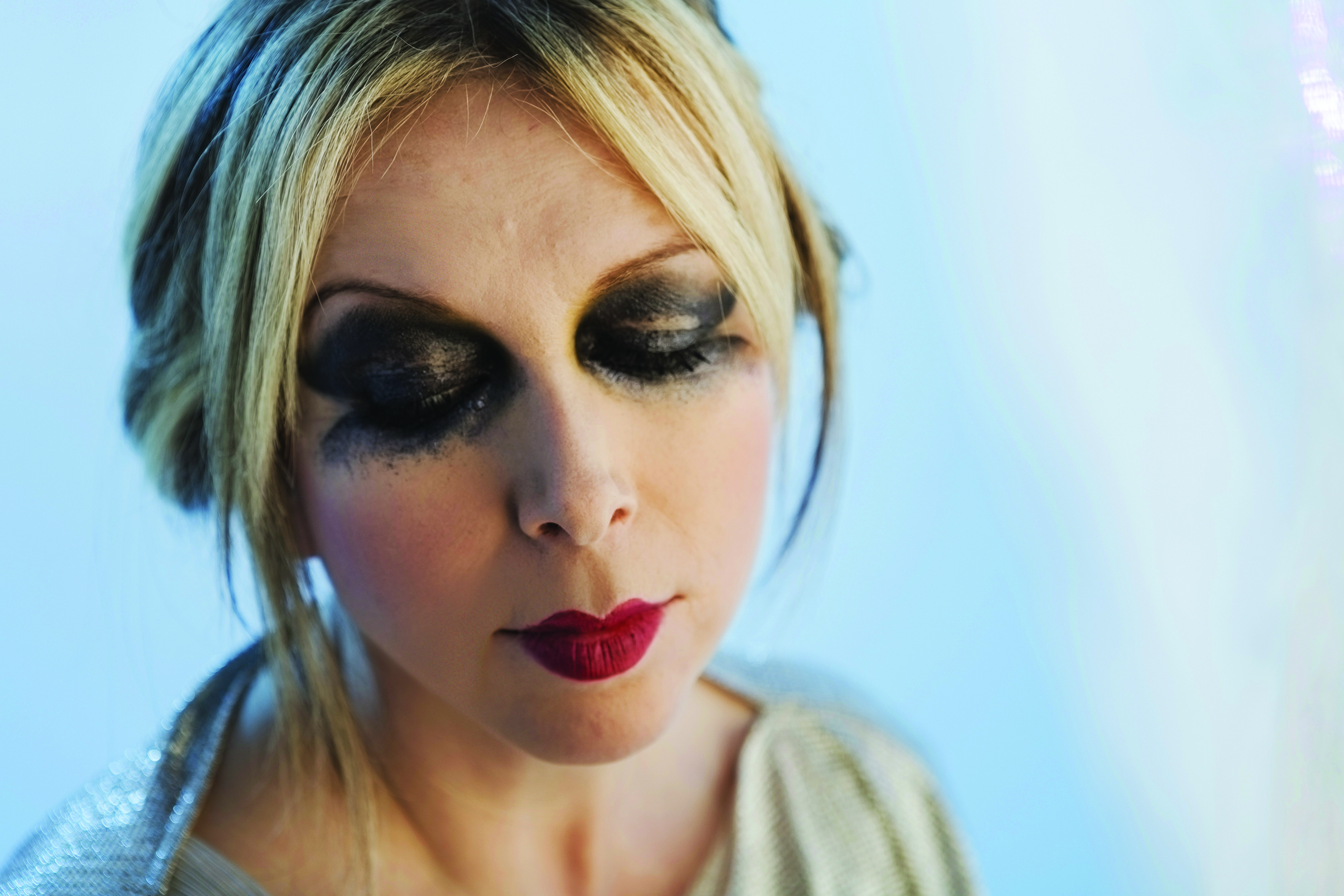 “For this album, I was inspired by process and how other people create, looking more towards female avant-garde artists or unusual practices. I stumbled upon Hilma Af Klint who was an artist in the late 1800s onwards; she used seances and automatic drawing from channelled energy to paint, sometimes for days on end, until collapse. I was also inspired by a visit to the Isle Of Eigg in Scotland, because we had a gig there, and then Anglesey in Wales, as I was drawing on the landscape there and being surrounded by the magnetism of the sea.”

MT: What gear’s in your setup, and what instruments do you typically use to compose?

JW: “It’s very basic for composing at home. I use simple recording apps and sketch ideas with GarageBand, once the skeleton track is created, I’ll take it into the studio or send it to the band. I’ll use drum machine apps, too, or drum machines from my keyboards. I’ve got a Logan String synth, Roland Juno-6, Farfisa Bravo, Casio MT-46 and Novation Bass Station, with a Firebird guitar and WEM Dominator amp, plus a Copycat and some delays – which is kind of enough for the basics.

“My demos are pretty shoddy – the band always laugh – but I just want to get some of the key ideas down that I can hear, I don’t want to make them perfect. There’s no point labouring on them for too long… then, I’ll usually transfer these bare-bones demos to ProTools in the real studio and fix stuff and record on top. For The Architect for instance, I used the home demo to start and recorded drums on top in the studio.

“It depends on the track, really. I’ll keep writing; I also change stuff if I feel I can make a chorus or section better. I sometimes change the vocal melody if the one I’ve written sounds a bit ‘keen’ to the track.”

MT: What software/hardware do you use to record your mixes?

JW: “At Eve Studios where I record, they’ve got a Calrec desk and I use Pro Tools as my primary DAW. There’s lots of different compressors and rack-mounted gear there, some boutique stuff, too. There’s also a good selection of mics. I hammered the Publison digital delay! Sometimes, we use plug-ins for time-stretching and sampling, or Auto-Tune stuff to make it sound more synth-like.” 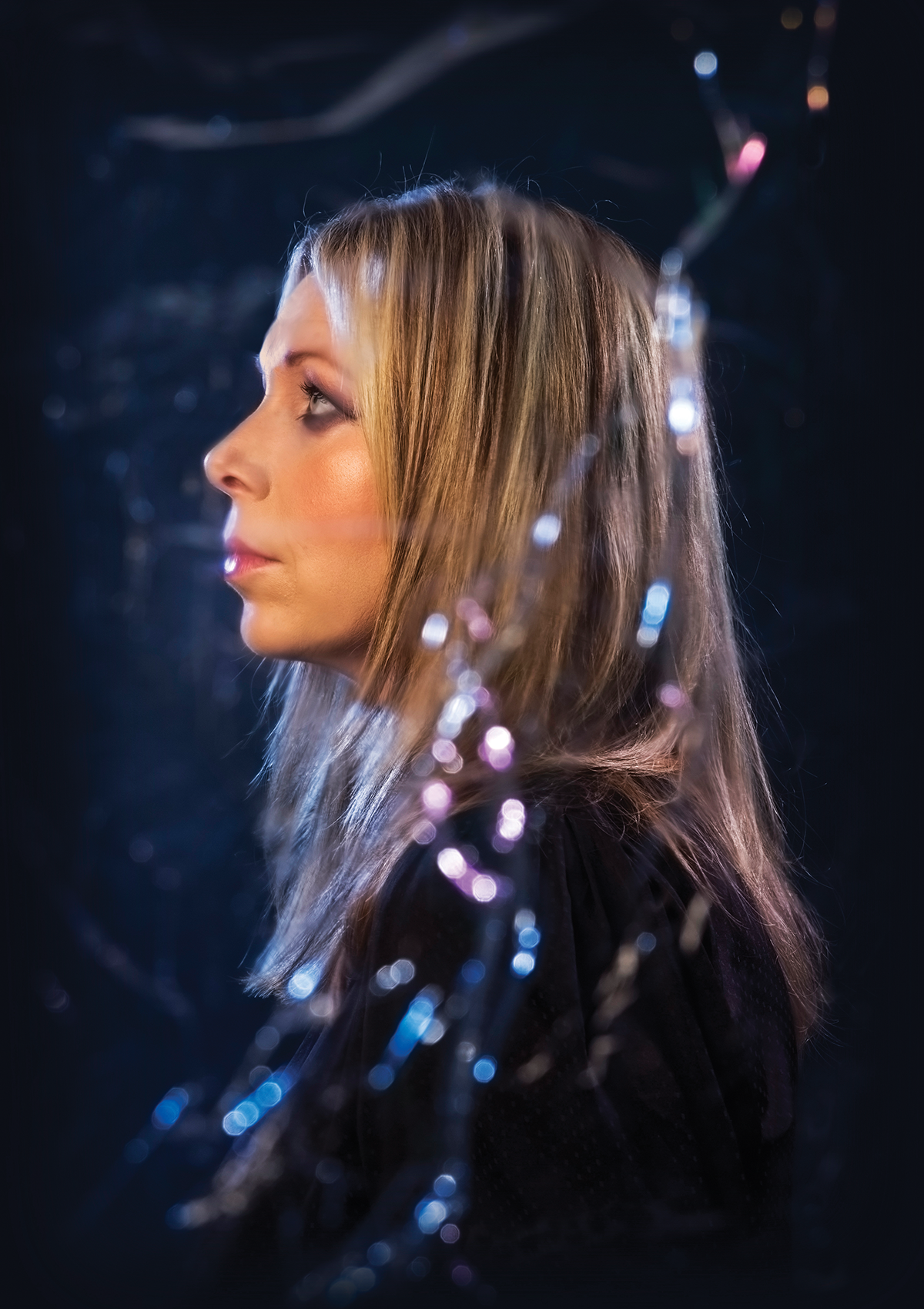 MT: Do you have any software/hardware that you’re keen to get hold of?

MT: What was the writing/recording process like for Modern Kosmology and how long did it take?

JW: “I started around Autumn 2015 and delivered it in January 2017, so last year I was completely immersed in the creation process. I wasn’t in the studio for that whole time, though, I actually recorded a lot more songs which have yet to be finished, as I wasn’t too sure exactly where I was going for a while.”

MT: So what instruments are most prominent on the new record?

“Our guitarist Pete Philipson has lots of nice pedals. In the studio and live, he uses a combination of Boss Space Echo, Gurus Echosex 2, a CE-1 and an Electro-Harmonix HOG for all those weird pitch-shifting and guitar-synth tones on Did You See Butterflies?. And for distortion, a Boss DS-1 and SansAmp GT-2.”

MT: How do you perform the songs live – do you emulate the studio mixes, or take the compositions in different directions?

JW: “I like to try and make it sound close to what I’ve recorded, but bigger, really. I’m not really into deliberately doing a different live version of something unless I have to. I spend so much time in the studio making and deciding on synth parts and sounds that some of them can’t be recreated live, because I either don’t own it or it’s not possible to ever get that sound or timing again without the help of technology! I play some synth bits on a Roland SPD-SX, and everyone plays their parts live.” 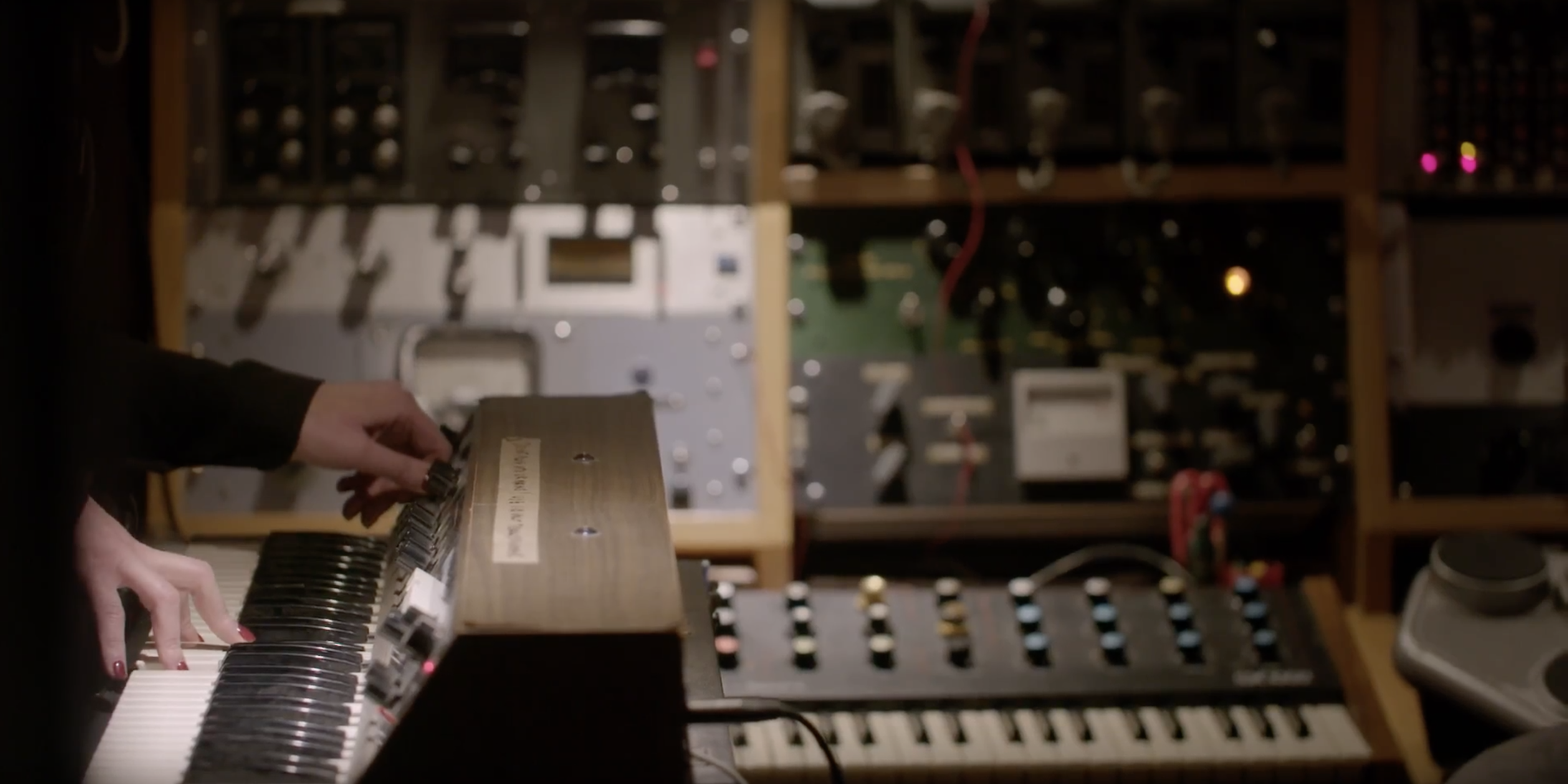 MT: What advice would you give to aspiring musicians?

JW: “Basically, I’d say just take no notice of the music world outside, get your head down and do the work!”

MT: So what’s next for you?