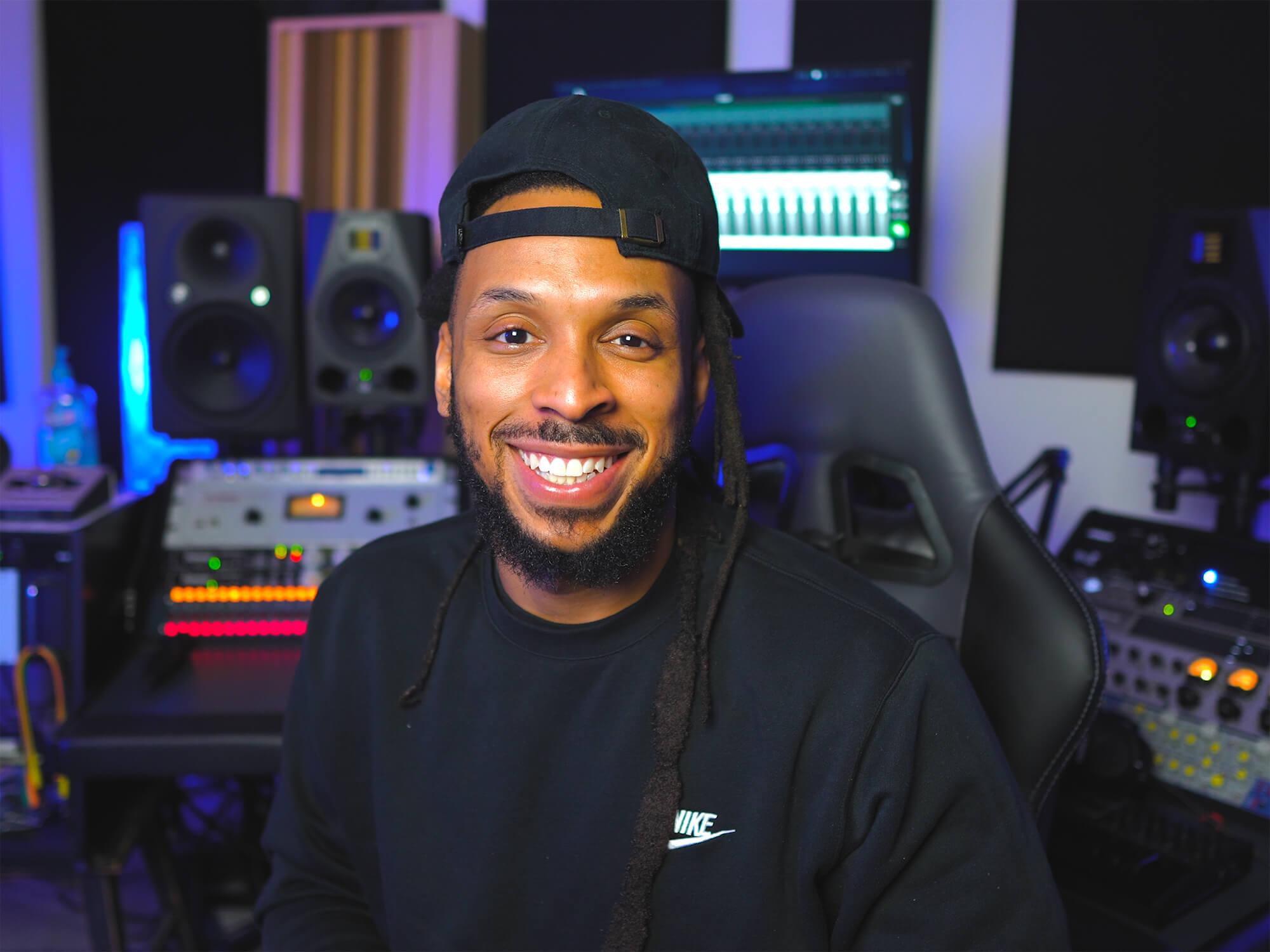 Wavy Wayne on his musical journey, essential tips for Pro Tools and why he thinks Dolby Atmos is the future of audio technology.

“Dr Dre came through for a session I was engineering with Jim Jones of Dipset and began coaching one of the artists in a similar way to how I would. It was a big moment of confirmation for me,” Wavy Wayne tells MusicTech from his St Louis studio.

As a producer, engineer, educator, and YouTube global university sensation, everything Wayne touches seems to turn to musical gold. But his career, like everyone’s, had to start somewhere, and he’s been on a constant head-spinning journey of discovery ever since. From recording sessions with big names such as Future and Dave East to dishing out studio advice in YouTube videos for his hundreds of thousands of subscribers, Wayne’s innumerable list of projects is mounting. Recent work includes hosting the Married to Music podcasts with his wife and artist Lydia Caesar, building a Dolby Atmos studio, and recently launching his range of Wavy-1 Isolating Studio headphones.

His curiosity seems unquenchable. But while he’s an advocate for constantly updating skills and abilities, Wayne believes it is essential for music industry players to work out their core strengths, then focus on polishing them to the point where they dazzle.

“I realised early on that I needed to work hard to cultivate a specific skill and decided to really apply myself to learning Pro Tools,” he says. “I focused on this and used it as my leverage. I made sure I knew the platform inside and out and was able to work real fast when needed.”

Wayne is revered for his deep knowledge of Avid’s DAW, Pro Tools. As a certified online expert, he’s helped plenty of students attain their qualifications while clocking up millions of views on his bespoke, educational YouTube content. Alongside teaching, he’s spent the last 15 years working at the heart of the recording industry, initially sucked in by an early passion for hip-hop. On starting out, Wayne held ambitions to work the microphone rather than flicking switches on at the desk.

“As a youngster, I wanted to be a rapper,” he remembers. “I linked up with some older guys in my neighbourhood in St Louis who wanted to make a song, and I went to the studio for the first time. That definitely sparked me and made me want to go deeper into music.”

From here, Wayne dabbled with music production software and began crafting beats at home on his “big Dell computer.”After high school, he studied at Full Sail University, where he immersed himself in studio practice.

“Strangely enough, even though I was pursuing this rap dream as a kid, I had stage fright. It meant any time I had to perform, I would do what we call ‘nut up’,” Wayne says with a laugh. “I’d just get inside myself – but music was really in me, and I knew I wanted to pursue it. When I found this behind the scenes side of recording, it certainly fits in more with me and my personality.”

Pro Tools was Wayne’s first DAW and, as his skills expanded, he became known in his local neighbourhood as the go-to recording guru for this specific software. His studies at Full Sail was part of a broader endeavour to invest in his skills and set himself up for the future.

“My mum was big on education, and she wanted to make sure I had a ‘nice and proper life’, as she would say,” Wayne says. “Pursuing a rap career didn’t fit into this for her, so I enrolled, got stuck in and made my certifications for Pro Tools.”

When he thought about his next steps after finishing these studies, taking his expertise online seemed an exciting move and could complement his offline projects. 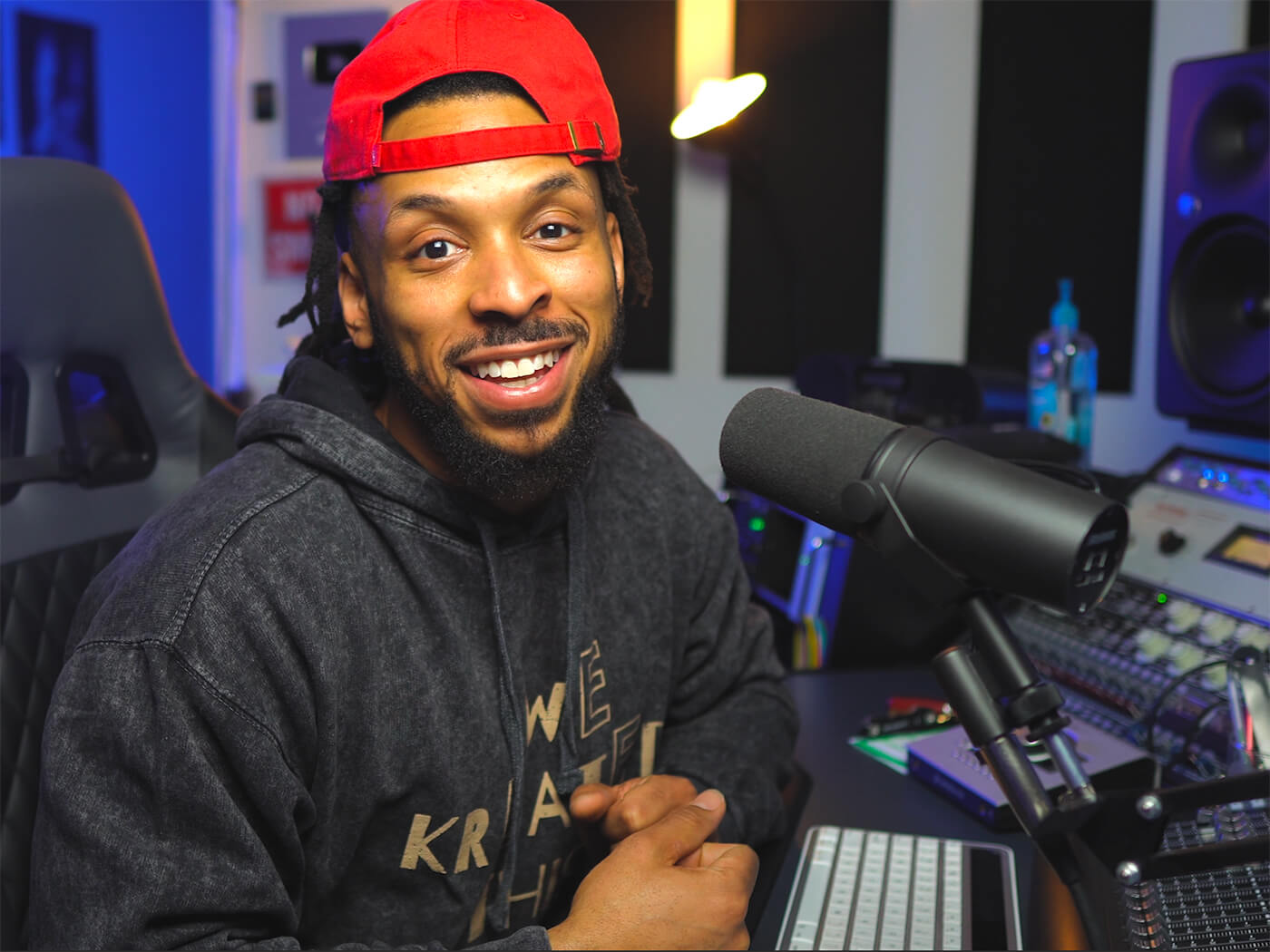 “I was teaching at a college in my hometown and working on production and recording,” he says. “I felt I could definitely make this kind of online content and realised there weren’t any young hip-hop cats presenting this kind of information. There was a real opening.”

Wayne has since built up a huge and devoted following on YouTube, providing a range of content from deep dives on specific plug-ins to more throwaway skits. Rather than any magical voodoo, he believes a simple approach is the key to YouTube success.

“After I’d done my research, I realised that most people head to YouTube to solve problems. So I decided to focus on answers,” he explains.

“I also wanted to make sure that my content was searchable, so ‘how to find the tempo’, ‘how to record in Pro Tools’ were topics that I felt viewers wanted to know more about. I was also at great pains to ensure it was ‘evergreen’ – so it could live online for 10 years or longer.”

After pouring thousands of dollars into his music education, Wayne says he felt motivated to “create a resource but also kick down the doors”. Making these videos was his way of democratizing the resources available to aspiring music makers from all backgrounds.

“I can expand opportunities to those who might not have the chance to take them,” he says. “I spent a lot of years paying back that Full Sail debt, so part of me was sharing knowledge to spite that college system.”

Wayne is currently in the midst of an ambitious studio build in Missouri. This new facility will include Dolby Atmos, a technology he believes will shape the future of the recording industry.

“I’m super excited by Dolby Atmos and the whole spatial audio scene,” he explains. “I’m excited for that to become more mainstream and for music to be created with this immersive audio in mind. It’s the biggest thing since stereo to me.”

The development will be a multi-faceted space where Wayne can keep his numerous musical plates spinning. These different projects are kept in check by Wavy Seals Elite, a growing community of audio engineers and producers he’s set up for advice and inspiration.

“We meet up twice a week. It’s like the studio coffee room,” he explains. “We’re a group of engineers and producers and talk shop. This is inspiring as some of these guys are brand new, some of them have been Grammy Award winners. Having this mix of perspectives brings some freshness to the picture and makes me think about music and recording in new ways – it’s an invaluable community.”

With Wayne’s extensive experience as an educator, it’s unsurprising that he has a bottomless pit of advice to share. One of his essentials is forming a deep understanding of your music-making tools to enhance workflow when locked in the creative process.

“If you know your gear as well as possible, then it means you can focus on your music,” he says. “So I recommend getting to know your software and music-making tools in as much detail as you can. You can then concentrate on capturing great songs, recording fantastic sounds and being creative rather than wasting time trying to figure things out.”

When it comes to home recording, Wayne feels that music makers need to zone in on an idea as simply as possible. Refining how you get inside a track or beat can mean producers or songwriters avoid becoming lost in gear or any technicalities.

“Creativity can strike at the strangest time, and we don’t always have the luxury of being in a professional studio when an idea hits,” he says when it comes to the motivation of setting up a domestic recording space. “You should have a home setup capable of capturing raw emotion effectively. When you’re in that moment and almost crying into your microphone, it needs to be the final take.

“Don’t worry about anything like room treatment for your home studio,” he states. “It’s about having some simple, trustworthy tools to keep that creative spark alive.”

Wayne is also known for his vocal mixing skills. He says that preparation is critical before hitting record to get this right. “There are so many things you can do to smooth this process,” he states. “Choose the right microphone, preamp, ensure the vocal and composition match up and have those conversations around arrangements already done.”

With so much going on, Wayne’s schedule seems daunting. But a rich variety of music alongside an ability to apply a razor-like focus on projects and deadlines pushes him forward.

“I’m non-stop busy creating for YouTube, but this is a big fishing net for me to gather followers and funnel them into other projects,” he says of how he breaks down his task list.

From his Wavy Seals Elite community to his Married to Music podcasts, it’s evident that for Wayne, only the tip of the iceberg of his ambitions have been realised.

“On certain days, I’ll mix, other days, I’ll do TikTok videos,” he smiles. “I’m huge on going all in one thing at a time. I block off the world and focus on whatever I need to focus on. It means there’s never really a dull moment around here.”

Visit wavywayne.com for more. Listen to The Ones We Love from the Legendary Love EP by Lydia Caesar.