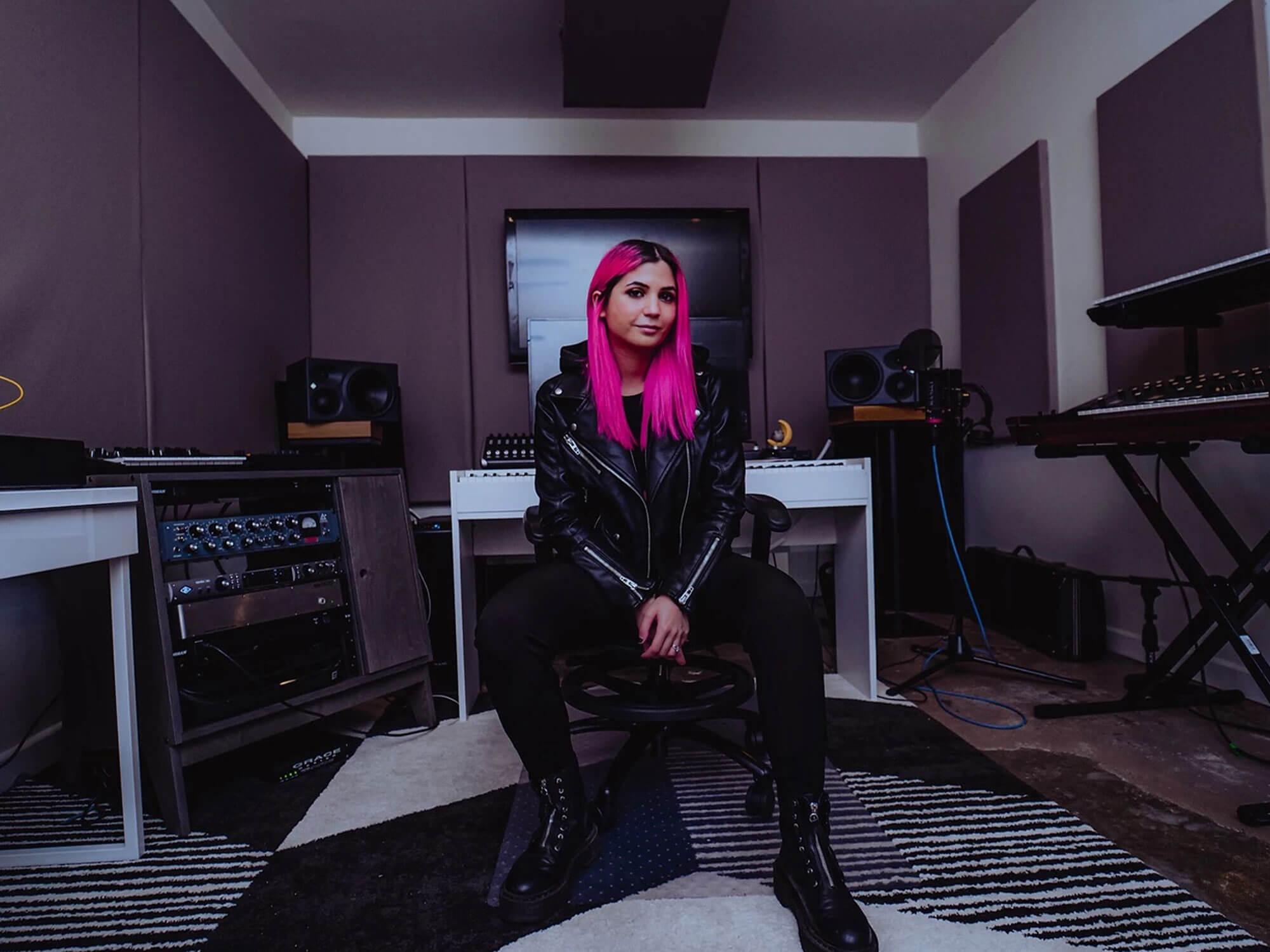 Tori Letzler: “I came up by getting to know composers, by being a vocalist, and working on my own projects on the side”

The emerging composer tells us about her unusual path to screen scoring, her music for Netflix’s In From The Cold, and how the lack of diversity in the industry is starting to change.

Whether you know it or not, you’ve probably heard Tori Letzler sing. She has more than 40 vocal credits on the biggest Hollywood soundtracks of the past decade – and that’s not even her main gig.

As a composer and electronic producer, Letzler has been steadily building a reputation for ethereal vocal scores, synth wizardry, and pounding industrial beats. She’s recently completed a Eurorack-heavy score for the fast-paced Netflix spy thriller In From The Cold. However, the path here wasn’t exactly a straight line.

Letzler’s musical career stretches all the way back to age nine, when she was accepted into the New York City Metropolitan Opera’s Children’s Chorus. “From then on, I basically didn’t stop doing stuff,” she tells us.

Spending her childhood alongside world-class musicians, Letzler quickly developed her vocal talents and by 14 was touring with Cirque du Soleil as a vocalist in the 2006 tour of their acclaimed production, Quidam.

“I was singing in a plethora of languages,” she says of those early experiences. “As a nine-year-old, you barely have a grasp of English, let alone German and French. It was just really formative for the rest of my career and how I handle myself in professional settings.” 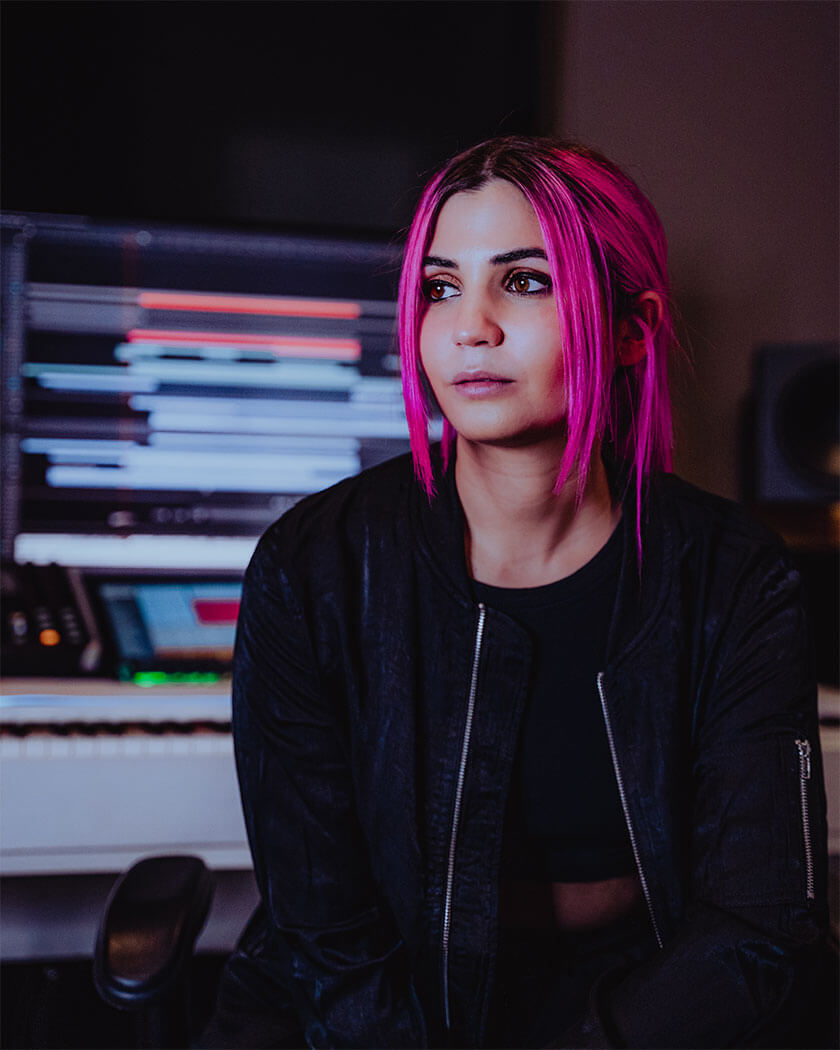 With so much singing experience, a career in performance might have seemed obvious. But a summer programme at the Berklee College of Music prompted a major detour for Letzler. “I was going to go to a conservatory for classical voice,” she says. “But I took a risk and went [to Berkeley] and found out that I loved the school. I took an intro to a film-scoring class and realised that that was very much where I saw myself.”

Two and a half years into her degree at Berklee, Letzler got the opportunity to work at a production house in LA. Using her remaining tuition money, she chose to leave her studies early and make the move to Hollywood in 2011. It was a gamble that didn’t immediately pay off as the company cut its budget, and Letzler’s job, within a few weeks of her arrival.

Undeterred, she reached out to a contact at Hans Zimmer’s Remote Control Productions and in short order was interning at the world famous scoring house. “I was working in a mailroom full-time and interning simultaneously, which was a lot,” laughs Letzler. “Then I got hired full time as a studio runner and bounced around different positions [at Remote Control] for three years.” 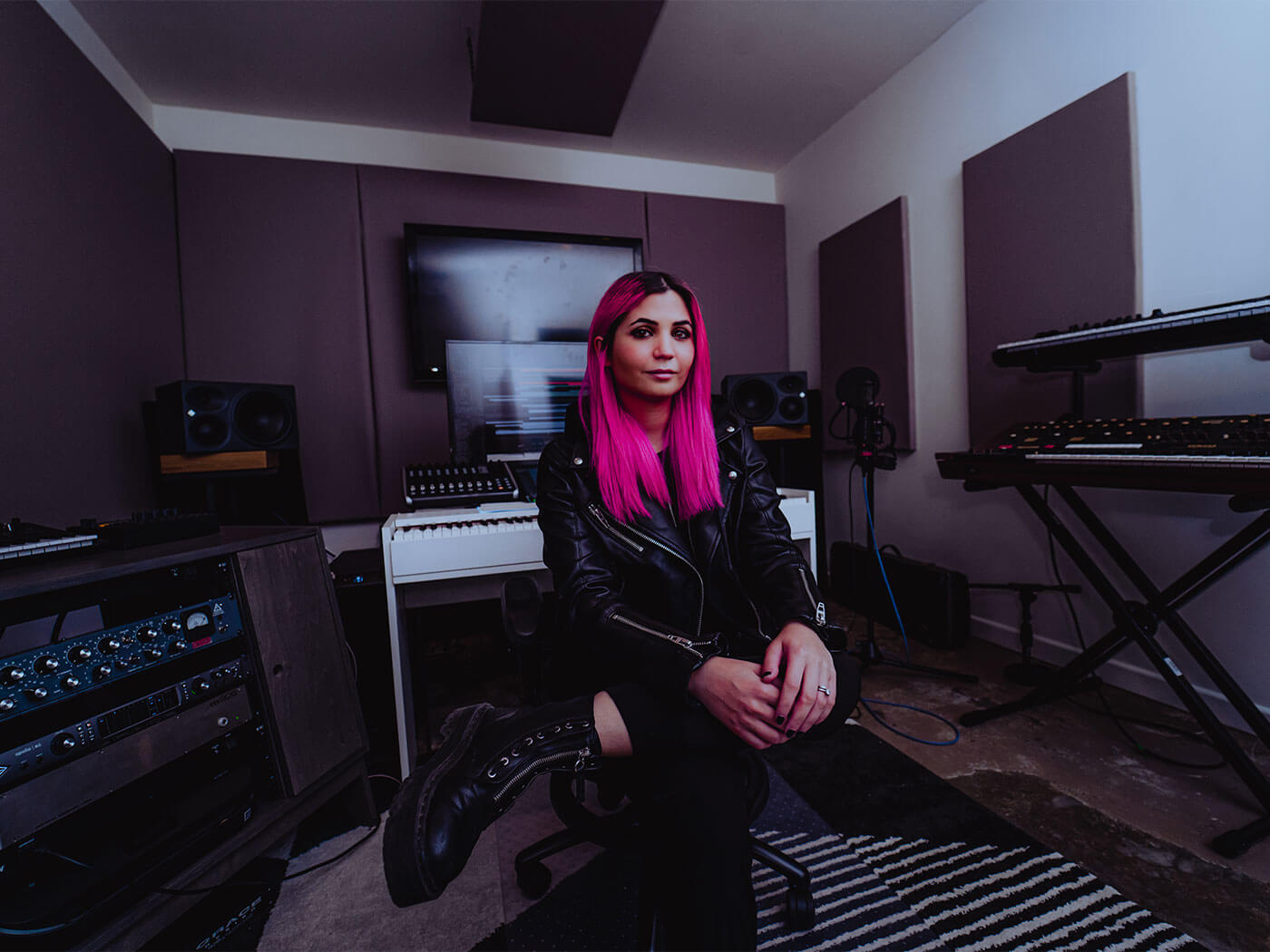 It was a unique time to be part of Zimmer’s team, with the likes of Lorne Balfe, Benjamin Walfisch, and Rupert Gregson-Williams all under the same roof. Before long, word spread of Letzler’s singing abilities and she became the go-to vocalist for Remote Control Productions, contributing to blockbuster projects such as Thor: The Dark Work, Wonder Woman, and Batman Vs. Superman: Dawn of Justice.

“I didn’t come up the same way a lot of other people do, which is doing a ton of additional music,” says Letzler. “Instead, I came up by getting to know these composers as an instrumentalist, by being a vocalist, and then working on my own [scoring] projects on the side.”

For Letzler, singing on those scores has had a lasting influence on how she treats the use of voice in her own projects. “In my world, vocals are treated just the same as a synth or a keyboard,” she says. “It’s intertwined with the fabric of the score.”

That distinctive approach to vocal scoring can be heard throughout Letzler’s music for Netflix’s In From The Cold.

Built on a foundation of 90s alternative and industrial influences, Letzler’s score pulses, sizzles, and soothes throughout the show’s eight episodes. “We definitely lean toward the sound of Nine Inch Nails and Portishead,” she says. “We wanted to bring in that rock sensibility and apply it in a scoring world.”

The series tells the tale of Jenny, played by Margarita Levieve, a suburban mother with a soviet secret. On a trip to Spain with her figure-skating daughter, Jenny’s past life as a KGB assassin comes back with a vengeance as CIA Special Agent Chauncey, played by Cillian O’Sullivan, forces her out of retirement for one last job. It may sound like a standard tale of cloak-and-dagger spy craft but showrunner Adam Glass is hiding a decidedly sci-fi trump card that he plays at the climax of the show’s first episode.

“A big theme in the show is duality,” says Letzler. “Jenny is a very deep character. She has a ton of layers and the show takes place between her past and present. There’s a lot of push and pull, and I wanted the music to represent that.”

You can hear that conflict on her track Transformation. Arpeggiated percussion and scattered piano notes battle grinding synthesizers and rising drones, building up to a distorted cacophony of stuttered vocals.

The show’s narrative leaves room for softer material too, such as the beautifully realised track We Can Hold Hands, and Letzler’s gossamer voice, captured through a Retro Powerstrip and Manley Tube Condenser Microphone on the Russian-inspired Lullaby theme. However, there’s no doubt that this is primarily an action soundtrack.

“It doesn’t stray away from being really grotesque and brutal and raw. And that’s what I just loved about this project – yes, it’s a female-led show but we’re not pandering to anybody.”

Unusual for a TV score, Letzler was brought on at the very start of the project. Working solely from the script, she kicked things off by building up a collection of Eurorack samples. “We knew the kind of sounds we were going for and just experimented for hours,” she says. “Then going back through, cutting those things up into samples and essentially making our own library for the show to pull from.”

From those early experiments came a suite of themes that were used throughout the show’s production. “They had a lot of my early suites onset and the actors got to listen to them, which is such a blessing,” says Letzler. “Instead of using temp scores, [the editors] were cutting with a lot of the themes and suites that I had done in advance. So, when I finally got picture, I could fine-tune stuff.”

Letzler loves the limited recall that comes with analogue hardware. “It’s a very human thing to me,” she says. “Because it can’t be recreated exactly the same every single time, that’s incredibly appealing. It’s like playing with a toy that just happens to also be my job.”

Perhaps stemming from her experience designing sample libraries, when working with analogue gear, Letzler prefers to take her time building up collections of sounds that she can pull from.

“I’m very slow when it comes to Eurorack,” she says. “I want to have no pressure. I want to tinker and find stuff. Because when I put myself under pressure, I never get what I want.”

Once she has what she wants, she moves over to her DAW, Reaper. Asked why she opts for this instead of more common film scoring DAWs such as Cubase, Letzler cites Reaper’s openness to user-scripted features and plug-ins, and the responsiveness of its community.

“Most people don’t use it for scoring. There’s a small community of people in the scoring world that use it – but I love it.”

When she’s not scoring or contributing vocals to blockbuster soundtracks, Letzler also finds time to release what she describes as “heavy, industrial electronic” EDM tracks under the moniker TINYKVT.

“Film and TV is my passion,” she says. “But you are always working on someone else’s story. I wanted an outlet that was me, writing music for me, so I started doing it and realised that I liked it a lot more than just a hobby. So that’s how TINYKVT was born.”

Throughout her career, Letzler has consistently pushed for a greater representation of women in the scoring industry. She cites the historic lack of female screen composers as part of why she initially didn’t consider scoring a viable career herself.

“I was always writing music and I always had a love for film scores. But it was hard when I was young, especially because there weren’t a ton of female role models to see myself as a film composer.”

In 2017 and 2018, Letzler organised orchestral concerts titled The Future is Female to showcase emerging women screen composers and highlight the issue. “Putting on a production like that, with so many amazing talented women in a room,” she recalls. “I can’t describe that feeling. It was pretty powerful.”

Five years on, Letzler sees an improvement. “Especially from where we were when the first concert happened, there’s been a huge shift. We have women scoring huge projects across the board, especially in TV. There’s a lot happening with female composers in television right now doing innovative, cool things.”

There is still a long way to go before there’s anything close to gender or racial parity in the extraordinarily white-male-dominated industry. “There’s still a huge lack of diversity, not just with females but also with minorities in scoring. It’s getting better and I’m hopeful that it’s going to continue to get better. We just need studios to keep hiring us.”

With In From The Cold’s adrenaline packed score now wrapped up, Letzler is wasting no time moving onto new projects. There’s multiple TINYKVT releases planned, a new sample pack possibly in the works, and an unnamed Disney project that Letzler says she can “hopefully talk about soon”. Asked why she keeps so many irons in the fire, Letzler’s reply is simple – “It keeps me on my toes, keeps me from falling into the same sound over and over again. And It’s just fun.”