Interview: Timo Baker on composing for TV, film and trailers

For over 30 years, Timo Baker has worked as a professional musician and composer for TV and film. Operating from his purpose-built studio in Bristol, Timo has also soundtracked a wide variety of trailers. It’s a trickier job than you might think… 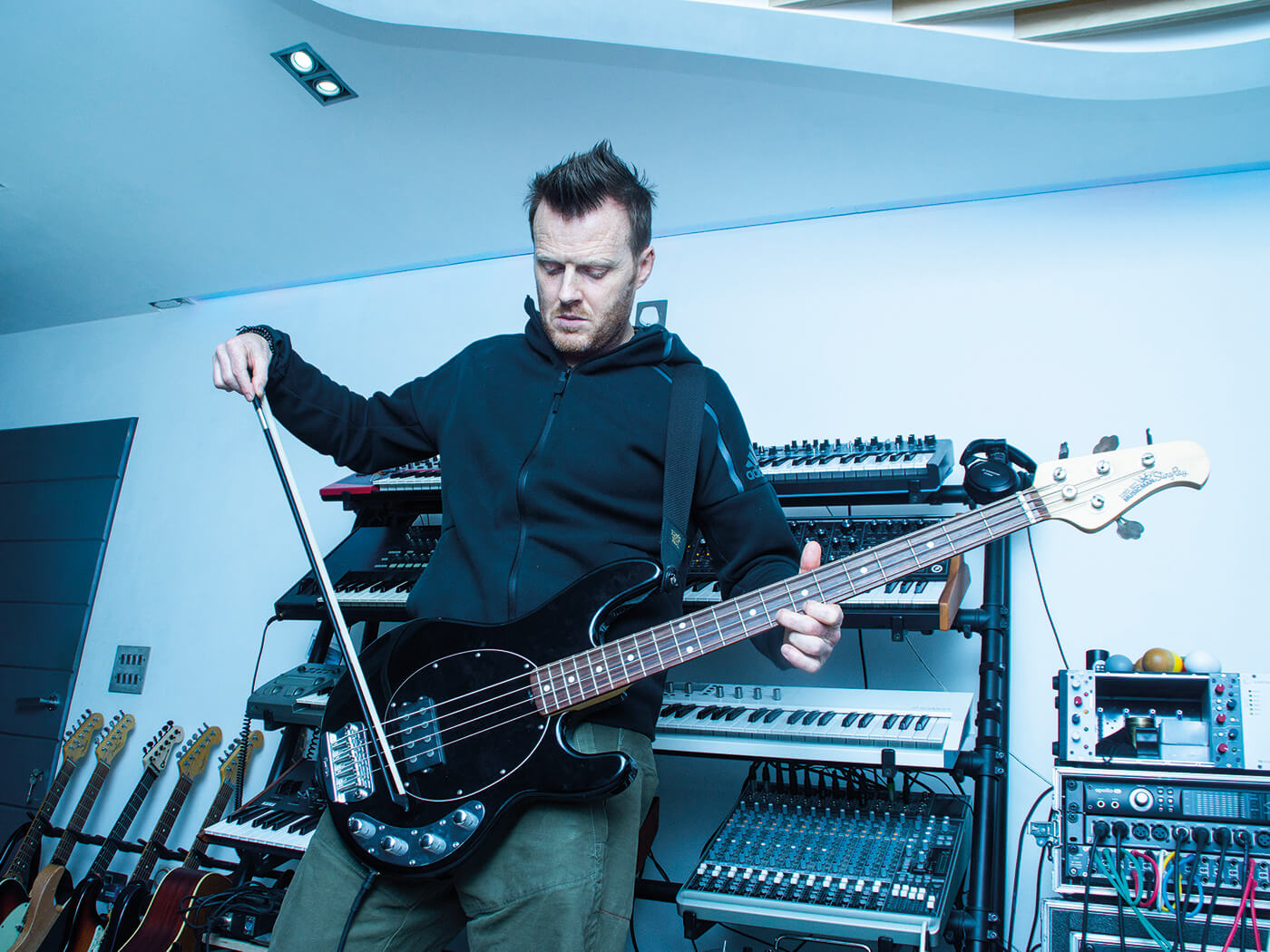 Over the course of Timo Baker’s 30-year career, he has found himself playing stadium-size gigs, writing scores for hard-hitting documentaries and short films, as well as composing power-packed trailers for Hollywood blockbusters and Netflix hits, including The Adjustment Bureau (2011), Paul (2011), Mud (2012) and Making A Murderer (2018).

Building on his love for rock and dance music, Timo is widely known for bringing an energetic, punk aesthetic to his compositions. He’s been acclaimed by his peers for carving brooding soundscapes which are undercut with urban beats, and enhanced with emotionally charged orchestral highs.

Sitting down in his impressive studio in the heart of Bristol, Timo begins by telling us about his early experiences with music and how he developed his musical instincts.

How did your interest in music-making first begin?

Well, I was quite a musical kid. I had piano lessons, vocal lessons and sang quite a lot. And for my sins, I also played the trombone. I liked music and was able to develop quite a good ear, even though I didn’t know it was happening at the time. When you’re playing with other musicians, you get to hear what they’re playing, absorbing stuff by osmosis. The classical route never interested me, to be honest. My gateway into this whole world was through rock, dance music and sonic manipulation. I wasn’t inspired by dots on staves. At the time, that music felt a little flat and very old-fashioned. I loved the visceral energy of rock and dance music – the immediacy, reactive, collaborative nature of it all – incredibly invigorating, with an infinite array of possibilities.

I picked up a guitar at 17 and went: ‘Shit, I get it now!’ The other thing was you could get it to sound a different way by sticking it through pedals. And I was always really fascinated by that process of affecting the signal. That’s the journey that I was on, to make these soundscapes or notes that make you go: ‘What the hell has done that?’

Following your stint in metal/funk outfit Crazy Gods, you became an in-house composer at an interactive TV company…

Luckily, within the first week of me starting there, I got an email asking ‘does anybody know any composers?’ That’s when I taught myself to write to picture. There was all this After Effects work for films and little sequences. So I came to understand the dynamics of what needed to happen for the music to go against the picture and express the emotion that was required. That was an amazing period of my life, and when I taught myself how to get it done!

What are the first steps when you’re commissioned to write a score for a project?

Generally, the first step would be to have a meeting with the directors who will discuss what they’re going for stylistically. Quite often, they will also send a temp score or give you an idea of something out there that’s hitting the right notes for them. That gives you a good understanding of what they want. But, of course you have to also put your personal spin on that.

But that somewhat differs in shows I work on regularly. Take River Monsters for example, I’ve been doing that a long time. I’ve sort of made it my own, so I know very well what needs to happen.

For these kinds of shows, after an initial brief, I’ll normally spend a couple of days allowing ideas to percolate through my mind. Then comes a period of experimentation with sounds, textures and themes. During this process, I’m gradually building a sonic landscape that fits the brief. I could be sat at a piano, constructing a percussion kit from kitchen utensils or mangling some old stems through the patch bay to create a library of inspiring ‘seeds’. These form the bedrock of the score; I then start painting melodic themes over the top.

Simultaneously, I will be watching a cut of the film, so I will be responding musically to the images. A big part of the job is to interpret the visuals in interesting and engaging ways to help support and enhance the picture. Scenes in films often have an intrinsic rhythm; whether it’s the pace of the cut or speed of someone walking, which helps inform a starting point for a cue. 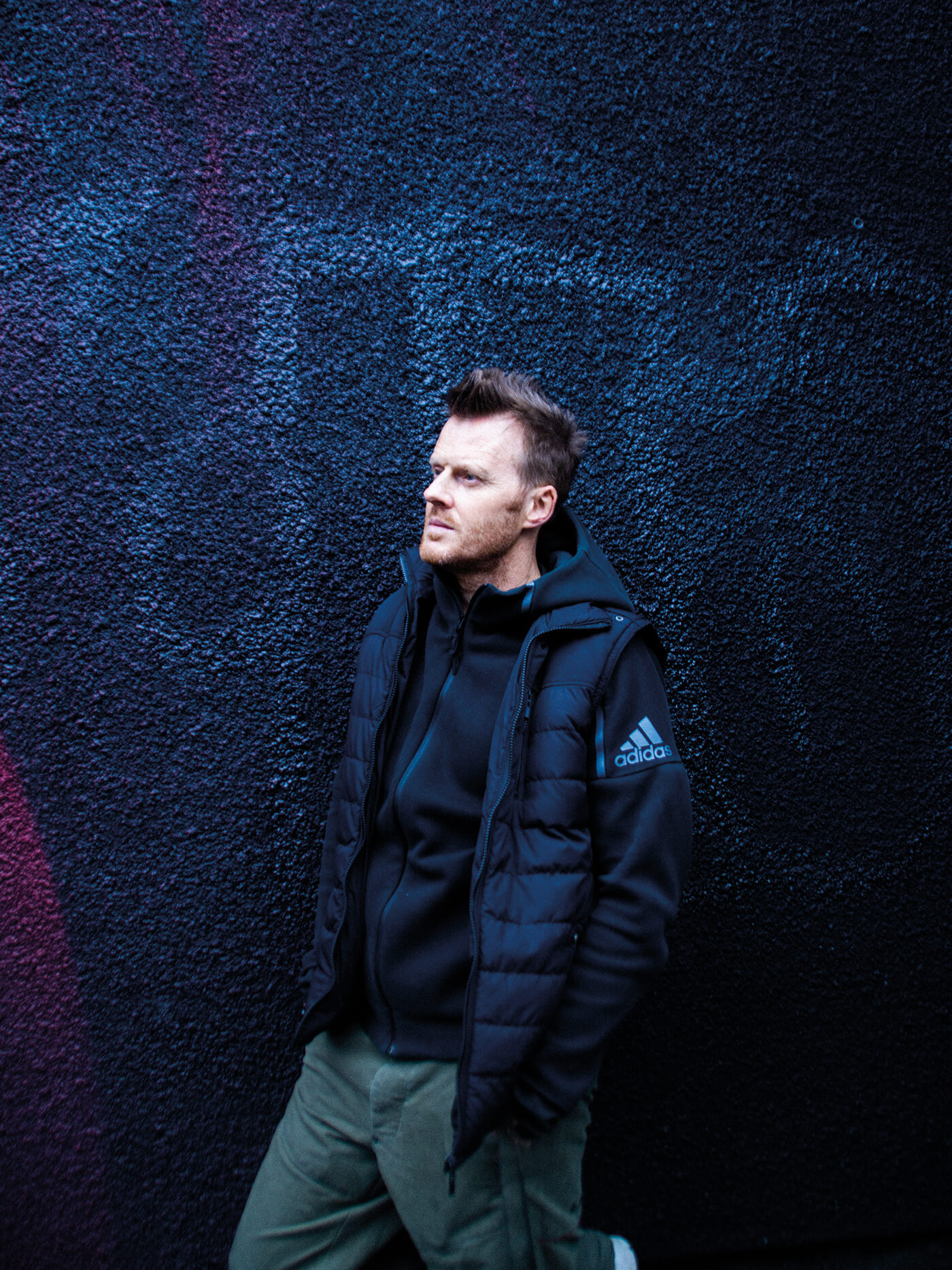 With tight deadlines in the TV and film world, is there a templated route that’s usually taken with each commission?

So I have a tool kit that my assistant helped me develop – little soundscapes, textures and ideas. I often just slap a texture on when I’m looking at the picture. There might be something in it that marries with the imagery. I might have to drop it down an octave or reverse it, or perhaps even stick it through some processing. Then you can build the meat of the track on top of this: your orchestral stuff, beats, big hits and so on.

Then you have the dynamic arc of the scene. Often, this is totally dictated by the picture. But there’s also an ongoing dialogue with the director and editor. If there is a certain mood or piece of dramatic punctuation that’s needed then being able to pick up the phone to the director or pop in for a meeting gets it sorted.

Occasionally, I start writing before I see a single frame of the film. I allow my imagination to run riot, building worlds and scenarios in my mind, which I then score. These themes and atmospherics then feed into the overall identity of the film.

Have you ever encountered difficulties at this stage of the process?

I’ve been doing this for a long time now and it’s quite easy to fall into creative pitfalls. One of these is feeling like I’m going through the same process over and over again. So every now and then, I’ll just switch it up. I’ll maybe do something on the guitar and stick it through a few pedals or play some bits of percussion.

The other day, I got some chopsticks and just started playing some rhythms on the bass, just to create some interesting sonic textures. I also like using a violin bow on guitars and the bass. There’s also been some cymbal bowing and Kalimba bowing, that’s quite interesting!

I also think there’s something in just seeing it through and not editing yourself too early on. Sometimes, you’ve just got to stick it down and then see what happens. Then that might spur something else, or you might take that piece of audio and flip it in some way.

Another thing with being a film and TV composer is that it can sometimes be quite lonely, especially having come from being in a band where it’s all about the team. When I’ve had assistants, that was great because then there’s the camaraderie and all the banter, which is brilliant.

Then you’ve also got a creative sounding board to bounce off. I’ve obviously been doing this a long time on my own, so I’m comfortable with that. But I think as I go forward, I’d like to get a bit more collaboration involved.

What’s your approach to scoring trailers?

Film trailers work in a three-act kind of sense. But crucially, you’ve got to have this hook, whatever that might be. It’s not necessarily melodic. It could just be some kind of noise. If you think of the Inception trailer, it was that big foghorn; or for Prometheus, there was that super-high whiny thing. Whatever it is, it’s got to be memorable. And everything’s got to be dialled up to 11!

So it can be very exhausting, just because you have to deliver on every level. There’s a sort of minimalism to it, as well. You can start off with a minimal soundscape, but then every element is under scrutiny, whereas that’s less so with television. Of course, I bring those same values to everything I do, but it feels a lot more pressured with trailers.

It’s a brilliant process but it is exhausting. There were times when I was doing my normal daytime gig of writing TV scores and I would be getting into bed on a Friday night, suddenly, I’d hear my phone go off. It would be my agent in Los Angeles, saying: “Can you pitch for this trailer? We need it for Monday.” I would literally put my trousers back on and go back into the studio. So the turnaround time can be pretty mad if you want to get into this world professionally.

I’m currently a gun for hire. I’m known for the kinds of sounds I make and they want they want me to write my thing. And it’s the same for people like Trent Reznor and Clint Mansell. They get brought into a project because the directors of those films love their sound. 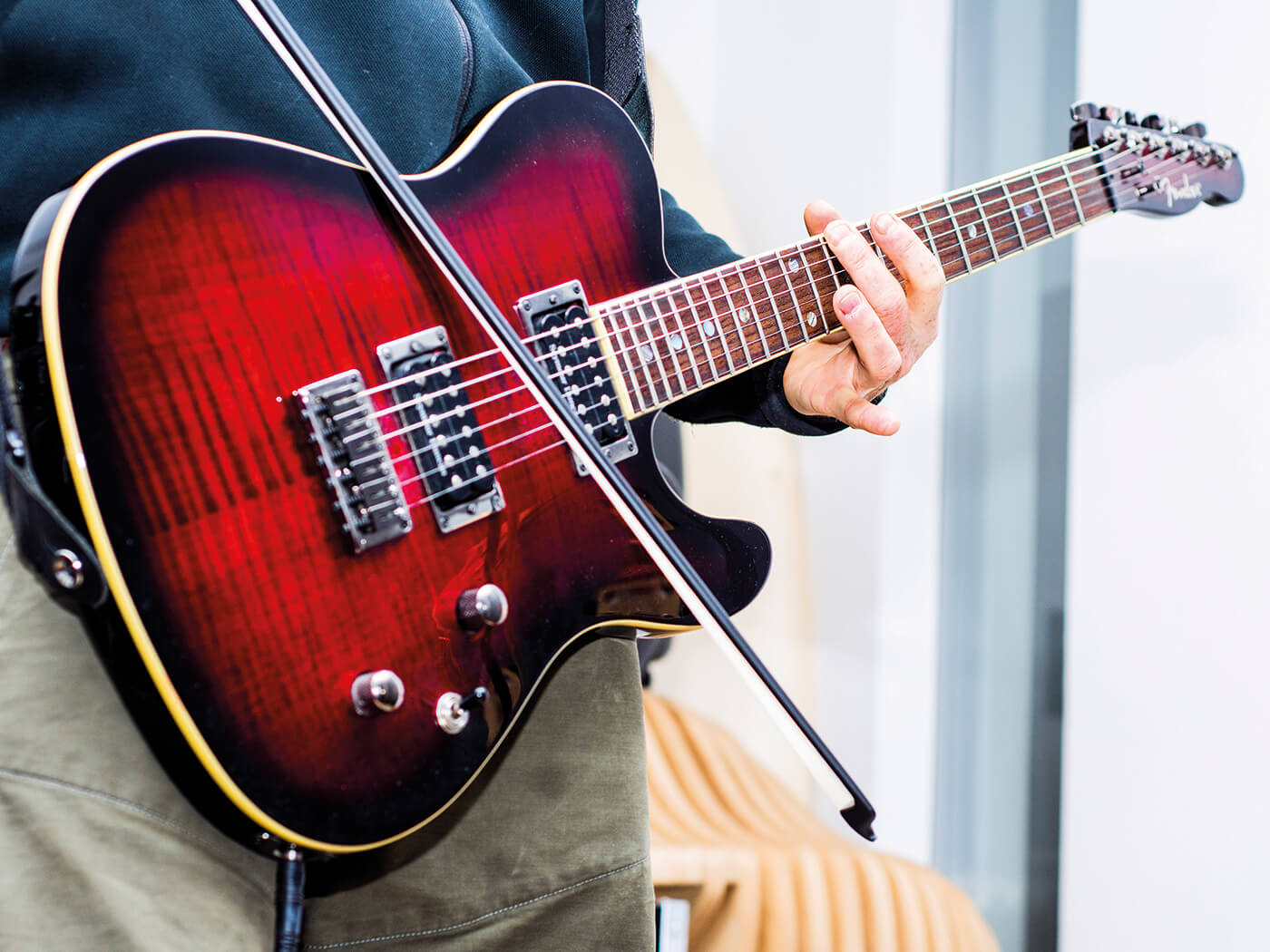 So where should those who’d like to build a professional career in the soundtracking industry start?

Get good… That’s the headline! You’ve got to be a competent creator of music. That is just a given. And then the extra stuff, for me, has been how you relate to people. From the band days, I became very aware that you had to have all your ducks in a row. So if your management and your record company and your PR weren’t all happening at the same time, if one of those was slightly out of alignment, you were in danger.

So, I suppose when I became a lone wolf, then I was able to control that bit more. Not the PR per se, but how I came across, that was all on me. Which is very empowering. When you go and have meetings with people, you’ve got to come across like you have passion and you want to do the work. I find the whole creation of music very exciting. So consequently, I can’t help but give off those vibes – when I’m with people, they have a sense that I actually am excited by it.

Another thing is, find a new way of doing something that is peculiar or specific to you and then just make it fit. But also, take a look at the landscape. Don’t just think, “I’m going to do 7/8 jazz,” and expect that it’s going to get you into the film world. You’ve got to look at the landscape and what is happening commercially. I’m aware of stuff that’s on-point at the moment and you have to capture the zeitgeist.