by Will Betts
Steve Aoki
#Artist/Producer/DJ#Promoting

Steve Aoki on finding your sound and being heard

Developing your own unique sound can be hard. That’s why the producer encourages taking your time and learning how to collaborate with others to ease the process. 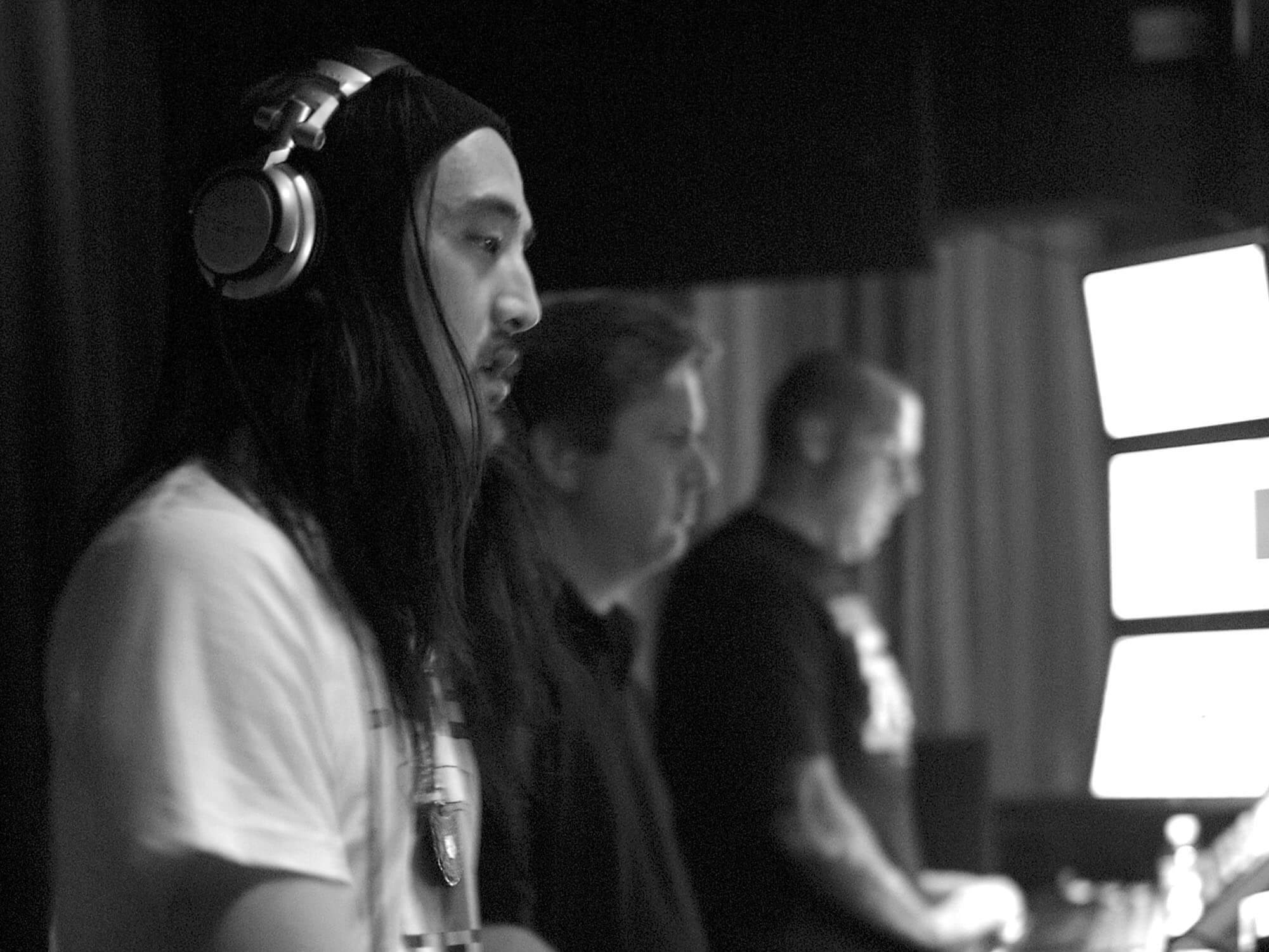 “The way I found my sound was through trial and error. It started with just getting stems for remixes. I would get as many stems as I could and as many remixes as I could get under my belt before I felt like I could get one of my originals in. That was between 2005 and 2007, when I was producing under the name Weird Science with my friend Blake Miller,” he recalls.

“We were just figuring out production and having fun with it and after two years of remixing 20, 30, 40 different artists, I started remixing on my own in 2007. Then I finally came out with what I thought was my own sound, and put out a single.”

The 2009 release Warp 1.9 by Dim Mak Records’ own act The Bloody Beetroots (feat. Steve Aoki) was the first record that the producer appeared on – outside of a remixing role – and it has become a festival staple.

Even the producer’s own early releases are a world away from his more recent collaborations with the likes of K-pop megastars BTS. “To be honest with you, my sound is constantly changing, constantly evolving,” he says. And this is down to the influence of those collaborators, not gear. “I wouldn’t say it’s a particular synth I use,” Aoki adds.

“What I like about collaboration,” explains Aoki, “is it allows me to unhinge myself from systematic formulas that I’m working in. Sometimes you don’t even realise you’re working in the same box. When I do those collabs I start thinking outside that box and it actually expands and enhances and evolves my production. And at the end of the day, my sound will continue to evolve and transform with the culture around me. And it’s also the culture that informs my production and my sound. So I will always say it’s about the music. It’s about the song first. Let the record speak for you. If it touches lots of people, you know you did something right. Don’t box yourself in.”

Aoki’s advice is slightly different for those starting out: “In the beginning, start cultivating a particular sound you like and get good at that. Build a discipline around a particular sound. Whether it’s a genre or subgenre. Build within that group of people and group of producers that produce that kind of sound. The perfect example is SoundCloud. SoundCloud is a great way to build relationships in very, very small communities that are focused on specific kinds of sounds and genres.”

This can be a way of getting noticed by labels or bigger acts. “There are artists like myself and tonnes of bigger artists that dive into more niche genres to find who really is bubbling at the top of those fields, and that’s how collabs form with bigger artists and breaking artists. So, I say that’s a good way to start and a good way to start building in your community,” advises Aoki.

Through his work with Dim Mak Records, Steve Aoki has developed swathes of artists, so what is it that makes a track stand out? For him, it comes down to gut feel.

“I have to follow my feelings first. So, when I listen to songs I let that inner child inside of me lead the way as far as seeing if this is a song that’s going to be good for either my DJ sets or for Dim Mak,” explains Aoki.

It’s not just sharp songwriting that catches Aoki’s attention. “I also love to hear unique sounds. I love to hear what other people are doing that’s different than other producers. Be inventive. This is an age where you can create your own genres. And you have platforms that give you communities and that support all these new sounds. It’s good to be inventive. It’s good to be creative. And be disciplined in that category you’re trying to build in.

“The more disciplined you are, the more music you’ll potentially make and the more likely people that have influence will hear you. The people that can help you in signing your music or getting it out there will have more of an opportunity to hear your song.”

Aoki’s success on stage and in the studio is paralleled by his success as Dim Mak Records’ owner. Working with his trusted team of A&Rs, the label has had a string of huge releases. He namechecks Riot Ten, Bear Grillz, Tisoki, Keys N Krates and Matroda, but focuses on two in particular.

“The Chainsmokers was quite possibly our biggest signing we’ve ever had. We signed them from day one from their first single Selfie and released two singles thereafter,” says Aoki. “And Max Styler, an artist we’ve been supporting I think at this point for five, six years. His sound has matured and it’s evolving in a way I really feel is the future of a lot of different sounds of music, so I’m really interested in the Max Styler direction with Dim Mak. So lots of great artists. We have a very dynamic, wide range of genres in the electronic space.”

The label owner couldn’t be more transparent about the process for submitting demos. “Sending them to demos@dimmak.com is probably the easiest route,” says Aoki. “We do have a team of people that go through the demos at Dim Mak, and then it filters up, but they’re very knowledgeable about looking for what works. And then when it comes to me or when it comes to Lee, Lorne or Bryan, the A&Rs at Dim Mak, we then all discuss and see if it’s something that fits for us at the time.”

Dim Mak’s commitment to new-music discovery runs deep. New Noise was started as a compilation series to feature up-and-comers in the world of electronic music selected by Aoki and the Dim Mak team. It has now evolved into a fortnightly free single-release platform for copyright-free music that can be used by gamers.

“New Noise is about developing new artists and giving them a voice. We want to have a whole label that’s supporting the new talent, the new noise – no pun intended. It’s really about the new sounds and encouraging that voice there. Since we started this label, there’s been a lot of buzz around the artists around it and the community around New Noise.

“We’re really proud of what we’ve done to grow the New Noise community and it now has a pretty strong culture around supporting these artists,” says Aoki. “The New Noise artists are a part of the Dim Mak family. It just gives them more of a spotlight. That’s why I started Dim Mak in the first place. To help out new artists and to help them grow and develop into more influential artists that can foster other artists. It gives more focus to that,” he says.

Read about Steve’s writing process, how he survives on the road, who he considers the world’s best DJs, and find out what his favourite gear is.