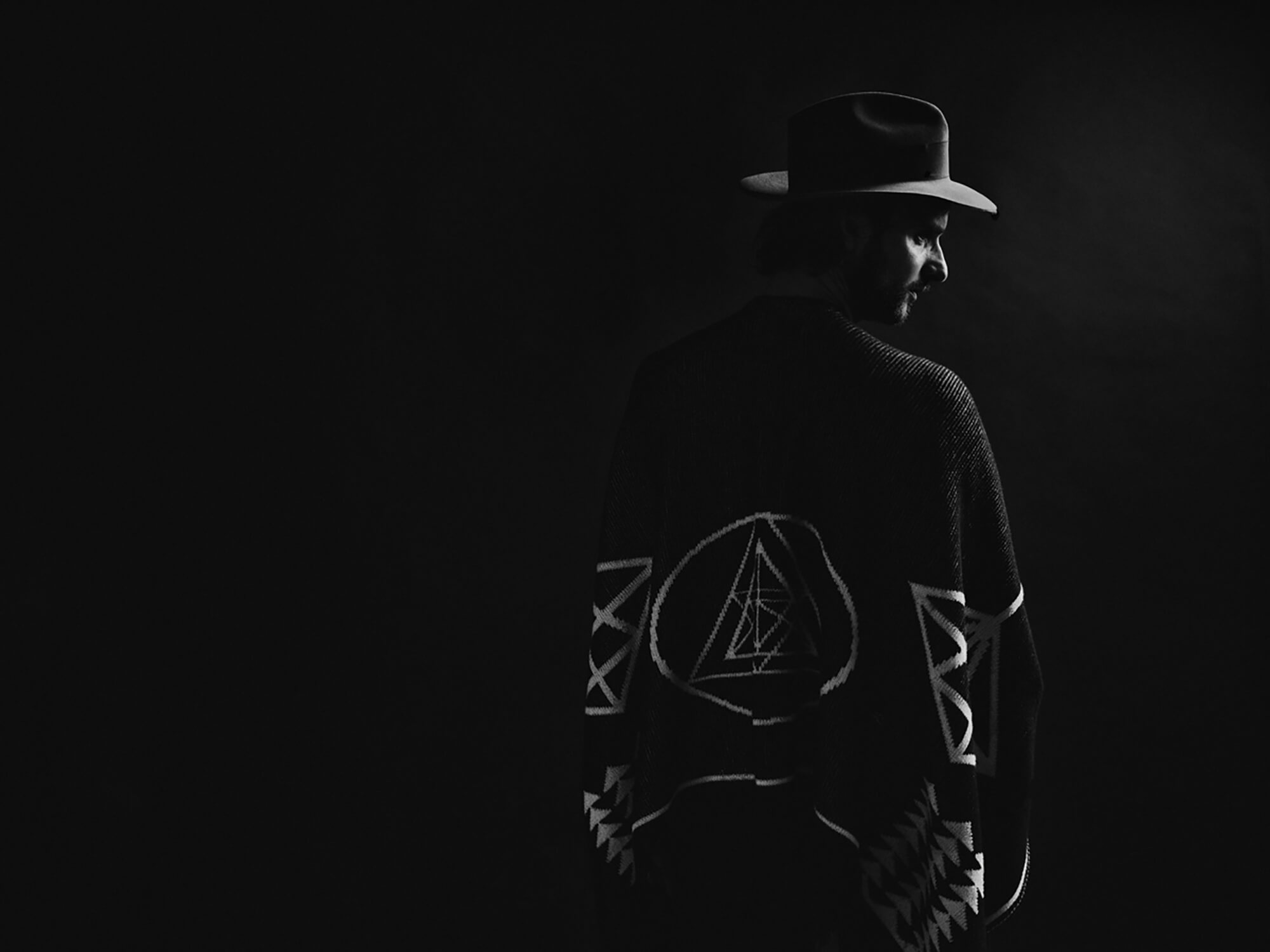 Satori: “The best albums in the world are made by many people. Not only one person in the studio”

Following the release of Dreamin’ Colours, we learn about the studio mantras and bizarre techniques that Satori lived by to bring his recordings to life.

When Satori was in Ibiza producing his new album Dreamin’ Colours at Sonic Vista Studios, there was a banner hanging in the studio displaying the phrase: “It needs to sound like a band.”

That was the guiding light for Satori, real name Djordje Petrovic, throughout the entire two-year production process for the album.

Petrovic’s production style is heavily influenced by the instrumental aesthetic of his Balkan heritage, and has always departed from the electronic club-driven sound associated with his home country of the Netherlands. But capturing the colour, the chemistry, the collaborative feeling of a band was a new endeavor for the seasoned producer and musician.

Like so many producers in the modern age, Petrovic spent many years creating music on his own. From the initial songwriting and to tweaking plug-ins in Ableton Live to putting the finishing touches on the final mix, it was always him doing everything alone in his studio.

And so for Petrovic to achieve his goal of creating a solo album that sounds like it was recorded with a band, he’d have to switch it up. He was going to need help. After all, the one requirement of a band is that it includes more than one person.

It was Henry Sarmiento who would assist Petrovic in capturing this new quality. Together they formed a two-man band but, instead of sharing instrumental duties as in a traditional band, they instead entered an esoteric and experimental territory of recording and production, tapping into techniques used in the past and combining them with technology of the present.

Sarmiento is the founder of Sonic Vista Studios, where he has worked with Lady Gaga, 50 Cent, and Swedish House Mafia, among other major artists. He and Petrovic connected in 2019 after Petrovic booked Sarmiento’s studio to work on his own music the way hundreds of musicians have in the past.

According to Petrovic, when the two first met it was a “bromance right away”. They shared similar interests in electronic music and blues. They would search for unknown artists together and found their tastes were as obscure as they were aligned.

With the bromance established, the next step for the two music professionals was bringing that dynamic into the production process. And so, in that initial session, Petrovic asked Sarmiento to mix one of his tracks.

After Sarmiento finished the mix, Petrovic not only heard the astronomical difference in the finished product, he realised his individual role in bringing music into the world.

Suddenly the relationship evolved. Petrovic realised that he had found more than an extremely talented new collaborator. He had found an engineer who understood him on a personal and creative level. With this understanding, Sarmiento was able to open Petrovic’s mind to a new philosophy of music creation.

Their conversations shifted from exploring their shared tastes in music to surveying a time in music history when collaboration wasn’t just encouraged but was necessary. Sarmiento would tell stories of how The Beatles’ albums were made and how Brian Eno and David Bowie worked on music together throughout their entire careers.

“Henry really opened my world. This guy knows all the stories,” Petrovic says. “The best albums in the world are made by many people. Not only one person in the studio.”

This idea is the one that would eventually transform into that which hung on a banner in the studio: “It needs to sound like a band.”

“Even if it was the most obscure electronic synthesizer, it needed to sound like a band,” Petrovic says. “Every time we listened back to it, that was the question. ‘Do we believe it? Does it sound like a band?’”

Soon the stories of how The Beatles albums were produced transitioned into actual recording techniques used in the 1970s and 1980s, techniques that existed long before plug-ins and DAWs.

Some of these were simple alternatives to what’s available today. For example, instead of using an equaliser, Petrovic and Sarmiento would employ the proximity effect – moving a microphone further from the source if they wanted fewer low frequencies in the recording, and closer for more.

Other techniques were far more explorative and required a combination of modern technology and a traditional approach. One such example is making a drum kit entirely out of speakers.

In the early stages of songwriting for Dreamin’ Colours, Petrovic produced demos for the album tracks that included only the basic elements, such as the drum beat. Then, to transmute that beat from purely synthetic to organic and lively without hiring a drummer, Petrovic and Sarmiento set up a series of speakers in the drum room at Sonic Vista Studios.

On the other side of that intentional and fastidious recording method, a story was unfolding in front of Petrovic and Sarmiento. The same beat would take on a whole new sonic shape in ways they could have never predicted. New inspirations would arise in the moment from their desire to put these adroit recording techniques into action.

“Let’s say you have my vocal, and my vocal is supported by a piano and a drum loop that sounds quite good as a demo. But then, when you record that drum loop with microphones, sometimes there is so much character in that drum loop because of the mics, you don’t need the piano anymore because it’s already speaking so loud and so well and so beautiful,” Petrovic says. “There’s always the main idea. You respect that, but then everything that supports that can be changed drastically the moment you mic it up.”

Petrovic and Sarmiento spent a year mic’ing and recording, re-mic’ing and re-recording different elements of the album. Sometimes they would set up mics outside, as they did when recording Iranian opera singer Ariana Vafadari for the track Lalai.

For that track, Petrovic wanted it to sound like they recorded her “outside in the desert or on some outdoor festival somewhere in India,” and they couldn’t achieve that in a vocal booth.

For Lalai, they also integrated plug-ins such as Native Instruments’ India into these techniques to capture hand percussion samples. Within Avid Pro Tools, they would remove all the reverb and other effects from the sample to make it as dry as possible. They would then place speakers outside, mic them up, and record the percussion samples through the night to capture the natural outdoor reverb.

“Can I send this to my mother who doesn’t know anything about plug-ins and have her believe I hired percussionists in Ibiza and they played this for me?” Petrovic asks, with a laugh. This was another question he asked during the production process (he didn’t tell us whether she believed it or not).

Although Petrovic didn’t hire percussionists for Lalai, he extended the band sound aesthetic to other collaborators besides Sarmiento as well, and those collaborators helped him honour the full range of his taste in music.

This meant tapping up Hugo Oak to sing vocals on the redux of the 2011 hit, Lonely Boy by The Black Keys, and recording a reimagining of the traditional Serbian folk song Moj Dilbere with Serbian kafana singer Stefan.

Petrovic and Stefan first met when Stefan sang his own version of Moj Dilbere to Petrovic at a restaurant in Belgrade. Petrovic loved how it sounded and so they recorded it in a studio the next day, and later in the year Petrovic took Stefan to perform the song live at Exit Festival in Novi Sad.

That’s the true value of the band approach. Other artists – even artists people discover while sitting at a restaurant – are welcomed into the creative process, and the resulting music retains a collaborative energy. It’s an energy that Petrovic manifested after spending two years exploring the endless maw of production and recording with his bandmate Henry Sarmiento.

Sarmiento is the one who opened that door into that world for Petrovic, and now with the release of Dreamin’ Colours, listeners around the globe can join them in that process.