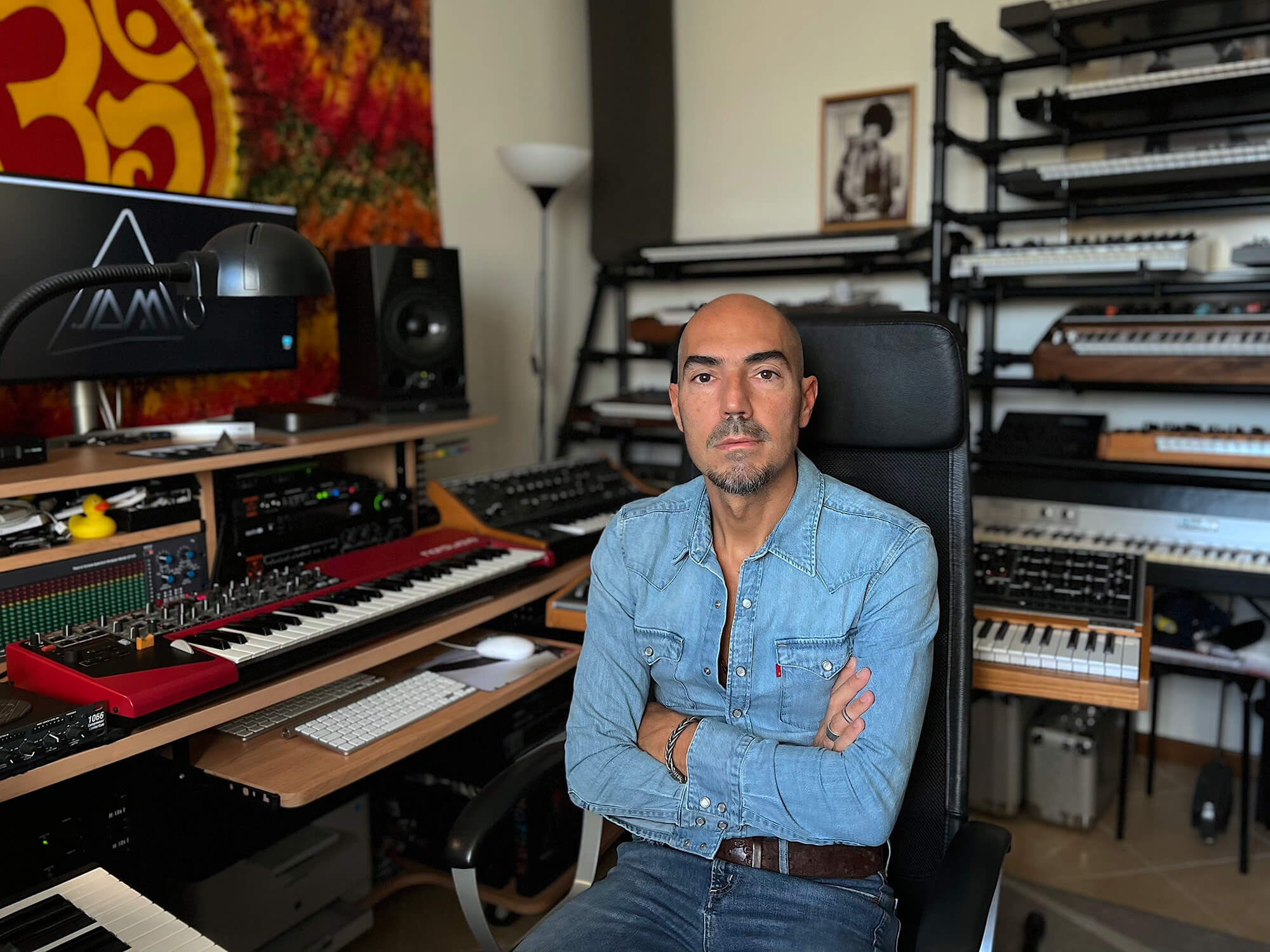 The veteran techno producer tells us why he’s glad to be an independent artist, how he presents different themes, and why Pink Floyd is his biggest inspiration.

With a strong 25 years in the game, Italian techno producer Sam Paganini instinctively knows what makes a memorable track. He’s accumulated tens of millions of listens on his techno tracks over the years, particularly with Drumcode-released track Rave, which sits at over 44 million views on YouTube alone. The versatile producer isn’t just about pumping techno, though. He’s toured Italy as a rock drummer and has a special place in his heart for classic rock and Pink Floyd.

In his fourth album, the concept-driven Light + Shadow, Sam dives even deeper into the intricacies of music production. He opens the album’s first half with six downtempo, uplifting synth-driven tracks boasting lush pads and contemplative beats. The latter half picks up the pace and drives the listener back to the dancefloor with powerful drums and gritty basses.

We sit down with Sam in his home studio to learn more about how he created the album, how he manages to switch musical styles effortlessly, and how producing in his pyjamas helps his creativity. 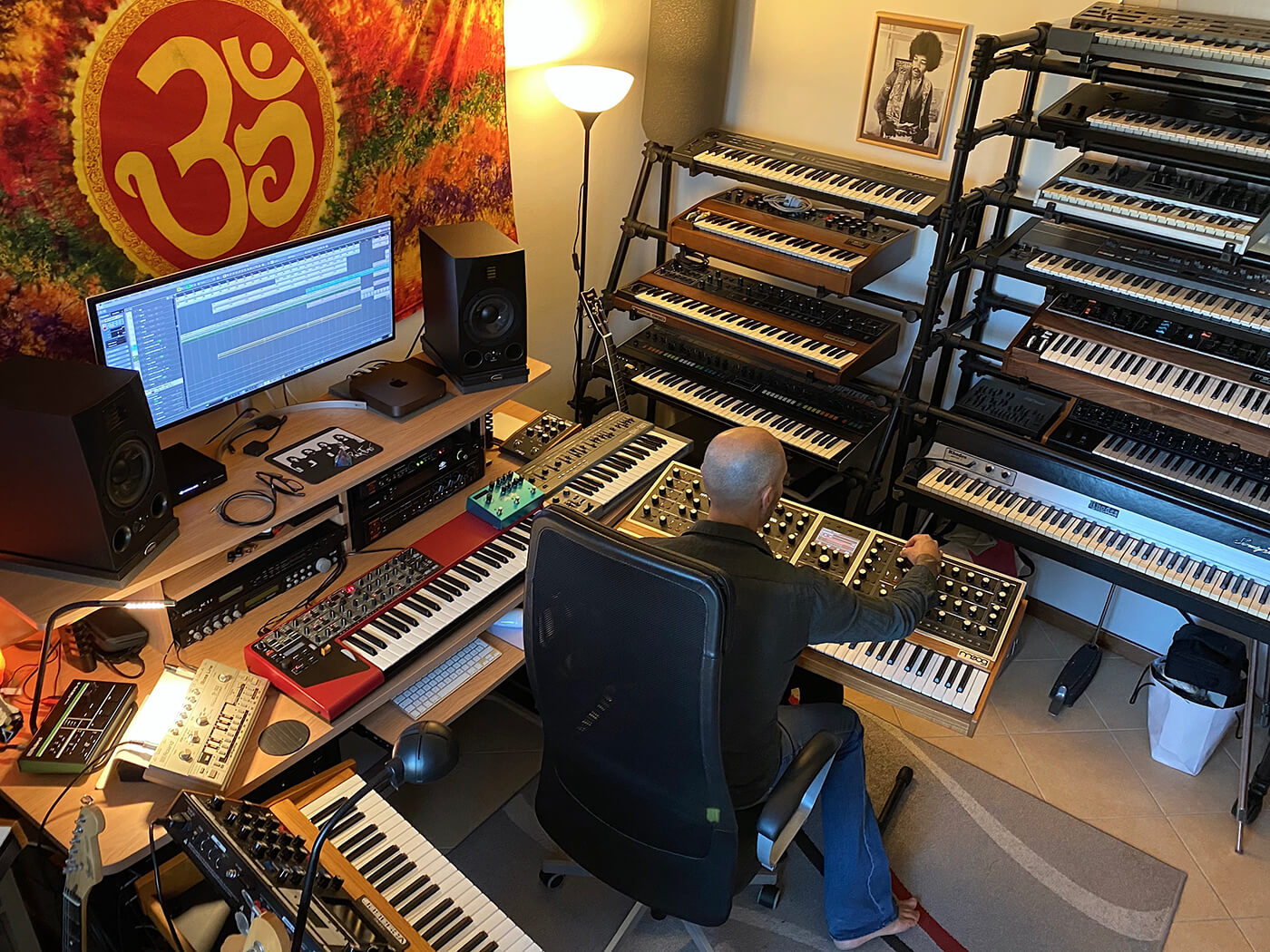 Hi Sam! Congrats on Light + Shadow. This is your fourth album in almost three decades – what major new lesson did you learn this time around in the album-making process?

I wrote and recorded the album during lockdown, so it was certainly a different approach. I didn’t have the chance to test new ideas on the dancefloor, unlike before when I played live at the weekends. That said, I had much more time to work on the album’s concept and sonic ideas.

Now I’m growing older, I realise that if I don’t want to lose time in the studio when I can’t figure it out with a track, it is better to start on a new idea and try to do a second chance some days or weeks later. Rave, for example, took some months in the studio until I got the synth idea during the middle part of the song. Another big deal nowadays is that I am completely independent, as I release the music on my label JAM, and I don’t have A&R’s anymore that decide if a new track is good or not. 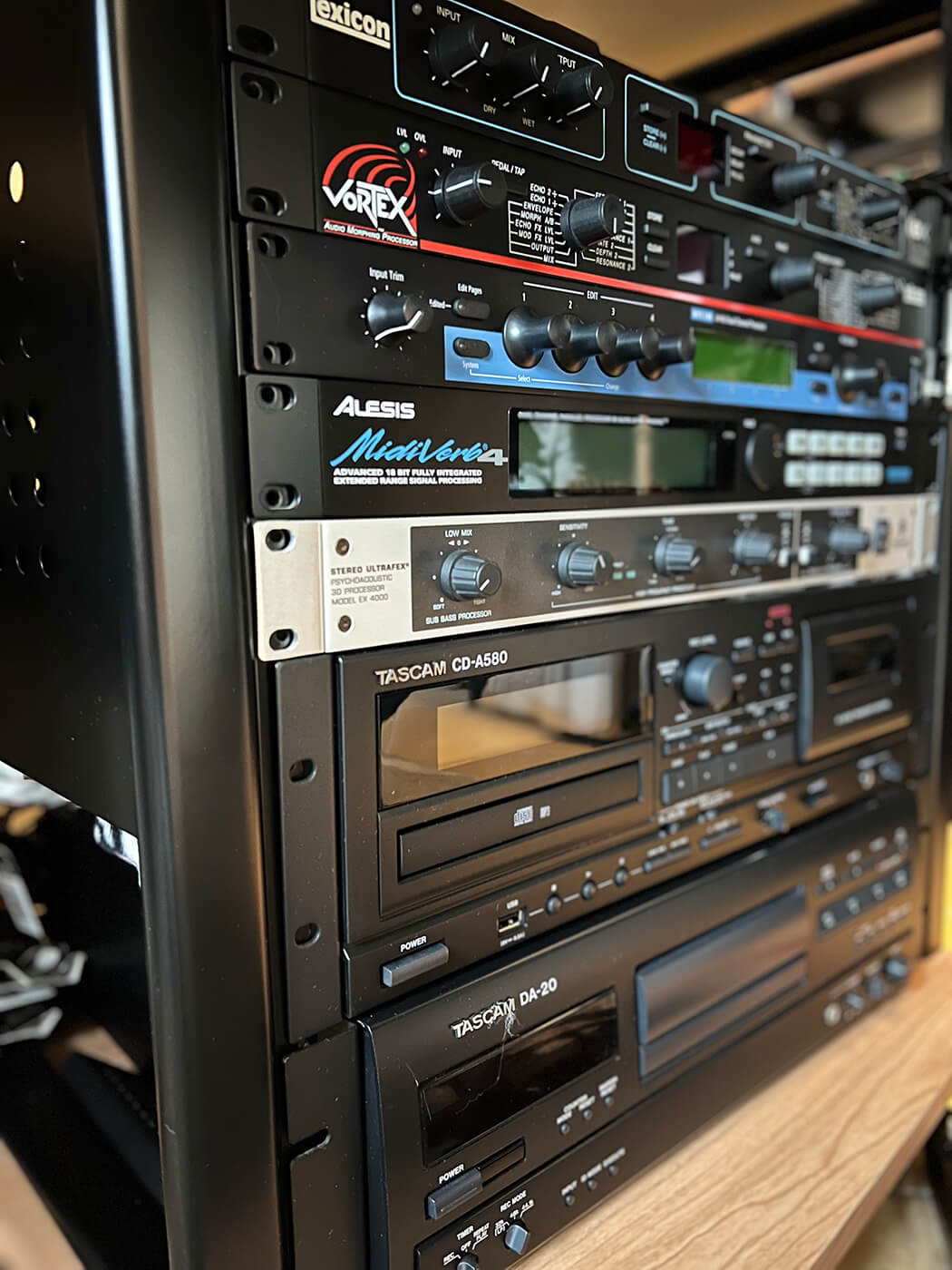 The concept of the album is to present two different sides of your sound, right? How did you convey that with the production choices?

Correct. It is a double album, the ‘Light’ side comprises six daytime oriented tracks, and the “Shadow” side features six nighttime dancefloor-oriented tracks. For the daytime tracks, I used more organic sounds – acoustic instruments, electric basses and guitars. The overall sound of the ‘Light’ side is warmer. 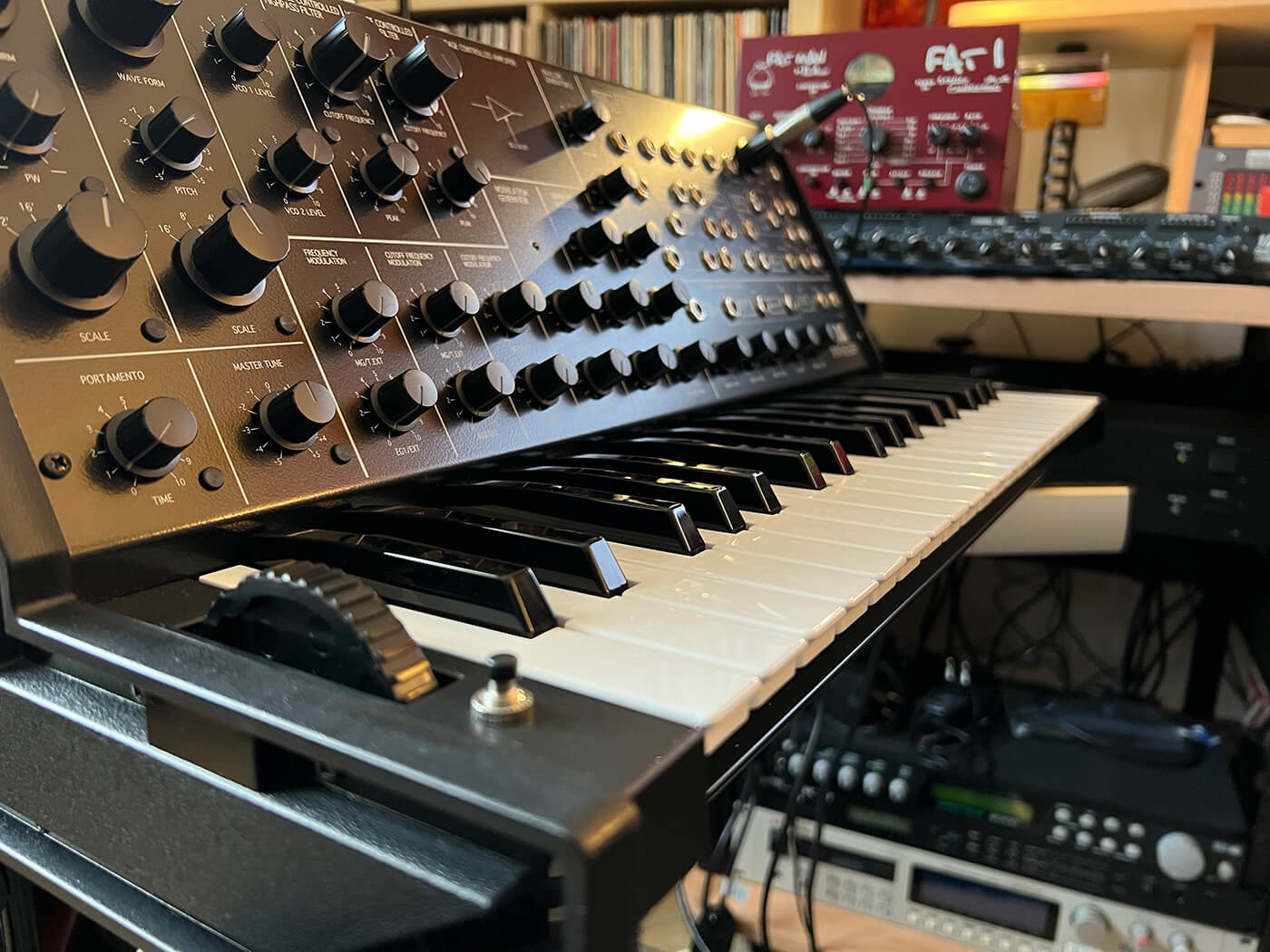 There’s a variety of styles on Light + Shadow. We particularly enjoy the calm, expansive journey that Overdrive takes us on, which helps lead into the heavier second half of the album. How do these different ideas start, and how do you decide which ones to develop?

I love it too. I still love to produce dancefloor tracks, but I need a balance when I write music in the studio, and it is so important to work on different styles. I don’t have any mental restrictions during the writing process. I always go with the flow.

I mainly start a new project messing around with a synth from my collection. Usually when doing some sound design, I’ll make an interesting chord sequence or a riff and use it to try and start an arrangement. Overdrive was born from playing some sequences on the Moog Voyager and some chords on the Moog One. 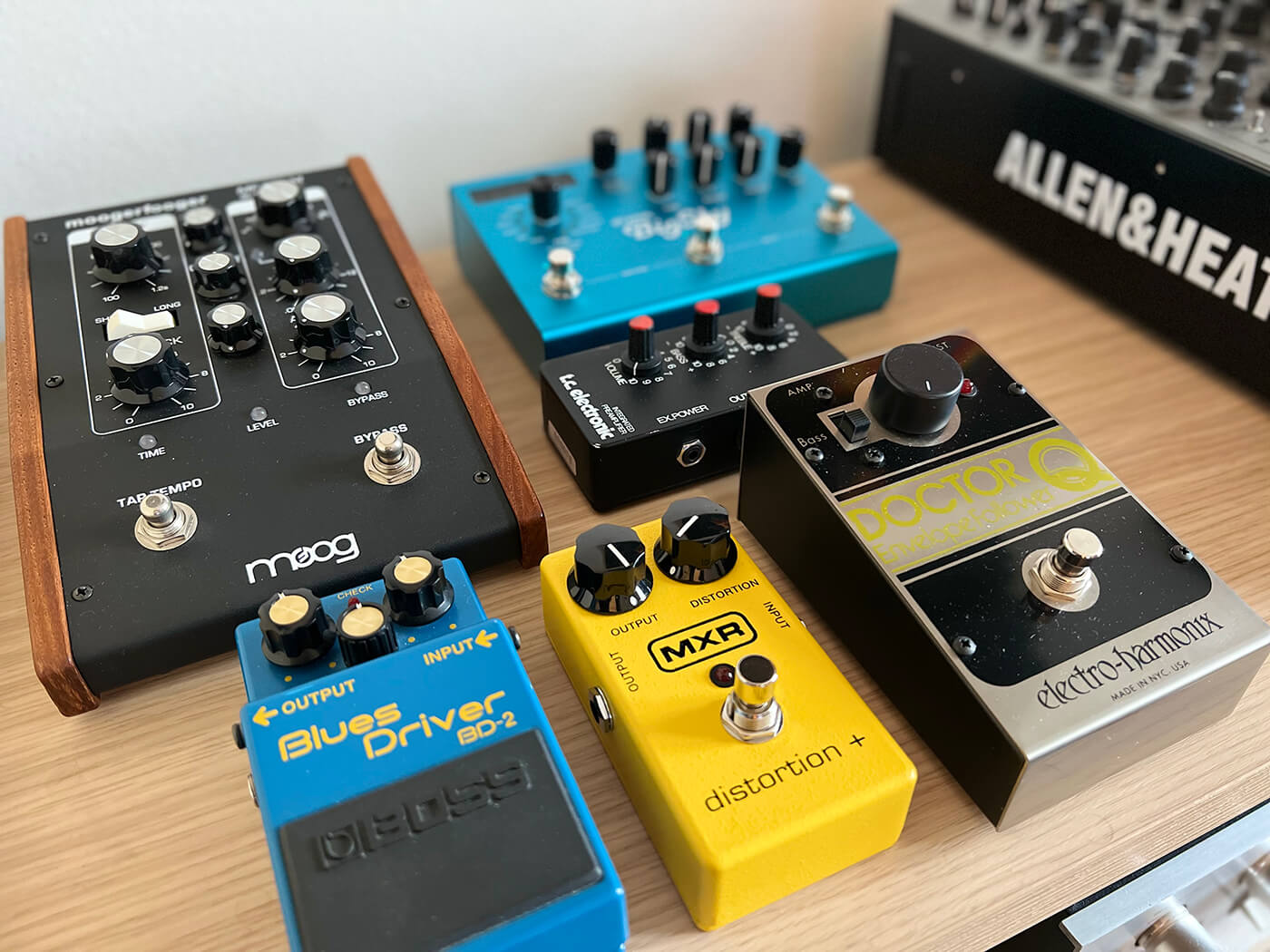 There’s plenty of subtle sound design considerations throughout the album. Do you have a favourite moment or a piece of sound design you’re most proud of?

I am very meticulous, and I create a premix during the arrangement process. I want to be sure that, in the end, all the sounds work well together without any bad surprises. In that sense, Bianca sounded good from the beginning, thanks to the right groove, bassline, and synth chords. Balance is everything.

Another track I am proud of is Nocturama. There’s more than 40 channels in this one: a lot of synths, basses, guitars, electric pianos, and percussion. It was much more complicated than Bianca, but I’m pretty happy with the result. It’s a kind of space psychedelic funk experiment. 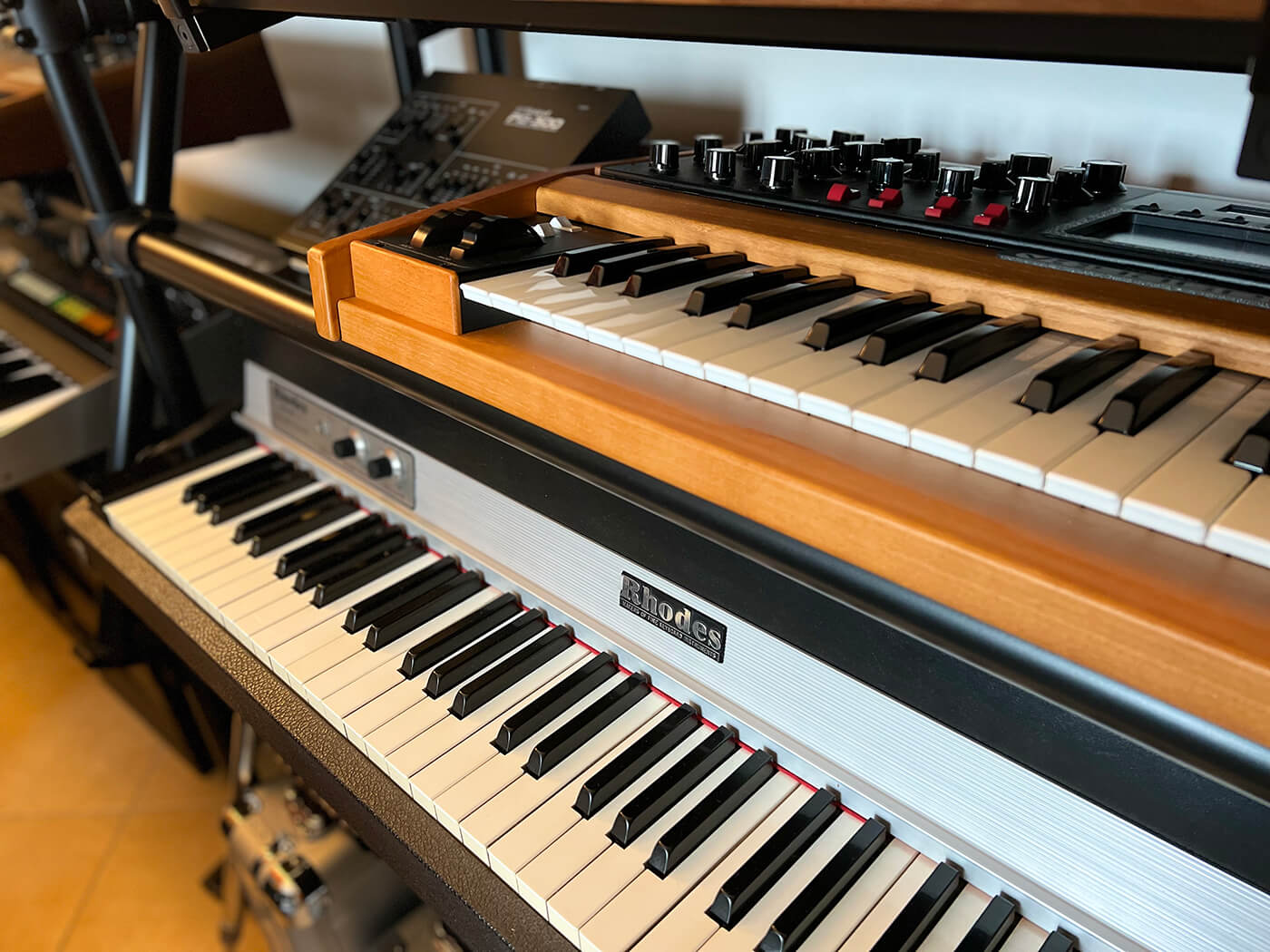 How do you channel the energy of the club into your home studio when producing?

When I perform as a DJ, there are particular moments when I really connect with the crowd and their feelings. It’s magic. I try to translate those feelings into music as soon as I am back in the studio.

How do you ensure that your studio keeps you creative and in the zone?

I need the studio at home because I want to be able to switch on instruments even if I am in my pyjamas. 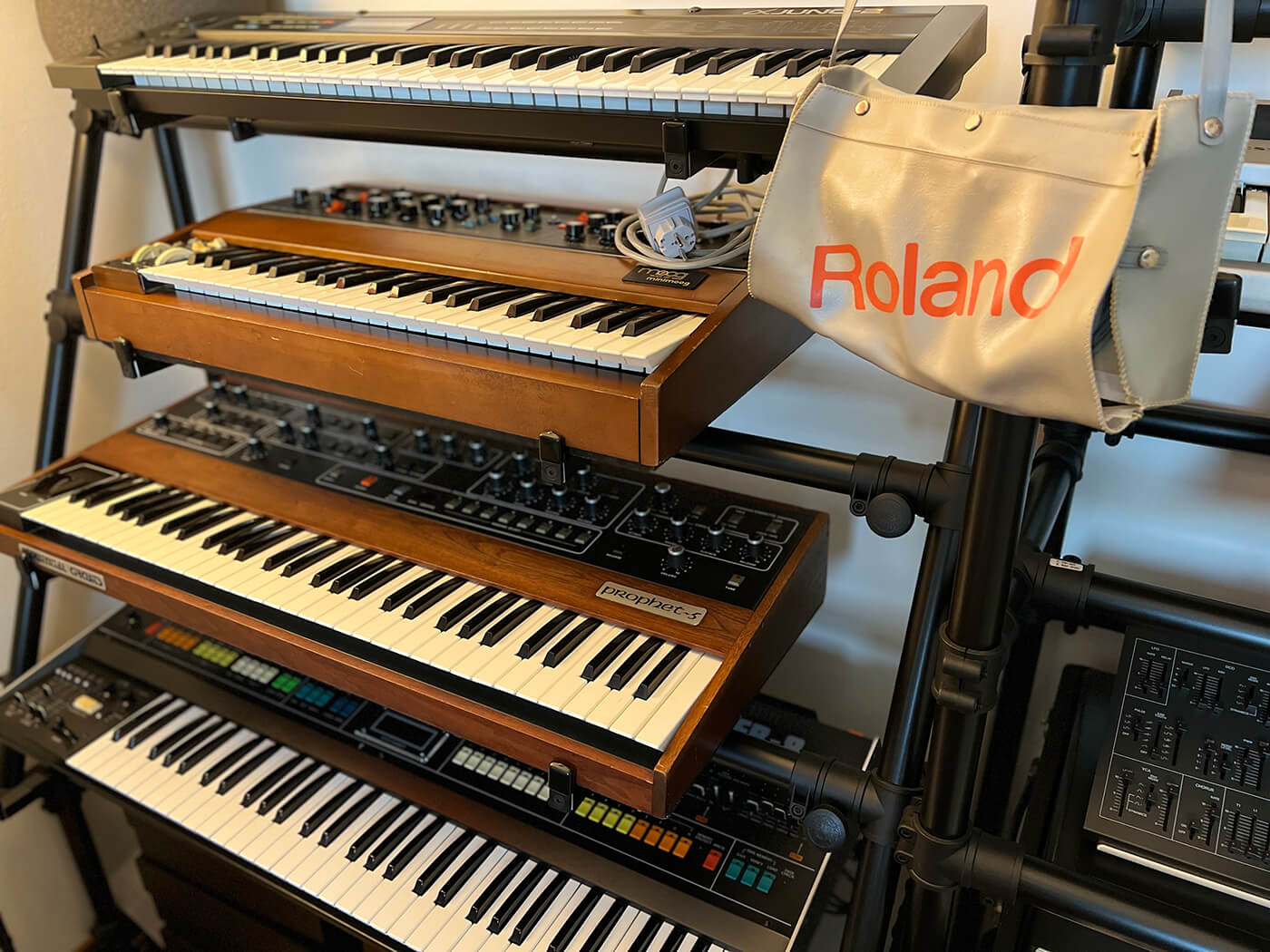 What is something you have learned throughout your career that you wish you knew sooner?

Don’t let yourself be influenced by the judgment of others, especially if they are not into your musical direction.

What artists are inspiring you right now? What do you love about them?

This isn’t an easy answer for me. I always say that I am a music lover first, and that’s true. I listen to classic rock – Rolling Stones and Led Zeppelin – through to jazz – Miles Davis and John Coltrane – to Classical or 80s pop music. I also love 70s movie soundtracks and, of course, the electronic scene with bands such as Kraftwerk, Rockets, and the early Aphex Twin.

But Pink Floyd has always been a big part of my life, and they had a huge impact on my music training. Radiohead, too are pure geniuses. William Orbit is one of my heroes; I love his electronic, elegant touch to pop music. 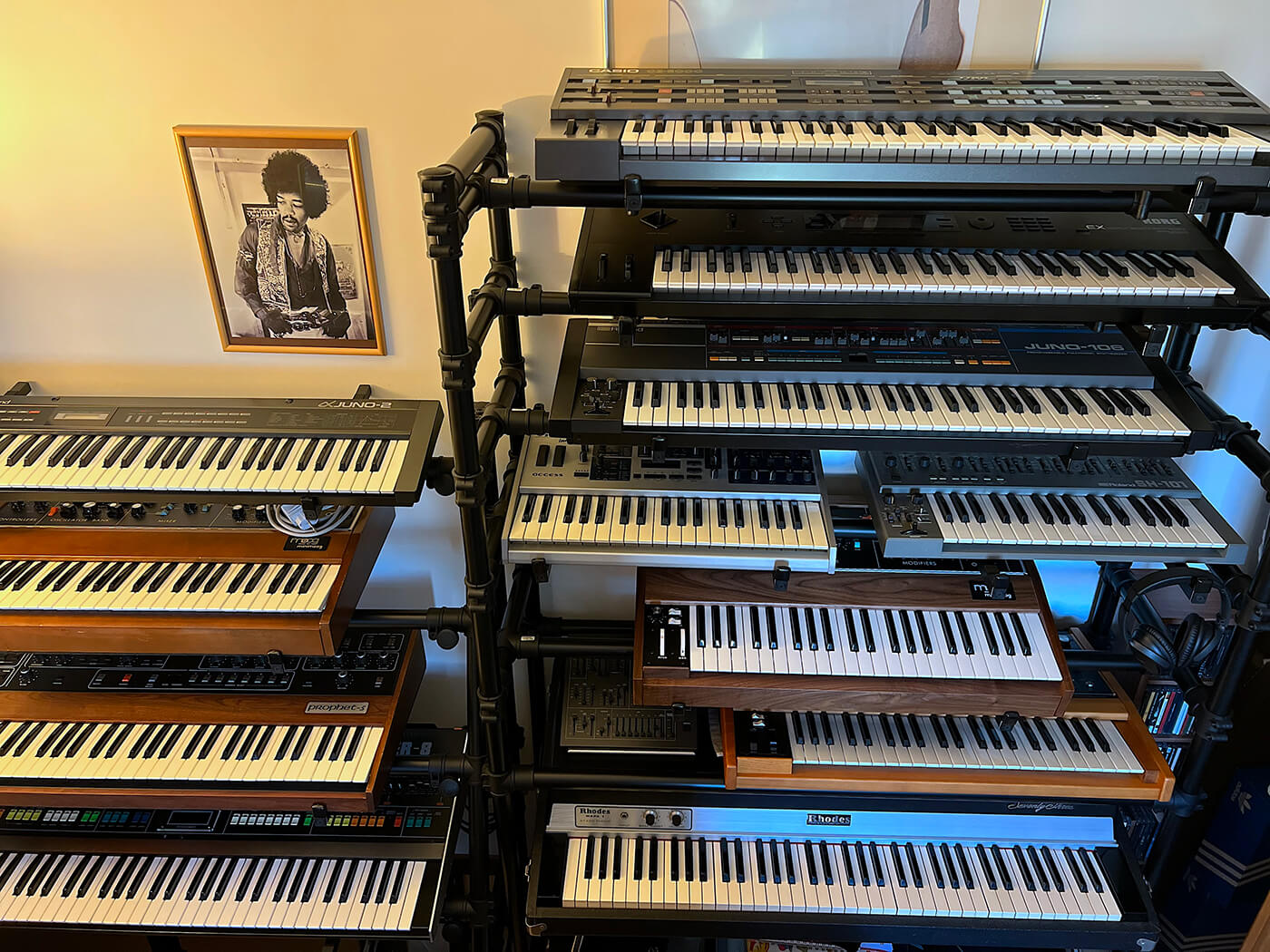 Do you have any advice for producers who want to go from creating EPs to an album?

A global concept is needed, and the playlist is very important. It is not a collection of songs like an EP; it is a journey. Nowadays, albums may not appeal to the young generation that listens to music on streaming services. But if you want to express yourself with a full album, you need to do it this way. 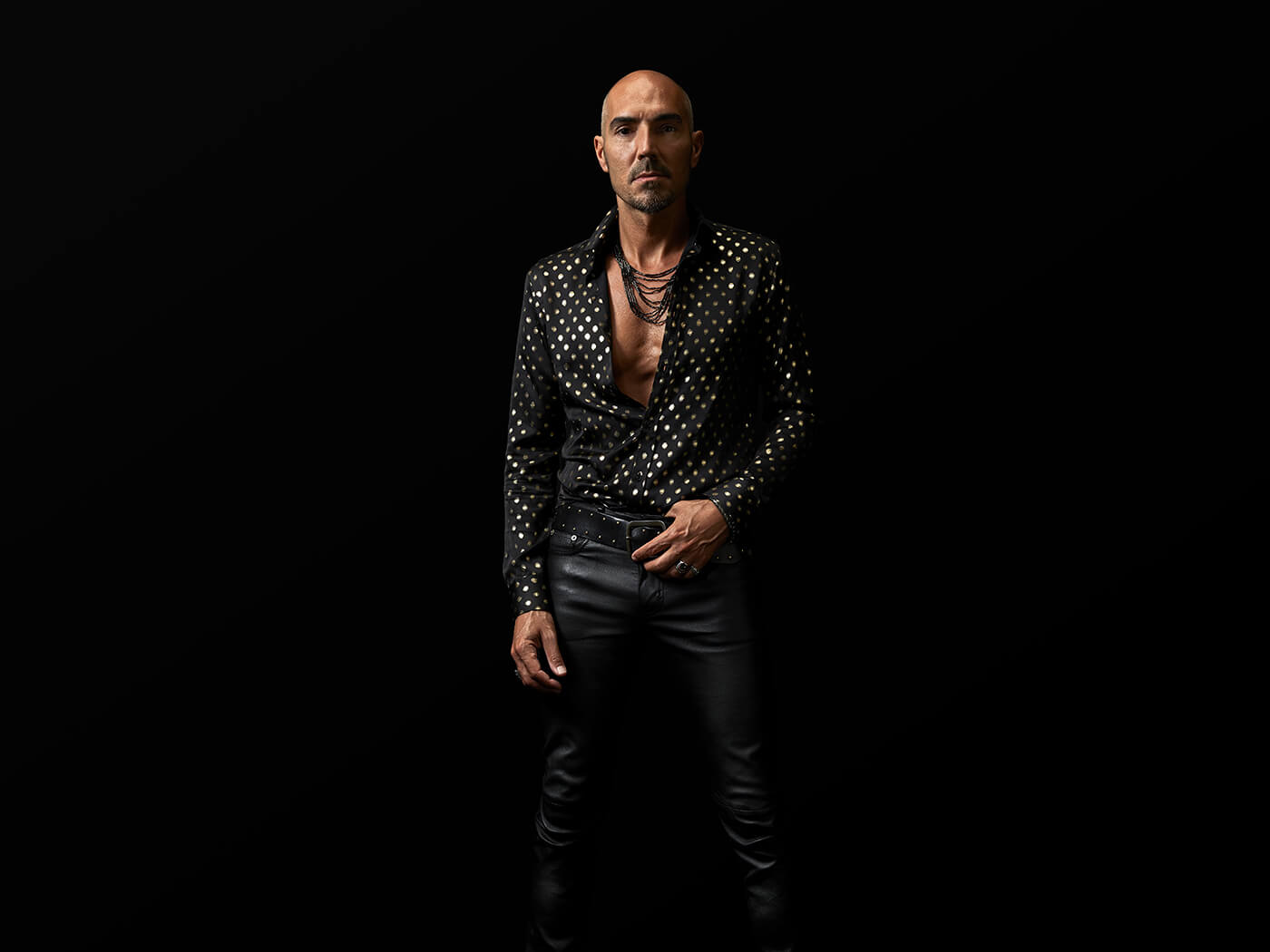 Finally, can you tell us about your upcoming live sets?

Sam Paganini LIVE is not only a music show but also a visual show. On stage, I use two Xone 96 mixers linked to eight channels in Ableton Live, a Moog Sub 37, an Access Virus Indigo, and some effects and pedals.

The setlist is a mix between some old tracks, updated with new arrangements, and songs from my latest albums. I worked closely with the visual team for over eight months, and I gave each track a “feeling” word, then they developed some ideas. We’ve now finally found which ones work better in the live context.

Sam Paganini’s ‘Light + Shadow’ LP is out now via Beatport/Spotify. Listen and check out his upcoming live dates here.