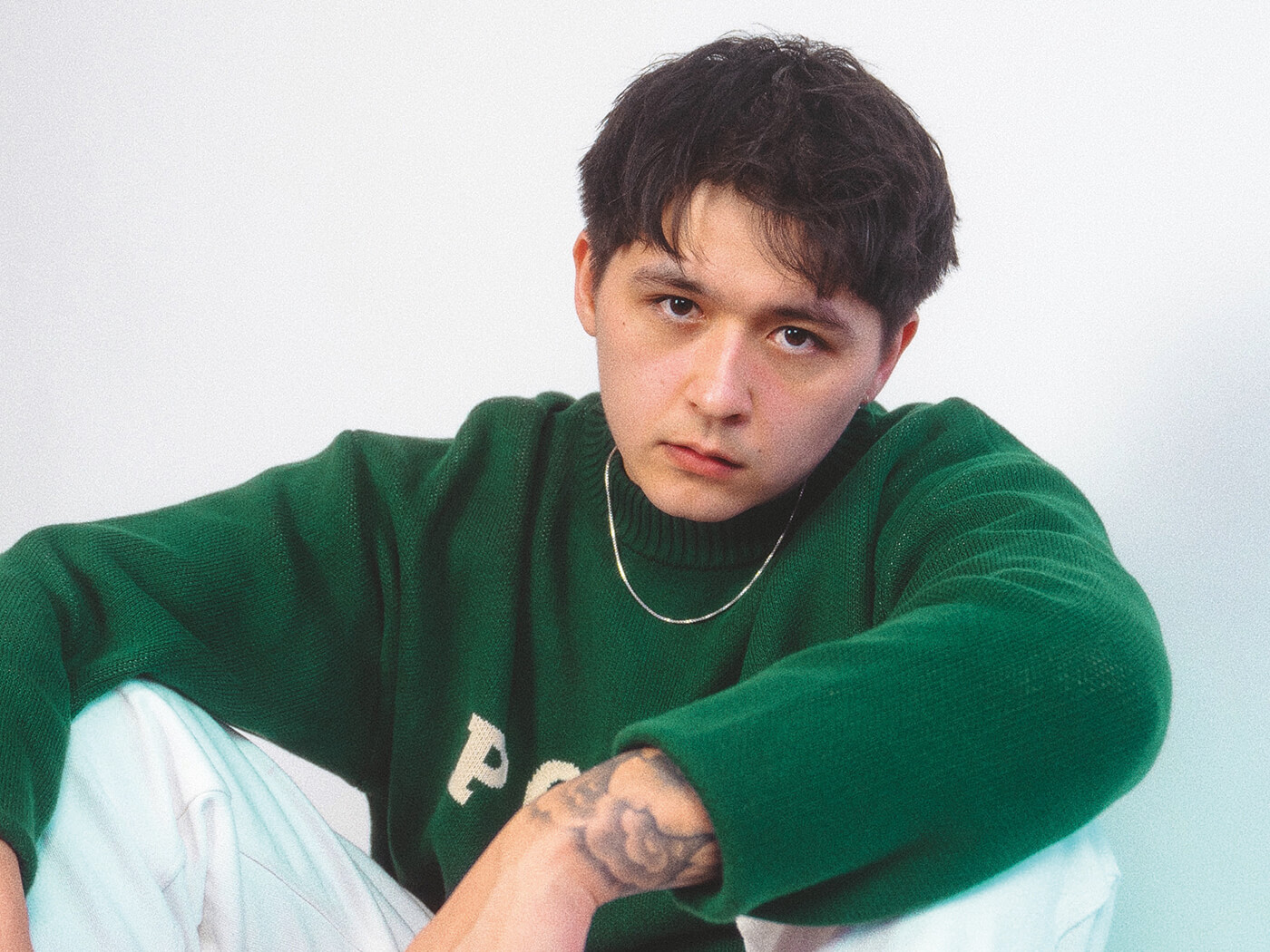 Spotify is taking notice, too – Sonn has featured on top playlists such as New Music Friday, Chill AF and Indie Pop, helping him rack up more than 25 million plays. With the release of his new EP Something, Safe, we made an appointment with the soulful surgeon to learn how Ableton Live’s in-built arsenal of plug-ins offers the perfect treatment for washed-out sounds. 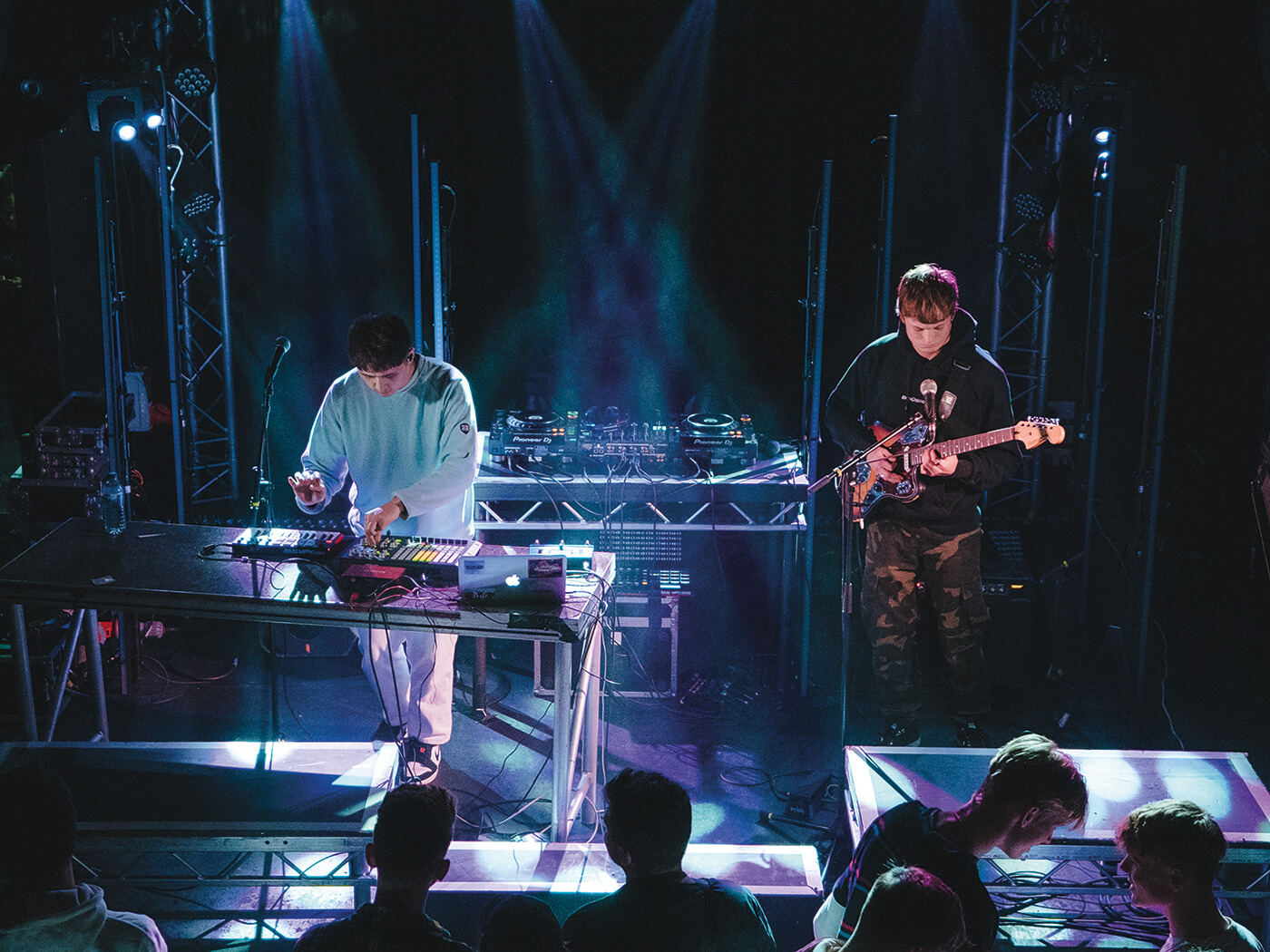 What’s a DAW stock plug-in you use a lot?

Most of the plug-ins that I use are the stock plug-ins that come with Ableton Live. I find that they’re really powerful if they’re used right. When I was first learning how to produce, that’s all I had, so I’ve learnt to use them effectively to get exactly the sound that I want from them. I think the stock plug-in that I use the most is Ableton’s Glue Compressor. It’s a really easy compressor to use and doesn’t add too much colour to your sound. I tend to find a lot of third-party plug-ins are quite confusing, so this is perfect. I like to keep production processes as simple as possible.

MT Pharmacist’s note A generic based on the SSL Bus Compressor. Use in moderation on groups and your master bus. Side effects of excessive use may include unwanted track pumping and flattening of dynamics. 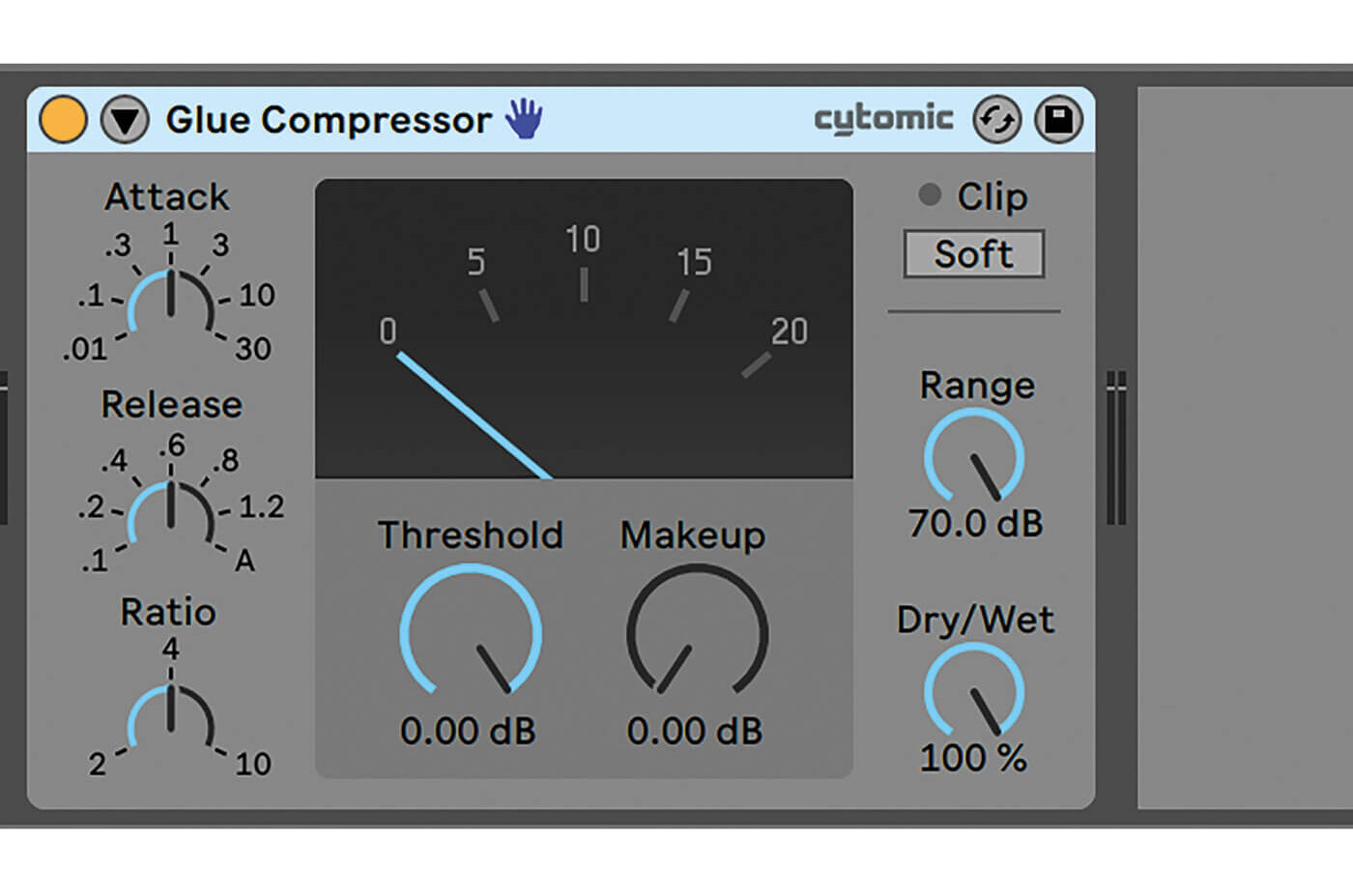 What plug-ins were essential in the creation of your track These Days?

A lot of the effects on the These Days guitar came from guitar pedals but I think what transformed the sound of the guitar the most was the effects rack I made, which was essentially the Haas effect. Without this rack, the guitar sounded boring. But adding it to the chain made the guitar feel wide and encapsulating – it really hugs the song and makes space for other instruments and vocals to come through.  It also gives the guitar a slightly wonky quality, because the left and the right channels are slightly delayed from each other. Typically, I would use this effect on small percussion elements or very specific ear-candy sounds in the arrangement. But using it on the guitar really helped transform the song into something else.

The small print The Haas effect, also called the precedence effect, is a binaural psychoacoustic phenomenon in which humans perceive the position of a sound based on which ear hears it first, not its amplitude. In a mix, you can create space and pan by delaying the left or right channels by a very small amount. 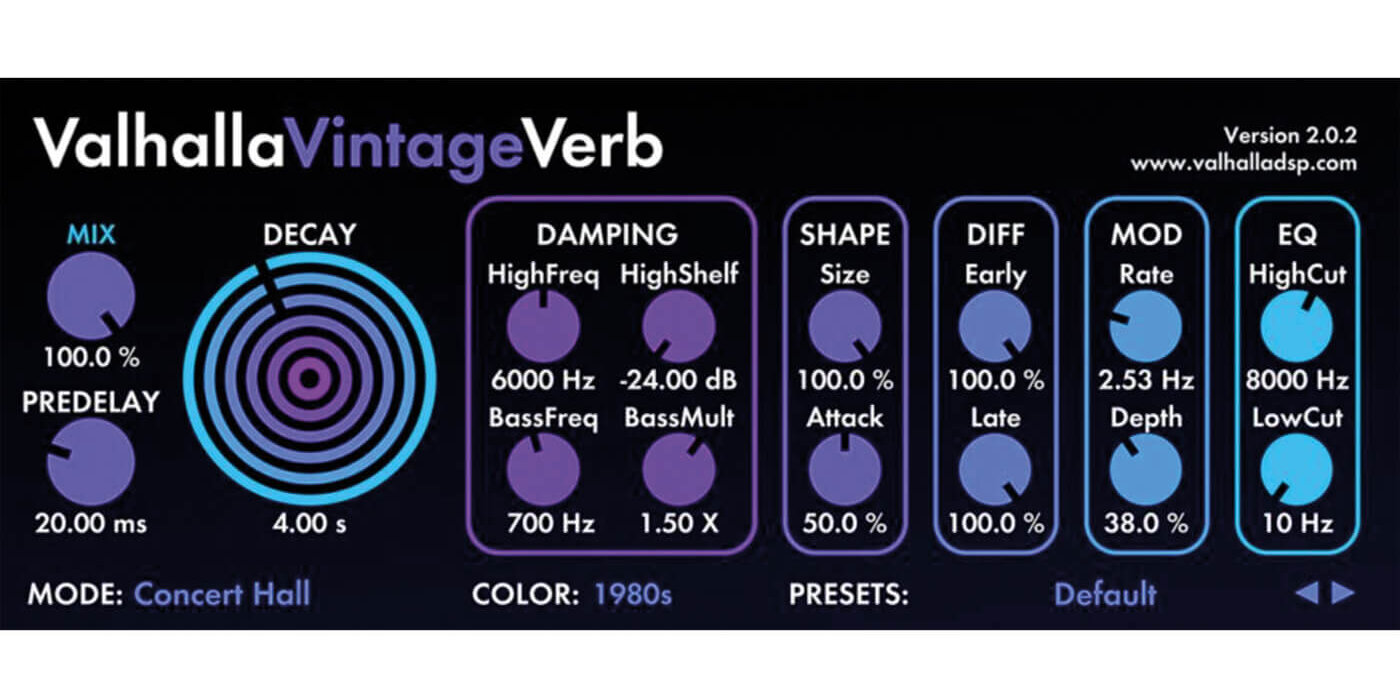 What plug-ins were important to your track Something, Safe?

As complicated as it might sound, Something, Safe is actually a fairly simple song. I knew I wanted to write something ethereal and dancey but I don’t think it would’ve been entirely possible without the extensive use of delays and reverb. I use Valhalla’s VintageVerb for practically everything I make. I love the sound it has and I love how easy it is to use. For delays, I used a mixture of Ableton Live’s stock Delay and Echo, as well as UAD’s Galaxy Tape Echo. Most of the background vocals on the track have a small slapback delay on them, with loads of reverb on top. Reverbs and delays really help bring a track to life and sort of act as the glue that holds everything together. They make all the sounds seem like they are coming from the same place. 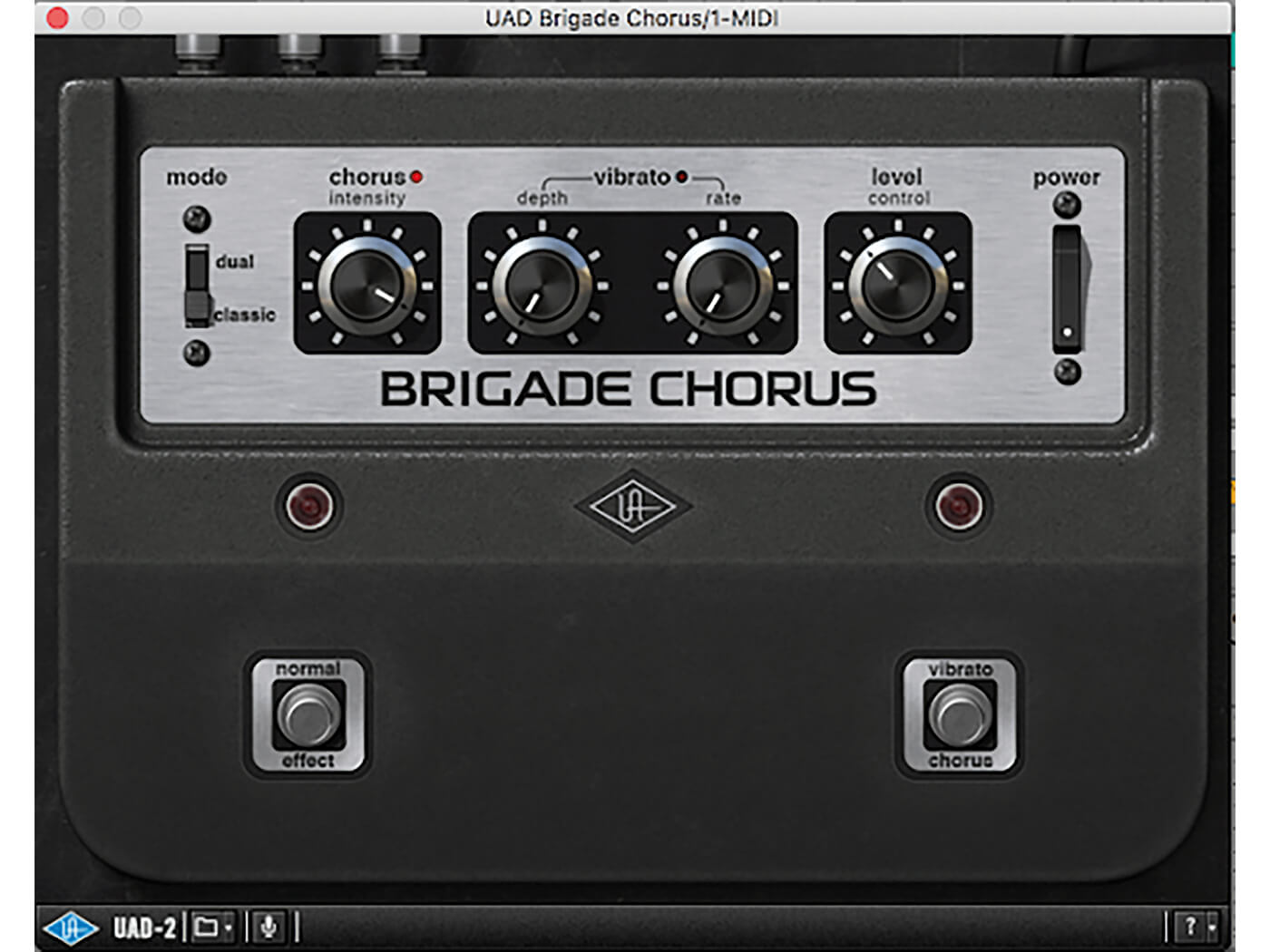 Chorus. Literally every song I’ve ever made has featured chorus in some way.
I love the sound of it and it can make things that sound very present and in your face sound very washed out, which is perfect for the music I make. I have various chorus plug-ins, each with their own specific use and individual qualities. Ableton’s chorus is one that I use a lot because it’s stock and readily available. I’ve learnt to get a certain sound of it and I use it on most things, from guitars and pads to vocals. However, I recently bought a UAD Apollo Twin and it comes with a bunch of UAD plug-ins, including Brigade Chorus. This is the real sauce. It sounds so warm and is so nice on guitars and synths. It also has a nice vibrato feature. The main advantage for me is that you can use the plug-in on the instrument without latency.