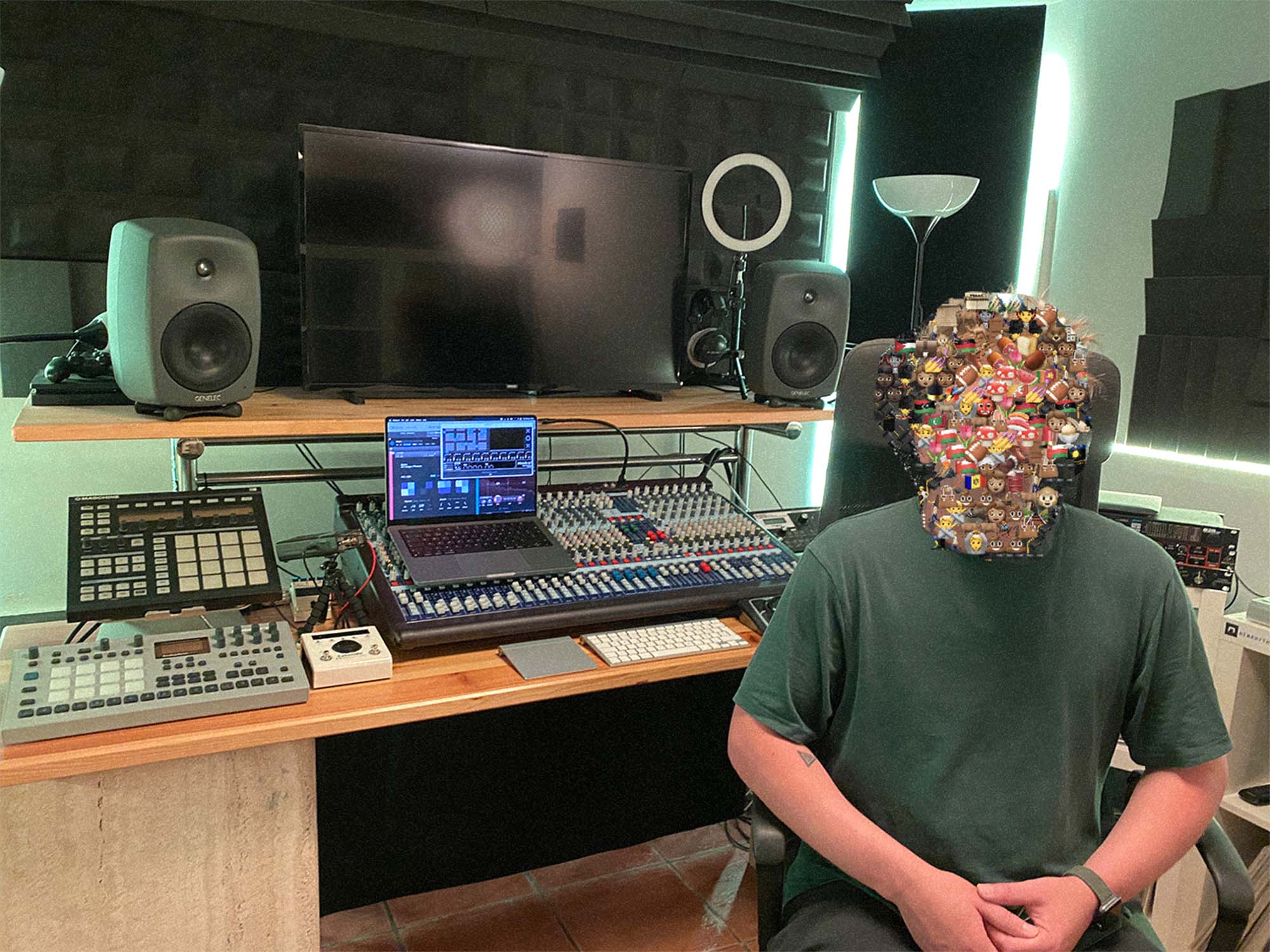 Plugins I Actually Use: Moody Waters

The mysterious producer of deep leftfield beats gives us a plugins run-down.

Having released on labels such as Release Sustain and Lobster Theremin already, upcoming mysterious artist Moody Waters has eyes on imprinting his mark on the electronic music scene through offerings of abstract, diverse sounds. Whether it’s drowsy leftfield beats, all-out ambient moments or chugging hypnotic rollers fit for an Ibiza sunrise, the London-based producer isn’t afraid to dip into a range of musical directions.

Now, for the first time, Moody Waters has put together an album, giving himself a chance to show off all of his talents through a lengthy self-released 14-track project. We find out how he ticks in his home studio, and what plugins went into the production of the debut album, Three, which you can check out below.

I’ve had the idea of recording an album for a long time now, and I really needed to get on it. I had the opportunity to complete a few EPs in the past, but to keep myself motivated creatively, I needed to work on something that featured more tracks and material than the typical four-tracker.

Can you tell us about the role Dolby Atmos played in the production of the album.

The company I work for, Spatial Mastering, is in the post-production industry and specialises in the Dolby Atmos format. And, because I am absolutely positive that this technology will progress the way in which we consume music, it was only natural for me to include Dolby Atmos and NFTs as distinct formats for the album given that I had the facility to do so. I think it brings depth and a new approach to artistically rearrange the way music is presented and absorbed. 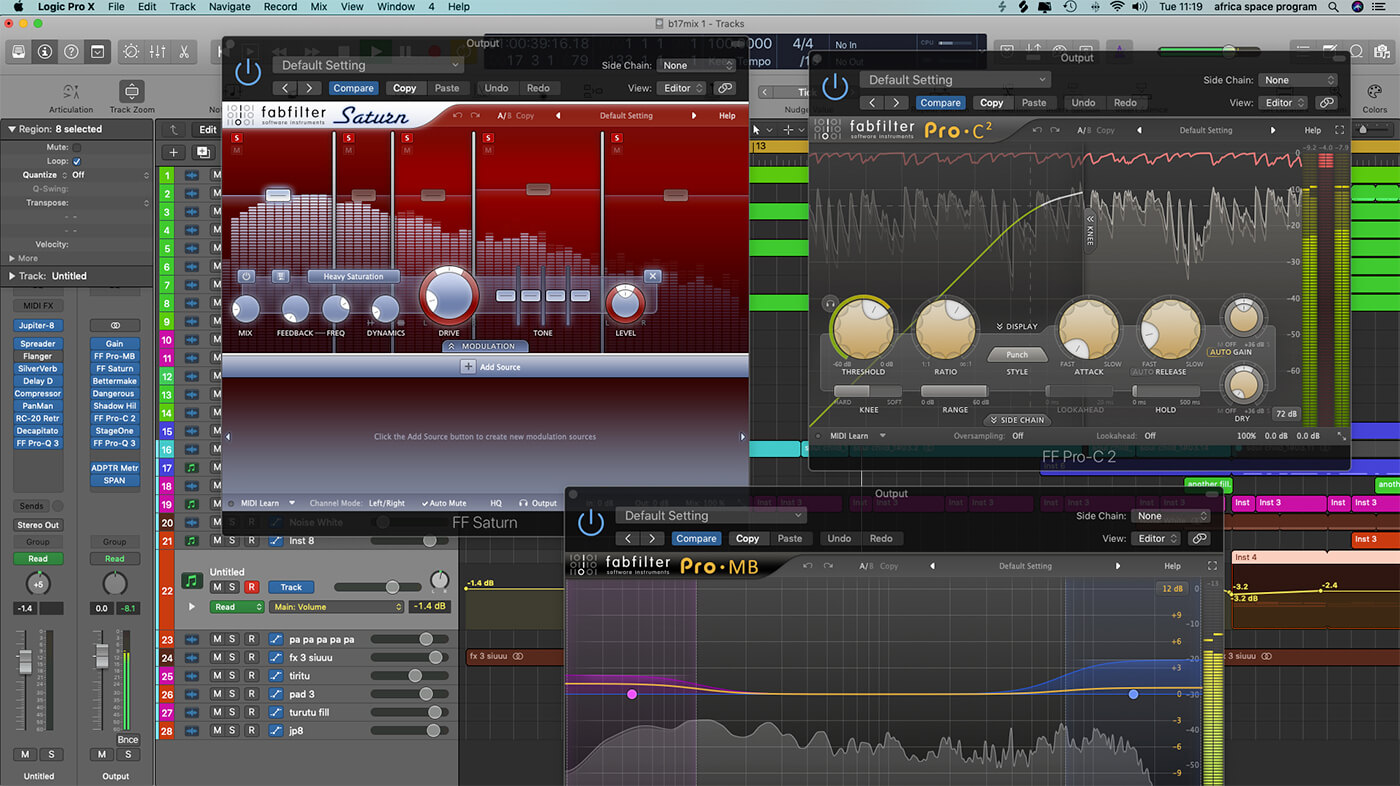 That’s a tough one! If my recollection serves me well, the Spectrasonics Omnisphere was the most recent plugin I purchased. Because there are currently so many different options to choose from, I make it my priority to use the fewest possible. It’s got a lovely organic tone. I have used it in the tracks that require an emphasis on organic sound. On the other hand, I might easily utilise it too much on all of my tracks since it’s so easy to implement. I really like all of the capabilities that it provides, as well as the MIDI and sound customisation options that it gives me. The preset library is fantastic, and each of the presets is outstanding in its own right. Plus, very little processing is required. In my perspective, Omnisphere was well valuable. 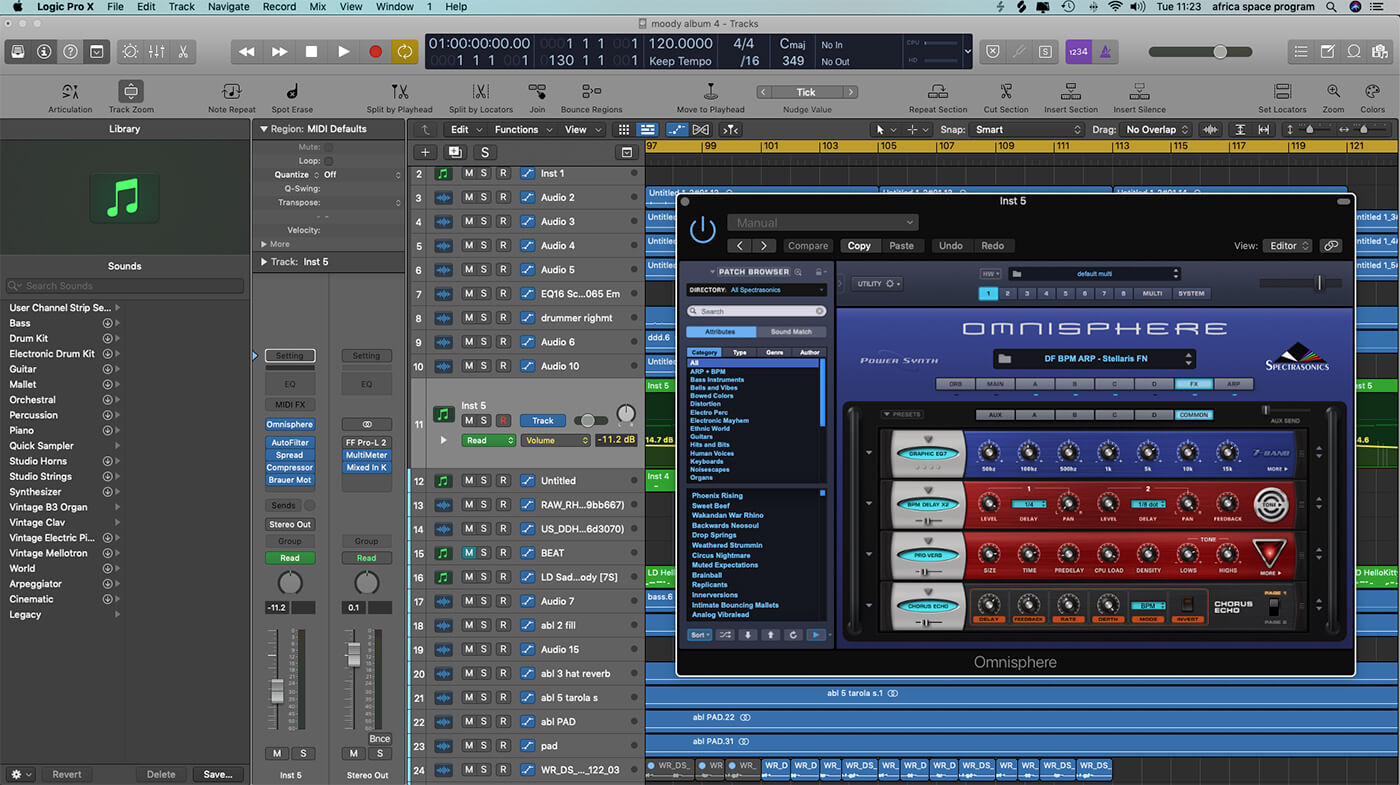 Without a shadow of a doubt, it has to be Voxengo’s Span, since it’s such a trustworthy metering device. I make extensive use of i, and I love the visualiser and meter display.

That would have to be the Fabfilter Total bundle. I simply cannot go without it! 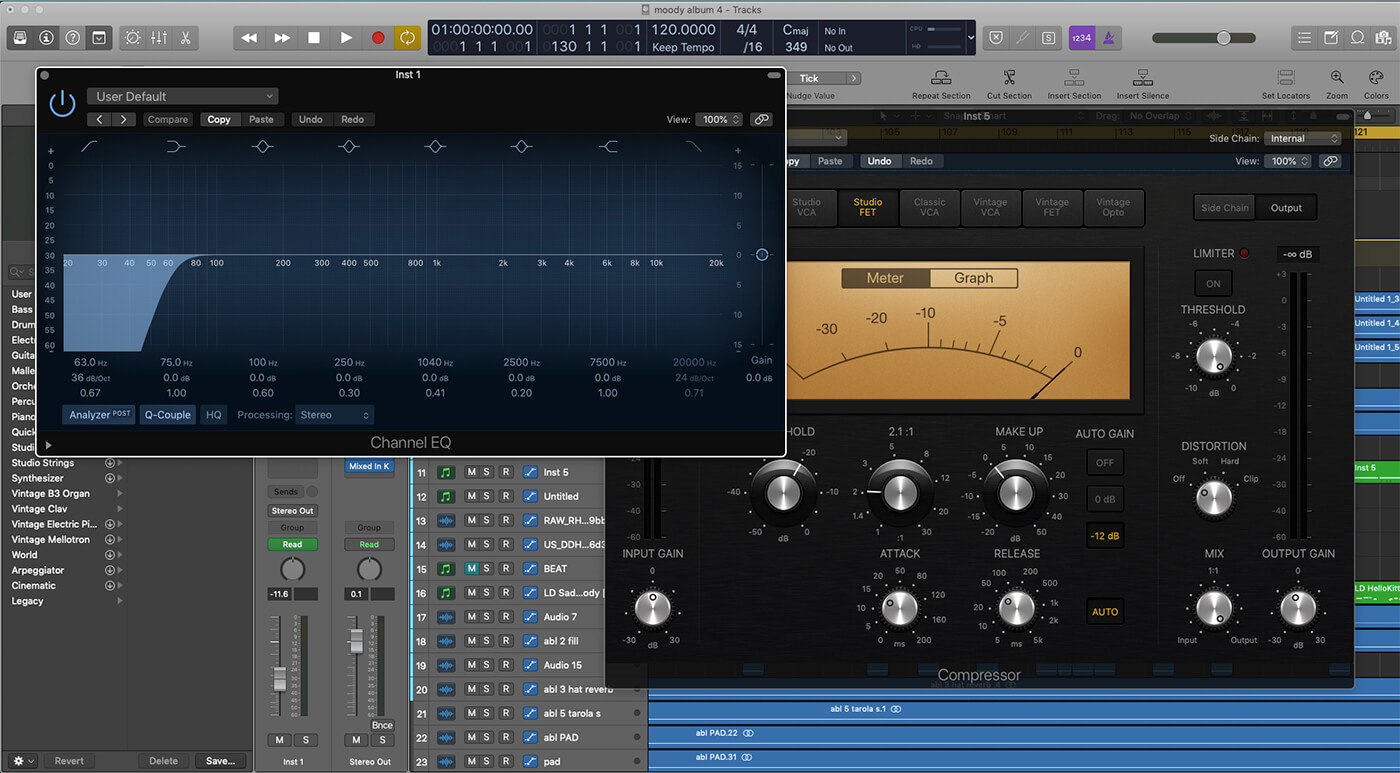 Spectrasonics Omnisphere for its huge capabilities, and value for price.

The equalisers and compressors in Apple’s Logic Pro X are some of my favourites. For rapid solutions, I find these stock plugins the best. They mostly tend to be less processor-heavy than the third party ones. 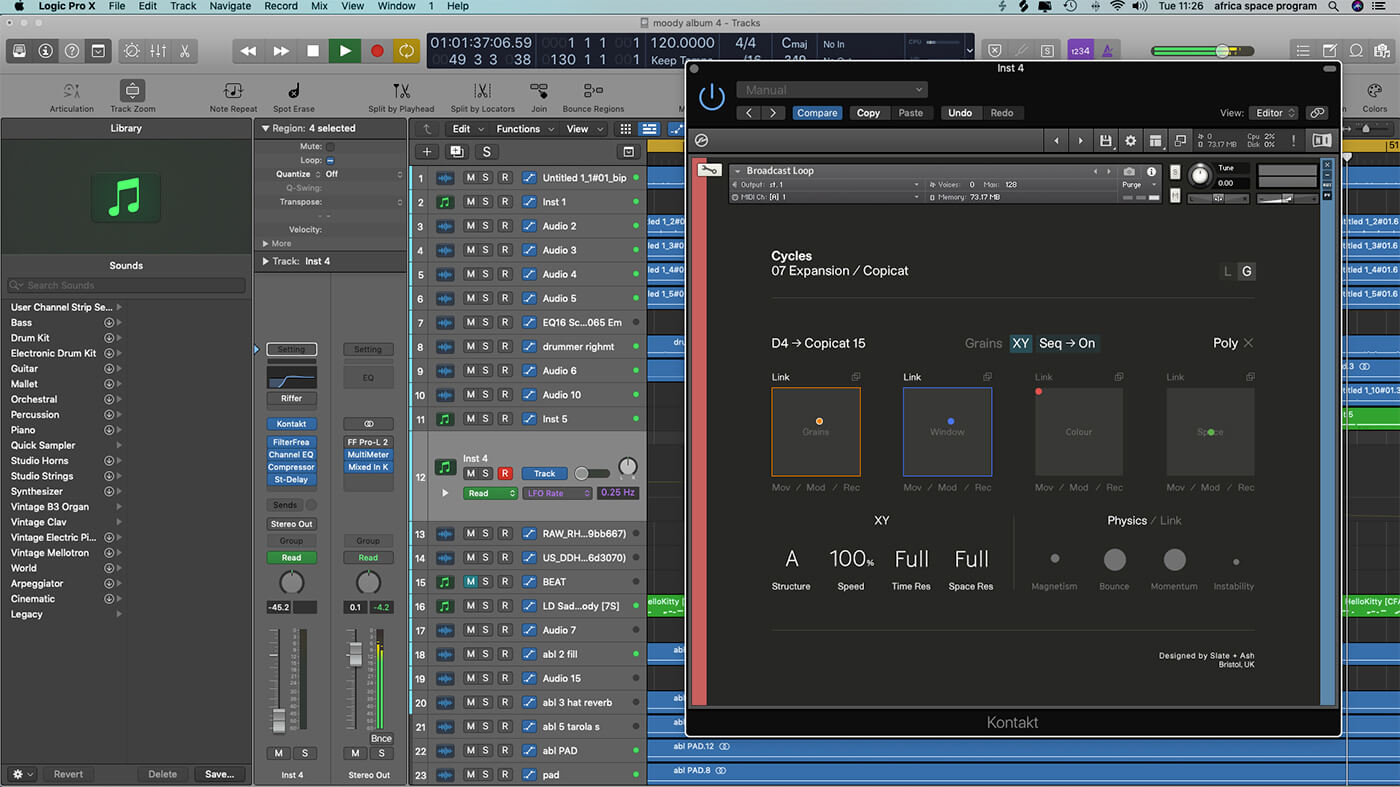 I’m a big fan of all of Fabfilter’s products, particularly MB, Pro-Q3 and the saturation plugin. They’re beasts at what they’re designed to accomplish and I always include them in the final track – brilliant units!

What plugin would your album, Three, be incomplete without?

I often work with Max MSP and I collaborated with a friend, Tony, to develop a plugin that would cater to my production requirements. We’re working on making it available to the public and I think producers will be enthusiastic about it. It’s a sample masher with excellent features. With Max, there are a myriad of possibilities. I used a wide variety of patches while making the album; without it, I would not have been able to make Three. 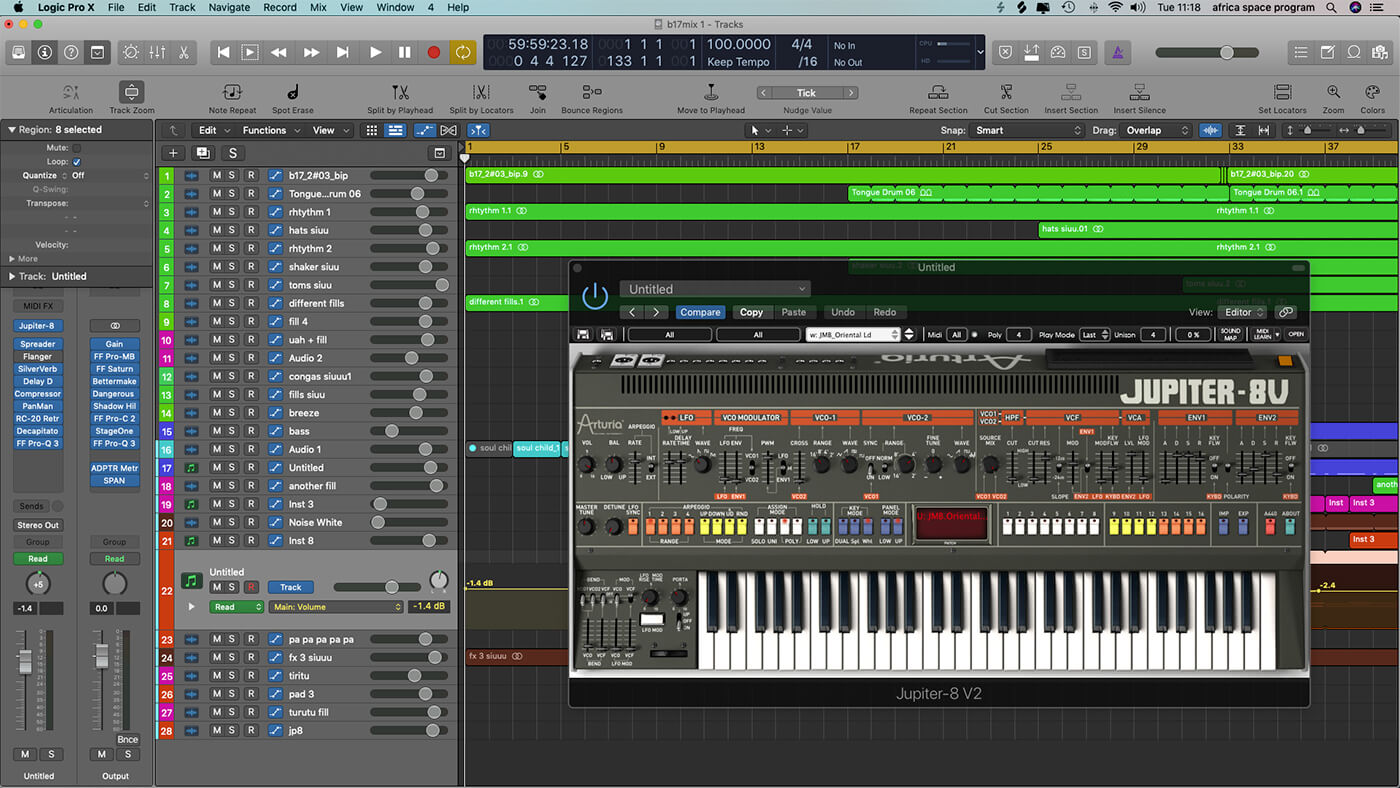 Music is a low-slung chugger. What’s the synth used here?

I usually just grab a machine and try to use it to its full potential on a track. For the majority of the sounds on Music, I used the Korg MicroKorg, but I also used the Roland Jupiter-8 and Korg Polysix plugins.

Between FabFilter and Max, in my opinion I am able to say without a doubt that my output would be far lower if I did not have those. 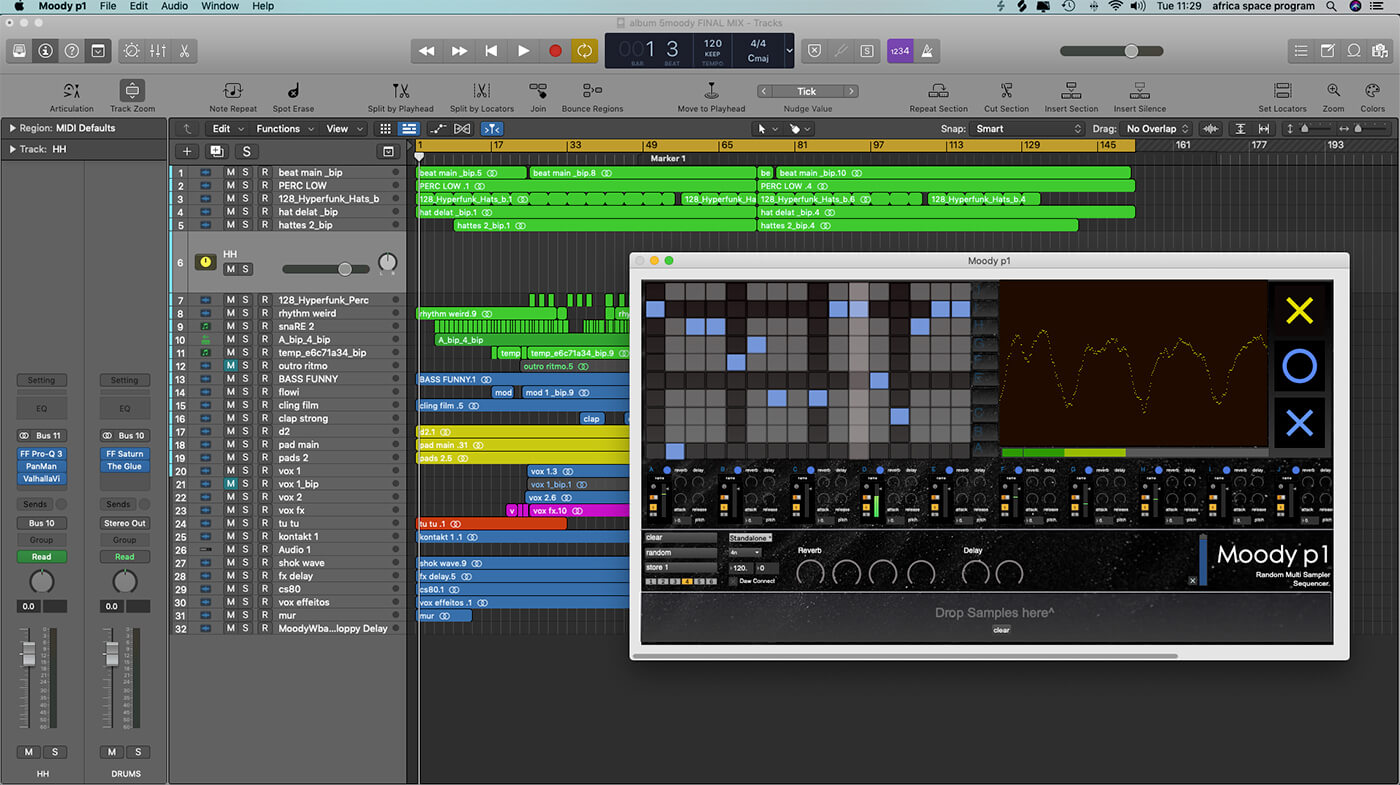 I enjoy Xfer Records’ OTT and LFO tools. They’re incredibly convenient for addressing specific difficulties that, if they did not exist, would take a lot of extra work to get around.

The software that Slate & Ash has developed is fantastic. Both Cycles and Landforms are truly formidable pieces of sound synthesis software. I love how unique and interesting their user interfaces are, the presets offer a wide variety of options and, in my opinion, they’re designed to perform more functions than what is initially apparent.