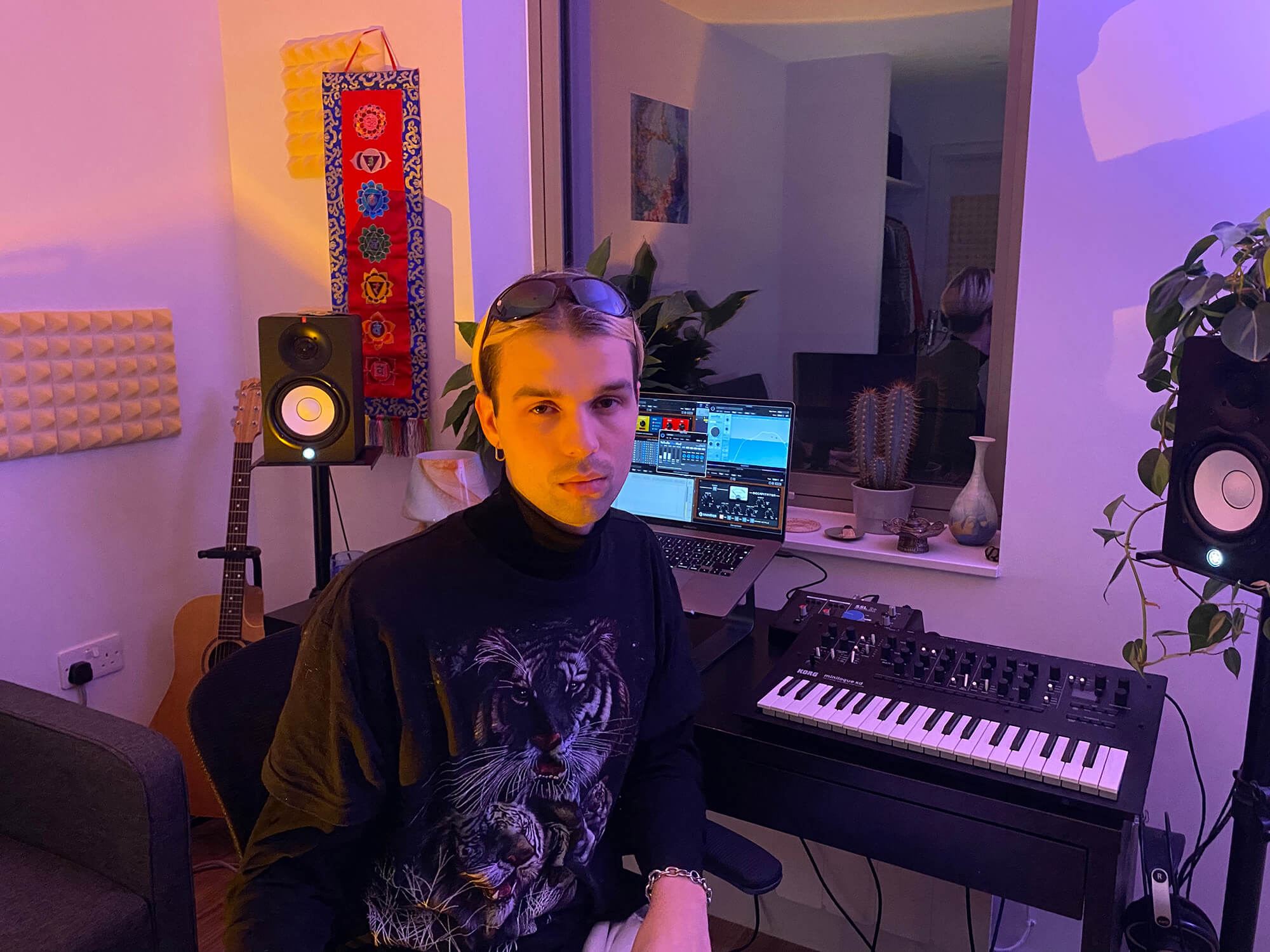 Plugins I Actually Use: KUBA

The producer/singer-songwriter talks about his Fabfilter-focussed processing chain, and other tools and techniques that help shape his sound.

Manchester-based KUBA says: “I make music for people who know deep down what’s right for them and what’s not but keep it inside because they think the world wouldn’t love them the same if they were to truly become themselves.”

His vocal deep house style, made using a minimal laptop-centric setup, is made possible thanks to adopting both a singer-songwriter approach and being a music producer at the same time. This combination, he says, is “creatively more freeing”, resulting in a process where he doesn’t need to worry about the input or opinions of other musicians.

We find out about life as a producer, the mix bus effects KUBA uses, and the other essential software tools that have become mainstays in the plugins folder of his DAW.

Hi KUBA! What are the benefits of being both a producer and a singer-songwriter?

I know from experience that finding the right producer can be hard and, for me, finding a vocalist just feels like a personal choice. It’s empowering knowing that you can go away and produce and record a whole track that’s going to need very little tweaking from anyone else, unless you really want their specific input.

It also inspires a greater variety, depending on how these two roles interact. There are cases where I’d create a whole track and only then sing some bits and make it more of a ‘vocal feature’, and there are times I’d write a song at the piano or play the guitar and the role of the producer is then to just find the right sound and support the writing. I guess being able to play with more aspects of the music makes it creatively more freeing.

Soundtheory’s Gullfoss Master. This is a kind of AI tonal balance fixer and is definitely not super detailed locally but works wonders on the whole mix. I’ve seen so many people using it and, though I’m not a fan of these AI plugins, I ended up trying it out. I try to hold off as long as I can and mix without it but a bit of cheating at the end of the process pushes it to the couple of percent I’m always looking for.

Voxengo’s SPAN. This is a plugin I use often for checking basses when I need them to sound thick and I’m having doubts about the frequency distribution across the whole low end and lower mids. I also use it for checking balances on the master bus, especially when I’m sonically in less-than-ideal environments. It aids in finding out overstated frequency ranges.

oeksound’s soothe2. It’s not the cheapest plugin but the amount of time it saves searching for harsh resonances makes it indispensable. It’s basically a resonance suppressor that is extremely versatile. I use it on muddy synths and harsh shakers or vocals predominantly in the 2-3kHz area. I found that using a very sharp, selective suppression smoothes out any overly nasal, intense lines but not in a way that sounds artificial, just mimics a better vocal performance.

Celemony’s Melodyne 5 Studio. It does help a lot, catching endings and subtle passing notes that an autotune wouldn’t catch otherwise yet keeping a natural sound. I like the formant feature for when a vocalist changes their vocal placement because it might be too low for them too suddenly. This can subtly smooth it out and, again, make it sound like a better performance. Melodyne has such a strong reputation, I took a leap of faith with it and definitely don’t regret the purchase.

Vintage Tube EQ. I barely use stock plugins in Apple Logic Pro – I feel like I’ve always found a better alternative from a third party. I do like the Vintage Tube EQ which is basically a PulTec emulation and it really does have a nice warm sound. I use it on basses and sometimes vocals to add a bit of presence and an analogue character. I don’t think I’ve ever come across such a nice PulTec emulation, which is why I end up reaching for this stock one.

I usually start with FabFilter Pro-Q-3 removing sub-20Hz. Occasionally I have Soothe2 next [in the chain], doing different things depending on the issue I’m trying to fix, mostly just catching the odd resonance in mids. Following those is Gullfoss Master, which has become my must-have for any master processing. It’s great at improving overall tonal balance, usually adds a bit of brightness and increases width just by removing more resonance build-up. Pro C-2 adds a bit of punch and sometimes width. The Mid-Side processing can really do wonders to width and often ends up increasing loudness without having it peak higher. Pro L-2 wraps it up – I don’t really use any other limiters. I’m very happy with this one.

In terms of workflow, I found I produce better with the limiter on, it makes simple elements sound full and interesting and stops me from overcrowding the arrangement. For mixing, I take everything off, try to do my best and save the pleasure of master bus processing for the last stage.

What plugin would NY2003 be incomplete without?

Soundtoys’ Little Alterboy. It might not be the most noticeable effect but all the filtered vocal pads and leads and ear candy have gone through this plugin. I like playing with the mix if all I’m changing is formants. It has a distinct, less predictable sound to it.

Tell us about your use of guitar on this track.

I played the guitar myself. It was actually a cheap guitar that didn’t sound great (the only guitar on hand at the time of writing) but that inspired the long effects chain and led me to try things I otherwise wouldn’t with a guitar. Waves – Maserati HMX, Valhalla UberMod, lots of dynamic filtering, Valhalla VintageVerb, Valhalla Delay. The Maserati HMX made a massive difference in this case, gave it space and shine. I own many different chorus plugins and can get picky. Each has its pros and cons. I remember trying MicroShift, Tal-Chorus-LX, Sample Delay, Doubler4 but the UberMod ended up doing it for me on this particular guitar sound.

Soundtoys’ Decapitator. Decapitator is on almost every channel, especially if it’s a software instrument. I stole this trick from Moderat who supposedly slap it on all software synths without dialling in any overdrive at all, just letting the sound run through something that gives it an analogue patina. I love that plugin; it makes everything sound better. All my vocals have a touch of tape distortion with the brightness at 2 o’clock, it makes the difference between cutting through the mix at all times.

Waves’ OneKnobPumper. I have since kicked that habit but used to put this on all the tracks I wanted heavily side-chained. I guess it was alright for a fast workflow but not a lot of control. Nowadays, I slap on LFO Tool with default settings before I properly go in to shape the envelope to taste.

u-He’s Diva. It’s funny because I actually use Diva a lot but maybe that’s why I feel I don’t understand it enough. It’s got a very rich, organic sound of a subtractive synth. When I started producing, I learnt Serum in and out and then sort of left it for Diva and obviously some things work similarly like the envelope filters, effects, and tuning. But when I see what kind of presets exist for this I have no idea how I’d go about creating many of them. I really do love this synth. It’s the one I reach for when I don’t have a hardware synth on me. Maybe I’ll just dedicate a couple of days to properly understand it.