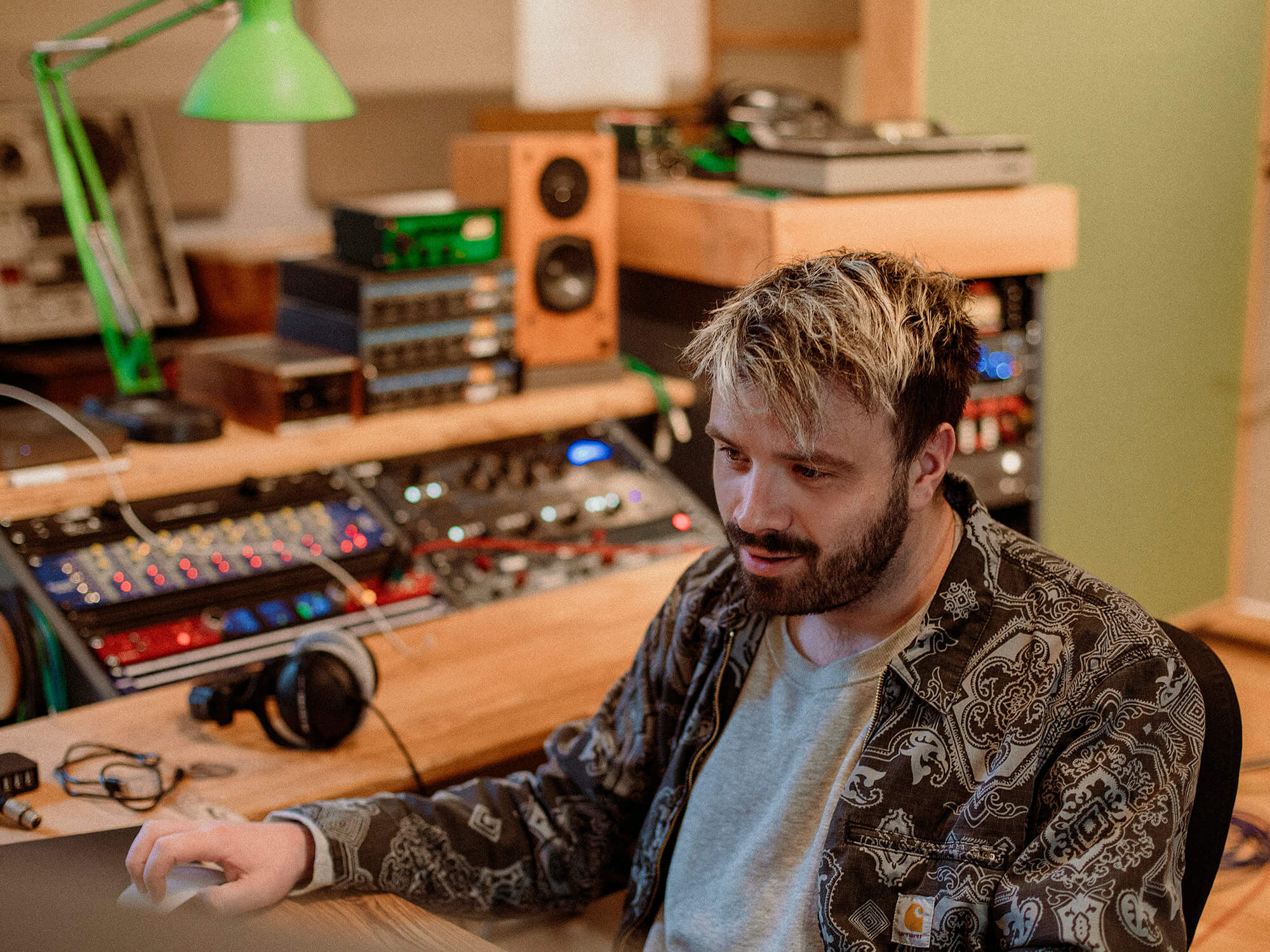 Plugins I Actually Use: Koven

Chance collaborations with a real orchestra, booming braaams and the much-loved Camelcrusher plugin helped create one of Koven’s latest releases.

We check in with band member Max to hear about how he layered brass sounds using Spitfire Audio software to create big braaams and how oeksound’s Soothe2 helps him keep mid-high frequencies under control. MusicTech also hears how a chance meeting with old friend Simon Dobson ended up with Koven working with the composer’s Parallax orchestra for the EP.

Higher Ground is already getting a ton of support from DJs and fans. So, this is part one. Where is part two?

Max: With Part Two, all I can say is it’s on the way. We decided to split things into two parts because we are sitting on a lot of material right now and we wanted to make sure they were all finished to the best of our ability, rather than rushing them and not getting the time they deserved.

We aren’t ready for another album just yet, so we decided – like with our EP Hereinafter – to split it into two.

Industrial Strain is a step into an almost nu-metal sound, with distorted guitars and rock vocals. Is this a style you have been wanting to venture into for some time?

It’s something we haven’t delved too much into but we had a lot of influence from tracks like The National Anthem by Radiohead and a bit of recent Bring Me The Horizon.

Where do you make your music and what’s the process for starting a track?

How we start/write a track is pretty much 50/50 between Katie and I. There are certain times where I create an instrumental to send to Katie, and others when Katie sends me rough piano chords for me to develop. But for this last EP, it was the first time we wrote every track in the same room from the start. Before then, it was mainly over the internet sending ideas, etc.

There was a Kontakt Library that a friend of mine and a very talented producer Joe Ford was involved in creating – a sound library called Evolution: Devastator Breakout. It’s fantastic. It’s filled with everything you’d want for epic trailer Doom style sounds. Impacts, braaams, pulses, distorted bass. 100 per cent recommend.

Camel Audio’s Camelcrusher. It’s just perfect for fattening up anything – bass to vocals. Also, I love the randomise option.

Apple Logic’s Ringshifter. I regularly use it. I don’t go overboard with it and use it subtly.

FabFilter Pro-L 2 and Ozone Multiband Compressor. I master on the go. I need to hear as I’m working out what the final finished track would sound like.

What plugin would Higher Ground (Part 1) be incomplete without?

I could give a list but I did tend to rinse Fabfilter Saturn a lot through these tracks.

Tell us about the distorted vocals on Industrial Strain. And the tune sounds so powerful with those braaams. How were they achieved?

Thank you. With the vocals, it was a number of Fabfilter Saturn plugins gently adding distortion bit by bit. I also added a tiny bit of the Universal Audio Raw plugin.

How did you create those crisp drum sounds on Take It Away? And what about those violin strings?

For the track, the drum samples for each hit were pretty crisp already. However, I layered it and sent the kick and snare to separate buses that have hard and snappy compressors to enhance and layer the transient on top of the original sample.

This is the first time we’ve been lucky enough to record live strings. Before, I used a variation of Spitfire Audio Kontakt Libraries for MIDI strings.

Funnily enough, when we were in Devon at a writing retreat creating the songs for our latest EP, I bumped into my old music theory teacher from college, Simon Dobson, who is insanely talented at anything music-related – composer, performer, conductor, the list goes on. I’ve always wanted to work with Simon on some music, so we just asked whether he would be up for taking what I had for strings in MIDI, and properly arranging it, and conduct and record it with proper strings, and he agreed.

So, we were over the moon to work with Simon and the Parallax Orchestra. Hopefully, we will be doing it again very soon.

I tend to mess around with the Waves GTR3 Stomp pedal effects. There’s one pedal called Pitcher Bass. I love to whack anything through and it layers the original sound with a wide stereo, differently pitched layer. It’s also fun to play with the Lay-D pedal from the sample pack.

I’m not sure whether its a guilty pleasure, but mainly Waves CLA Vocals. You can’t go into much detail, if any, with the parameters compression, reverb, and delay but I tend to just put Katie through the plugin.

I’ve got to be honest, I’m not the most technical person when it comes to music production. Sometimes I don’t really know what I’m doing and I’m not totally clued in with synthesis and know the ins and outs like a lot of other producers do. I think, for me, it’s just experimenting, turning and switching dials, resampling, and constant trial and error.