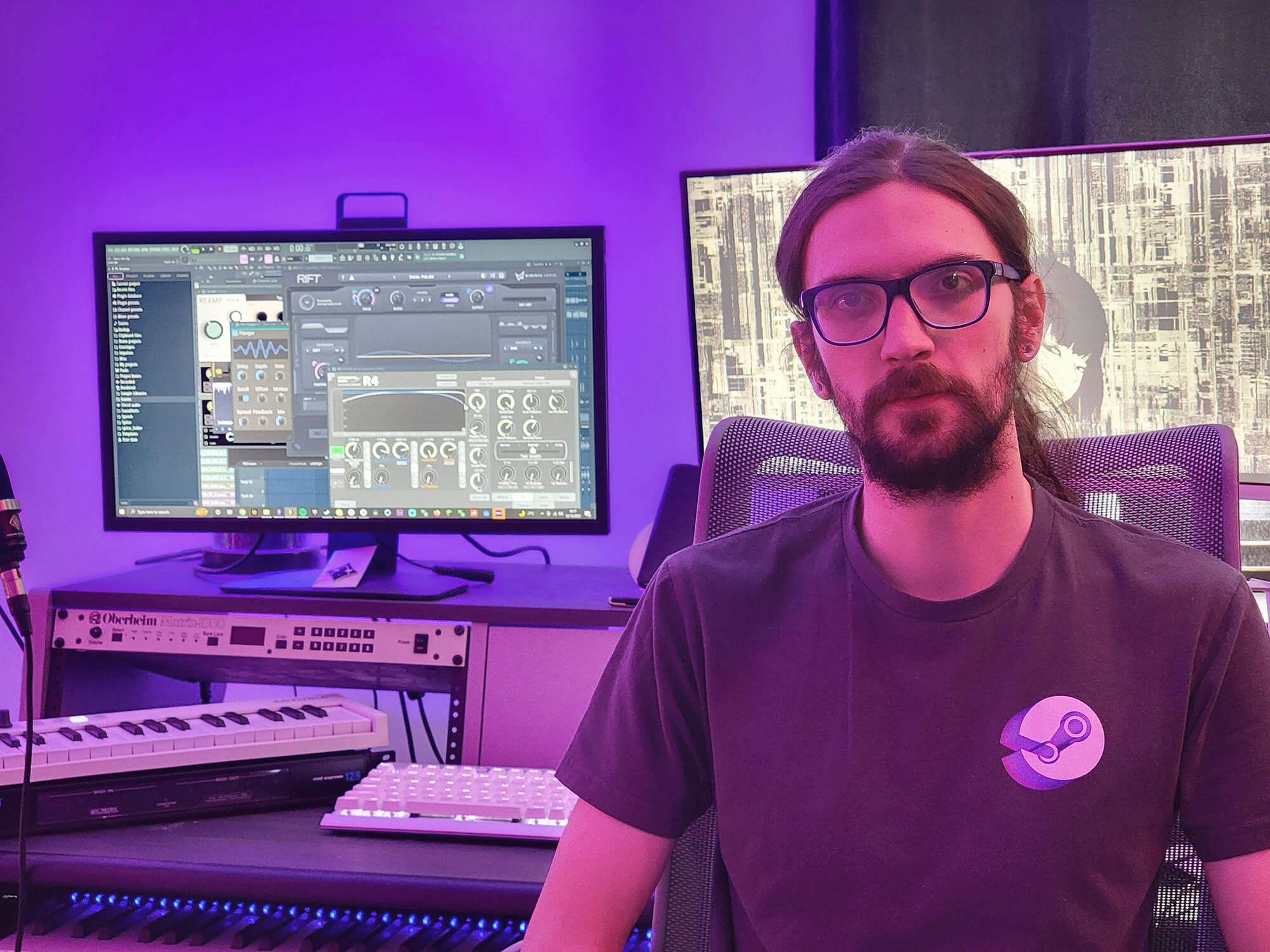 Plugins I Actually Use: Aether

Aether breaks down his new Monstercat single Sapphire, talks about being a blind producer and plugins.

Scotland-based producer Aether creates charming yet melancholic and dramatic electronic music. As a producer who’s registered blind with an eye condition called Retinitis Pigmentosa, he has relied heavily on his ears throughout his life, resulting in an attentive ear for detail in music production.

On Monstercat’s Silk sublabel, Aether brings a choppy, broken electronic sound with ethereal melodies with his single Sapphire. We speak to the producer about how he put the track together, before finding out about the vast array of plugins he owns, from high end to freebies.

Aether, hello. As a blind producer, how do you overcome the obstacles you face when making music?

Although I’m registered blind, I am lucky enough to currently maintain some vision, and because of this I’m able to navigate my DAW. FL Studio recently made this a lot more accessible too with its addition to themes, which allows for users to curate their own colour palettes. I’ve been exploring this in efforts to find the most suitable colourway to make things easier, the hardest part is seeing grid lines. Overall though, having a lot of contrasting colours on a darker backdrop helps a lot.

Has your blindness accentuated your ability to make music?

It’s hard to say for certain. However, I like to think that growing up with this condition (Retinitis Pigmentosa) has led me to rely heavily on my ears, and in turn, I feel they are more aware of what they are hearing. I can focus more on sounds that are slathered in noise, i.e one particular voice in a noisy conversation. I like to think this can translate into mixing techniques as I apply the same method when mixing.

I recently picked up a few during the Black Friday sales. The biggest of which is Arturia’s V Collection 9, which is an absurdly stacked and impressive collection of many notable synth emulations and remakes. Every preset that I have heard is extremely usable and that’s saying something, because there has to be at least 1,000 presets across all synths here. As a big Oberheim fan, it was also amazing to get a stereo OB synth that just sounds phenomenal. It’s definitely worth the full price, but I’m stoked I got a great deal on it.

Kilohearts have a fantastic collection of free plugins that I use regularly. Recently, I find myself coming back to their Transient Shaper as it’s a quick and effective way to bring up piano tails for a bigger sound when you need it. The tape stop plugin is also a fun little tool that you can use for some creative transitions. I even used this one in my track Sapphire.

Some of the cheapest plugins I’ve bought have been from Glitchmachines. They have an assortment of low cost tools that are not only in my go-to list for sound design work, but also are incredibly fun to tinker with. Convex, Cryogen, and FractureXT are great for transforming a source in interesting and unique ways, whereas Quadrant is a sound destroyer (in a good way).

It’s likely my Spitfire Audio collection, which is an assortment of Kontakt libraries and standalone plugins focused on creating best-in-class sampled instruments. I’ve spent into four figures on their tools but I don’t even hesitate because I haven’t found anything that comes close to the standard of sounds that they offer. Strings, woodwinds, Pianos, percussion, choirs – you name it, and they’ve likely got it.

Two plugins I use in almost every project file are:

If there is ever anything on my master it’s Oxford Inflator. I have no idea how the magic of this plugin works but I use it very softly just to give a slight brightness to my mixes at the end. Other than that, I try and keep the master empty.

What plugin would your track Sapphire be incomplete without?

Arturia Pigments 3, which is my go-to synth for this project as it’s got an amazing user interface. Because of its four sound engine types and dual engine capabilities, it’s very easy to get some nice melodic or textural sounds. Its sampler engine even has built-in Granular processing which is always a win in my books.

I think regardless of the style of music, I always find myself using a lot of reverb. Neoverb from iZotope and R4 from Exponential Audio (also iZotope) are my two go-to plugins for this and you’ll find at least one on each of my projects.

Neoverb has an array of space emulations that you can cycle through (and automate) using its X/Y grid which is fantastic for more creative uses. Also, its presets are nice emulations of an assortment of spaces.

R4 is a monster that does a few things I haven’t seen in other reverbs. One of which is its tail suppression/recovery features which briefly ducks the tail before bringing it into its full force. This is something I never knew I needed until I had it.

Xfer Records’ OTT I feel is a common one but it doesn’t appear too often in my music. It’s more so used for creative sound design, especially when paired with the Glitchmachines tools I mentioned earlier. Stack up a bunch of OTT then run it into Glitchmachines, or vice versa and listen to the weirdness that can be generated.

I’d say Minimal Audio’s Rift. Although it’s less about not understanding and more about the presets being so good to start from. I’ve had a few ideas come straight from just throwing on a preset from Rift and tweaking it a bunch, I’m sure this is how I came to start the second half of Sapphire.