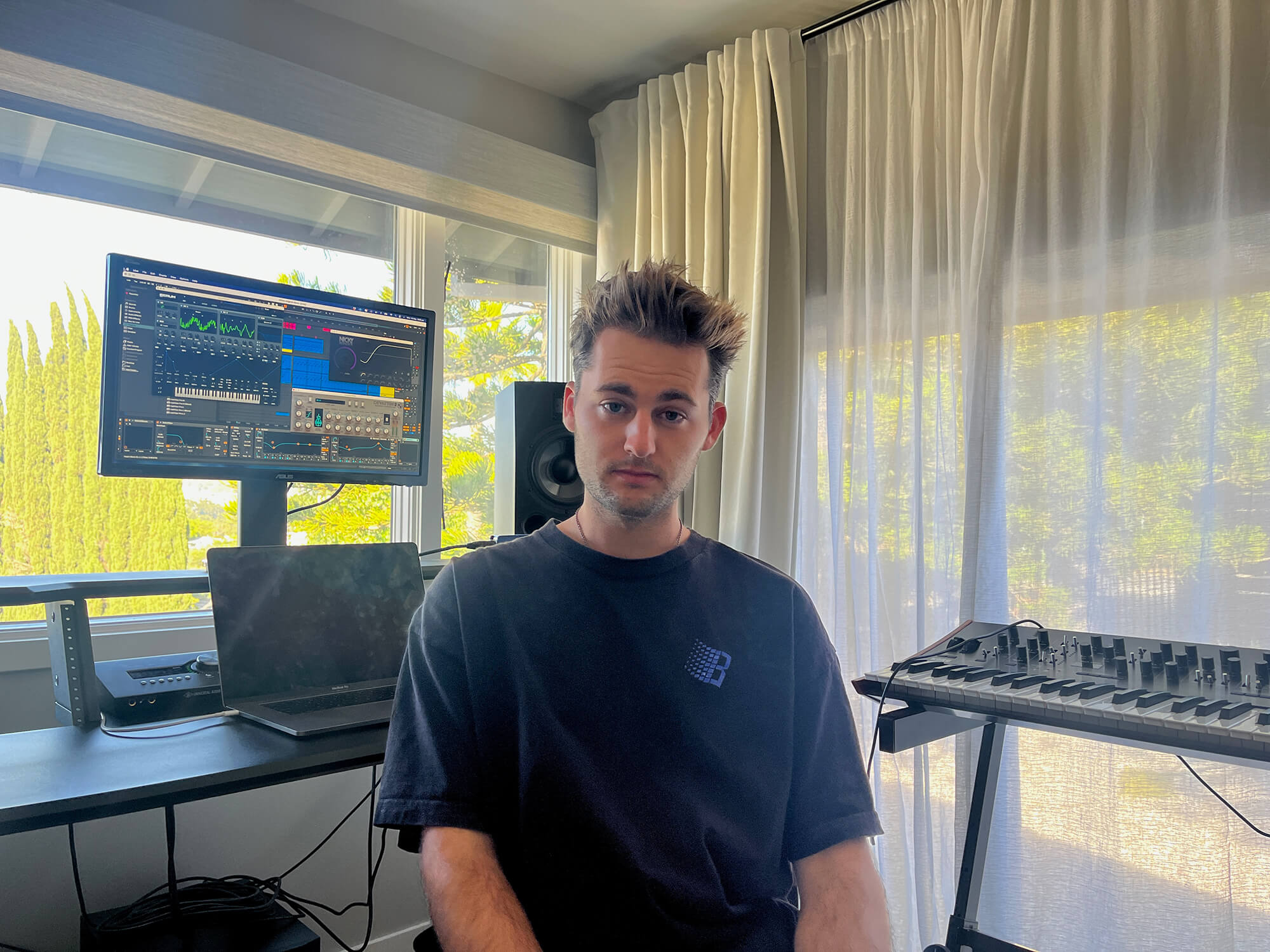 Plug-ins I Actually Use: Throttle

Throttle is one of Australia’s brightest stars in EDM, with a signature sound that has had dance floors shaking around the world. In 2019, the producer released his pivotal seven-track EP Where U Are – a body of work featuring massive leads, memorable melodies and clever songwriting. However, this wasn’t the end, it seems, as Throttle has just released the Deluxe version, featuring all-new re-edits of the original tracks.

MusicTech heads into Throttle’s studio to talk all things plug-ins, how he’s developed since the EP’s initial 2019 release and how he creates giant, awe-inspiring tracks.

It’s a real nerdy one. Strap in.

Throttle! Congratulations on the release of the Deluxe version of 2019’s Where U Are release. Why did you feel that now was the right time to go back and throw a different perspective on these tracks?

Thank you! I put together the deluxe of Where U Are during peak COVID-19. I was missing the road, missing playing out my music and connecting with fans, missing the real world. I reconnected with the original Where U Are and found a lot of comfort in it. I decided to remix the entire EP myself (both because I wanted to and my imposter syndrome told me that no one else would want to) from this new perspective and so the Deluxe version was born.

What’s changed on the Deluxe EP?

Honestly, I just got out of my own way. I tried not to think about where I wanted to take the remixes and just let the songs write themselves. I finished them all in five days. Aside from the Where U Are VIP, which took two versions to nail, they were finished in, start to finish, about an hour each.

Have you developed as a producer since 2019?

I’ve really fallen in love with singing/songwriting the last few years and that’s going to be a big focus for me moving forward.

I’ve also developed a lot more confidence in myself and my sound the last few years. I always felt like I was trying to emulate someone else’s sound or fit into a particular artistic mould when I was starting out. Now, I finally feel confident paving my own my way and just doing me.

Native Instruments’ Transient Master. [Dutch producer] Mesto recommended it to me when I was staying with him in Amsterdam. I’ve always used Transient Shaper or Sonnox’s Oxford TransMod to add that last layer of punch to my drums, but there’s something about Transient Master that I’m loving. The attack is great for overall punch. I love playing with the release too; usually reducing it, when I’m working with more live sounding drums. It can be great when you have 1/8th note closed hats playing. Playing with the release time can really set the tone for the track and transient master does this well.

I use Ableton Live stock plug-ins on everything. Outside of Ableton, OTT is the GOAT [Greatest Of All Time] – I don’t know why I even have this when Ableton has OTT built in, but I feel cool using it. I used it on a few of the Where U Are basses.

I love everything about Ableton Live’s stock plug-ins. If I had to pick one I would say Redux. I used that on the main lead in Japan.

Honestly, Nicky Romero Kickstart. I use that to sidechain everything (except for irregular drum patterns) and it’s great. 10/10, would recommend.

reFX Nexus, but I never use it. Nexus is absolutely incredible – for the record – I just always forget about it. I should really use it more.

I am lucky enough to work with Tom Norris for mixing and mastering. He is incredible. But when I’m mastering WIPs or show edits I’ll always use A.O.M Audio’s Invisible Limiter on the master. It’s super transparent.

Sometimes I’ll redline into an iZotope Ozone preset if I’m feeling lazy. I kind of mix as I go these days and just aim for gain on the master.

Are there any plug-ins that the Where U Are (Deluxe version) EP wouldn’t be complete without?

LennarDigital Sylenth 1. It’s a classic that I feel gets a lot of hate but I love it. I make most of my supersaws and break Reese basses in it. It’s my go-to when I have a specific, simple sound in my head that I want to make from scratch.

We love the distorted vocals throughout the release. How did you achieve these on tracks such as Where U Are and Dreamer?

[Laughs] Where U Are is actually me singing but thank you!

I wish I had a formula for vocal processing but I really don’t. I just play around until it feels good. Waves’ JJP Vocals and CLA Vocals are fun but be careful not to crush too much. I use Ableton’s compressor a lot, it’s great. Waves DeEsser gets a pounding when I’m recording my own vocals. I sing like a snake, my esses need about 15 db’s of reduction.

On Dreamer, it’s my friend Grace’s voice pitched down by two semitones and then run through D16 Group’s Devastor for distortion. There is some basic reverb and compression too but that’s most of the sound. Grace has a beautiful voice and we channelled some Lana Del Ray energy when we recorded that.

As a side note, I love how nerdy this interview is.

Glad you’re enjoying nerding out! Do you have any secret sauce plug-ins?

Plogue’s SForzando is a nice not-so-well-known plug-in. You edit all the envelope settings in text edit! It’s so cute. I love it. Shoutout to Dirge for the recommendation –He produced the track Where U Are with me.

Also, I use ValhallaDSP’s ValhallaRoom reverb on nearly everything. It bangs.

Waves JJP Vocals. It’s like the Xfer OTT of vocal plug-ins. It makes vocals bang but it also crushes the out of them. Proceed with caution. 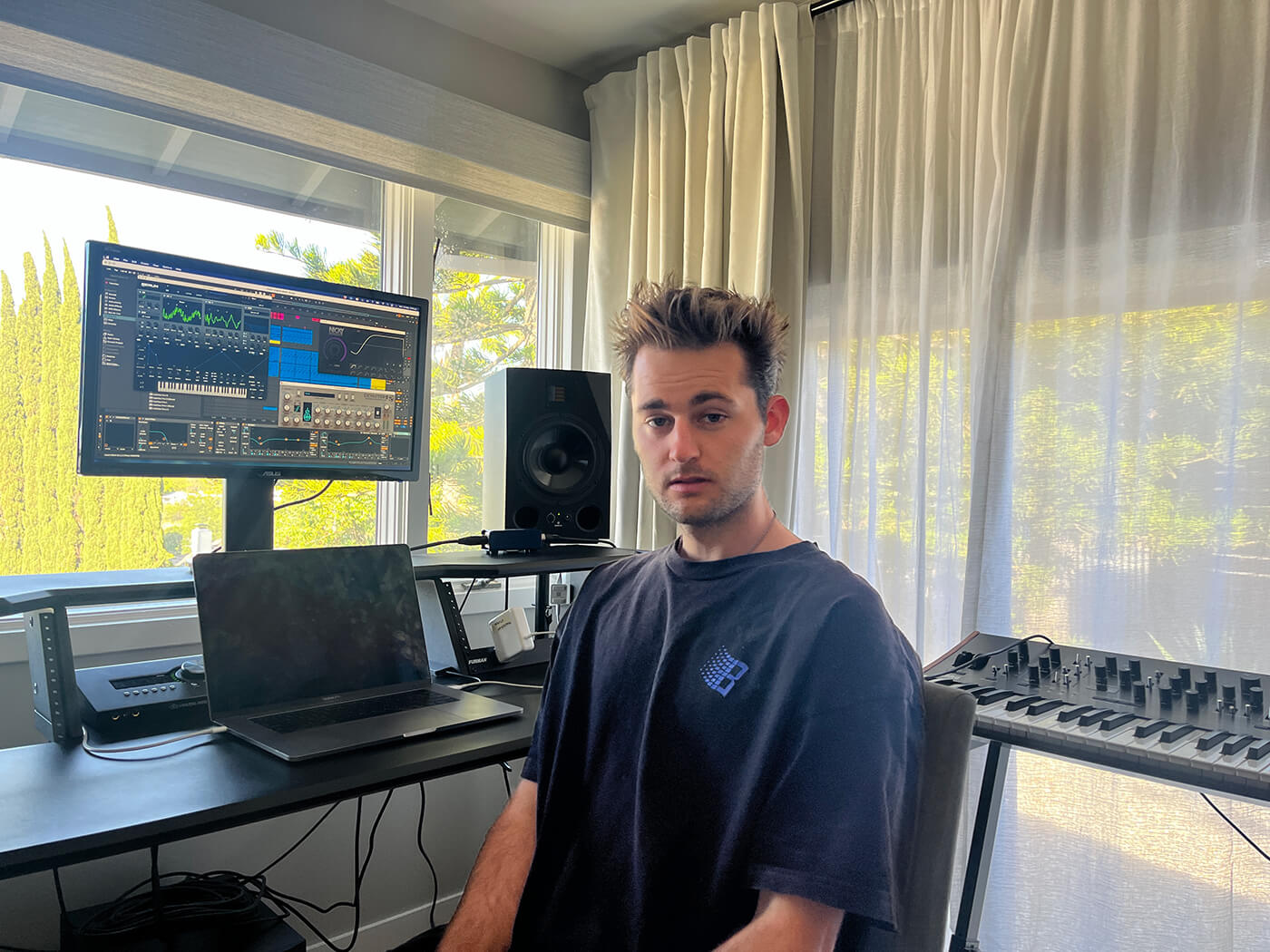 Stream Throttle’s Where U Are (Deluxe) EP here.