The Grammy-nominated producer opens his plug-in folder and shows us the secret weapons used in his new EP, Change. 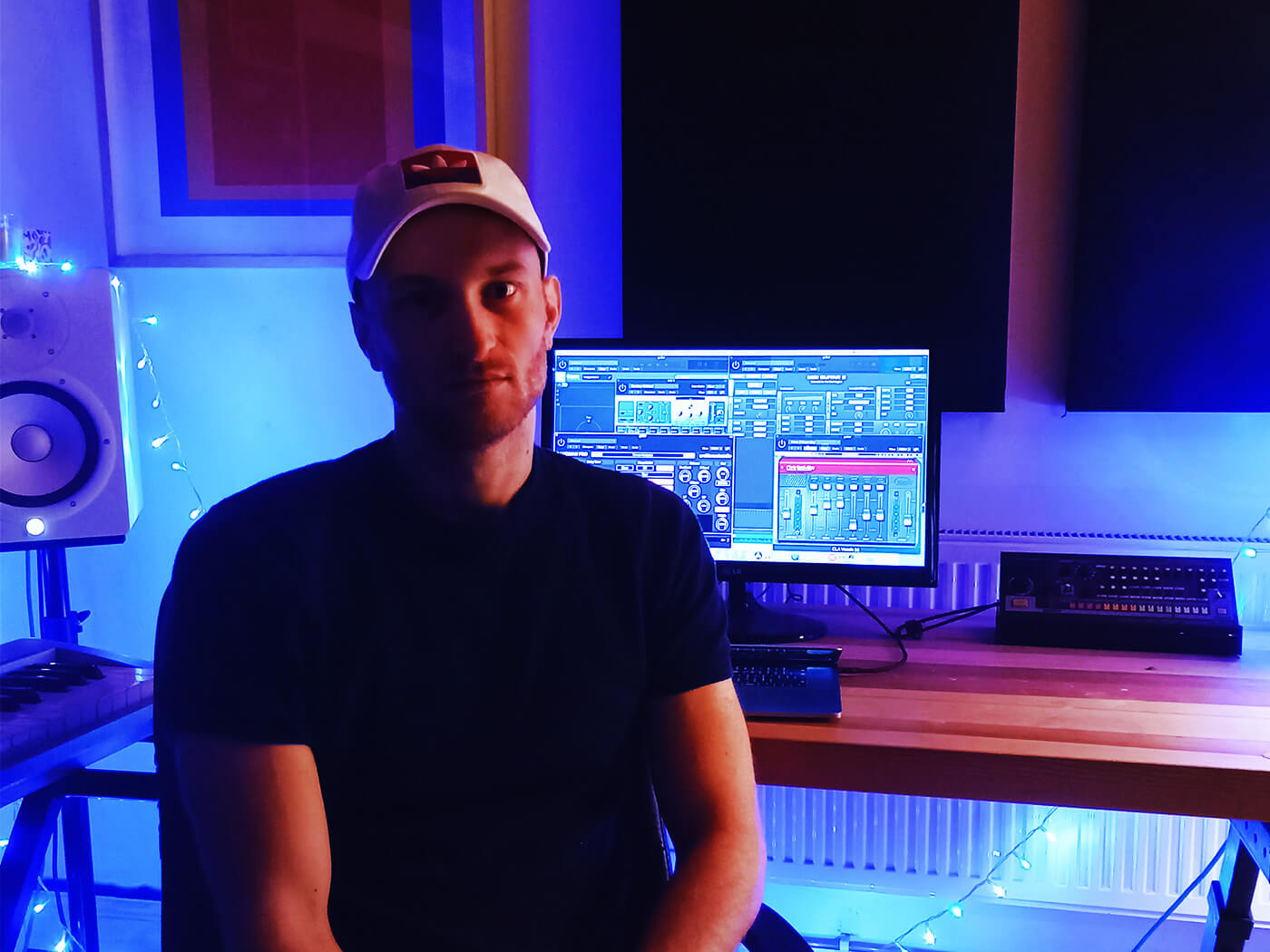 UK-based producer, songwriter and DJ Maths Time Joy burst onto the scene in 2012 with his debut EP, Hideaway, and was soon remixing for Submotion Orchestra, Ellie Goulding and Bipolar Sunshine. He’s since been nominated for a Grammy for his work with Gallant, produced tracks for Mary. J Blige, Snakehips, Mahalia, Sinead Harnett, Kevin Garrett, and remixed for Bon Iver, Karma Kid, Mansionair and more.

Real name Tim Worthington, Maths Time Joy’s latest project is a collaboration with NYC-based artist Rich. The upcoming EP, Change, combines MTJ’s cutting-edge productions and Rich’s soft, flawless vocals and has been created remotely throughout the pandemic. In this outing of Plug-ins I Actually Use, Tim shares his top tips for remixing, explains why Logic Pro’s EXS24 features on almost all of his tracks, and reveals which plug-in is a staple on his vocal productions. 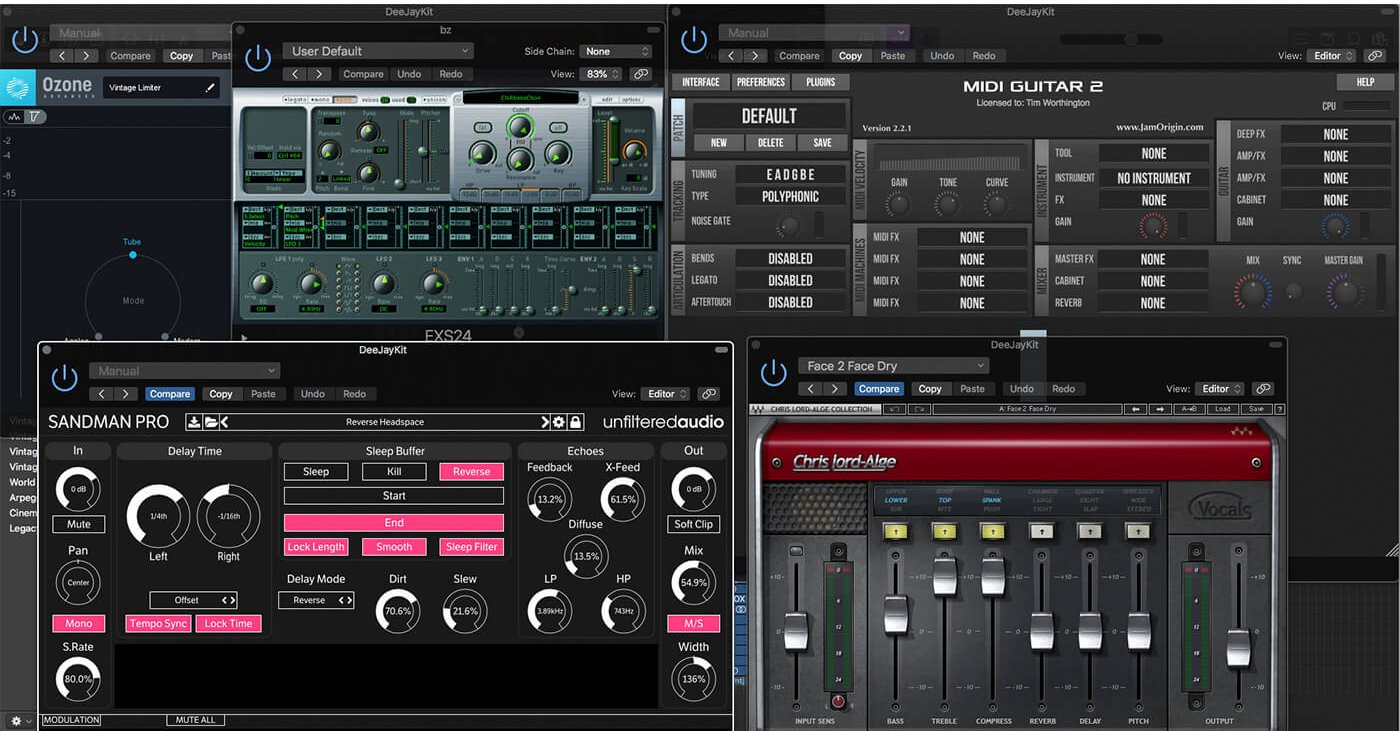 I started out producing using a copy of FruityLoops [now FL Studio] that my cousin gave me for free. I remember listening to Dr Dre and DJ Premier a lot and wanting to learn how to make hip-hop. Around the same time, I had started writing my own songs and singing, but FL Studio wasn’t great for recording audio back then, so I mostly used it to learn how to programme drums and samples.

You’ve collaborated with seriously respected artists. How does your process change with each artist?

A big part of producing for artists is understanding how they work and creating the best environment for that to happen. Some people like to write alone and in their head, and other artists want feedback or someone to affirm that their ideas are good. Also, I’ve started working with instrumentalists alongside an artist in the room. I find it can be useful to have another person constructing chord ideas and helping with the songwriting process so that I can focus on the production. 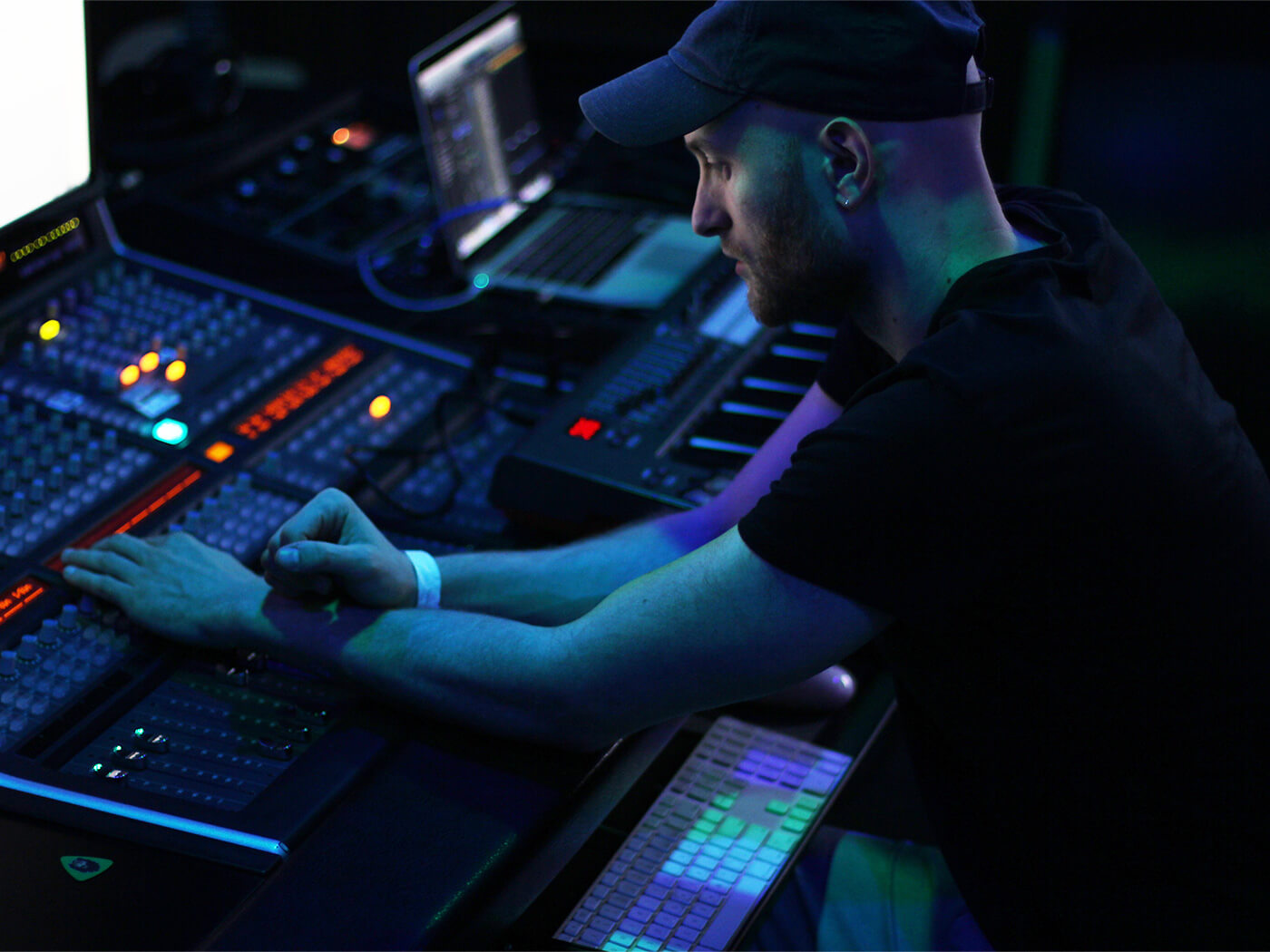 Everyone creates differently. Some artists don’t like to write unless they have a full instrumental to work to, whereas others can just write a whole song to a chord loop. It’s mostly about facilitating what works best for each individual and not being too tied to ideas.

Soniccouture’s Ondes, an emulation of the Ondes Martenot. I’ve recently been trying to create soundscapes and songs without including drums to fill space in a mix. I was listening to a lot of Radiohead’s A Moon Shaped Pool and saw an interview with Jonny Greenwood where he mentioned this old instrument that they had been using to create these strange sounds and textures in the background. It’s somewhere between a violin and a piano; it plays it like a piano, but it sounds closer to a string instrument. 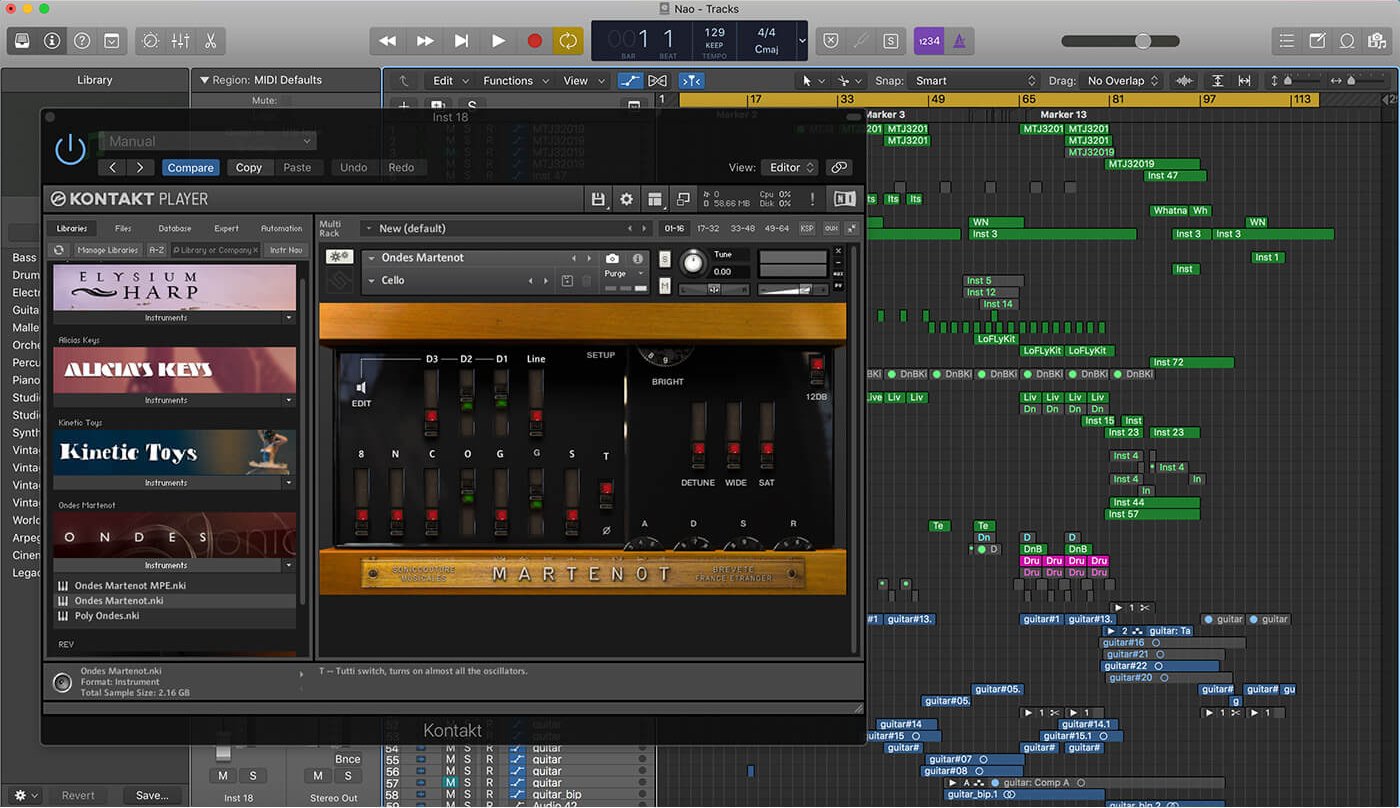 Soniccouture’s emulation is fairly accurate, but it’s been working out how to recreate the playing style on a MIDI keyboard. It was around £100, so it wasn’t too expensive, and it’s definitely stable, but I would always rather have the real instrument if I had access to one.

I recently got Spitfire Audio’s BBC Symphony Orchestra. It was free but it sounds like a professional orchestral plug-in. I’ve been using it a lot lately for layering, as it has a range of different instruments that work nicely together.

CLA Vocals from Waves. It’s my go-to plug-in for quickly getting vocals to sound clean, and I think it was only around £30. The compression is useful and I can add effects such as reverb from within the plug-in. When I started adding that to my vocal chains, it totally elevated the sound. I definitely recommend it, especially if I want to get a first-day demo sounding solid. The presets are pretty great starting points, too. I normally send the vocal to a reverb bus separately anyway, but I haven’t found many better options for an all in one vocal plug-in. 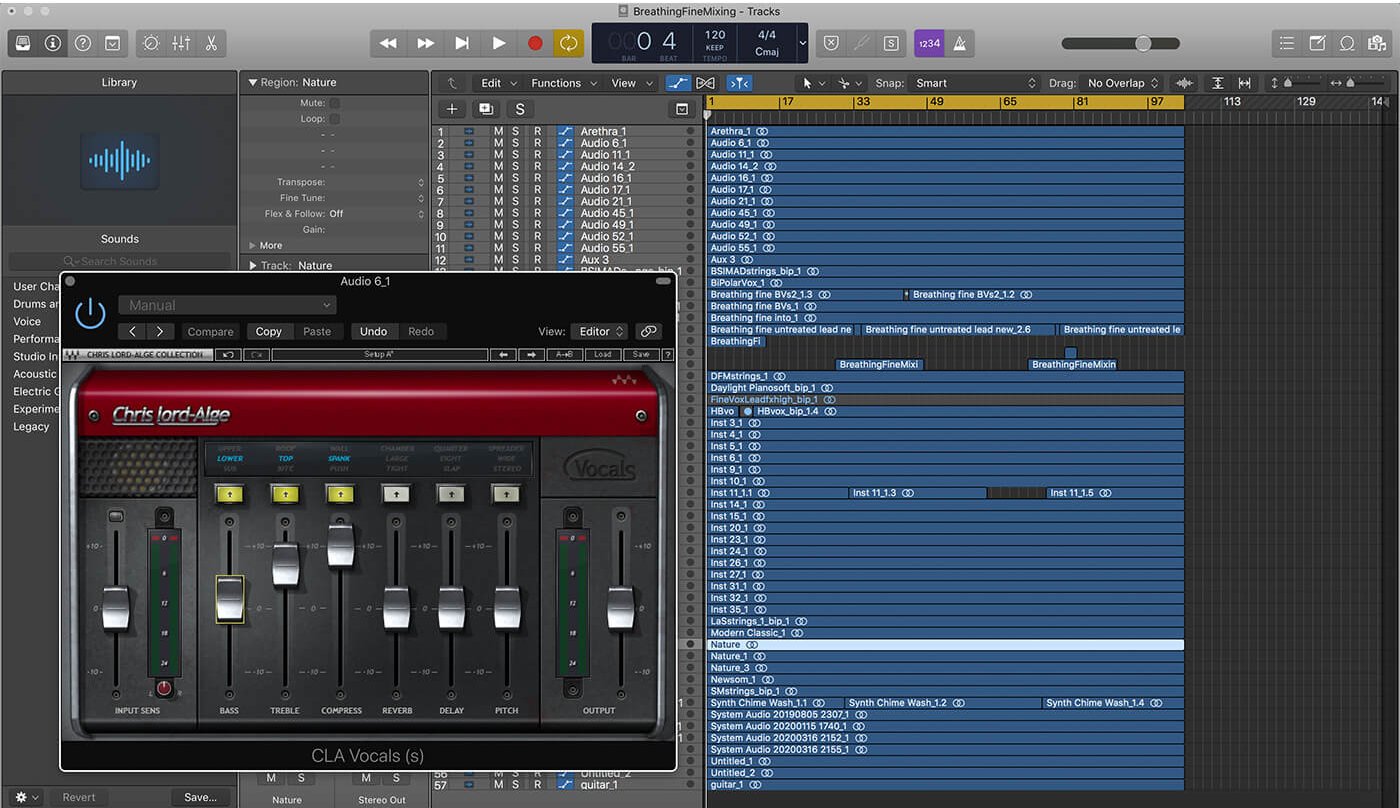 I like using a lot of Logic Pro’s stock plug-ins. The chorus and the guitar pedals are pretty cool, and I also use the Ensemble plug-in on synths to give them more width and character. You can get away with using stock plug-ins as long as the source sound is good. It’s not necessary to spend thousands of pounds on plug-ins.

In your new track, Move, which plug-in would it not be complete without?

I use the Logic EXS24 sampler in almost all of my productions. I love to use the basic sine wave as a synth, and I load all of my drums and samples into the sampler. In terms of the mix, we used a lot of FabFilter EQs – those are probably my favourite EQs – and also Waves Rvox on a lot of the background vocals.

You’ve said you often enjoy building songs towards a climax. Are there any techniques and plug-ins that are essential to this process?

I recently discovered Sandman Pro by Unfiltered Audio. It’s a mix between a reverb and a delay plug-in, but you can run a sample through it, scroll through the presets, and hear it transform sounds, as it also manipulates the pitch. Definitely, towards the end of the song, I always try using this plug-in on some of the song elements, normally guitar or vocal, to see what effects come out. It always adds space and depth, and there are a bunch of happy accidents it creates that serve as dramatic textures as the track builds to a climax.

How do you generally approach a remix? Do you have any tips for fellow producers?

I almost always start a remix by just dropping the acapella into a project and completely reworking the instrumental. Sometimes, I’ll find a couple of other interesting sounds within the stems of the original project, but I find it most inspiring to start again from scratch and then find new chords. Once I’ve found the chords and the tempo I like, I can quickly build the ideas around that.

My advice is don’t take on a remix unless you can already hear ideas from the vocal line. There have been a few times when I’ve turned down a remix, not because I don’t like the song, but because I don’t think I can hear a new direction that I would take it in that would fit my style.

Apart from the CLA Vocals and the EXS24, I’ve recently been using MIDI Guitar 2 by Jam Origin. It basically turns your guitar into a MIDI instrument, so I can then run it through any synth or plug-in instrument. As a guitarist, it’s been helpful to work out chords and new sounds using MIDI Guitar 2, and I’ve found it inspiring as a starting point for new ideas. 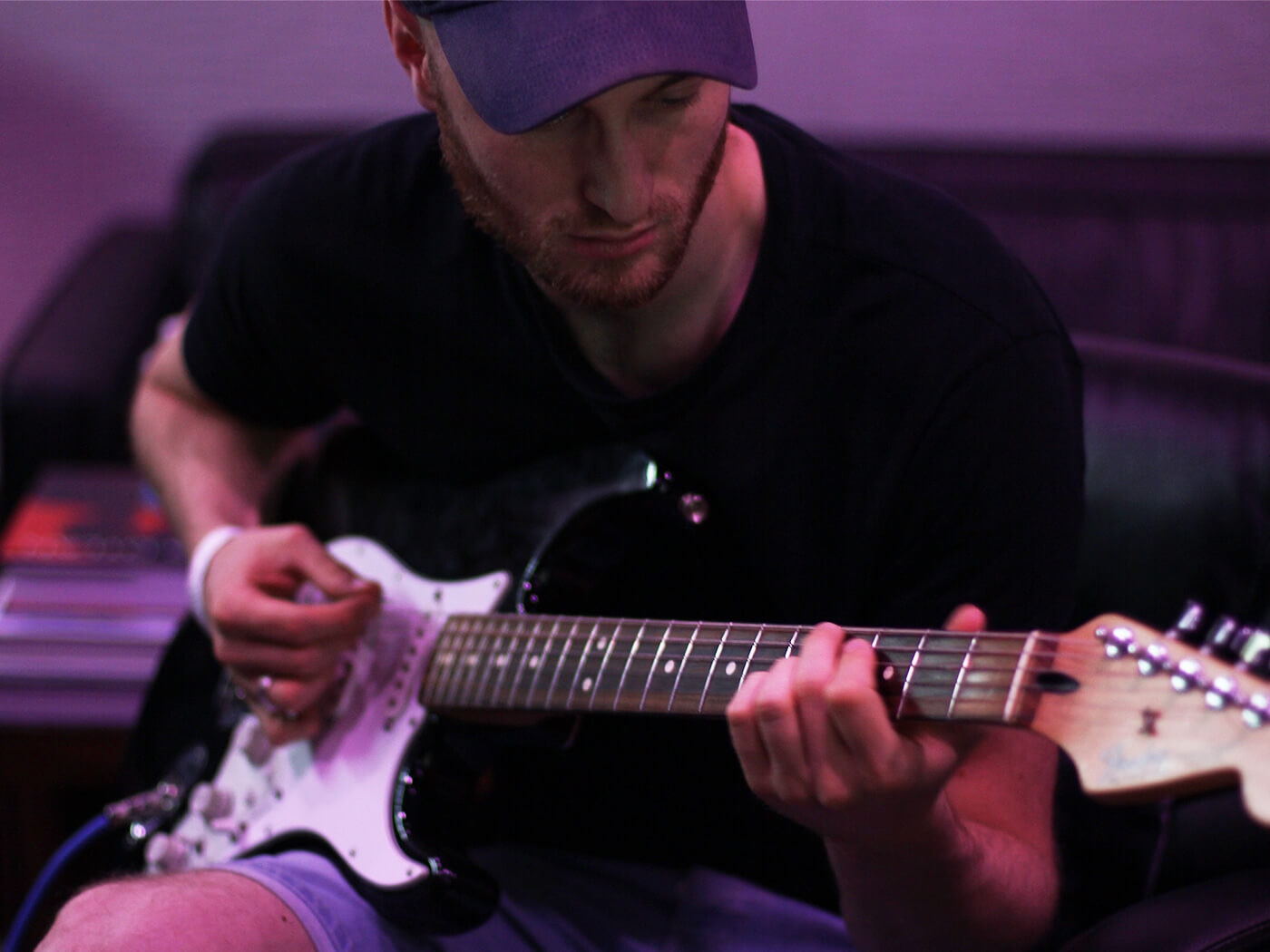 From my experience, most producers, if they’re honest, don’t fully understand the inner workings of a compressor or a chorus or most of the major effects. As long as you understand what the plug-in is doing on a basic level, you can use it effectively. The plug-in I mentioned before, Sandman Pro, is a plug-in that does a bunch of things that I don’t fully understand but I can still use to create interesting sounds.

Maths Time Joy’s Change EP is out on 29 October.