Preparing for Panorama Bar: How Hybrasil crafted a live techno set for the Berlin venue

Producer Hybrasil cut his teeth crate-digging in Dublin, taking his three-deck mixing talents to radio where he DJ’d for years. Now he’s based in Berlin and making an impact on the city’s techno landscape. And his latest record Embers was written and mixed specifically with one iconic Berlin club in mind. We find out how […] 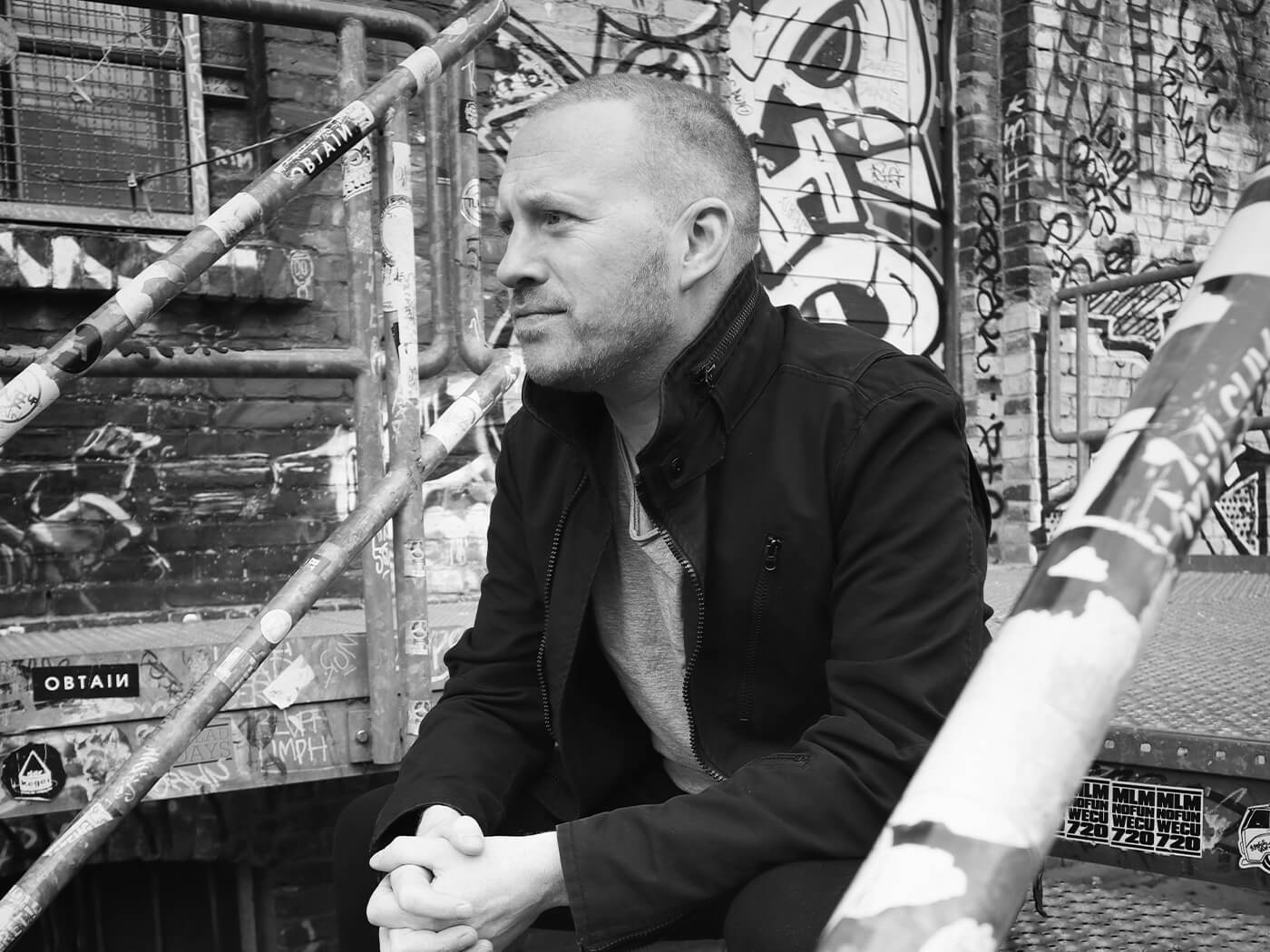 Producer Hybrasil cut his teeth crate-digging in Dublin, taking his three-deck mixing talents to radio where he DJ’d for years. Now he’s based in Berlin and making an impact on the city’s techno landscape. And his latest record Embers was written and mixed specifically with one iconic Berlin club in mind. We find out how the hard-working producer prepared for his first Panorama Bar show.

Tell us about the road to your first Panorama Bar performance.

I launched the Hybrasil Live project in 2016 on the Dublin leg of the Sven Väth World Tour. From day one, my focus has been purely on live performance. I’ve been fortunate to play at many great clubs and festivals but the number-one on my list has always been Panorama Bar at Berghain. Since I first visited there in 2009, it has been hugely influential for me.

On 7 February, I made my Panorama Bar debut at the Finest Rekids party with Radio Slave, Mark Broom, and Alinka. My preparation for the show began that week but the influence on my music and performance stems back to when I moved to Berlin in 2018.

I have been heavily influenced by my time living here, by the people I have met and the records I’ve bought at Hard Wax. I have spent a lot of time at Panorama Bar and Berghain, listening to how records sound on the system there. All of these influences came together to inspire my debut album Embers, on Rekids, which was released last November. My tracks were all written and mixed with that sound system in mind.

What gear do you have in your live rig?

Like many live artists, I’ve tried out a number of different setups. I started out with Ableton Live, a Maschine Jam controller and a selection of drum machines, such as the Roland TR-909, Korg Electribe ESX-1 and a Roland TR-505. To accompany this, you also have to take into account several cables, power supplies and a laptop. All in all, it can make for a pretty heavy carry-on bag. Over time and after travelling through several airports, I decided to take a different approach. Now my live show is driven entirely by the Elektron Octatrack Sampler (MKI).

I chose the Octatrack because it is an all-in-one system. It is an incredibly powerful machine. I wanted to replace everything in my live set and perform just on the Octatrack itself. I have always been drawn to this sampler since it was released in 2011. I found something interesting about rocking up to a venue with this black box and unleashing hell. It was, without doubt, the hardest instrument I’ve ever learned, my first few performances on it were tough, but I haven’t looked back.

I keep a drum machine on hand, such as the Roland TR-8 or the TR-909, to add some flavour to my drums or to stand in if I have an audio drop-out on the Octatrack Sampler. I am sometimes tempted to ask for a CDJ as a backup to this setup but I actually prefer to put all of my attention on the Octatrack. That for me is all part of the performance, knowing that it’s just you and that machine. You have to give it your full attention or else it will punish you. I do plan on getting a second Octatrack at some point and using that just for loops and MIDI triggering other drum machines and maybe a modular synth. But for now, it’s just the one machine!.

My headphones of choice at the moment are the Pioneer HDJ-X10. I have used Pioneer headphones pretty much since I started DJing. I really like this model. They are solid, reliable and they sound good. For studio work, mixing and mastering I use Ultrasone Pro 900s.

When I perform, I run the Octatrack through two channels on an Allen & Heath Xone:96 DJ mixer and sometimes use a Moog pedal delay on the send and returns. For me, the Xone is as important as the Octatrack – the design of this mixer is a big part of my performance. The four-band EQ on each channel is crucial for me. I like to blend tracks smoothly and gradually using the high and two low-mid EQs. For low-end, I prefer a cut-and-smash approach, as I feel low-end can be tricky to blend and can lead you into trouble. I use the Horizn Studios M5 carry-on case for transporting my equipment from show to show.

How did you begin preparing for your live set?

Writing and performance are two separate processes for me. I do my studio work in Ableton and mix my tracks in Logic Pro. When I moved to Berlin from Dublin I had to downsize my studio but I still have some of my old favourites such as the Roland SH-09, the Arp Odyssey Module and the Elektor Formant modular synth.

When I am finished with a track, I render audio out and load it into my Octatrack to use in my live show. The music I prepared for Panorama Bar was from my album, some new material I had written for that show and my next Rekids release. I began preparing the live set itself the Monday before the show but I had been writing music for that space for nearly a year if you take my album into account. For this performance specifically, I had been writing music since December.

Working with a hardware sampler you have to make some decisions and commit to how you are going to perform. You can, of course, give yourself some leeway. The more audio you have to work with, the more flexible you can be but ultimately there are limits. I am working off a 15GB flash disk on the Octatrack, so that is the first limitation; if you are loading stems into the machine that can fill up quickly. You can, of course, get a bigger flash disk, but I like the limitation in some ways. Also, it forces you to get the very best out of what is on the machine with minimal clutter. If audio isn’t being used I delete it.

For me, it’s important to visualise the performance. That involves imagining yourself in the space and hearing how the tracks will progress into each other and how they will sound on the sound system. This is a combination of experience and imagination. In the case of this show, it’s interesting as I had been writing music for the space for nearly a year. In total, I prepared about 18 tracks for the set. One half of the sampler was routed to channel one on the Xone mixer, the other half of the sampler was routed to channel two, that way I could audition audio and use the Xone mixer to blend seamlessly from track to track, much like a DJ mix.

Preparation is a crucial part of the process when playing live. Are the stakes higher when performing somewhere like Panorama Bar? Possibly so, but I felt really well prepared and I felt good going in there. I enjoyed the experience from start to finish. 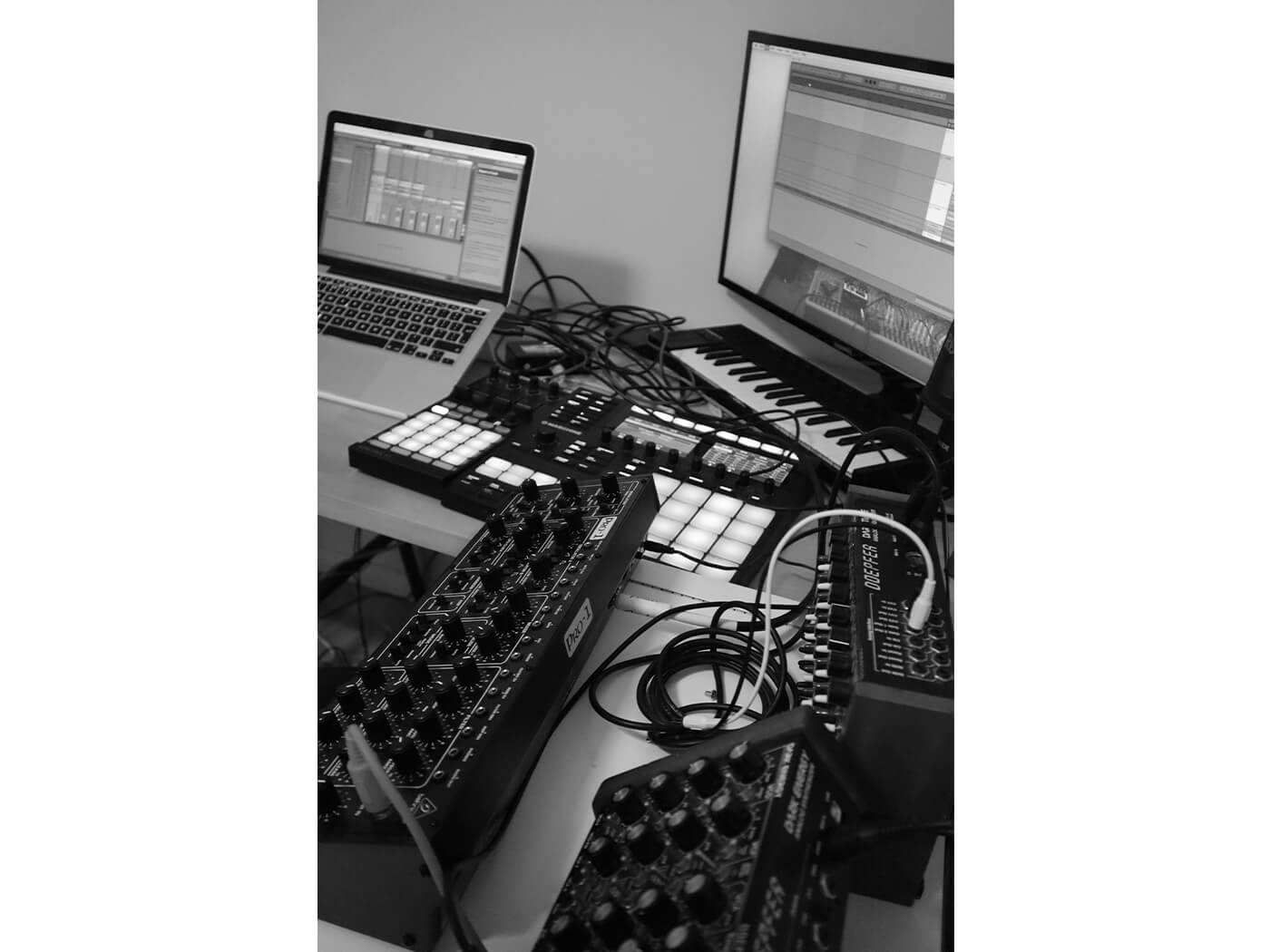 How did you test your set?

I tested my set on the machine itself using my Ultrasone Pro 900 headphones. I know those headphones inside out, so I can get a good idea for how things will sound on a large system. I had set out to open my set with a track titled We Don’t Flip, it starts with just the bassline for about 40 seconds, so that was the intro piece to my set, that is followed by the kick drum, then the hi-hats, then a short breakdown where I cut back to just the bass and then progress into the first chorus with distorted vocals and some ride cymbals. I had composed this track for the Panorama Bar show and it is the lead track on my next Rekids EP.

Once I had that set up, I began to make my way through my album, starting with Ceres followed by tracks like Orpheus, Hathor and Come Back. I wrote another track for the show titled Divano, which I played and I closed my set with a remix I did of Radio Slave’s track Don’t Stop No Sleep.

What did you do to make sure your music sounded right in Panorama Bar?

I spent a lot of time there, other than Hard Wax it’s the only place I go to listen to music. I got to know the space and how records sounded on the sound system. This enabled me to visualise my music in that room, which influenced how I produced and mixed my tracks from kick drum to bassline to hi-hats and synths. It had to sound right not only for the system but for the people who go there every week. I put a lot of thought into getting that right.

How did you prepare on the day?

When I am preparing for a show, I find it’s good to do some form of exercise. I always make sure to eat really well and rest where possible. I always do a quick run-through of my set on the Octatrack, double-checking all the audio and making sure the machine is ready to go straight into action. I pack my bag about an hour before I go to soundcheck. That helps me check all necessary cables and get mentally focused on the task at hand.

On the day of the show, I kept my schedule open and my mind focused on the performance that night. I went to the club for soundcheck at 5pm. The staff there are super professional and helpful. The sound technician had my mixer set up and ready to go. It was all very straightforward. It took me about 30-40 minutes to set everything up and test levels.

I always soundcheck where possible (sometimes it’s not always an option at festivals, etc). Allowing yourself that time to be in the space with your equipment and listen to how your audio sounds on the system before you play can be really beneficial. I feel it can settle any nerves or any lingering questions you have about audio you’ve prepared for the set. Luckily, I’ve never had a nightmare scenario with soundchecks, I always give myself time to work through it.

Usually, I will try to take it as easy as possible before a performance. I met some friends who had travelled for the show and then I made my way to the club to catch Alinka’s set before I started.

How was the show itself?

The show itself was incredible. I was well prepared for it, I had a clear vision for the performance and felt good going in there. Sometimes the hardest part of it is the lead-up and waiting for it to begin. Once I began, time flew and before I knew it the hour had passed. The music I had written for the Panorama Bar translated as I had hoped. The crowd was really amazing and all the staff were very helpful from start to finish.

We stayed at the club until it closed at 10am to listen to Radio Slave and Mark Broom. Overall, it was an incredible experience. My preparation for the show was on point, my set flowed nicely and the music from start to finish was next level.