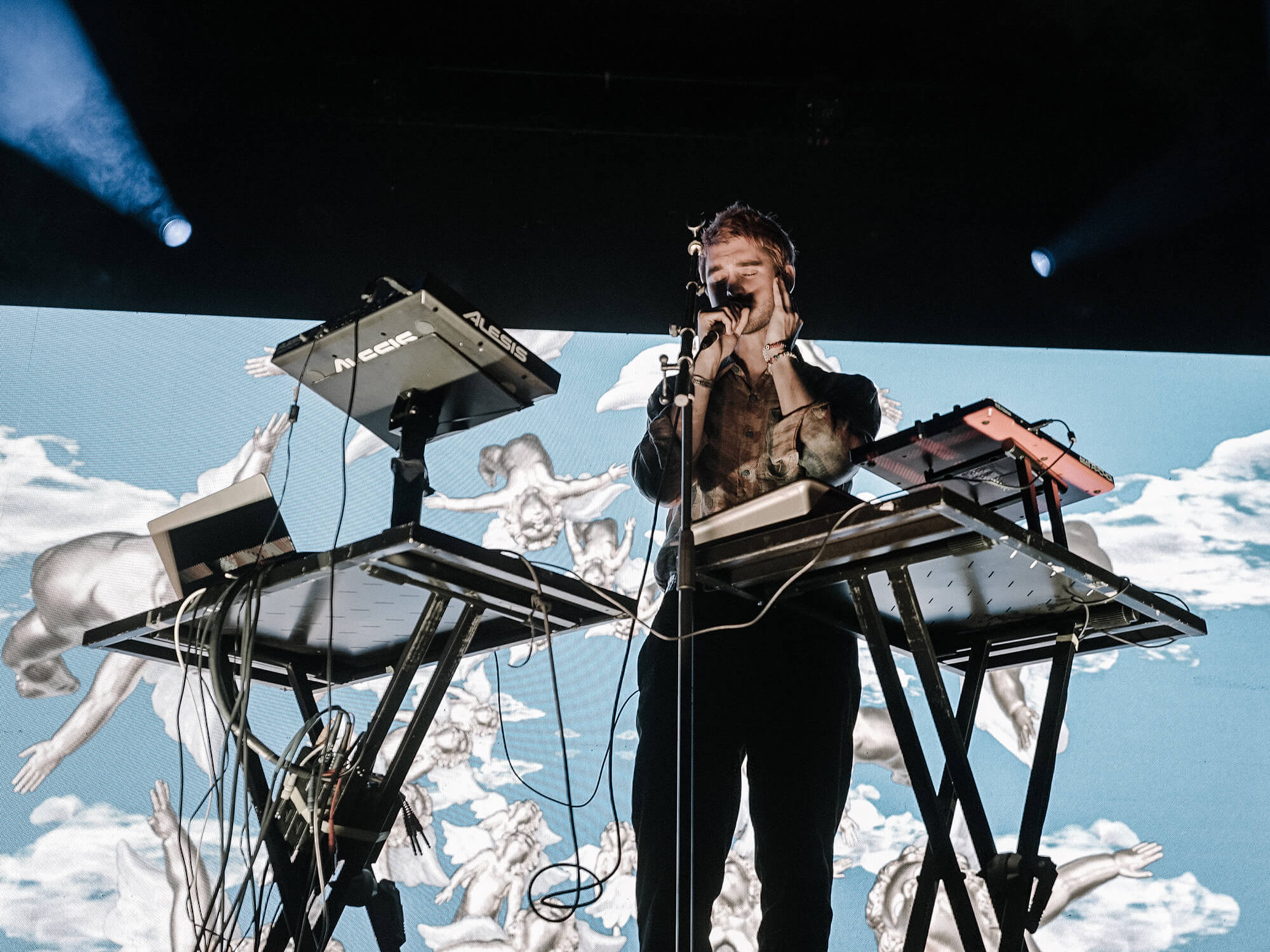 Mindchatter: “Remixing is an artform and it’s totally different than just writing a song.”

US producer Bryce Connolly talks us through his Dream Soup remixes album and explains why covering music by the likes of LCD Soundsystem always teaches him something new.

Artists have two primary methods at their disposal for honouring the work of other musicians using their own creativity: covers and remixes. Mindchatter sits at the intersection of both.

For Mindchatter, real name Bryce Connolly, covers can bring the past into the present.

“When you’re covering [a track], you basically have the bones of the track that you can now put into your own words,” says Connolly from his home studio in New York. “You can keep a cover really honest to the original.”

For Connolly, remixing is about taking the present into the future, whether he’s remixing the music of another or someone’s remixing him. Unlike covers, which retain the core parts of a song, such as melody and lyrics, remixes typically only include sparse elements of the original. How these are used is down to the remixer.

“You want to create something that’s [high] quality. Always choose quality over, ‘Oh, this has to sound like Mindchatter,” says Connolly. “You’re trying to find that middle point where you can inject your own production. You have to pick out the portions that actually speak to you. [Remixing] is an artform and it’s totally different than just writing a song.”

Connolly finds this process difficult at times, but he’s succeeded at both ends of the remix spectrum. He’s remixed tracks by breakthrough artists such as the hip-hop/dance crossover sensation Channel Tres and Amtrac, one of melodic house music’s rising stars, while demonstrating an ability to curate remixes of his own music from others.

Connolly curated a collection of remixes to accompany his 2020 debut LP, Imaginary Audience. The collection, plainly titled Imaginary Audience Remixes and released in 2021, features remixes from tracks on the original release by artists such as German techno tastemaker Anja Schneider and LA dance music multihyphenate, Justin Jay, among others.

And since the release of Connolly’s second album, DREAM SOUP, released this year, he’s curated several remixes from the likes of up-and-coming house music artists Slow Motion and Duarte, with a full remix album coming 26 August. 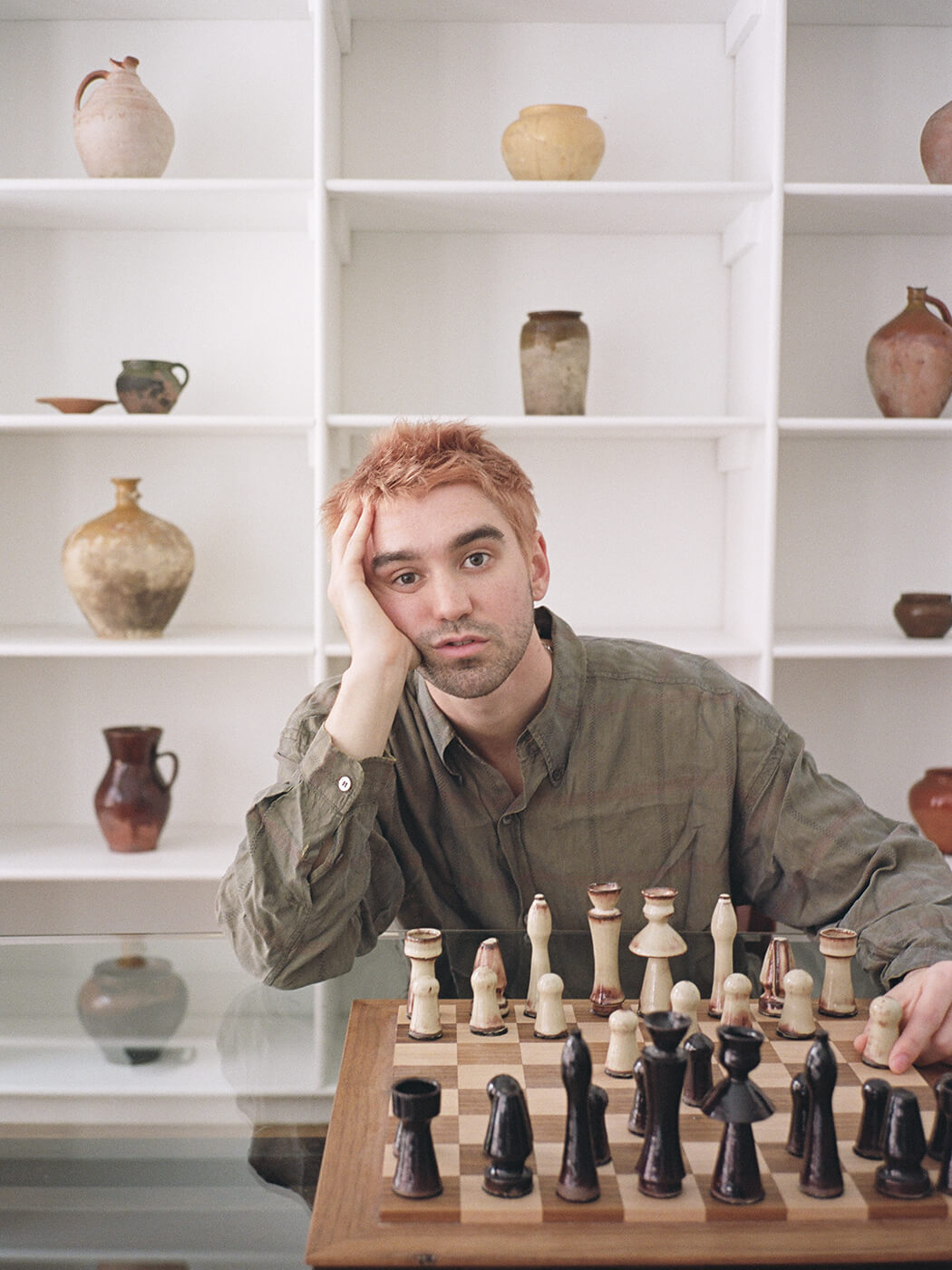 “My work straddles so many different genres in electronic music. I think [the remix album] was a way to branch out,” says Connolly. “There’s a lot of potential with the remixes for my sound.”

Cuts on Imaginary Audience, like the downtempo breakbeat of Sink Into The Hips, became a heavy-hitting future bass tune when Californian electronic lo-fi duo Koastle got their hands on it.

Remixes from DREAM SOUP, on the other hand, are primed for a format Connolly will soon engage with more and more in the near future, DJ sets.

As he gets back on the road this summer and autumn, he will be DJ’ing afterparties following his live show, the first of which happened at Southern California’s hotel-themed music festival Splash House on 13 August.

“Some of my songs are not really DJ’able but on the cusp of DJ’able. I’m starting to play more DJ sets and I might as well have other people remix my stuff. That’s the easiest way to do it,” Connolly says, with a laugh.

At the time of writing, every remix from DREAM SOUP is four-on-the-floor. New York-based producer Westend’s version of Math lays Connolly’s vocals over a seething melodic techno beat, whereas the rework of Answer Me, from the rising house talent Ranger Trucco, locks into groovy deep house.

Connolly wasn’t necessarily searching for artists to provide club-centric remixes of his music, but he knew he wanted to take his music to DJ sets in the future, and the remixes were a natural path.

When Connolly secures a remix for one of his tracks, he has an idea of what the final track will sound like. But sometimes the result is completely different to what he expected – which is no bad thing. 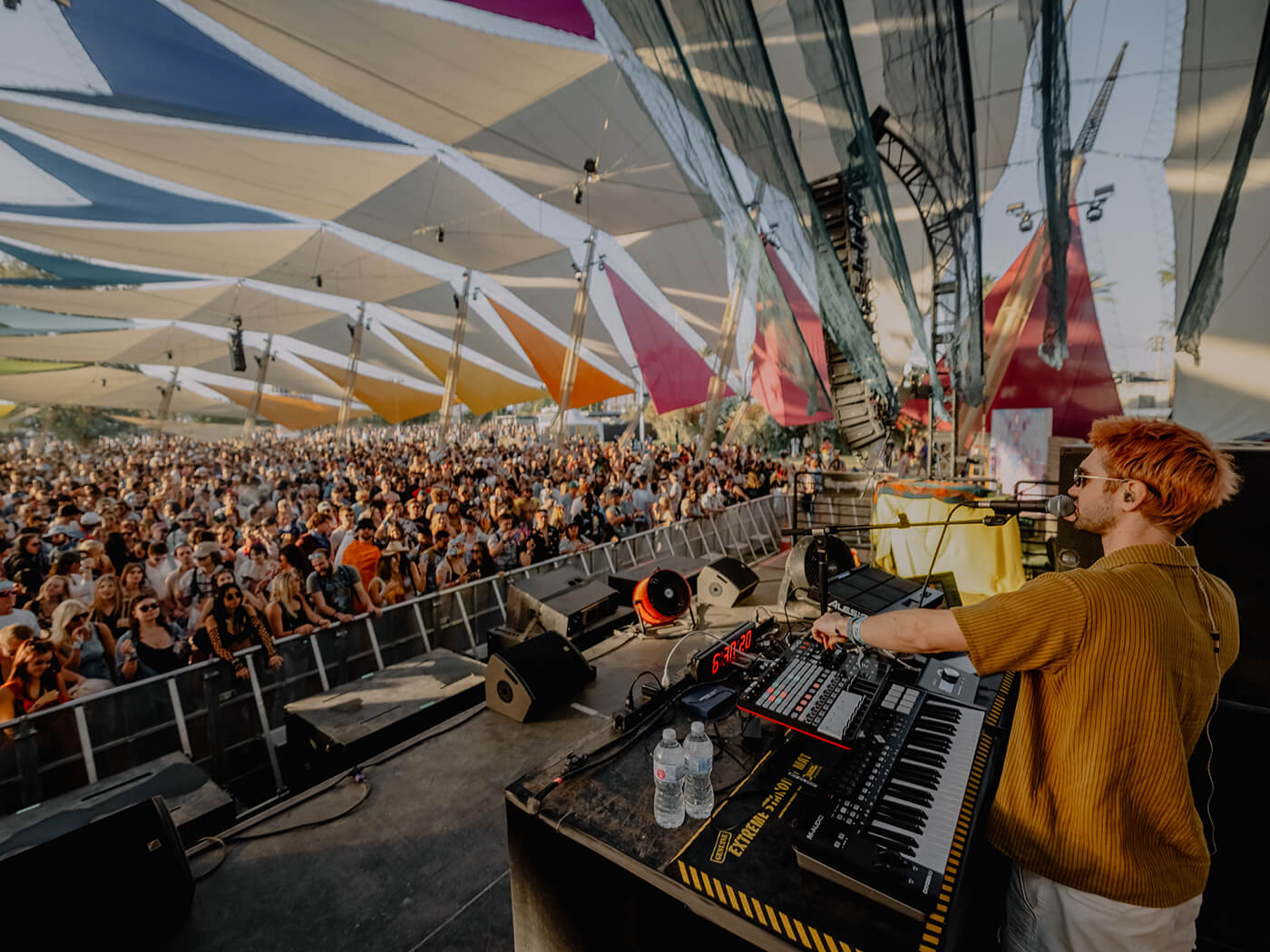 The remix of Glide, for example – another four-on-the-floor offering from producer DJ Counseling – includes very few elements from Connolly’s original.

“[DJ Counseling] went through a couple of versions and he found a couple of notes from the original that really spoke to him,” says Connolly. “It’s not always about how good the original song is or how much you like it. It’s more so if you can hear something that it needs.”

When Connolly was remixing Weedman by Channel Tres, he recognised that the laidback West Coast hip-hop homage needed something sleek and synthetic. He kept the original drums and part of the original bass, changed the swing of the beat, and replaced the mad G-Funk toppings with what he calls “trippy sounds”. The finished product is a concise merger of Connolly’s creativity and the original song.

“The magic happens when you find a sound and you have the ability to tweak it with distortion and reverb and all the audio effects that you throw on there. That’s when it comes to life,” he says.

In that regard, covers and remixes are aligned. Sound design in and of itself can serve as a vehicle for bringing a song from the past into the present, or taking a song in the present and sending it into the future.

“With a cover, the songwriting is there already and you can already envision what the cover is going to be like, because it’s that melody but it has my voice now,” says Connolly.

As long as the melody and other songwriting elements are the same, the past is preserved, and the covering artist is free to explore the present from there.

However, when Connolly covered I Can Change by LCD Soundsystem, his first-ever cover, his goal was to preserve the past as accurately as possible.

“The production that I was doing, especially at the time with the synths I was using and everything, definitely overlapped quite a bit anyway with the original synths in [I Can Change],” Connolly says. “Even though I used the in-the-box versions, I stumbled upon a patch that sounded almost identical to the I Can Change main lead synth. From there it was so easy to write the song once I had that down.”

Connolly used Arturia’s Mini V plug-in to create that patch, which emulates Moog’s Minimoog synthesizer, a key component in the LCD Soundsystem production arsenal. He also used it to create the bassline and the chord stab throughout the track. “If you choose a really good song that you love, which is what you should be doing, then you shouldn’t want to completely switch it up,” he says.

LCD Soundsystem was a huge influence on the sonic aesthetic of Mindchatter. The band’s diverse electronic sound and James Murphy’s sarcastic and conversational lyrical style can both be heard across Connolly’s entire discography.

“It felt like I could have wrote the song, which is nice,” says Connolly. “It came out really fast. I did it all in one session.”

Despite this quickfire approach, Connolly’s reverence for the original clearly resonated with his audience. His cover of I Can Change currently holds the second-most number of plays on his Spotify profile with more than 3.5 million.

There is surely some overlap in fandom between Connolly and LCD Soundsystem, but there is equally, if not far more, separation between the 2020 breakout artist and the dance-punk band that started in the mid 2000s.

Connolly didn’t just honour his own history and influences with this cover, he introduced a huge swathe of new fans to LCD Soundsystem in the process. He brought the past into the present, and the new remixes coming later this year that will take him into the future. To more DJ sets and beyond.

Mindchatter’s DREAM SOUP is out now.