The prolific electronic producer has racked up millions of streams with Hooked and Good Feelings. We talk mixing strategies, early gear and staying inspired. 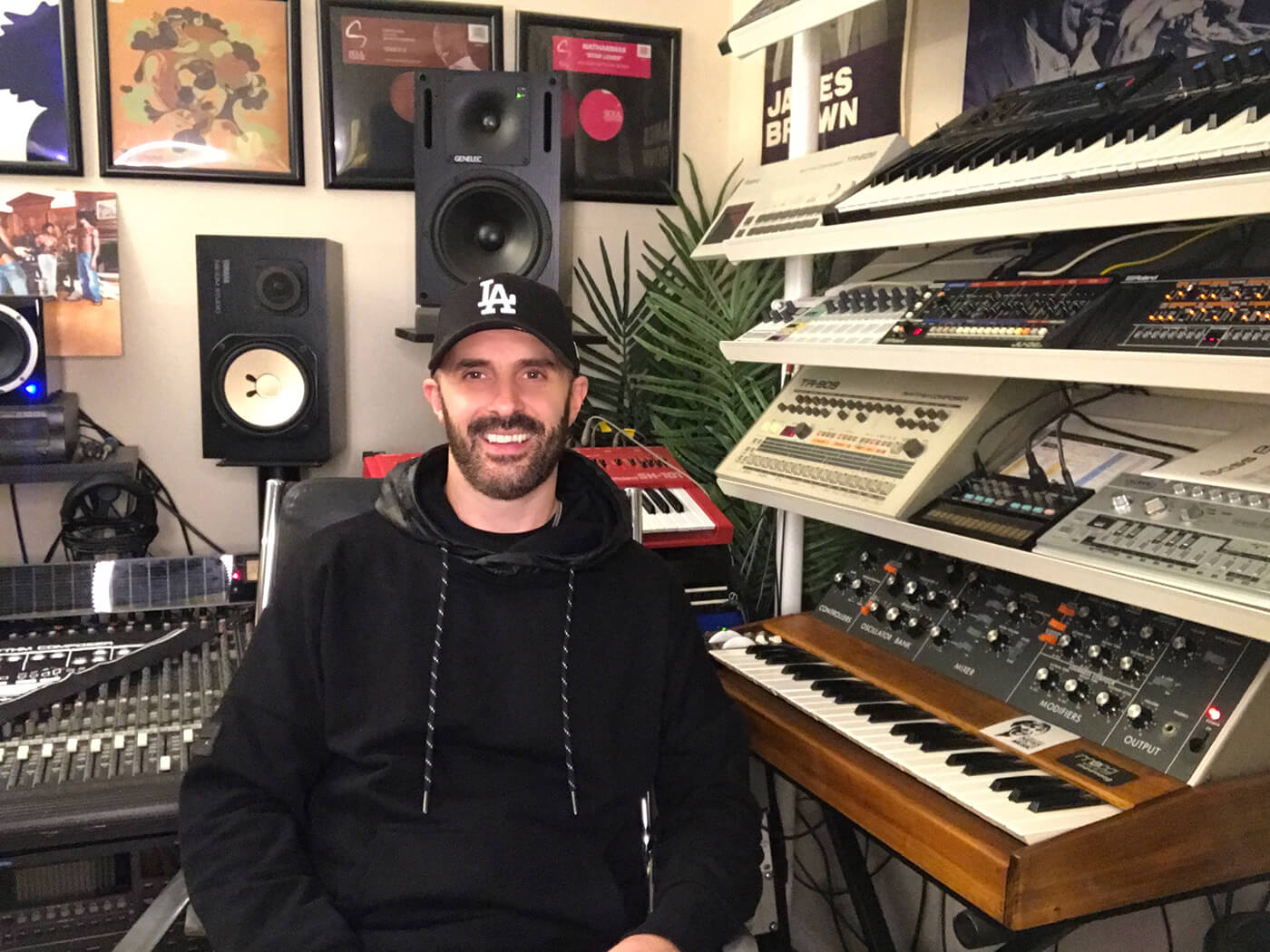 Martin Ikin, previously known as Soul Purpose, Indigo and DJ Mayhem, has been DJing and producing music since 1991. With regular digital store number ones, he was, at the time of writing, the biggest selling tech-house artist on Beatport, overtaking CamelPhat and Solardo and Fisher. Over on Spotify, he has just topped 20 million streams and shows no sign of easing up. 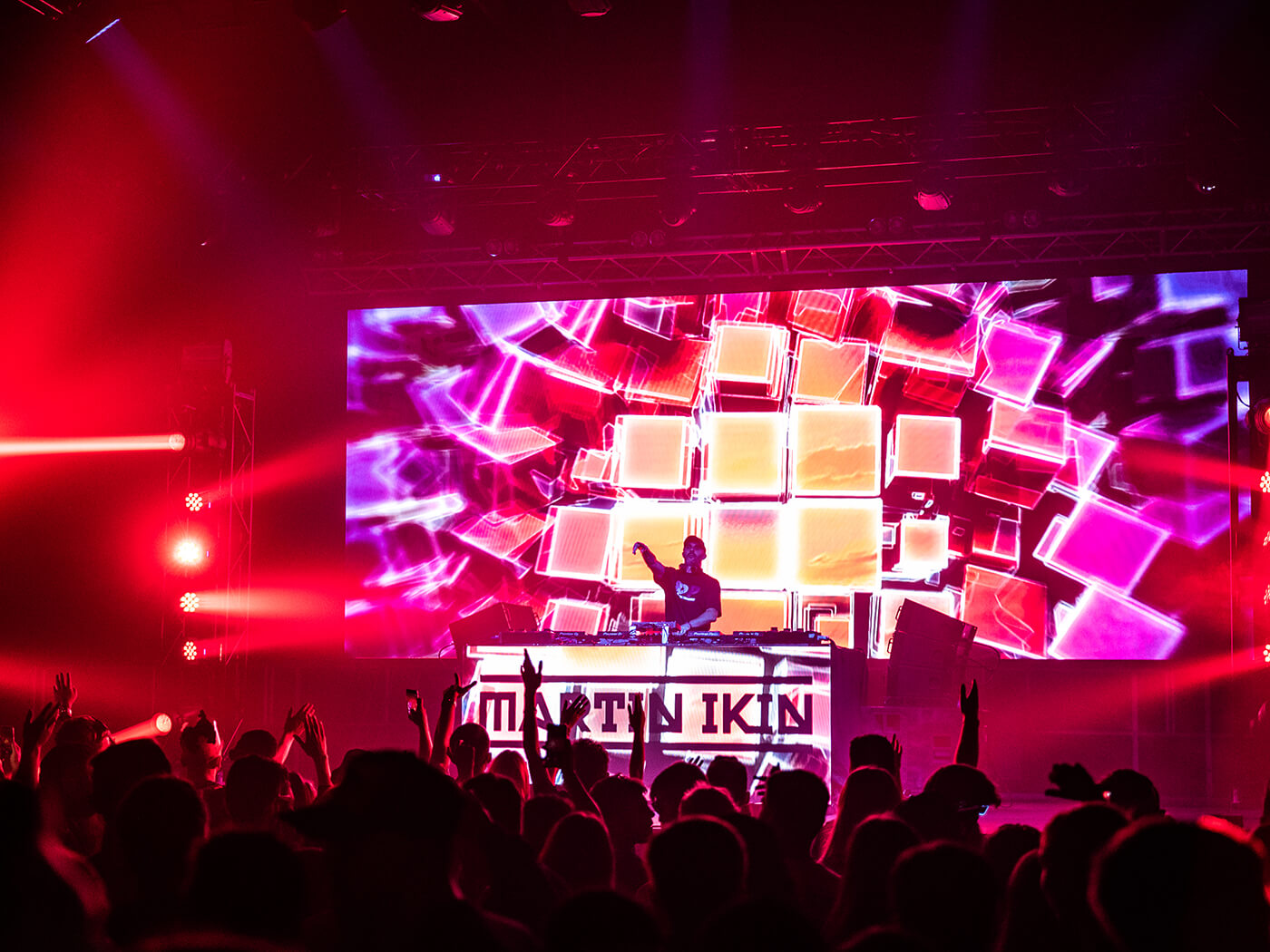 Ikin has spent the best part of his adult life making and releasing music on some of the planet’s most prestigious electronic labels, including Toolroom, Repopulate Mars, Lost, Cr2, Defected, Sola, Z Records, Sony and Island records. As a fully trained studio engineer and jazz pianist who lives and breathes music every day, he brings a rich pedigree and understanding to his production work. Listening to some of his most recent releases and remixes, including his own Good Feeling on Solardo’s Sola imprint, his Armand Van Helden remixes, or his rework of MK’s 2am, you can hear his signature cutting sound shining through. It’s a fusion of deeper tech and soulful house, aimed directly at the dancefloor. We recently caught up with Martin to get an insight into his sound and uncover some of his production secrets.

Tell us about the start of your journey into music. How did you get the music production bug?

It’s a long time ago now, but it all started when I was a kid about ten years old, and I persuaded my sister to get a keyboard for Christmas. I had already asked for a bike so couldn’t get both! But once she got it, I never put it down. I taught myself to play on that old Casio; I learned all my favourite tunes on it. I had the bug from then. Years later, I swapped it for a much better Korg synth that a mate of mine owned. From there, I had my first release on Basement Records in 1991 when I was 17 years old, under my first alias, DJ Mayhem, called Damage. That was rave music or hardcore, as we used to call it. Great times they were; the music was so fresh and inspiring. Every tune that came out back then had sounds that you’d never heard before. Between then and now, I’ve had lots of aliases and released everything from D’n’B, jungle, garage, house and even played in soul, funk and jazz bands. So it’s been quite a winding path. But house has always been my first love. 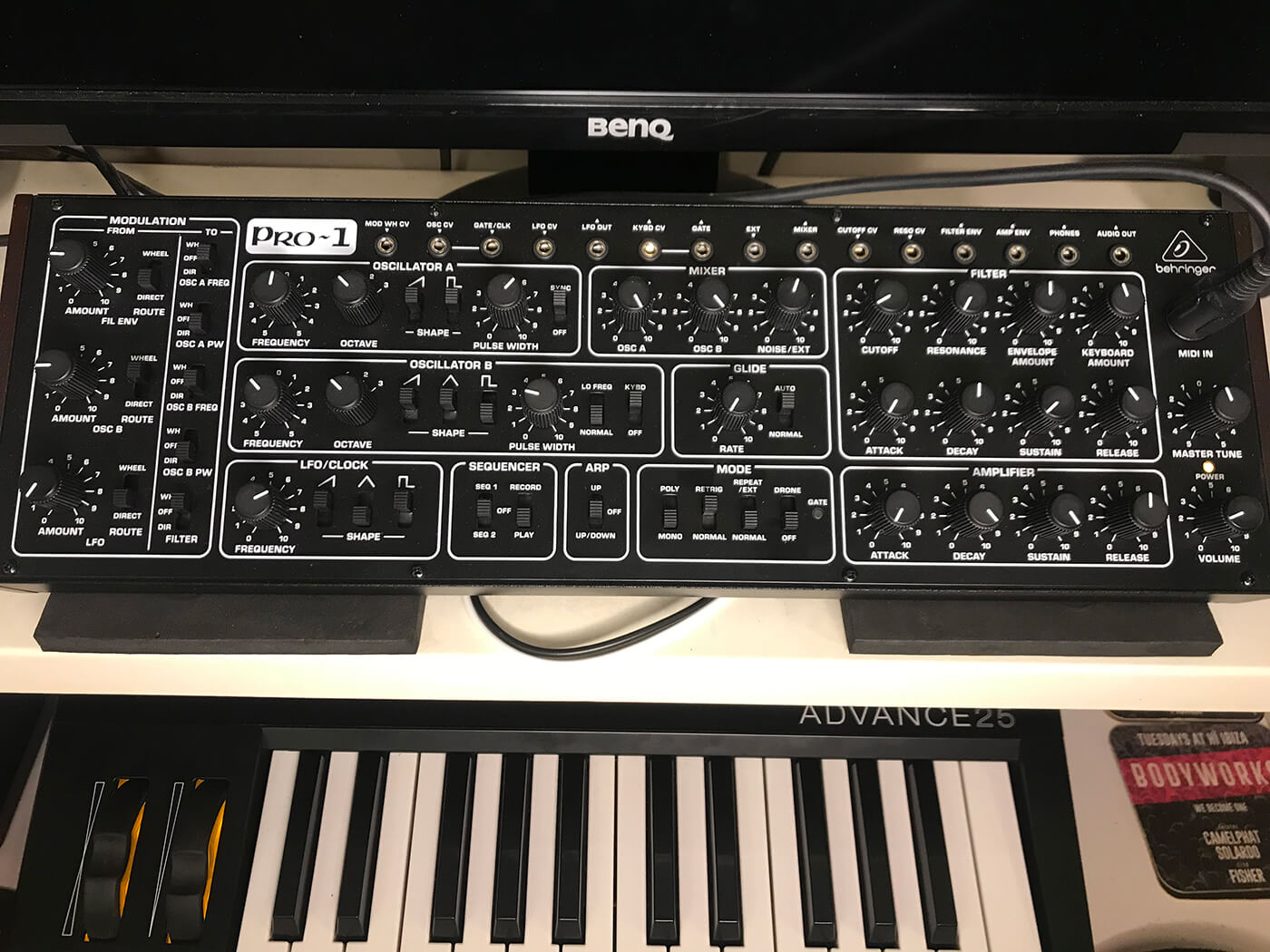 What inspires you to make music right now?

All sorts. When we were allowed in clubs, I’d always hear something that would spark an idea or a vibe and would look forward to getting in the studio the next day to use that inspiration. But I also love synths, and one of my favourite things to do is just mess around on my synths and see what noises I can come up with. This is always an amazing source of inspiration. When you come up with a great new sound or bass, it immediately gives you an idea of what to do musically. 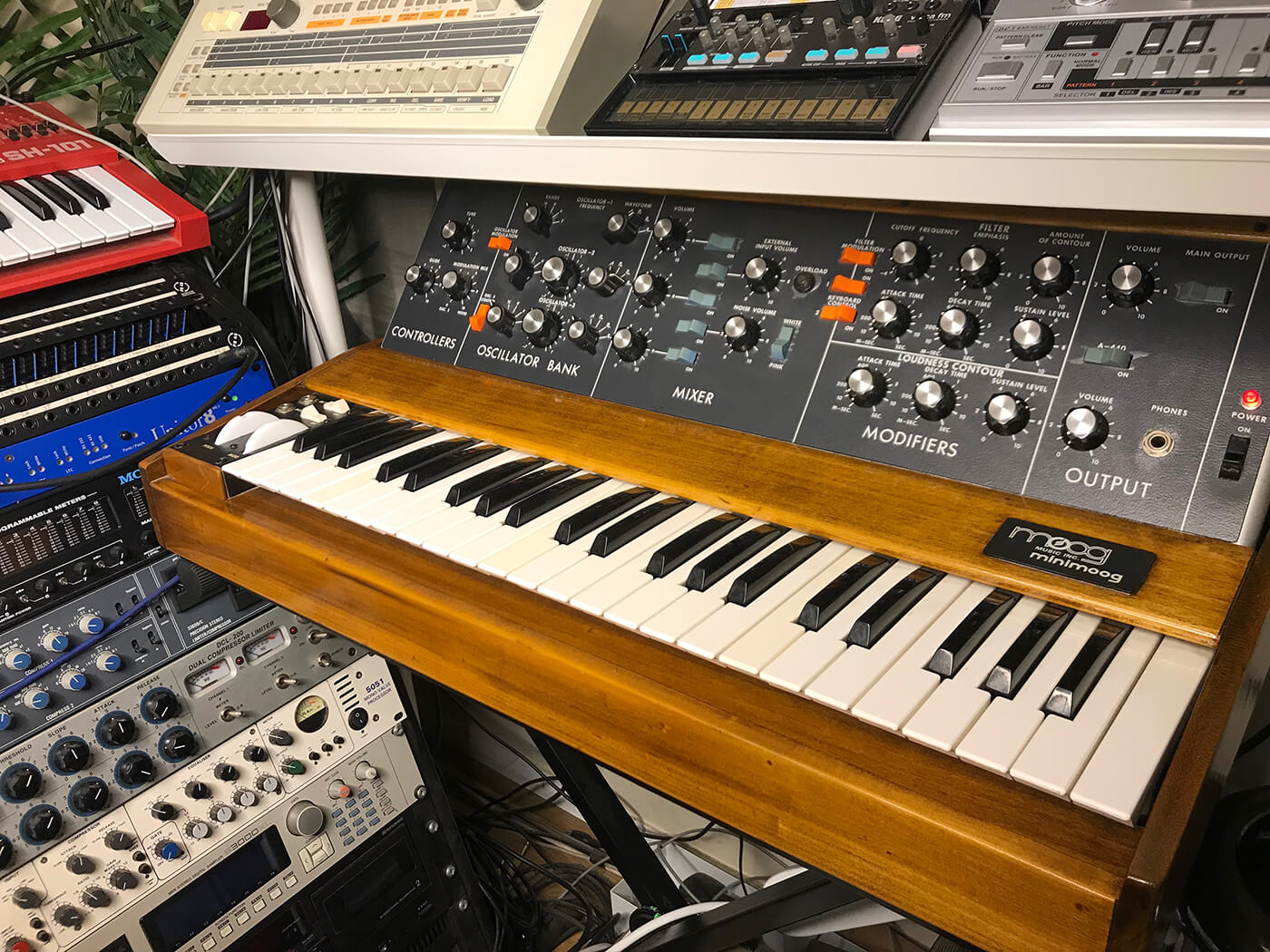 When you first started making music in the early 90s, what equipment were you using? Do you still have any of it in your studio today?

Back then, I used to save all my money to buy second-hand equipment. I bought an Akai S950 sampler for £350, I think. I got a Mackie 1604 mixer, and a mate found a Novation MIDI keyboard on a bus on his way to my mum’s house! But the most prized bit of gear is my Minimoog. I bought it in 91 or 92, and it was £800. Back then, it was a lot of money, so the bloke selling it said if I sent him a cheque for £400, he would send me the synth, and if I liked it, I could send him the second cheque of £400. And that’s exactly what happened. Could you imagine that happening now? I’m also not bad at fixing things, so I’ve bought broken synths and fixed them up before. I bought a broken Ensoniq Mirage and got that working with a new keyboard chip and some disk drive TLC. I also got a broken Yamaha DX21 working that I picked up for £21. I still have the Minimoog, which is on most, if not all, of my records. I also still have the Novation keyboard. The S950 I sold and upgraded to an S3000XL which I also still have. Same thing with the Mackie; I sold that and upgraded to a 32:8 desk which I still use today. 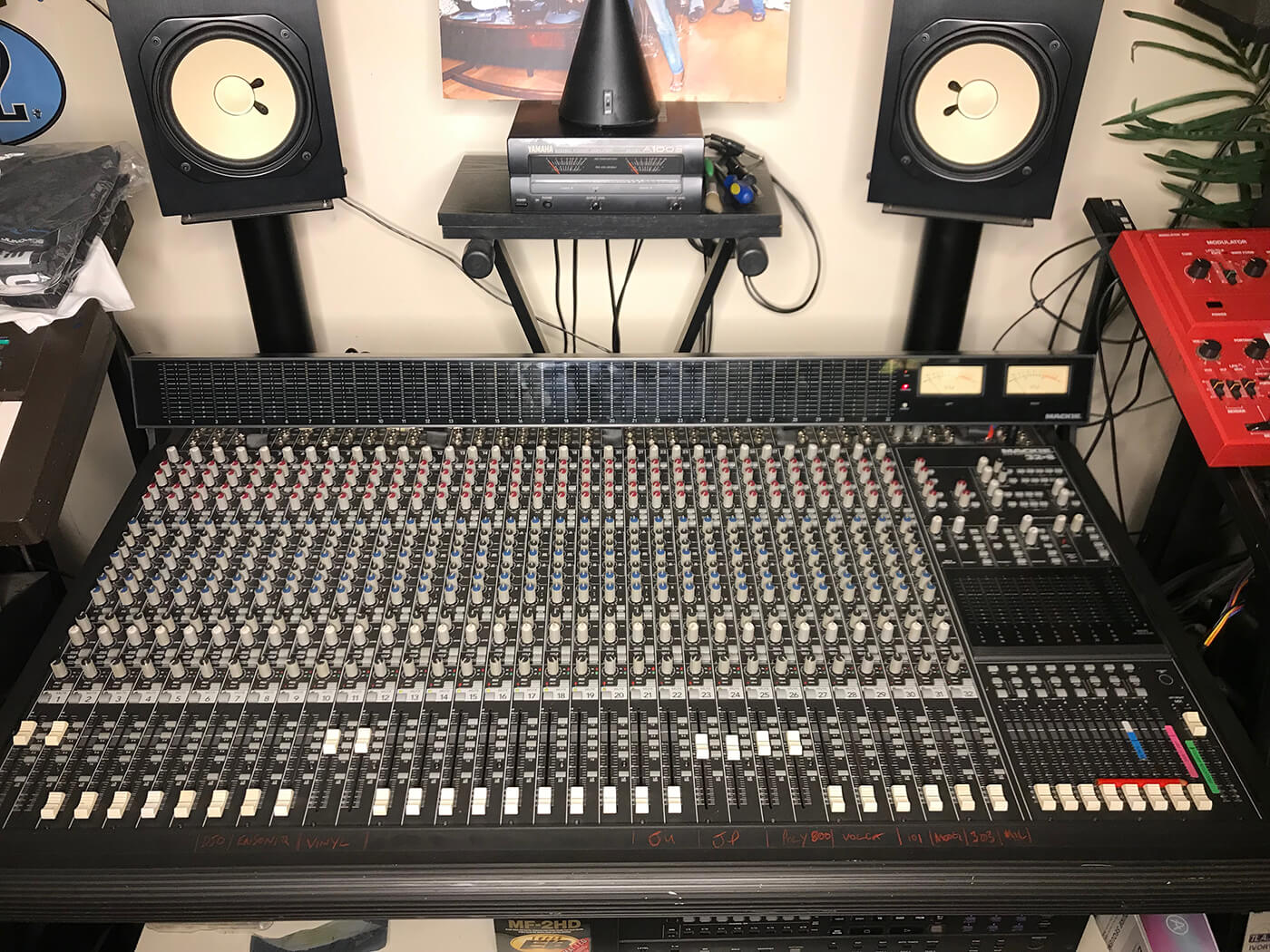 What’s your DAW of choice and why?

I’ve used Logic since 2000. Before that, it was Cubase. Back in the 90s, we all used Cubase or Notator on an Atari ST. I think we all had the same floppy disk copy of the famous “Mike Hunt” crack.

We took a peek at your studio and noticed quite a few analogue classics in there. When including something in a modern-day tech-house production, what type of processing are you using?

I use the synths a lot in my records. As for processing, though, it depends on what I’m trying to achieve. Sometimes on a Moog bass, for example, I might just have some light SSL compression and some side-chaining from the kick. Or if it’s a big lead sound, it might be compression, EQ, delay, reverb, that kind of thing. 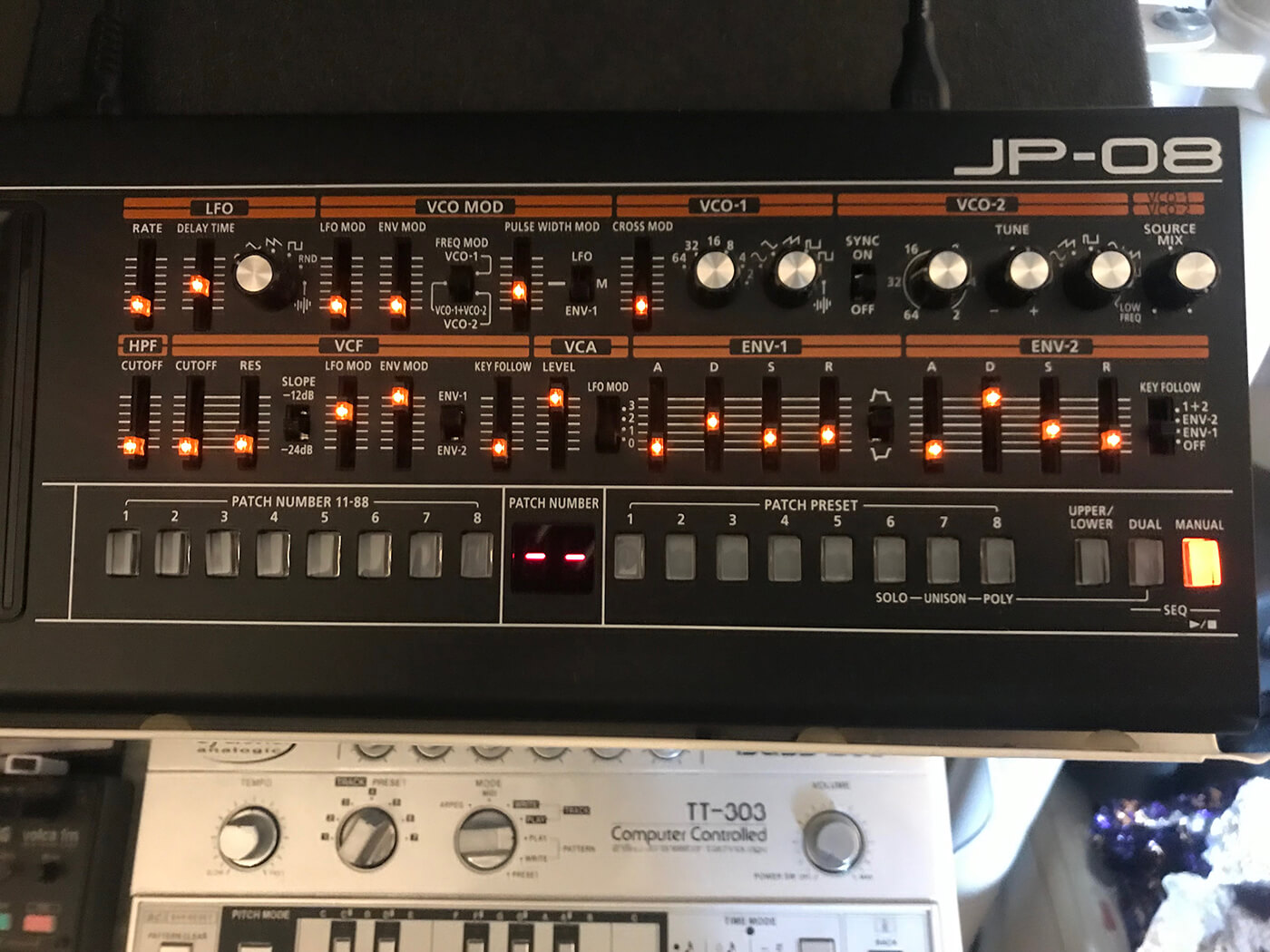 Do you have a working method in place for a mix?

Yes. The very first thing I will do is gain stage everything to a -12db input level on each DAW channel I’m using. For anyone who’s not familiar with the term ‘gain staging’, it’s the process of setting the input level of each channel. The aim is for there to be enough signal to ensure a good signal-to-noise ratio, but not too much signal that it will cause the channel or master channel to overload when everything is summed together. To achieve this in Logic, I first make sure Pre Fader Metering is on. This ensures the meters are showing me the input level (before the channel fader) and not the output level (after the channel fader). 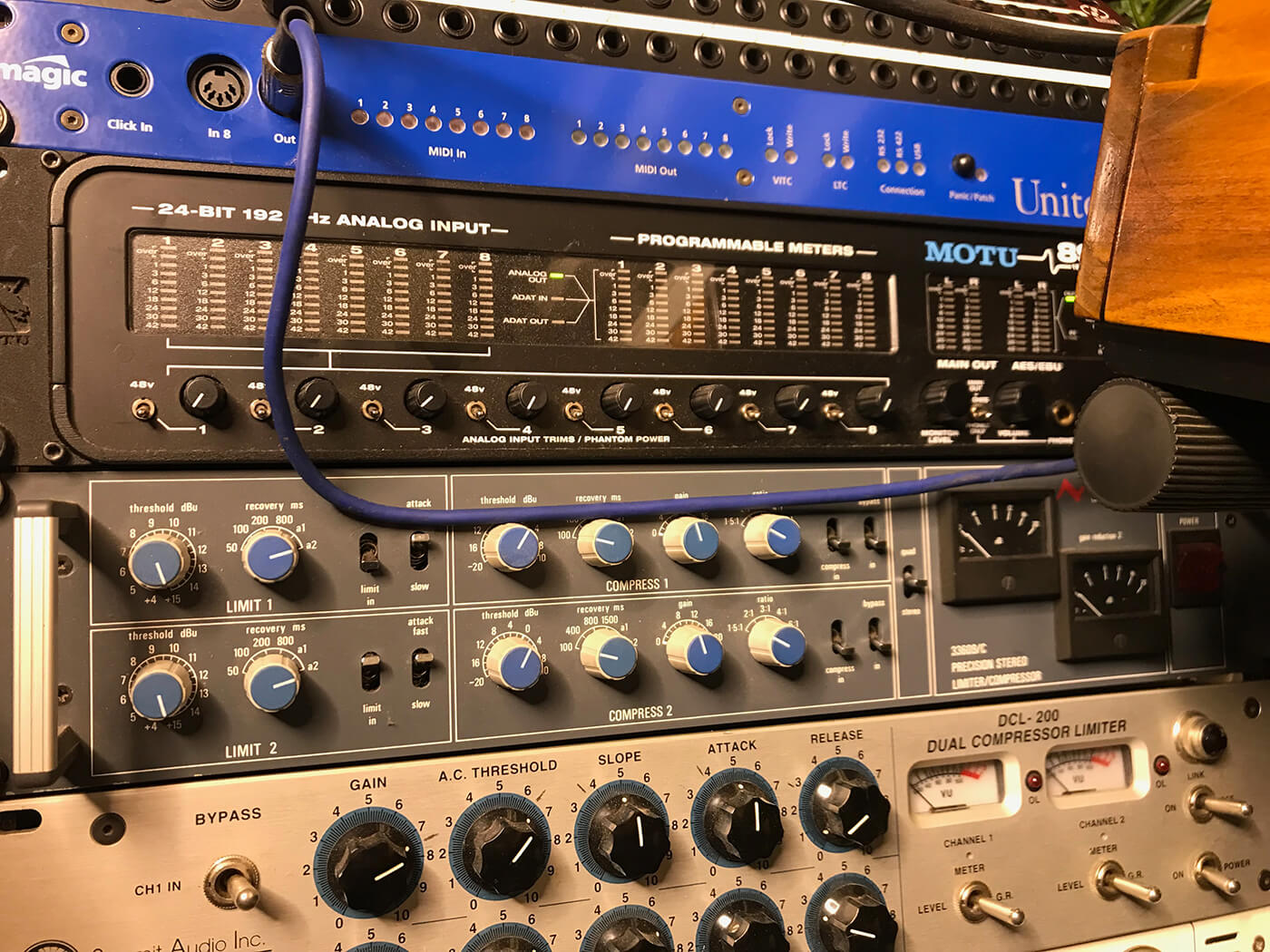 It is essential to make sure you are working with your input level here and not the output. Otherwise, if you’re only adjusting your output level to -12db, then the input may still be too hot and causing problems like clipping or overload. I then insert a Gain plug-in on the channel and adjust it until the channel input level is -12db or thereabouts. I’ll always start with my kick drum as a reference level, making it as fat as possible without going over the -12 input level. I’ll then mix everything else in the track to that kick drum.

I also always use a reference track when mixing. Either one of my records or something I know sounds good in a club. This helps you keep a fresh perspective on the mix just by flicking from your track to the reference track now and then.

You’ve remixed electronic music royalty, including Clean Bandit, Blonde, Joey Negro, Masters At Work, Armand Van Helden and MK. Which remix has been your most memorable?

It’s always an honour to be asked to remix someone’s music, but it means even more when it’s one of your all-time favourites, so I’d have to say the Armand Van Helden and MK remixes. 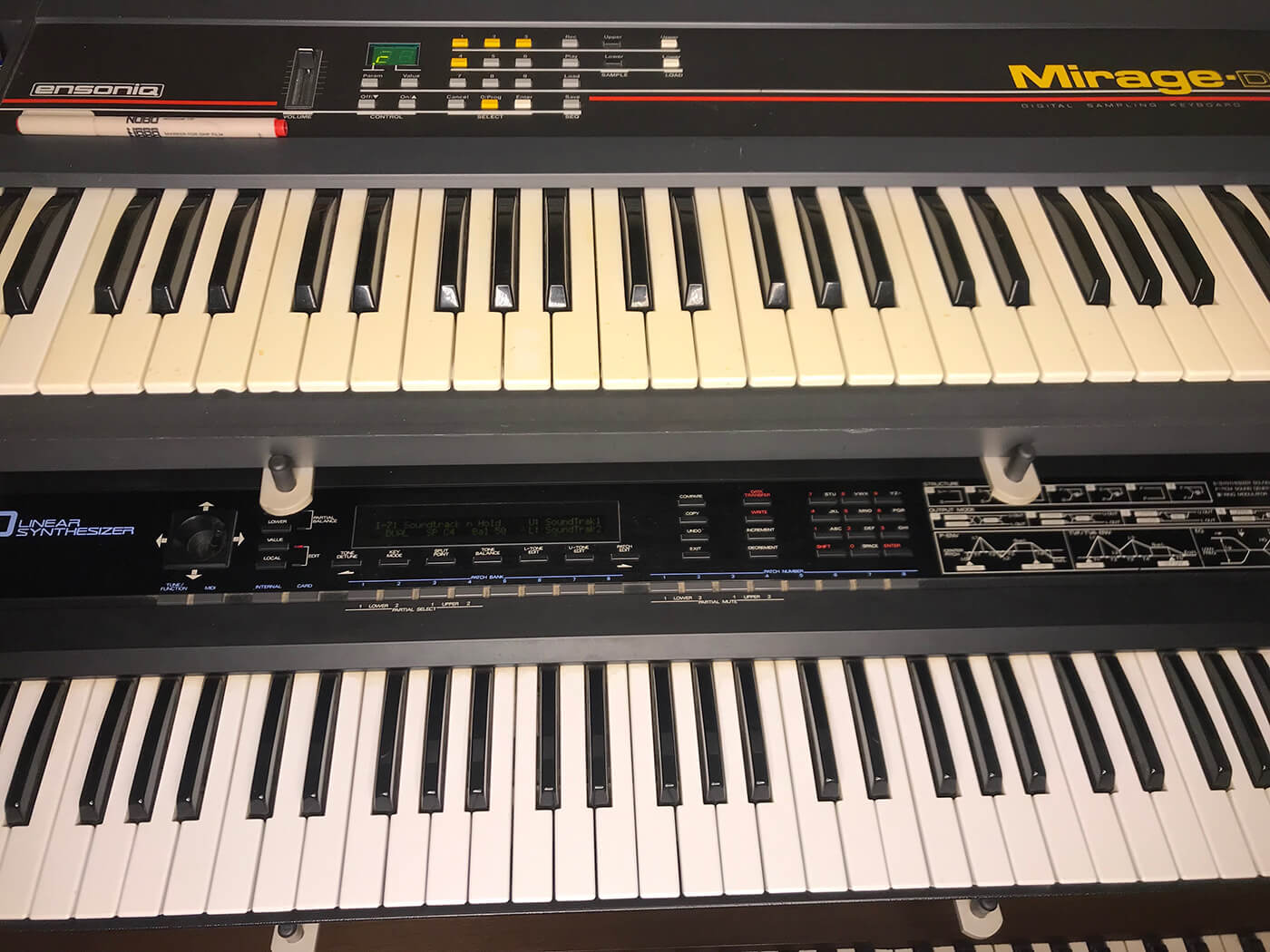 How do you feel about being remixed yourself?

I like it! It’s always exciting to hear how someone else will interpret your musical ideas. 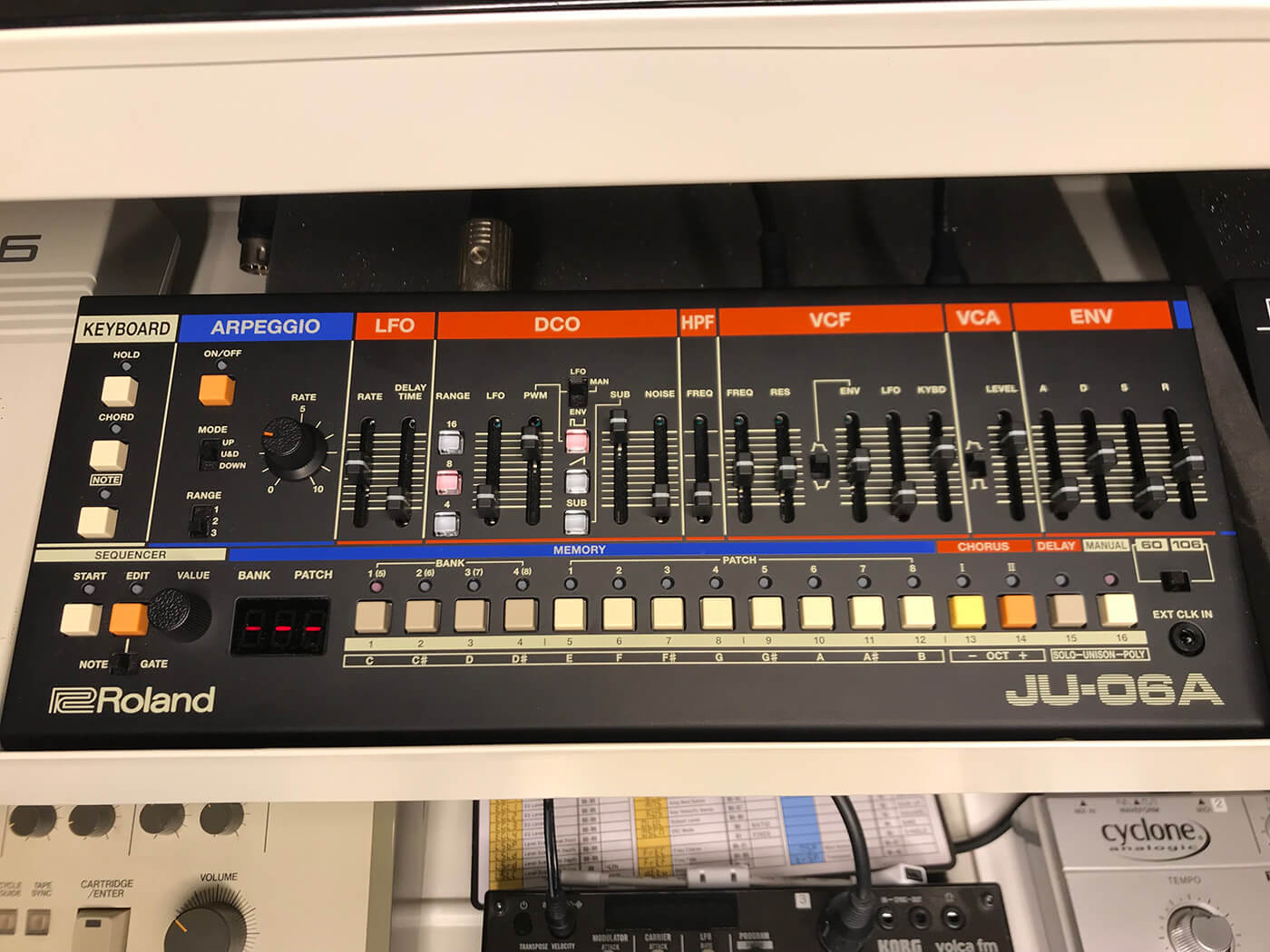 Were there any significant moments along the way where you came to a crossroads and had to make a big decision?

Yeah, there have been a few. When I had to decide whether or not to give up my day job to do music full-time was probably the biggest one. That’s always a gamble when you’re just starting out. Thankfully I took the risk!

Also, It’s not a crossroads or a major moment, but looking back, I had so many aliases. I’d probably stick with one or maybe two if I was starting now. 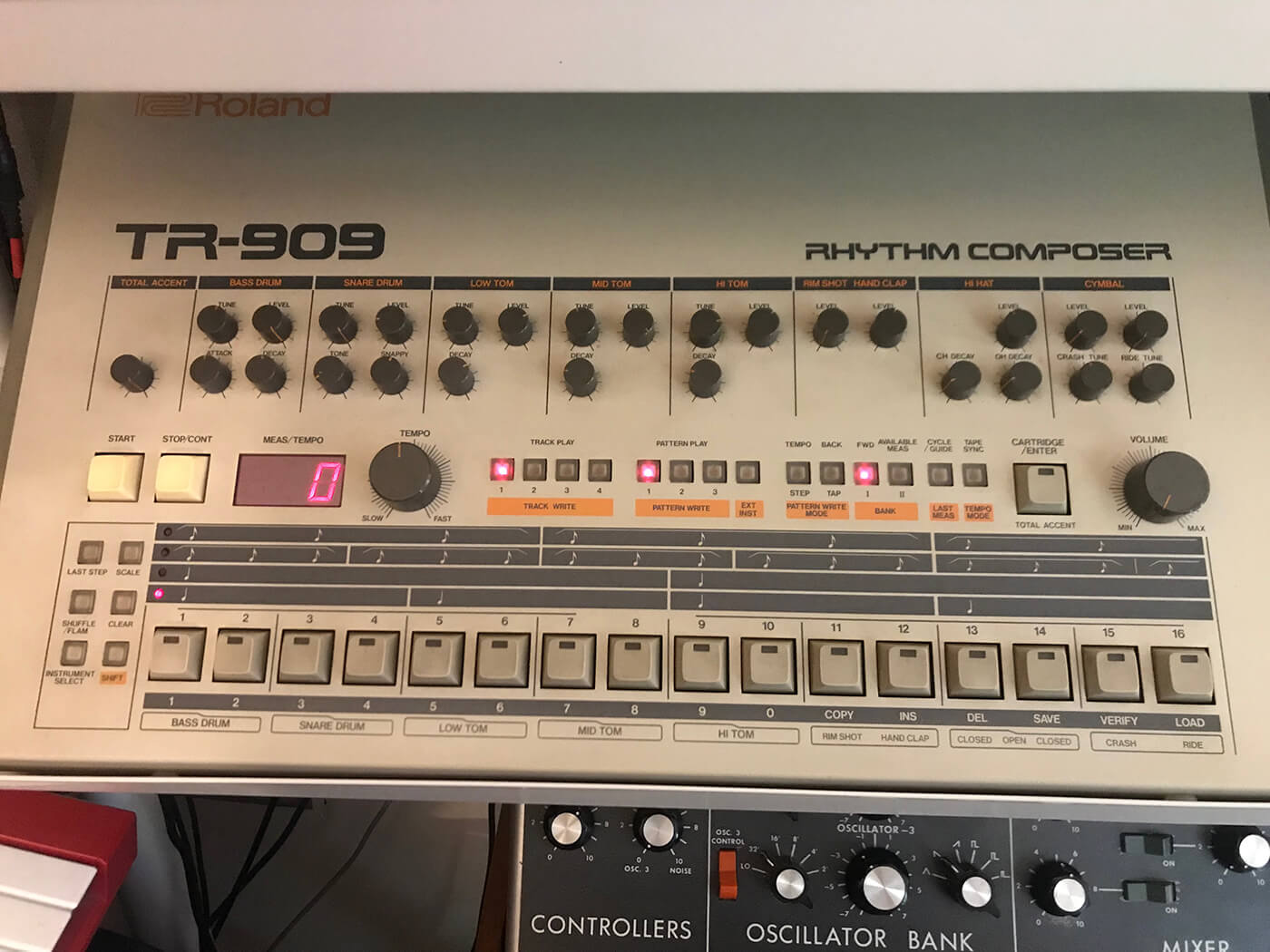 What three invaluable pieces of advice could you give to our readers that they could implement in their practice?

The pandemic hit artists and the event industry hard. How have you kept focus in the studio with so much going on around you?

For me, the studio has been a complete blessing through the pandemic. Now I’m not gigging and travelling every week; I’ve been able to get so much more music finished than I would have if the pandemic hadn’t happened. I really can’t complain at all. I’ve been lucky enough to carry on working all the way through this. But obviously, we are all missing the clubs, and hopefully, it won’t be too long now before they can start letting us back in. 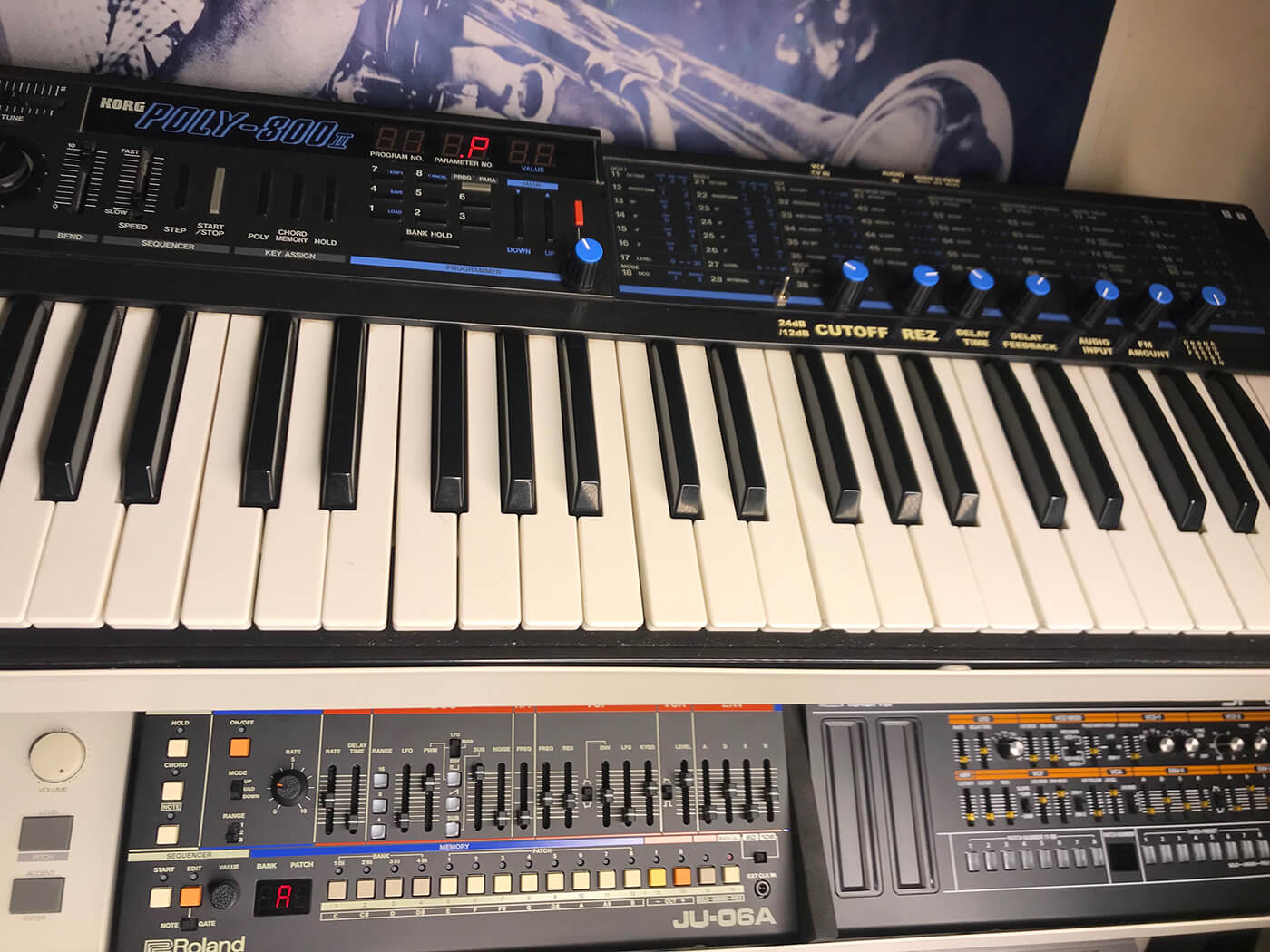 Finally, what’s coming up for you in terms of releases and remixes over the coming months?

Well, I’ve pretty much spent the whole year in the studio, so there’s lots of music to come, including some cool collaborations and remixes. That’s all I can say for now, but keep an eye out. 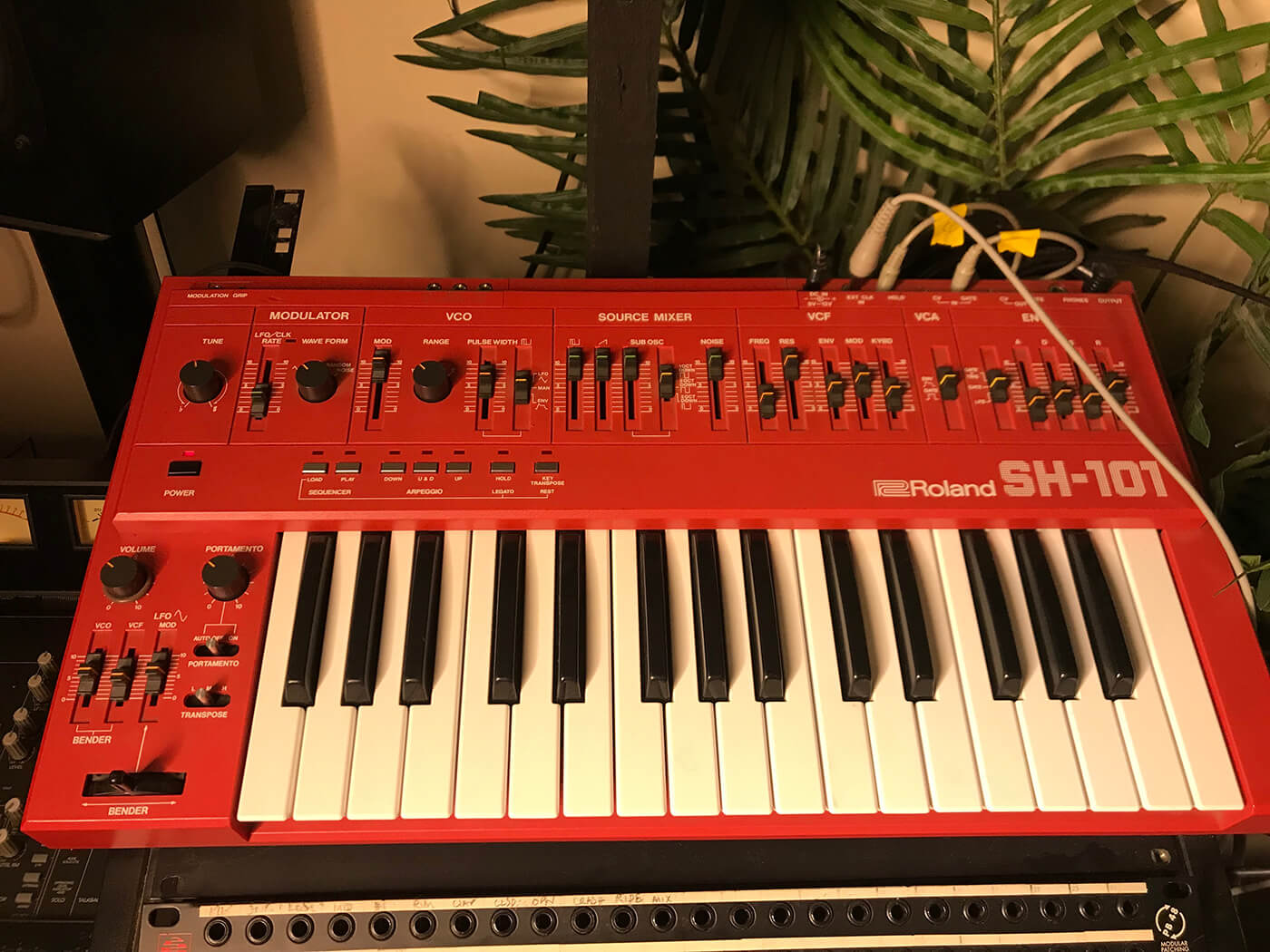 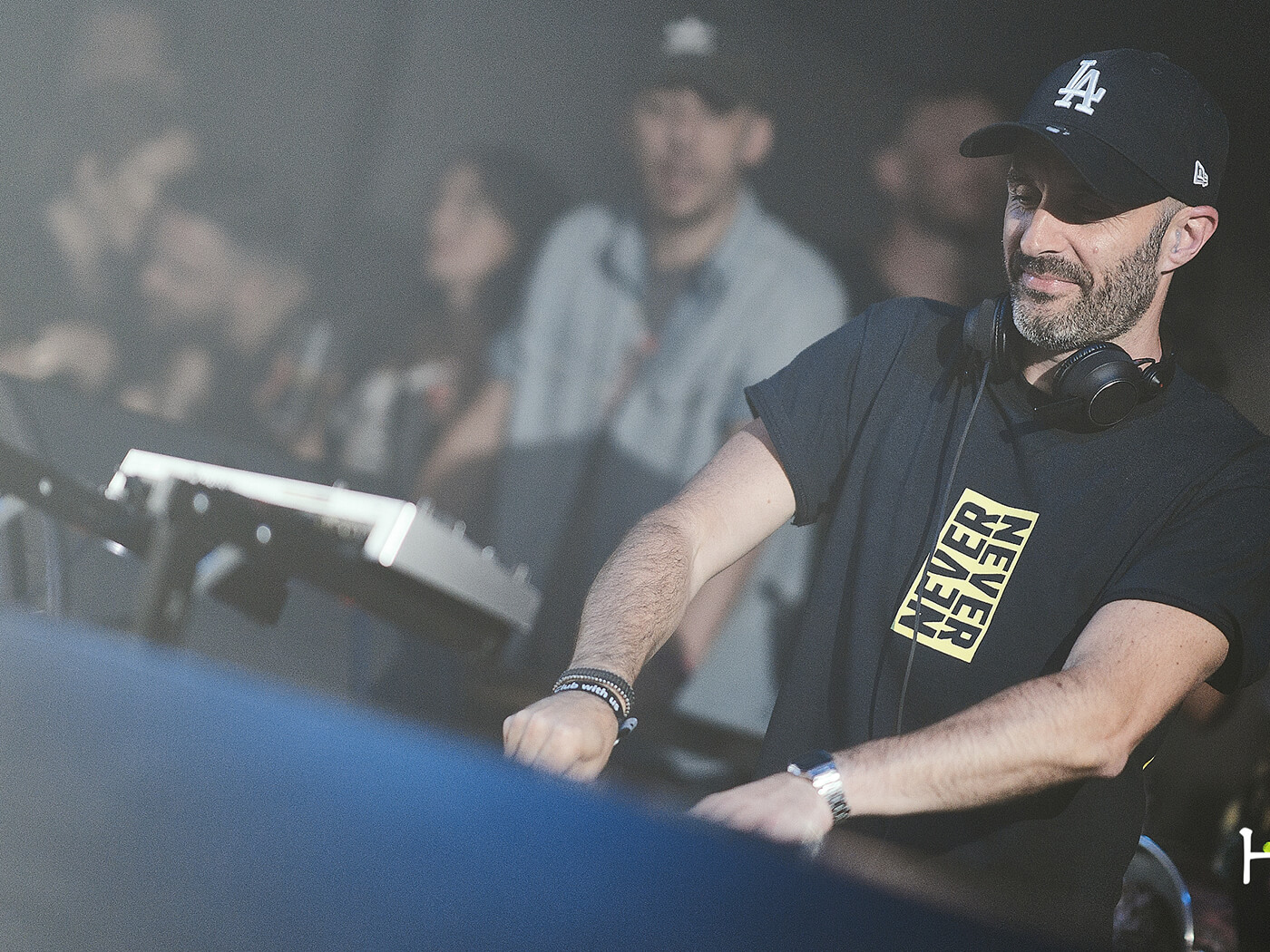 Also, check out his Back to Funk and Good Feelings productions.