Mark Ronson on new documentary Watch The Sound: “Technology and ‘sound’ are what distinguishes a good song from an amazing record” 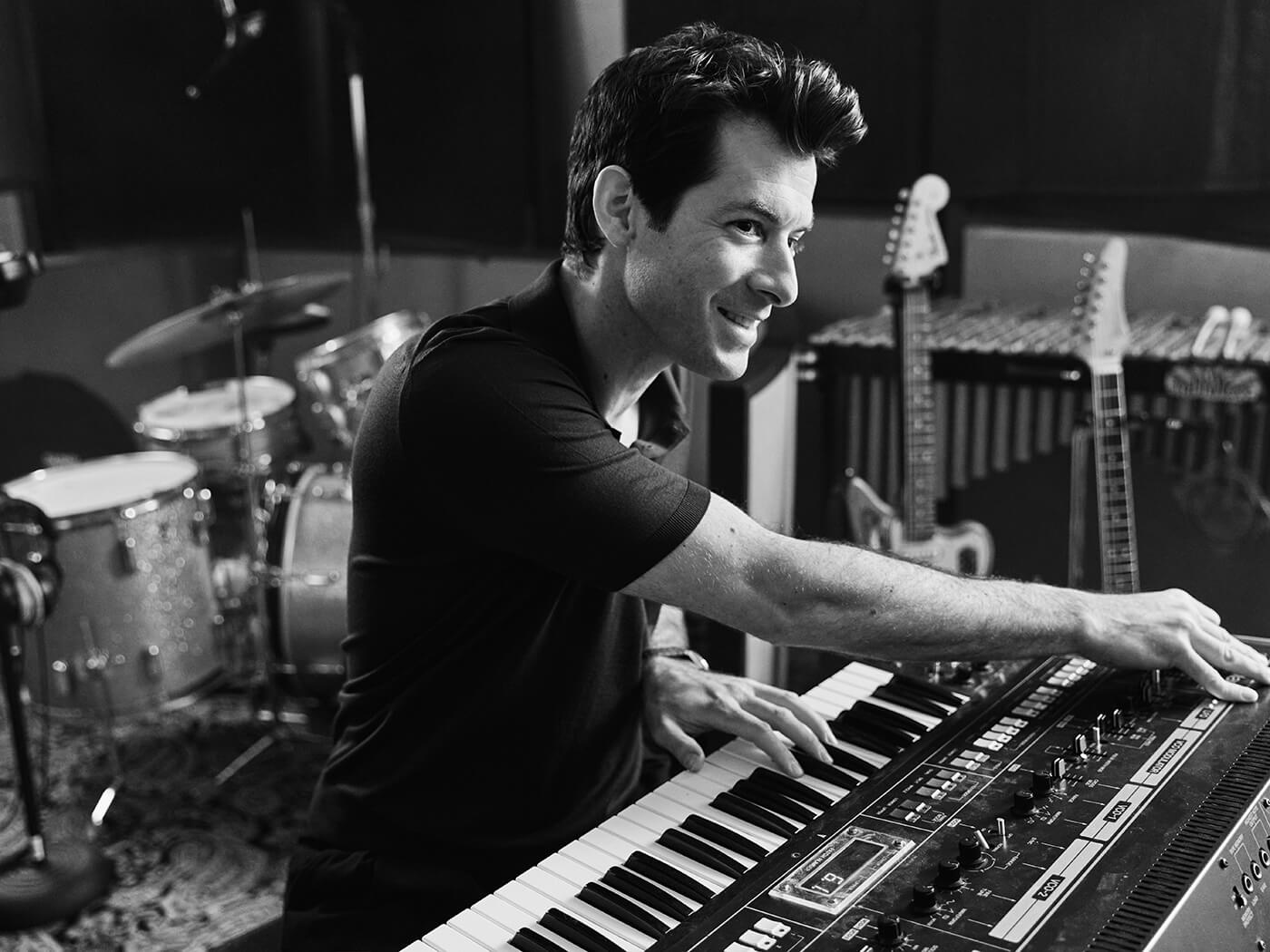 The Oscar-, Grammy- and Golden Globe-winning producer, DJ and label owner has had an illustrious career. He’s broken records with Uptown Funk, produced some of Amy Winehouse’s most iconic tracks, played at Paul McCartney’s wedding, and has been submerged in music technology his entire life. He’s the ideal candidate for Watch The Sound, which premieres on Apple TV+ on 30 July.

“Anything you do that makes a sound or noise or something that excites you – that’s how you get hooked into music. Or that’s how I did,” he tells MusicTech of his first foray into music technology. “I had a guitar, and someone showed me how to play Satisfaction. Now it’s GarageBand, getting a sample pack, loading that up and remaking your favourite Hit-Boy or Future beat.

“It’s almost like the first thing you ever do is sort of emulate someone else. And you realise that you can do that thing that the person you love does. And that starts the journey.”

Ronson explores the phenomenon of musical imitation in Watch The Sound. Each of the series’ six episodes covers a different transformative studio technology. He unravels how iconic artists would use the tech – often in the wrong way – to achieve their unique sound. Whether it’s T-Pain pushing Auto-Tune to the extreme, DJ Premier omitting the metronome when programming samplers, or Bikini Kill cranking up the gain to convey their rage, these techniques catch on fast. And it’s not long before an entire movement erupts from the newly discovered sound.

“When we started to make the show,” Ronson recalls, “we discovered all these other things that were really interesting stories. So much of this great stuff actually came about by accident.”

And those continuous streams of happy accidents means music is “constantly evolving”, Ronson says. “When you hear a great singer, a great voice, whether it’s Rosalía, Adele, whoever, we still connect, there’s still something beautiful. But I do think that technology and sound are what distinguishes something that’s just a good song from being an amazing record.

“Pony by Ginuwine is a classic song. If you think of the sound that’s going…” – Ronson explodes into a vocal imitation of the growling bass synth on Pony – “That’s the sound that makes you want to run to the dancefloor and enjoy that song.”

Watch The Sound was made for both practitioners and those who don’t even know what an LFO is. Whatever your familiarity with music production, it’ll always be entrancing to watch Tame Impala’s Kevin Parker craft patches on a Juno-106 and the creator of Altiverb capture reverb responses of an oil tank.

“I wanted to make something that people who love music and technology and innovation would really enjoy. And people who just like listening to music and know nothing about the technology,” Ronson says.

Watch The Sound also zooms in on the pioneers of synthesis and music technology. Delia Derbyshire and Wendy Carlos are given their flowers, as are Bob Moog and Don Buchla. Even Roger Linn joins Ronson to demonstrate the MPC3000 and Linn LM-1.

There’s only so much you can fit into 37 minutes of screen time per episode, though. So rather than forcing each episode to encompass all of the great talents, Ronson took a more personal route: he spoke to the pioneers who introduced him to the technology.

“When I think of synthesizers, I think of Duran Duran first,” he elaborates. “Somebody else might think of Herbie Hancock or Depeche Mode first. But then I also thought it was important to include things that people might not know about, like all the female composers, and stuff that remains a bit less known from the 60s and 70s, who are so impactful and so important for pushing the story of modern [music] technology.”

It’s not only the early trailblazers who are given their due on Watch The Sound. Ronson also keeps it current. King Princess, a signee of his label Zelig Records, shows off her production techniques in one episode, while in another Charli XCX tells Ronson his extremely Auto-Tuned vocals aren’t ready for the world.

And then there’s TikTok. Not merely a distribution or promotion tool for artists, the social platform is changing the way music itself is being created, Ronson says.

“TikTok has certainly influenced music, in the way that everyone is trying to make a song that might have a viral moment,” he explains. “Everyone’s trying to put a catchphrase in a song or, think, ‘Okay, well, kids want to make a dance to this song, you know, is there 30 seconds of this song that’s really iconic?’”

As more social platforms arise alongside new innovations in music technology, it’s easy to wax nostalgic about the simpler ‘good old days’. But doing so would be missing the point of Watch The Sound: the series serves as a reminder that the music we love today wouldn’t have been possible without technology that was at the time novel, groundbreaking, perhaps even frightening.

“Technology is a way to enhance music,” Ronson says. “We react to music because it gives us joy or sadness, or an emotion. So I think the meaning is still the most important part of music. Even the most modern-sounding productions and the modern trap hip-hop stuff is still very much based on emotion. Technology is just there to help support that.”

Watch The Sound With Mark Ronson will premiere globally on Apple TV+ on 30 July 2021.