Leo Abrahams on his gear and workflow in the studio

Leo Abrahams lets us in on his go-to instruments, from hardware to software, and his music-making process. 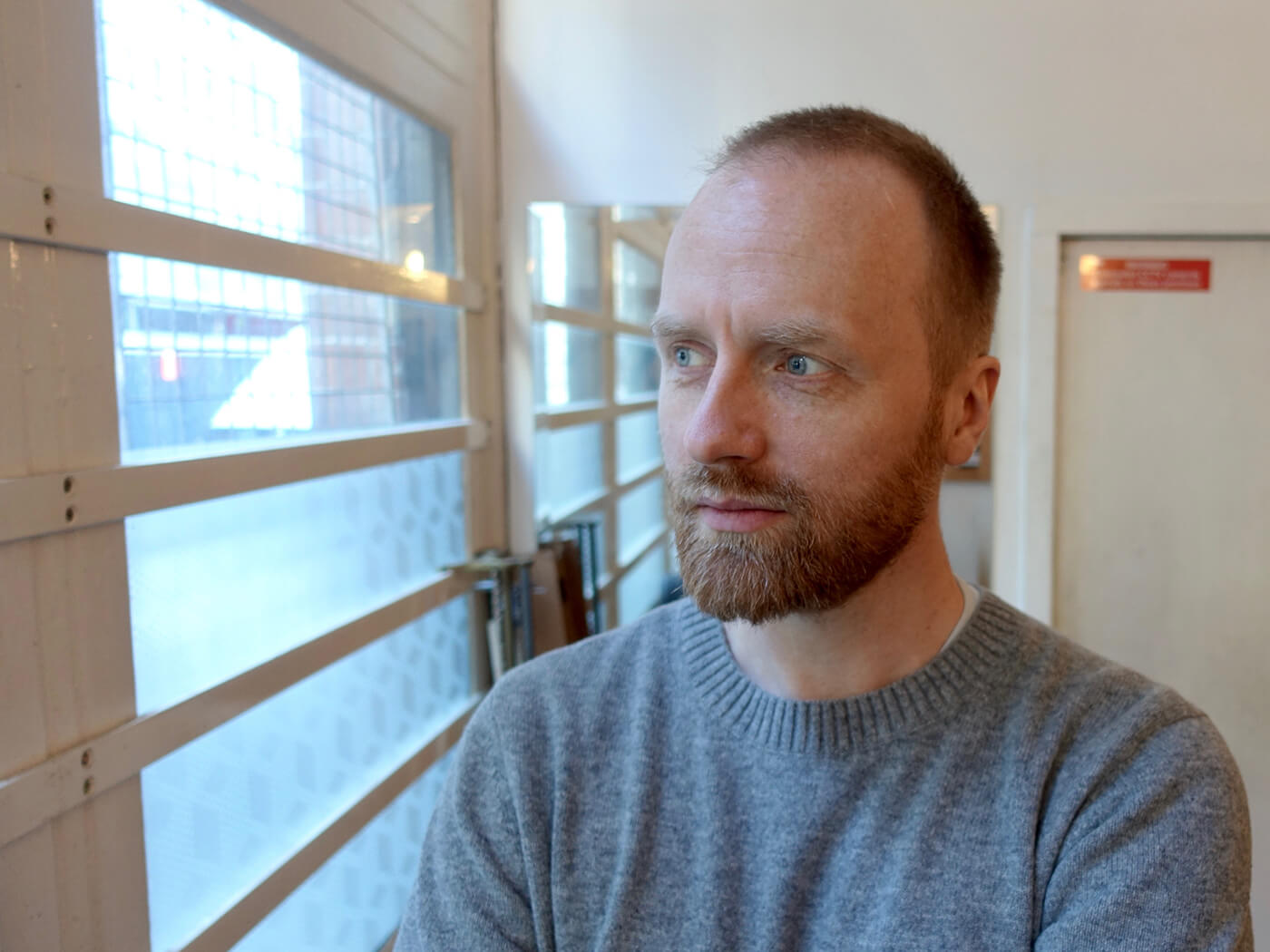 Multi-faceted producer and composer Leo Abrahams uses a range of hardware and software tools in the studio, yet tries to keep his workflow as fresh as possible. We chat with the English musician about all things gear and his process in the studio.

Do you work mainly from Coronet Street Studios?

I work all over the place, but the studio I work from here suits me because I can go and track rhythm sections somewhere, then come back here and edit and do all my overdubs with an artist. There’s very little financial pressure then, on a project. You gain the luxury of time. This is the room I know for mixing, but that being said, I don’t feel I have to put every project through here. I really enjoy going all over the place. I was just in LA for two weeks at this fantastic studio called Lucy’s Meat Market.

What gear do you tend to use frequently when you’re here at Coronet?

Well, the UBK Fatso here is used a lot, it has a lot of applications – and can breathe life into loops people have made. It’s fantastic as a parallel vocal compressor, singers love it. I’ll sneak a little bit of very heavy compression in and they love it. It’s great for controlling bass. If this were a full-on tracking studio, I’d probably have eight of them. Everything that goes through there feels good. It’s utility plus vibe.

The other thing I use all the time is this Overstayer 8755DM Modular Channel. I can honestly say this changed my whole workflow and approach to recording. All the parallel routing capabilities, plus the sheer sound of the thing, makes it sound wild. I can get the exact character of the source defined in this which has cut my mixing time drastically.

In terms of monitoring, I’ve got the ADAM A77Xs and the standard Yamaha NS-10s are always good to refer to if I’ve been working for a long time. Then I’ve got Avantone’s MixCube – I used to have two of them, but now I just go down to mono for that. It’s great for balancing levels.

The piano here isn’t mine, it’s actually the studio owner’s – but I did use it on the Hayden Thorpe record I made recently (Diviner). There’s quite a few physical drum machines over there, I use them from time to time but it tends to go in phases. I can go for ages without using them. 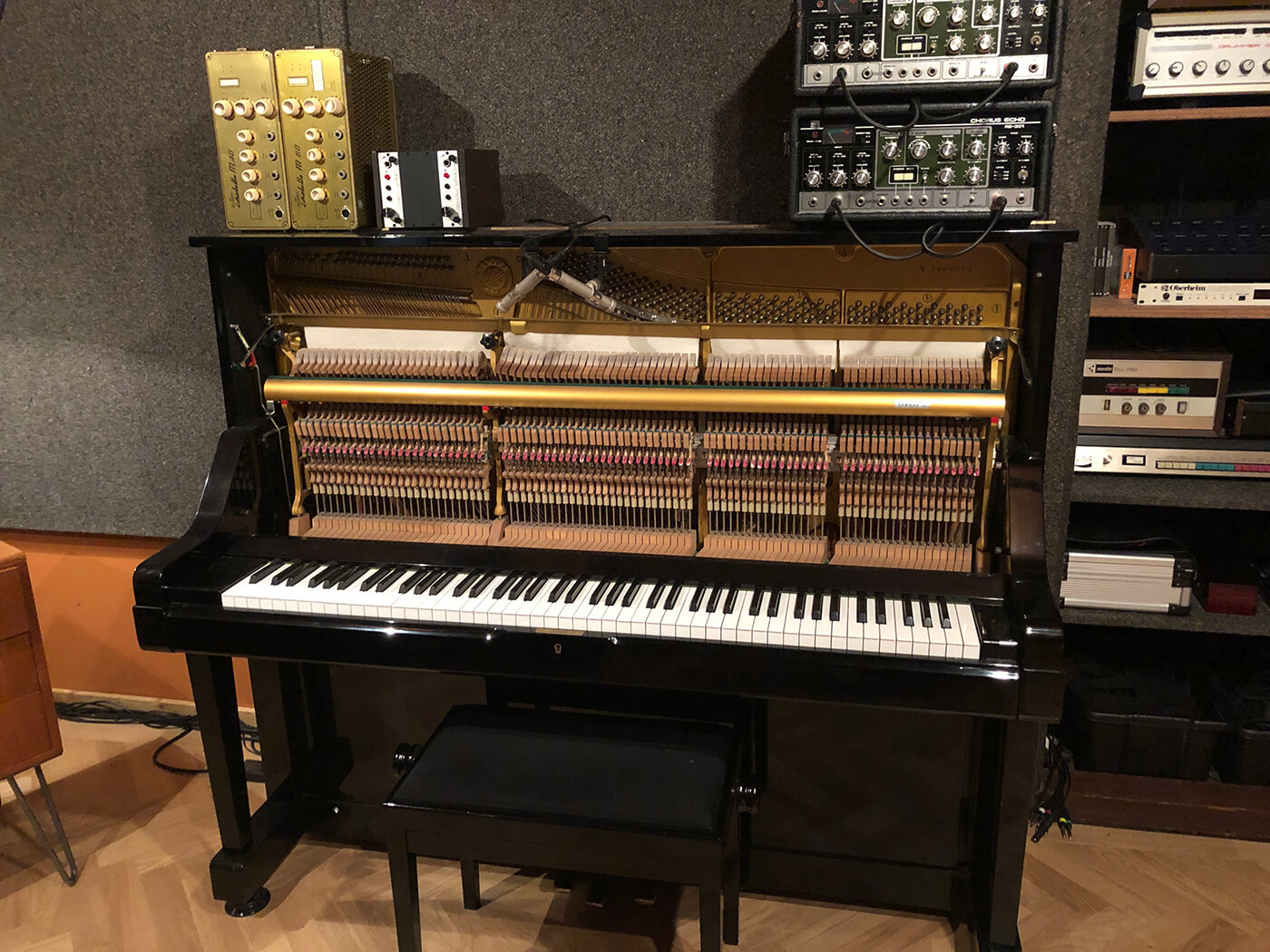 DAW-wise, well, I’m using Ableton Live for a solo guitar project at the moment. It uses audio routing and switching and I also use a fair few Max For Live plug-ins for guitar processing. But usually, I use Pro Tools.

How about the software end of things, do you have a large plug-in arsenal?

I’m often on Plugin Alliance, I really like the Unfiltered Audio distortions. They’re really musical and interesting. It can do everything from extreme effects to subtle filtering. I use those on guitar and a lot of other things. I think just because the filter is so useful, Unfiltered’s stuff are my go-to distortions.

For EQ, it’s FabFilter Pro-Q 3, especially now they’ve got the multi-band. I use their Pro-MB as well. For reverbs, I really like Sonnox. Everybody uses Soundtoys, too, and I’m no exception! I’m only now just getting into the UA stuff, which I know is dangerous but I just like the way they work. Even the LA-2A limiter just feels good. I think that’s probably it, really.

At this moment, I’m quite happy with my setup but of course, the gear-hunger is never-ending. I think the guitar pedal-hole is pretty daunting, but a lot are coming out now that are basically just plug-ins, but in pedal form. There’s a lot of deep functionality with many newer guitar pedals and to be honest, I don’t have time to remember that for six different pedals. A lot of the sounds that are in there seem to be the curated favoured sounds of people that are into granular synthesis. Because I’m using Max For Live, I can just make my own from the ground up.

Do you use a lot of processing on your guitar after recording, or do you get the sound you need with pedals?

I like to react as a player to complex sound that you’re not in full control of, so I always try and get the sound first. Also, if I’m working with guitarists in bands who might not have used granular synthesis before, or complex chains of effects, then it could have an unpredictable result down the line. Again, I like hearing how they react to that in real time, rather than taking it apart and reprocessing it.

I do more reprocessing with piano and drums and voices than guitar. Myself and most guitarists I know react better to having the sound there from the get-go. With Justin from Editors, we spent a long time running his guitar through Ableton Live and I’d be switching the plug-ins frequently or we’d have his guitar trigger the MS-20. Most people enjoy and react better to that approach.

Are the synths here brought out often?

Yeah, I use [Korg’s] MS-20 all the time! The Juno is used fairly frequently. There’s the Paraphonic that’s not actually here, but it’s at home in my studio there. There’s the Prophet 12, too, which looks a little out of place amongst those vintage synths – it’s kind of a combination of cleanness, which reminds me of the DX7, but it’s so tweakable and such fun to build sounds from scratch and modify presets. It’s often the last piece of the puzzle. 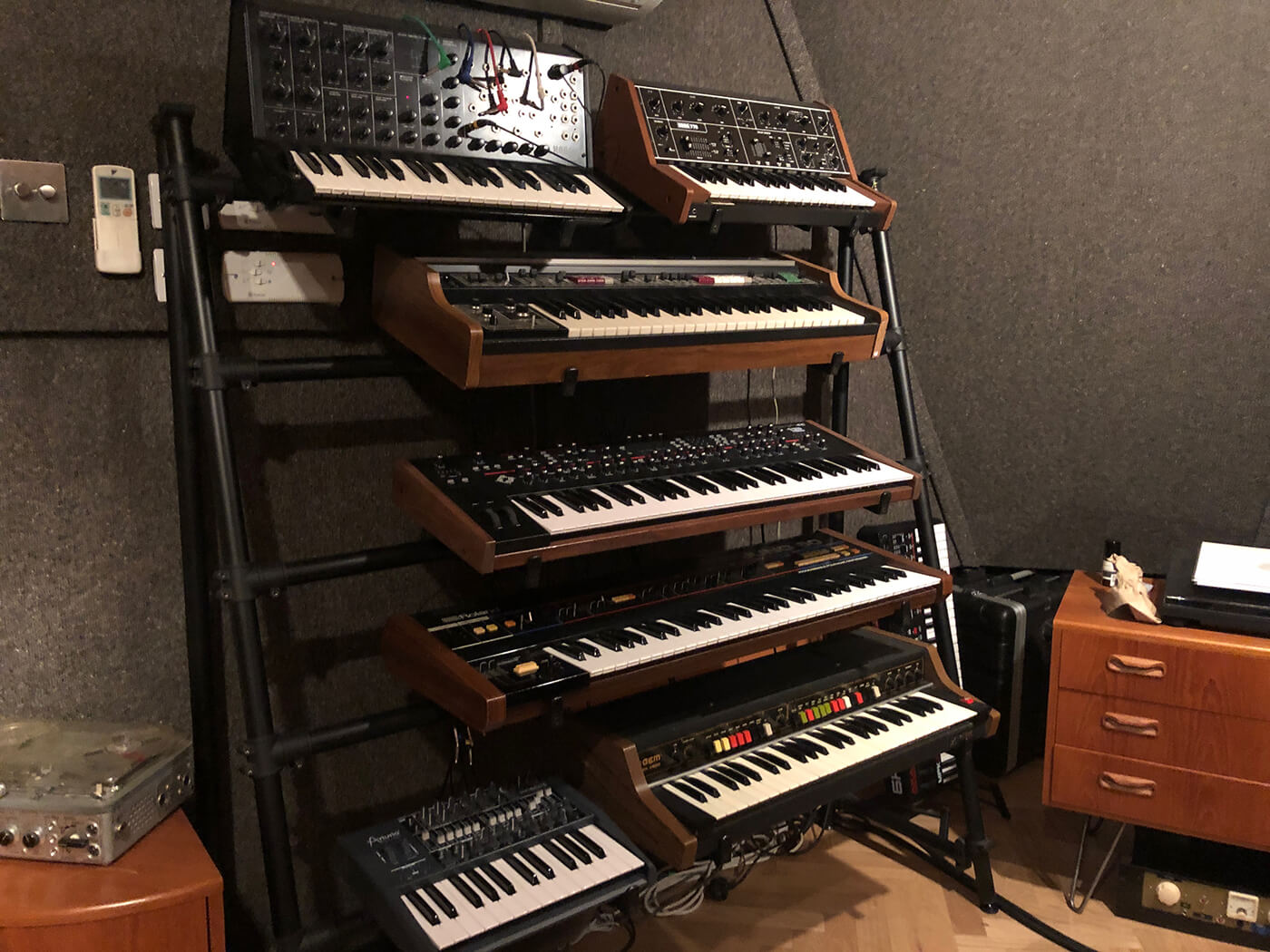 I’ve also go this Gem PK 4900, which is pretty special. It’s one of the very early polysynths from Italy. It’s a pretty strange keyboard that has some really great portamento functionality on it that I’ve never seen any other keyboard do and it’s a lot of fun.

I very rarely use soft synths, but I occasionally use Sylenth, which is just a nice thing that fits in a mix really well. But generally, I like the real thing!

How has your process changed over time and has the development of music technology influenced your workflow?

I think it’s natural to change the way you work regularly. I think it’s healthy, in fact. In many ways, I’m trying to do less during the production process. I’m trying to be hands-on, obviously, but not play so much. Even if the artist doesn’t consider themselves a guitar player, I’d still rather they play the guitar. I’m trying to go more that way, I think. That allows me to devote all of my thought to the sound and to the arrangement.

I always enjoy it when I get to write string arrangements and do a bit of extra keyboards or play a bit of guitar, but yeah, I’m realising that it’s better to allow yourself to enjoy the results more when it’s not me that’s actually playing.

Check out our full interview with Leo here.